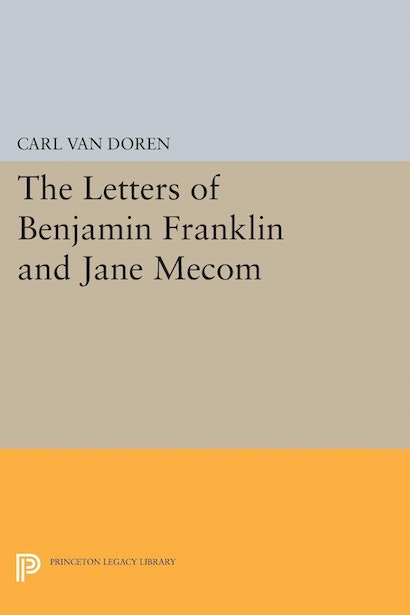 The delightful correspondence between Benjamin Franklin and his favorite sister, with an introduction and notes by Carl Van Doren. Franklin wrote more letters to Jane Mecom than he is known to have written to any other person, and as she emerges through these letters we understand the reasons for the esteem in which he held her. The letters cover a period of over sixty years, give new and intimate glimpses of Franklin and of the times, particularly in Philadelphia and Boston, and will enchant any reader of 18th century Americana.