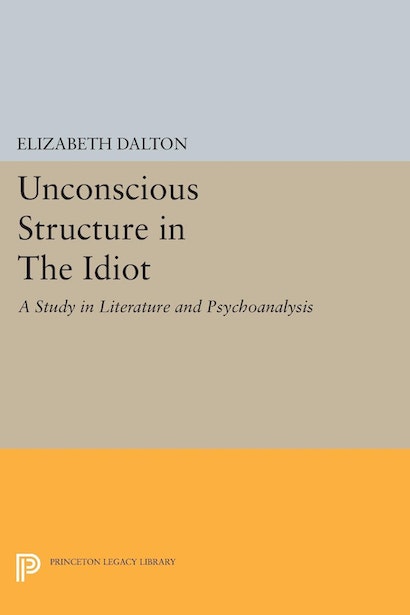 Arguing that psychoanalytic method enlarges and enriches the significance of literature by discovering a fundamental unconscious structure governing meaning and form in the literary text, Elizabeth Dalton presents both a new and lucid reformulation of the theory of psychoanalytic criticism and a penetrating study of Dostoevsky’s great novel, The Idiot. In answering the objections to psychoanalytic criticism, she contends that the method—if properly understood—can be used without falling into reductionism and without recourse to the author’s biography. She then deals with such crucial issues as the connections between dreams and literary creation, the role of repression in art, the relationship between creativity and psychopathology, and the unconscious aspects of language.

Demonstrating this approach in a radical and comprehensive interpretation of Dostoevsky’s novel, the author shows how the enigmatic character of Prince Myshkin, his epilepsy, his mystical insights, his love of Nastasya, and his mysterious involvement with her murderer are all related in a complex pattern of unconscious conflict and fantasy derived from the most primitive and powerful motifs of psychic life. Professor Dalton’s pursuit of unconscious connections into virtually every detail of the novel, accounting for subplots, minor characters, and even for the puzzling flaws in the narrative, fully establishes the importance of psychoanalysis for the study of literature.