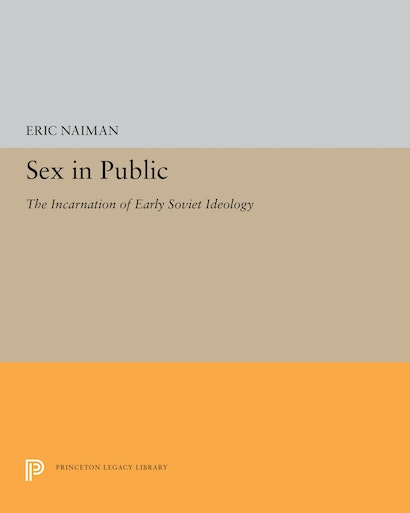 Sex in Public examines the ideological poetics and the rhetoric of power in the Soviet Union during the 1920s, a period of anxiety over the historical legitimacy of Soviet ideology and Bolshevik power. Drawing on a wide range of soruces—Party Congress transcripts, the classics of early Soviet literature, sex education pamphlets, the cinema, crime reports, and early Soviet ventures into popular science—the author seeks to explain the period’s preoccupation with crime, disease, and, especially, sex. Using strategies of reading developed by literary scholars, he devotes special care to exploring the role of narrative in authoritative political texts. The book breaks new ground in its attention to the ideological importance of the female body during this important formative stage of Bolshevik rule.
Sex in Public provides a fundamentally new history of the New Economic Policy and offers important revisionist readings of many of the fundamental cultural products of the early Soviet period. Perhaps most important, it serves as a model for the sort of interdisciplinary work that is possible when historians take literary and ideology theory seriously and when ideology theorists seek to conform to the standards of documentary rigor traditionally demanded by historians. It thus becomes a study that can be read as both positivistic and postmodern.
Eric Naiman is Associate Professor of Russian and Comparative Literature at the University of California, Berkeley.