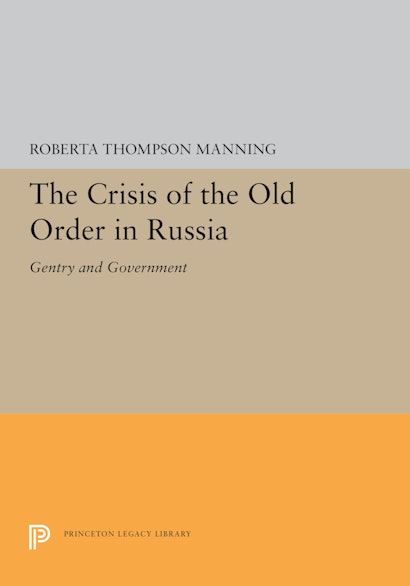 Focusing on the role of the landowning gentry in the First Russian Revolution of 1905-1907, Roberta Manning explores the complex relationship between this traditional social and political elite and the imperial Russian government in the period between the abolition of serfdom and the February Revolution of 1917. In contrast to the commonly accepted view that the 1905 Revolution significantly expanded the circle of people involved in government, Professor Manning argues that the gentry became Russia’s dominant political force after the 1907 coup d’etat. Overwhelmed after Emancipation by economic crisis and a devastating erosion of their role in government service, the gentry utilized the revitalized assemblies of the nobility and the newly founded zemstvos first to agitate for and then to dominate the representative institutions created by the 1905 Revolution.
Through a vast array of primary sources, Professor Manning considers the acquisitions and consequences of the gentry’s augmented political role and presents an updated account of the peasant rebellions of 1905-1907 and their impact on the gentry. Included is a brilliant portrayal of P.A. Stolypin, the period’s most gifted gentry statesman, and of the defeat, accomplished with the aid of gentry pressure groups, of his reform program, the last comprehensive effort to restructure the political order of Imperial Russia.
Studies of this period of Russian history have generally focused on the dramatic confrontation between the Old Regime and its revolutionary adversaries. Here Professor Manning illuminates the equally fateful conflicts within the Russian upper classes.
Roberta Thompson Manning is Associate Professor at Boston College.
Studies of the Russian Institute, Columbia University.