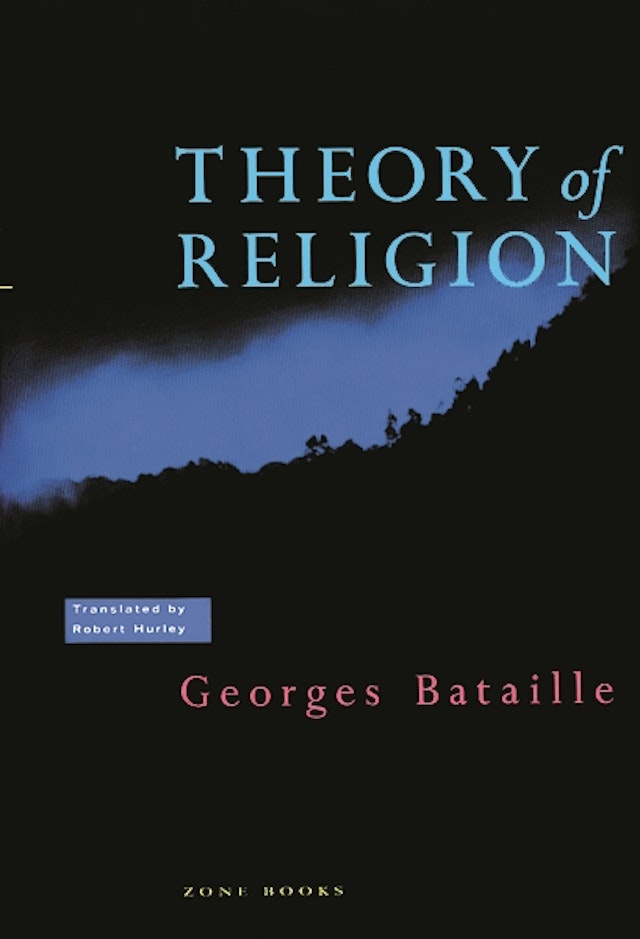 Theory of Religion brings to philosophy what Georges Bataille’s earlier book The Accursed Share brought to anthropology and history, namely, an analysis based on notions of excess and expenditure. No other work of Bataille’s, and perhaps no other work anywhere since Weber’s Protestant Ethic and the Spirit of Capitalism, has managed to draw so incisively the links between man’s religious and economic activities.

“Religion,” according to Bataille, “is the search for a lost intimacy.” In a brilliant and tightly reasoned argument, he proceeds to develop a “general economy” of man’s relation to this intimacy: from the seamless immanence of animality to the shattered world of objects and the partial, ritual recovery of the intimate order through the violence of the sacrifice. Bataille then reflects on the archaic festival, in which he sees not only the glorious affirmation of life through destructive consumption but also the seeds of another, more ominous order — war.

Bataille then traces the rise of the modern military order, in which production ceases to be oriented toward the destruction of a surplus and violence is no longer deployed inwardly but is turned to the outside. In these twin developments one can see the origins of modern capitalism.