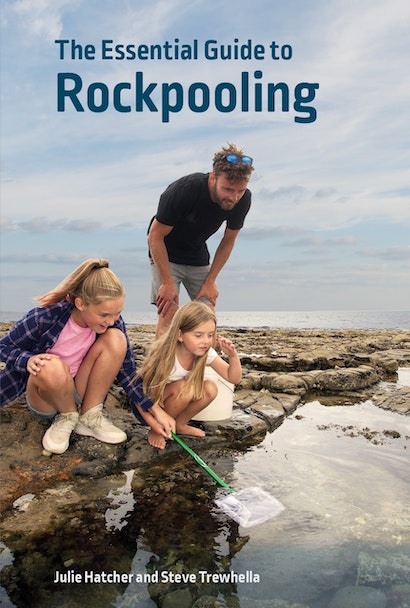 The marine environment is a remarkable place – otherworldly and a source of endless fascination. The rocky shore where land meets sea, its array of life ever-changing with the tides, offers us a chance to explore this hidden world.

This book reveals the astonishing diversity of wildlife on rocky shores and in the rockpools around the coast of Britain and gives readers a greater under-standing of the myriad creatures that can be found using a bit of simple detective work.

Rockpooling is an activity enjoyed by children and adults alike. This guide will make your exploration even more rewarding, whether you are enjoying a day out at the seaside or seeking to expand your knowledge of a unique habitat. ​​​​​​

Julie Hatcher is a marine biologist working in marine conservation in Dorset. Her work involves raising awareness of the marine environment and marine and coastal wildlife in the UK. She has written many articles for newspapers and magazines, as well as designing interpretation panels, posters and leaflets. She also leads guided rockpool rambles and seashore identification training courses and has been a scuba diver for many years, mostly in the UK.

Steve Trewhella is a diver and photographer, specialising in the photography of British marine life above and below the waves. He is also a keen naturalist with a particular interest in the coast and sea. When not diving he enjoys rockpooling, beachcombing and recording some of the more obscure marine and coastal species found in the British Isles. His images are used in publications all over the world and he has worked as a contributor on many natural history television features.

Julie and Steve met in 2004 since when they have organised projects to record strandline invertebrates and intertidal snapping prawns as well as carrying out dive surveys on seahorses and stalked jellyfish in their local area. They married in 2013 and live on the Isle of Purbeck in Dorset.

"This [book] is precisely the sort of start that will produce future marine biologists."—The Biologist

"This book crammed full of species, which even presents the best ways to catch the species so you and the family can have a good look at them."—John Miles, Birdwatching

"For the causal rock pooler, naturalists outside their normal area of expertise or families on holiday then this is a good guide to have that will allow the identification of most organisms found whilst rock pooling."—Roy Stewart, British Naturalist’s Association

"I loved it . . . . The whole book is excellently illustrated with hundreds of great photographs depicting the huge variety of wildlife that can be found."—Andy Karran, Gwent Wildlife Trust

"An excellent volume for the inquisitive seashore investigator . . . . A first class armoury for those who love to explore our shores and learn about their wildlife.”"—Myles O’Reilly, Glasgow Naturalist