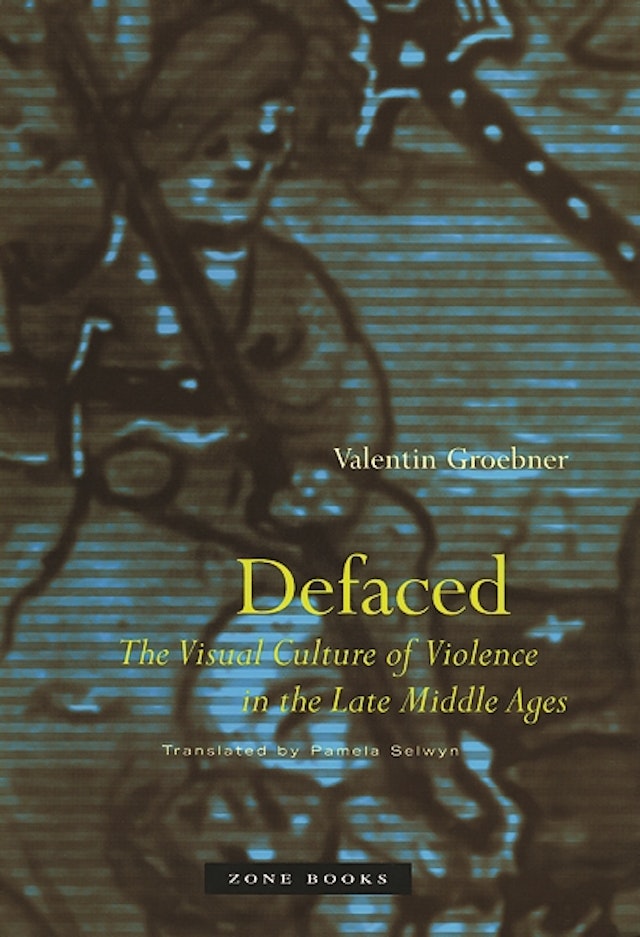 Yet not every spectator saw the same thing when viewing these terrifying images. Whom did one see when looking at an image of violence? What effect did such images have on spectators? How could one distinguish illegitimate violence that threatened and reversed the social order from the proper, “just,” and sanctioned use of force? Addressing these issues, Groebner not only calls into question contemporary habits of thinking about early modern visual culture; he also pushes his readers to rethink how they look at images of brutality in a world of increasing violence.

“Groebner’s is a major new voice in German history writing today. Mixing visual, literary, and archival sources, he paints a mesmerizing portrait of physical disfiguration in early-modern Europe. . . . This book should be required reading for historians of art and literature of the period.”—Joseph Leo Koerner, Harvard University