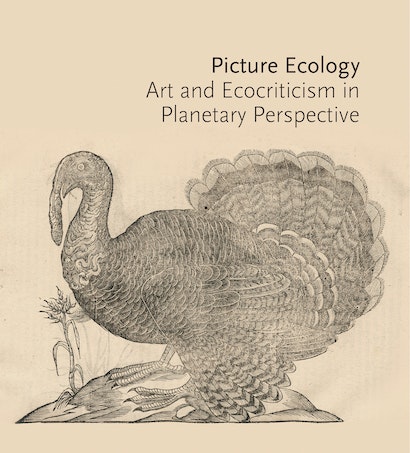 Environmentally speaking, it might be said that Western culture backed the wrong horse with both Christianity and capitalism. Each ingrained a self-centeredness—respectively, inter- and intra-species—that has proven disastrous for the planet. The Judeo-Christian origin story, the biblical Book of Genesis, begins with the command that man, the anointed species, go forth and subdue the earth, and have dominion over the rest of its inhabitants—“over every creeping thing,” as the King James Bible put it in 1611. In espousing that people were created in God’s image, and removing the solitary deity to the distant heavens, this monotheistic system foreclosed belief in the sanctity of earthly things characteristic of animistic and pantheistic traditions, justifying their exploitation for human ends. The result has been centuries of maltreatment and disregard for non-human life, culminating in the industrial grotesqueries of factory animal “husbandry” and quiet acceptance of the accelerating evaporation of thousands of species due to habitat loss and climate change.

As for capitalism, its gradual but now global consolidation undermined the virtue of the commons in favor of individual pursuit, while construing the value of nature as instrumental rather than intrinsic. Around the same time that Charles Darwin was at work on Origin of Species (1859), which enshrined competition as the natural order, Karl Marx theorized in Capital (1867) the irreparable “metabolic rift” resulting from capitalism’s extractive, profit-driven logic, in which essential balances between production, consumption, and regeneration are ignored.

Darwin recognized but focused less on the extent, increasingly understood to be profound, to which life is also productively symbiotic—from the fungi beneath our feet to the hawks protecting hummingbirds above our heads to the trillions of microbes that help constitute us—while capitalist ideology remains predicated on limitless growth, a fallacy in a world of limited resources. And so we find ourselves in the Anthropocene, relentlessly fouling the nest of planet earth for ourselves and everything else. Science has qualified and quantified environmental change, and forecast its future; technology has supplied the means to mitigate it. That our wherewithal to do so has thus far depended on market-based imperatives—which to date have not been imperative enough—only suggests how fatefully entrenched capitalistic ideology has become, while demonstrating that science and economics alone cannot contend with problems that lie significantly beyond routine understanding.

Scientists excel at providing critical information, economists at rationalizing fiscal behavior; but neither can explain our failure to act upon what we know, or, it seems, engender such action. Here the lessons of history, morals, and ethics, and the tools of persuasion, empathy, and the imagination, are required. These are the purview of the humanities, and in the last decade or so, recognizing that the ecological crisis is also a social and cultural crisis, environmentally oriented pursuits in anthropology, philosophy, history, literature, and now art history and visual culture have coalesced under the rubric of the environmental humanities. Its practitioners embrace a more expansive consideration of nature, ecology, and changing understandings of them, including that of the human-nonhuman nexus. While the construct is new, insight along these lines goes back in the US context at least to the transcendentalist philosopher Henry David Thoreau, who in the mid-nineteenth century linked environmental and social criticism, and the pioneering environmentalist George Perkins Marsh, whose Man and Nature (1864) argued that “whereas [others] think that the earth made man, man in fact made the earth.” A century later Aldo Leopold (A Sand County Almanac, 1949), Rachel Carson (Silent Spring, 1962), and Barry Commoner (The Closing Circle, 1971)—all scientists who became social critics—articulated ecological ideas and concerns that inspired the first generation of environmental historians and philosophers during the 1970s.

Ecocriticism, which emerged in the 1990s and focused originally mainly on nature writing, has been a central part of this broader shift. As it is now more widely practiced, ecocriticism might be described as analysis of cultural artifacts, literary and material, that, against the usual anthropocentric mode of the humanities, attends to environmental conditions and history and to questions of ecology—the study of living beings in relation to their surroundings—exploring how humans have differently construed and been inflected by these things across time and cultures. Ecocriticism acknowledges the existence, standing, and agency of the great diversity of life on earth, giving a moral purchase to other kinds of life in the analysis of culture. Increasingly, ecocritics have affirmed the importance of social politics to the practice, particularly environmental justice and feminist perspectives, even as posthumanism—manifest in new thinking about animal ethology, the agency of materials, received ontological paradigms, and more—has further destabilized anthropocentrism, extending the scope and implications of justice. A complete definition of ecocriticism thus entails ethical and often activist dimensions relating to both human and nonhuman life.

Approaching visual culture ecocritically, as do the essays gathered together in Picture Ecology: Art and Ecocriticism in Planetary Perspective, affords distinctive insight into current and previous environmental worldviews, allowing us to contextualize and more effectively contend with the troubled epistemologies and ideologies that informed our path to the present, while encouraging more enlightened—just, ecumenical, and sustainable—ways forward. Its contributions, ranging topically from 11th-century Chinese painting to contemporary photography of California wildﬁres, introduce an array of ecocritical issues, while capturing some of the temporal, geographic, and methodological scope of the practice in art history and contemporary culture. Cohering them implicitly or explicitly is a commitment to approaching environmental criticism in ethical terms—to exploring not just how an ecological perspective might help us newly understand visual culture, and culture itself, but why it matters in moral and increasingly practical ways that both engage and extend beyond the cultural, historical, and species-specific focus of art’s makers and subjects.

In his new novel, Bewilderment, Richard Powers (The Overstory) tells of a young boy hyper-attuned to the loss engulfing the world’s living creatures. Seeking to make sense of it, his father, an astrobiologist, muses, “That’s the ruling story on this planet. We live suspended between love and ego.” If capitalism inclines us toward the latter, individually, and Christianity the same way as a species, ecocriticism, in its consideration and embrace of life writ large, bends toward love—of all things, and their right equally to inhabit the earth.

Karl Kusserow is the John Wilmerding Curator of American Art at the Princeton University Art Museum.