*Available for US bookings Spring 2023*

Jim Al-Khalili is an Iraqi-born theoretical physicist at the University of Surrey, where he holds a Distinguished Chair in physics as well as a university chair in the public engagement in science. He is also a prominent author and broadcaster. He has written 14 books on popular science and the history of science, between them translated into twenty-six languages. His latest books include The Joy of Science and The World According to Physics, which was shortlisted for the Royal Society Book Prize. He is a regular presenter of TV science documentaries, such as the Bafta nominated Chemistry: a volatile history, and he hosts the long-running weekly BBC Radio 4 program, The Life Scientific. He tweets at @jimalkhalili.

Despite his profile as a public scientist, Jim has continued to teach undergraduate physics students in an unbroken run of 29 years. He is a past president of the British Science Association and a recipient of the Royal Society’s Michael Faraday medal and the Wilkins-Bernal-Medawar Medal, the Institute of Physics Kelvin Medal and the Stephen Hawking Medal for Science Communication. He is a Patron and Vice-President of Humanists UK. He received an OBE in 2007 for ‘services to science’. You can see his TED talk here.

For more information about engaging Jim to speak, please email our PUP Speaks team via katie_stileman@press.princeton.edu 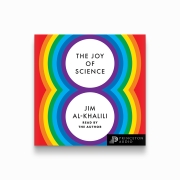 Listen in: The Joy of Science The Joy of Science, narrated by acclaimed quantum physicist Jim Al-Khalili, presents 8 short lessons on how to unlock the clarity, empowerment, and joy of thinking and living a little more scientifically. Read More

Scientific rationalism in an irrational world As a young student in the mid-1980s, I read a popular science book called To Acknowledge the Wonder by Euan Squires about the then latest ideas in fundamental physics. At a time when I was contemplating a career in physics, the chance to acknowledge ... Read More 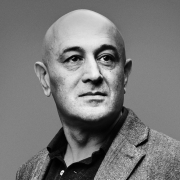 Jim Al‑Khalili on The World According to Physics Shining a light on the most profound insights revealed by modern physics, Jim Al‑Khalili invites us all to understand what this crucially important science tells us about the universe and the nature of reality itself. Read More 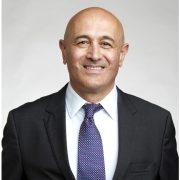 An interview with Jim Al‑Khalili on The World According to Physics Making even the most enigmatic scientific ideas accessible and captivating, quantum physicist, New York Times bestselling author, and BBC host Jim Al‑Khalili offers a fascinating and illuminating look at why physics matters to everyone. Read More