‘ Dr Eddie Cole was absolutely amazing. I enjoyed everything about the event’ – Participant in Bloomington MLK Day Celebrations

‘We’ve heard such positive feedback about Dr Cole’s session, and hope to work with him again in the future’ – Association of American Medical Colleges

Eddie R. Cole is Associate Professor of Higher Education and Organizational Change at UCLA. His research focuses on college presidents’ historic role in shaping racial policies and practices both inside and outside of the educational sphere. His book The Campus Color Line: College Presidents and the Struggle for Black Freedom - called “groundbreaking”, “essential”, and “required reading” by reviewers - was described by New York Times–bestselling author Ibram X. Kendi as “a stunning and ambitious origins story… embedded with breath-taking narratives recovered from meticulous research.” He tweets at @EddieRCole.

Eddie’s scholarship and public writing has been featured in The Washington Post, Los Angeles Times, and Chronicle of Higher Education, and he has appeared as an expert commentator on BBC World News and C-Span BookTV. In 2021 and 2022, he was named by Education Week as one of “the top university-based scholars in the U.S. who did the most last year to shape educational practice and policy.” He received the 2018 Early Career Award from the Association for the Study of Higher Education and in 2017 was recognized by the Woodrow Wilson National Fellowship Foundation as a professor poised “to play a significant role in shaping American higher education.” Also notable is his selection as a 2015 National Academy of Education/Spencer Foundation Postdoctoral Fellowship, one of the most prestigious awards for scholars working in critical areas of education research.

Eddie is frequently invited to participate in Dean’s Distinguished Speaker Series and is in high demand as a speaker for both campus and municipal MLK Day and Black History Month celebrations. An example of him addressing the community of students and faculty at Princeton University is available here.

Eddie Cole on town and campus conflict In recent months the media have closely followed the issues of student housing at Berkeley, highlighting the tensions that frequently arise between university campuses and those living around them. Read More

Power, racism, and the role of the university In October 2020, I sat down with historian Khalil Gibran Muhammad for an event about my book, The Campus Color Line. It was a lively conversation, ranging from discussions about reparations in higher education to questioning who should lead U.S. coll... Read More 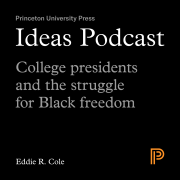 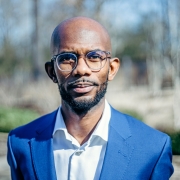 Campus racism and how history can inform college leaders today College presidents have described the uncertainty within higher education due to the coronavirus pandemic and subsequent economic downturn as “uncharted territory.” Read More