In this audiobook, acclaimed actor Simon Callow narrates the gripping untold story of Michelangelo's final decades—and his transformation into one of the greatest architects of the Italian Renaissance 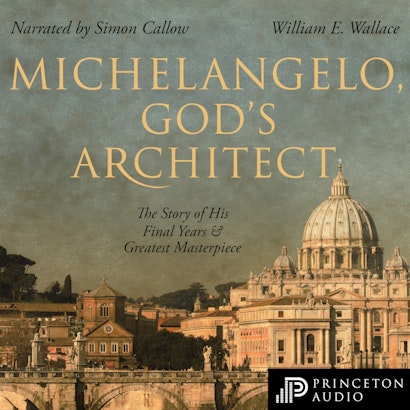 Leading Michelangelo expert William Wallace sheds new light on this least familiar part of Michelangelo’s biography, revealing a creative genius who was also a skilled engineer and enterprising businessman. The challenge of building St. Peter’s deepened Michelangelo’s faith, Wallace shows. Fighting the intrigues of Church politics and his own declining health, Michelangelo became convinced that he was destined to build the largest and most magnificent church ever conceived. And he was determined to live long enough that no other architect could alter his design.