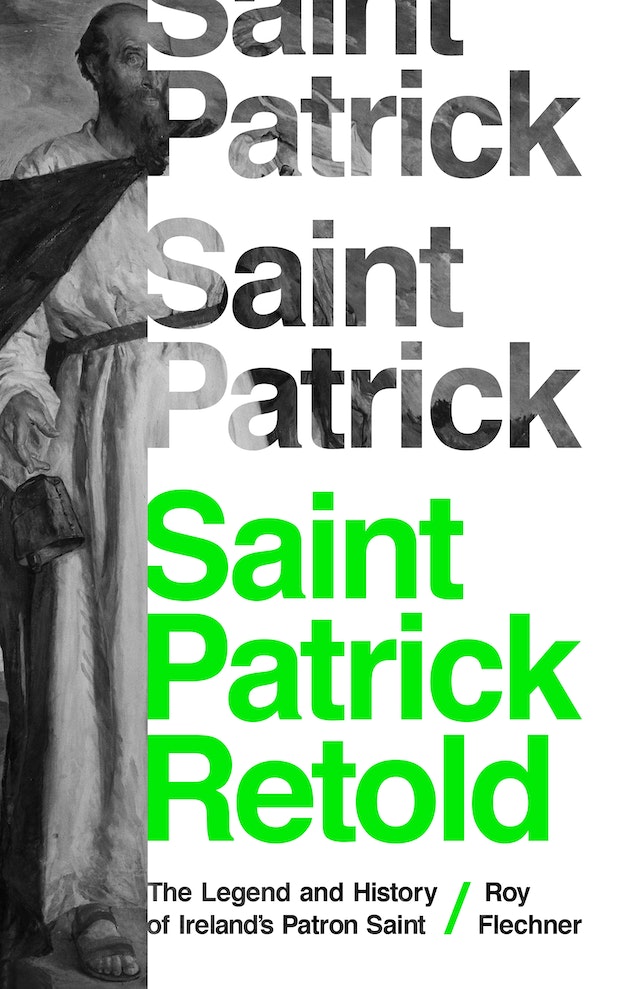 Saint Patrick was, by his own admission, a controversial figure. Convicted in a trial by his elders in Britain and hounded by rumors that he settled in Ireland for financial gain, the man who was to become Ireland’s patron saint battled against great odds before succeeding as a missionary. Saint Patrick Retold draws on recent research to offer a fresh assessment of Patrick’s travails and achievements. This is the first biography in nearly fifty years to explore Patrick’s career against the background of historical events in late antique Britain and Ireland.

Roy Flechner examines the likelihood that Patrick, like his father before him, might have absconded from a career as an imperial official responsible for taxation, preferring instead to migrate to Ireland with his family’s slaves, who were his source of wealth. Flechner leaves no stone unturned as he takes readers on a riveting journey through Romanized Britain and late Iron Age Ireland, and he considers how best to interpret the ambiguous literary and archaeological evidence from this period of great political and economic instability, a period that brought ruin for some and opportunity for others. Rather than a dismantling of Patrick’s reputation, or an argument against his sainthood, Flechner’s biography raises crucial questions about self-image and the making of a reputation.

From boyhood deeds to the challenges of a missionary enterprise, Saint Patrick Retold steps beyond established narratives to reassess a notable figure’s life and legacy.

Roy Flechner is associate professor of early medieval history at University College Dublin. His books include The Hibernensis (two volumes) and Making Laws for a Christian Society. He lives in Dublin.

"Highly readable despite the complexity of the material, it serves as a scrupulous guide to the shifting web of actuality and myth that characterises Patrick’s life and cult."—William Laffan, Sunday Times

"Saint Patrick Retold is that rare amalgam of academic rigour and stylish storytelling which will appeal as much to the general reader as to those engulfed in the discipline."—Joe Culley, History Ireland

"Flechner’s authorial aim is both academic and popular. . . . Patrick does come across as a genuinely interesting personality."—Mary Kenny, The Spectator

"Flechner has a good eye for a story. . . . This book does its subject justice."—Nicholas Cranfield, Church Times

"As clear a picture as we are likely to have of Patrick, in the context of the Ireland of his time, and also in regard to the legend that developed after his death."—David Platzer, Catholic Herald

"Flechner . . . has produced an excellent book . . . Flechner dissects the mythology surrounding Patrick on the grounds of his own writings and other evidence from Roman writers."—Dan Taraghan, Socialist Voice

"Flechner includes lively anecdotes for the diligent reader which will delight studious recipients of compiled data. . . . [S]cholars may turn to it for what we may distinguish as the latest suppositions as to dependable deductions or as fanciful speculations about this most storied of Ireland's many saints."—John L. Murphy, Reading Religion

"Flechner’s account of the saint and his times is rich and rewarding. . . . It would be comforting, if highly improbable, to envision future St. Patrick’s Days on which revelers cut back on raucous partying and spent time reading Flechner’s search for Ireland’s national saint. Spiritually as well as intellectually, it would be time well spent."—Peter Quinn, Commonweal Magazine

"Flechner’s interpretation shows Patrick in a new light and expands our view of Ireland’s relationship to the later Roman Empire and our view of Hiberno-Roman relations. . . . This is a novel and exciting new perspective on Patrick’s career."—John Higgins, New England Classical Journal

"[Flechner] emphasizes a critical and objective approach and encourages his audience to follow suit."—Medievally Speaking

“This superb and stylishly executed work does a splendid job of surveying the life of Patrick, ending with a helpful overview of later developments of the saint in popular culture. Filling a gap, this impressive work will be gratefully received by historians of late antiquity and early medieval Britain and Ireland, and Celticists, not to mention a large body of general readers.”—Mark Williams, author of Ireland’s Immortals

“Drawing on sources as diverse as archaeology, canon law, and social theory, Roy Flechner shifts our perspective on Patrick by situating him firmly within the broader context of the late Roman Empire, post-Roman Britain, and early medieval Europe. Flechner’s probing exploration of Patrick’s own writings within this framework sheds new light on the figure of Ireland’s national saint.”—Catherine McKenna, Harvard University

“In recent years, many new sources about Patrick, the patron saint of Ireland, have been excavated and new theories formulated, so the time is ripe for a reevaluation of Patrick’s life and work. Roy Flechner, a rising star in early medieval Irish history, is the right person for this task. This engaging book will no doubt become a bestseller among Patrick’s fans throughout the world, as well as those interested in early medieval Ireland, its culture, and its saints.”—Yitzhak Hen, author of Roman Barbarians