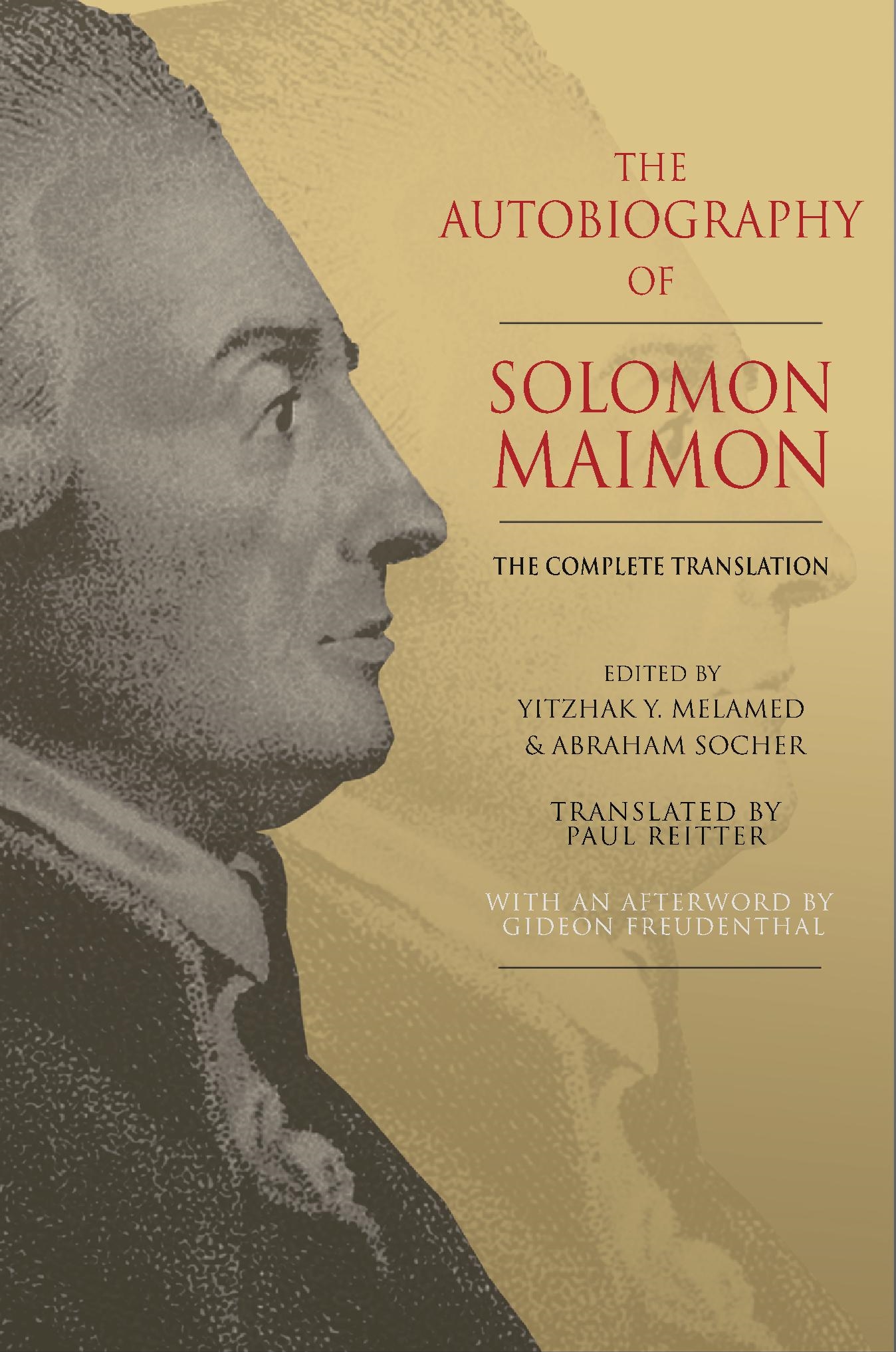 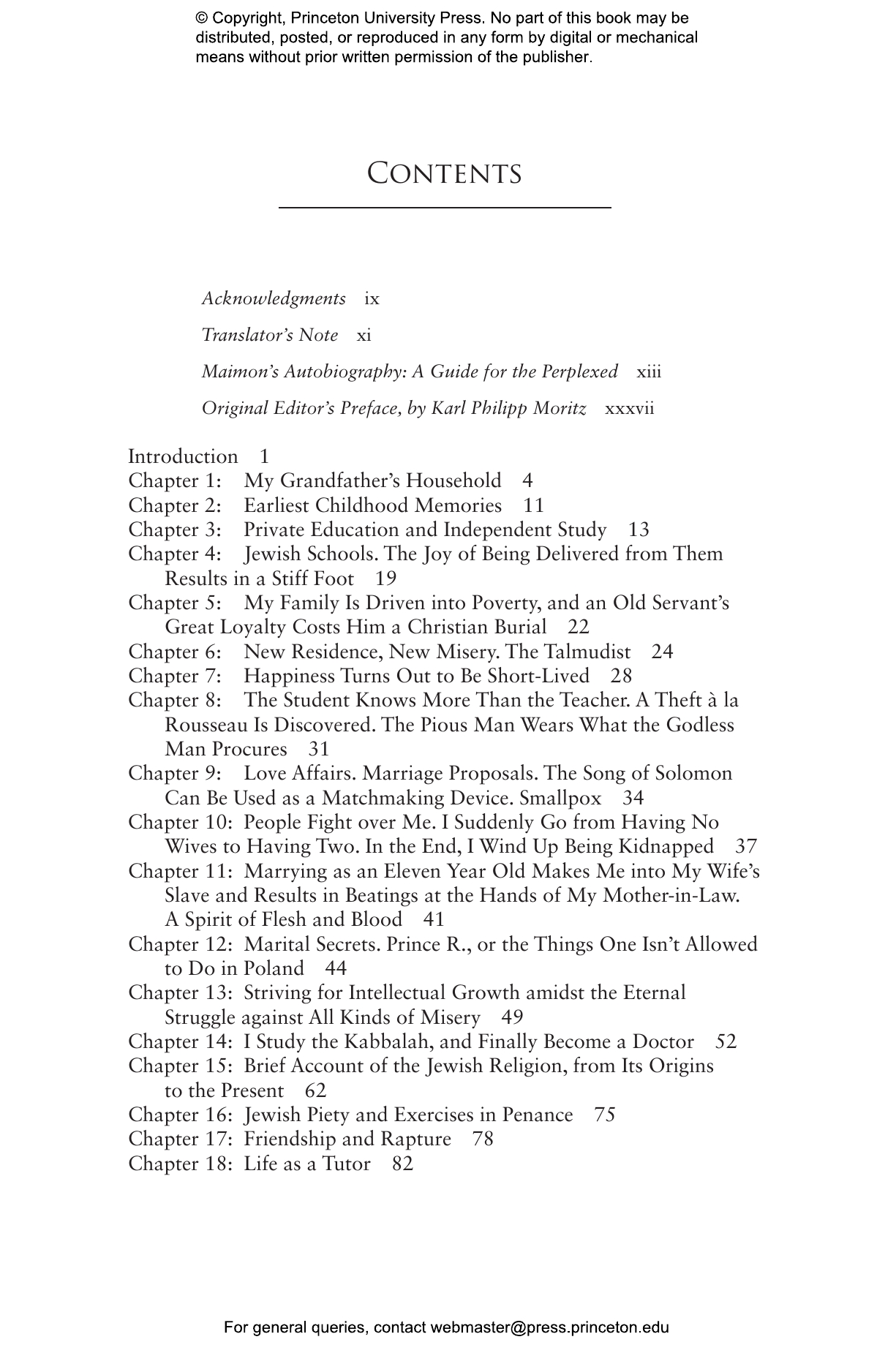 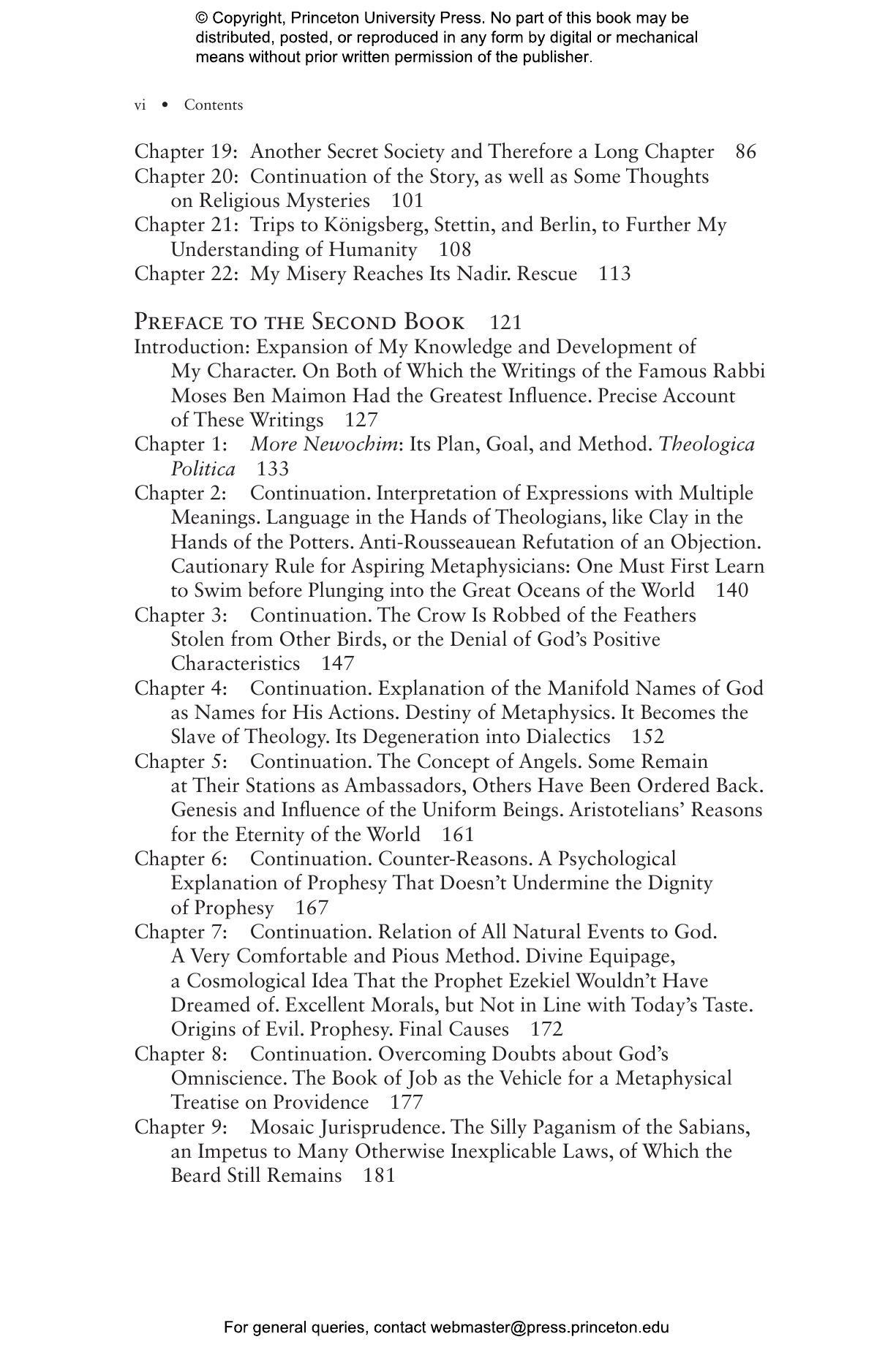 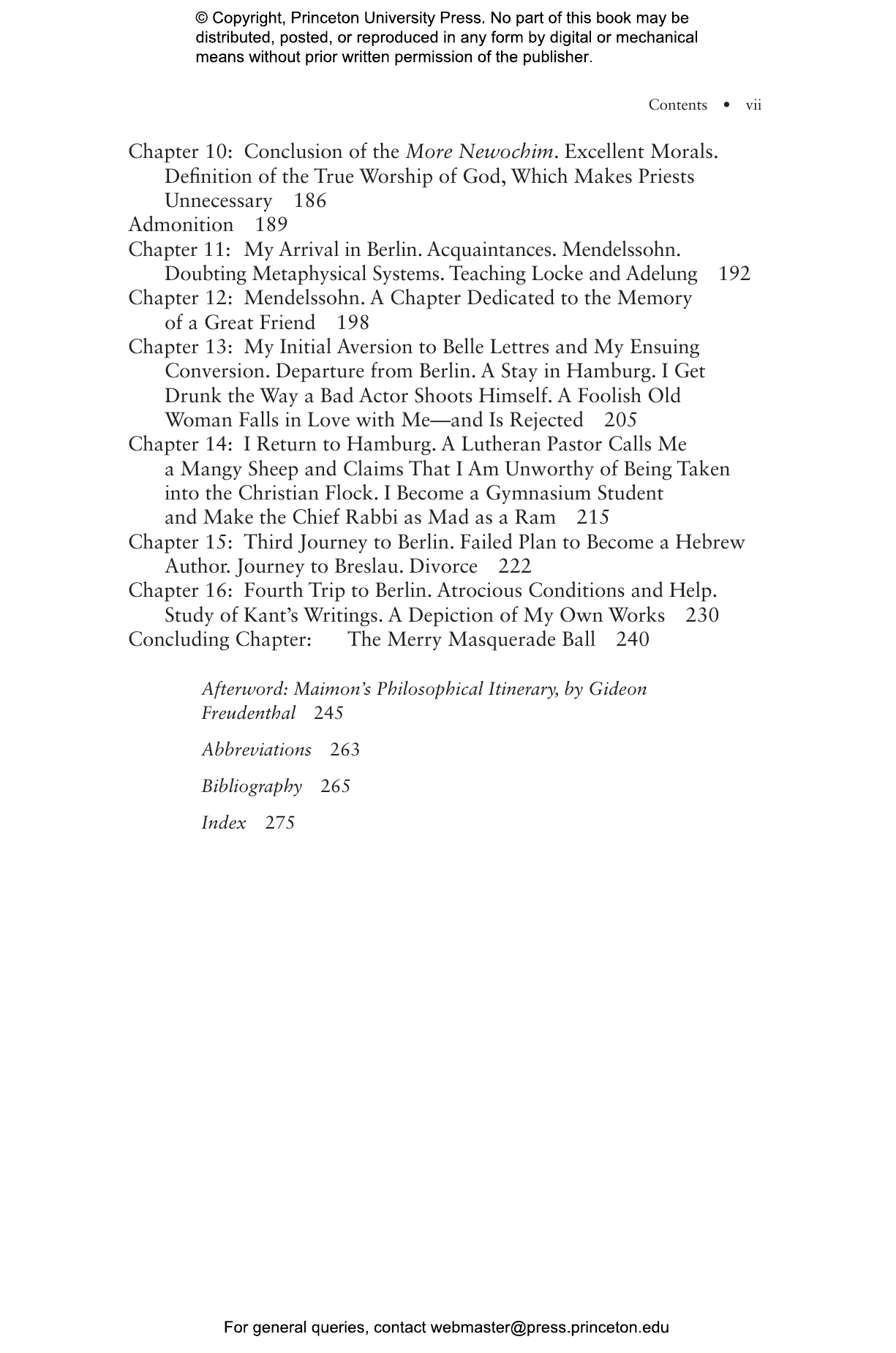 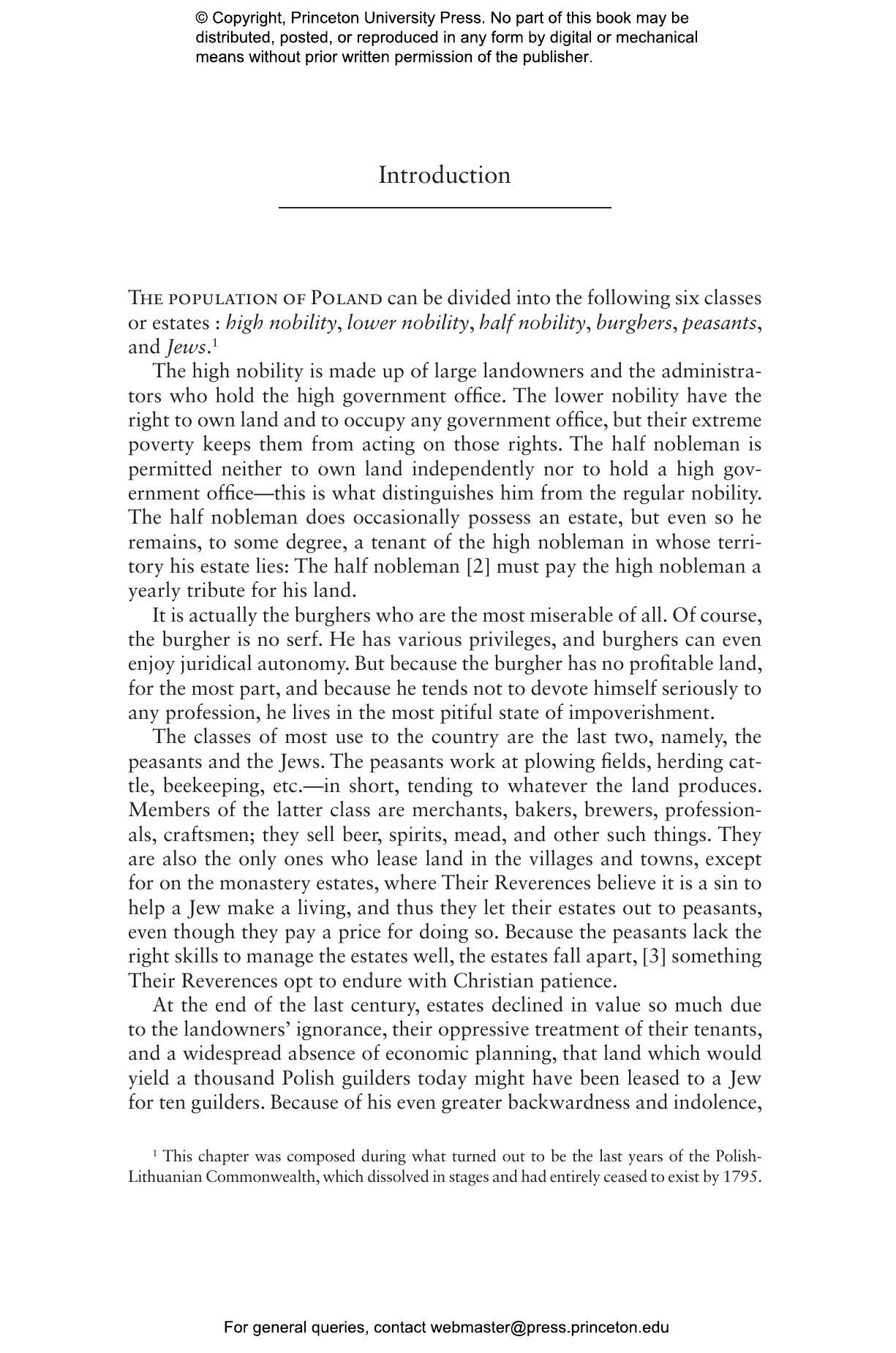 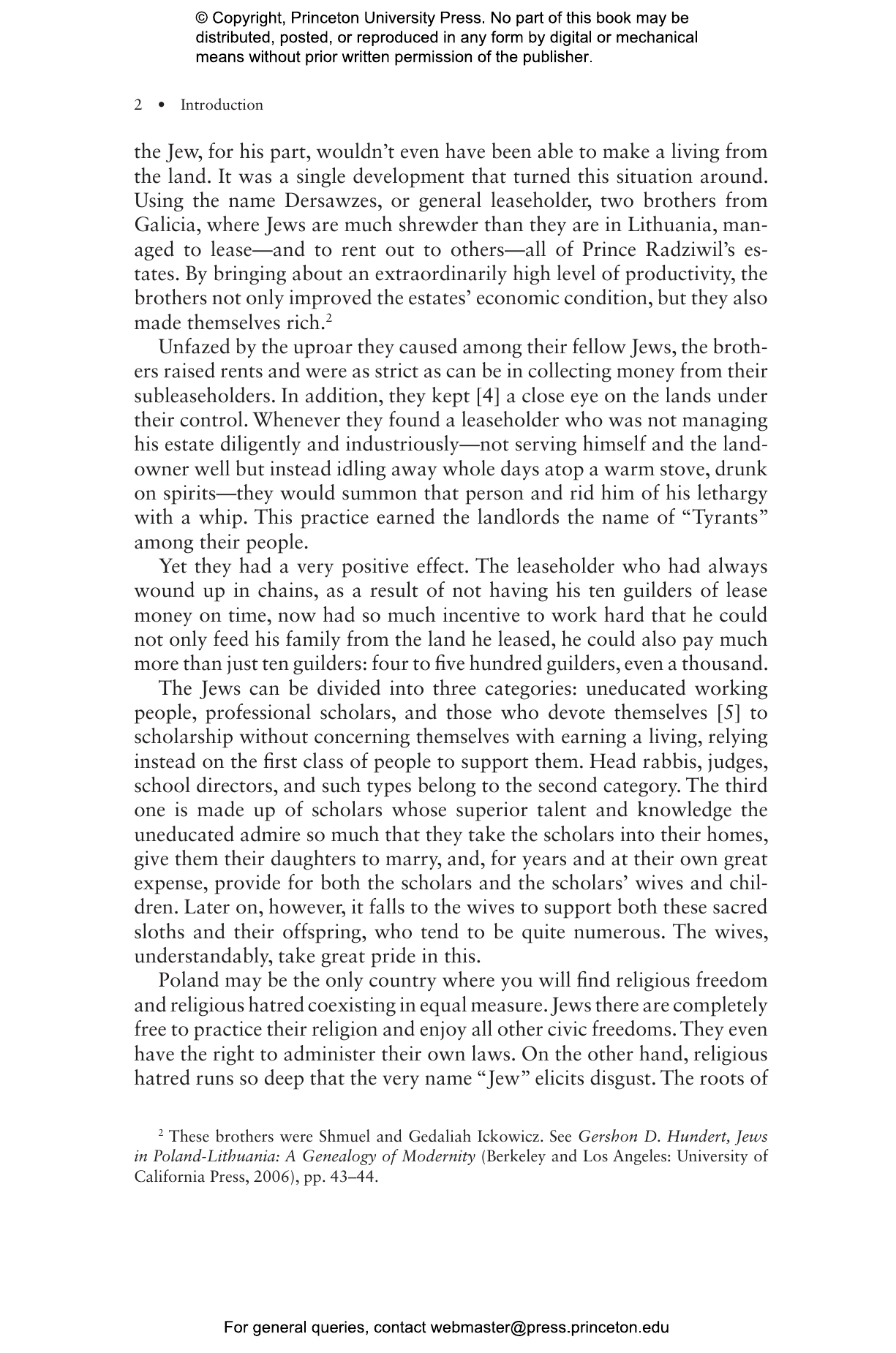 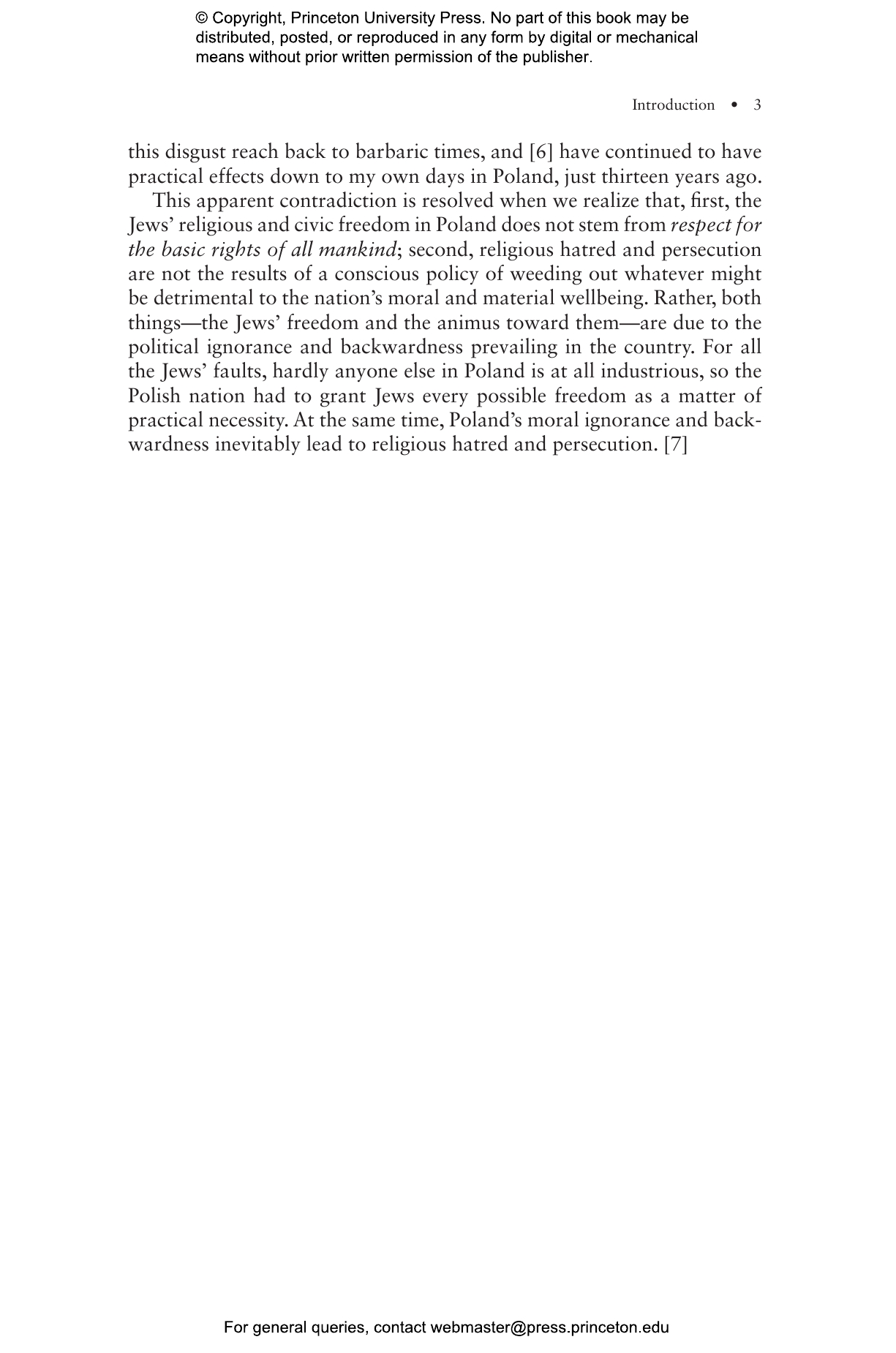 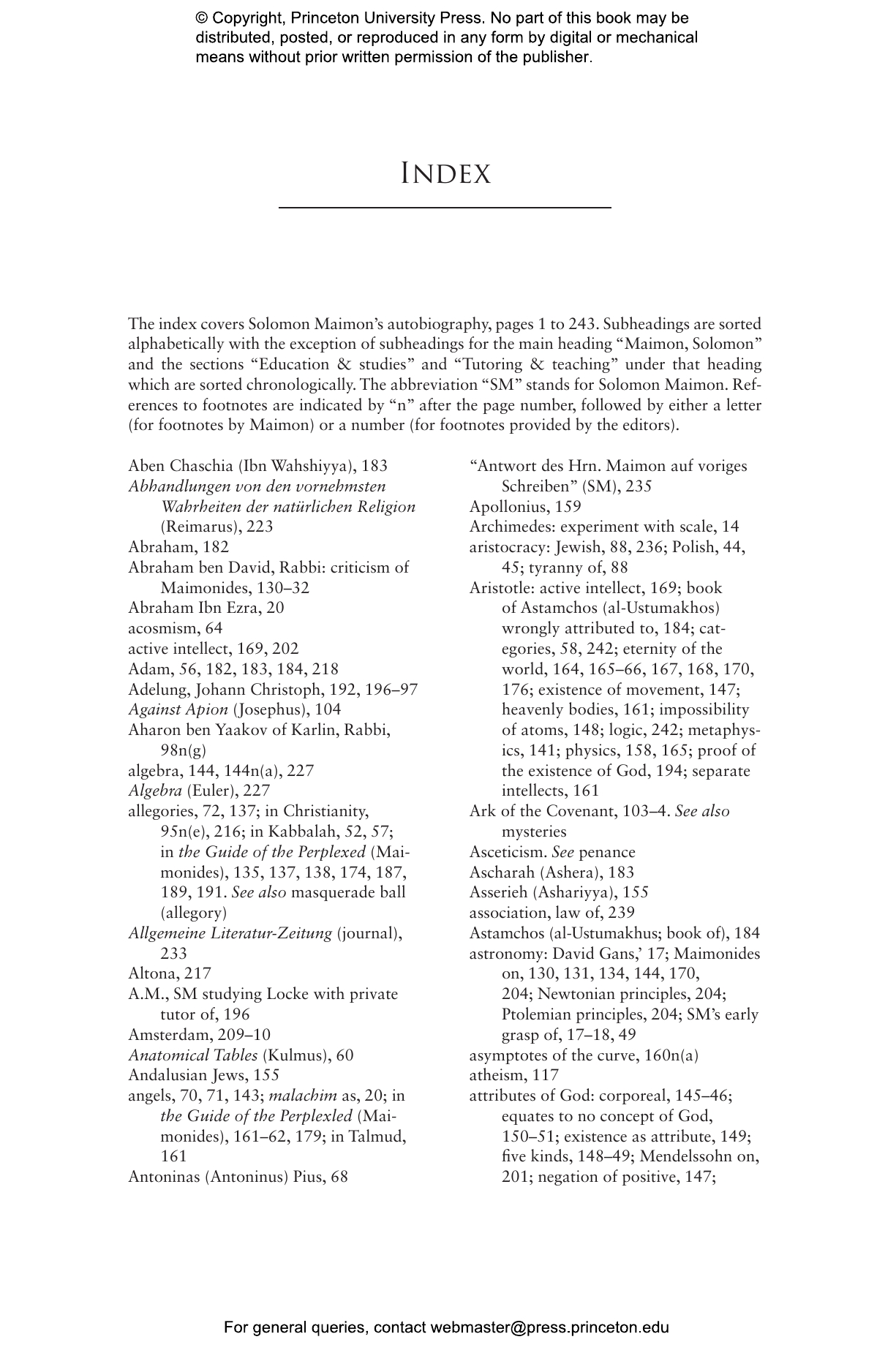 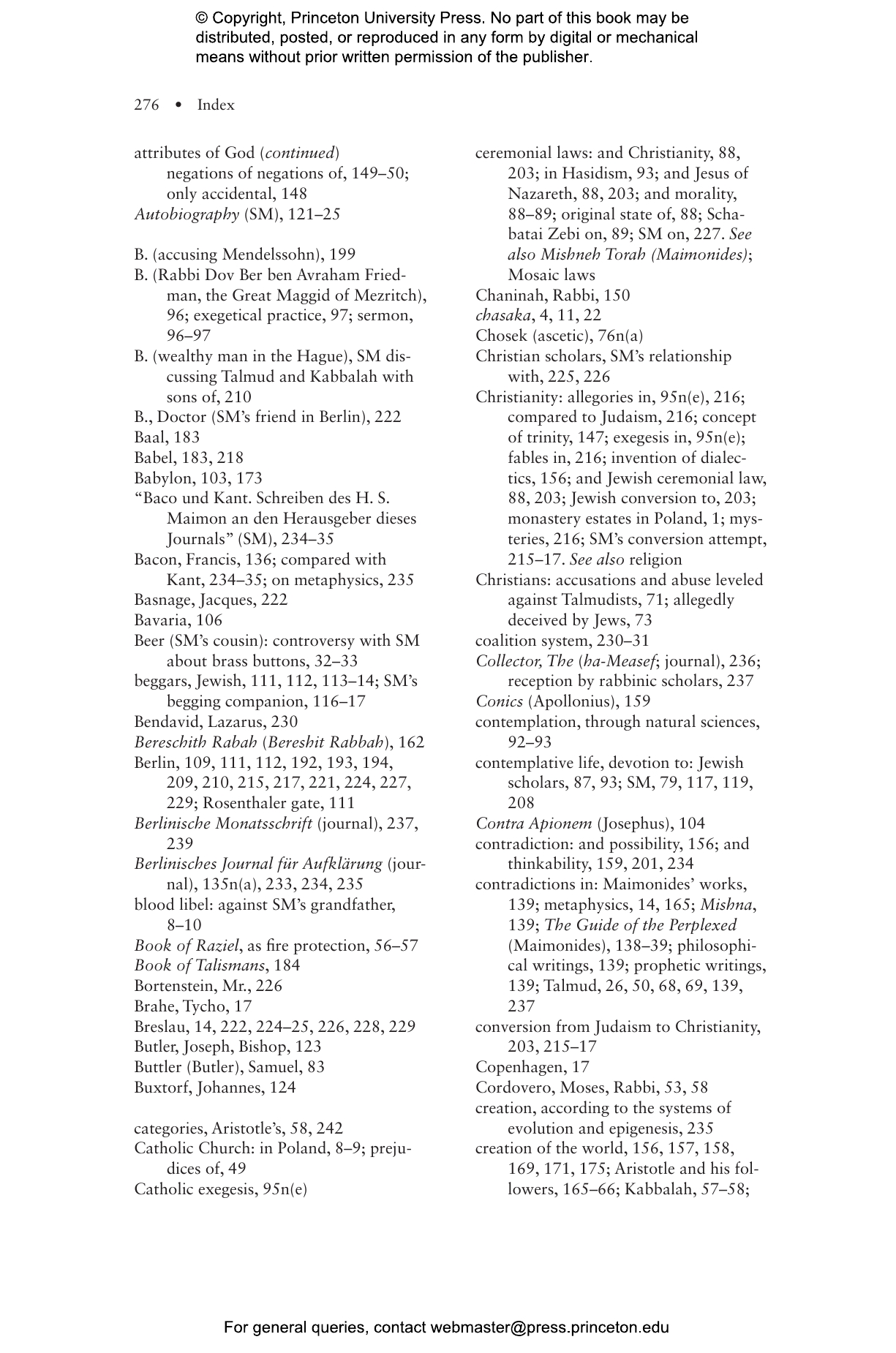 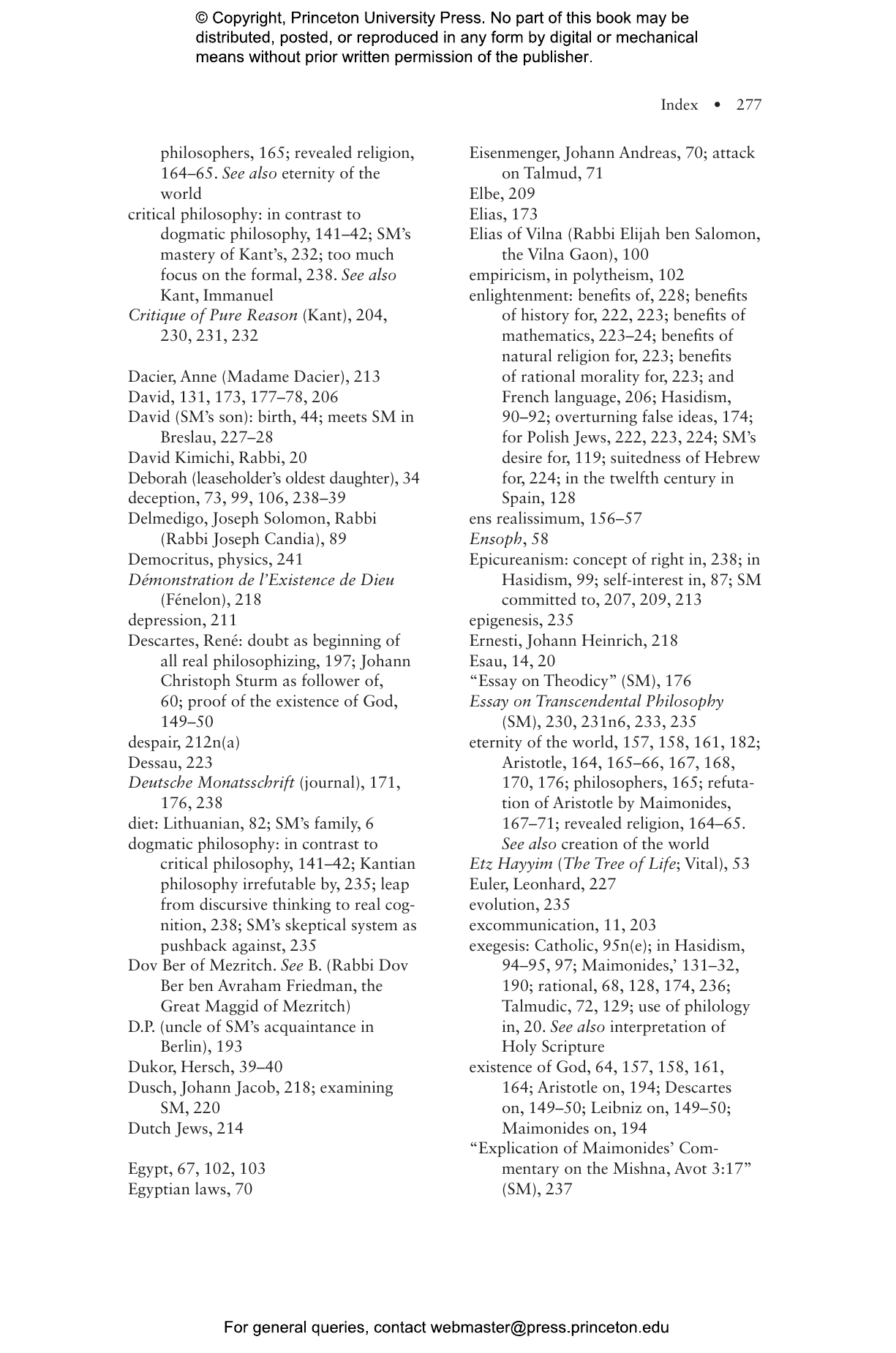 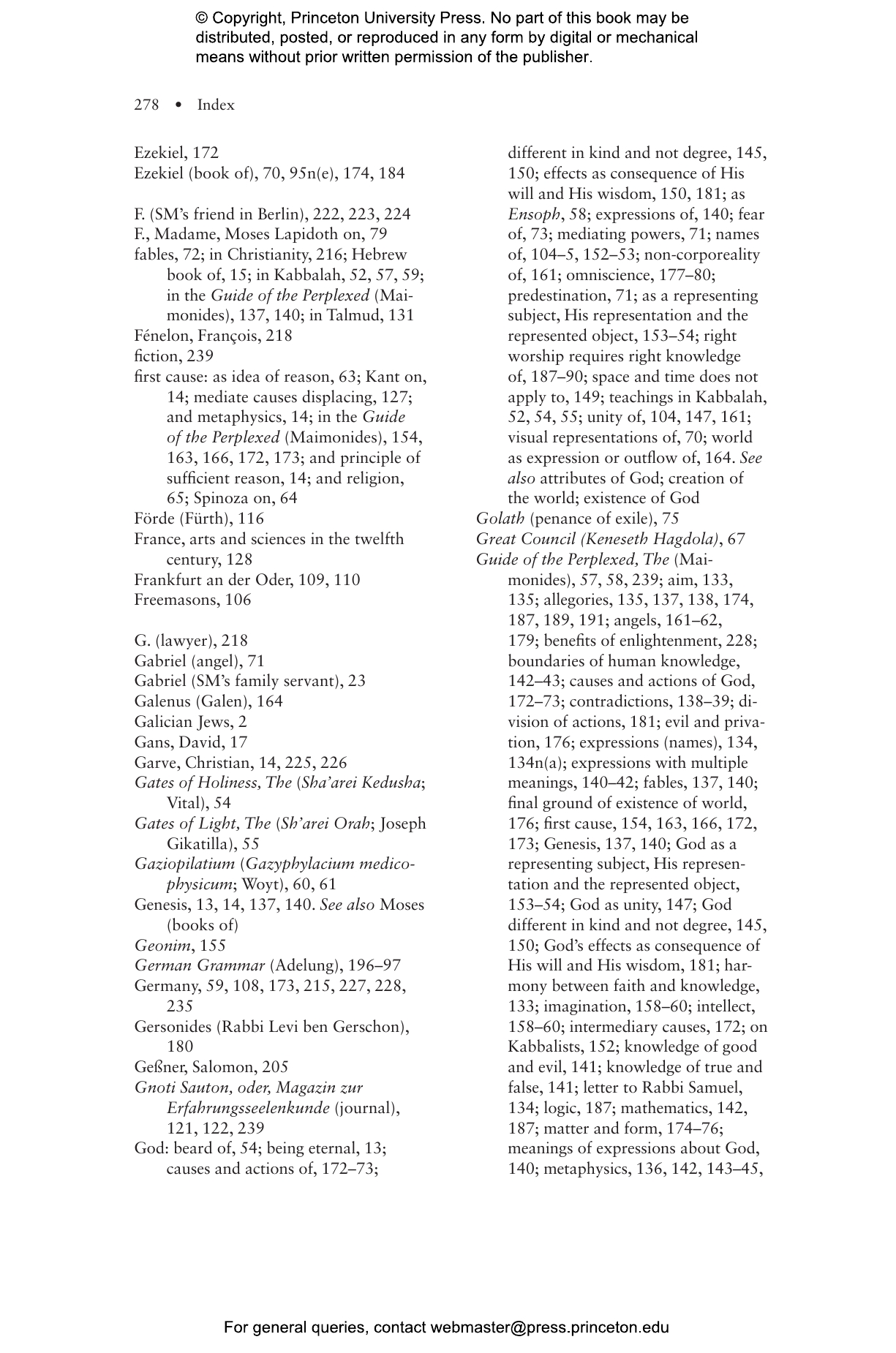 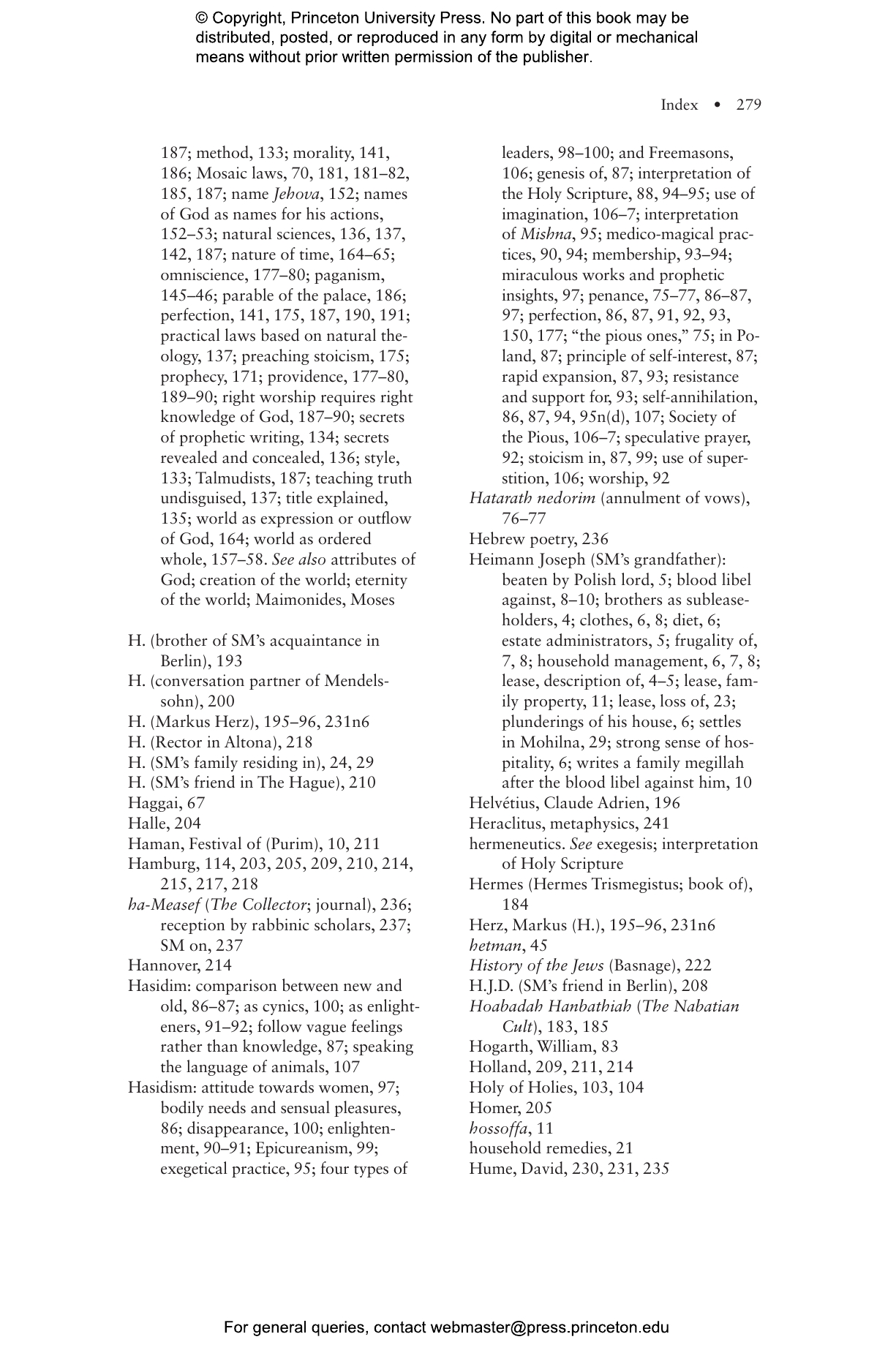 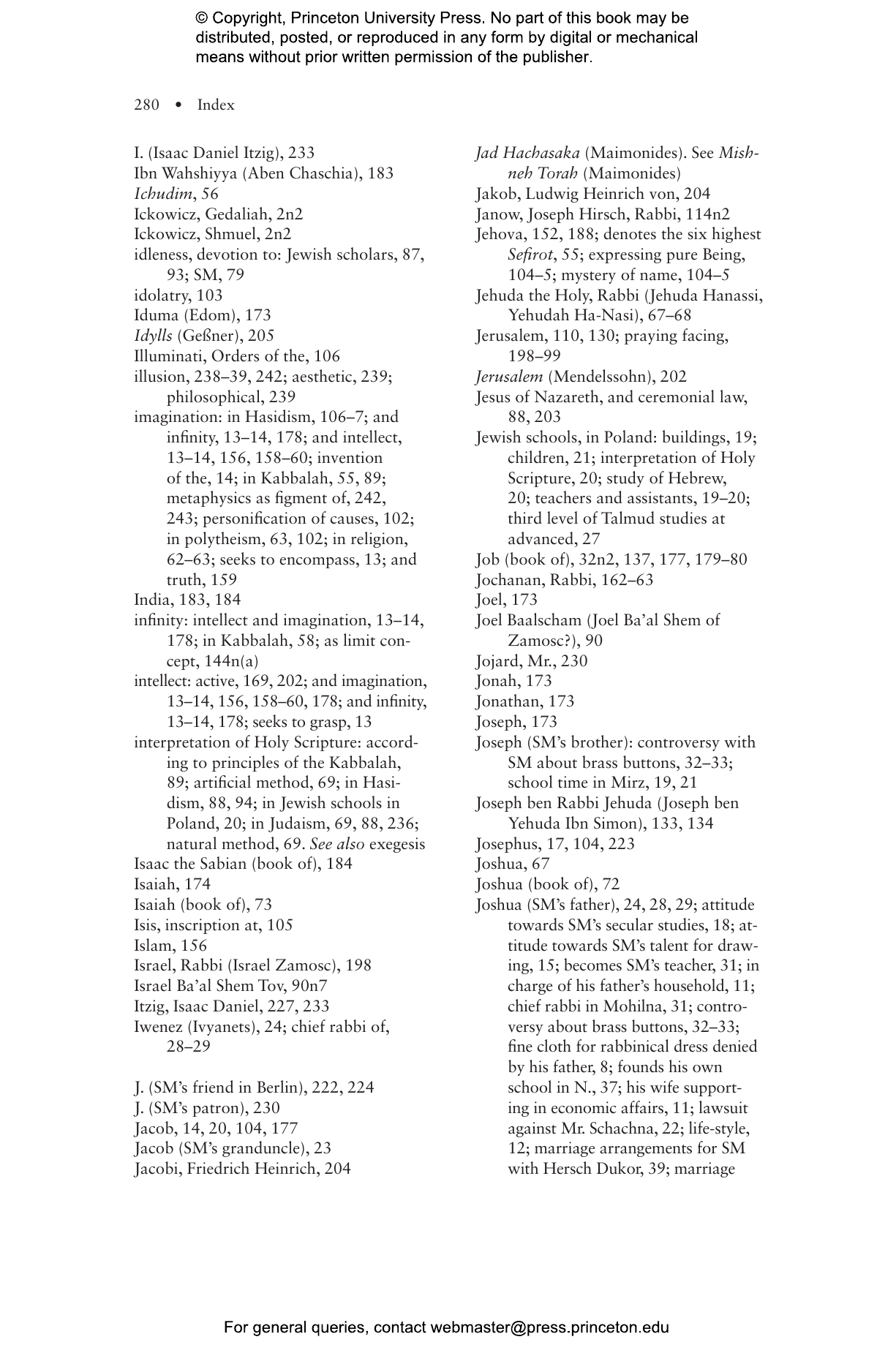 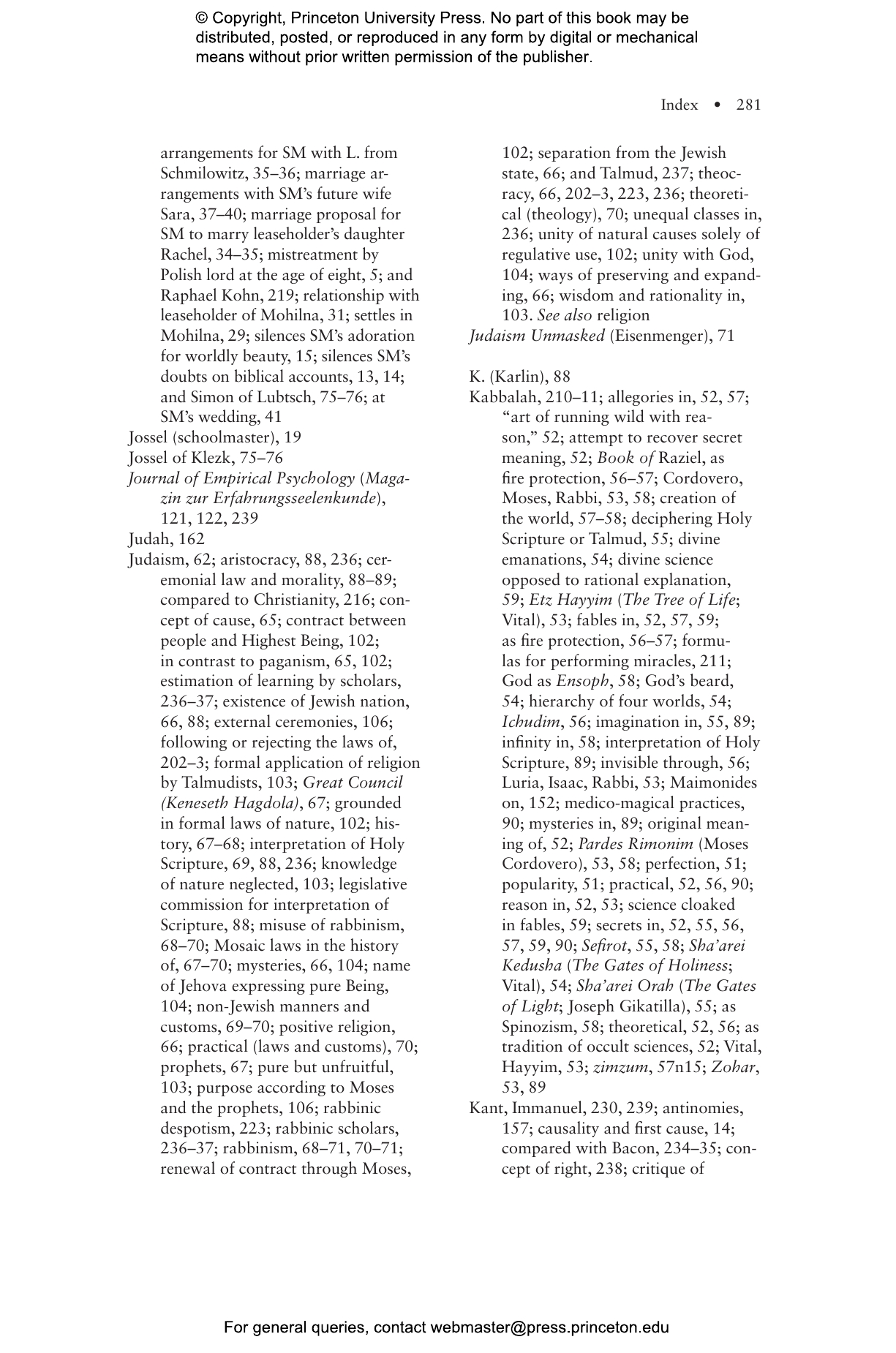 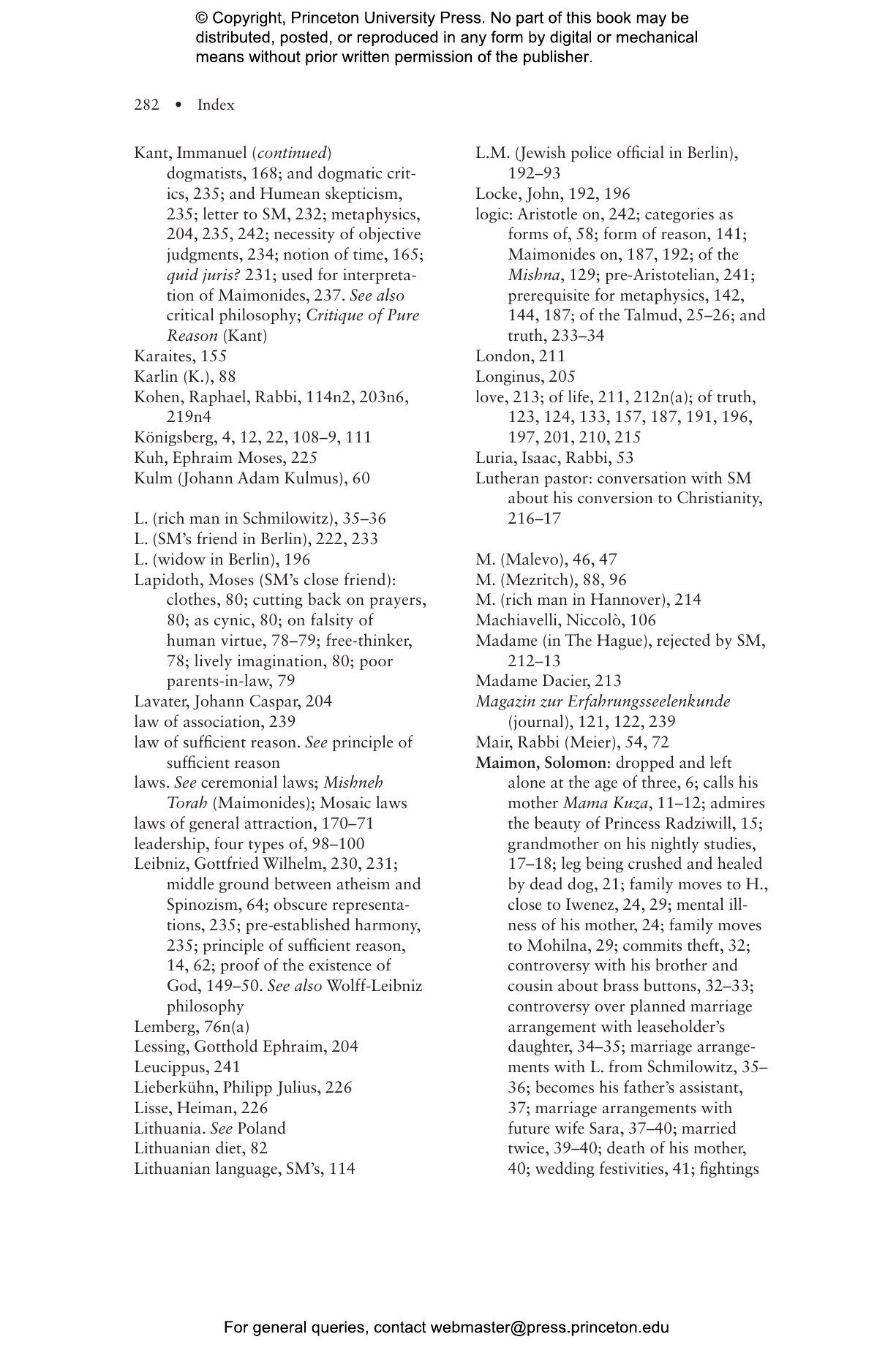 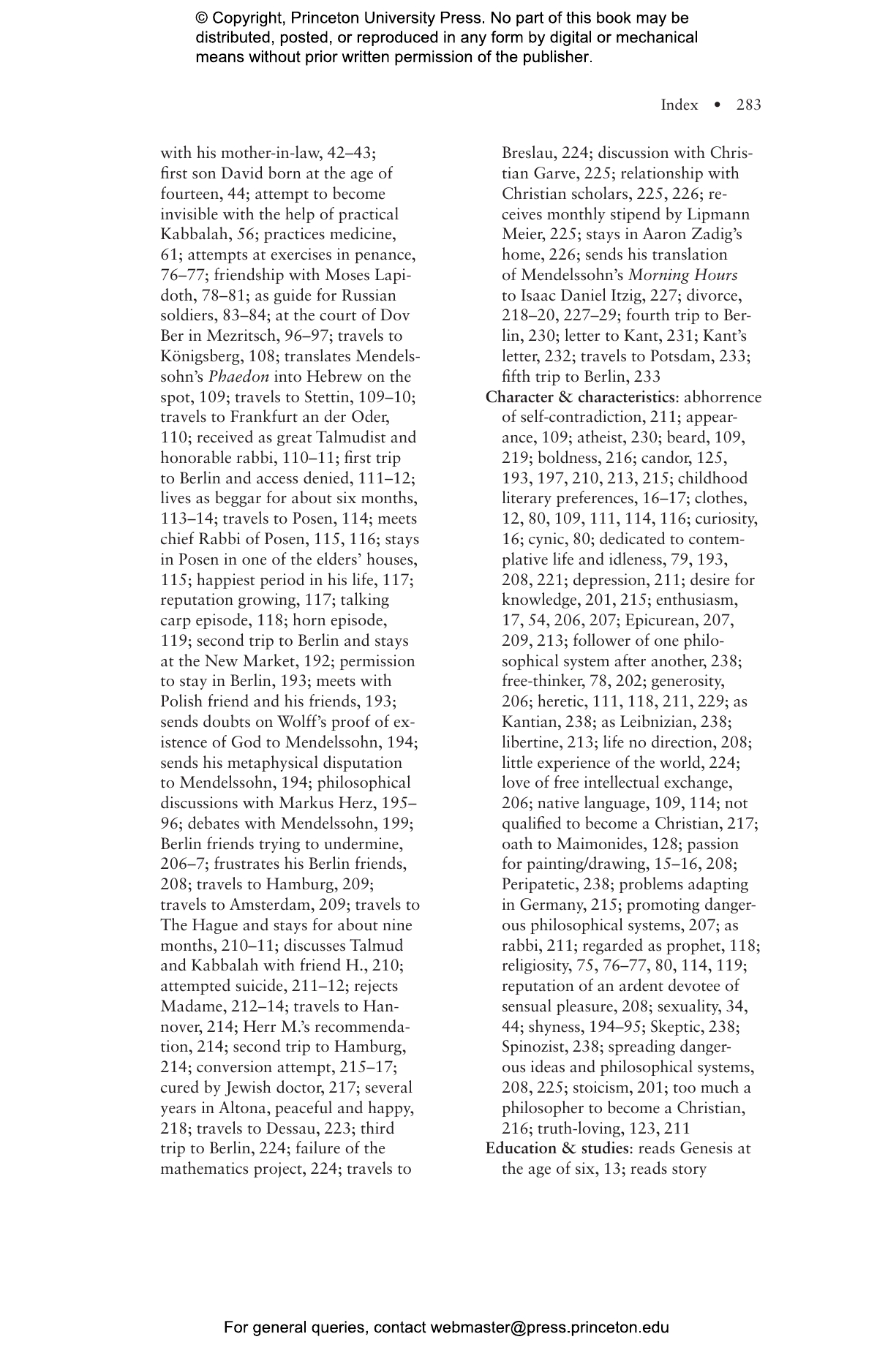 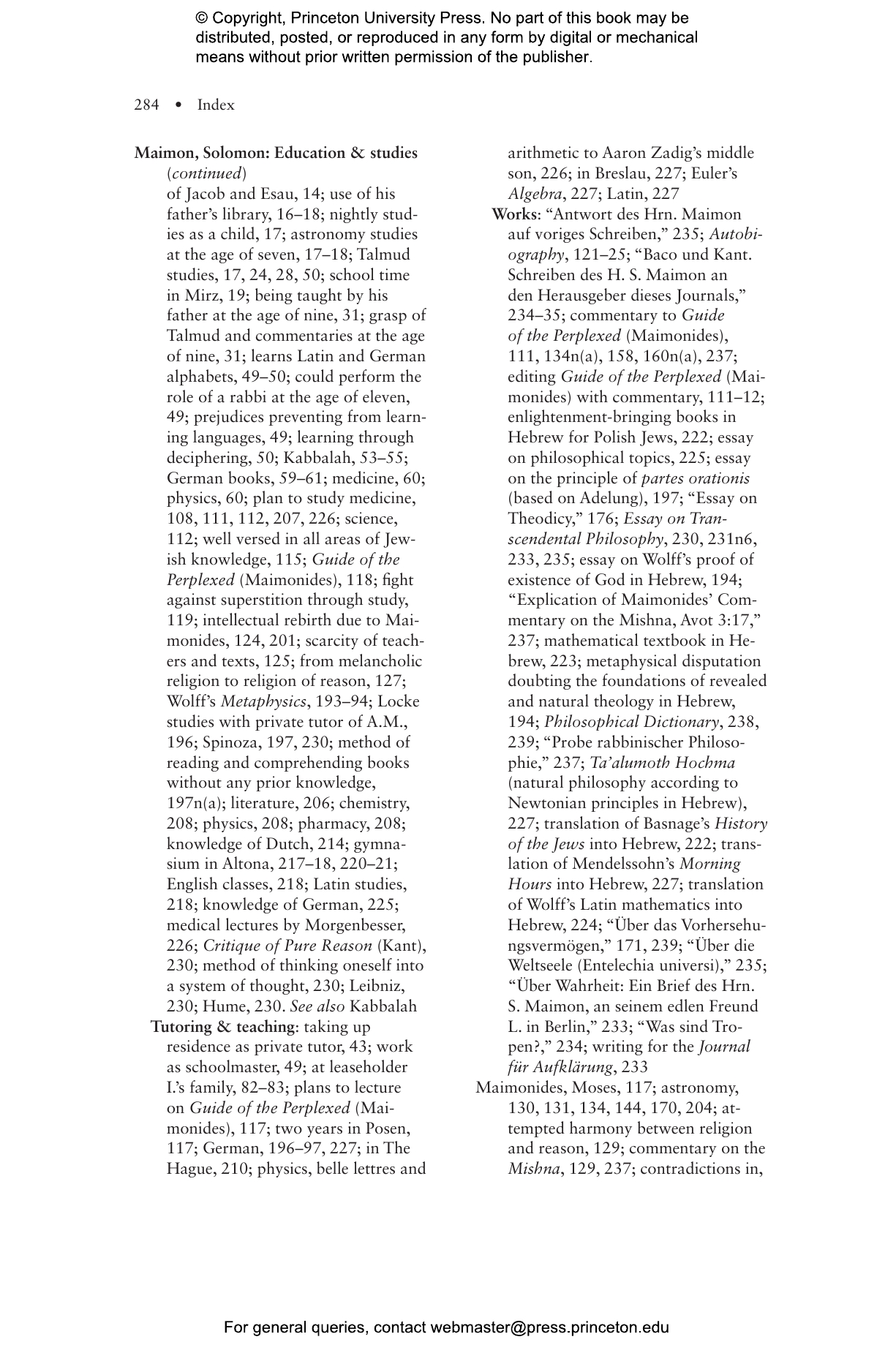 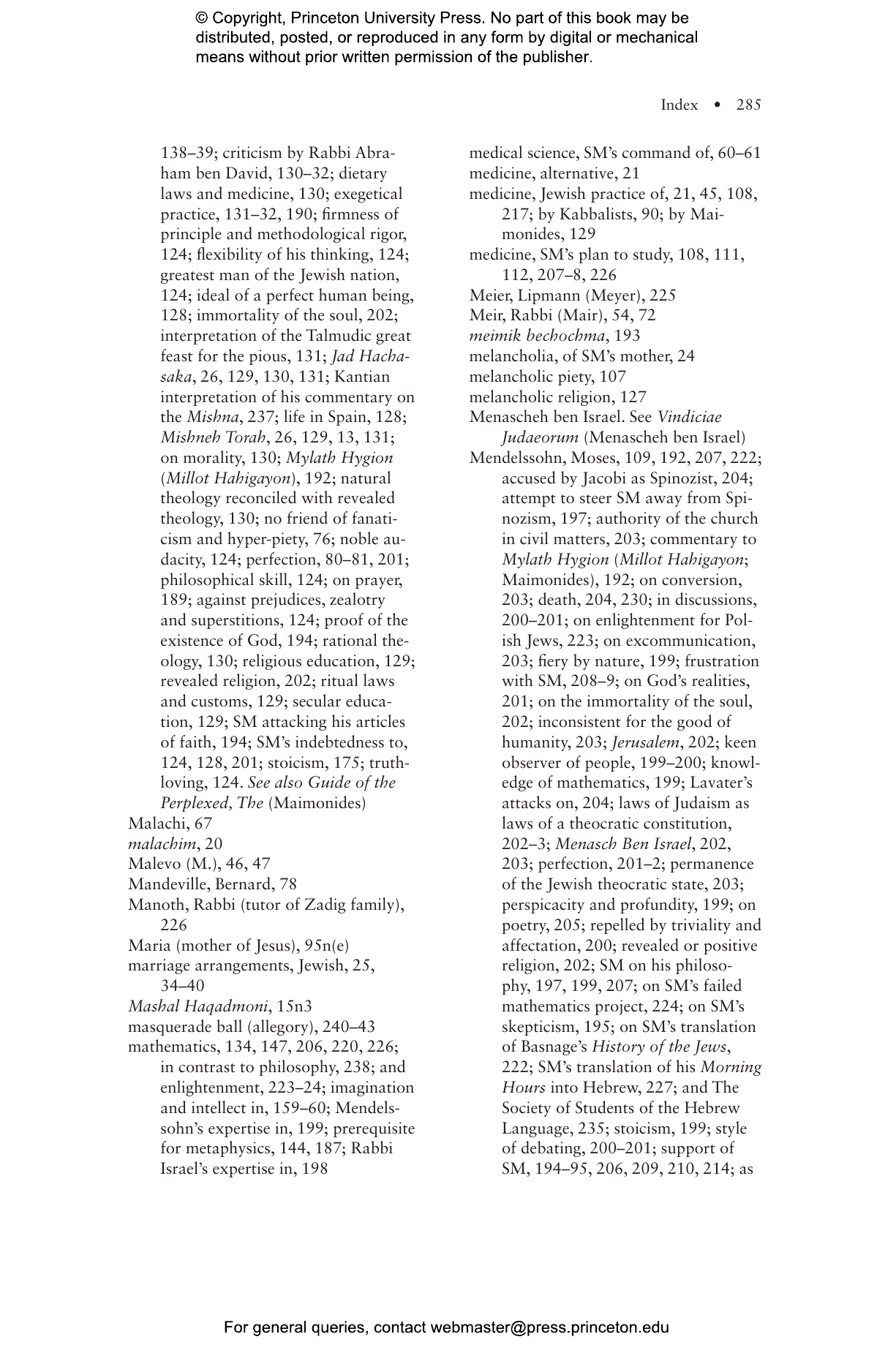 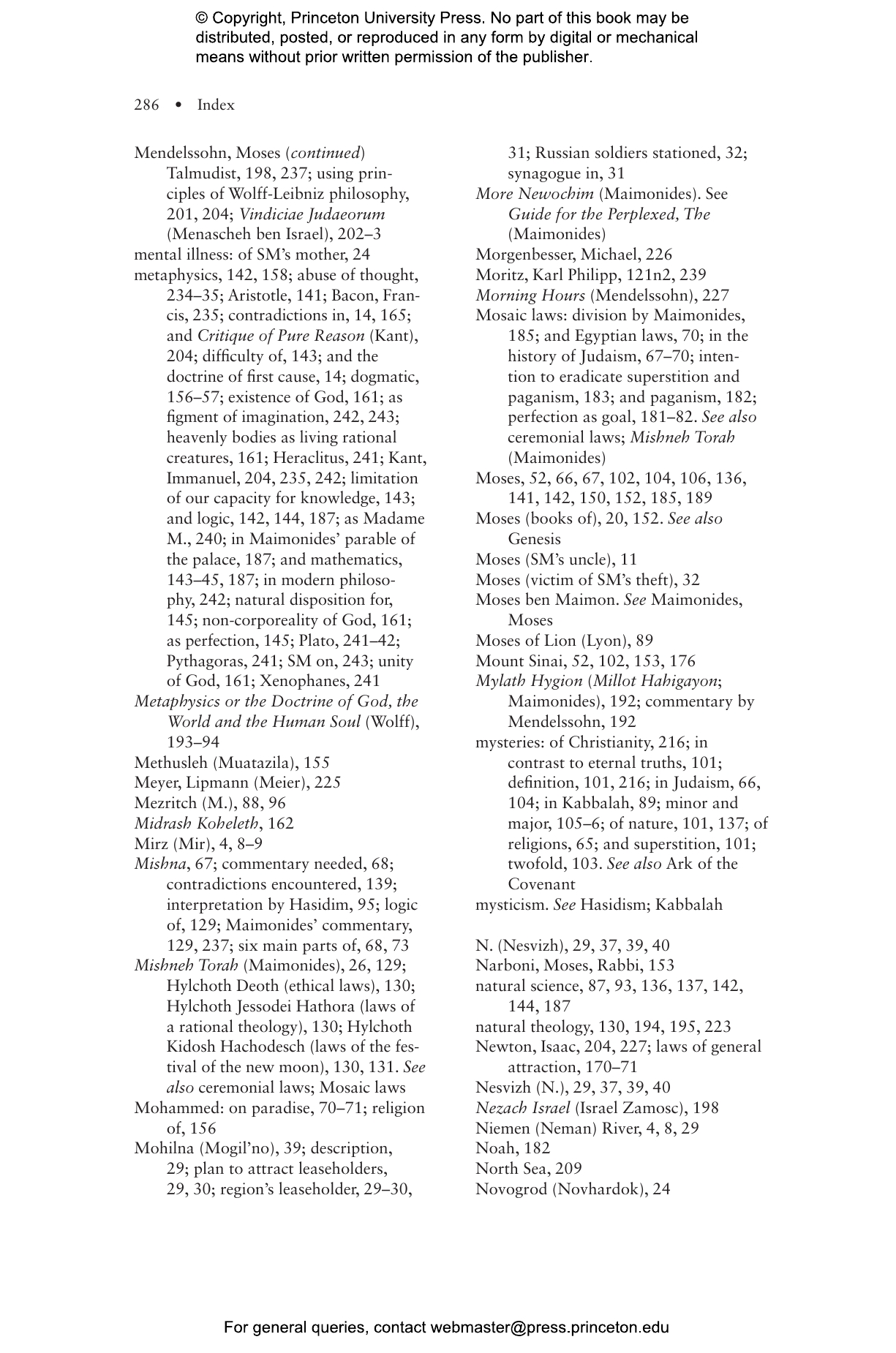 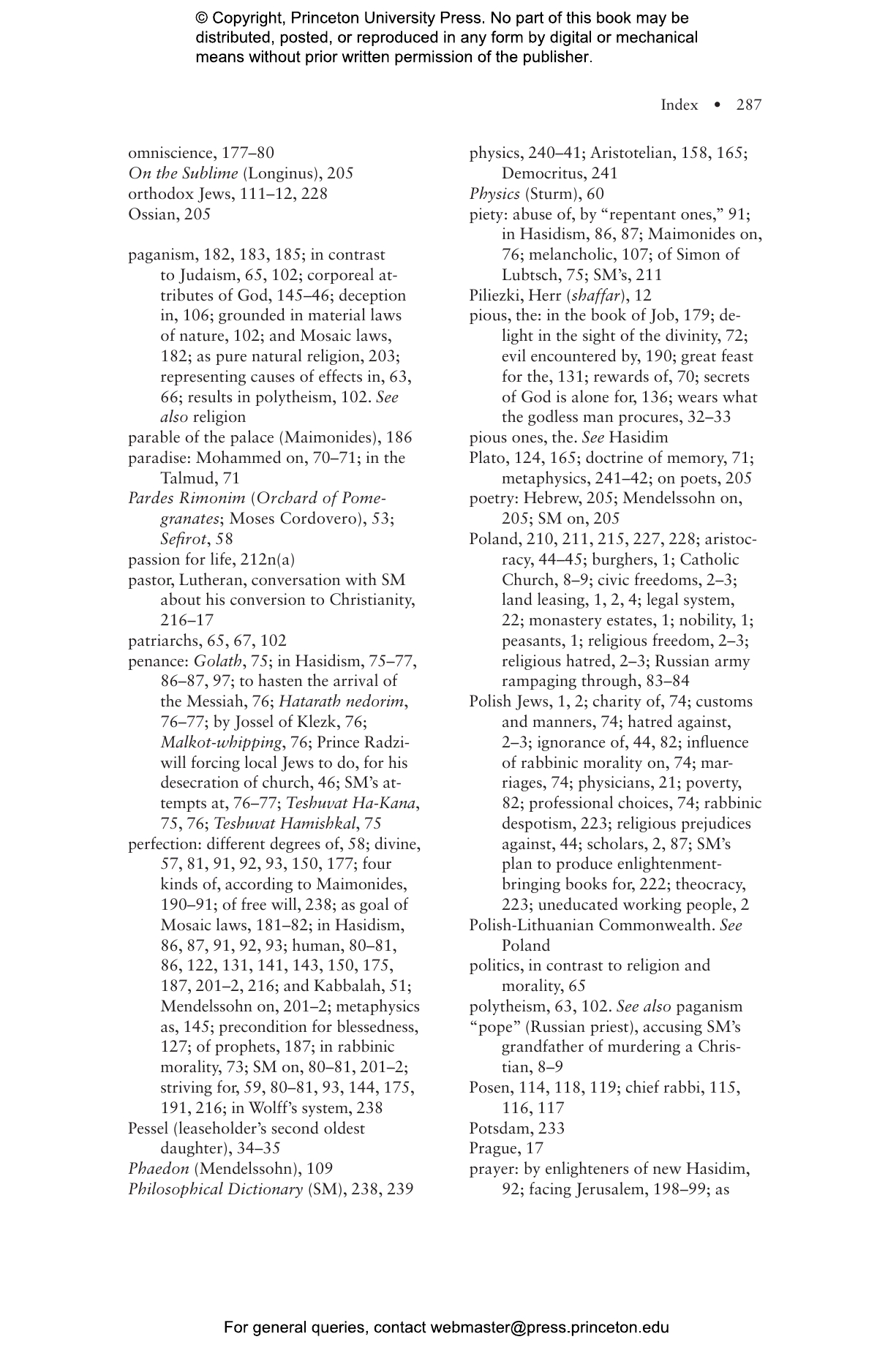 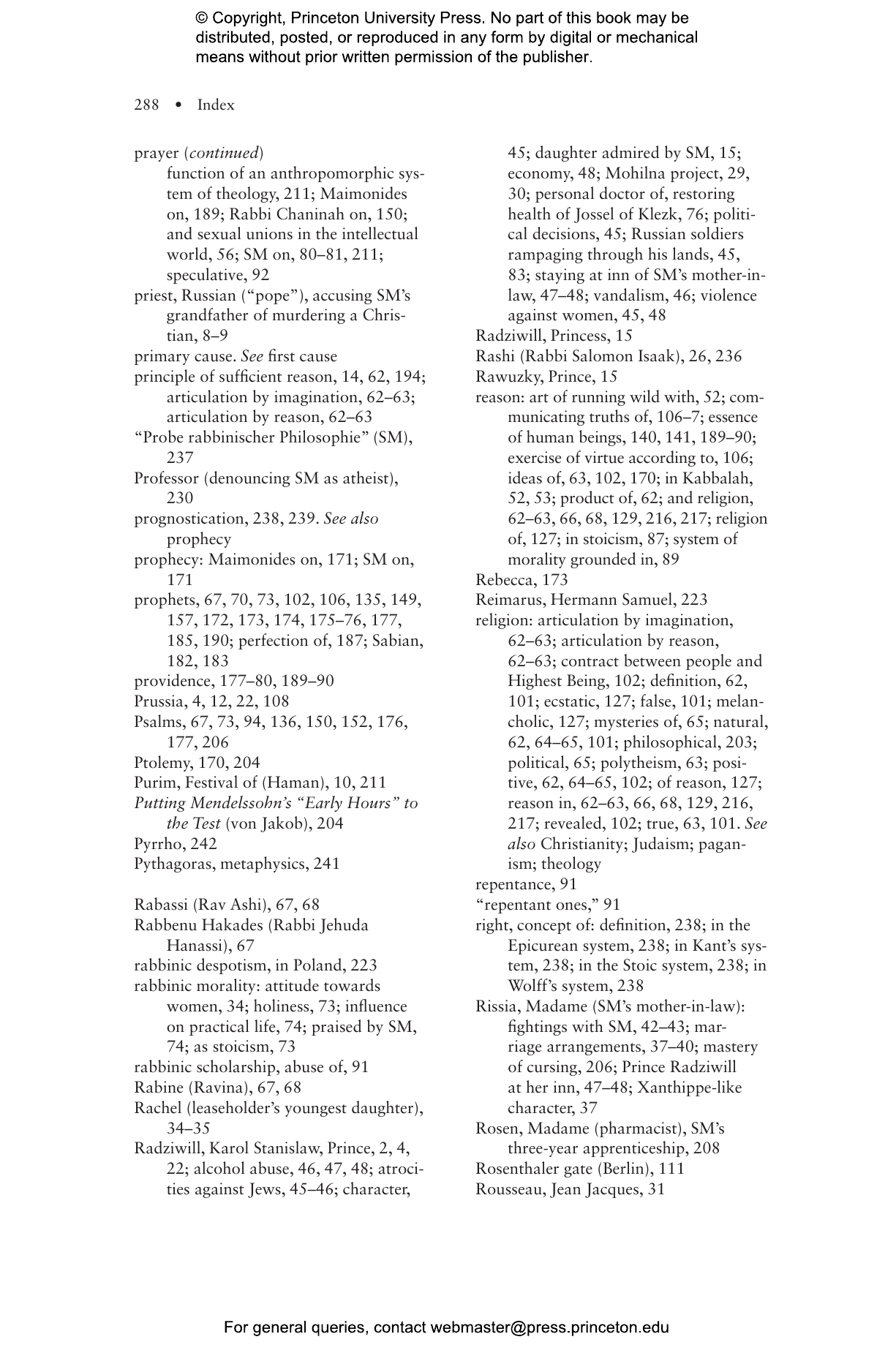 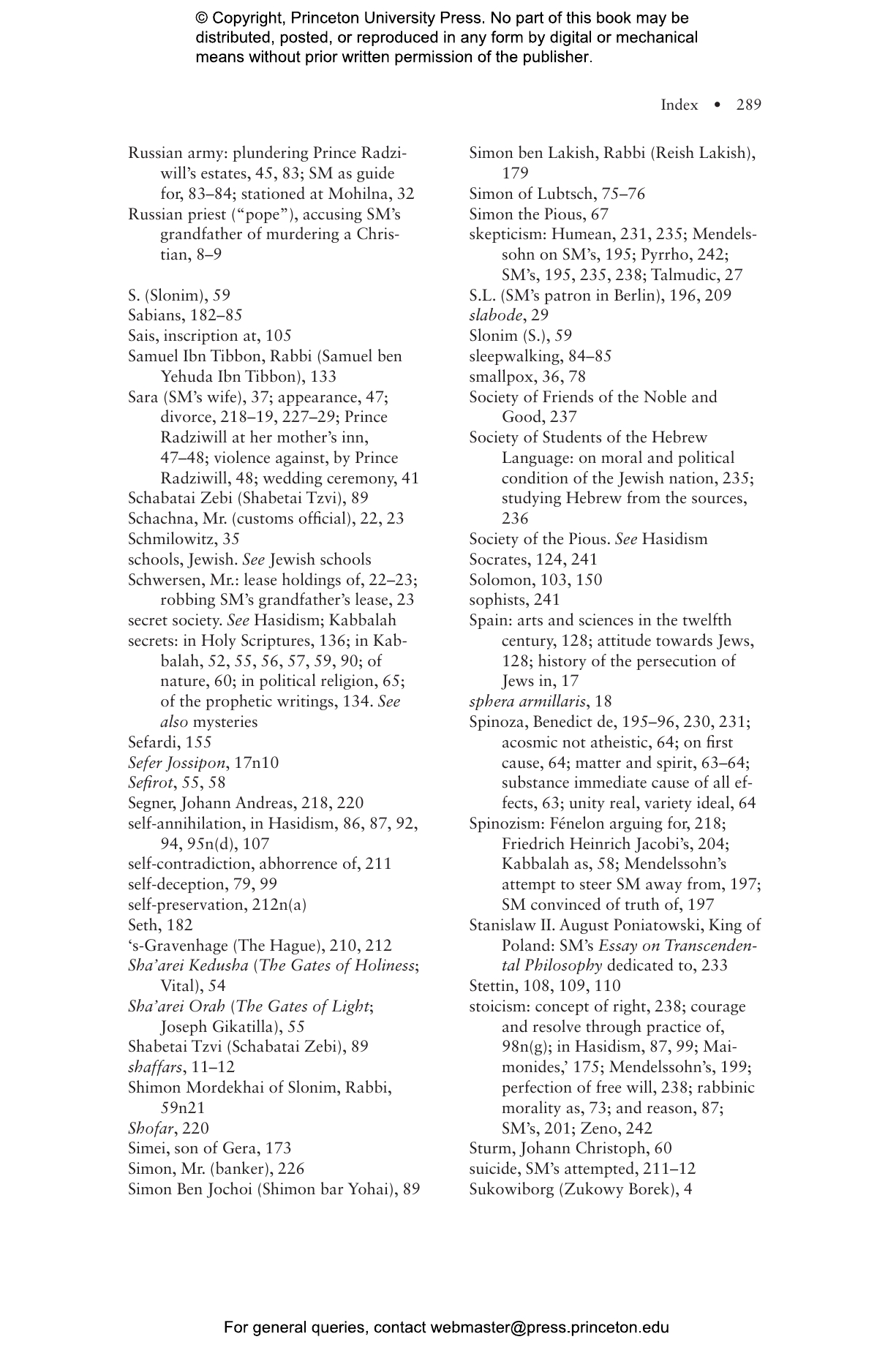 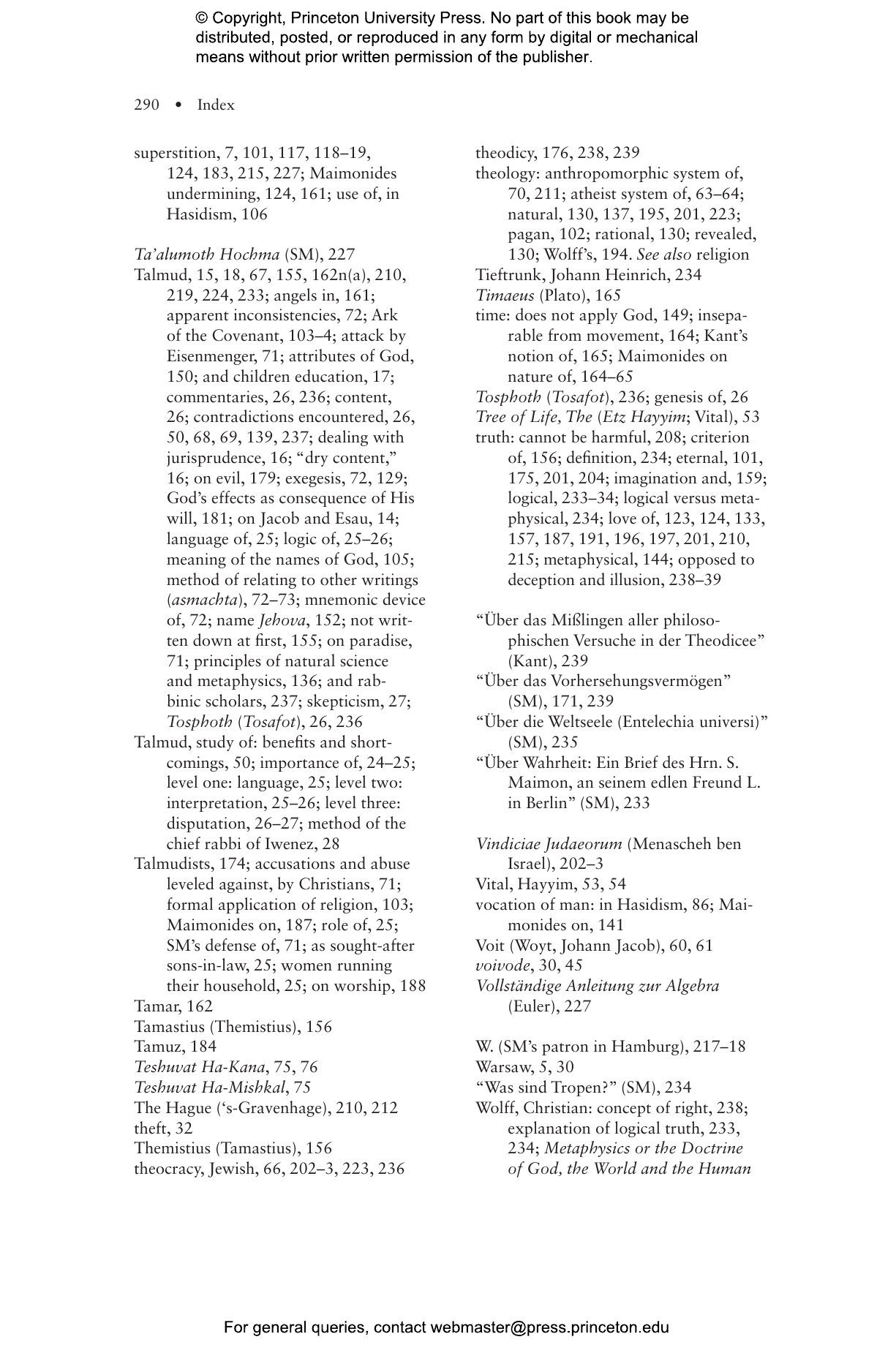 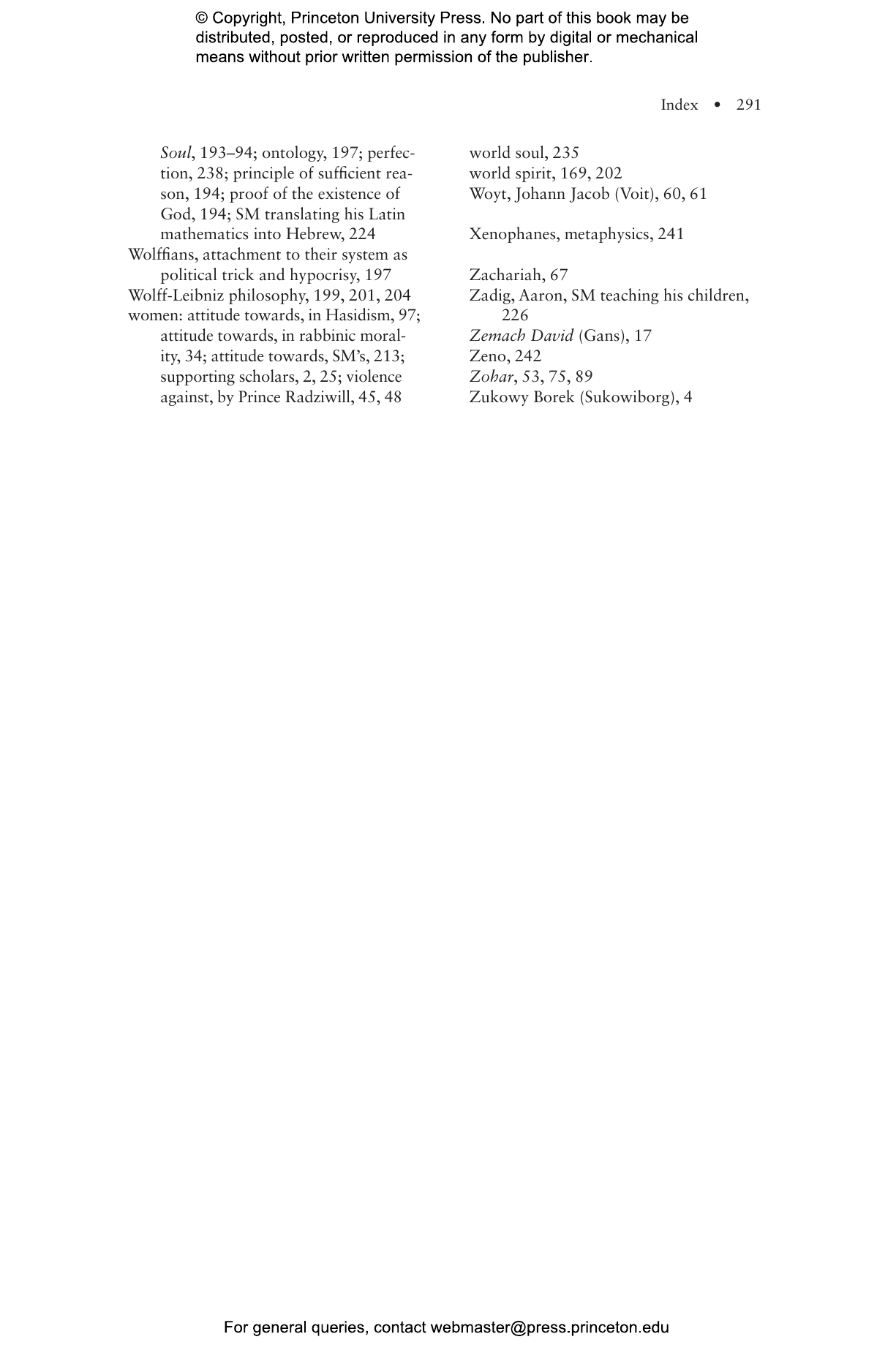 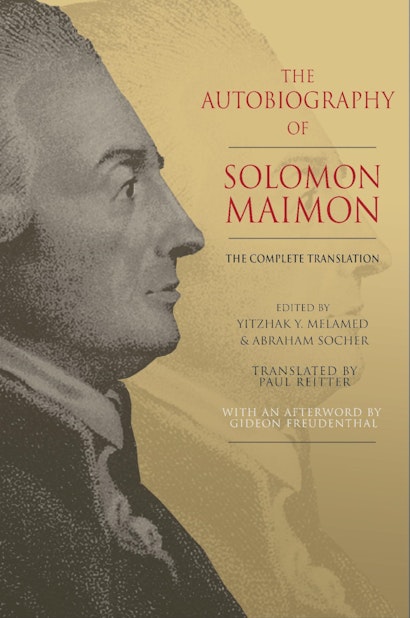 Solomon Maimon’s autobiography has delighted readers for more than two hundred years, from Goethe and George Eliot to Walter Benjamin and Hannah Arendt. Here is the first complete and annotated English edition of this enduring and lively work. Born into a down-on-its-luck provincial Jewish family in 1753, Maimon distinguished himself as a prodigy in learning. After a series of picaresque misadventures, he reached Berlin, where he became part of the city’s famed Jewish Enlightenment and achieved the philosophical education he so desperately wanted. This edition restores text cut from the abridged 1888 translation by J. Clark Murray—for long the only available English edition—and includes an introduction and notes by Yitzhak Melamed and Abraham Socher that give invaluable insights into Maimon’s extraordinary life.

"Solomon Maimon was, quite simply, one of the most important philosophers of the Jewish Enlightenment. Both brilliant and eccentric, he set out in 1792 to write the first autobiography ever written in German by a Jew. It is a work of great literary and philosophical significance that is now finally available in a splendid and unabridged English translation."—Liliane Weissberg, University of Pennsylvania

"This new translation of Maimon's pathbreaking autobiography is timely, and the editors and translator are exactly the right team to pull it off. It is a kind of Jewish picaresque, with Maimon playing the role of the rude barbarian who can't help but import his Talmudic sensibility into the philosophical debates of late eighteenth-century Germany."—David Biale, coauthor of Hasidism: A New History