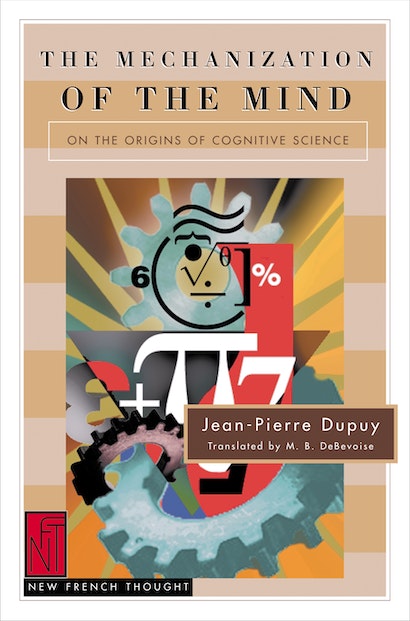 In March 1946, some of the greatest minds of the twentieth century — among them John von Neumann, Norbert Wiener, Warren McCulloch, and Walter Pitts — gathered at the Beekman Hotel in New York City with the aim of constructing a science of mental behavior that would resolve at last the ancient philosophical problem of mind and matter. The legacy of their collaboration is known today as cognitive science. Jean-Pierre Dupuy, one of the principal architects of cognitive science in France, reconstructs the early days of the field here in a provocative and engaging combination of philosophy, science, and historical detective work. He shows us how the ambitious and innovative ideas developed in the wake of that New York meeting prefigured some of the most important developments of late-twentieth-century thought. Many scholars, however, shunned the ideas as crude and resented them for being overpromoted. This rejection, Dupuy reveals, was a tragic mistake and a lost opportunity.

As Dupuy explains, the founders of cognitive science — or, as they called it, “cybernetics” — drew passion and energy from two convictions: that the mind operates like a machine and that physical laws explain how nature can appear to have meaning. Armed with these convictions, they laid the foundations not only for cognitive science but also artificial intelligence, and foreshadowed the development of chaos theory, complexity theory, and a variety of other major scientific and philosophical breakthroughs. Today, their ideas speak directly to controversies that rage between cognitivists and connectionists, eliminative materialists and Wittgensteinians, functionalists and anti-reductionists. However, despite their genuine achievements, the cyberneticians had too much confidence in the power of their theories and made serious mistakes that led the next generation of thinkers to ignore their work. The development of a scientific theory of mind was thus significantly delayed.

A profound and beautifully written book, The Mechanization of the Mind brings back to life the intellectual brilliance and excitement that attended the birth of cognitive science more than fifty years ago, and recasts our understanding of the history of the twentieth century thought.

Jean-Pierre Dupuy is Professor of Social and Political Philosophy at the École Polytechnique in Paris, where he founded and directs the Applied Epistemology Research Center (CRÉA), one of the leading research institutions in France devoted to cognitive and social science. In addition, he holds a professorship at Stanford University and is a researcher in Stanford's Center for the Study of Language and Information (C.S.L.I.).

"[An] elegant and lucid work. . . .A superb example of detective work in the history of ideas."—Steven Poole, The Guardian

"A healthy prescription for those engaged in advancing theories of cognition."—Igor Aleksander, New Scientist

"This account of one of the most exciting scientific quests of the 20th century is unsurpassed in its detail and in its marshalling of events. . . . [Dupuy] has given us a history, a map through tortuous scientific terrain, a high-level user's manual, and a gripping tale. We are all in his debt."—Rodney M. J. Cotterill, American Journal of Psychology

"Dupuy, in this brilliant translation by Malcolm DeBevoise . . . [places] cybernetics within a centuries-long perspective of European philosophy which enriches our understanding of the successes and failures of present-day cognitive science."—Michael Arbib, author of Brains, Machines, and Mathematics