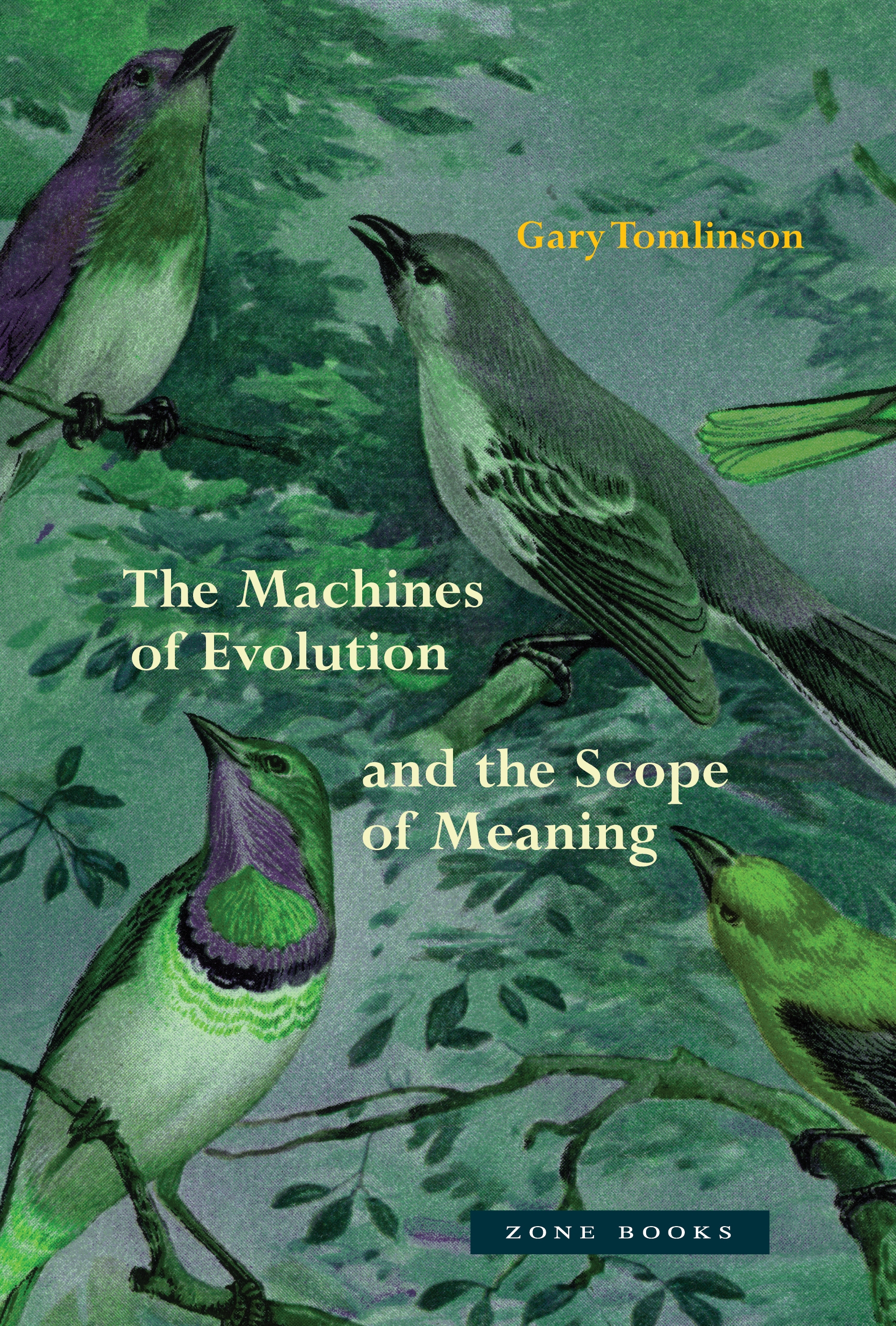 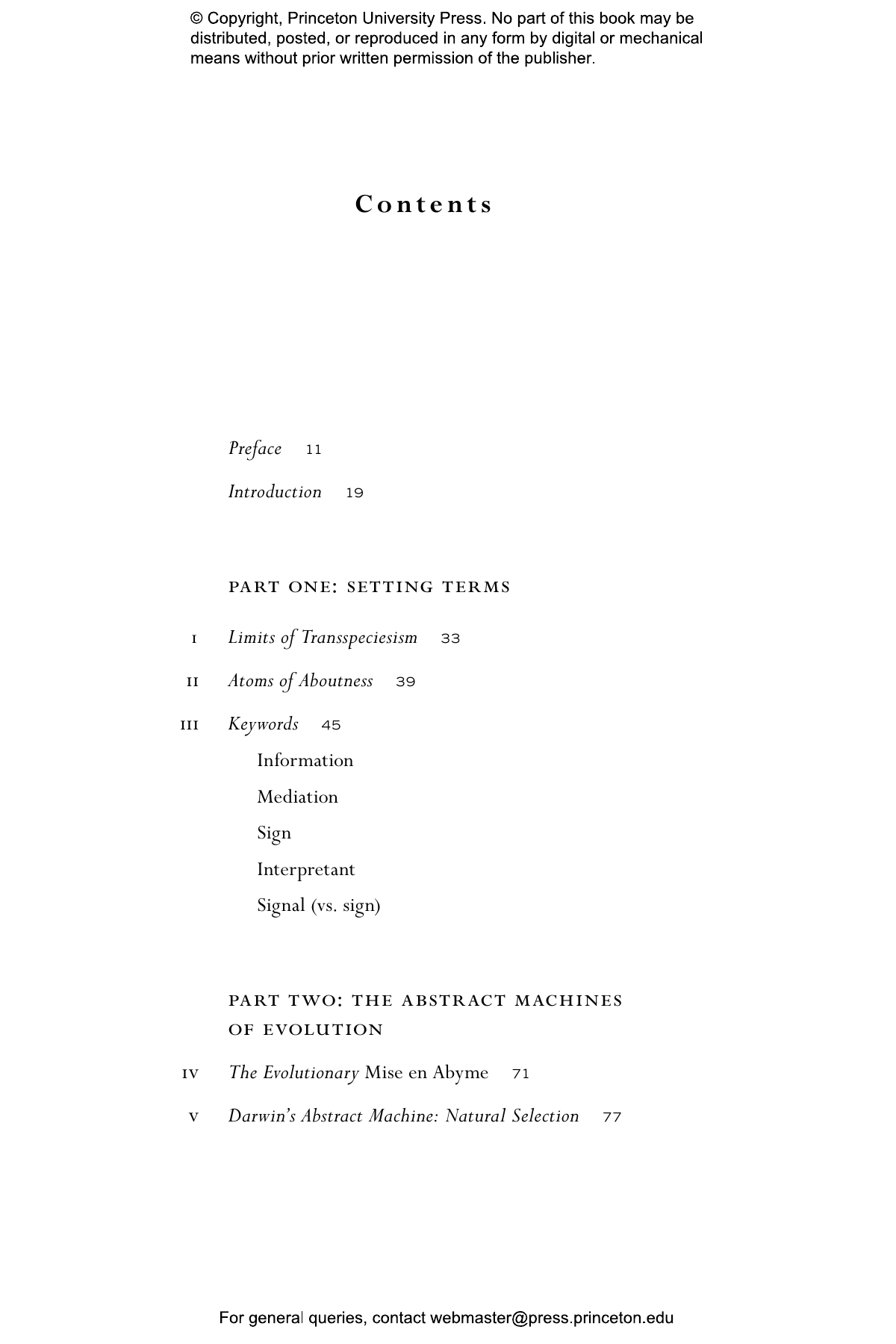 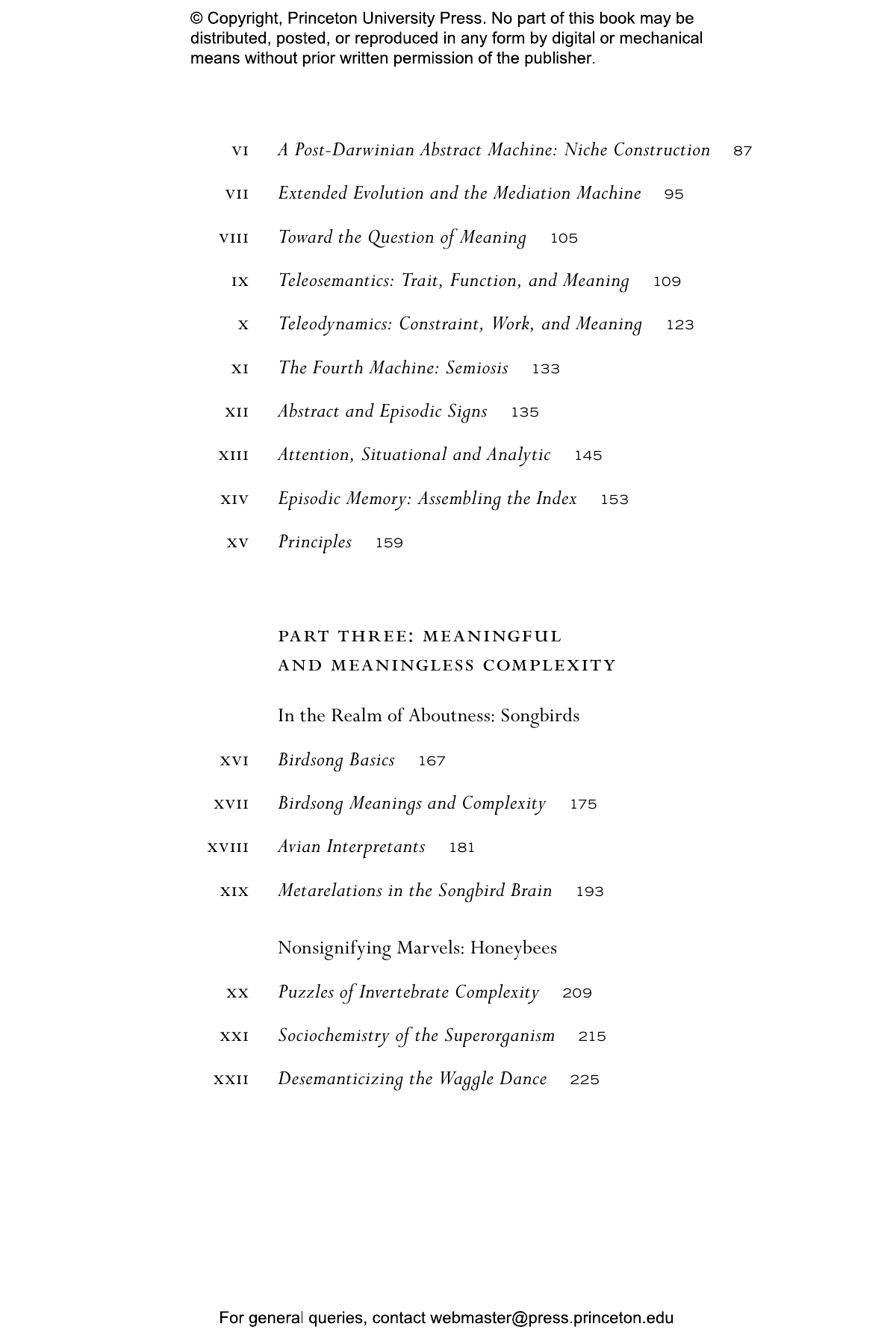 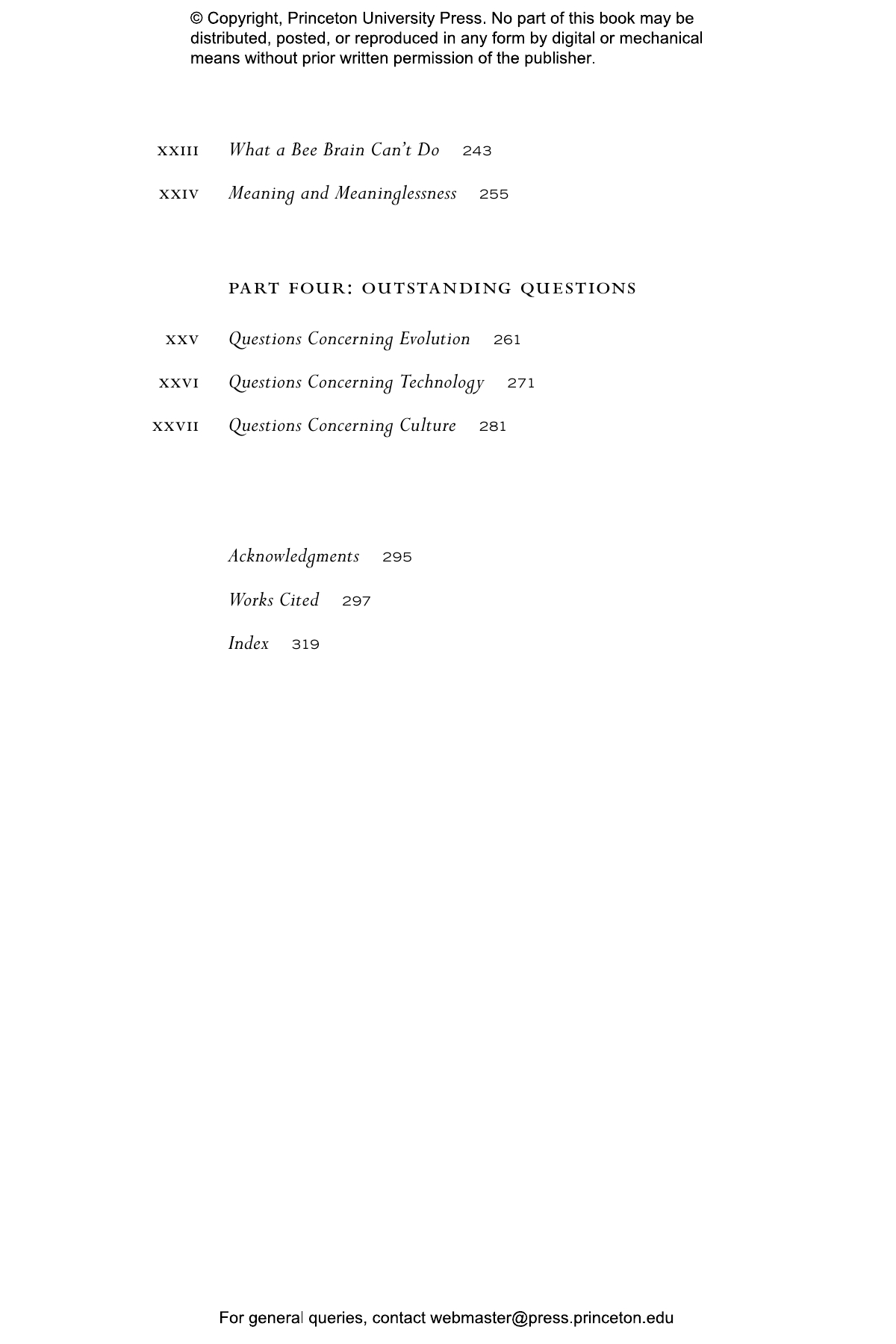 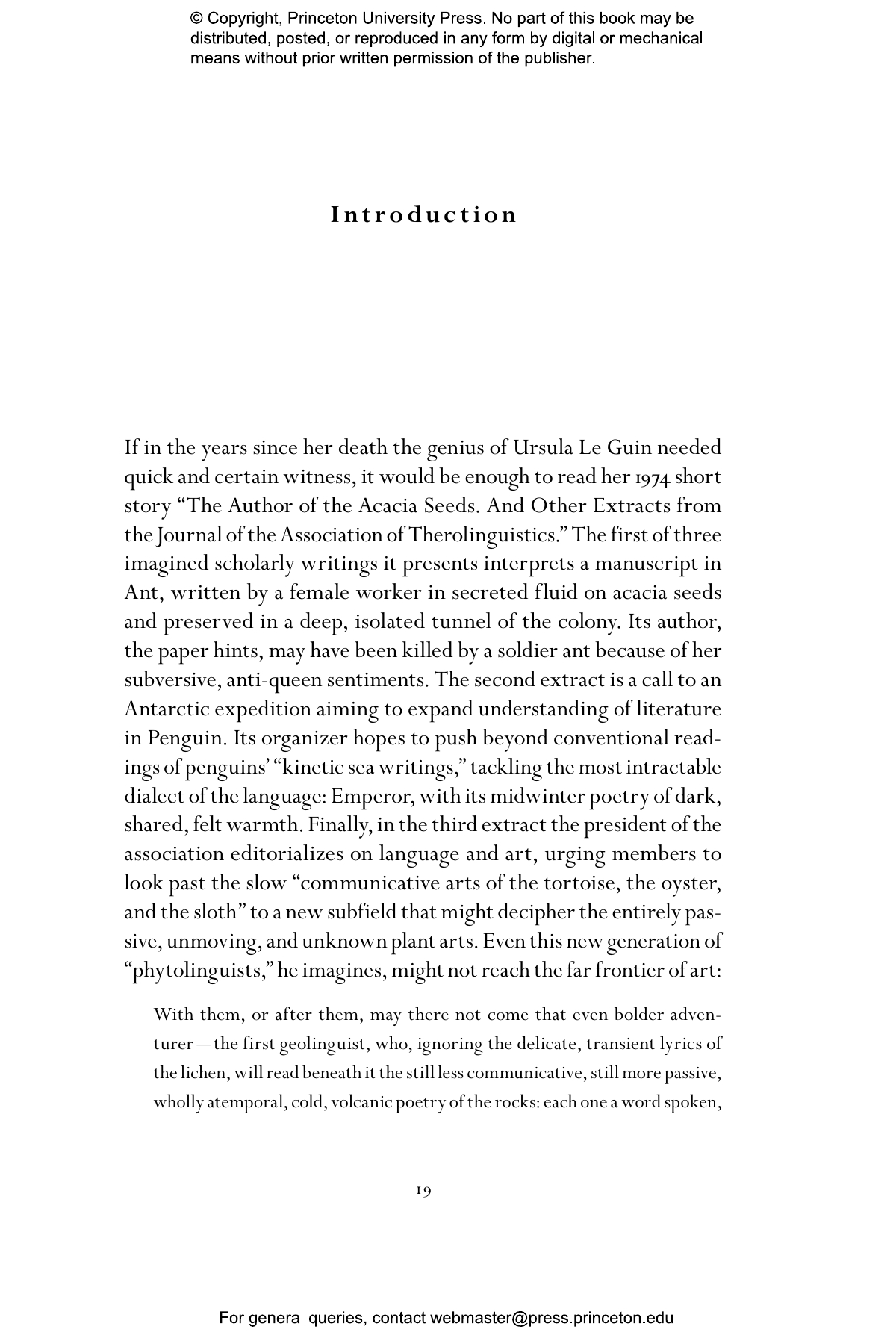 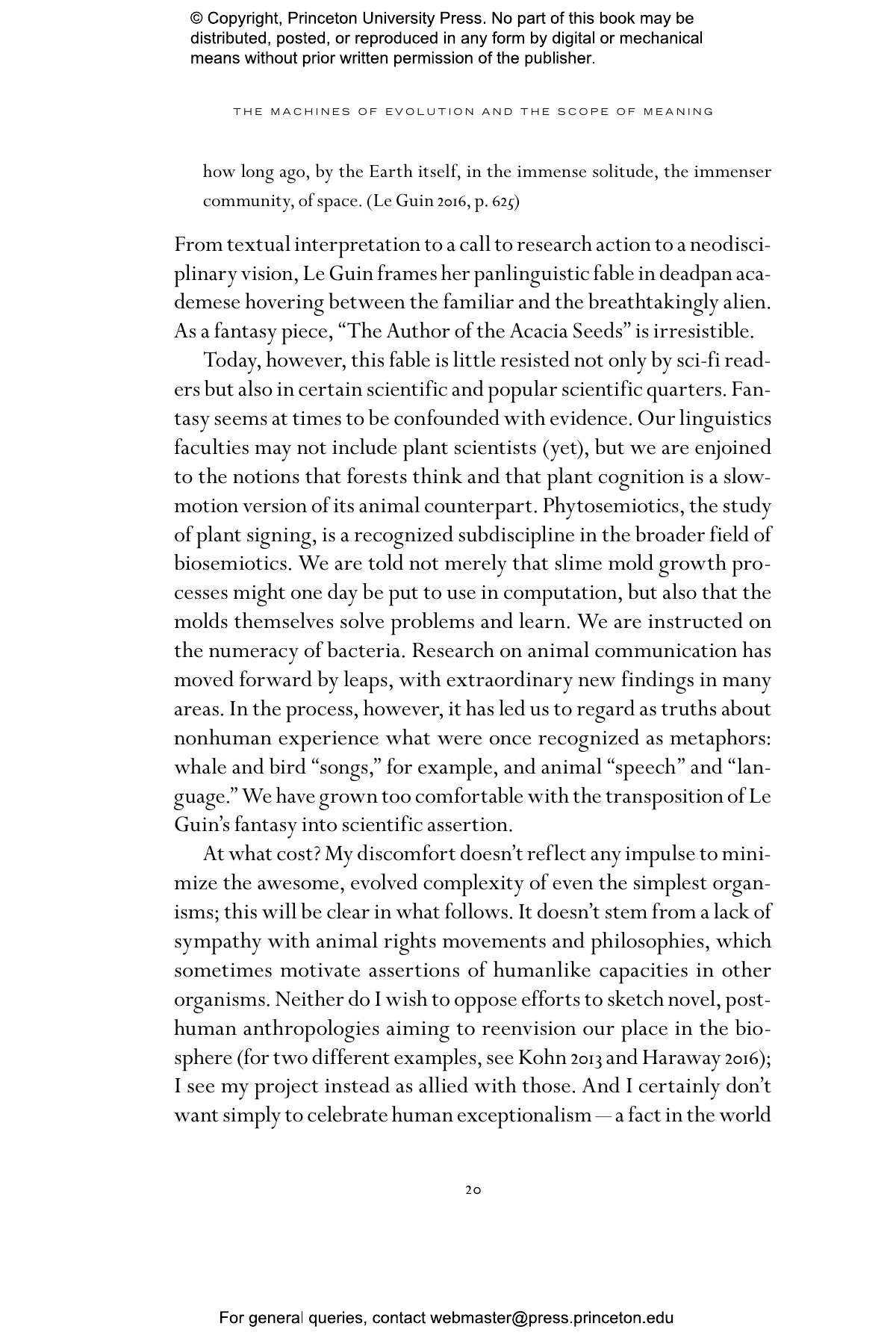 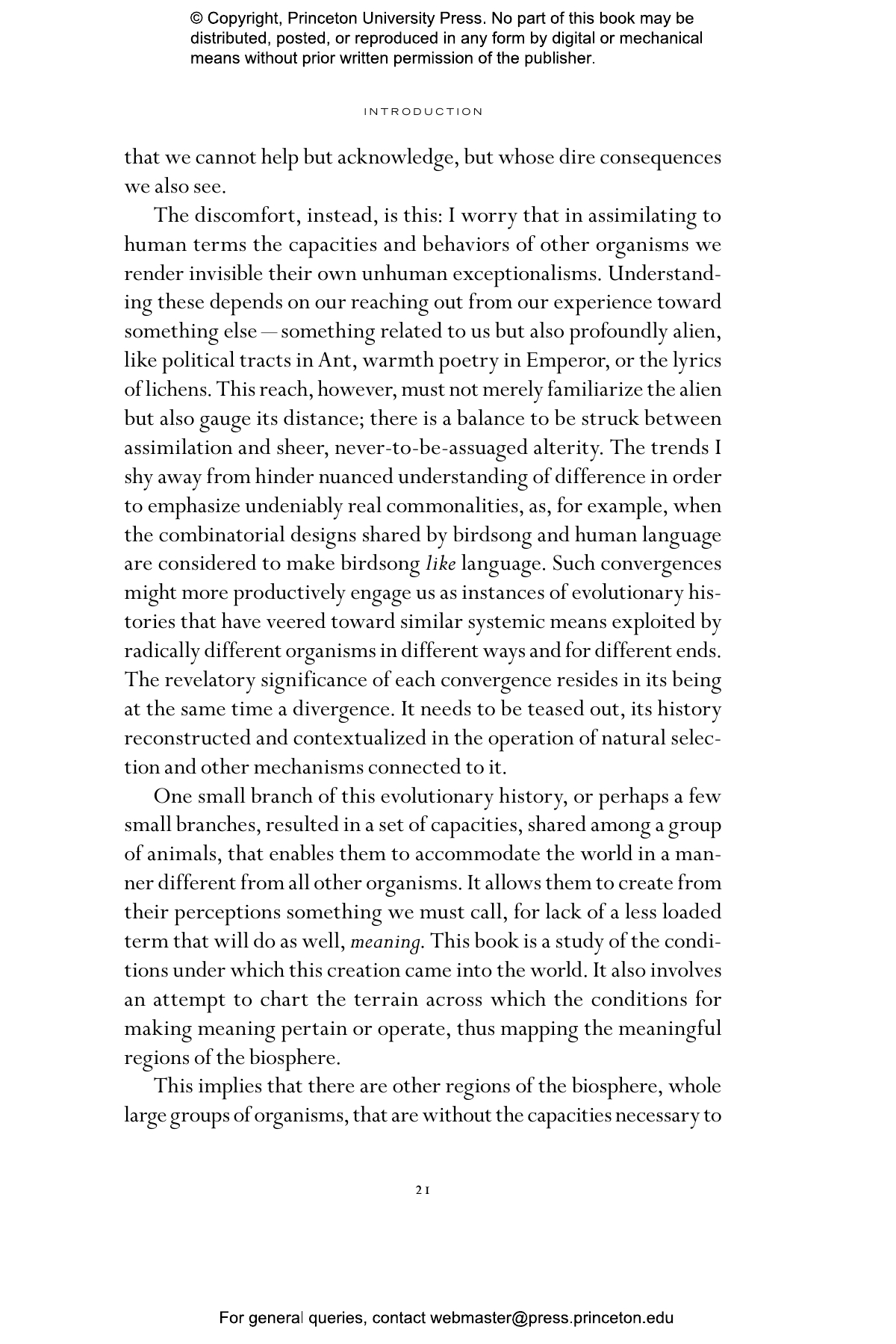 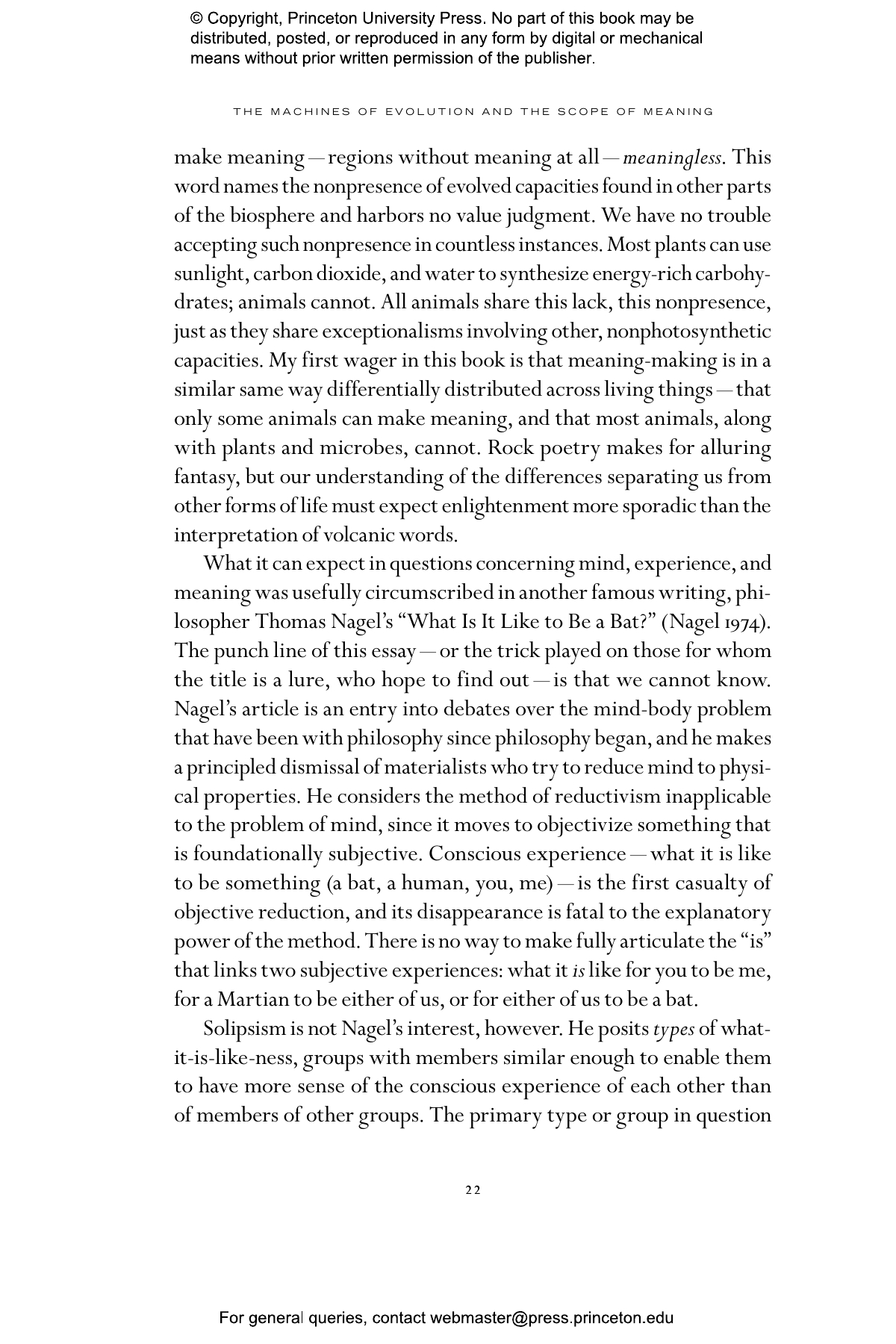 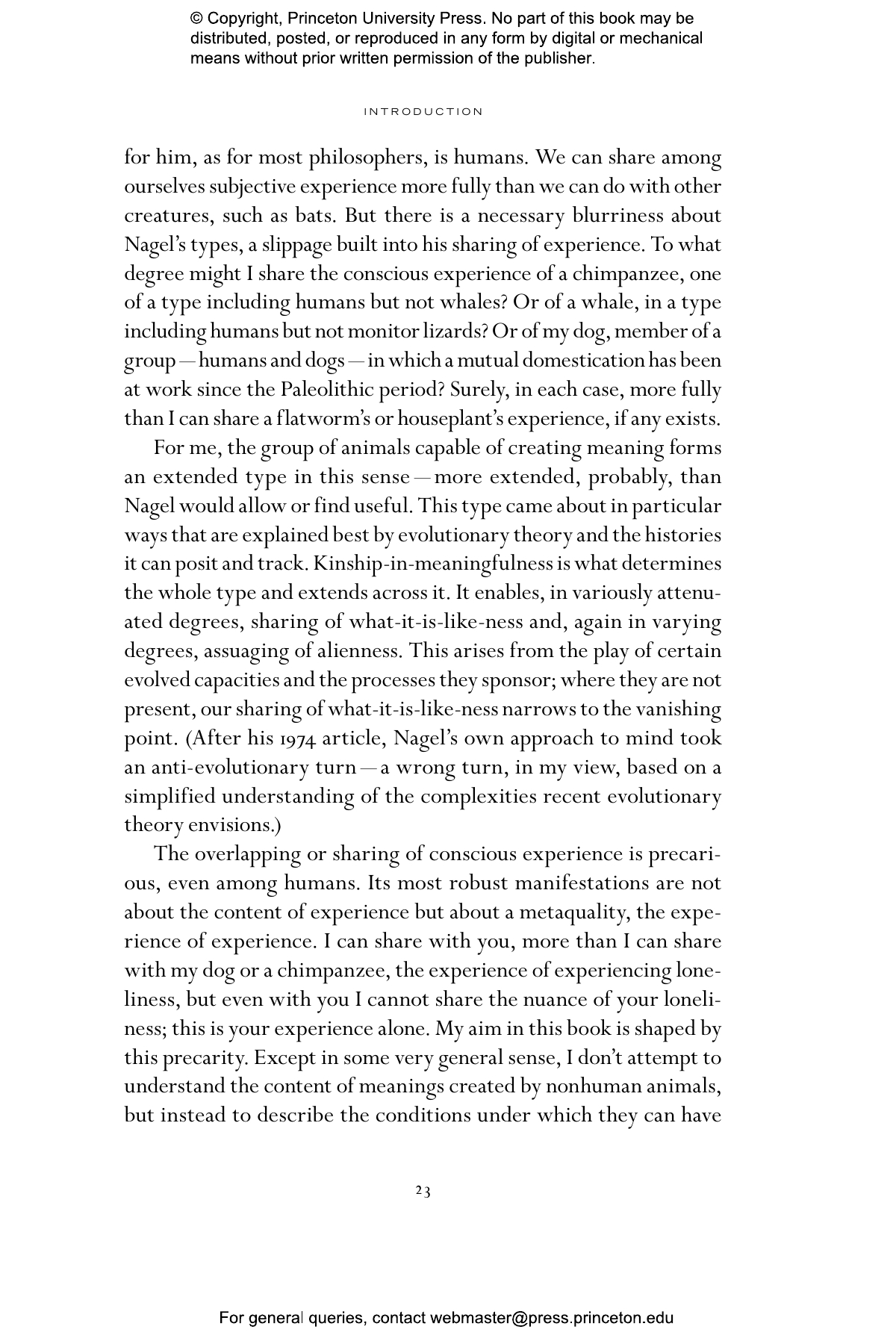 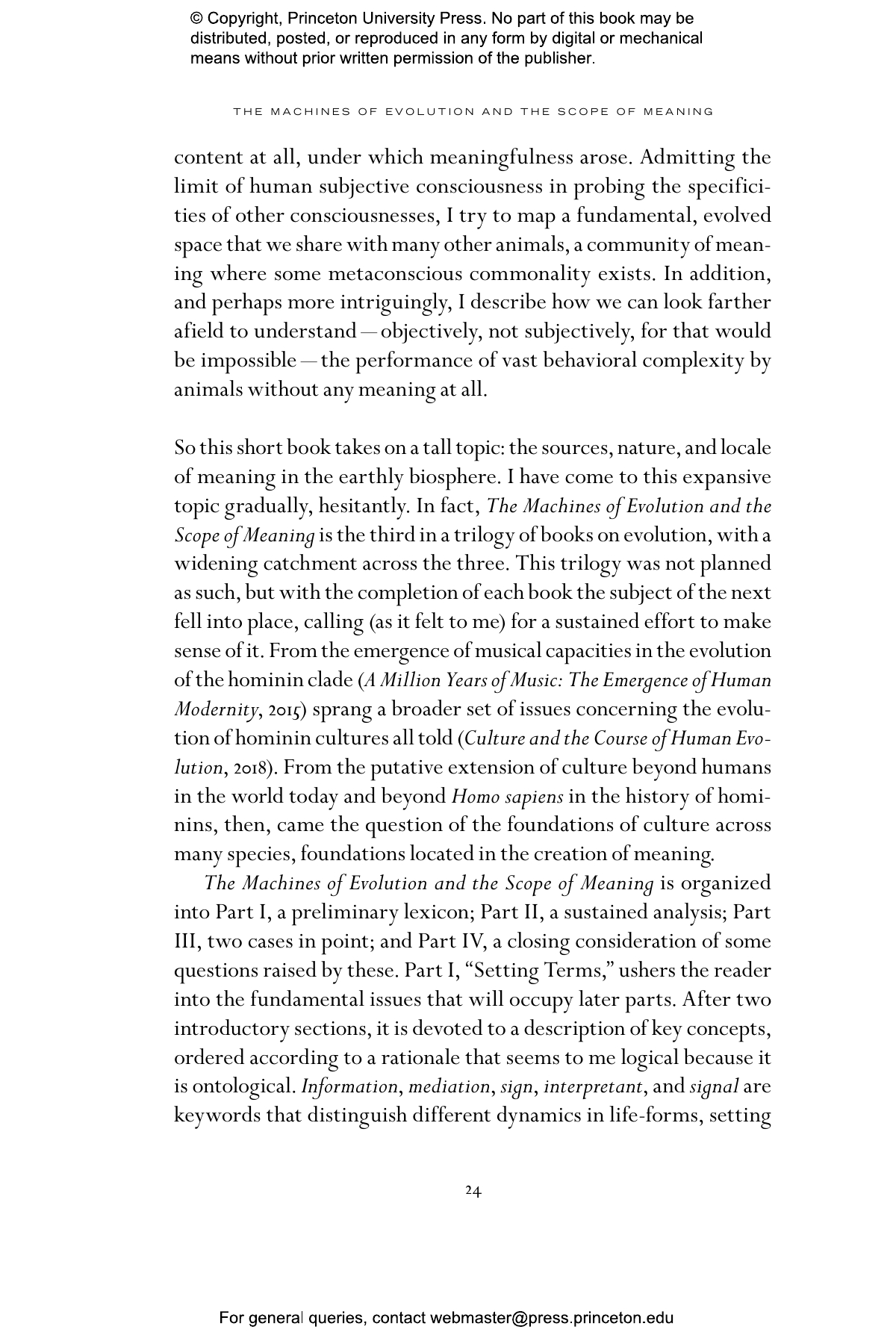 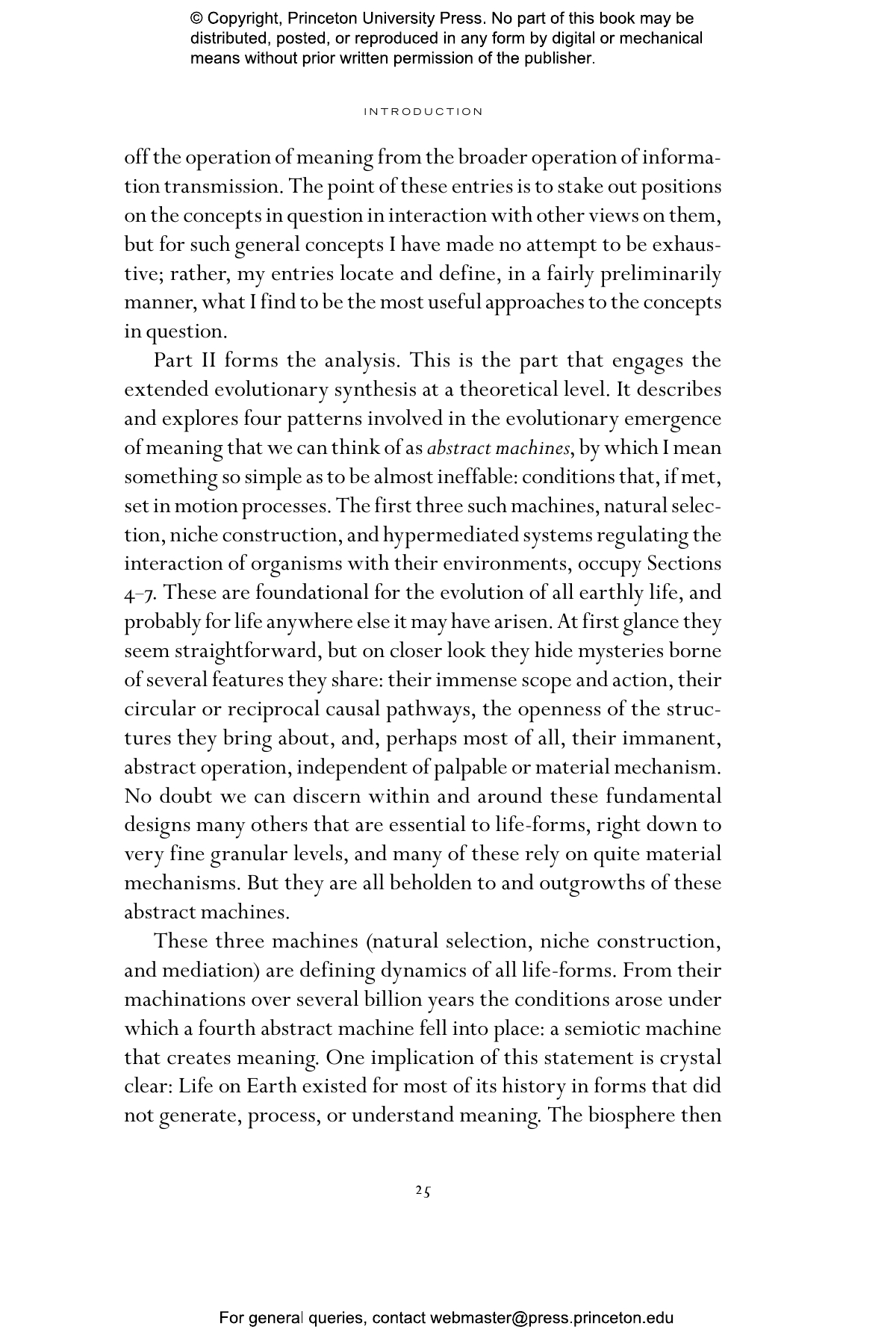 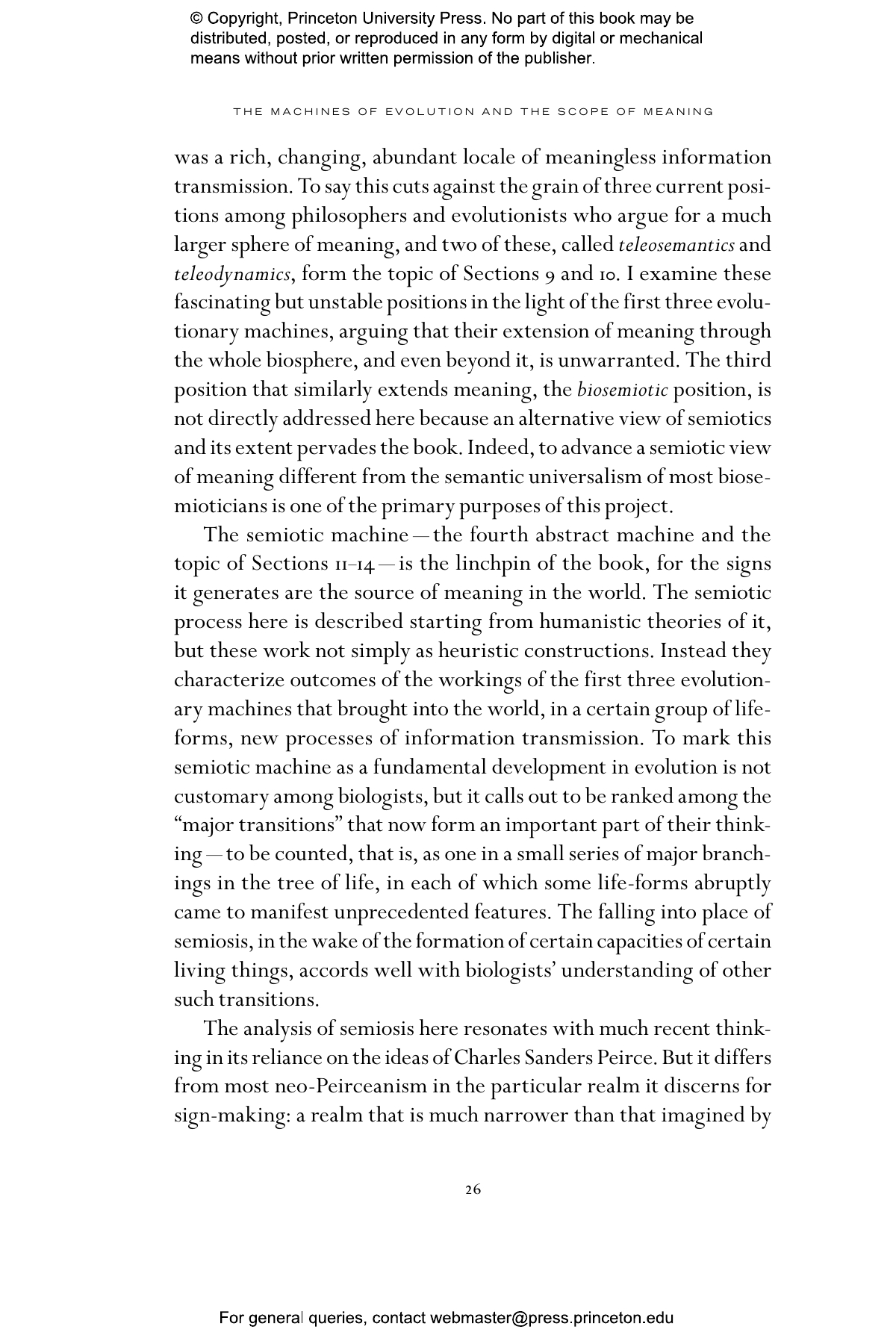 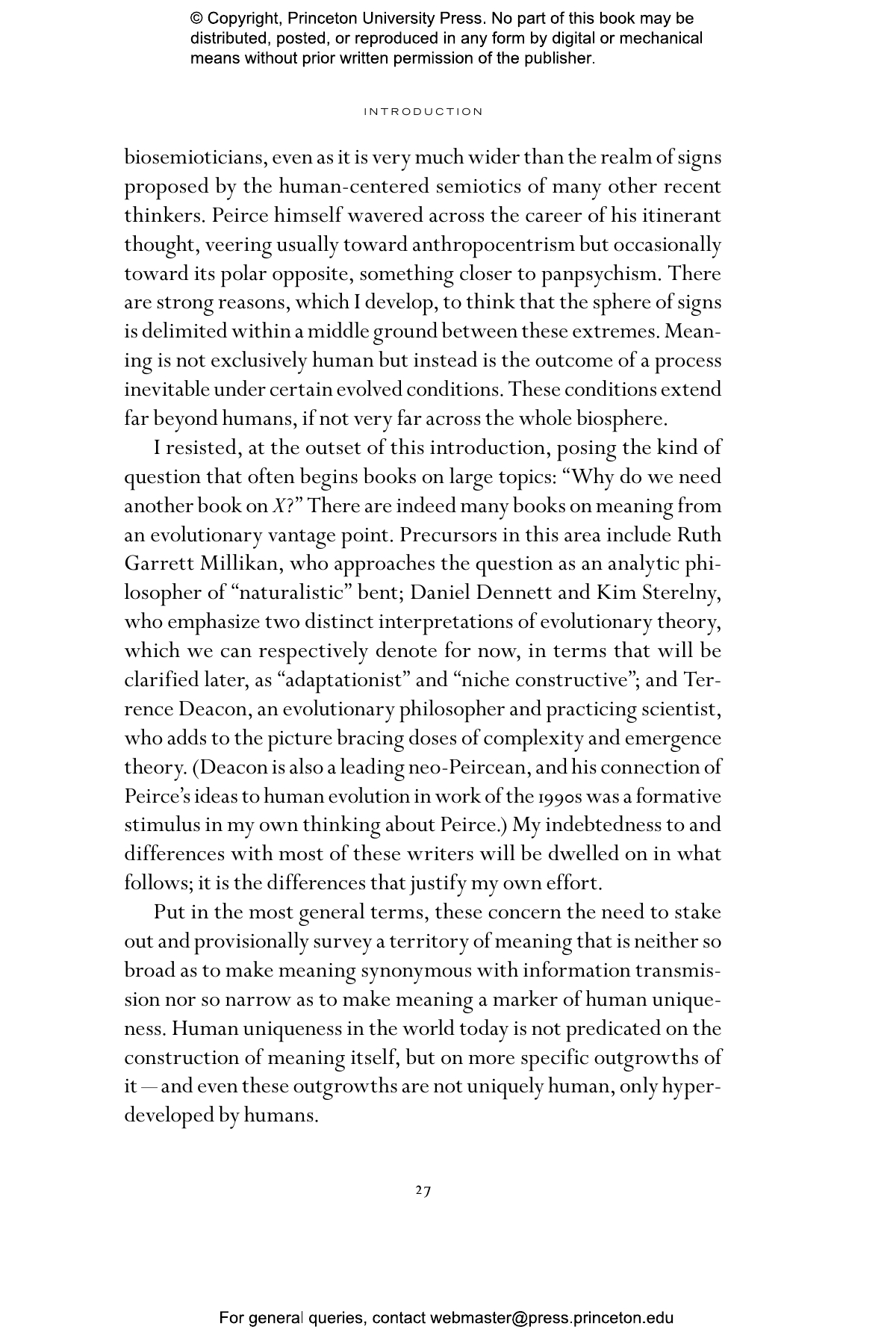 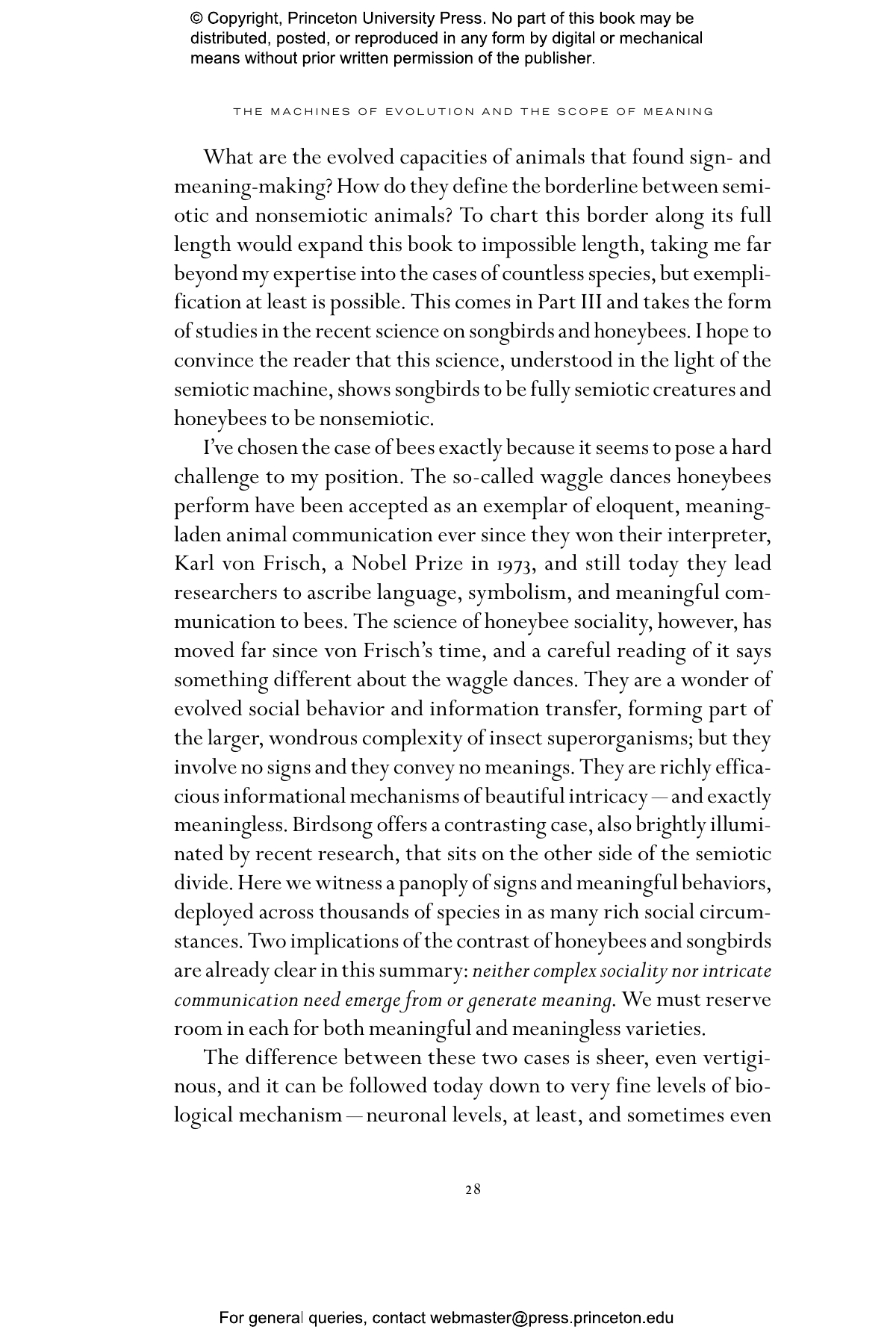 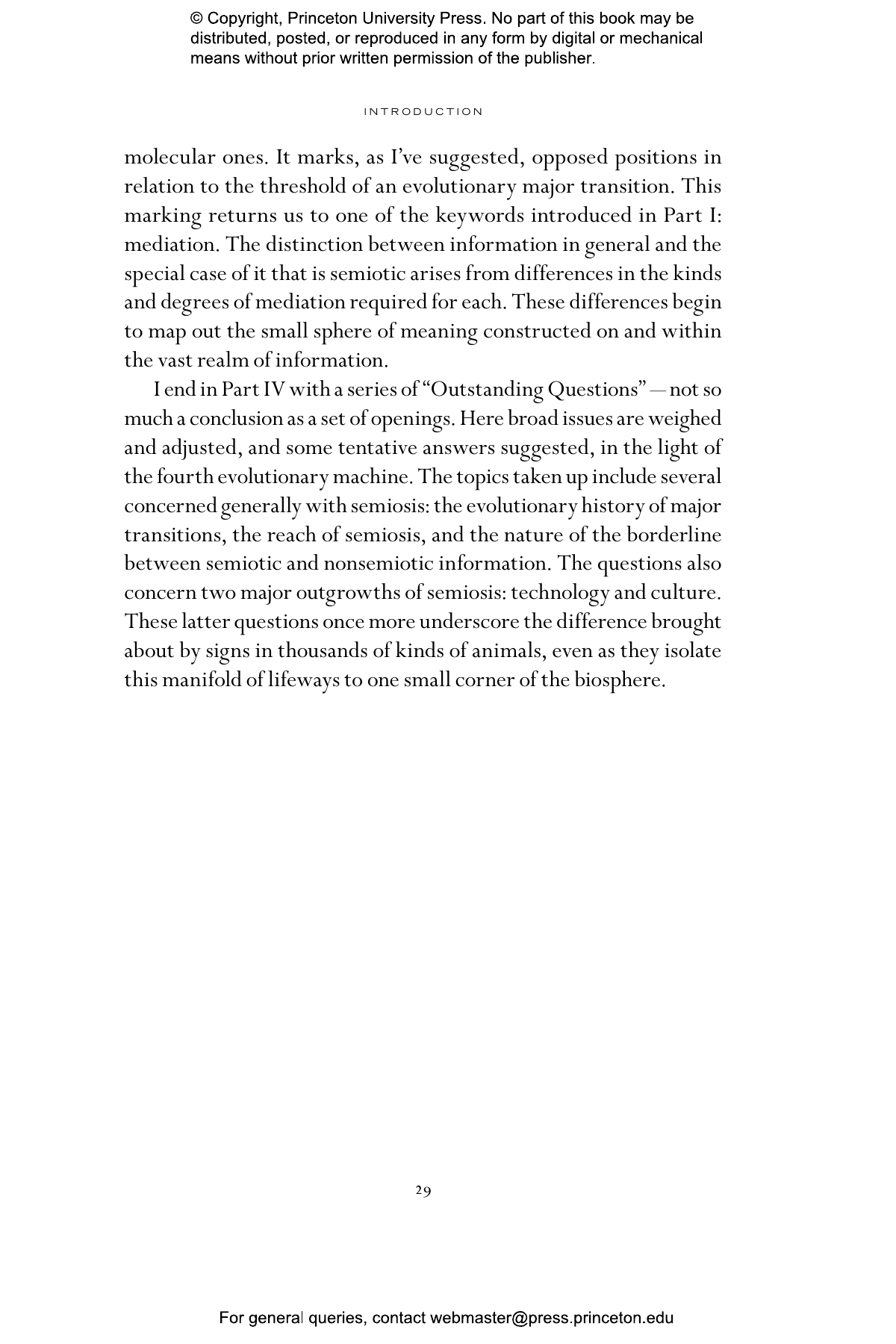 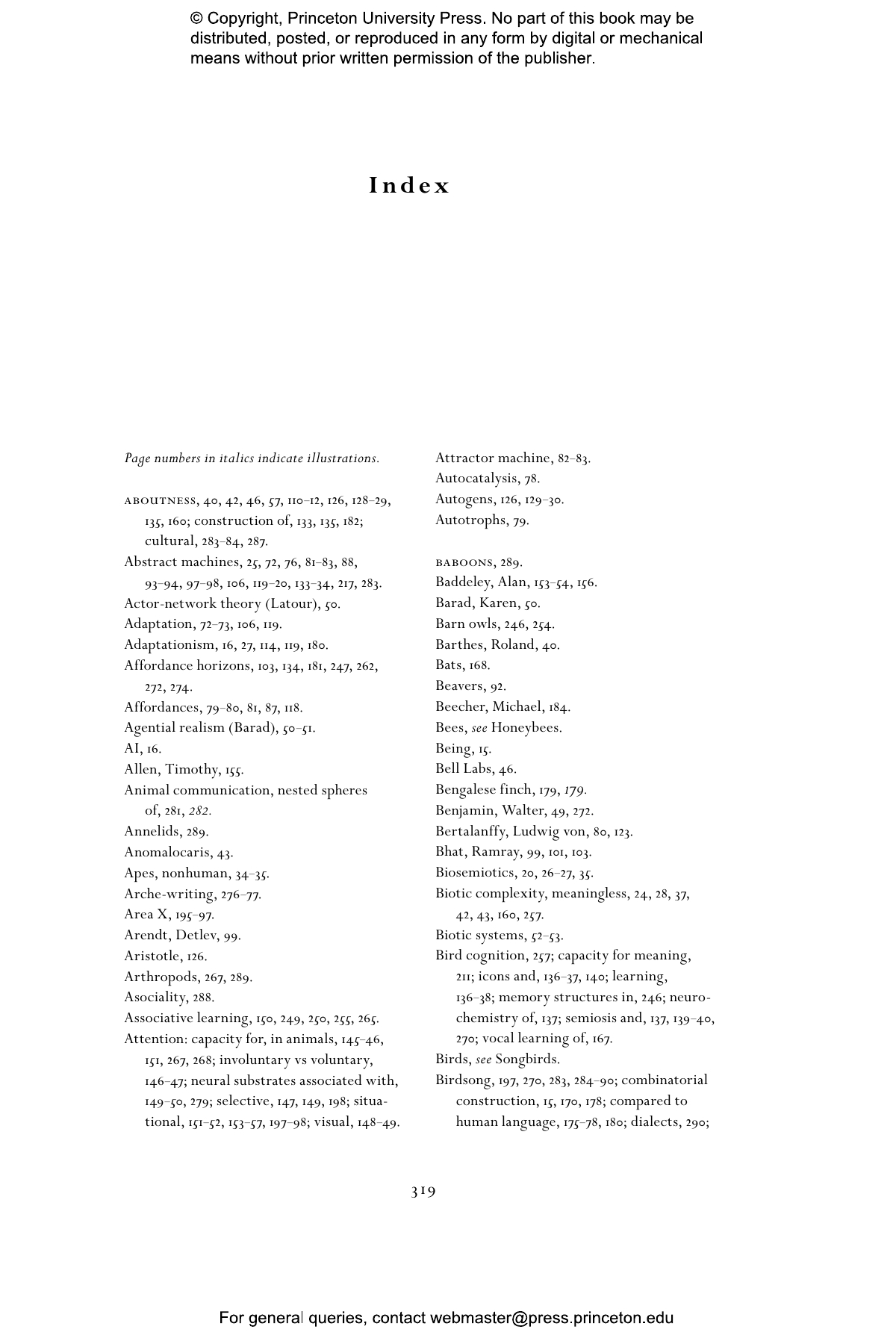 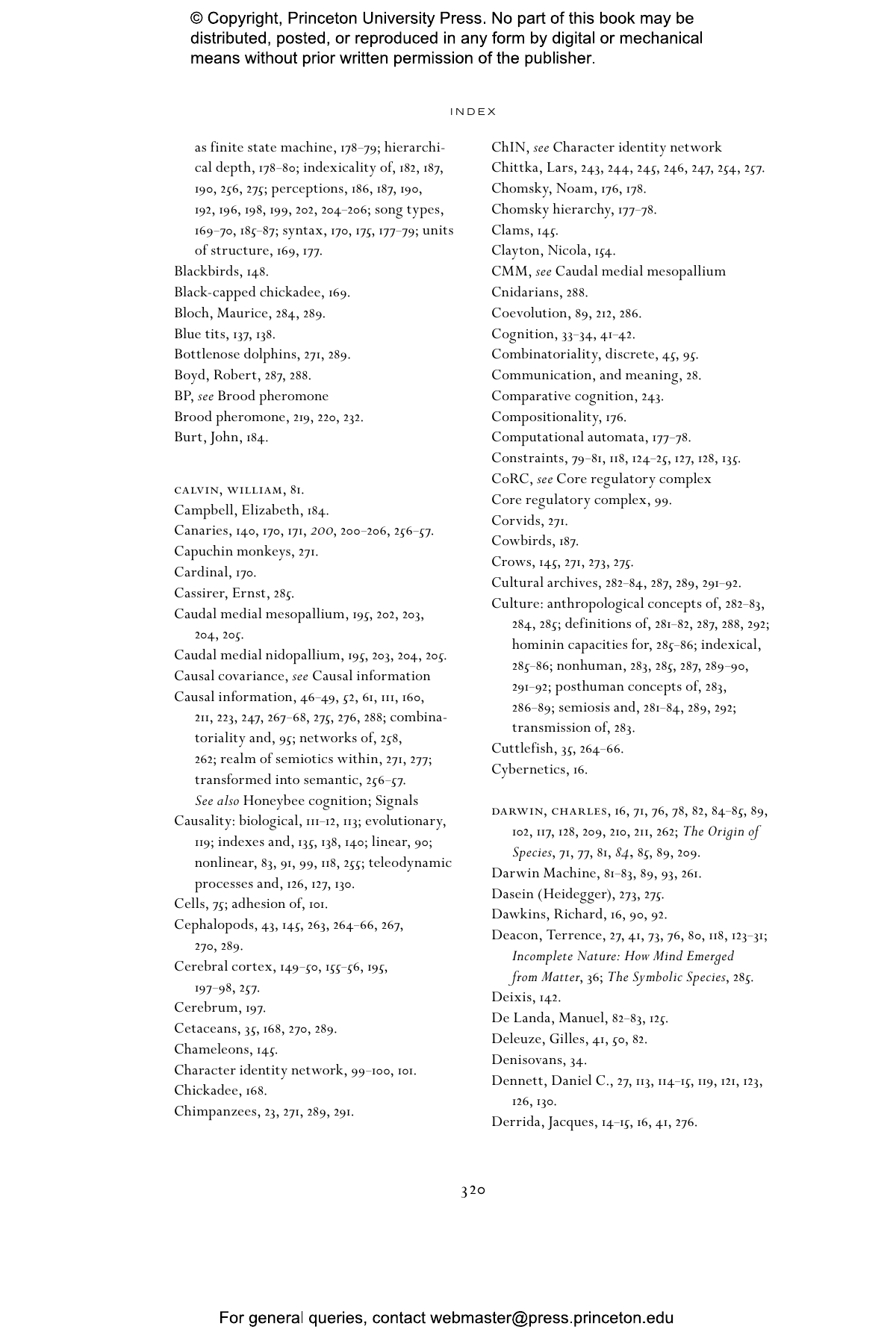 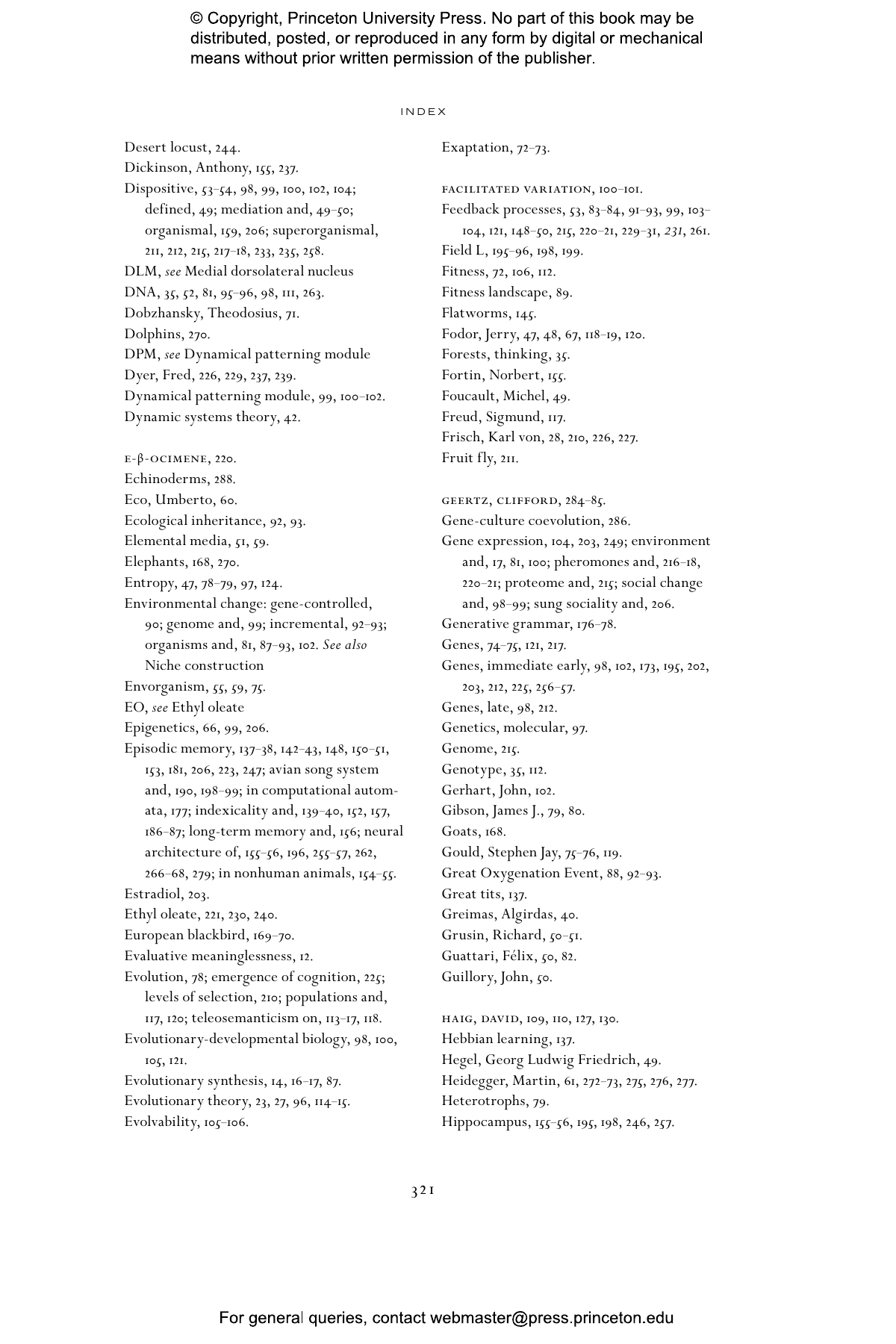 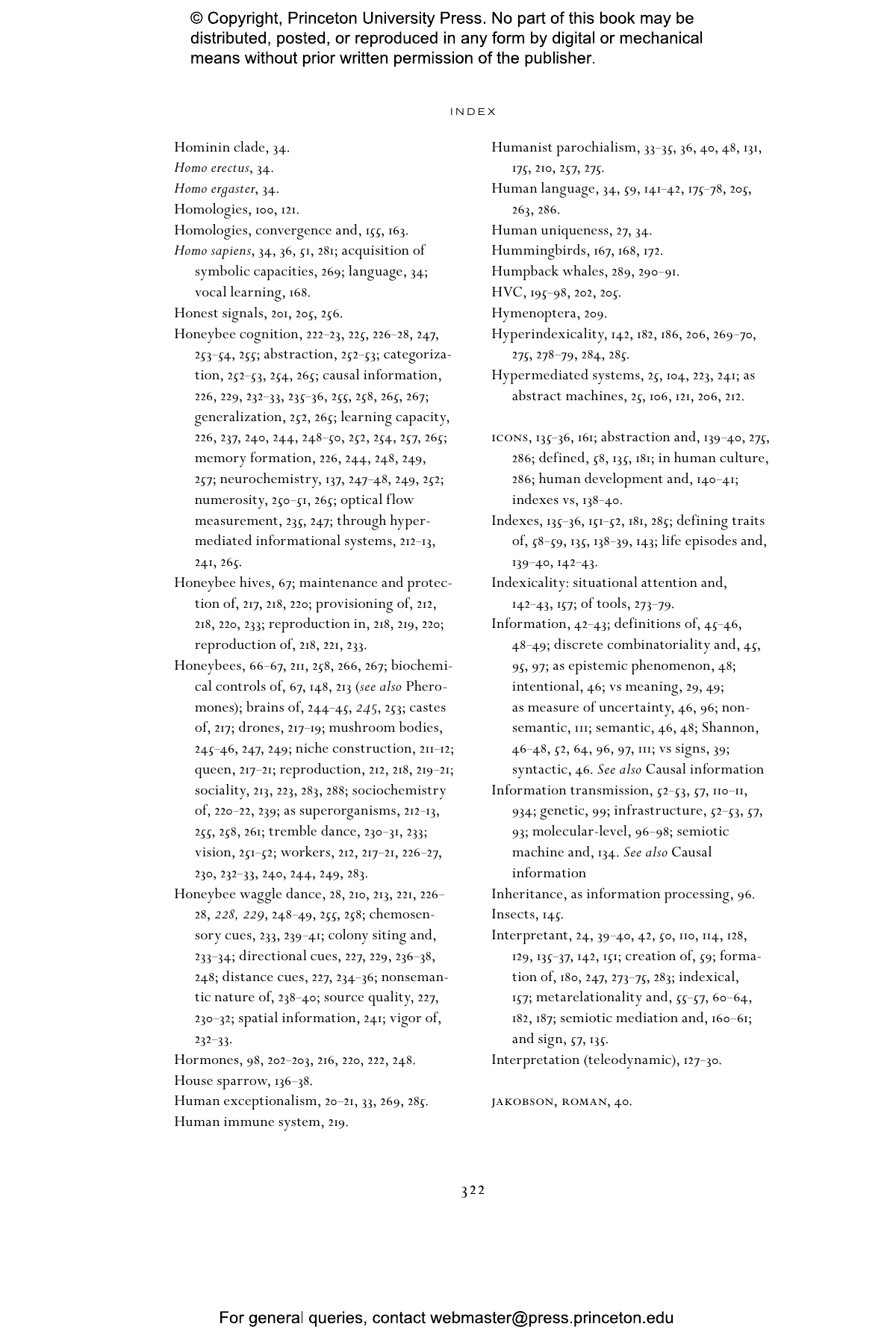 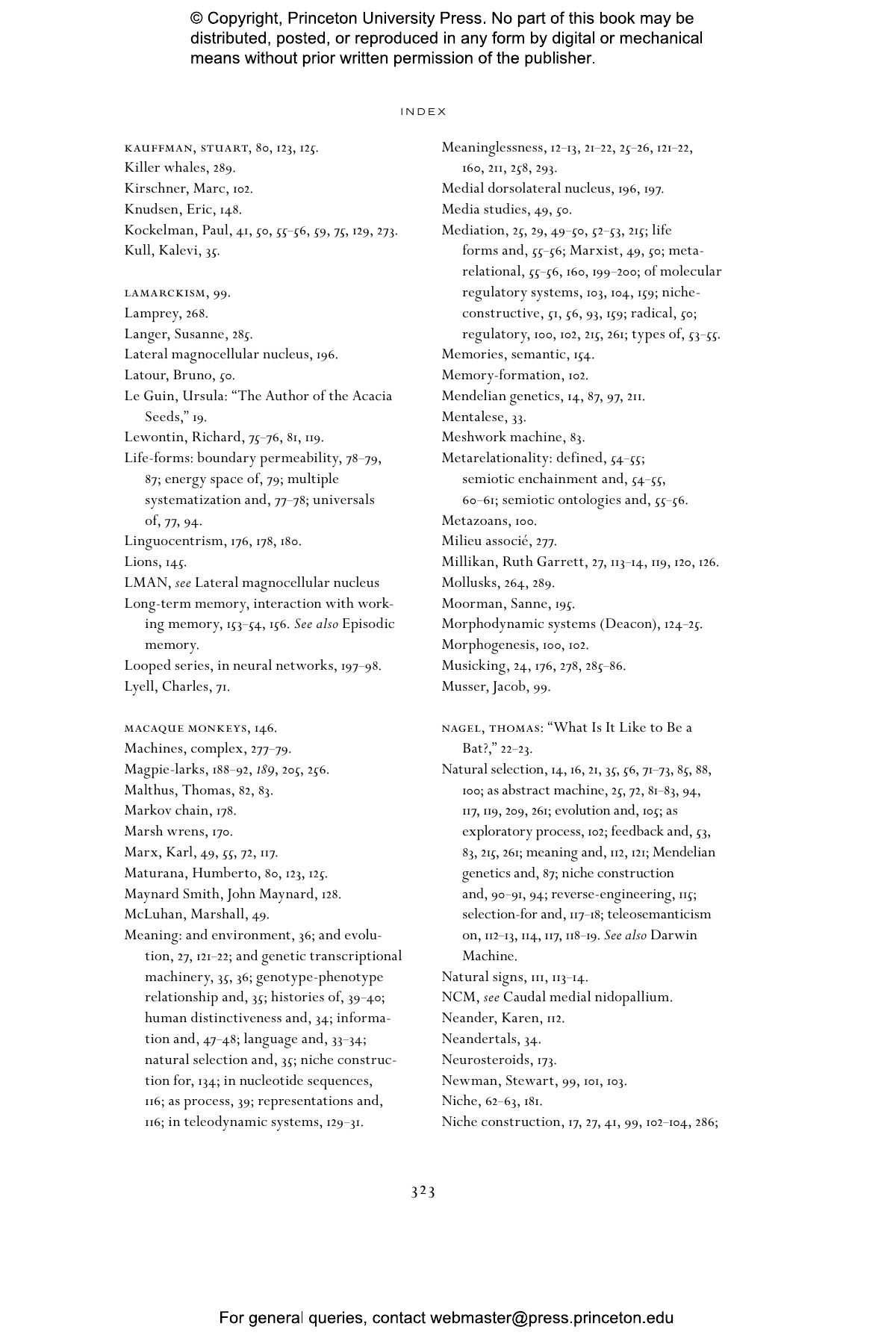 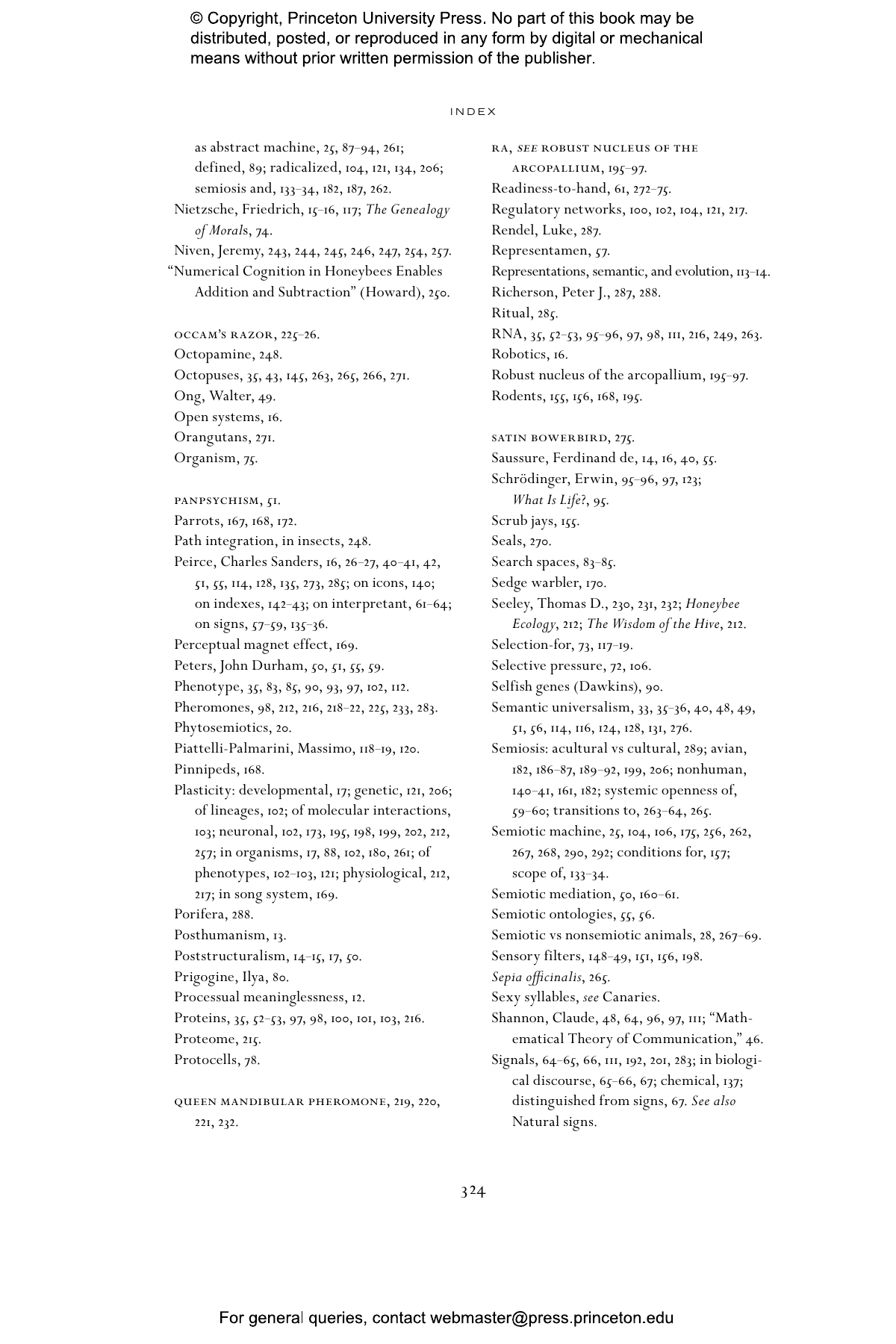 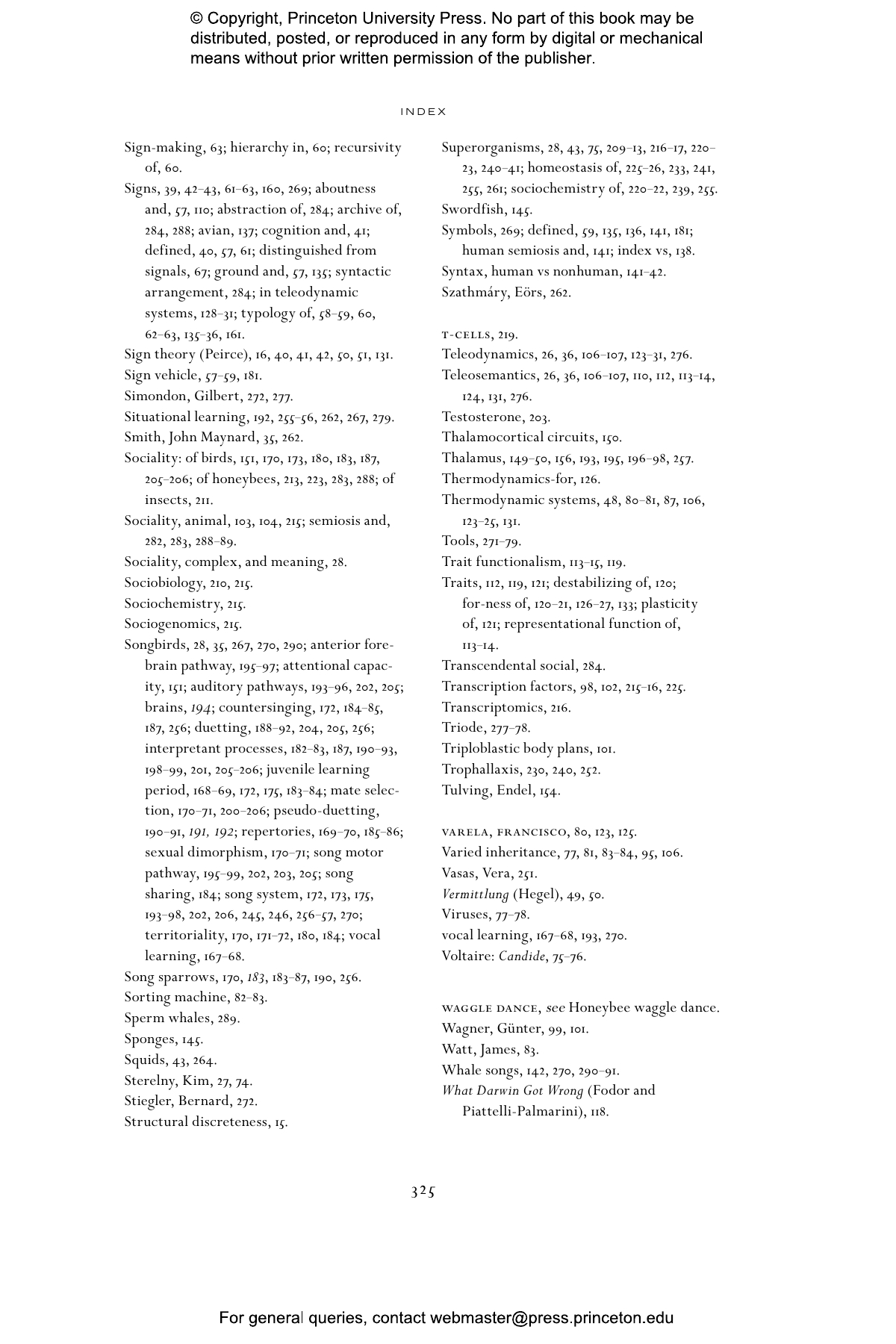 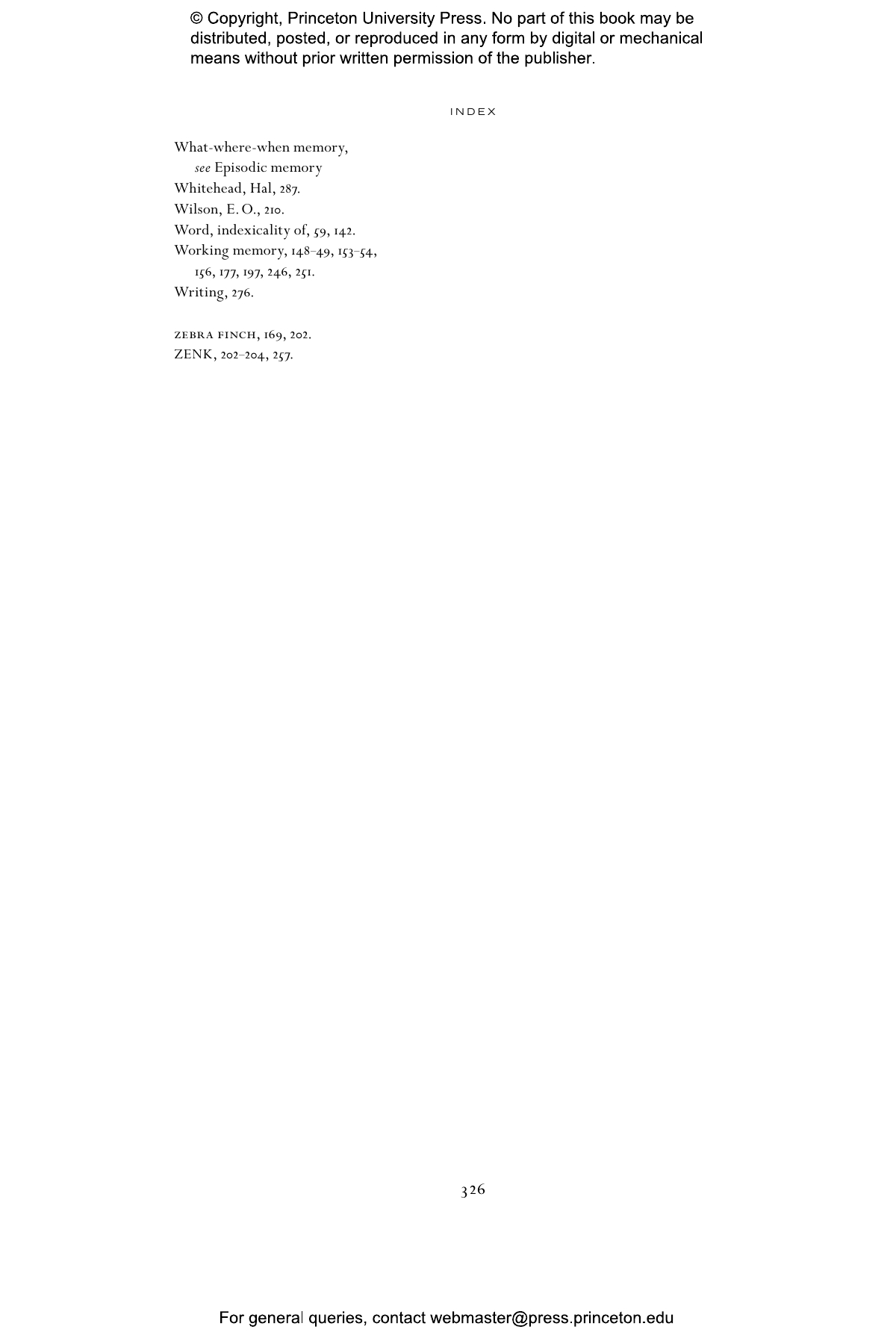 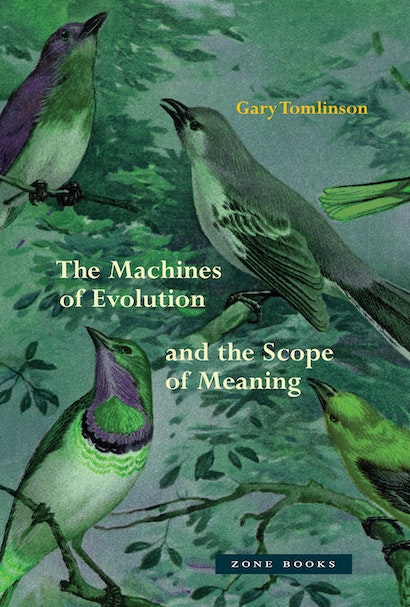 What is meaning? How does it arise? Where is it found in the world? In recent years, philosophers and scientists have answered these questions in different ways. Some see meaning as a uniquely human achievement, others extend it to trees, microbes, and even to the bonding of DNA and RNA molecules. In this groundbreaking book, Gary Tomlinson defines a middle path. Combining emergent thinking about evolution, new research on animal behaviors, and theories of information and signs, he tracks meaning far out into the animal world. At the same time he discerns limits to its scope and identifies innumerable life forms, including many animals and all other organisms, that make no meanings at all.

Tomlinson’s map of meaning starts from signs, the fundamental units of reference or aboutness. Where signs are at work they shape meaning-laden lifeways, offering possibilities for distinctive organism/niche interactions and sometimes leading to technology and culture. The emergence of meaning does not, however, monopolize complexity in the living world. Countless organisms generate awe-inspiring behavioral intricacies without meaning. The Machines of Evolution and the Scope of Meaning offers a revaluation of both meaning and meaninglessness, uncovering a foundational difference in animal solutions to the hard problem of life.

Gary Tomlinson is Sterling Professor of Music and Humanities at Yale University and the author of books on music, culture, and evolution, including A Million Years of Music: The Emergence of Human Modernity.

“It is rare to find a work so far reaching and fun-to-read, so synthetic and provocative, so careful in its concepts and creative in its pronouncements. Readers will be entranced by Tomlinson’s novel distinction between meaning and information, by his explication of the abstract machines that underlie the emergence of life, and by his detailed discussion of the fundamental distinction between the ‘languages’ of birds and bees. Along the way, Tomlinson offers a sharp critique of teleodynamic, teleosemantic, and posthumanist theories of meaning (and mind). And he develops a grounded theory of hypermediation in relation to what might best be called deep historicity.”—Paul Kockelman, Professor of Anthropology, Yale University

“The Machines of Evolution and the Scope of Meaning is an important reflection on evolutionary theory, offering a radically new perspective on the transition from biological to cultural evolution as a process involving the emergence of signing as a critical intermediate process. Brilliantly argued, it brings together recent scientific findings about animal behavior with the humanities’ exploration of the sphere of meaning from Hegel via Peirce to Deleuze. After A Million Years of Music and Culture and the Course of Human Evolution, this book is another milestone in establishing an extended concept of evolution.” — Jürgen Renn, Director at the Max Planck Institute for the History of Science and author of The Evolution of Knowledge: Rethinking Science for the Anthropocene and Manfred Laubichler, Global Futures Professor of Theoretical Biology at Arizona State University