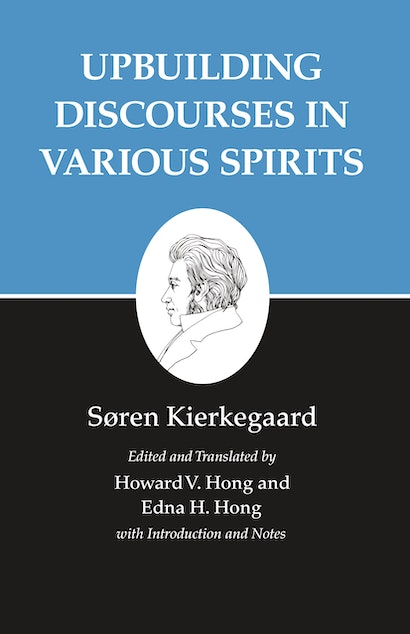 In his praise for Part I of Upbuilding Discourses in Various Spirits, the eminent Kierkegaard scholar Eduard Geismar said, “I am of the opinion that nothing of what he has written is to such a degree before the face of God. Anyone who really wants to understand Kierkegaard does well to begin with it.” These discourses, composed after Kierkegaard had initially intended to end his public writing career, constitute the first work of his “second authorship.”


Characterized by Kierkegaard as ethical-ironic, Part One, “Purity of Heart Is to Will One Thing,” offers a penetrating discussion of double-mindedness and ethical integrity. Part Two, “What We Learn from the Lilies in the Field and from the Birds of the Air,” humorously exposes an inverted qualitative difference between the learner and the teacher. In Part Three, “The Gospel of Sufferings, Christian Discourses,” the philosopher explores how joy can come out of suffering.

"The decision by Princeton University Press to publish a first paperback edition of the previously difficult to obtain 1993 hardback, Upbuilding Discourses in Various Spirits, provides a timely and especially welcome opportunity to review one of Søren Kierkegaard's (1813-55) most pastorally sensitive and lyrically evocative works."—Simon D. Podmore, European Legacy