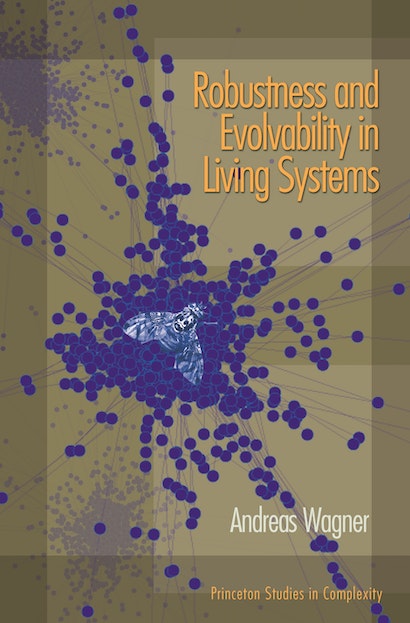 All living things are remarkably complex, yet their DNA is unstable, undergoing countless random mutations over generations. Despite this instability, most animals do not grow two heads or die, plants continue to thrive, and bacteria continue to divide. Robustness and Evolvability in Living Systems tackles this perplexing paradox. The book explores why genetic changes do not cause organisms to fail catastrophically and how evolution shapes organisms’ robustness. Andreas Wagner looks at this problem from the ground up, starting with the alphabet of DNA, the genetic code, RNA, and protein molecules, moving on to genetic networks and embryonic development, and working his way up to whole organisms. He then develops an evolutionary explanation for robustness.


Wagner shows how evolution by natural selection preferentially finds and favors robust solutions to the problems organisms face in surviving and reproducing. Such robustness, he argues, also enhances the potential for future evolutionary innovation. Wagner also argues that robustness has less to do with organisms having plenty of spare parts (the redundancy theory that has been popular) and more to do with the reality that mutations can change organisms in ways that do not substantively affect their fitness.


Unparalleled in its field, this book offers the most detailed analysis available of all facets of robustness within organisms. It will appeal not only to biologists but also to engineers interested in the design of robust systems and to social scientists concerned with robustness in human communities and populations.

Andreas Wagner is professor of biochemistry at the University of Zurich. He studies the evolution of biological systems on all levels of organismal organization, from genes and genomes to gene networks and embryonic development

"Wagner's treatise is more than good biology; it is also very interesting biology. The picture is painted by talented hands. . . . If I have a favorite aspect of the book, it is the meticulous yet insightful analysis of neutral spaces and their relevance for the main themes of the book."—Eörs Szathmáry, Nature

"Wagner contributes significantly to the emerging view that natural selection is just one, and maybe not even the most fundamental, source of biological order. His two-page epilogue throws out seven open questions for systems biologists and neo-Darwinians to consider; hopefully they will do so."—Greg Gibson, Science

"This book is invaluable for everybody interested in robustness. . . . I predict that for many years to come, Wagner's book will be the bibliographic reference work of choice for research on robustness."—Claus O. Wilke, BioScience

"Unparalleled in its field, this book offers the most detailed analysis available of all facets of robustness within organisms. It will appeal not only to biologists but also to engineers interested in the design of robust systems and to social scientists concerned with robustness in human communities and populations."—Ethnology, Ecology, and Evolution

"This is a timely book that should appeal to biologists, engineers, and applied mathematicians."—David C. Krakauer, Santa Fe Institute

"This is a major contribution, addressing what are perhaps the central questions in the subject of complex adaptive systems: What makes systems robust and how does selection at different levels of organization act to shape robustness? It is a well-written, well-organized, provocative piece of scholarly work that will be widely read and debated."—Simon Levin, Princeton University