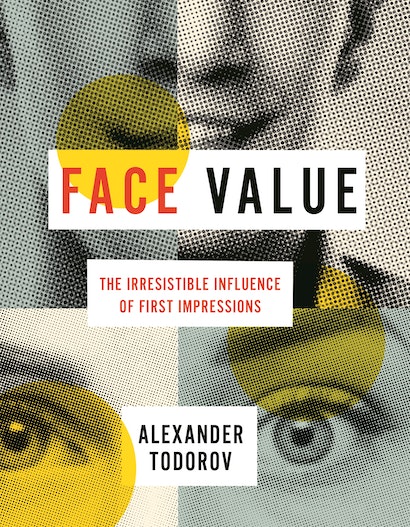 We make up our minds about others after seeing their faces for a fraction of a second—and these snap judgments predict all kinds of important decisions. For example, politicians who simply look more competent are more likely to win elections. Yet the character judgments we make from faces are as inaccurate as they are irresistible; in most situations, we would guess more accurately if we ignored faces. So why do we put so much stock in these widely shared impressions? What is their purpose if they are completely unreliable? In this book, Alexander Todorov, one of the world’s leading researchers on the subject, answers these questions as he tells the story of the modern science of first impressions.

Drawing on psychology, cognitive science, neuroscience, computer science, and other fields, this accessible and richly illustrated book describes cutting-edge research and puts it in the context of the history of efforts to read personality from faces. Todorov describes how we have evolved the ability to read basic social signals and momentary emotional states from faces, using a network of brain regions dedicated to the processing of faces. Yet contrary to the nineteenth-century pseudoscience of physiognomy and even some of today’s psychologists, faces don’t provide us a map to the personalities of others. Rather, the impressions we draw from faces reveal a map of our own biases and stereotypes.

A fascinating scientific account of first impressions, Face Value explains why we pay so much attention to faces, why they lead us astray, and what our judgments actually tell us.

Alexander Todorov is professor of psychology at Princeton University, where he is also affiliated with the Princeton Neuroscience Institute and the Woodrow Wilson School of Public and International Affairs. His research on first impressions has been covered by media around the world, including the New York Times, the Guardian, the New Yorker, the Daily Telegraph, Scientific American, PBS, and NPR. He lives in Princeton. 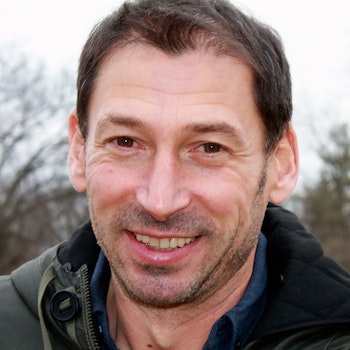 "A mesmerising book."—Carol Midgley, The Times

"Face Value raises a compelling and unresolved issue: First impressions are reasonably consistent, meaning that people largely agree on which faces they judge trustworthy or threatening or dominant. Yet these judgements may be far from accurate, leading to great social injustice in myriad daily interactions. . . . Todorov's book excels in explaining how he and other researchers have figured out many of the subtle cues that the mind uses in constructing [these impressions]."—Nicholas Wade, Wall Street Journal

"First impressions and snap judgements are not trivial: they can overturn elections and make or break careers. Drawing on cognitive and computer science, this weighty, well-illustrated study by psychologist Alexander Todorov journeys under the skin to reveal how 'face-reading'—as in the old pseudoscience of physiognomy—has given way to a scientific understanding of perceptual bias vis-à-vis the visage. Todorov unpeels the responses of newborns to 'faceness', the hunt for face-selective neurons, the chameleonic self-portraiture of artist Cindy Sherman and more."—Barbara Kiser, Nature

"Face Value sets out a persuasive and fascinating argument."—Oliver Moody, The Times

"It's not the kind of book you’d expect to want to read more—just as in an adventure novel—but that’s exactly what Face Value does: it gives you a lot of information in a way that always leaves you wanting for more. . . . A delightful book."—Mihai Andrei, ZME Science

"Since the early 2000s, Princeton University psychology professor Alexander Todorov has been studying . . . the first impression. In his new book, Face Value, Todorov pulls together all he's learned about first impressions. At first glance—and upon a careful reading—it makes for a fascinating and thorough examination of the subject."—Theodore Kinni, Strategy + Business

"Informative and entertaining. . . . Although it is aimed primarily at the general public I think that most psychologists will find this book to be an enjoyable and informative read, demonstrating not only the fascinating research emerging in the field of facial cognition but also providing a case study of how the scientific method can be applied to untangle the complex and subtle processes that make up the human mind."—James P. Schmidt, PsycCRITIQUES

"Faces are what newborns naturally seek. They are the objects of our love, trust, fear, longing, and memory. They inspire poetry and the visual arts. We rely on faces to reveal mood and character, allowing them to influence hiring decisions, criminal convictions, and elections. In this magisterial work, Todorov takes us on a tour of the face, its role in human affairs, and its power to influence and mislead. You'll always look at faces, but never the same way again."—Eldar Shafir, coauthor of Scarcity: The New Science of Having Less and How It Defines Our Lives

"Todorov's work is fun and somewhat shocking on the surface, but the deeper implication—that much of our decision-making and behavior is unconscious and unknown to us—goes well beyond his findings about the biases we bring to evaluating the faces of other people. Face Value shows that as much as we think of ourselves as rational creatures in control of what we do we are just as often influenced by eyebrows and chins. Terrifying and enjoyable."—David Byrne, founder of Talking Heads and author of How Music Works

"Face Value is an excellent book, with many surprising insights and many compelling illustrations that offer a complex aesthetic experience."—Daniel Kahneman, winner of the Nobel Prize in Economics and author of Thinking, Fast and Slow

"From one of the world's great experts on the human face, this is a book that illuminates the eternal belief that the face holds the secrets to a person’s character. Todorov is a brilliant teacher of the history of this great myth, as he patiently unveils for us the rich and fascinating science of the psychology of face perception. I am humbler for having read this book, with a truer understanding of the mind of my species."—Mahzarin R. Banaji, coauthor of Blindspot: The Hidden Biases of Good People

"Face Value is an impressive, engaging, and enjoyable survey of the fascinating scientific research on our perception of faces, from a key contributor to the work. It should appeal to scientists as well as general readers."—Pawan Sinha, Massachusetts Institute of Technology

"Alexander Todorov is one of the top researchers in the world on the social cognition of faces. In Face Value, he brings together a huge body of research on the subject, puts it into historical perspective, and tells many fascinating anecdotes."—Lisa DeBruine, University of Glasgow