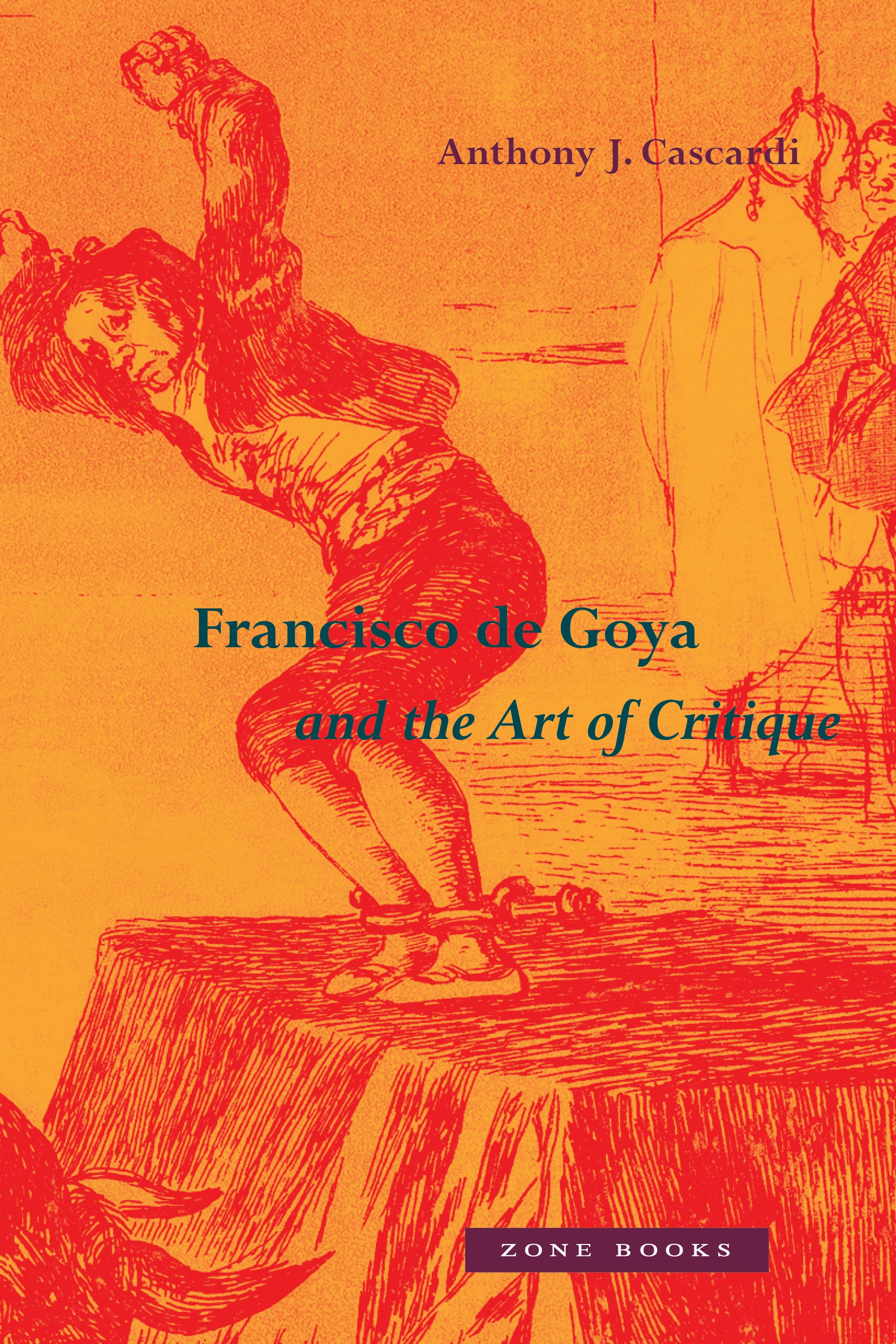 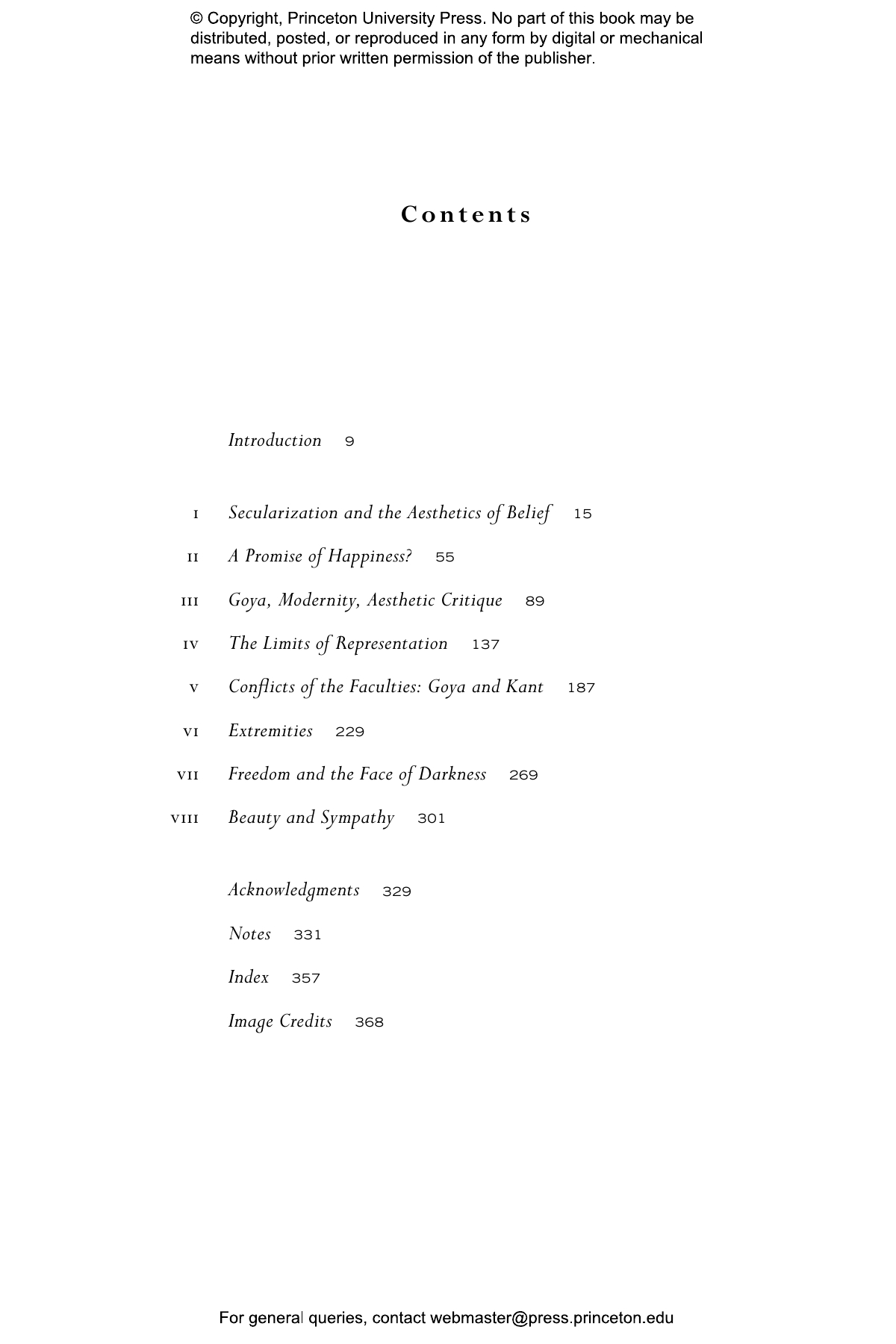 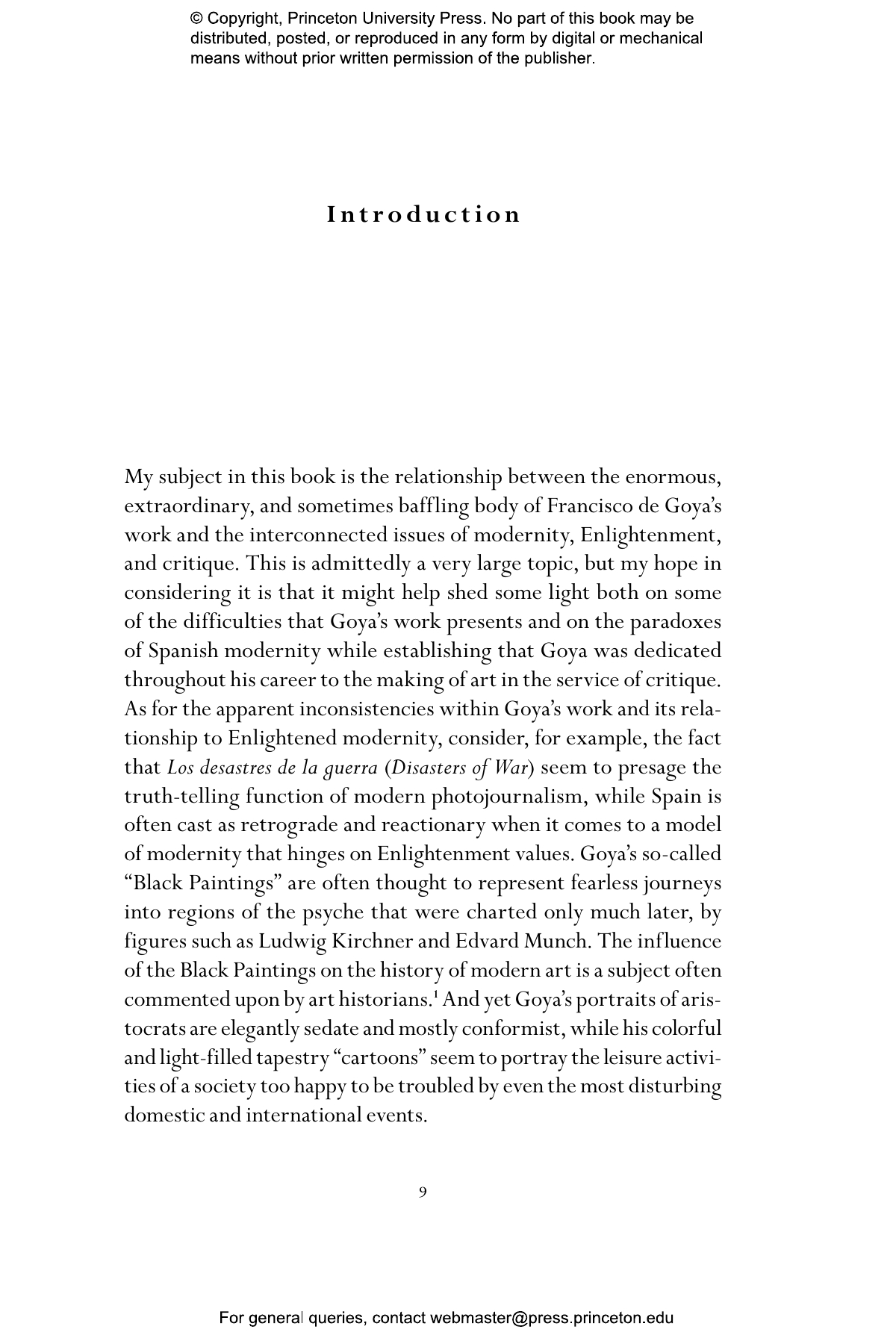 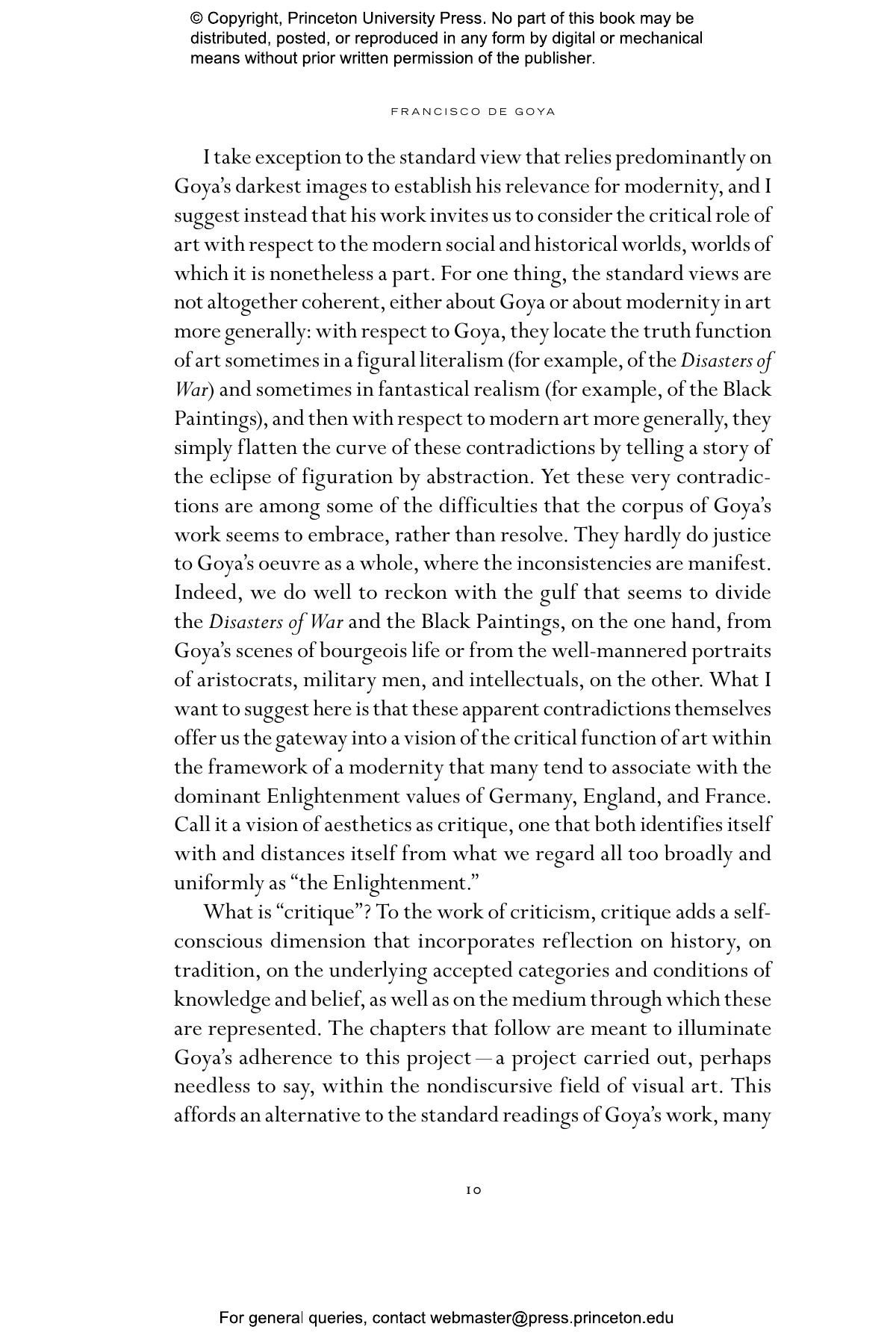 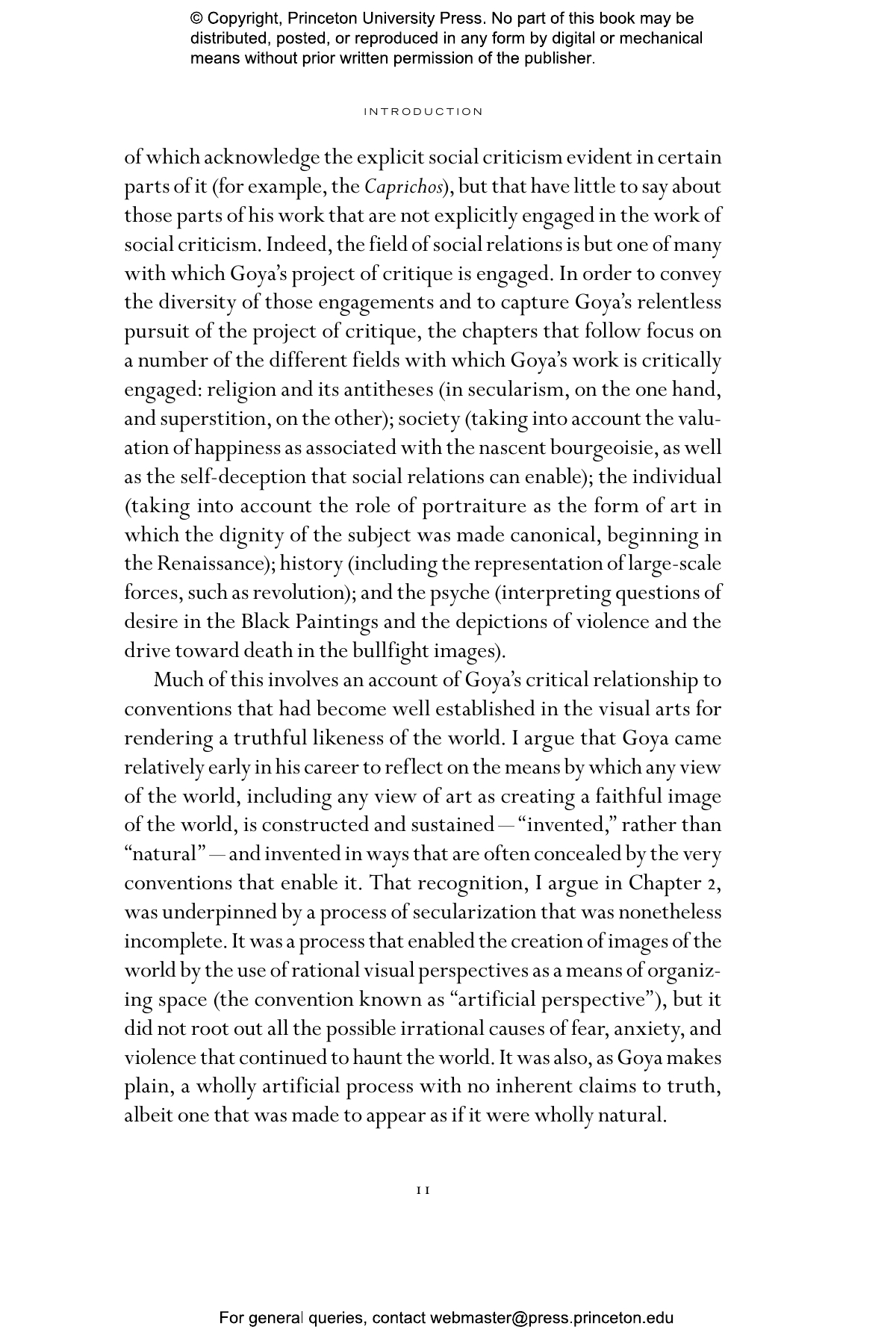 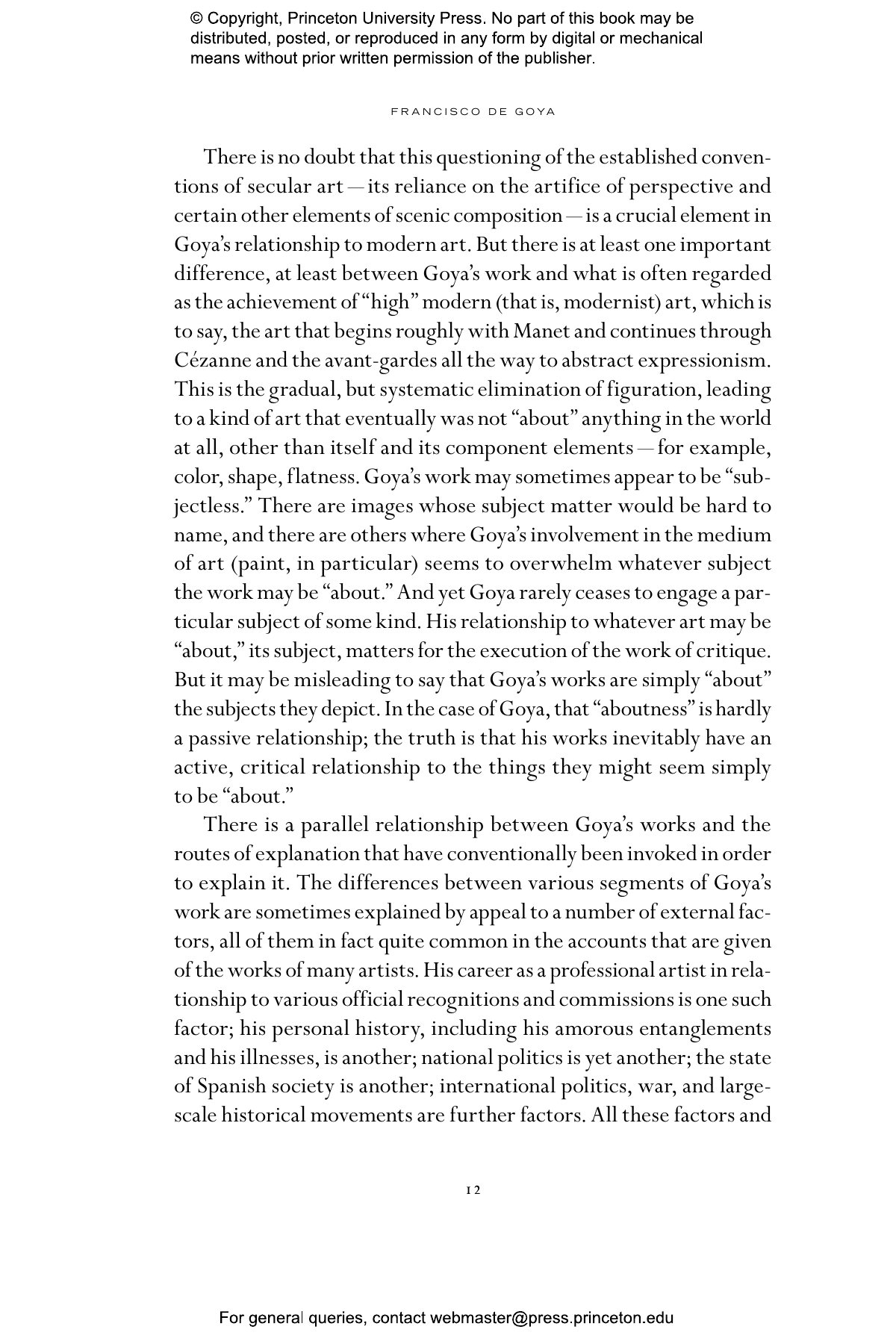 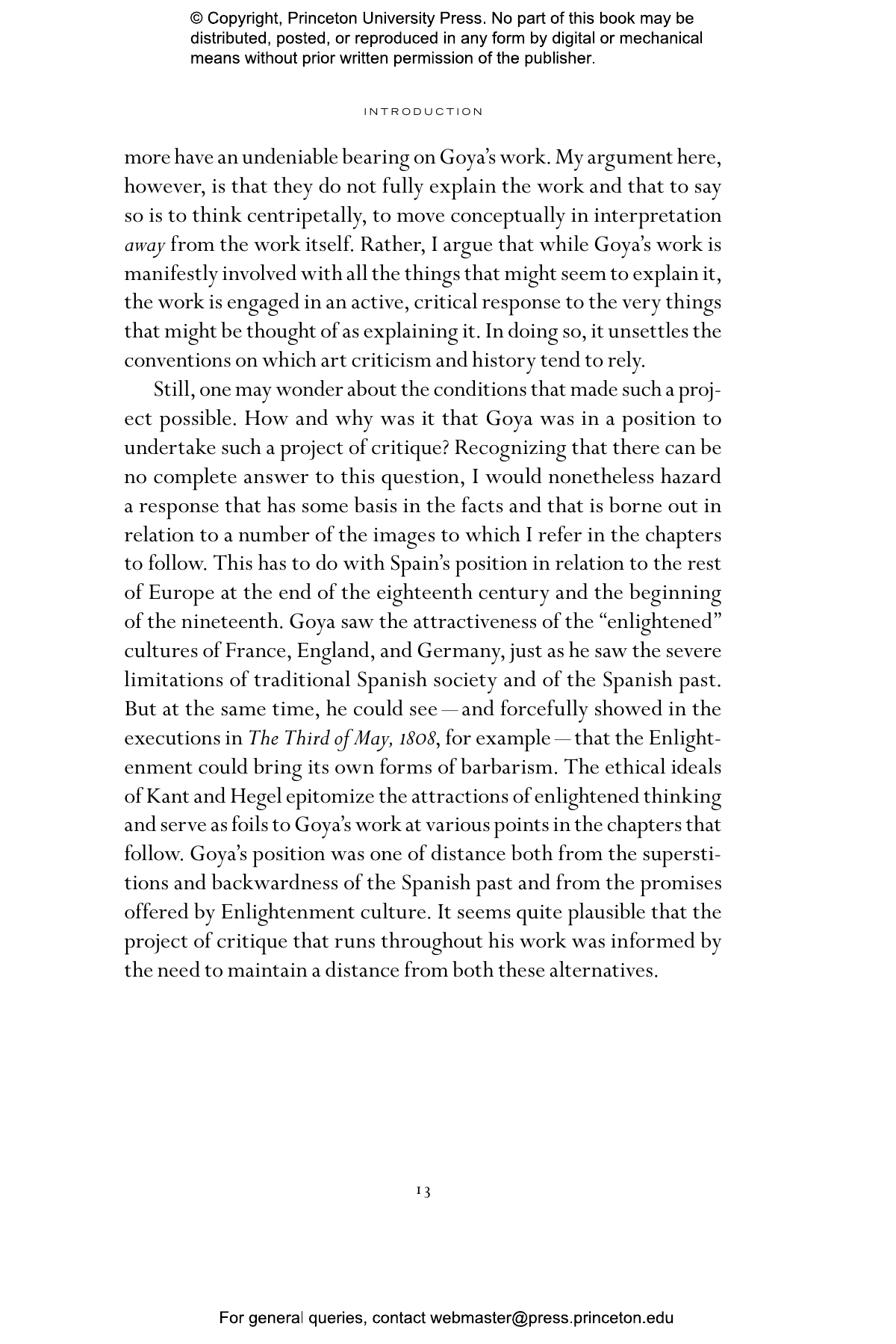 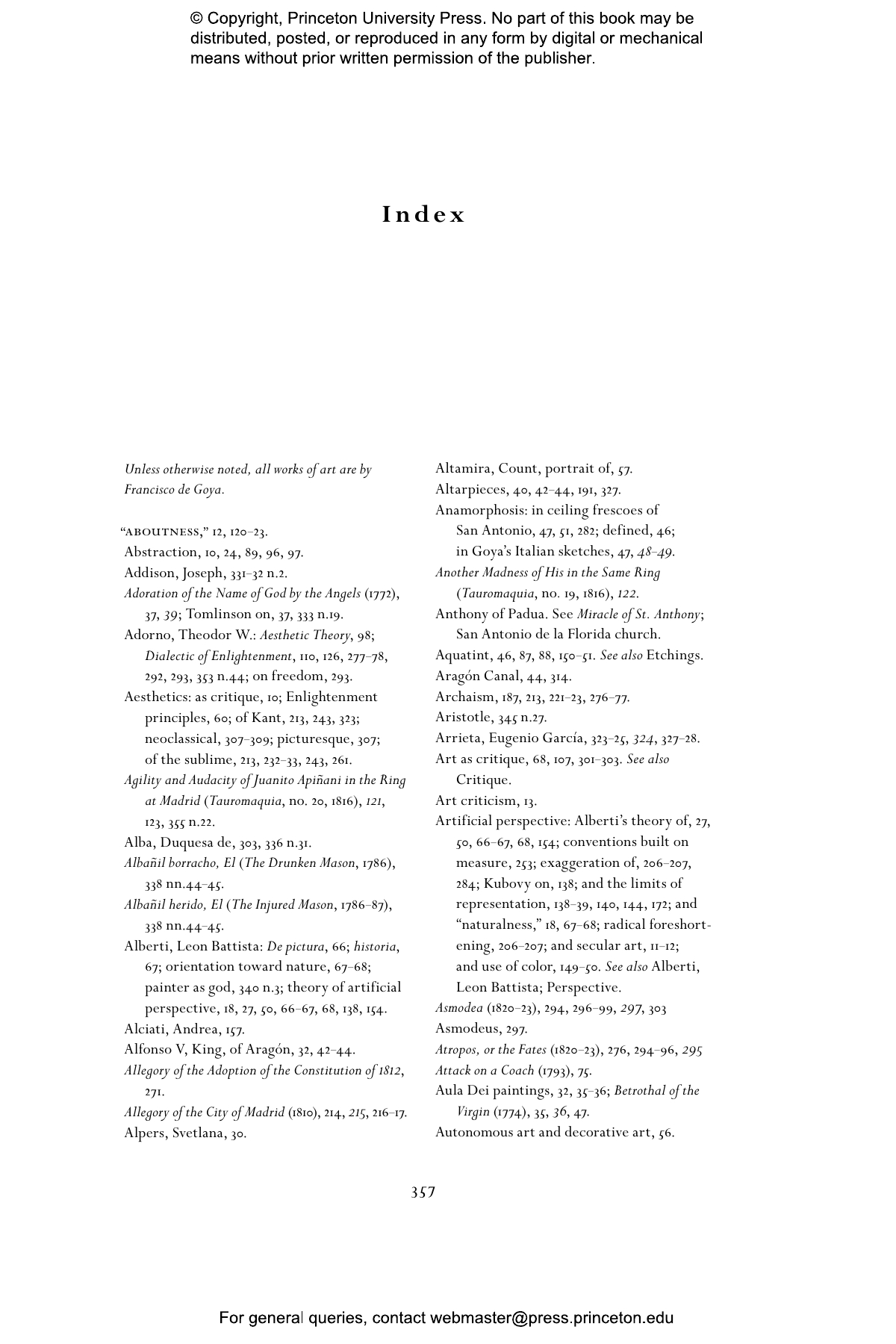 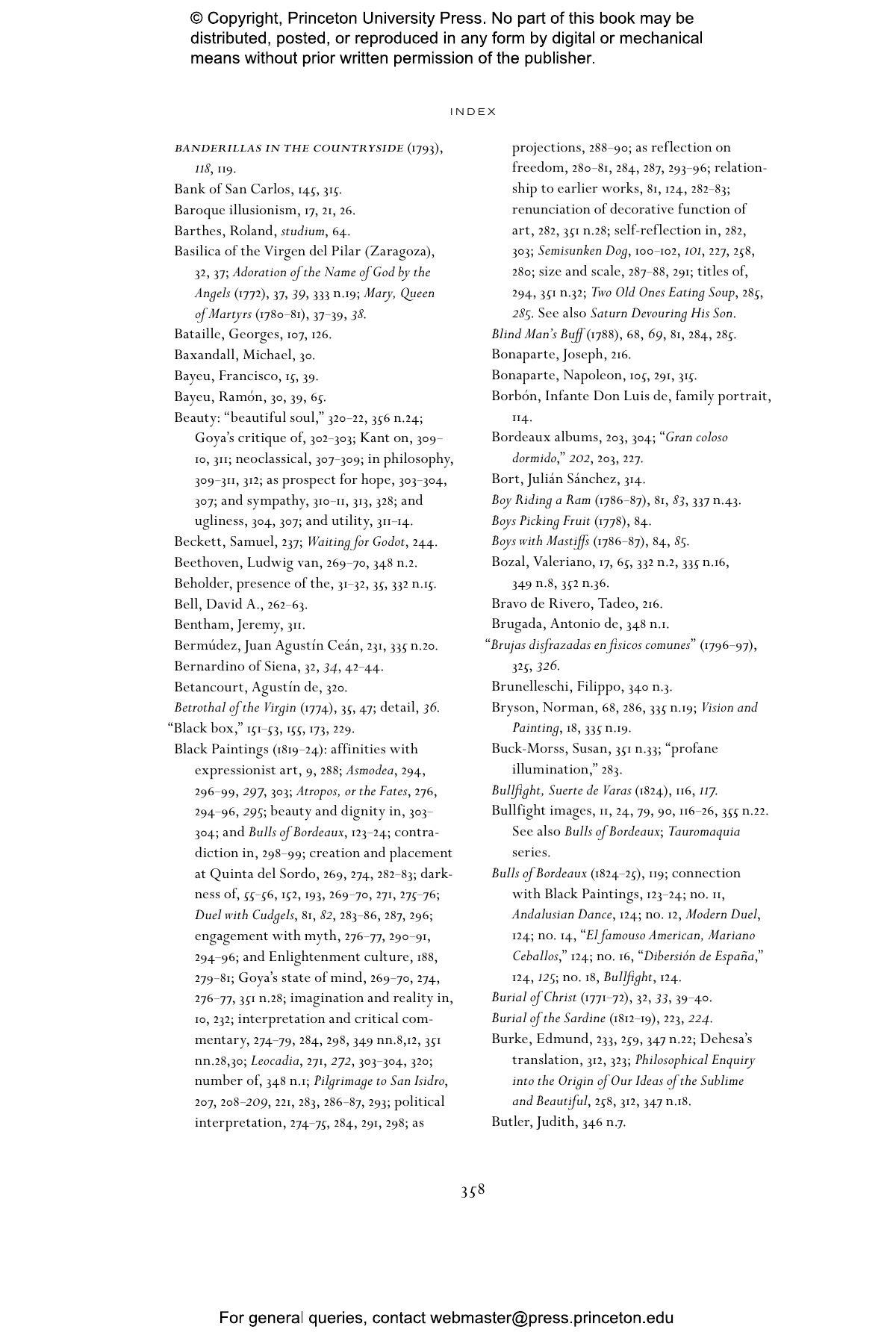 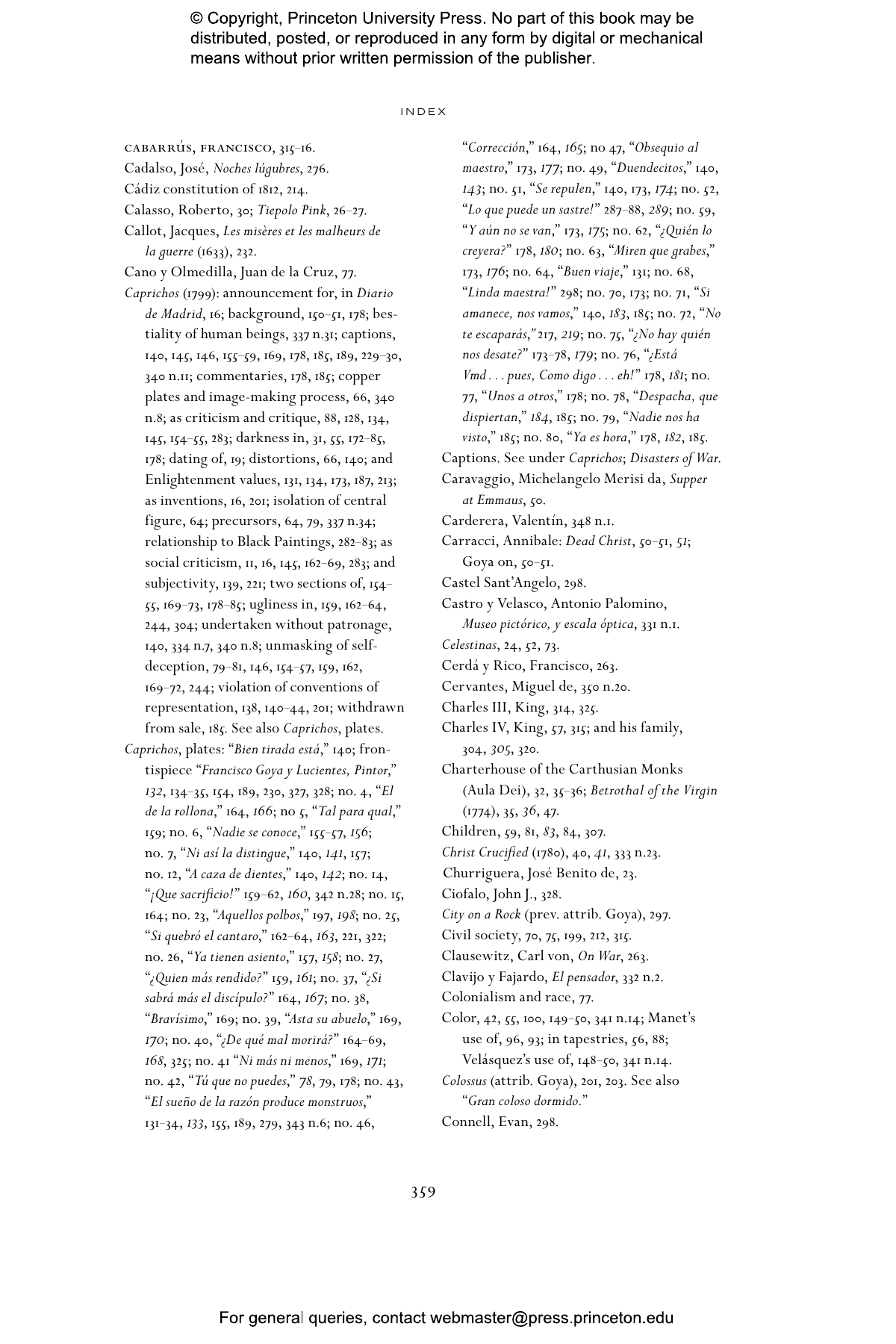 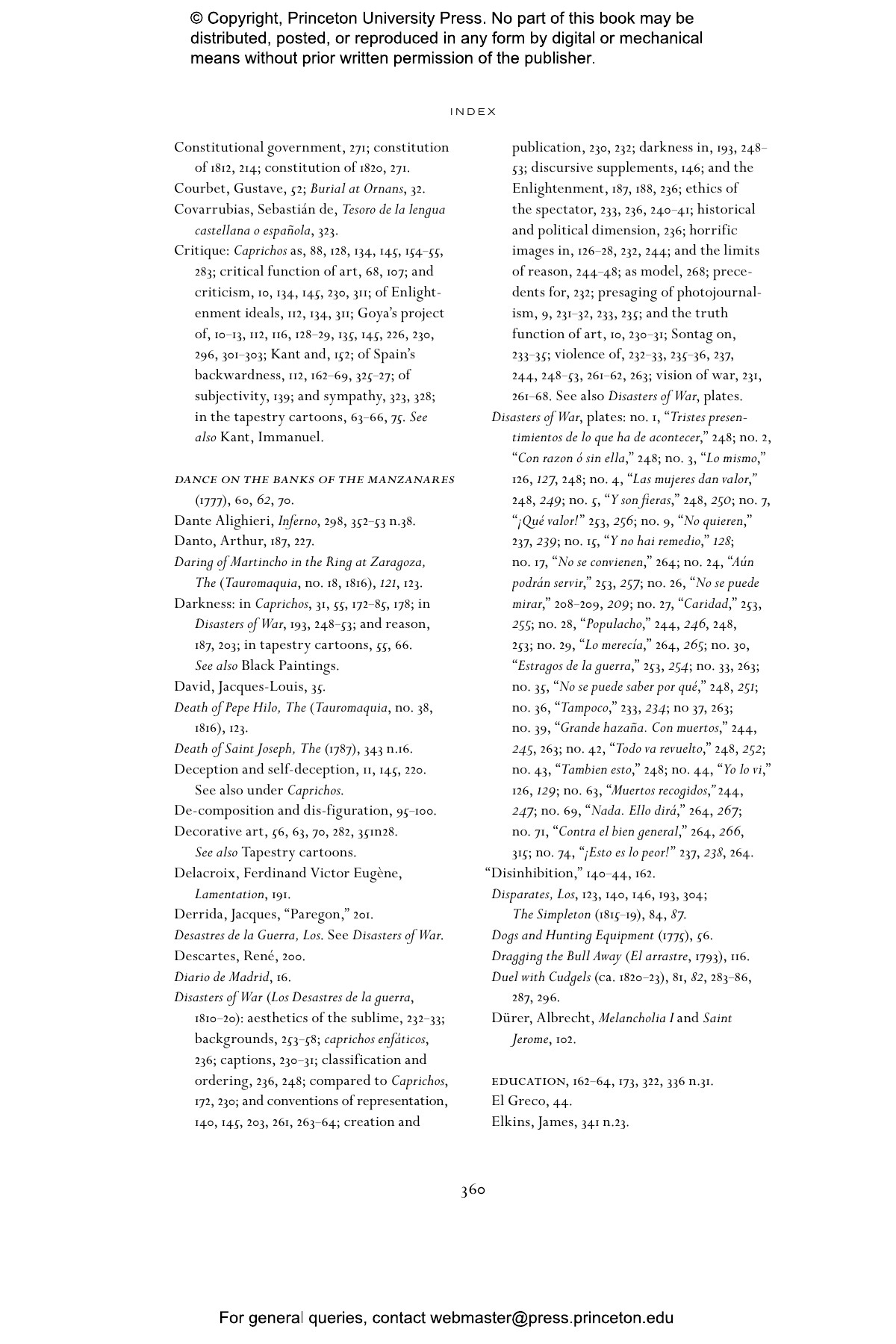 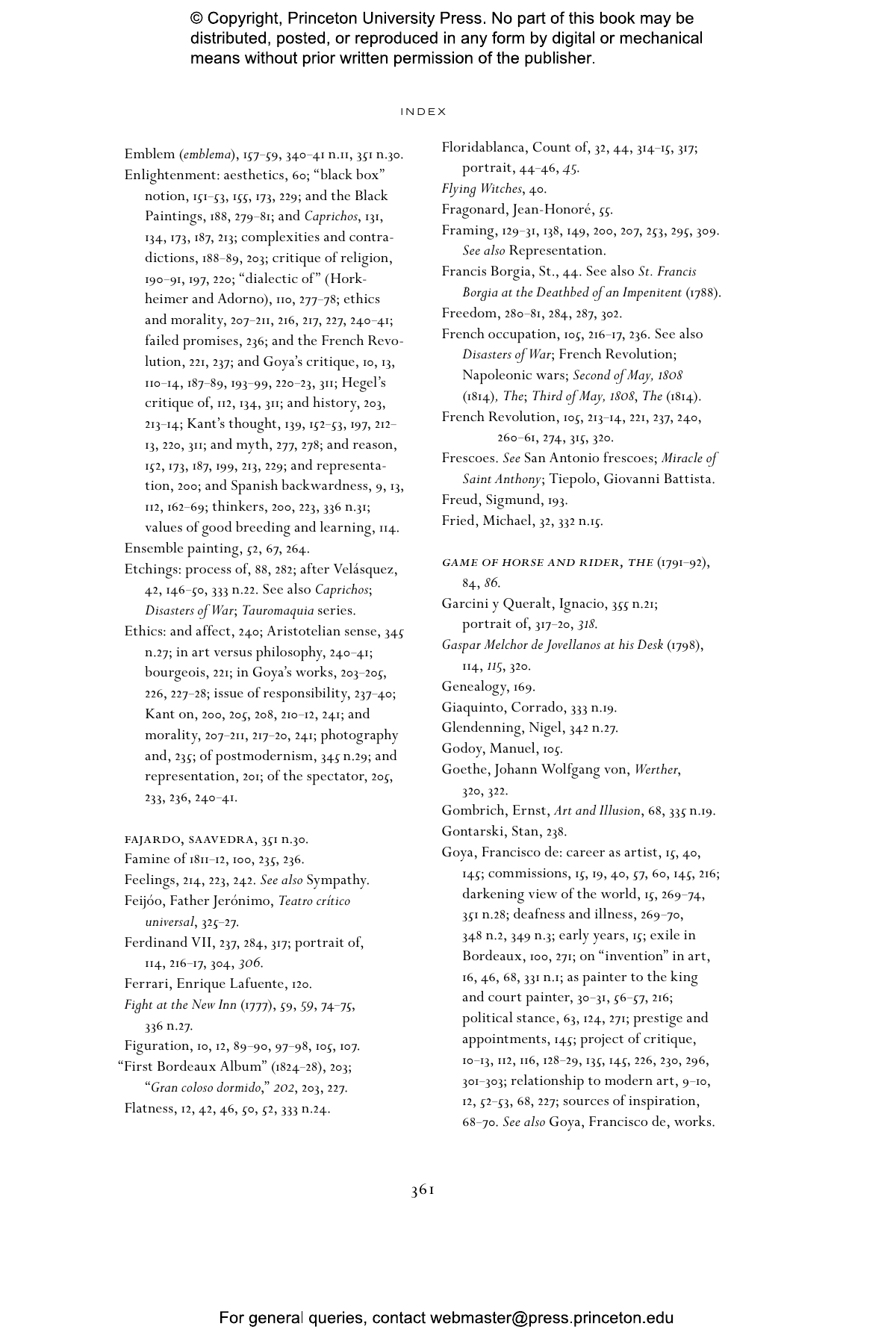 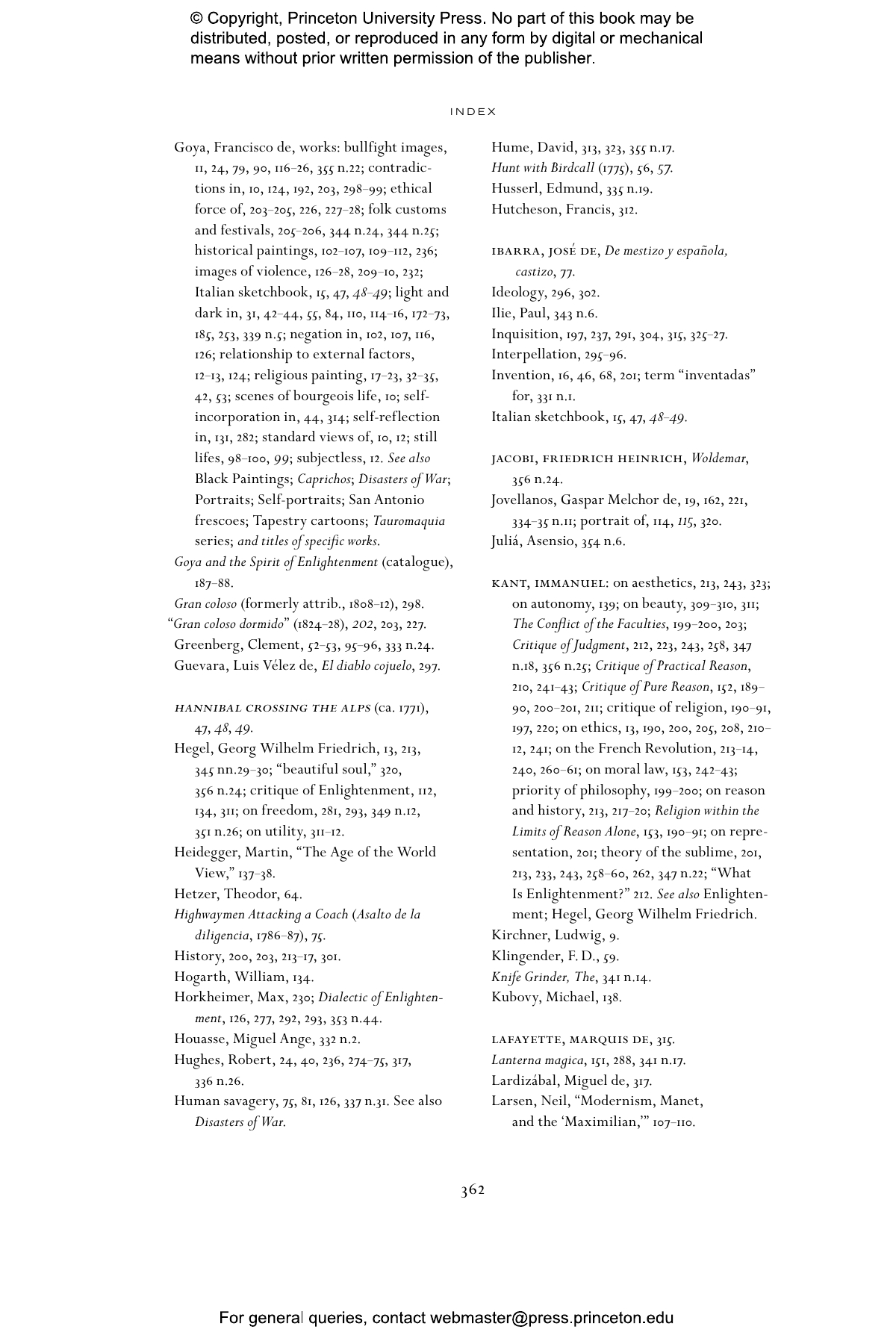 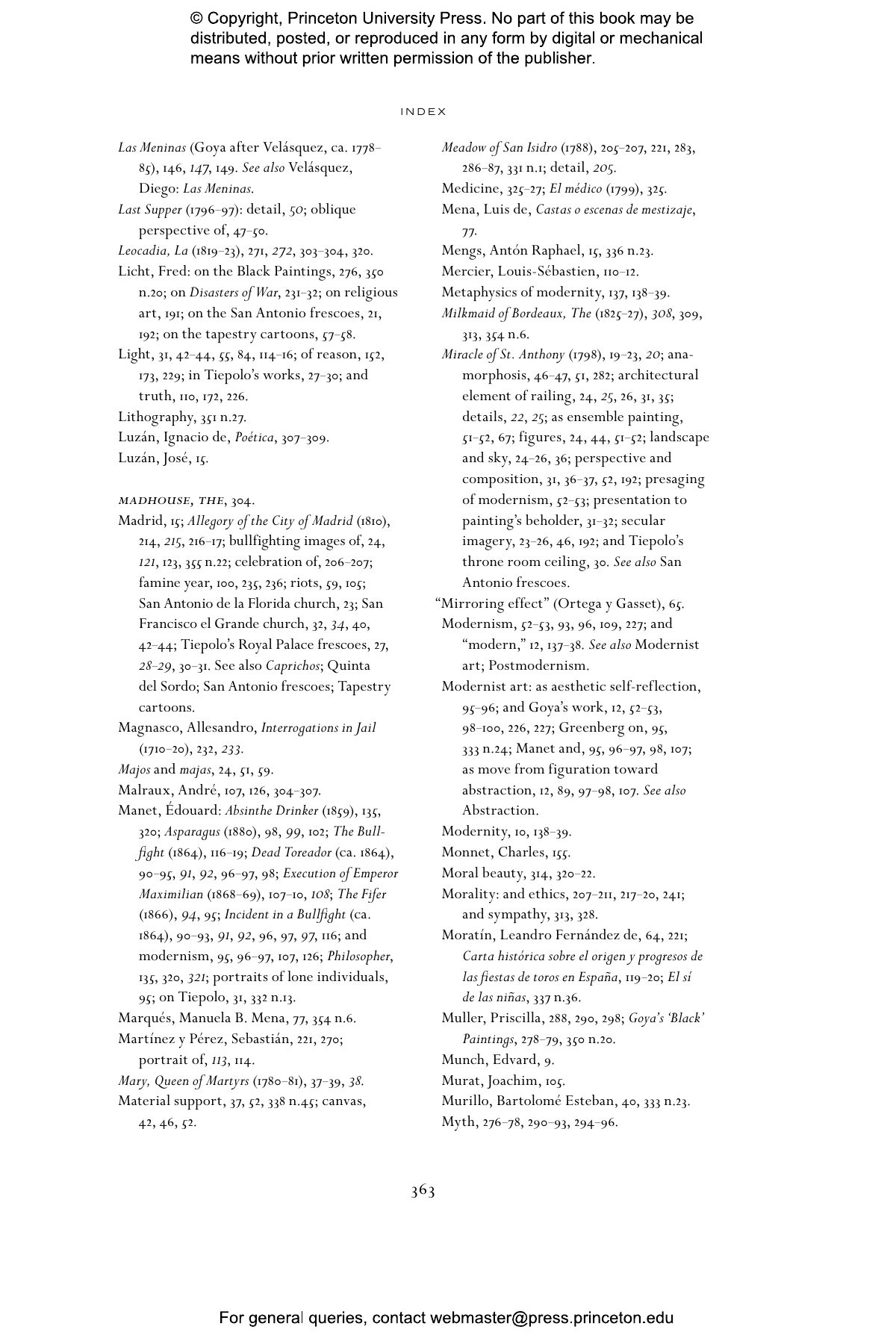 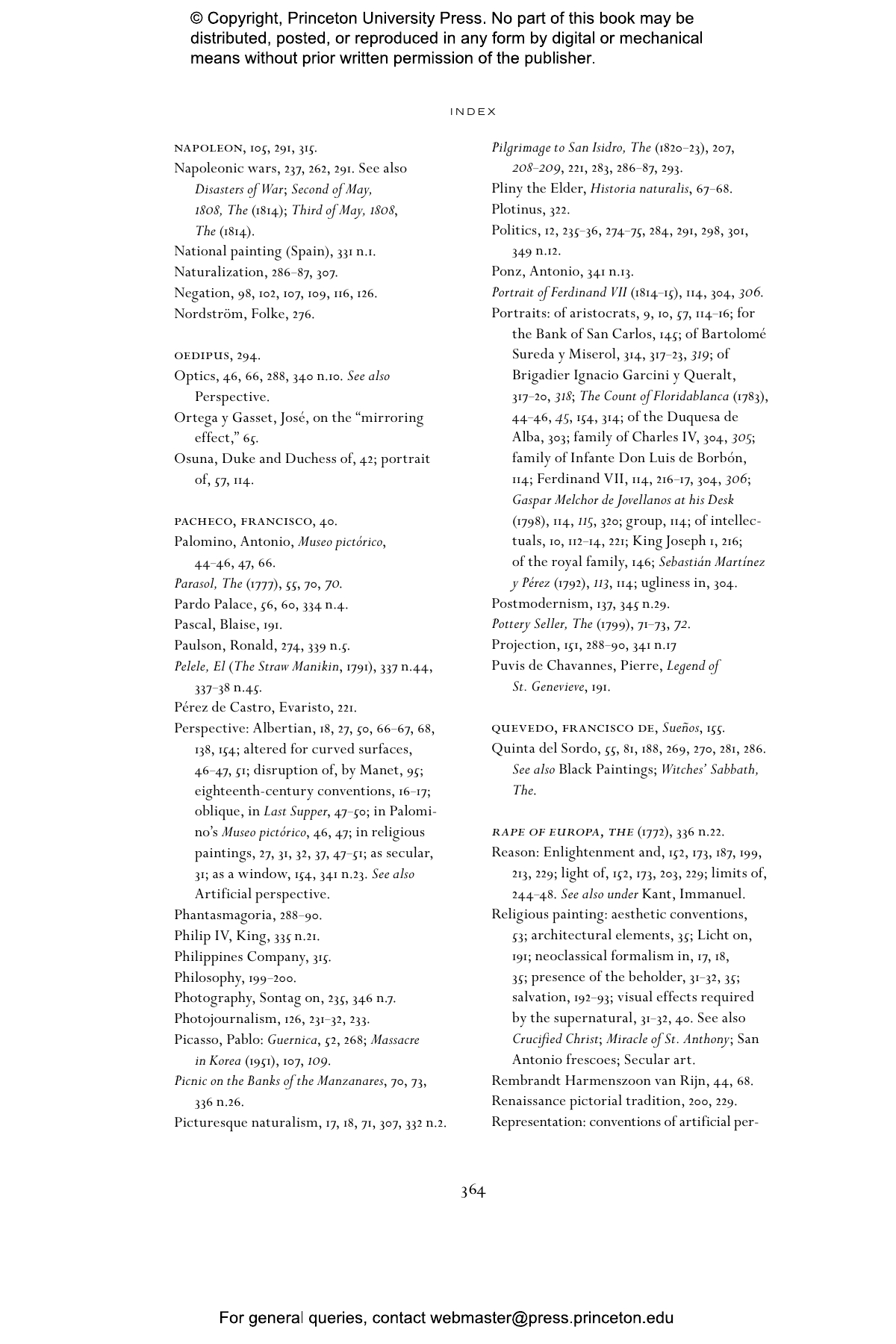 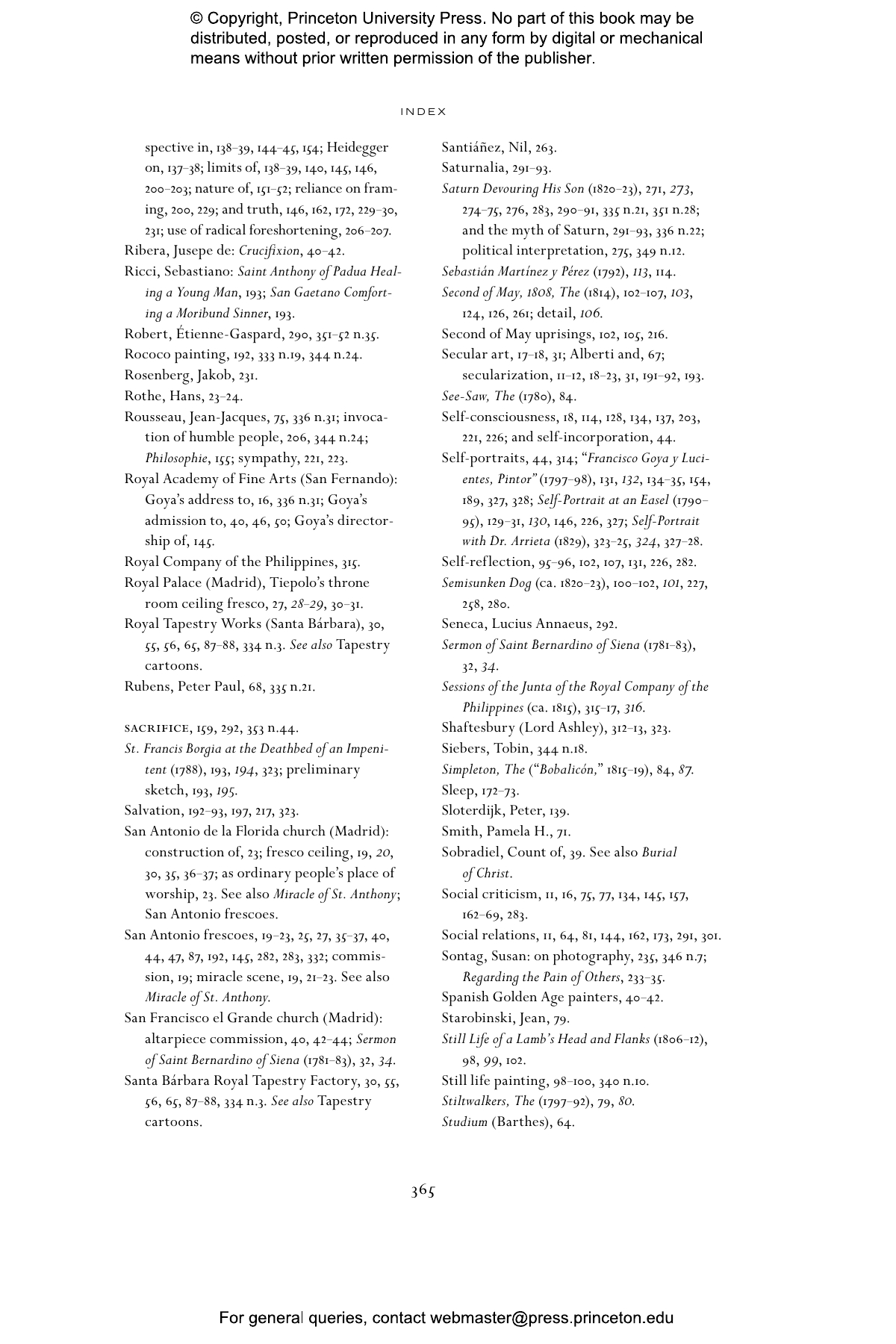 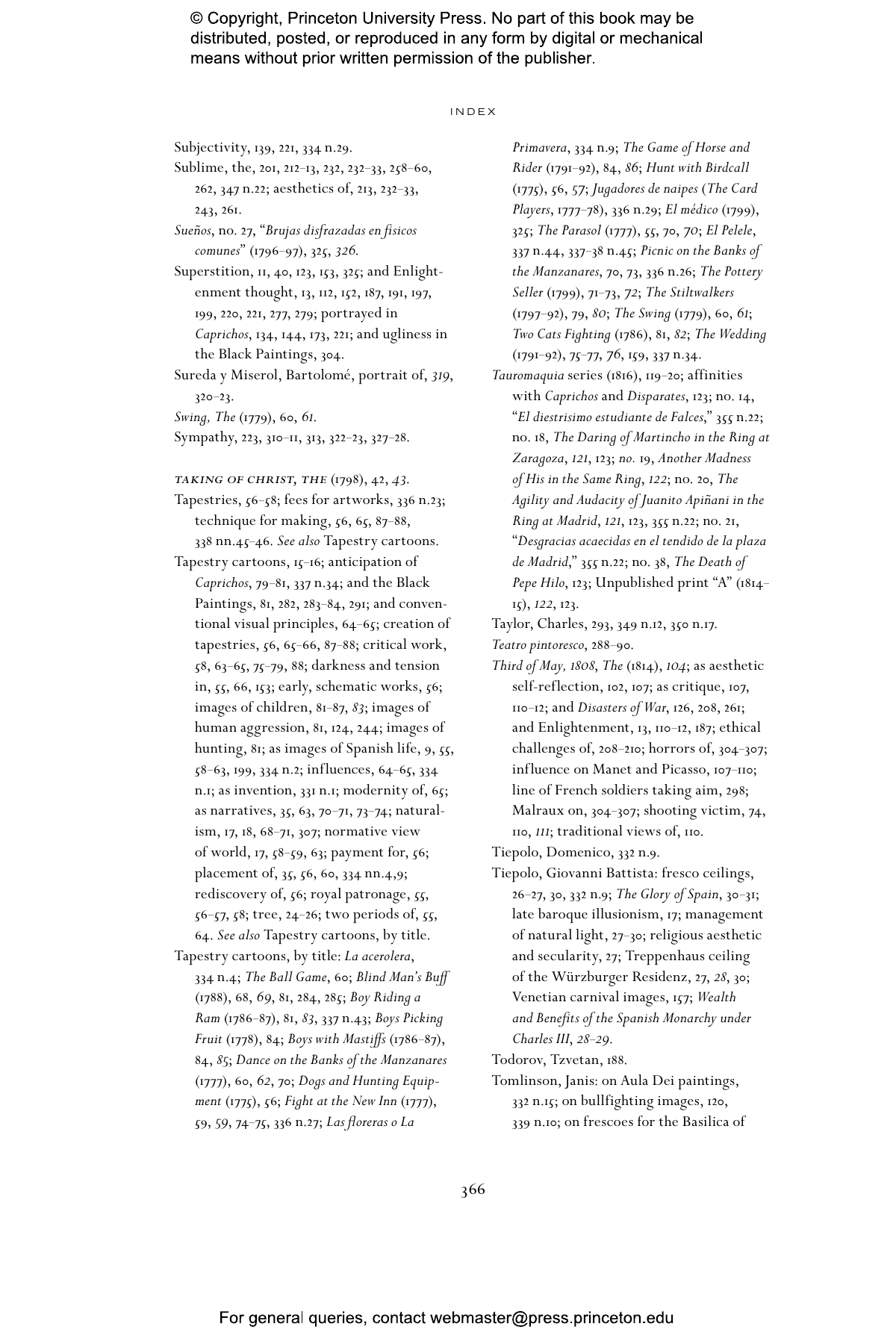 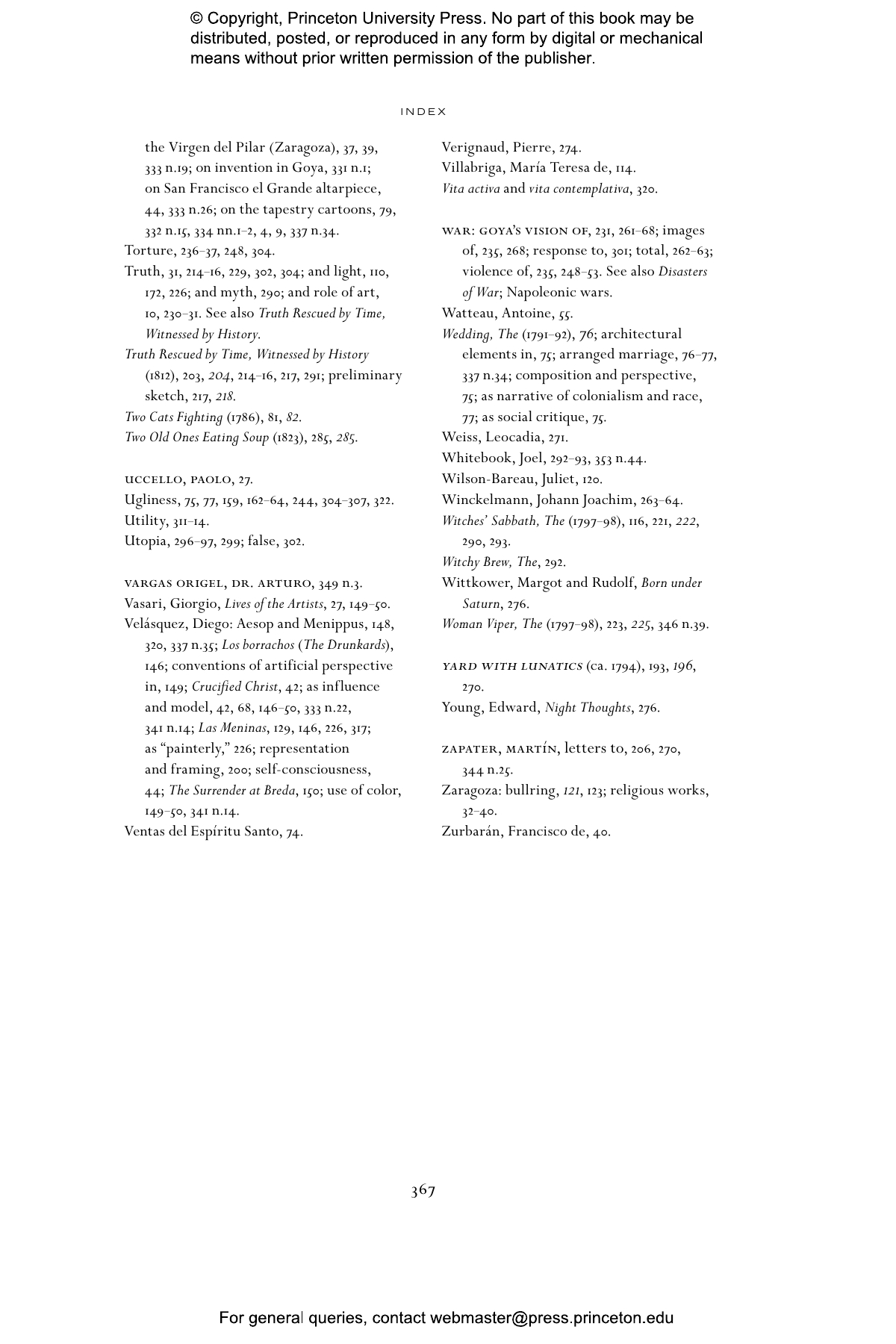 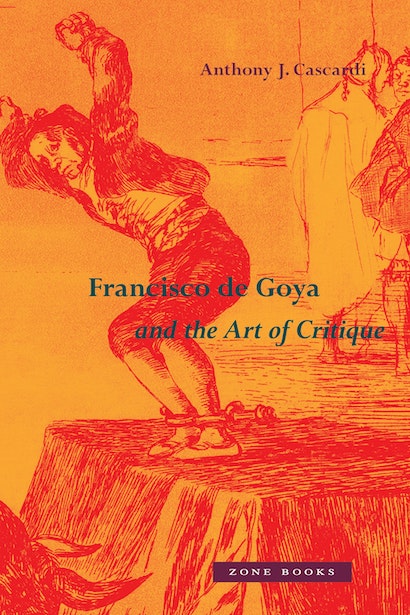 Francisco de Goya and the Art of Critique probes the relationship between the enormous, extraordinary, and sometimes baffling body of Goya’s work and the interconnected issues of modernity, Enlightenment, and critique. Taking exception to conventional views that rely mainly on Goya’s darkest images to establish his relevance for modernity, Cascardi argues that the entirety of Goya’s work is engaged in a thoroughgoing critique of the modern social and historical worlds, of which it nonetheless remains an integral part. The book reckons with the apparent gulf assumed to divide the Disasters of War and the so-called Black Paintings from Goya’s scenes of bourgeois life or from the well-mannered portraits of aristocrats, military men, and intellectuals. It shows how these apparent contradictions offer us a gateway into Goya’s critical practice vis-à-vis a European modernity typically associated with the Enlightenment values dominant in France, England, and Germany. In demonstrating Goya’s commitment to the project of critique, Cascardi provides an alternative to established readings of Goya’s work, which generally acknowledge the explicit social criticism evident in works such as the Caprichos but which have little to say about those works that do not openly take up social or political themes. In Francisco de Goya and the Art of Critique, Cascardi shows how Goya was consistently engaged in a critical response to—and not just a representation of—the many different factors that are often invoked to explain his work, including history, politics, popular culture, religion, and the history of art itself.

Anthony J. Cascardi is the Sidney and Margaret Ancker Distinguished Professor at the University of California, Berkeley. He is the author of numerous books, including The Consequences of Enlightenment; Cervantes, Literature, and the Discourse of Politics; The Subject of Modernity; and The Cambridge Introduction to Literature and Philosophy.

“In this deeply reflective and thorough study, Cascardi blows the lid off standard accounts of Goya’s extraordinary art, demonstrating that both the ‘painter of light’ and the ‘painter of darkness’ theses fall way short of the artist’s immersion in the culture of his time. In chapter after chapter, Cascardi argues that Goya was involved in a critique of the world he lived in—its politics, religious belief, ethics, history—and, at the same time, of the means of representation at his disposal. This is a landmark study that will change the terms in which Goya’s art will henceforth be understood.”—Peter de Bolla, Professor of Cultural History and Aesthetics, University of Cambridge

“One doesn’t need to be a Frankfurt School buff to acknowledge that Anthony Cascardi has written the most convincing account of Goya’s work—all of Goya, the religious frescoes, the court paintings, and the tapestry cartoons as well as the Caprichos, the Disasters of War, and the black paintings in the Quinta del Sordo—using the lens of Adorno and Horkheimer’s Dialectic of the Enlightenment. An enlightening study indeed, which stops short of wanting to illuminate what in Goya should remain steeped in darkness.”—Thierry de Duve, Evelyn Kranes Kossak Professor of Art History, Hunter College