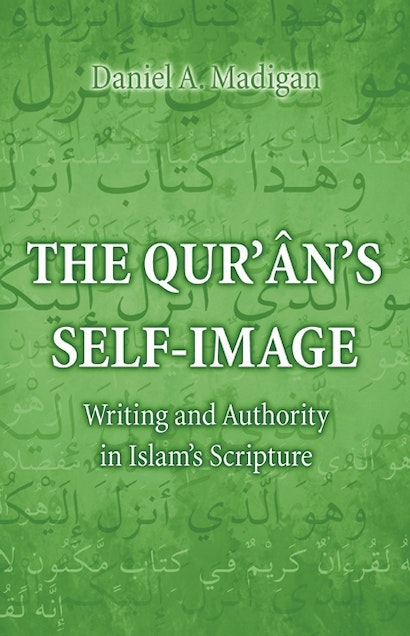 Islam is frequently characterized as a “religion of the book,” and yet Muslims take an almost entirely oral approach to their scripture. Qur’ân means “recitation” and refers to the actual words Muslims believe were revealed to Muhammad by God. Many recite the entire sacred text from memory, and it was some years after the Prophet’s death that it was first put in book form. Physical books play no part in Islamic ritual. What does the Qur’ân mean, then, when it so often calls itself kitâb, a term usually taken both by Muslims and by Western scholars to mean “book”? To answer this question, Daniel Madigan reevaluates this key term kitâb in close readings of the Qur’ân’s own declarations about itself.


More than any other canon of scripture the Qur’ân is self-aware. It observes and discusses the process of its own revelation and reception; it asserts its own authority and claims its place within the history of revelation. Here Madigan presents a compelling semantic analysis of its self-awareness, arguing that the Qur’ân understands itself not so much as a completed book, but as an ongoing process of divine “writing” and “re-writing,” as God’s authoritative response to actual people and circumstances.


Grasping this dynamic, responsive dimension of the Qur’ân is central to understanding Islamic religion and identity. Madigan’s book will be invaluable not only to Islamicists but also to scholars who study revelation across religious boundaries.

Daniel Madigan has taught Islamic studies in the United States and Australia. He is currently developing a center for the study of religions at the Jesuits' Gregorian University, Rome.

"This is a well-researched and carefully thought out book on the highly complex issue of the Qur'an's self-referential terms to its own status as Scripture. Particularly illuminating are Daniel Madigan's clear and profound engagements with the semantic content of key Qur'anic words. . . . [T]here is much food for thought here."—Ama Afsaruddin, American Journal of Islamic Social Sciences

"An impressive work. The question of the apparent 'self-referential' nature of the Qur'ân has been a focus of major concern for both Muslim scholars and contemporary academics. Daniel Madigan provides a corrective to a generally accepted supposition and an impetus for further thinking about the nature of 'scripture' in Islam."—Andrew Rippin, University of Victoria

"This book marks a major advance in studying the Qur'ân, early Islamic history, and Islam's self-understanding. It will be required reading not only for anyone wishing to work in the area of Qur'ânic studies but also for historians of the period of formative Islam. Daniel Madigan has grounded his conclusions in a cogent reading of the Qur'ân and other primary texts, and shows a sophisticated understanding of issues of revelation and prophecy."—Michael A. Sells, Haverford College