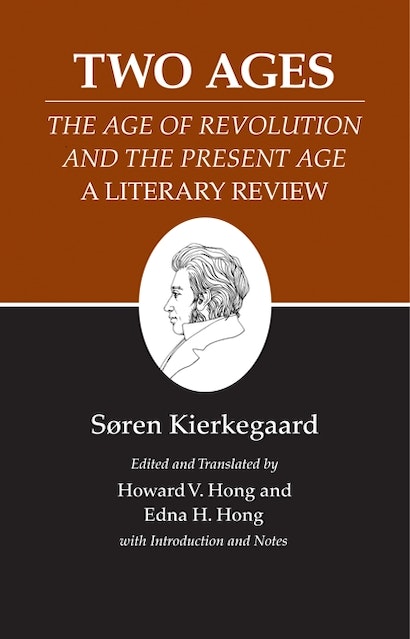 After deciding to terminate his authorship with the pseudonymous Concluding Unscientific Postscript, Kierkegaard composed reviews as a means of writing without being an author. Two Ages, here presented in a definitive English text, is simultaneously a review and a book in its own right. In it, Kierkegaard comments on the anonymously published Danish novel Two Ages, which contrasts the mentality of the age of the French Revolution with that of the subsequent epoch of rationalism.


Kierkegaard commends the author’s shrewdness, and his critique builds on the novel’s view of the two generations. With keen prophetic insight, Kierkegaard foresees the birth of an impersonal cultural wasteland, in which the individual will either be depersonalized or obliged to find an existence rooted in “equality before God and equality with all men.”


This edition, like all in the series, contains substantial supplementary material, including a historical introduction, entries from Kierkegaard’s journals and papers, and the preface and conclusion of the original novel.