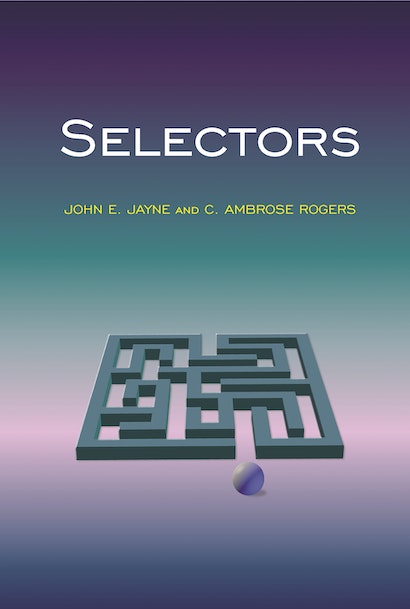 Though the search for good selectors dates back to the early twentieth century, selectors play an increasingly important role in current research. This book is the first to assemble the scattered literature into a coherent and elegant presentation of what is known and proven about selectors — and what remains to be found.

The authors focus on selection theorems that are related to the axiom of choice, particularly selectors of small Borel or Baire classes. After examining some of the relevant work of Michael and Kuratowski & Ryll-Nardzewski and presenting background material, the text constructs selectors obtained as limits of functions that are constant on the sets of certain partitions of metric spaces. These include selection theorems for maximal monotone maps, for the subdifferential of a continuous convex function, and for some geometrically defined maps, namely attainment and nearest-point maps.

Assuming only a basic background in analysis and topology, this book is ideal for graduate students and researchers who wish to expand their general knowledge of selectors, as well as for those who seek the latest results.

John E. Jayne, PhD, DSc, is Professor of Mathematics at University College London and has been President of the International Mathematics Competition for university students since its inception in 1994. C. Ambrose Rogers, DSc, FRS, is Professor Emeritus at University College London, where he was Astor Professor of Mathematics for almost thirty years. He is an Elected Fellow of the Royal Society and a former President of the London Mathematical Society. His many awards and honors include the Junior Berwick Prize and De Morgan Medal of the London Mathematical Society.