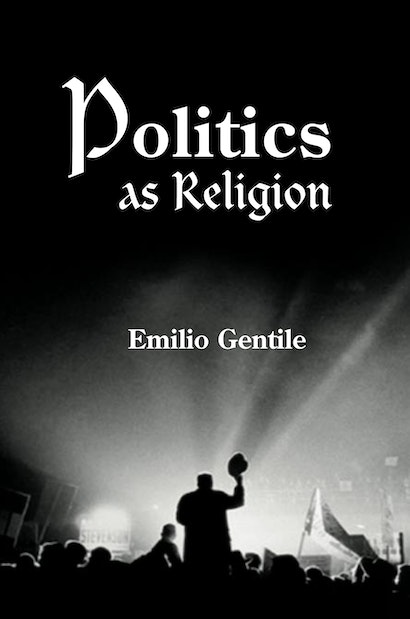 Emilio Gentile, an internationally renowned authority on fascism and totalitarianism, argues that politics over the past two centuries has often taken on the features of religion, claiming as its own the prerogative of defining the fundamental purpose and meaning of human life. Secular political entities such as the nation, the state, race, class, and the party became the focus of myths, rituals, and commandments and gradually became objects of faith, loyalty, and reverence.

Gentile examines this “sacralization of politics,” as he defines it, both historically and theoretically, seeking to identify the different ways in which political regimes as diverse as fascism, communism, and liberal democracy have ultimately depended, like religions, on faith, myths, rites, and symbols.

Gentile maintains that the sacralization of politics as a modern phenomenon is distinct from the politicization of religion that has arisen from militant religious fundamentalism. Sacralized politics may be democratic, in the form of a civil religion, or it may be totalitarian, in the form of a political religion. Using this conceptual distinction, and moving from America to Europe, and from Africa to Asia, Gentile presents a unique comparative history of civil and political religions from the American and French Revolutions, through nationalism and socialism, democracy and totalitarianism, fascism and communism, up to the present day. It is also a fascinating book for understanding the sacralization of politics after 9/11.

Emilio Gentile is Professor of Contemporary History at the University of Rome La Sapienza. His books include The Sacralization of Politics in Fascist Italy; The Struggle for Modernity: Nationalism, Futurism, and Fascism; The Origin of Fascist Ideology; and The Italian Road to Totalitarianism: The Party and the State in the Fascist Regime (forthcoming). In 2003 he was awarded the Hans Sigrist Prize by the University of Bern for his studies on political religions.

"The threat of new exclusive, intolerant and fundamentalist nationalism with powerful racist connotations is a danger. This book could make a contribution to analysing these phenomena."—Dr P. J. Dorey, Studia Historiae Ecclesiasticae

"This book offers readers a wide and accurate account of various experiences of religions of politics ranging from American democracy (which Emilio Gentile analyzes with remarkable finesse) to Communism. Because of its clarity and the wealth of historical references it provides, it will be particularly useful for courses on politics and religion."—Maurizio Viroli, Princeton University