A new intellectual history that looks at "Jewish self-hatred" 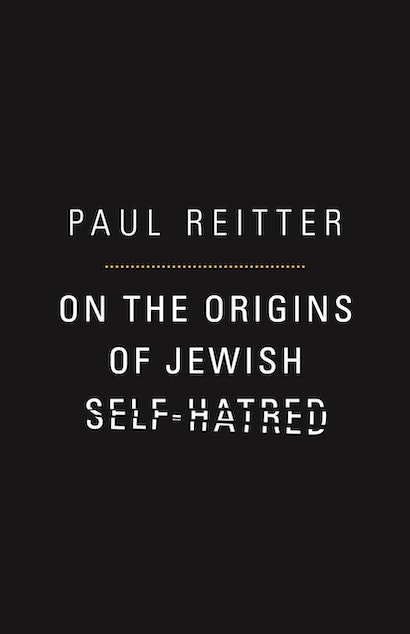 Provocative and elegantly argued, On the Origins of Jewish Self-Hatred challenges widely held notions about the history and meaning of this idea, and explains why its history is so badly misrepresented today.

Paul Reitter is associate professor of Germanic languages and literatures at Ohio State University. He is the author of The Anti-Journalist: Karl Kraus and Jewish Self-Fashioning in Fin-de-Siècle Europe. 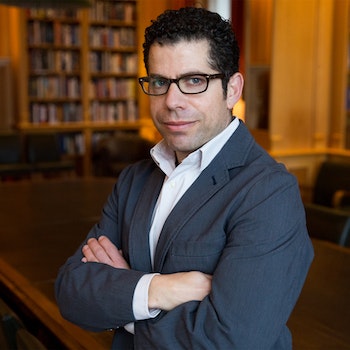 "[T]he author does a fine job of placing Kuh and Lessing in personal and historical contexts, and he clearly contrasts their ideological notions of Jewish self-hatred with the more psychological slant of such contemporary thinkers as Peter Gay, Sander Gilman, and Shulamit Volkov."—Publishers Weekly

"[S]hort and ambitious. . . . Of particular interest is Reitter's analysis of the impact of World War I: it gave renewed focus to the so-called Jewish question in Europe and spurred Koh's and Lessing's work. . . . [On the Origins of Jewish Self-Hatred] should be in every library with a serious Jewish studies collection."—Library Journal

"His arguments are convincing; however, while the book is short, readable, and enlightening, it is a work of scholarship—Reitter assumes the reader is familiar with the previous work on the topic. At times I felt like I was at a dinner party where everyone was gossiping about people I had never heard of. Reitter's excellent book is an inadvertent reminder of how the Germans pulverized their own intellectual life."—Gordon Haber, Religion Dispatches

"With this book . . . Reitter has established himself as a leading authority on German-Jewish relations between the wars. Valuable."—Choice

"On the Origins of Jewish Self-Hatred is a substantive and sophisticated work."—Glenn C. Altschuler, Jerusalem Post

"I highly recommend Reitter's essay both for the light it shines on interwar Jewish intellectual culture in Vienna and for its intervention in the study of Jewish self-hatred. From now on, any scholar interested in using or critiquing the term must reckon with Reitter's findings."—Amos Bitzan, H-Net Reviews

"Paul Reitter . . . has an acutely sharp axe in his intellectual probing of the syndrome that surfaces so often in the contemporary debate on Jewish self-hate. . . . The troika of Jewish thinkers who inhabit Reitter's formidable study, tried to navigate the dangerous shoals of modern German history and its impact of German Jews. In resuscitating the complex arguments they offered in their explanation of Jewish self-hate, Reitter has performed a valuable exercise—for which we are in his debt."—Arnold Ages, Jewish Tribune

"Paul Reitter's excavation of the phrase 'Jewish self-hatred' provides a fascinating lens through which to view the challenges faced by German Jews, whose integration had stalled by the early twentieth century. Since the phrase has become a casually used pejorative in today's debates over Zionism and the State of Israel, Reitter's genealogy of its origins has real contemporary relevance."—David Biale, University of California, Davis

"On the Origins of Jewish Self-Hatred is an impressively fluent, deeply learned, and morally responsible treatment of what can be an incendiary label. Reitter's major revelation is that the concept of Jewish self-hatred emerged as part of an affirmative discourse rather than as a label of denunciation. This stylish essay should have a wide impact."—Samuel Moyn, Columbia University

"This book is a short but intense piece of scholarship with an engaging polemical edge. Reitter makes a counterintuitive and somewhat jarring claim: that the term 'Jewish self-hatred' was originally understood as salvific and cleansing, more an antidote to a malady than the malady. On the Origins of Jewish Self-Hatred will stimulate impassioned debate."—David N. Myers, University of California, Los Angeles