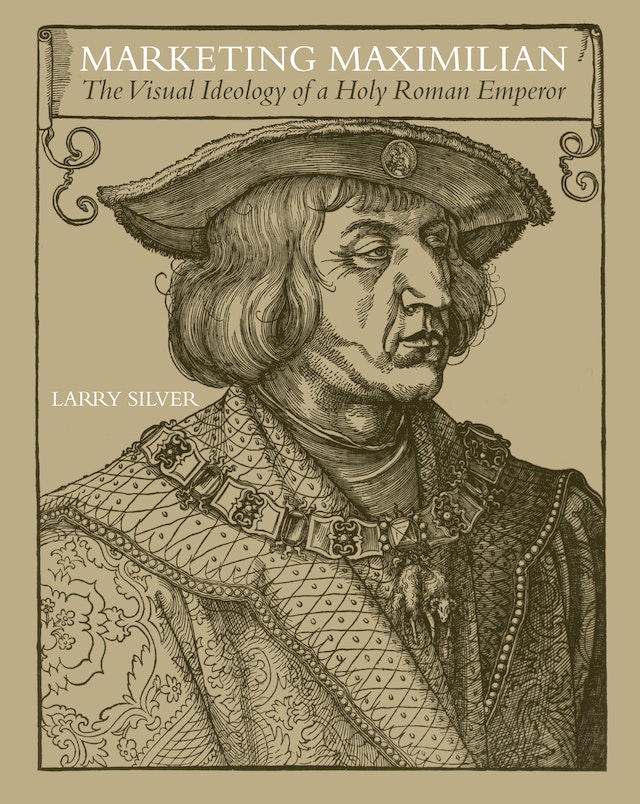 Long before the photo op, political rulers were manipulating visual imagery to cultivate their authority and spread their ideology. Born just decades after Gutenberg, the Holy Roman Emperor Maximilian I (1459-1519) was, Larry Silver argues, the first ruler to exploit the propaganda power of printed images and text. Marketing Maximilian explores how Maximilian used illustrations and other visual arts to shape his image, achieve what Max Weber calls “the routinization of charisma,” strengthen the power of the Hapsburg dynasty, and help establish the Austro-Hungarian Empire. A fascinating study of the self-fashioning of an early modern ruler who was as much image-maker as emperor, Marketing Maximilian shows why Maximilian remains one of the most remarkable, innovative, and self-aggrandizing royal art patrons in European history.


Silver describes how Maximilian — lacking a real capital or court center, the ability to tax, and an easily manageable territory — undertook a vast and expensive visual-media campaign to forward his extravagant claims to imperial rank, noble blood, perfect virtues, and military success. To press these claims, Maximilian patronized and often personally supervised and collaborated with the best printers, craftsmen, and artists of his time (among them no less than Albrecht Dürer) to plan and produce illustrated books, medals, heralds, armor, and an ambitious tomb monument.

Larry Silver is the James and Nan Farquhar Professor of Art History at the University of Pennsylvania. His books include Peasant Scenes and Landscapes, Hieronymus Bosch, Graven Images, Art in History, and The Paintings of Quinten Massys.

"Marketing Maximilian is an excellent study of the first ruler to exploit print for verbal and visual propaganda and an appropriately triumphant example of what can be achieved when, allowing the risk of anachronism, modern perspectives are applied to past problems."—Kevin Sharpe, Times Literary Supplement

"Silver's book will be essential reading for anyone interested in the political culture of late medieval and early modern Europe."—Joachim Whaley, H-Net Reviews

"[I]n its attention to detail and its interpretation of complex iconography, Silver's study of Maximilian and his artistic entourage makes a valuable contribution to our understanding of the early stages of the Habsburg imperium."—Lindsay Diggelmann, Parergon

"One of the particular virtues of this intellectual biography is the way in which Silver illuminates connections between the intellectual and the spiritual, the visual and the physical worlds. . . . He also makes accessible to English readers much previous research available only in German."—Susan Foister, Print Quarterly

"Larry Silver's Marketing Maximilian is an invigorating contribution to the literature on Maximilian I from one of the foremost scholars on this topic. Silver's numerous articles on Maximilian's artistic patronage have formed a foundation for study of this major, yet idiosyncratic figure, and this book provides a comprehensive summation of Silver's decades of study. Yet the book reaches beyond his previous work as well, providing a larger, synthetic framework for understanding Maximilian's ideology and its visual representations as well as offering new information and insights into his various commissions."—Heather Madar, Sixteenth Century Journal

"Larry Silver, one of the foremost scholars of our generation, offers fascinating insights into Holy Roman Emperor Maximilian I, one of early modern Europe's most complex and intriguing individuals. Almost all rulers dream of glory, yet few have matched either Maximilian's delusions of greatness or, as Silver shows, his successful manipulation of media. This brilliantly researched book is much needed. There is no comparable text in any language."—Jeffrey Chipps Smith, University of Texas, Austin