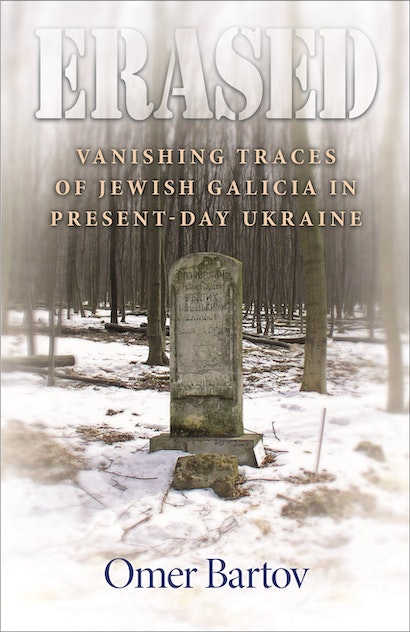 In Erased, Omer Bartov uncovers the rapidly disappearing vestiges of the Jews of western Ukraine, who were rounded up and murdered by the Nazis during World War II with help from the local populace. What begins as a deeply personal chronicle of the Holocaust in his mother’s hometown of Buchach — in former Eastern Galicia — carries him on a journey across the region and back through history. This poignant travelogue reveals the complete erasure of the Jews and their removal from public memory, a blatant act of forgetting done in the service of a fiercely aggressive Ukrainian nationalism.


Bartov, a leading Holocaust scholar, discovers that to make sense of the heartbreaking events of the war, he must first grapple with the complex interethnic relationships and conflicts that have existed there for centuries. Visiting twenty Ukrainian towns, he recreates the histories of the vibrant Jewish and Polish communities who once lived there-and describes what is left today following their brutal and complete destruction. Bartov encounters Jewish cemeteries turned into marketplaces, synagogues made into garbage dumps, and unmarked burial pits from the mass killings. He bears witness to the hastily erected monuments following Ukraine’s independence in 1991, memorials that glorify leaders who collaborated with the Nazis in the murder of Jews. He finds that the newly independent Ukraine-with its ethnically cleansed and deeply anti-Semitic population — has recreated its past by suppressing all memory of its victims.


Illustrated with dozens of hauntingly beautiful photographs from Bartov’s travels, Erased forces us to recognize the shocking intimacy of genocide.

Omer Bartov is the John P. Birkelund Distinguished Professor of European History at Brown University. His books include Murder in Our Midst: The Holocaust, Industrial Killing, and Representation and Hitler's Army: Soldiers, Nazis, and War in the Third Reich. 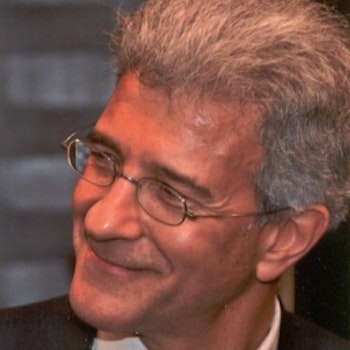 "Bartov tells us in Erased...that his tour was prompted by a wish to rediscover the Jewish world his mother had known as a child and to establish how the region's Jews had died. But as his inquiry proceeds, its focus changed. Instead of adding to the vast corpus of Holocaust literature or celebrating the hayday of Galician Jewry, he has produced a study of collective denial and the means by which embarrassing facts about the past can be expunged from local memory. Bartov's account of his experiences in the field makes a disturbing story"—Philip Longworth, Times Literary Supplement

"This small volume is an important addition to contemporary Jewish travel literature. Bartov writes with clarity and palpable outrage, as he describes the pattern he found repeated almost everywhere: Virtually all traces of the Jews and their history have been erased. This book is an often brilliant and impassioned response to the annihilation from memory of the last traces of the Jews who lived for generations in the Ukraine. It is a valuable book both about the destruction of the past and an attempt to preserve memory into the future."—Jewish Book World

"A book that in its mixture of description and emotional commentary seeks to bring to light the shear success of efforts to expunge the Jewish past from eastern Galicia."—Simon J. Rabinovitch, Haaretz

"An unsettling and highly revealing book. . . . The local people [of Buchach, Ukraine], while devoted to their nation's history, have developed an amnesia about their one-time Jewish neighbours. Bartov writes about this phenomenon with an understated emotion, fact piled upon fact, until his evidence becomes overwhelming. . . . There are Ukrainians today who refuse to take part in consigning the local Jews to oblivion, just as (Bartov notes) there were Ukrainians who risked everything to save Jews during the Holocaust. . . . But, in Bartov's account, the silence is close to deafening and the reasons for it are painfully obvious."—Robert Fulford, The National Post

"Because so many of us have roots in Galicia, and because it is a very readable and yet a scholarly, well researched work, the book is recommended for every Jewish library—in synagogues, schools or centers—and certainly for large Judaica collections."—Michlean L. Amir, AJL Newsletter

"[T]his is an excellent study of interest not only to former Pinskers and professional consumers of historical literature, but to virtually everybody interested in the Jewish past, Eastern Europe (Jewish and non-Jewish alike), urban history and many cognate fields. It is also an extremely powerful commemoration of the once vibrant Jewish community of Pinsk, offering a detailed yet comprehensive picture of its life and showing the world that once existed without resorting to sentimental clichés of shtetl life."—Marcin Wodzinski, East European Jewish Affairs

"This is an unusual work, one that resonates in more than one direction. It is also a study that Bartov is extremely well qualified to write, based on his credentials as historian, his family background (an important leitmotif in the book), and his engagement in questions of collective memory and narrative."—T. Hunt Tooley, Central European History

"[W]hatever one thinks of referring to nations as such in historiography, Omer Bartov's new book is a worthy, very personal sequel to his earlier work as a prominent historian of the Holocaust."—Kristian Gerner, European Legacy

"The many photographs in the book attest clearly—sometimes shockingly—to the validity of Bartov's observations."—Zvi Y. Gitelman, Journal of Modern History

"The Jews of East Galicia were obliterated twice: physically by the Nazis, and in memory by the Soviets and in independent Ukraine. Omer Bartov's tour of what remains of a once-vital civilization shows how unwelcome Jews still are in the region, even if only as an artifact of a distant past."—David Engel, New York University

"This will be of interest to a great many Europeans and probably Israelis, as well as American readers of travel literature and students of the region."—Timothy Snyder, author of Sketches from a Secret War

"Bartov's is a unique type of travelogue, one that records the sites of horrible massacres and extreme brutality. As he goes from town to town in Ukraine, Bartov describes the landscapes of Jewish life and death: cemeteries, synagogues, schools, killing fields, and neighborhoods. The book is also personal-about his search for his family's past. There is nothing quite like it."—Norman M. Naimark, Stanford University