How the Jewish people went from farmers to merchants 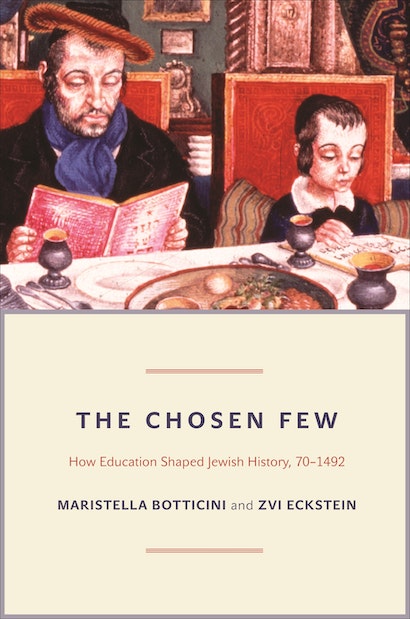 In 70 CE, the Jews were an agrarian and illiterate people living mostly in the Land of Israel and Mesopotamia. By 1492 the Jewish people had become a small group of literate urbanites specializing in crafts, trade, moneylending, and medicine in hundreds of places across the Old World, from Seville to Mangalore. What caused this radical change? The Chosen Few presents a new answer to this question by applying the lens of economic analysis to the key facts of fifteen formative centuries of Jewish history. Maristella Botticini and Zvi Eckstein offer a powerful new explanation of one of the most significant transformations in Jewish history while also providing fresh insights into the growing debate about the social and economic impact of religion.

Maristella Botticini is professor of economics, as well as director and fellow of the Innocenzo Gasparini Institute for Economic Research (IGIER), at Bocconi University in Milan. Zvi Eckstein is dean of the Arison School of Business and of the School of Economics at IDC Herzliya in Herzliya, Israel; Judith C. and William G. Bollinger visiting professor in the Finance Department at the Wharton School of the University of Pennsylvania; and emeritus professor in the Eitan Berglas School of Economics at Tel Aviv University. 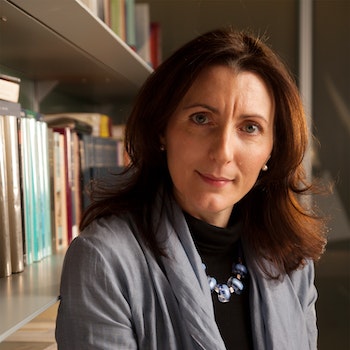 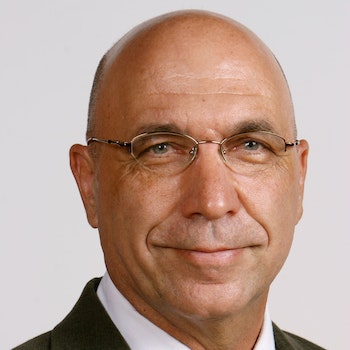 "[A]mbitious . . . systematically dismantle much of the conventional wisdom about medieval Jewish history."—Jonathan B. Krasner, Forward

"[W]here so many have simply taken as a given universal literacy among Jews, [Botticini and Eckstein] find that a majority of Jews actually weren't willing to invest in Jewish education, with the shocking result that more than two-thirds of the Jewish community disappeared toward the end of the first millennium. . . . The astonishing theory presented here has great implications for both the Jewish community and the broader world today."—Steven Weiss, Slate

"[E]ventually, The Chosen Few will have changed the course of history in the Middle East . . . as part of a broad reinterpretation of the history of the peopling of the world, underway for a century and a half, that has begun gathering force since the 1990s. . . . This may be the first you have heard about The Chosen Few, but I pretty much guarantee you that it will not be the last."—David Warsh, Economic Principals

"Botticini and Eckstein's simple yet sophisticated human capital analysis provides new insights into Jewish history for the fourteen centuries covered in this book. . . . [Their] methodology yields a very convincing Cliometric analysis that we can expect to inform all future economic histories of the Jews between 70 and 1492."—Carmel U. Chiswick, EH.net

"I found The Chosen Few, a book on Jewish economic history by Maristella Botticini and Zvi Eckstein, enormously enlightening and relevant to the draft-the-Haredim debate."—Shlomo Maital, Jerusalem Report

"If you've ever wondered how the Chosen People survived the vagaries of history, reading The Chosen Few will give you answers you cannot find anywhere else."—Huffington Post

"This is a trailblazing, original, illuminating and horizon-broadening book."—Manuel Trajtenberg, Haaretz

"Maristella Botticini and Zvi Eckstein have written a remarkably interesting book with a new hypothesis about the occupational structure of the Jews. The authors adduce serious evidence for their hypothesis, which lays stress on the requirement introduced nearly 2,000 years ago for universal male literacy among the Jews. This is a fascinating and persuasive combination of history and economics, worth reading by all, even the unhappy few who like neither history nor economics."—Stanley Fischer, governor of the Bank of Israel

"The Chosen Few is a masterpiece: an ambitious, informed, and inspirational reinterpretation of Jewish social and economic history."—Avner Greif, Stanford University

"In this bracing work of economic history, Maristella Botticini and Zvi Eckstein demonstrate how literacy and contract law combined to give Jews a competitive advantage in urbanizing societies. Sure to generate controversy, The Chosen Few takes on one of the truly big questions in Jewish history and sheds intriguing new light on it."—David Biale, University of California, Davis

"Botticini and Eckstein are changing the way economic historians think about Jewish history, and this seminal book will also change the way historians, Jewish studies scholars, and general readers think about the subject. Indeed, the importance of this book can scarcely be exaggerated. An excellent example of economic history that is accessible to general readers, The Chosen Few makes a compelling case for an exciting new perspective that will inspire much further research and be the focus of attention for years to come."—Carmel Chiswick, George Washington University