How the Jewish culture war over Kabbalah began 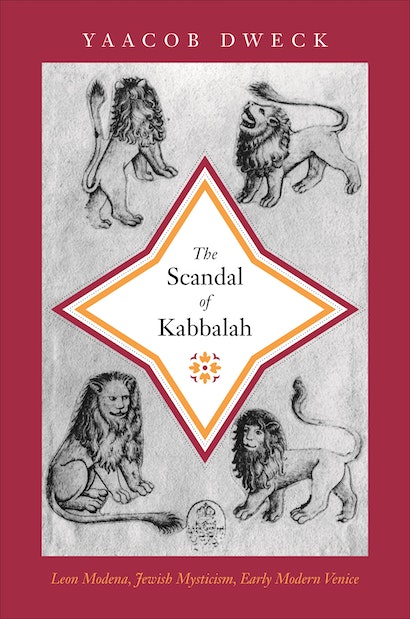 The Scandal of Kabbalah is the first book about the origins of a culture war that began in early modern Europe and continues to this day: the debate between kabbalists and their critics on the nature of Judaism and the meaning of religious tradition. From its medieval beginnings as an esoteric form of Jewish mysticism, Kabbalah spread throughout the early modern world and became a central feature of Jewish life. Scholars have long studied the revolutionary impact of Kabbalah, but, as Yaacob Dweck argues, they have misunderstood the character and timing of opposition to it.

Drawing on a range of previously unexamined sources, this book tells the story of the first criticism of Kabbalah, Ari Nohem, written by Leon Modena in Venice in 1639. In this scathing indictment of Venetian Jews who had embraced Kabbalah as an authentic form of ancient esotericism, Modena proved the recent origins of Kabbalah and sought to convince his readers to return to the spiritualized rationalism of Maimonides.

The Scandal of Kabbalah examines the hallmarks of Jewish modernity displayed by Modena’s attack—a critical analysis of sacred texts, skepticism about religious truths, and self-consciousness about the past—and shows how these qualities and the later history of his polemic challenge conventional understandings of the relationship between Kabbalah and modernity. Dweck argues that Kabbalah was the subject of critical inquiry in the very period it came to dominate Jewish life rather than centuries later as most scholars have thought.

Yaacob Dweck is assistant professor of history and Judaic studies at Princeton University.

"In this excellent monograph, Dweck situates Modena's literary activity in the polarity between print and manuscript, paying critical attention to the reading and writing practices informing these polemics. . . . This is a meticulous work of scholarship, from its careful examination of ligatures in handwritten manuscripts to the nuanced ways in which Dweck outlines broader intellectual currents, such as early modern skepticism and the emergence of historical criticism."—Choice

"Dweck's meticulous and illuminating study has itself breathed new life into the Ari Nohem. It gives one reason to hope that it will finally become available in an English translation and that Yaacob Dweck will make the publication of such a volume one of his future projects."—Howard Tzvi Adelman, Jewish Review of Books

"Dweck is to be commended for a sophisticated and readable study that greatly enhances our knowledge of the relationship between mysticism and philosophy, and print and manuscript, in early modern Jewish culture."—Daniel Stein Kokin, Renaissance Quarterly

"The Scandal of Kabbalah is a valuable study. It situates Modena's work in a wide variety of contexts, each of which enriches and challenges our understanding of Ari Nohem. Clearly written and highly readable."—Michela Andreatta, AJS Review