The clash of faith and science in Napoleonic France 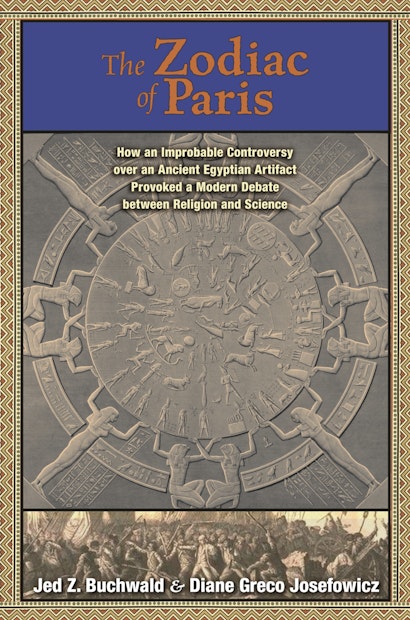 The Dendera zodiac—an ancient bas-relief temple ceiling adorned with mysterious symbols of the stars and planets—was first discovered by the French during Napoleon’s campaign in Egypt, and quickly provoked a controversy between scientists and theologians. Brought to Paris in 1821 and ultimately installed in the Louvre, where it can still be seen today, the zodiac appeared to depict the nighttime sky from a time predating the Biblical creation, and therefore cast doubt on religious truth. The Zodiac of Paris tells the story of this incredible archeological find and its unlikely role in the fierce disputes over science and faith in Napoleonic and Restoration France.

The book unfolds against the turbulence of the French Revolution, Napoleon’s breathtaking rise and fall, and the restoration of the Bourbons to the throne. Drawing on newspapers, journals, diaries, pamphlets, and other documentary evidence, Jed Buchwald and Diane Greco Josefowicz show how scientists and intellectuals seized upon the zodiac to discredit Christianity, and how this drew furious responses from conservatives and sparked debates about the merits of scientific calculation as a source of knowledge about the past. The ideological battles would rage until the thoroughly antireligious Jean-François Champollion unlocked the secrets of Egyptian hieroglyphs—and of the zodiac itself. Champollion would prove the religious reactionaries right, but for all the wrong reasons.

The Zodiac of Paris brings Napoleonic and Restoration France vividly to life, revealing the lengths to which scientists, intellectuals, theologians, and conservatives went to use the ancient past for modern purposes.

Jed Z. Buchwald is the Doris and Henry Dreyfuss Professor of History at the California Institute of Technology. His books include The Creation of Scientific Effects: Heinrich Hertz and Electric Waves. Diane Greco Josefowicz teaches in the writing program at Boston University. 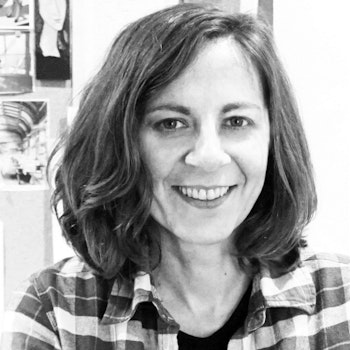 "[T]his book [is] one of the best that I have read in the history of science in the last ten years."—William R. Shea, Journal of the History of Science

"This book is a model of how to enliven the activities of scientists, theologians, and publicists by exposing the cultural parameters of their times."—Donald J. Dietrich, European Legacy

"Through the circulation of visual representations and overlapping and conflicting interpretations of ancient Egyptian zodiacs, Buchwald and Josefowicz reanimate the tumultuous politics and ever-shifting landscape of late eighteenth-century and early nineteenth-century France and give us a rich view of this period's ongoing grapplings with the proper roles and limits of historical, scientific and religious evidence and argumentation."—Jane Murphy, Journal of BJHS

"The story of the Frenchmen Fourier, Biot, and Arago in this saga makes for some interesting reading, as does the supporting roles played by such mathematical luminaries as Laplace, Poisson, and Lagrange."—Michele Intermont, MAA Reviews

"While The Zodiac of Paris can be read as a tale of intriguing complexity and many surprises, it is also rich in perspectives that might potentially illuminate the broader intellectual and political alignments in Restoration society. . . . [C]ultural historians of nineteenth-century France should read and digest [this] book that offers not just a meticulously researched and finely written account of a fascinating episode but also a probe into the passage of a certain strand of Enlightenment values into the new, burgeoning world of nineteenth-century professional society."—Robert Fox, Metascience

"The authors have uncovered one of those moments in the past that could never be guessed at given our current knowledge alone. The detail, care, and thoroughness with which they have resurrected these strange, contentious times can only be commended."—Theresa Levitt, Metascience

"This is one of the first profound studies of a momentous shift in the history of Western civilization, the emergence of a new godless cosmic and social order."—David Aubin, Metascience

"This is a fascinating study of how politics, science, and religion intersected in the heated debates over the meanings of the hieroglyphics on a pair of stones brought from Egypt to Paris in 1821. At the heart of the tale is the question of how we know the past. It has the excitement of a real-life archeology mystery combined with a clash between science and theology that has great resonance for today."—Walter Isaacson, author of Einstein: His Life and Universe

"This book presents important and fascinating themes, and skillfully combines them. The birth of Egyptology, the French Revolution, the rule of Napoleon, the age of the Earth, and our knowledge of the stars all feature in its chapters. Above all there is the ever-shifting relationship between science, religion, and atheism. I discovered something new on every page."—John Ray, University of Cambridge

"Buchwald and Josefowicz give an account of the controversy surrounding the discovery of the spectacular circular zodiac of the temple of Dendera, currently installed in the ceiling of a room in the Louvre, discovered in the course of the Napoleonic expedition to Egypt. The authors skillfully weave the phases of that discourse, and its attendant scientific, personal, and theological controversies, into a brisk overview of the religious and political history of France from the late Enlightenment until the July Monarchy. At issue was the age of the temple, and hence of Egyptian civilization, as indexed by the zodiac, assumed to represent the contemporary state of the sky."—Charles C. Gillispie, professor emeritus, Princeton University

"This book makes a major contribution to European scientific, intellectual, and cultural history. Buchwald and Josefowicz have wrested from oblivion a subject that no previous author, French or English, has analyzed in this form or breadth. The Zodiac of Paris not only embodies interdisciplinarity at its very best, but also exposes the nineteenth-century roots of many concerns of the twenty-first century."—Darius A. Spieth, author of Napoleon's Sorcerers: The Sophisians

"This is an important book about an exciting topic. By tackling a subject that has largely been forgotten—the role technical science could play in religious debates—Buchwald and Josefowicz open up new avenues for understanding eighteenth- and nineteenth-century science. The Zodiac of Paris provides fascinating insights into the wide-ranging debates in Napoleonic and Restoration France."—John Steele, Brown University