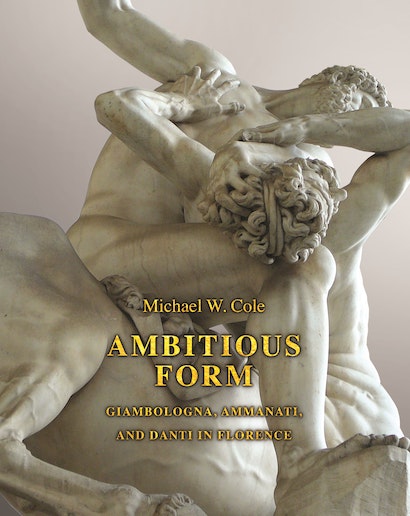 Ambitious Form describes the transformation of Italian sculpture during the neglected half century between the death of Michelangelo and the rise of Bernini. The book follows the Florentine careers of three major sculptors — Giambologna, Bartolomeo Ammanati, and Vincenzo Danti — as they negotiated the politics of the Medici court and eyed one another’s work, setting new aims for their art in the process. Only through a comparative look at Giambologna and his contemporaries, it argues, can we understand them individually — or understand the period in which they worked.

Michael Cole shows how the concerns of central Italian artists changed during the last decades of the Cinquecento. Whereas their predecessors had focused on specific objects and on the particularities of materials, late sixteenth-century sculptors turned their attention to models and design. The iconic figure gave way to the pose, individualized characters to abstractions. Above all, the multiplicity of master crafts that had once divided sculptors into those who fashioned gold or bronze or stone yielded to a more unifying aspiration, as nearly every ambitious sculptor, whatever his training, strove to become an architect.

Michael W. Cole is professor of art history at Columbia University. He is the author of Cellini and the Principles of Sculpture and the coeditor of The Idol in the Age of Art, among other books. 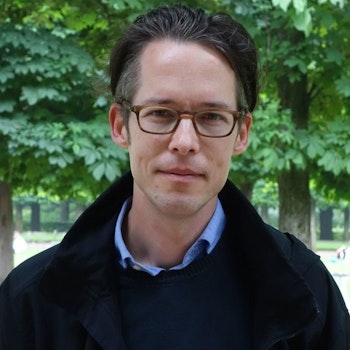 "In this stimulating offering, Cole investigates sculptural enterprise in Florence during the second half of the 16th century. Focusing on Giambologna, Bartolomeo Ammanati, and Vincenzo Danti, this book is no mere survey of trends or compilation of biographies. It concerns what being a sculptor meant in this dynamic time and place and the nature of the plastic arts themselves. The study, which is as ambitious as its subjects were, succeeds brilliantly. . . . [P]rofoundly original."—Choice

"The book is beautifully illustrated and structured around clearly defined thematic chapters, and Cole weaves, or perhaps it would be better to say, builds an art historical text that is just as monumental as the sculptural works he discusses."—Jennifer D. Webb, Sixteenth Century Journal

"Cole is persuasive and unsettling enough to ensure that no reader will be able to look at a sixteenth-century sculpture the same way again."—Cammy Brothers, Oxford Art Journal

"Ambitious Form has much to recommend it as essential reading for anyone interested in the history of art. Cole's ability to make the reader/viewer take a second and more studied look at an object is repeatedly evinced."—Fredrika Jacobs, European Legacy

"Ambitious Form is an authoritative, innovative, and important study—like no other book on early modern Italian sculpture, in any language, with which I am familiar. Original in its scope, methodology, and conclusions, it will, I am confident, be praised by specialists and students alike."—Steven F. Ostrow, University of Minnesota

"Beautifully written and extraordinarily well-researched, this book makes a groundbreaking contribution to the study of Florentine art of the late Cinquecento, a period that remains a kind of black hole in the scholarship. The chapters build in strength as the book unfolds and the last two are tours de force that inspire admiration and awe."—Claire Farago, University of Colorado