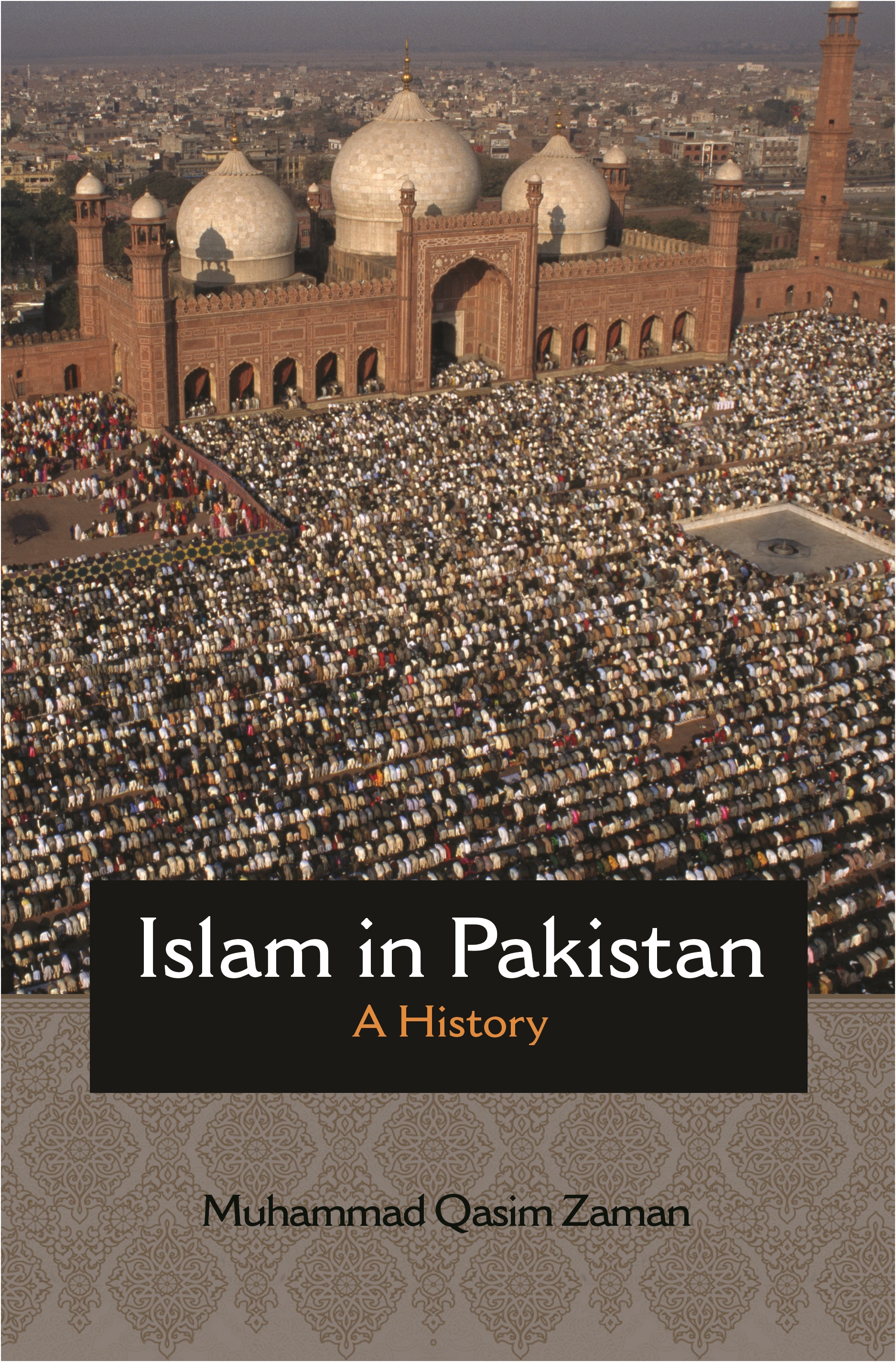 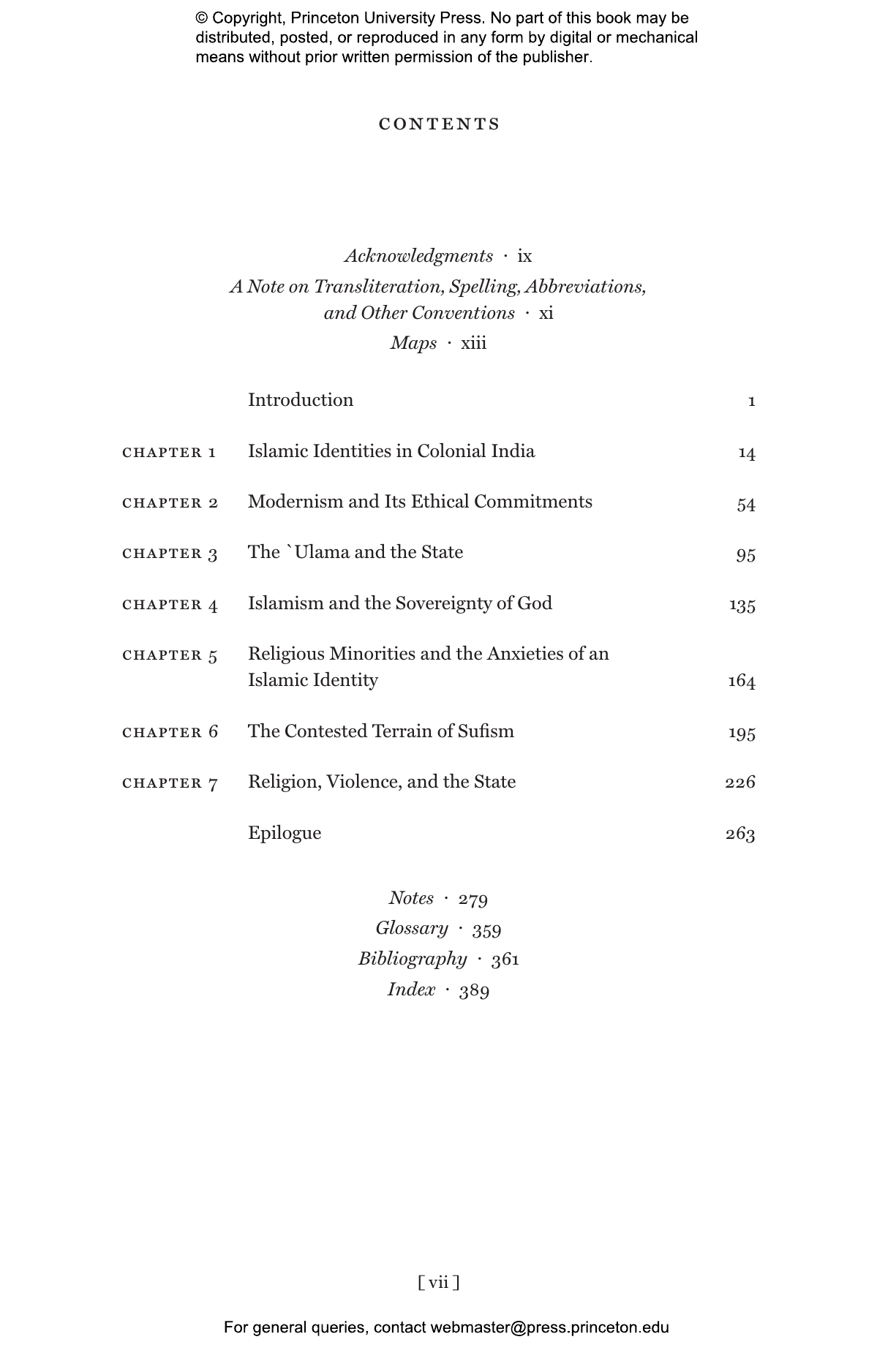 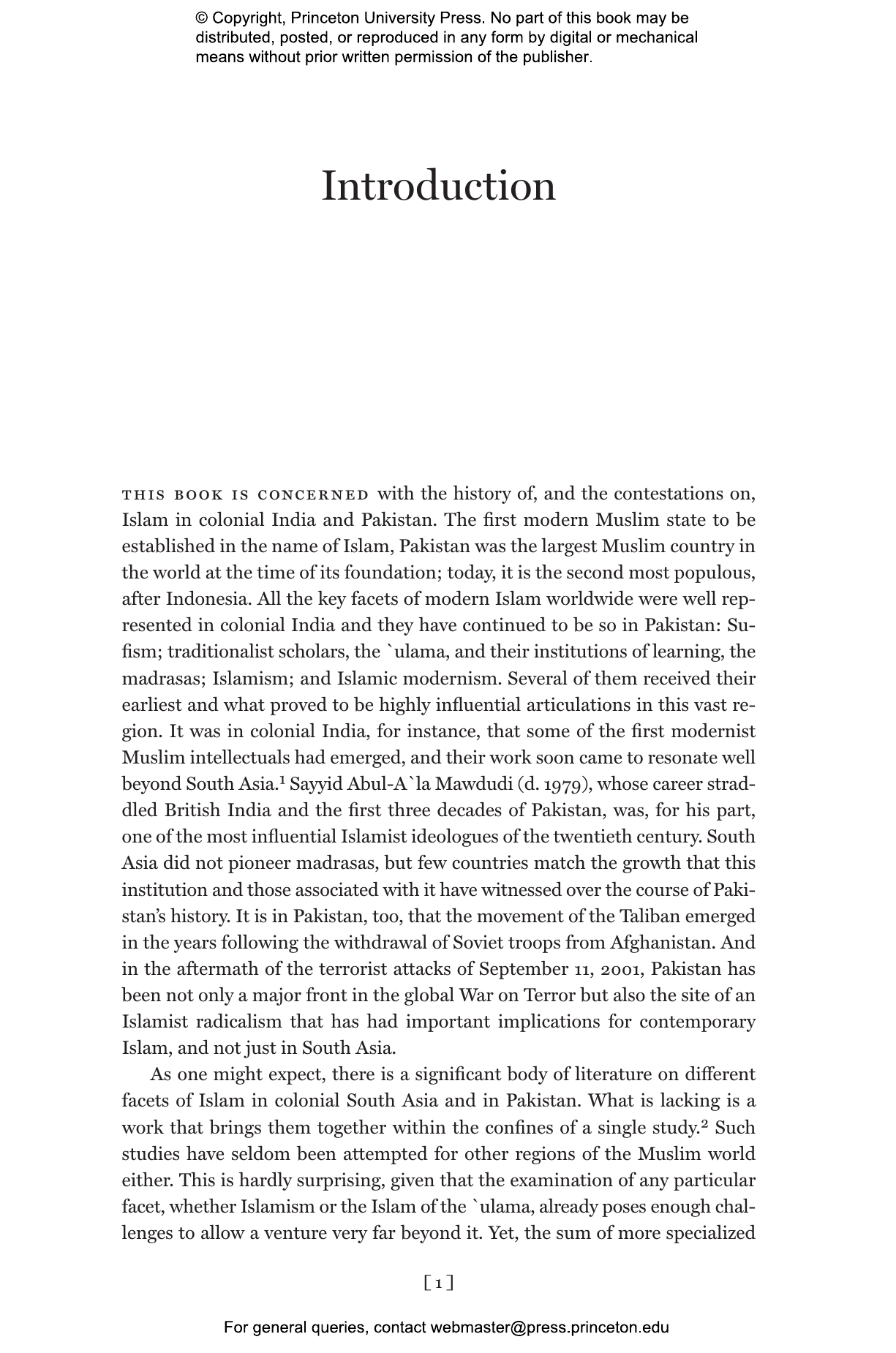 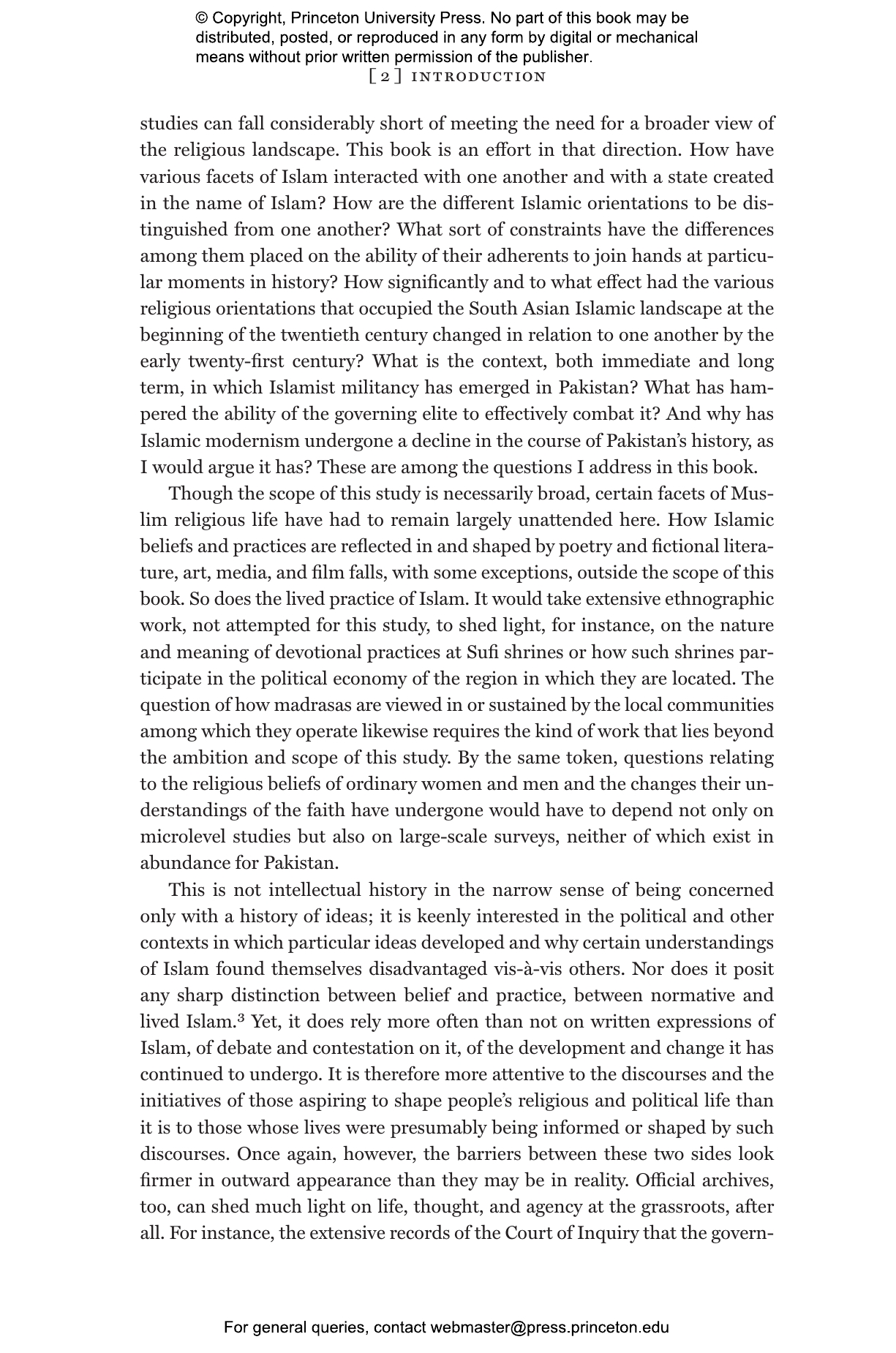 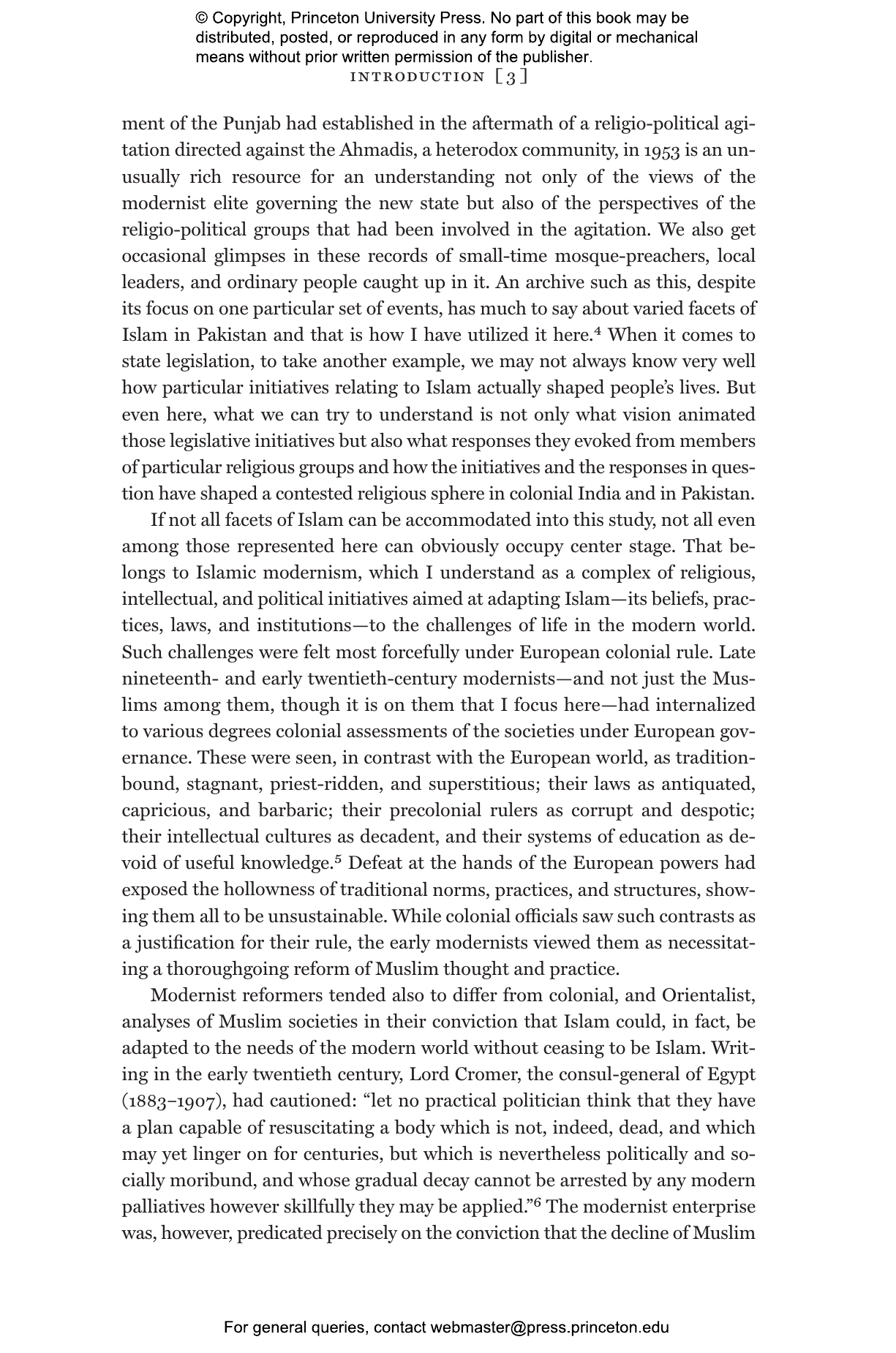 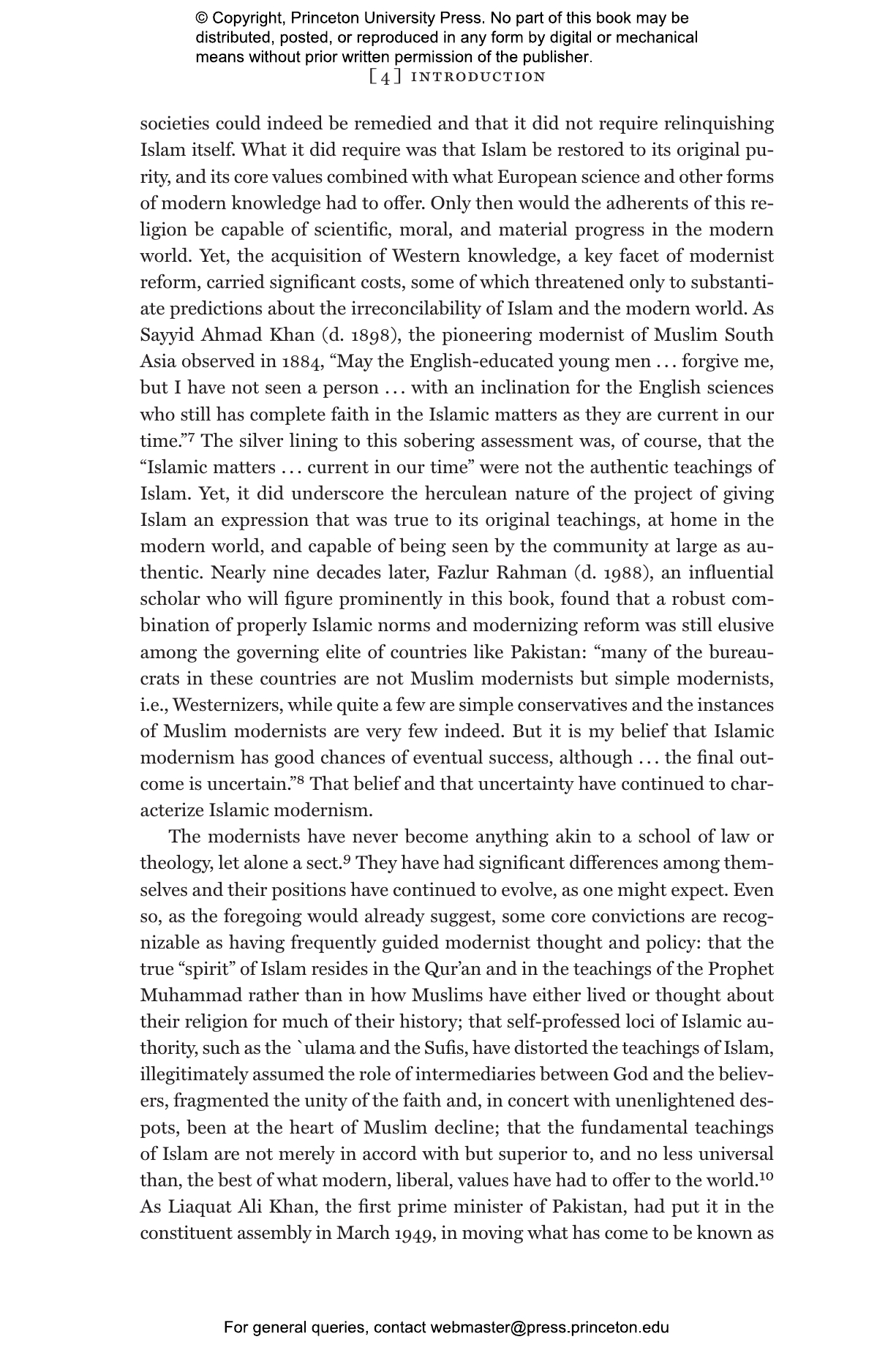 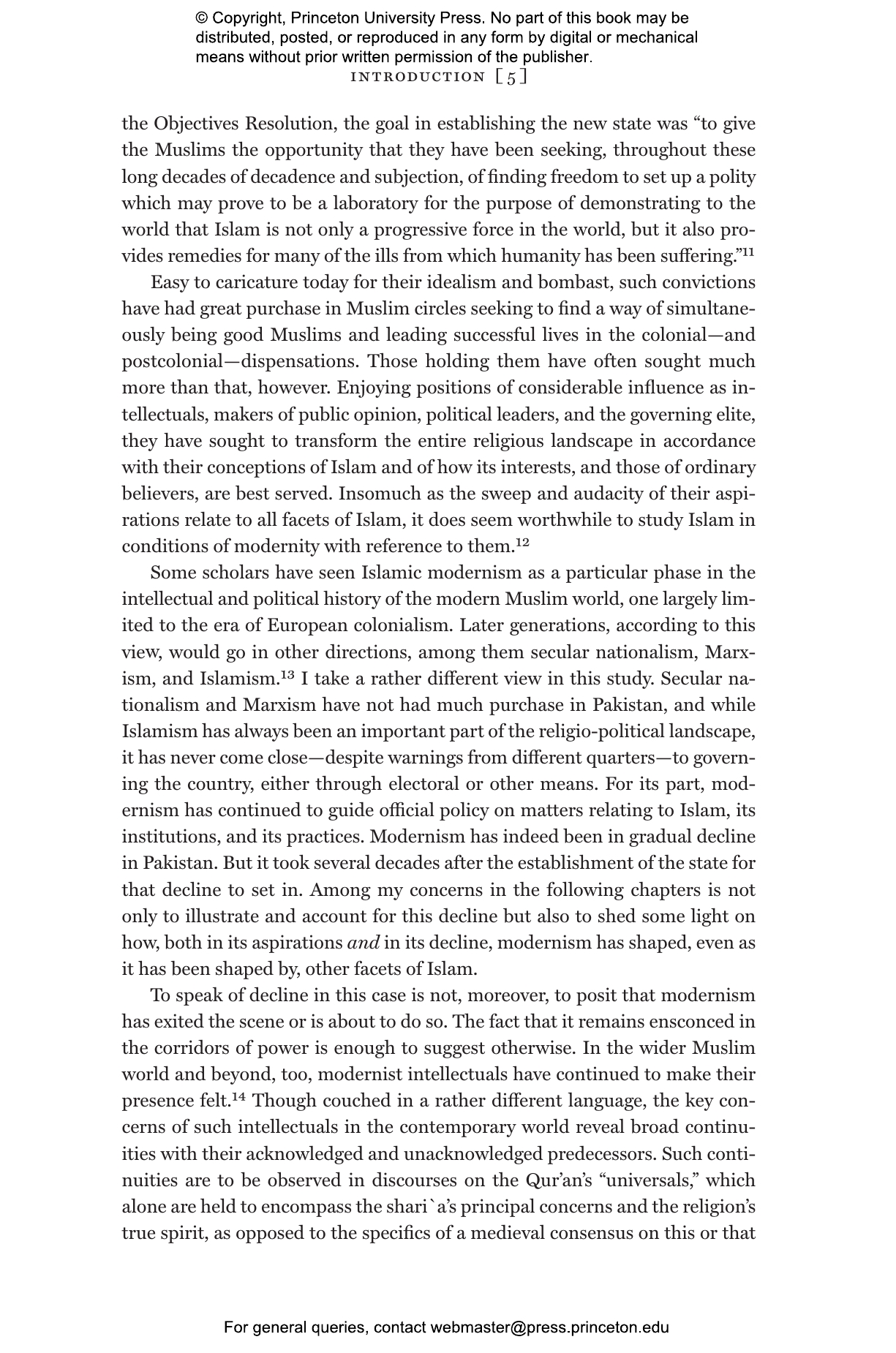 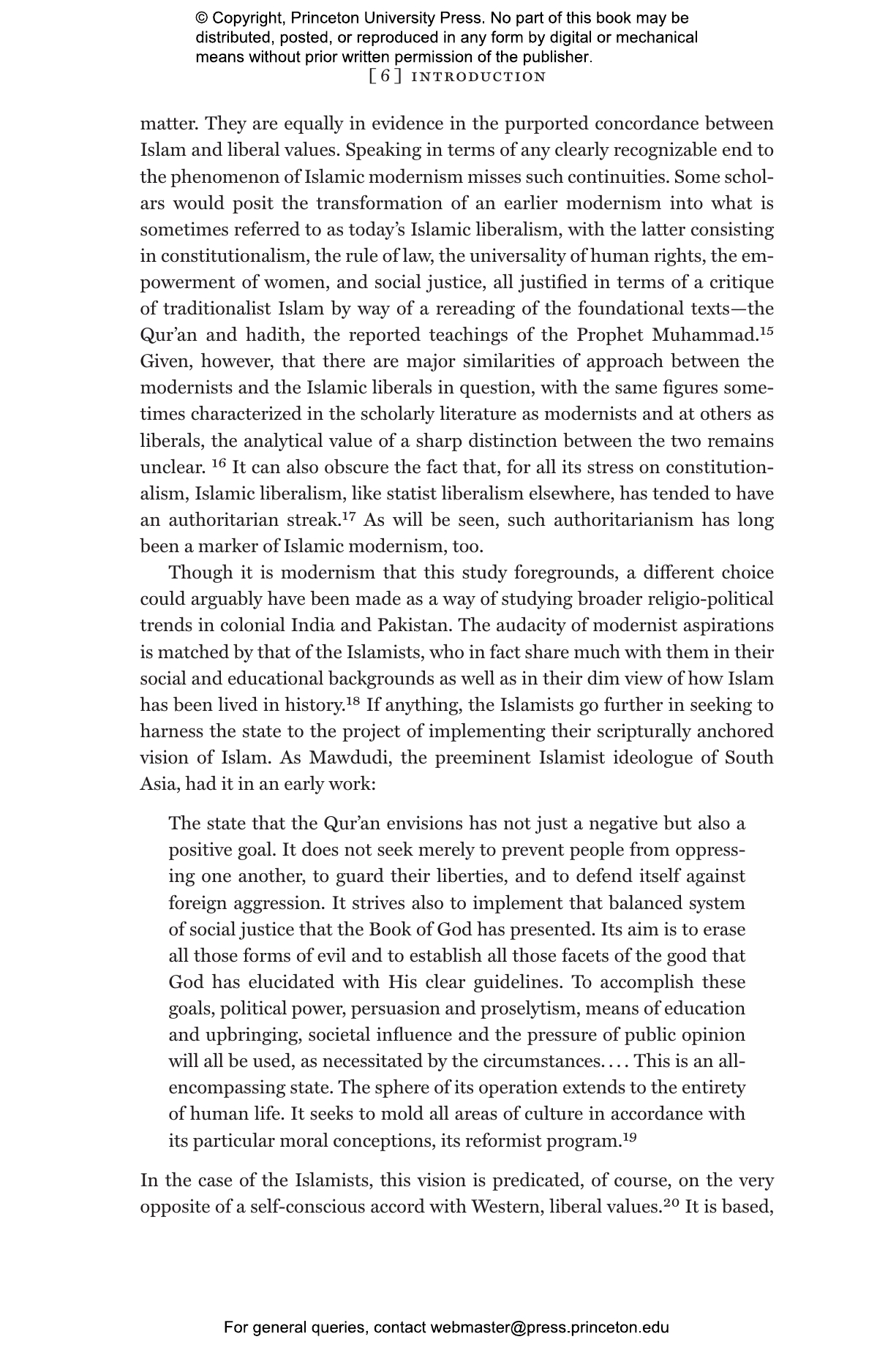 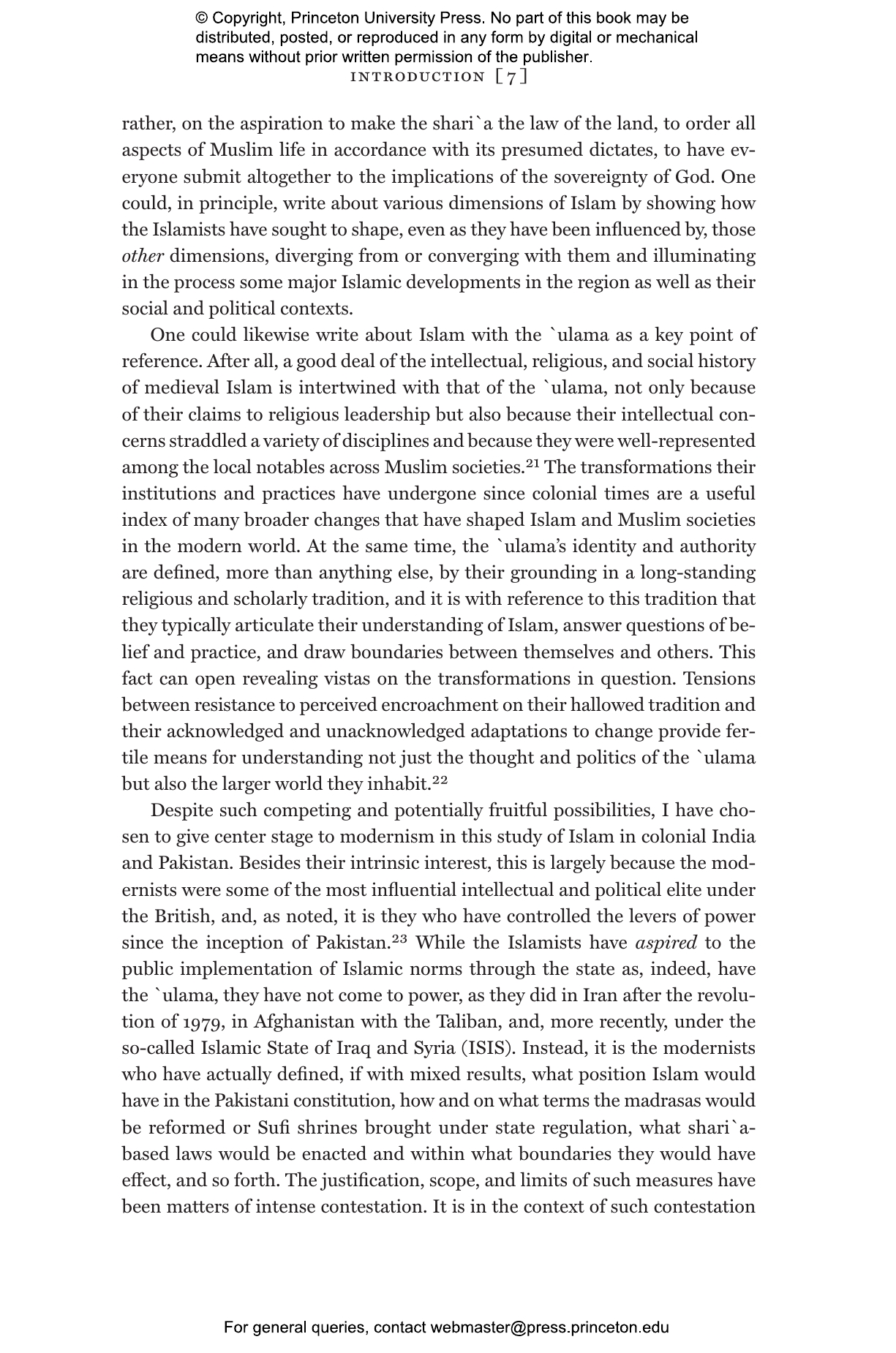 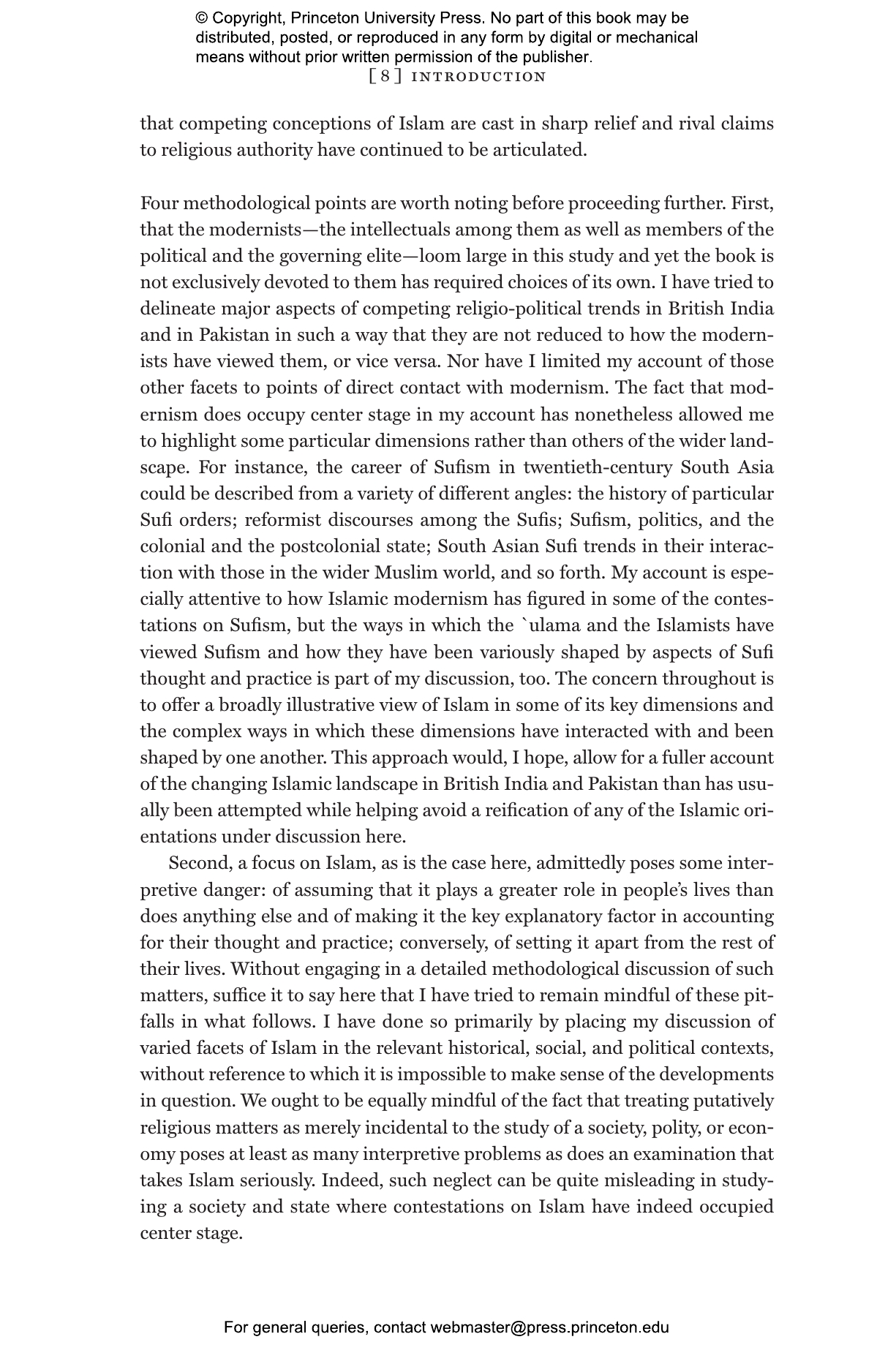 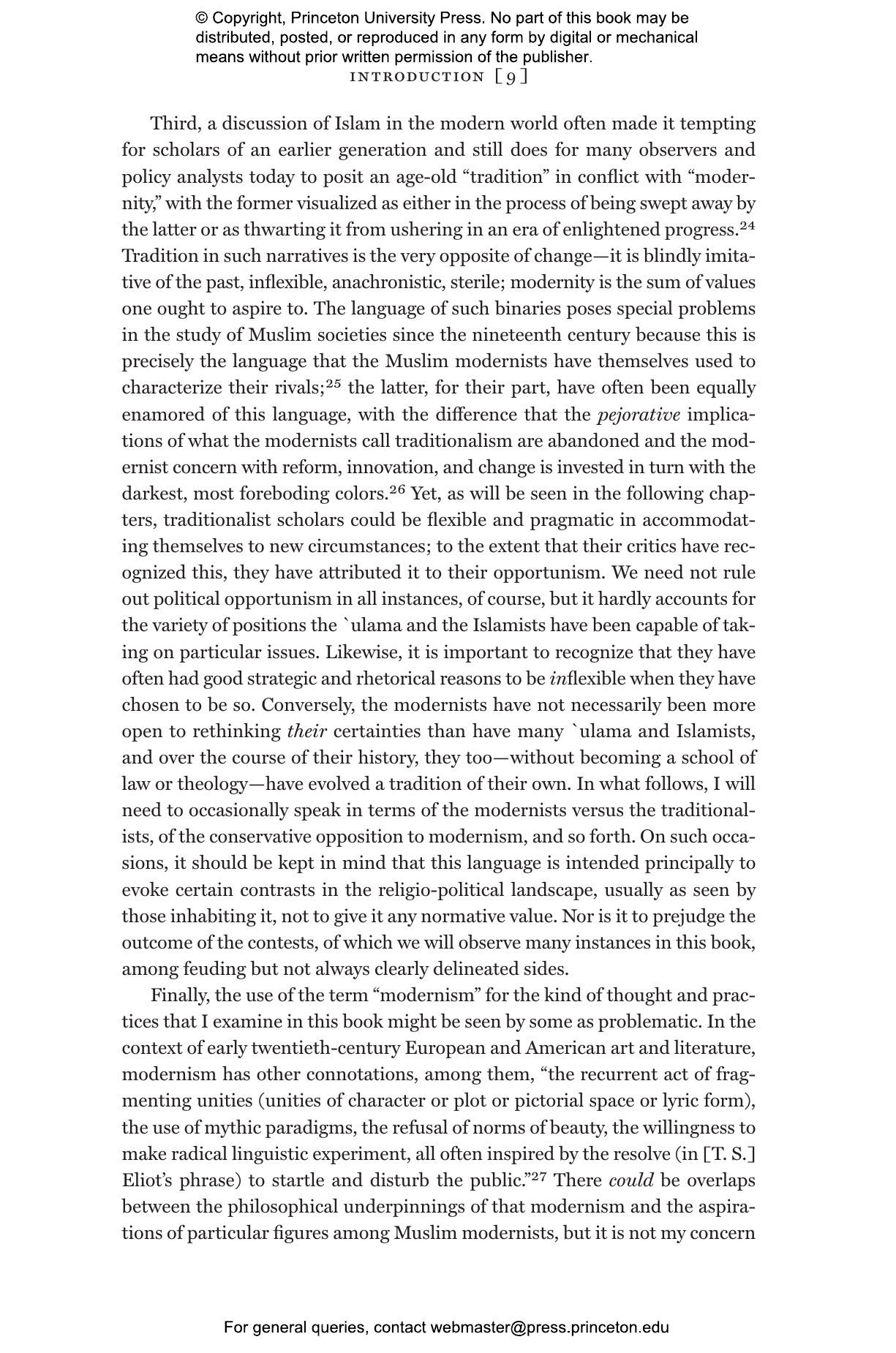 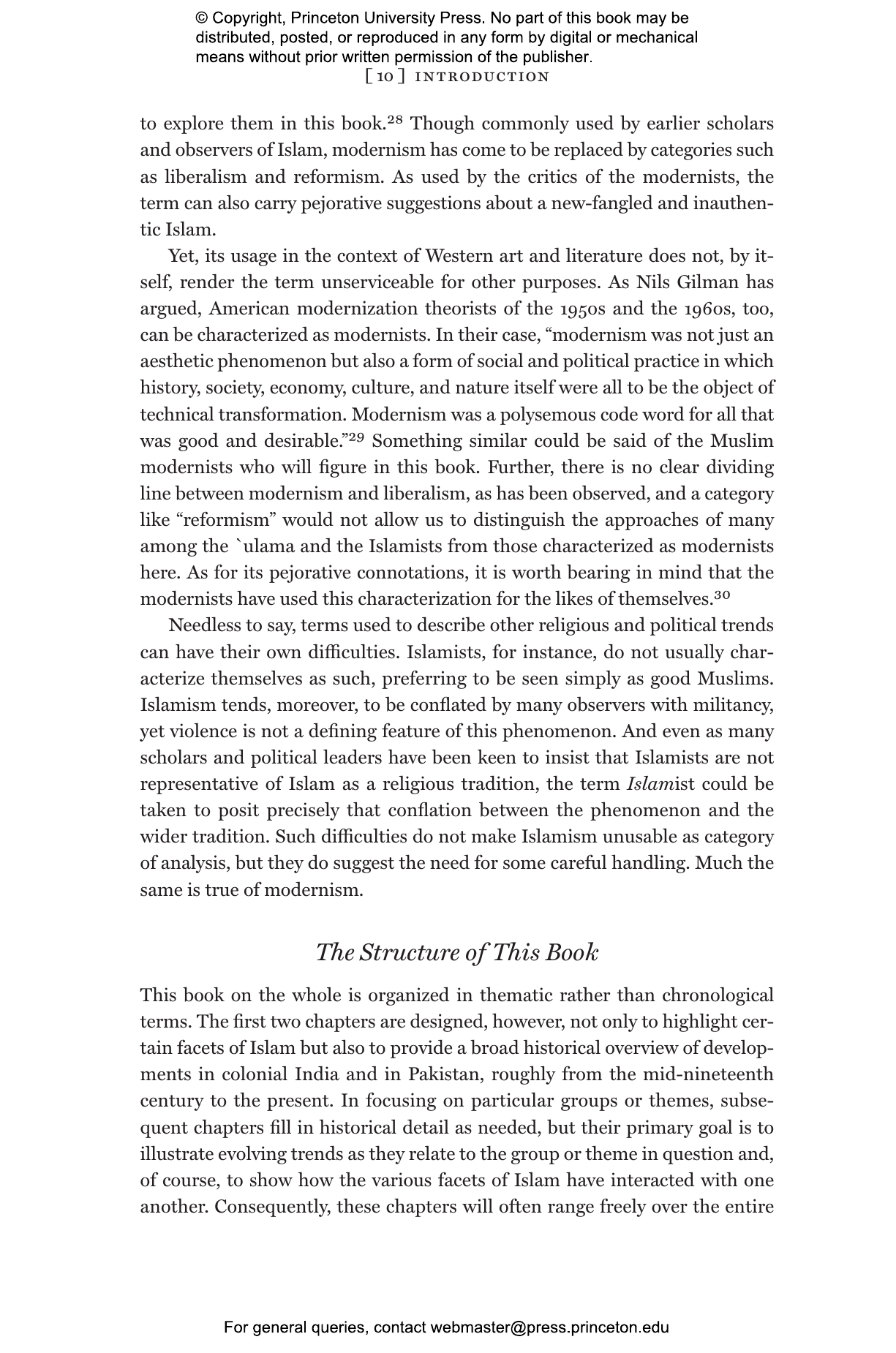 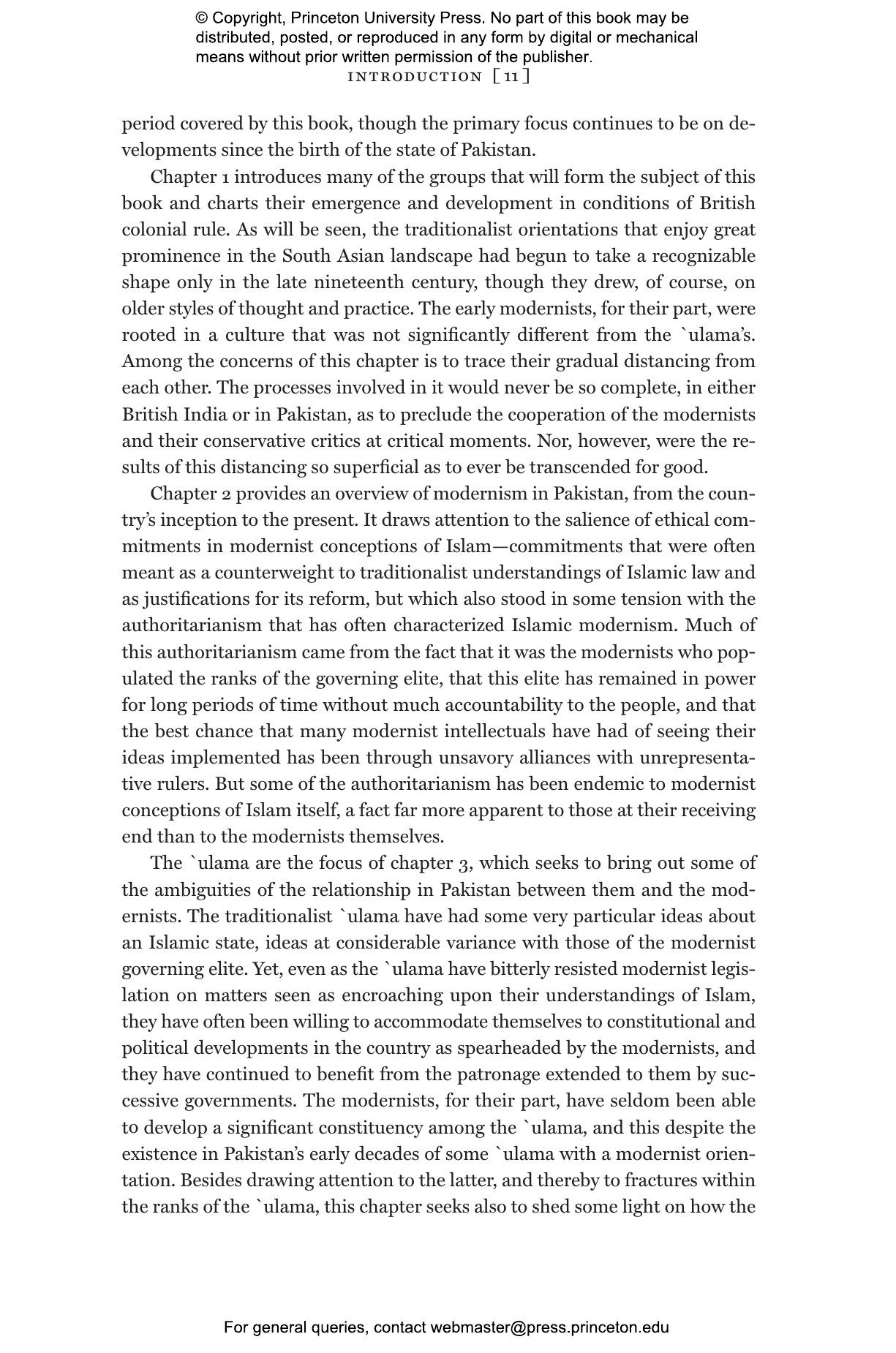 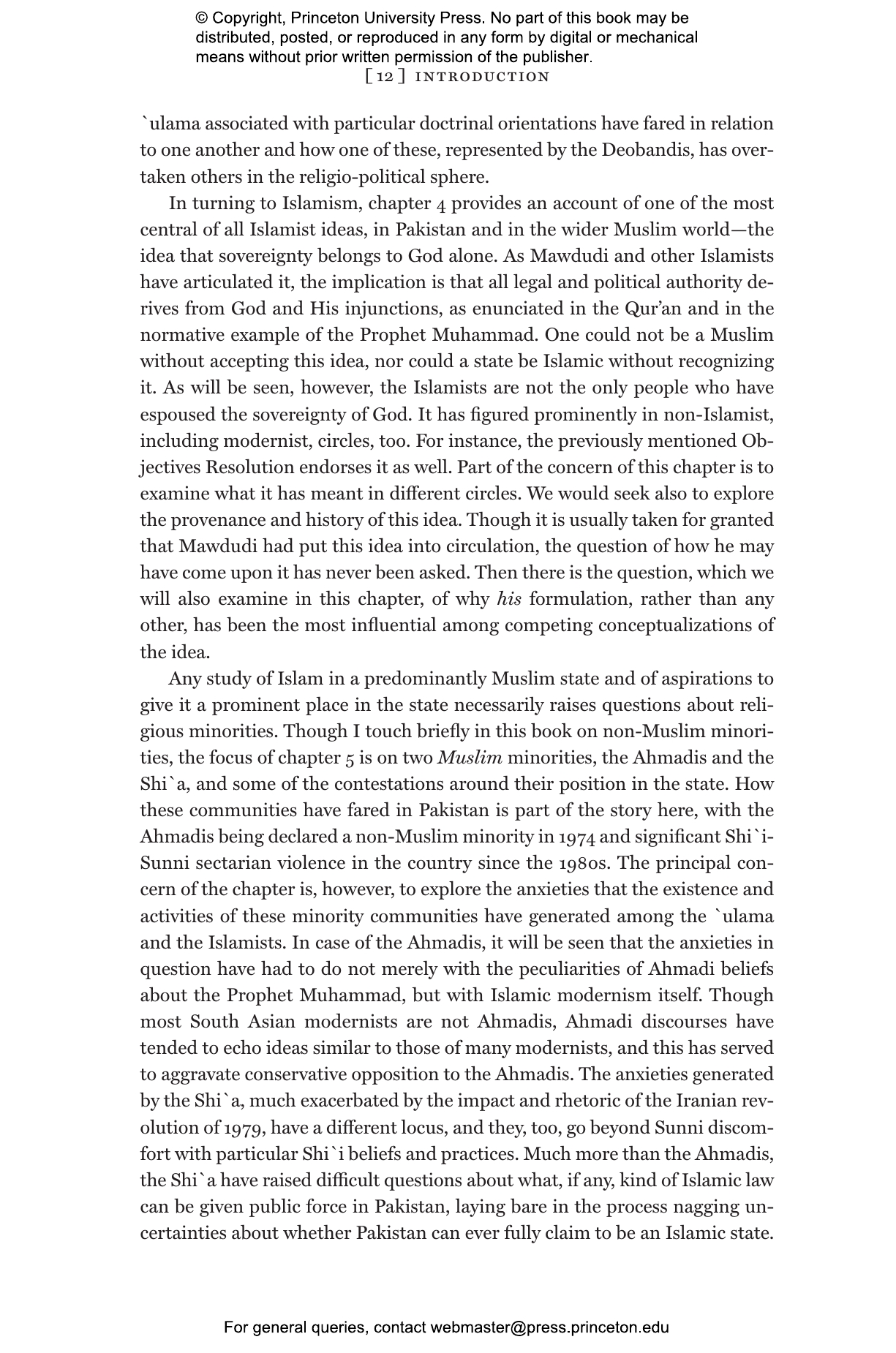 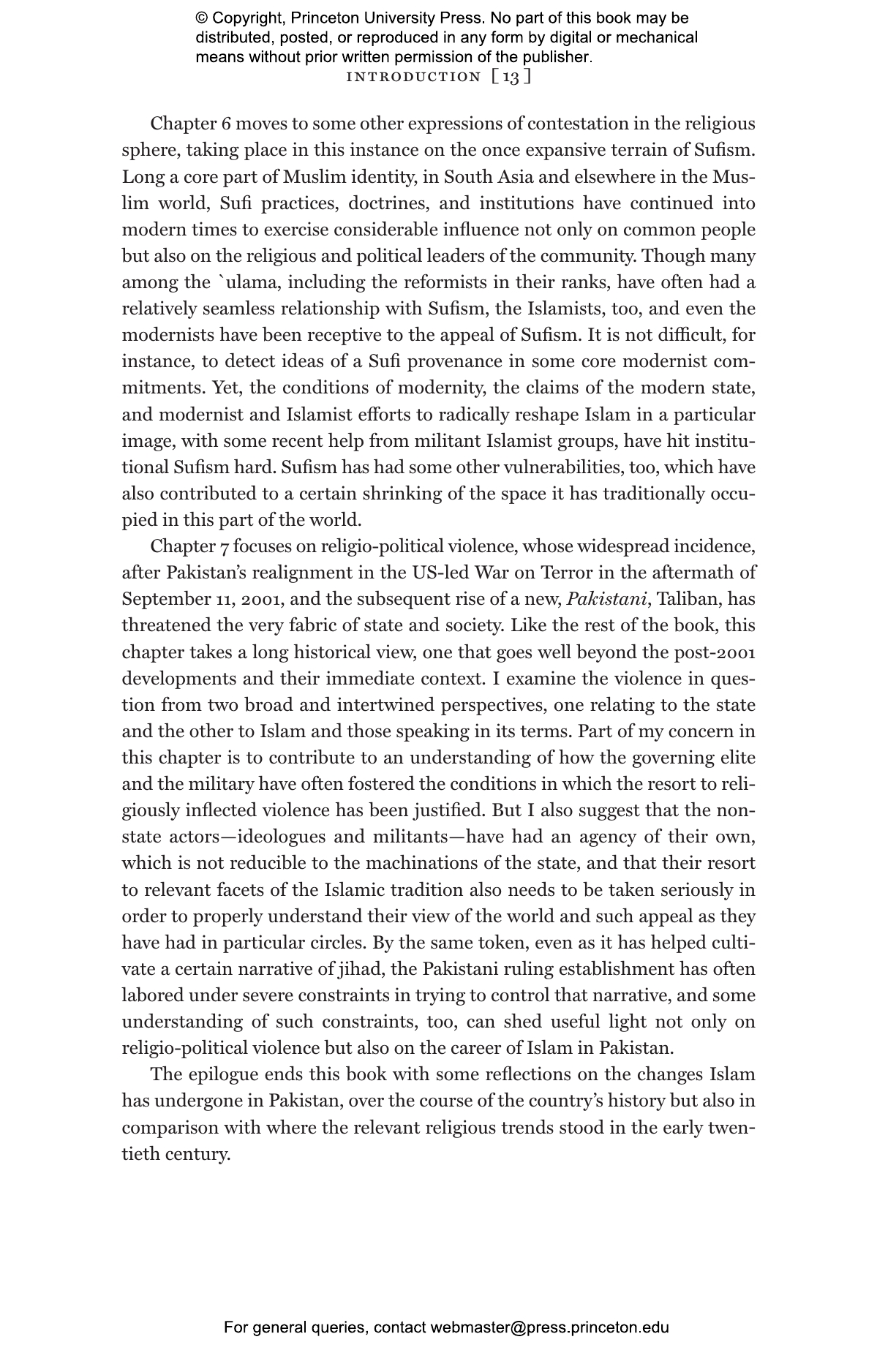 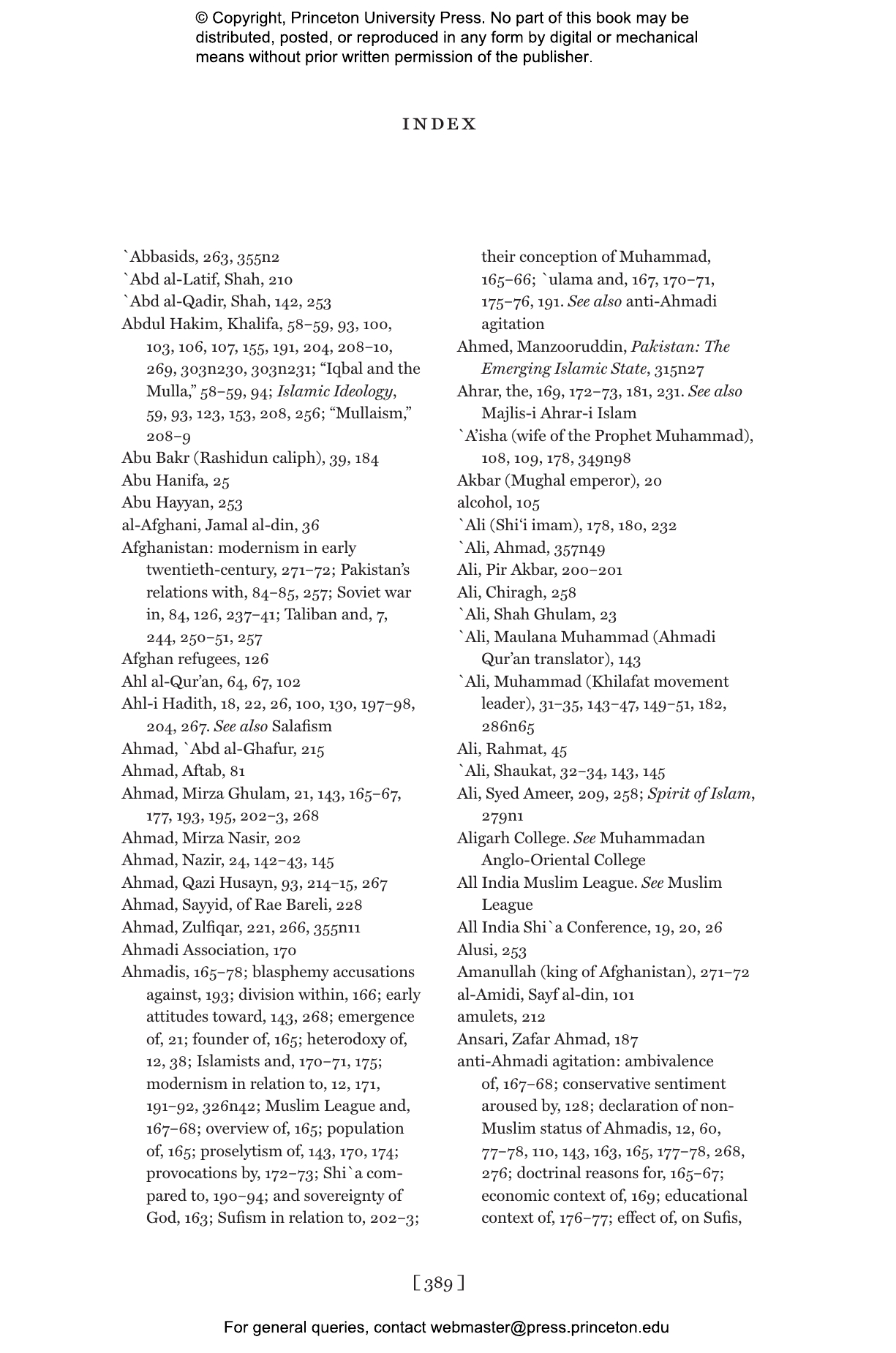 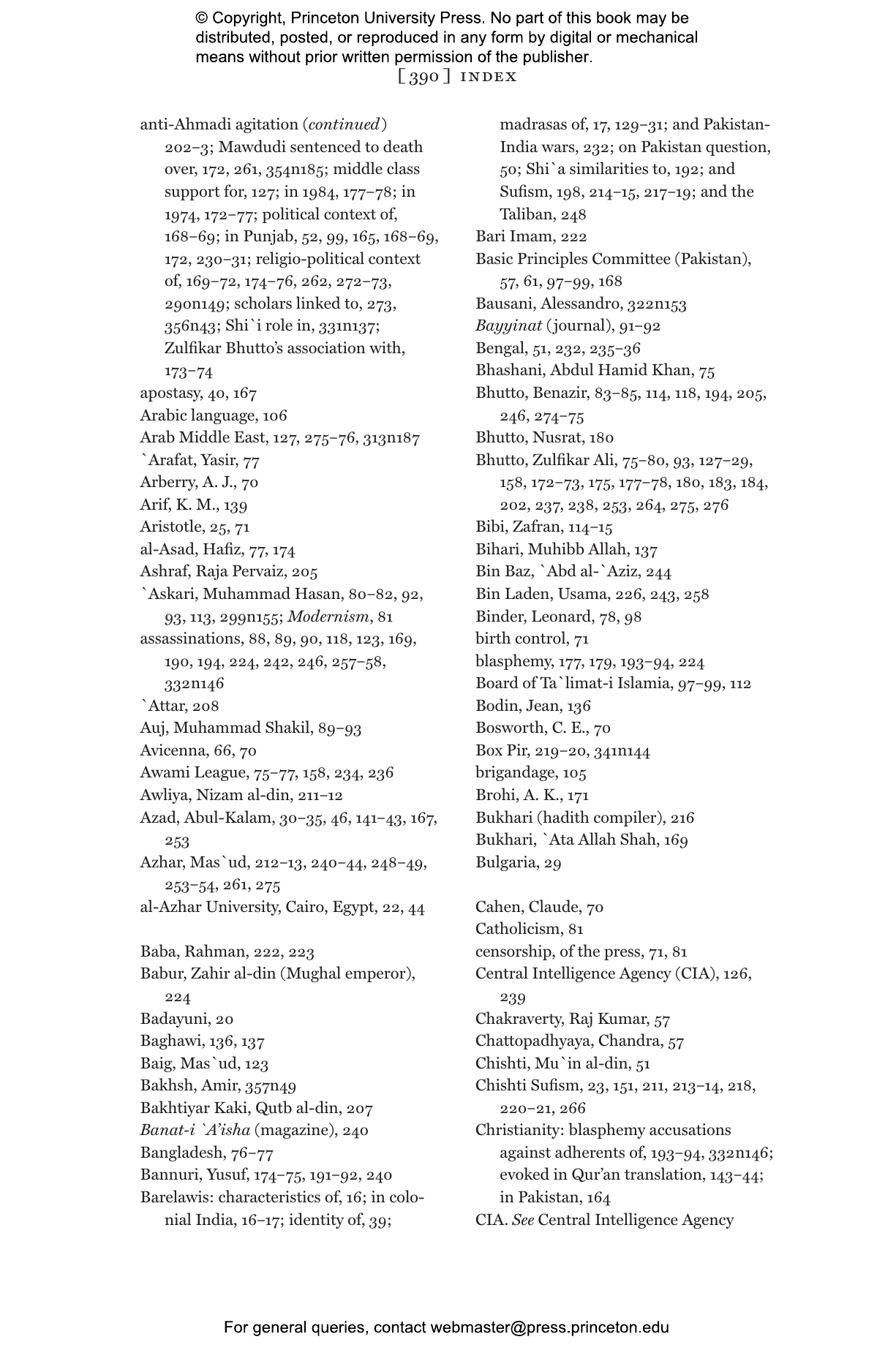 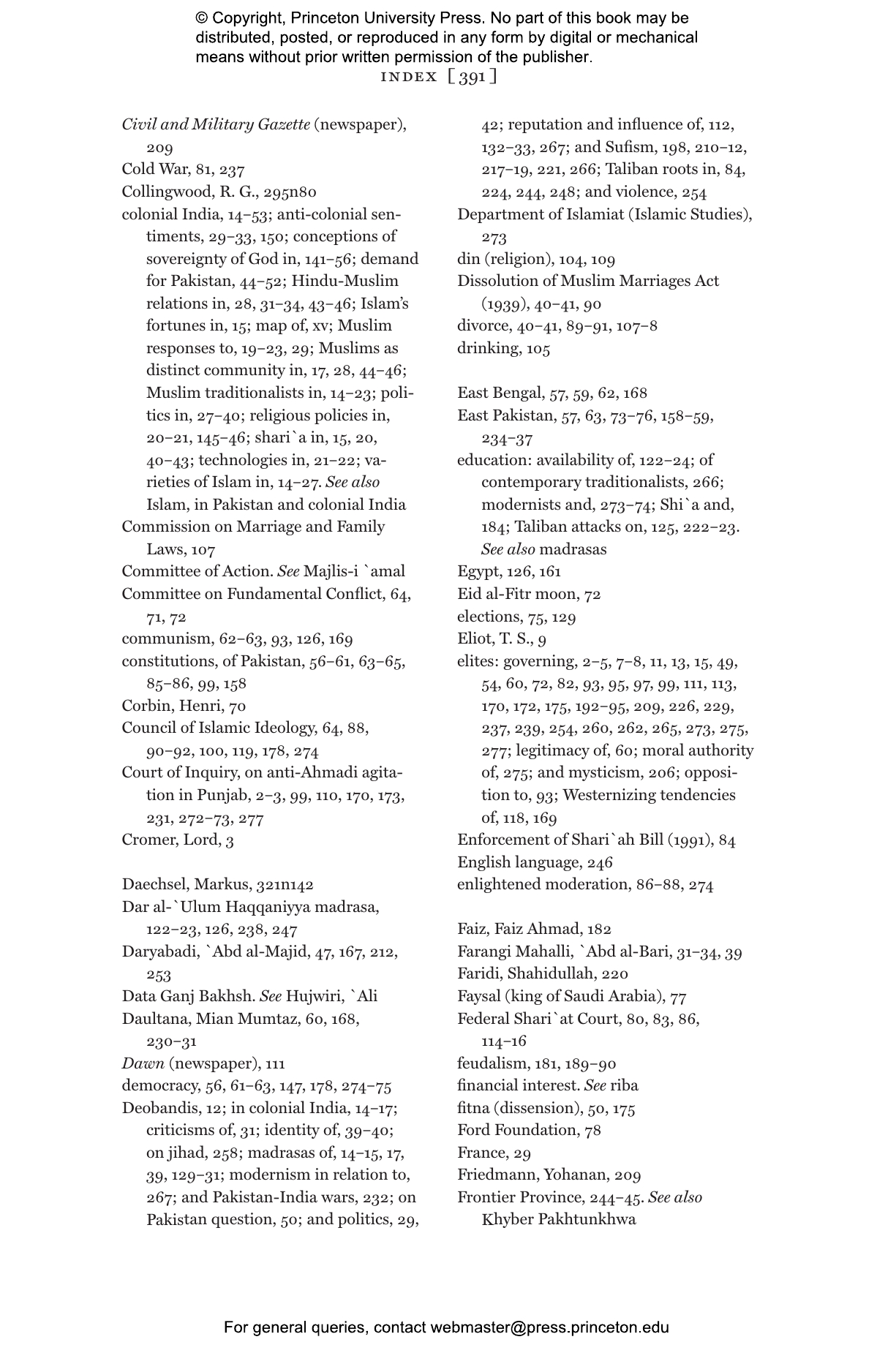 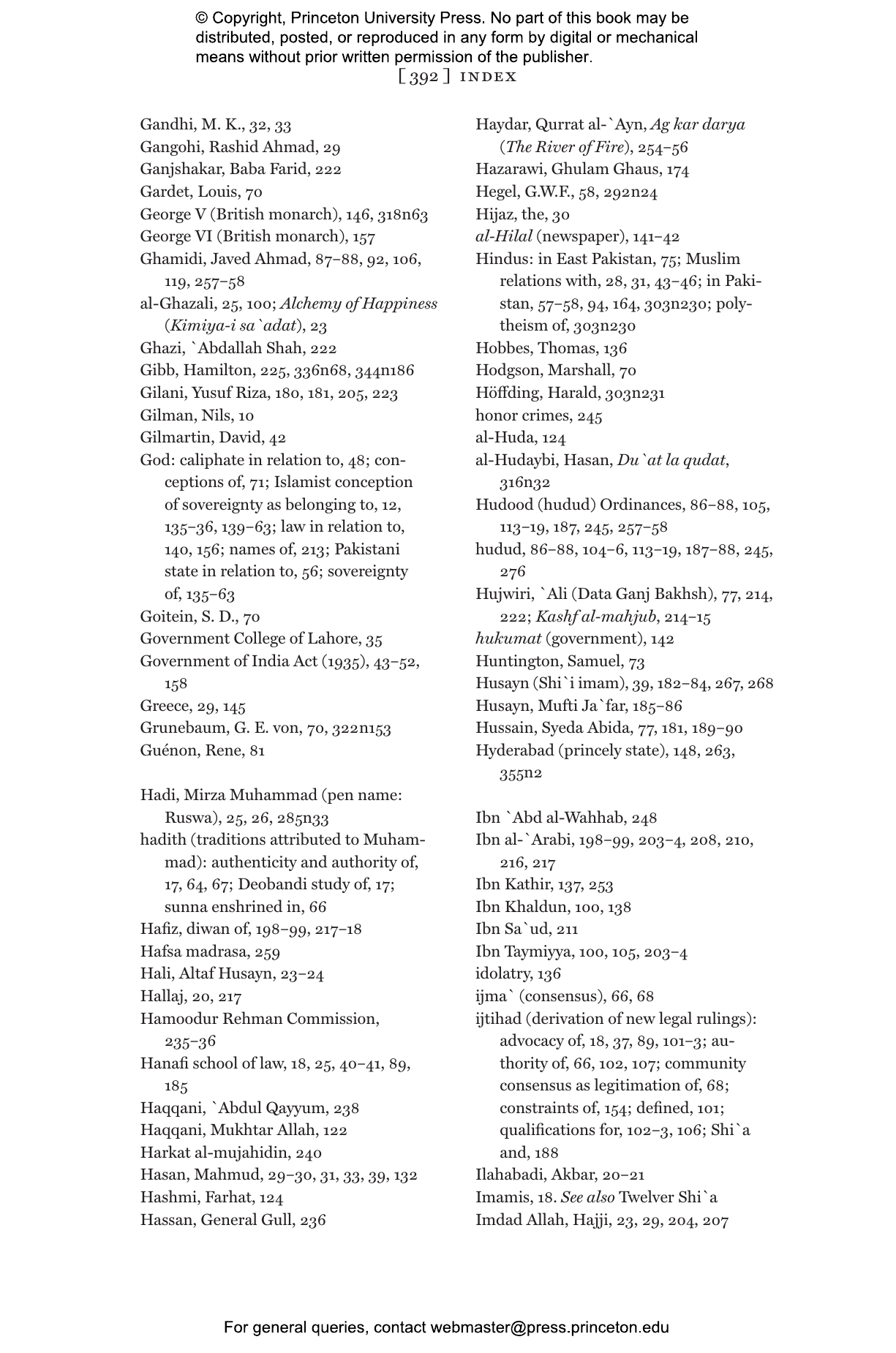 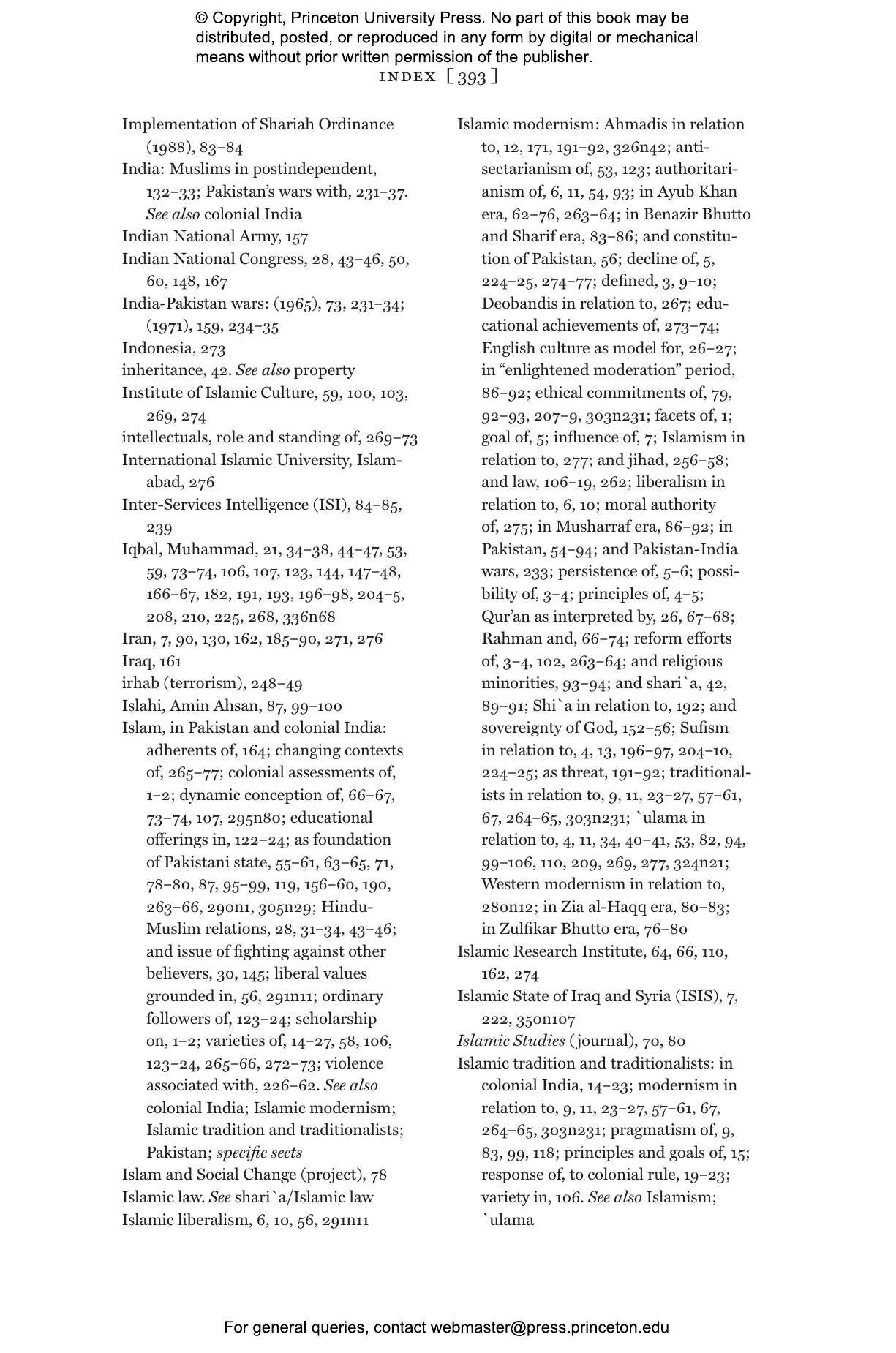 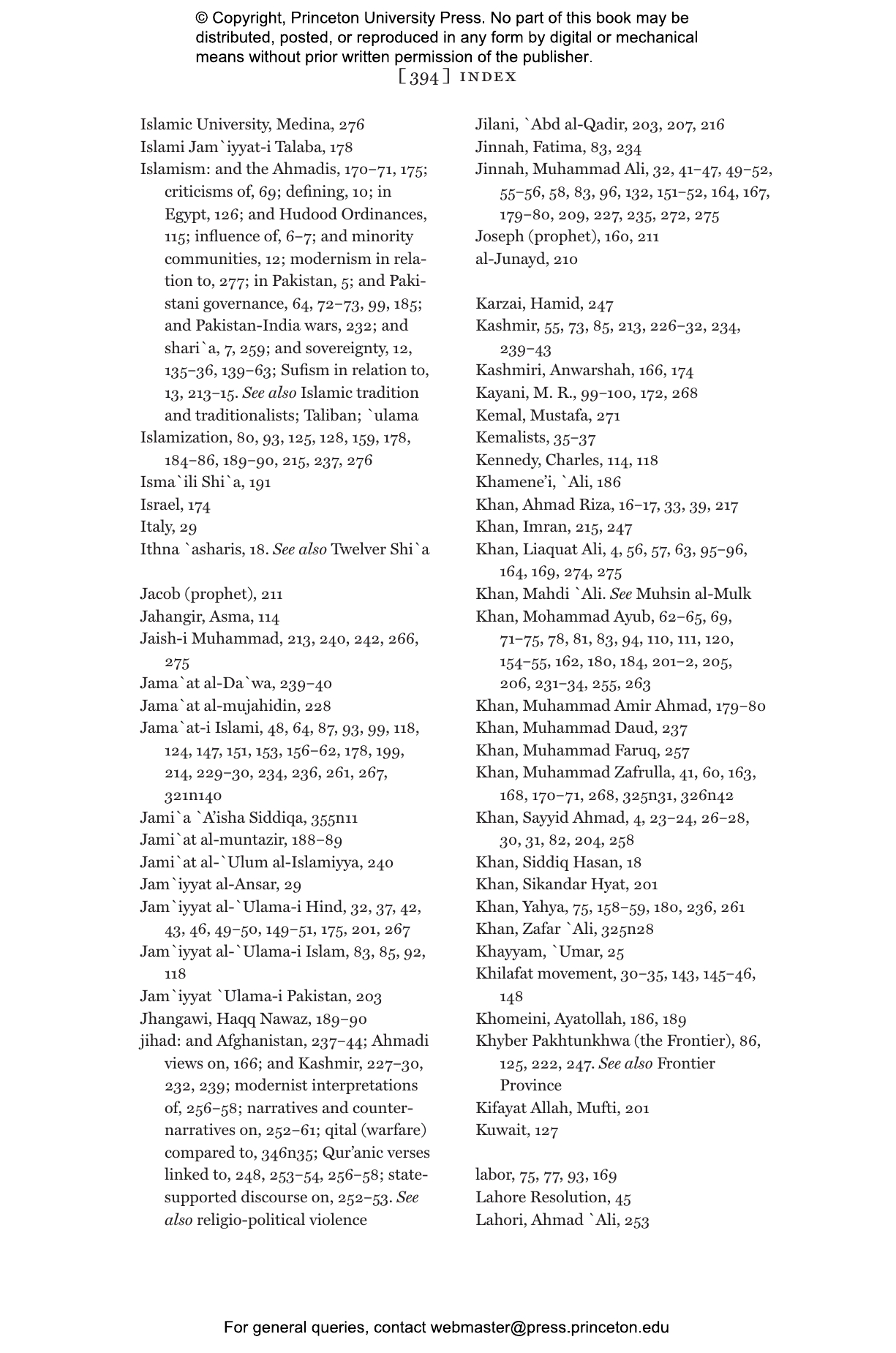 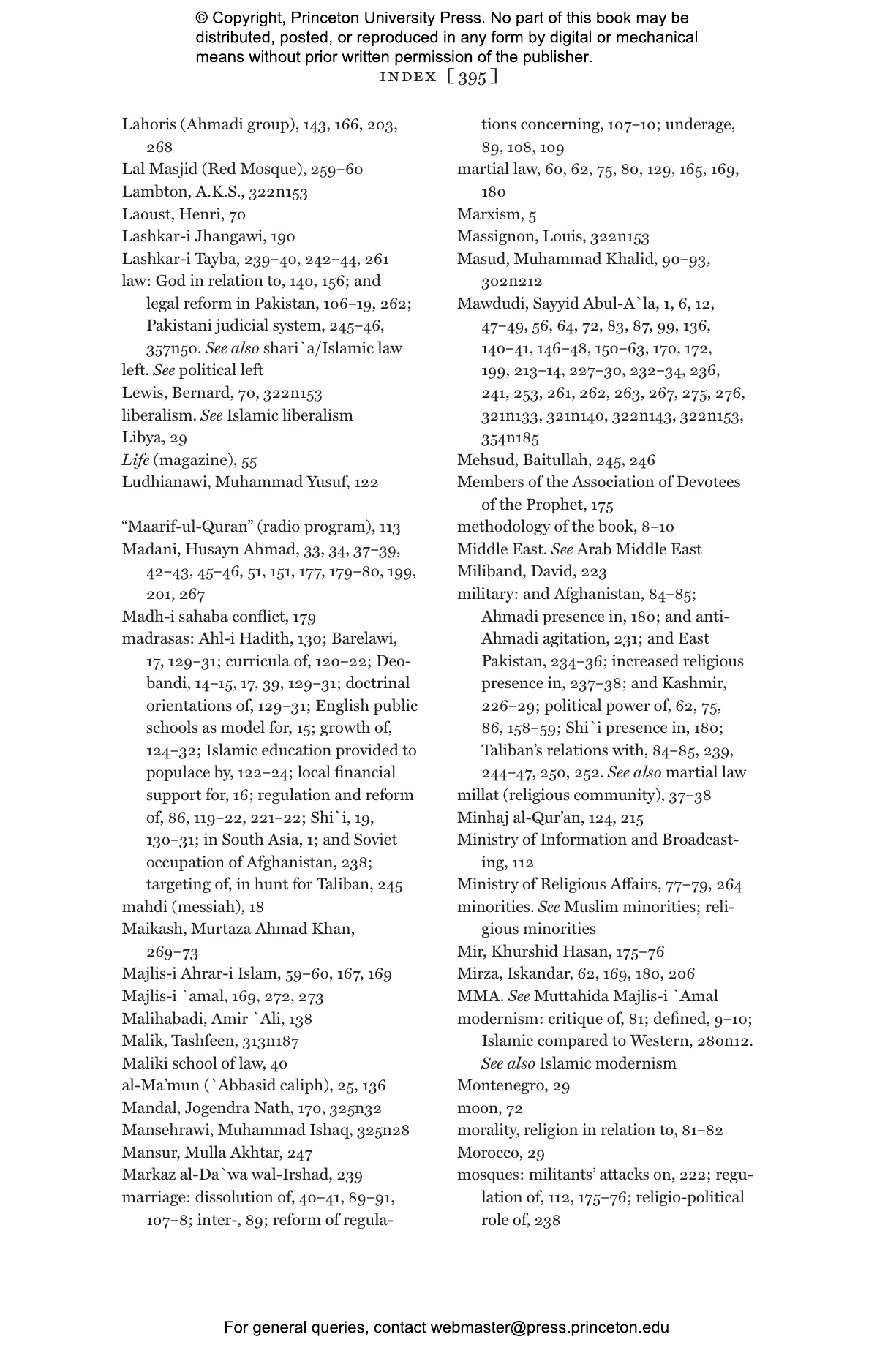 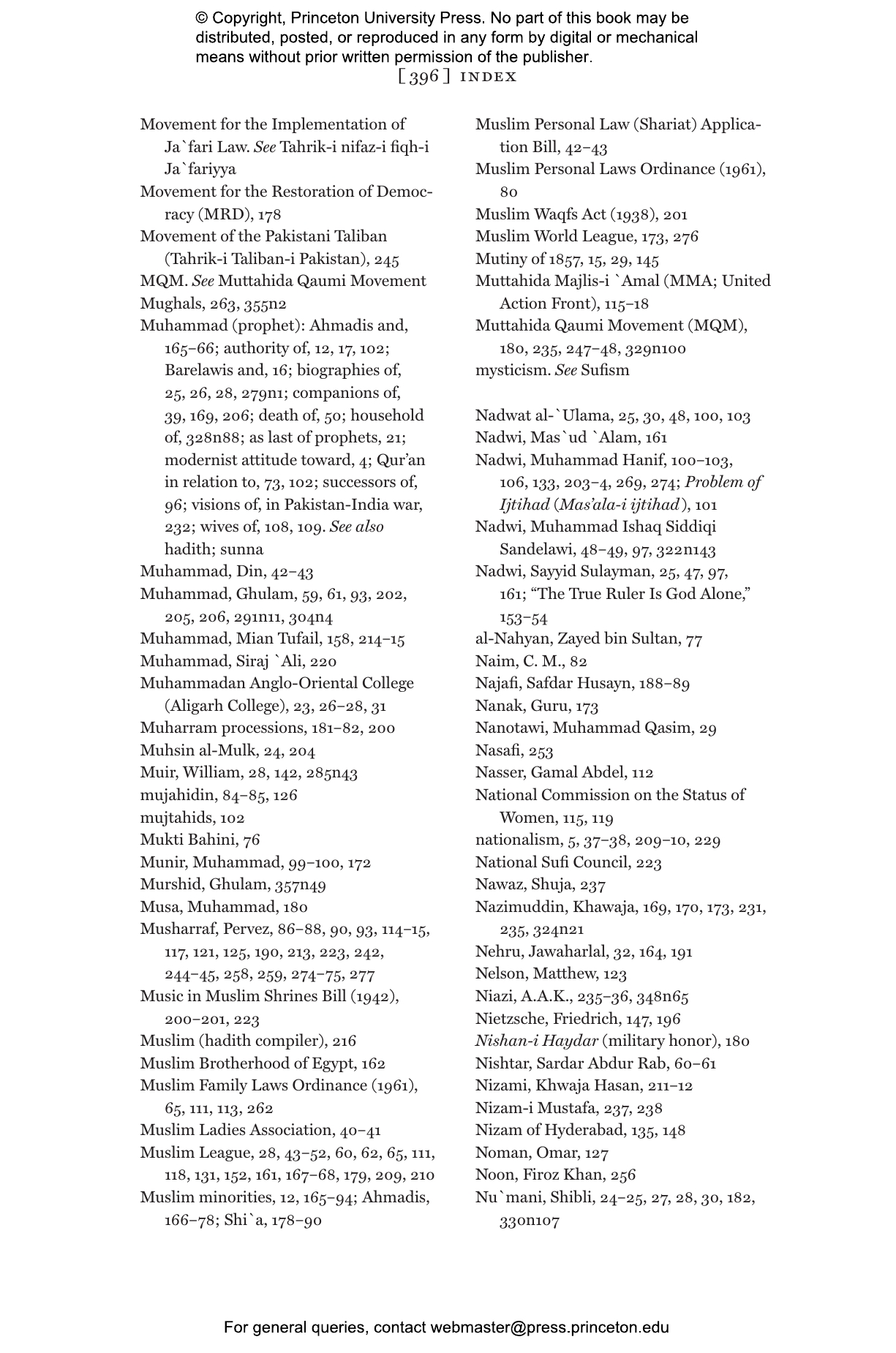 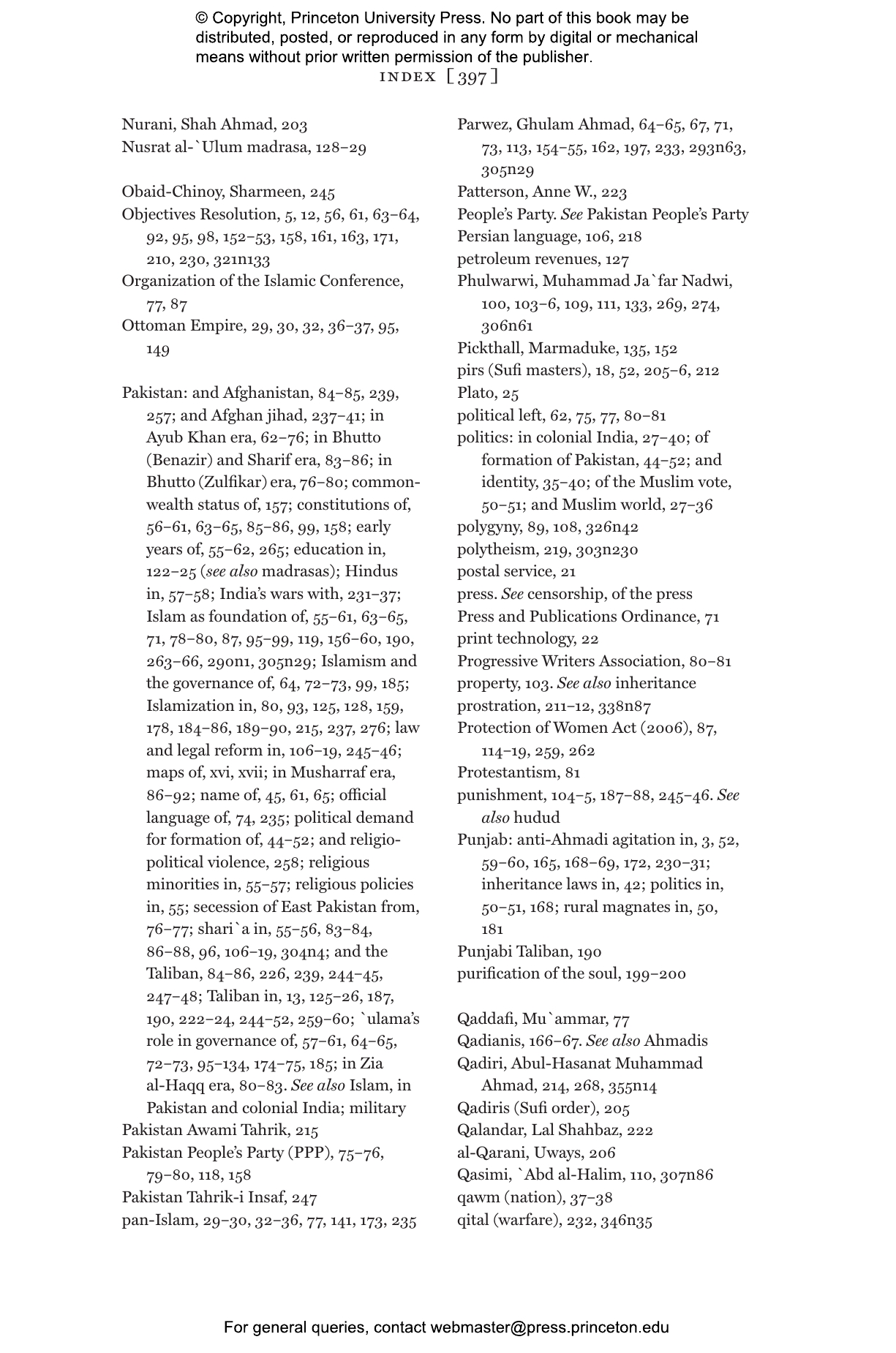 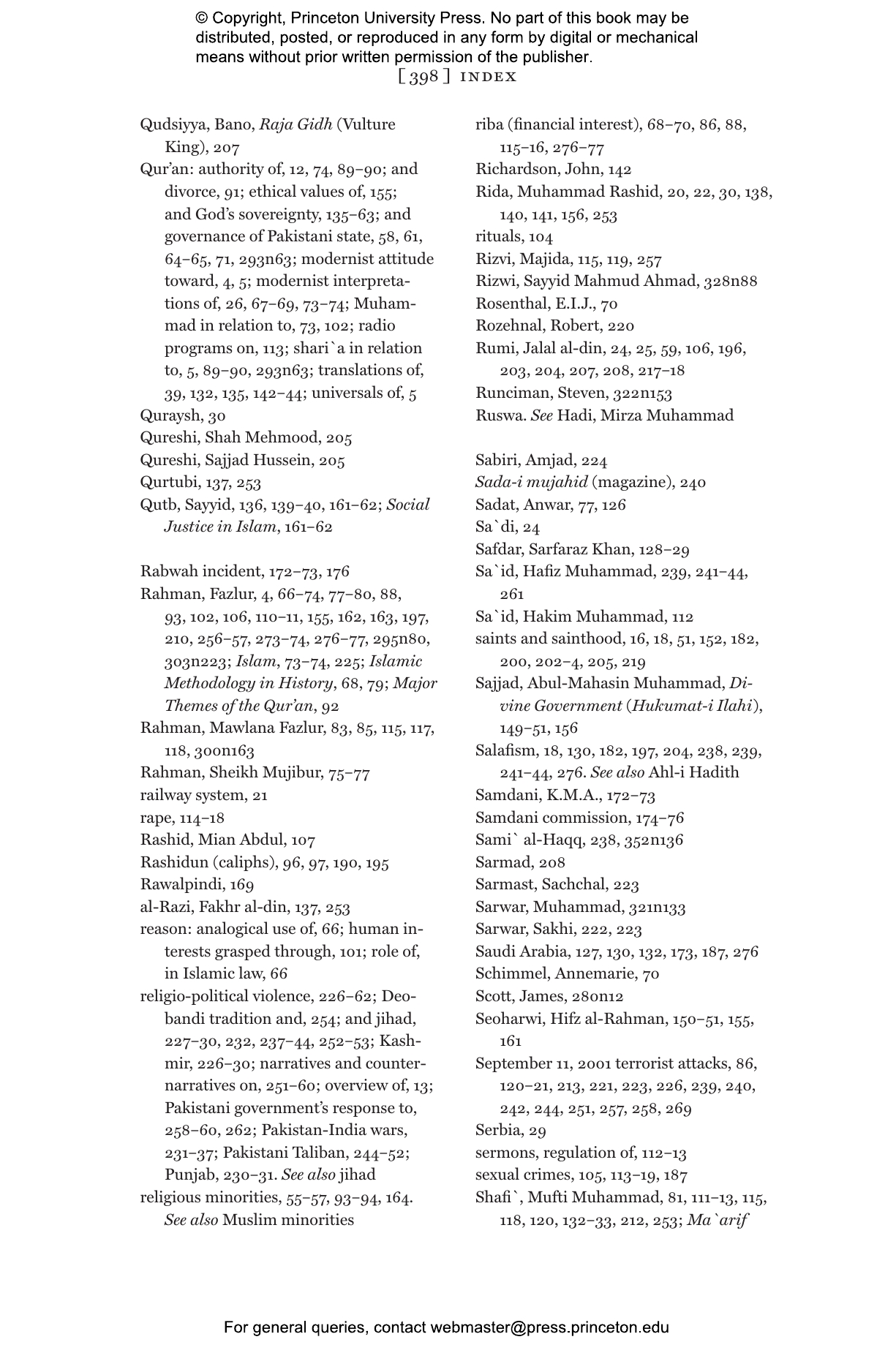 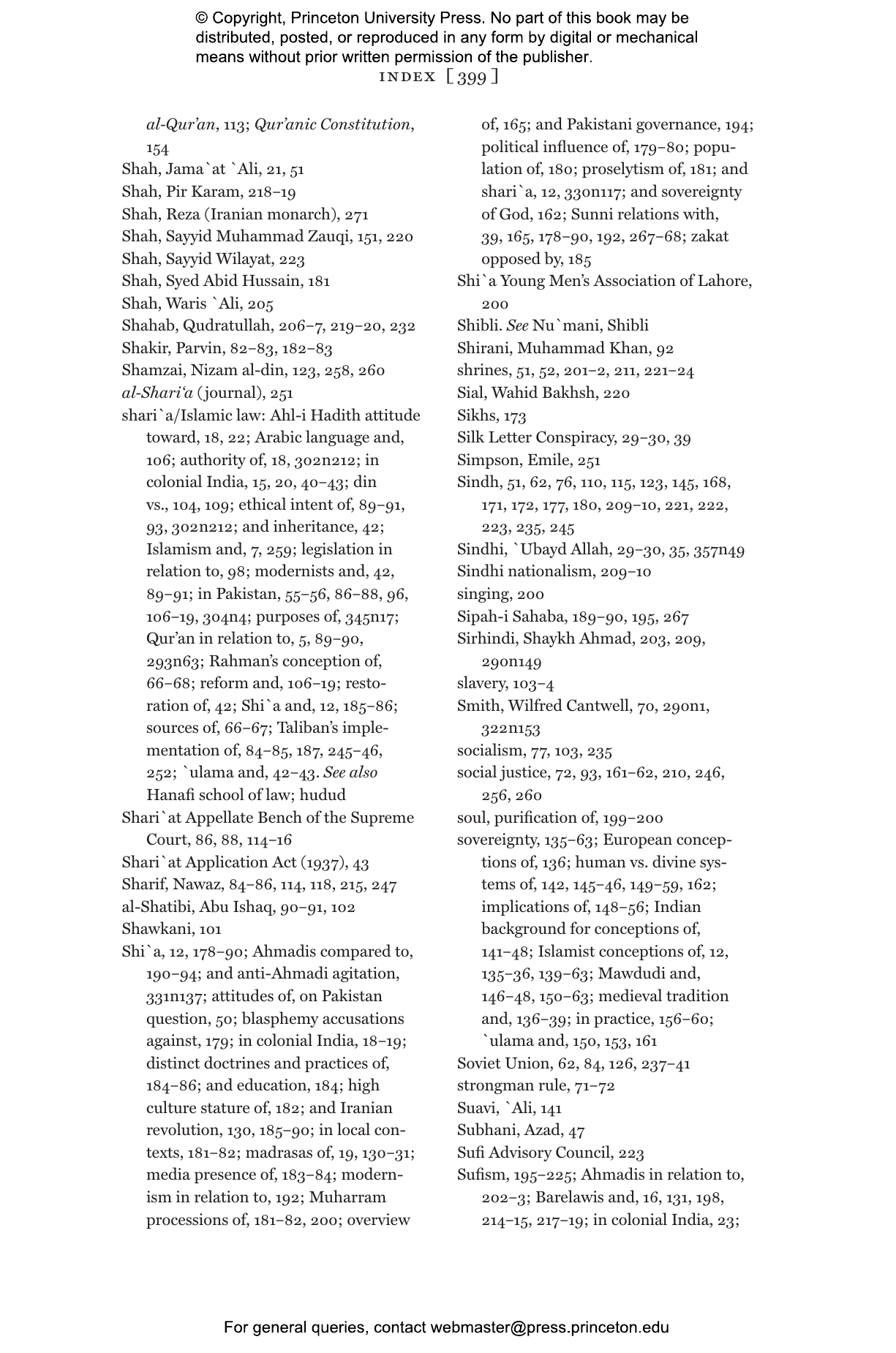 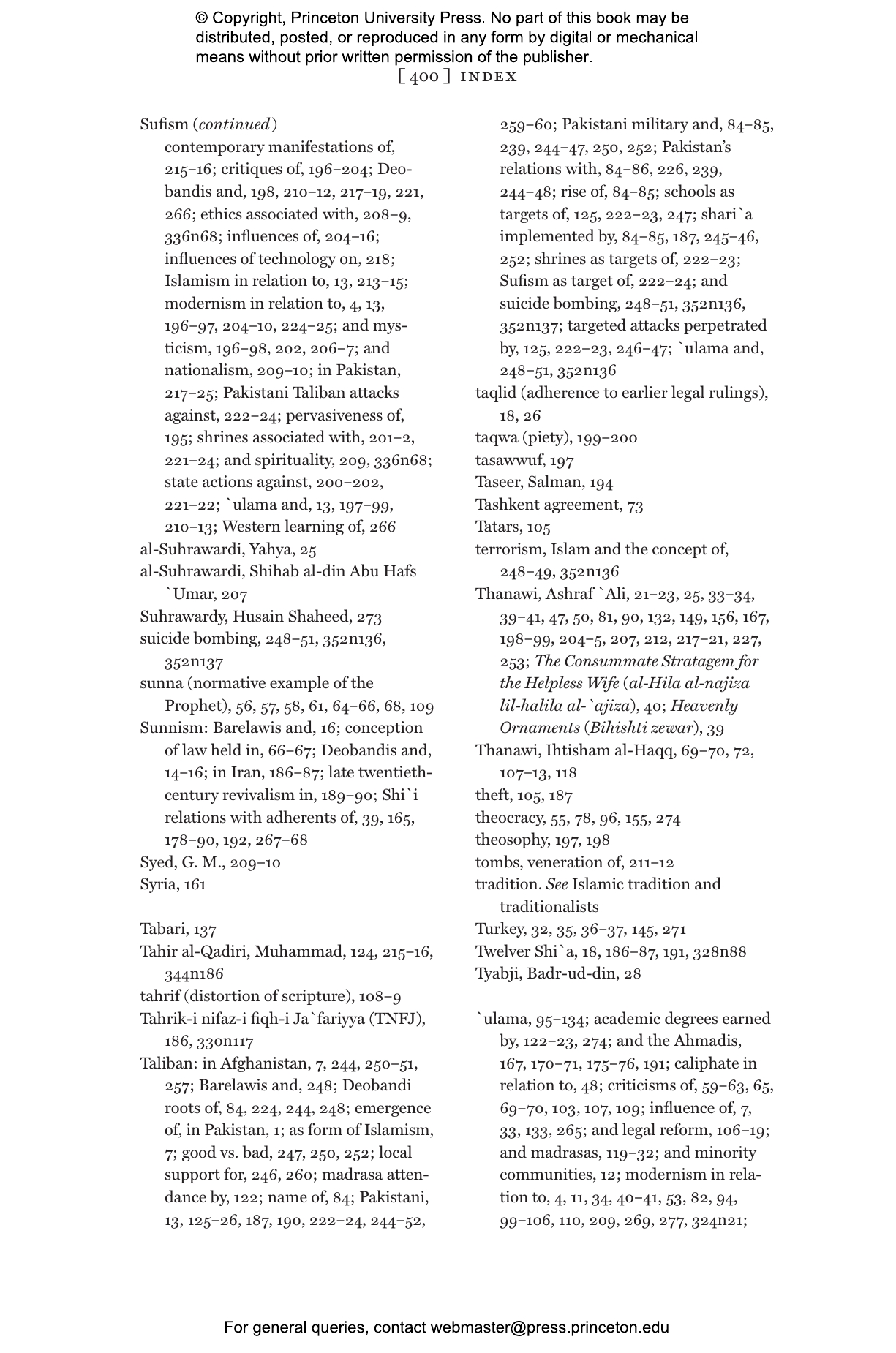 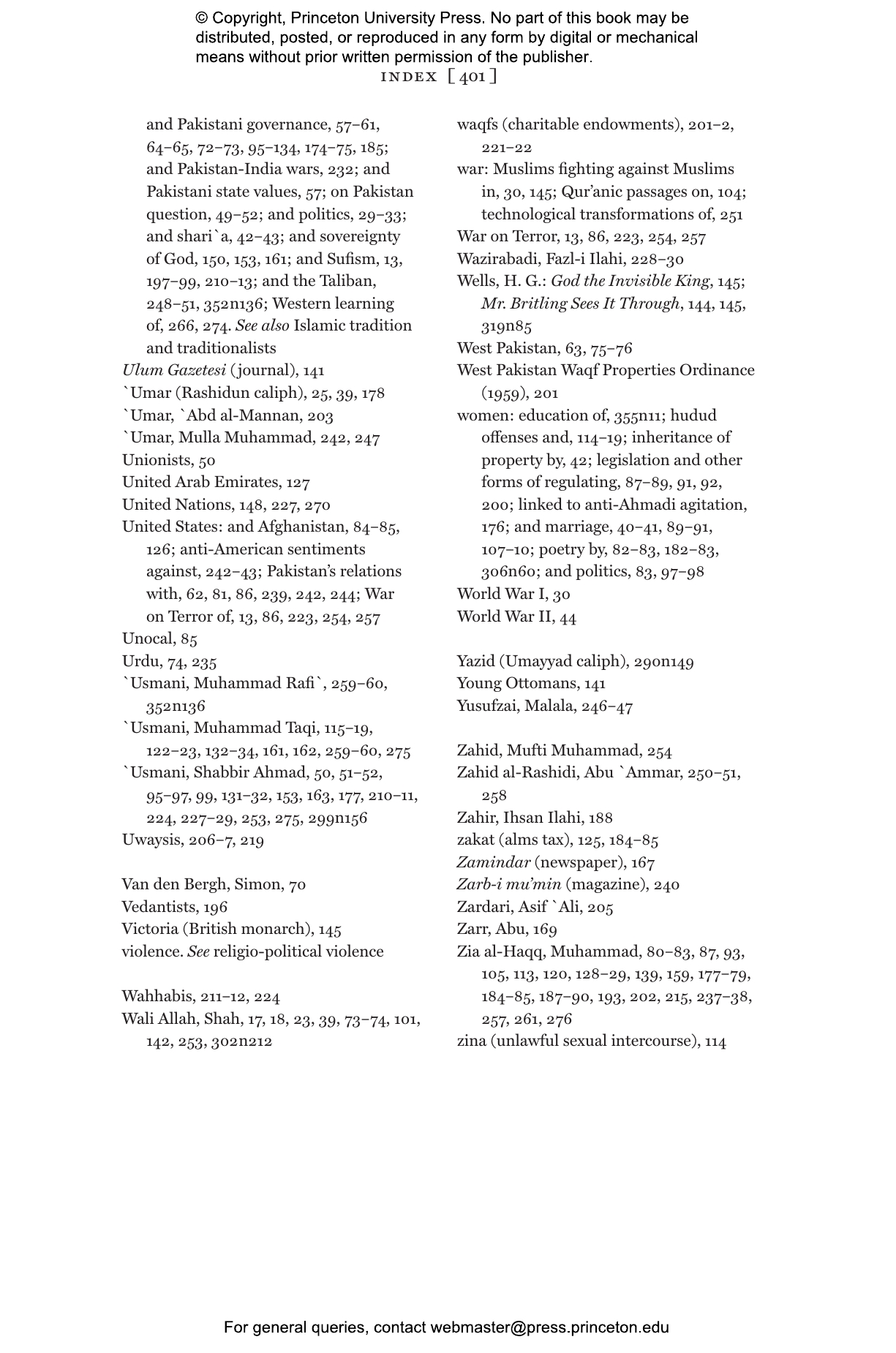 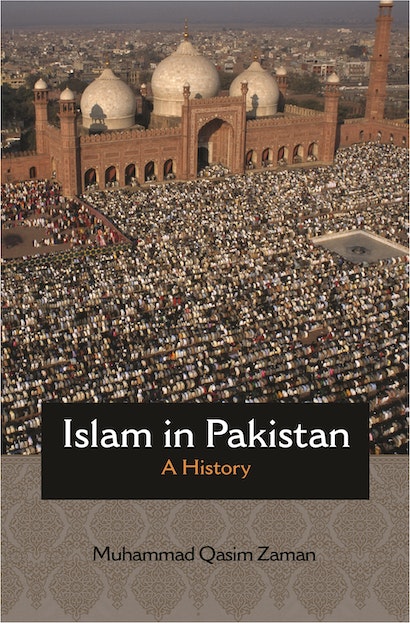 "This is a wonderfully balanced treatment of Islam in Pakistan, which throughout respects nuance and complexity."—Francis Robinson, Times Literary Supplement

"This book is not meant to be read. It is meant to be studied. Encyclopedic in scope, subtle in analysis, Islam in Pakistan attempts to define a unique strand of Islam that the author calls ‘modernism,’ tracing its genealogy and relation to the corridors of political power."—Mahan Mirza, Maydan

"A wonderfully balanced treatment of Islam in Pakistan, which throughout respects nuance and complexity . . . rooted in a deep knowledge of the writings of modernists, ulama and Islamists."—Francis Robinson, Times Literary Supplement

"A rich intellectual history. . . . This work will immediately be established as essential reading for all specialists."—Justin Jones, H-Net Reviews

"A landmark publication in the fields of religious studies, modern Islam, South Asian Islam, and by far the most important and monumental contribution to date in the study of Islam in Pakistan."—Sherali Tareen, Islamic Studies