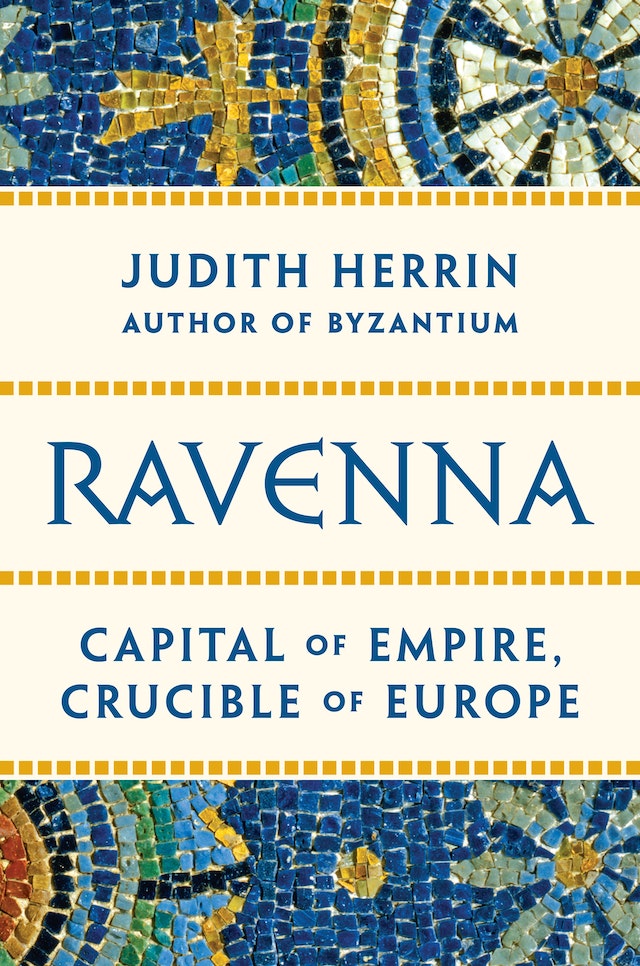 Beautifully illustrated and drawing on the latest archaeological findings, this monumental book provides a bold new interpretation of Ravenna’s lasting influence on the culture of Europe and the West.

Judith Herrin is professor emeritus in the Department of Classics at King's College London. Her books include Byzantium: The Surprising Life of a Medieval Empire, Women in Purple: Rulers of Medieval Byzantium, and The Formation of Christendom (all Princeton). She lives in Oxford, England.

"Judith Herrin explains in her lively, startling book, Ravenna really did deserve ‘the most noble’ title bestowed by this anonymous admirer. From its origins as a refuge in a dying empire, it went on to host kings and prelates, physicians and lawyers—and ultimately help shape Europe."—The Economist

"The book is absolutely gorgeous, with magnificent colour reproductions of Ravenna's churches and mosaics. Relics of an age that seems almost impossibly remote, they are the foundations on which modern Europe stands."—Dominic Sandbrook, Sunday Times

"[E]minently worth reading. The colour plates are so sumptuous that the Ravenna mosaics fairly glow on the page. History teaches us that it is on the margins that the greatest change often occurs. Ravenna was on such a margin. Now, perhaps for the first time, the city emerges triumphant from the shadow of the so-called Dark Ages."—Ian Thomson, The Spectator

"Beautifully illustrated, impeccably researched and accessibly presented, it traces Ravenna's career as the capital of the Roman empire in the west. . . . Buildings are also brought to life alongside the people who built and used them. . . . It is this linking of tangible remains and historical record that is the book's great strength."—Jonathan Harris, BBC History Magazine

"Herrin tells the changing story of Ravenna as it unfolds from the end of the fourth century to the ninth in a series of short, accessible sections with the aid of luscious illustrations."—Averil Cameron, History Today

"Judith Herrin’s book [Ravenna] explains by recounting the city’s life from 402, when it became the capital of the Roman Empire in the West, to 751, when the Lombards took over. The story is not, she emphasises, one of decline, but of rebirth, for Ravenna established what European Christendom could become. . . . By the time we can easily visit Ravenna the city again it should be with the advantage of having read Ravenna the book."—Christopher Howse, The Telegraph

"[Ravenna] is absolutely gorgeous, with magnificent colour reproductions of Ravenna’s churches and mosaics. Relics of an age that seems almost impossibly remote, they are the foundations on which modern Europe stands."—Dominic Sandbrook, The Times