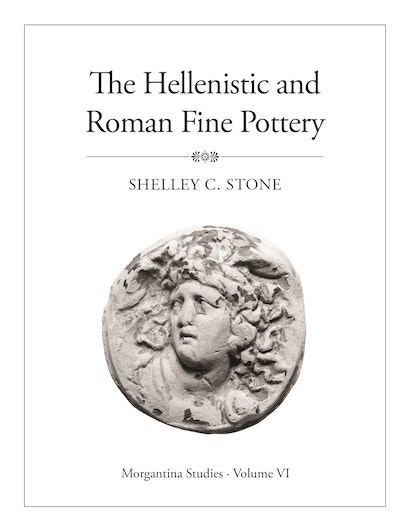 Excavation of the ancient city of Morgantina in southeastern Sicily since 1955 has recovered an extraordinary quantity and variety of pottery, both locally made and imported. This volume presents the fine-ware pottery dating between the second half of the fourth century BCE, when Morgantina was a thriving inland center closely tied to the Hellenistic east through Syracuse, and the first half of the first century CE, when Morgantina had been reduced to a dwindling Roman provincial town that would soon be abandoned. Bearing gloss and often paint or relief, these fine ceramics were mostly tableware, and together they provide a well-defined picture of the evolving material culture of an important urban site over several centuries. And since virtually all these vessels come from dated deposits, this volume provides wide-ranging contributions to the chronology of Hellenistic and early Roman pottery.


An introductory chapter sketches out a comprehensive history of the city, discusses the many well-dated archaeological deposits that contained the excavated pottery, and defines the major fabrics of the ceramics found at the site. The bulk of the volume consists of a scholarly presentation of more than 1,500 pottery vessels, analyzing their shapes, fabrics, chronology, decoration, and techniques of fabrication.


This rich ceramic material includes significant bodies of Republican black-gloss and red-gloss vases, Sicilian polychrome ware, and Eastern Sigillata A, as well as early Italian terra sigillata, with numerous examples imported from Arezzo and other Italian centers, along with regional versions from Campania and elsewhere on Sicily. The relief ware includes important groups of third-century BCE medallion cups and hemispherical moldmade cups of the second and first centuries BCE.


Morgantina was also an active center of pottery production, and the debris from several workshops has been recovered, enabling Shelley Stone to reconstruct the working techniques and materials of the local craftsmen, the range of ceramics they produced, and how their products were influenced by pottery imported to the site from elsewhere on Sicily, the Italian mainland, and even more distant centers. The volume also presents new information about the sources of the clay used by the Morgantina potters, as revealed by X-ray fluorescence analysis of selected vases.

Shelley C. Stone is professor of art history at California State University, Bakersfield, and has been a staff member of the excavations at Morgantina in Sicily since 1977. He has published on Greek and Roman pottery, Roman costume and sculpture, and Sicilian history. He is currently working on the publication of the Hellenistic and Roman plain pottery and the lamps found at Morgantina.

"This is a magisterial work, huge in its scope, exhaustively documented, and thoroughly authoritative. By virtue of its size and the manner of its excavation, with context carefully recorded, this body of ceramics is one of the most important excavated in Sicily for the period. The book will be tremendously useful for those excavating and studying the ceramics of Sicilian sites; I venture to predict that it will become a bible, much like the famous Agora XII of Brian Sparkes and Lucy Talcott. Because Morgantina imported a variety of wares, it will also become a source of dated comparanda for sites in other parts of the Mediterranean. This is a welcome addition to the library of works that present large and well-dated collections of Greek and Roman pottery."—Susan I. Rotroff, Washington University in St. Louis