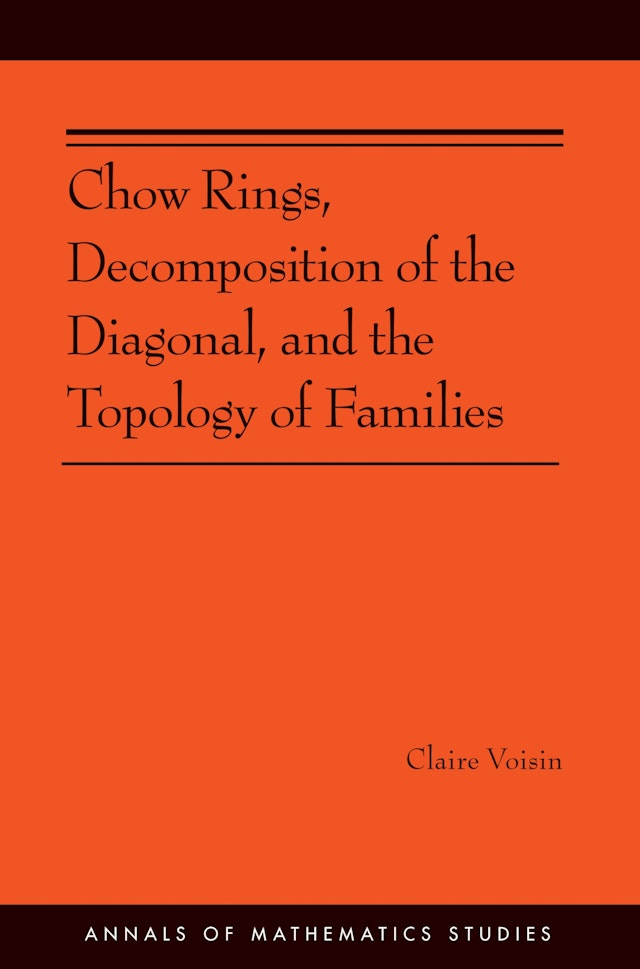 In this book, Claire Voisin provides an introduction to algebraic cycles on complex algebraic varieties, to the major conjectures relating them to cohomology, and even more precisely to Hodge structures on cohomology. The volume is intended for both students and researchers, and not only presents a survey of the geometric methods developed in the last thirty years to understand the famous Bloch-Beilinson conjectures, but also examines recent work by Voisin. The book focuses on two central objects: the diagonal of a variety—and the partial Bloch-Srinivas type decompositions it may have depending on the size of Chow groups—as well as its small diagonal, which is the right object to consider in order to understand the ring structure on Chow groups and cohomology. An exploration of a sampling of recent works by Voisin looks at the relation, conjectured in general by Bloch and Beilinson, between the coniveau of general complete intersections and their Chow groups and a very particular property satisfied by the Chow ring of K3 surfaces and conjecturally by hyper-Kähler manifolds. In particular, the book delves into arguments originating in Nori’s work that have been further developed by others.

Claire Voisin has been a senior researcher at France's National Center for Scientific Research since 1986.

"This dense, fascinating book by Voisin is a report of some of the exciting discoveries she has made in the quest of the secrets of algebraic cycles."—Alberto Collino, Zentralblatt MATH

"[An advanced] reader will find a rich collection of ideas as well as detailed machinery with which to attack difficult problems in the field. Any complex geometer interested in the interplay between algebraic cycles, Hodge theory and algebraic topology should have this book on his or her shelf."—C. A. M. Peters, Mathematical Reviews Clippings