The remarkable story of how today's brain scanning techniques were developed, told by one of the field's pioneers 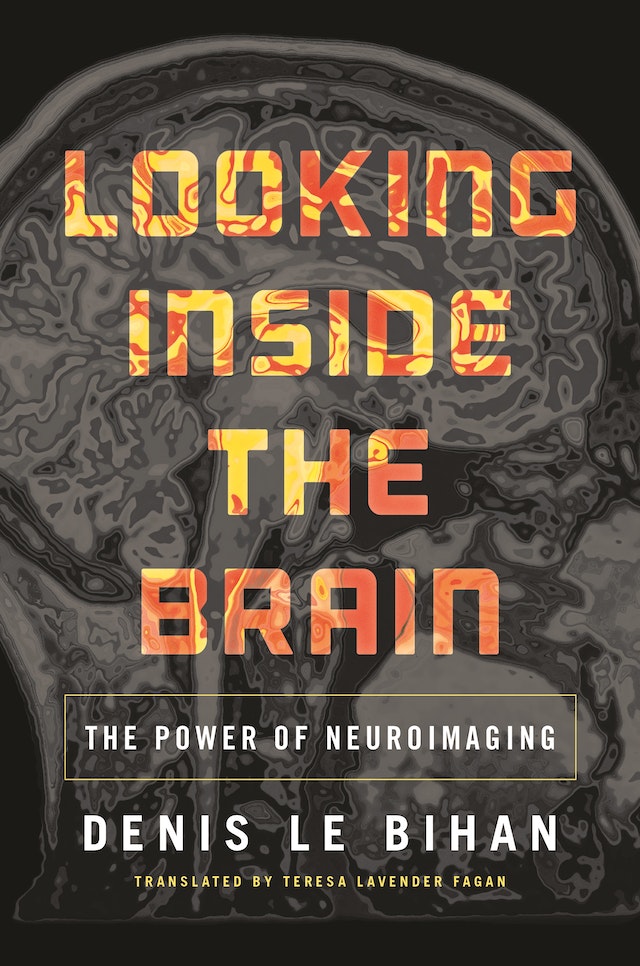 It is now possible to witness human brain activity while we are talking, reading, or thinking, thanks to revolutionary neuroimaging techniques like magnetic resonance imaging (MRI). These groundbreaking advances have opened infinite fields of investigation—into such areas as musical perception, brain development in utero, and faulty brain connections leading to psychiatric disorders—and have raised unprecedented ethical issues. In Looking Inside the Brain, one of the leading pioneers of the field, Denis Le Bihan, offers an engaging account of the sophisticated interdisciplinary research in physics, neuroscience, and medicine that have led to the remarkable neuroimaging methods that give us a detailed look into the human brain.

Introducing neurological anatomy and physiology, Le Bihan walks readers through the historical evolution of imaging technology—from the x-ray and CT scan to the PET scan and MRI—and he explains how neuroimaging uncovers afflictions like stroke or cancer and the workings of higher-order brain activities, such as language skills. Le Bihan also takes readers on a behind-the-scenes journey through NeuroSpin, his state-of-the-art neuroimaging laboratory, and goes over the cutting-edge scanning devices currently being developed. Considering what we see when we look at brain images, Le Bihan weighs what might be revealed about our thoughts and unconscious, and discusses how far this technology might go in the future.

Beautifully illustrated in color, Looking Inside the Brain presents the trailblazing story of the scanning techniques that provide keys to previously unimagined knowledge of our brains and our selves.

Denis Le Bihan is internationally recognized for his contributions to the development of imaging methods for the study of the human brain. He is the founding director of NeuroSpin, an institute of the French Atomic Energy Commission dedicated to ultra-high-field brain imaging. He won the 2012 Honda Prize, Japan's international award for science and technology, and the 2014 Louis-Jeantet Prize for Medicine.

"Who better to lead us into the technological wonderland of in vivo brain imaging than Denis Le Bihan, pioneer of diffusion magnetic resonance imaging (dMRI)? [A] densely factual narrative."—Barbara Kiser, Nature

"Le Bihan, an innovative scientist whose research has led to bold advancements in the field of neuroimaging, explains the historical evolution of imaging technology. . . . Le Bihan's book, which is packed with photographs and witty asides, is an accessible explanation of a complex, technological topic."—Library Journal

"[L]ooking Inside the Brain introduces readers to basic neuroanatomy and sets out to explain how neuroimaging has helped scientists better understand human emotion, cognitive faculties, and neurological illnesses, including cancer and psychiatric disorders. Interestingly, Le Bihan describes the functions of these technologies through a probing account of the water molecule, whose fascinating properties make these technologies work. Besides the historical accounts of these technologies, the real value of this work is the author's forward-looking predictions regarding the future of these technologies and their continued evolution."—Choice

"A major strength of the book is the lucid explication of concepts and methods involved, a real eye-opener for general readers. An additional strength is the nice, almost linear, historical exposition of the development and growth of the various brain imaging tools and methods, culminating in today's cutting-edge research in brain science and diagnostic imaging. The volume is filled with the author’s pervasive enthusiasm, himself a pioneer in the field, and his optimism. . . . Lucid, delightful reading."—Apostolos P. Georgopoulos, Quarterly Biology Reviews

"Written by the inventor of diffusion MRI, Looking Inside the Brain is a well-informed and accessible book that explores the major outcomes and breakthroughs of brain imaging."—Jean-Pierre Changeux, coauthor of The Good, the True, and the Beautiful and What Makes Us Think?

"Modern neuroscience provides daring insight into the incredibly complex organ that is the brain—insight based on vast volumes of data obtained by the most sophisticated technology. Le Bihan is uniquely qualified to tell the story of brain imaging, from both neurological and technical perspectives."—R. Nick Bryan, emeritus professor of radiology, University of Pennsylvania