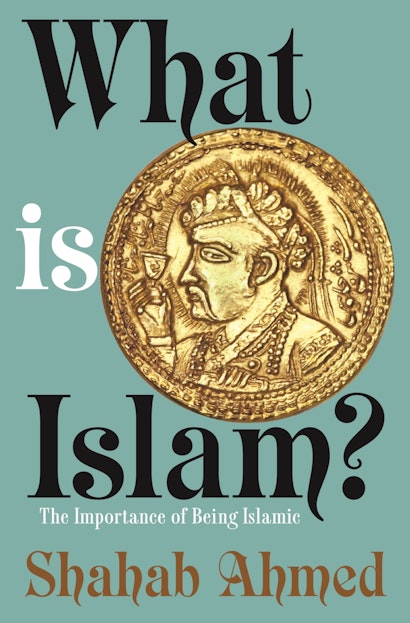 What is Islam? How do we grasp a human and historical phenomenon characterized by such variety and contradiction? What is “Islamic” about Islamic philosophy or Islamic art? Should we speak of Islam or of islams? Should we distinguish the Islamic (the religious) from the Islamicate (the cultural)? Or should we abandon “Islamic” altogether as an analytical term?

In What Is Islam?, Shahab Ahmed presents a bold new conceptualization of Islam that challenges dominant understandings grounded in the categories of “religion” and “culture” or those that privilege law and scripture. He argues that these modes of thinking obstruct us from understanding Islam, distorting it, diminishing it, and rendering it incoherent.

What Is Islam? formulates a new conceptual language for analyzing Islam. It presents a new paradigm of how Muslims have historically understood divine revelation—one that enables us to understand how and why Muslims through history have embraced values such as exploration, ambiguity, aestheticization, polyvalence, and relativism, as well as practices such as figural art, music, and even wine drinking as Islamic. It also puts forward a new understanding of the historical constitution of Islamic law and its relationship to philosophical ethics and political theory.

A book that is certain to provoke debate and significantly alter our understanding of Islam, What Is Islam? reveals how Muslims have historically conceived of and lived with Islam as norms and truths that are at once contradictory yet coherent.

Shahab Ahmed (1966-2015) was postdoctoral associate in the Aga Khan Program for Islamic Architecture at Harvard University. 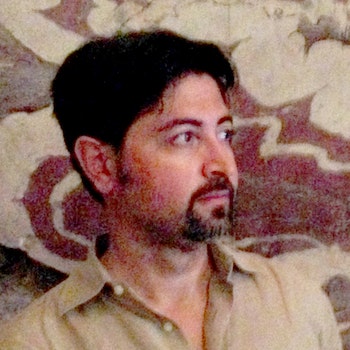 "Anyone interested in exploring the intricacies and complexities of Islam as a religion, philosophical system and social text should study the new book What Is Islam? . . . [A] perfect antidote to our present discourse."—Hussein Ibish, New York Times

"A fascinating, often difficult, but ultimately rewarding study. Embracing and indeed celebrating what is most creative and explorative in Islam, Ahmed is sick of people reducing the religion to nothing more than a mess of prohibitions and restrictions."—Thomas Small, Times Literary Supplement

"One can't but be impressed by the grandeur of Ahmed's vision."—Malise Ruthven, London Review of Books

"This is an enduring and timely work well worth the effort for those interested in discerning the essence of Islam beyond the seeming paradoxes of its own representations."—Publisher's Weekly

"A bold new conceptualisation of Islam that reflects its contradictions and rich diversity."—Bookseller Buyer's Guide

"[A] major new study … a strange and brilliant work, encyclopedic in vision and tautly argued in the manner of a logical proof, yet pervaded by the urgency of a political manifesto."—The Nation

"We can be grateful … that Ahmed managed to complete this extraordinary work. Scholars from east and west will be under his influence for years to come."—Sameer Rahim, , Prospect

"In this monumental work, the late Shahab Ahmed sought new answers to important questions: How does one understand what Islam is? How does one study it meaningfully? . . . This volume will be central to the study of Islam and of religion more broadly for the foreseeable future."—Choice

"If the task sounds monumental, Ahmed's staggering erudition and range has more than equipped him for the challenge. . . . To call the book ambitious is an understatement."—Alireza Doostdar, Shii Studies Review

"What Is Islam? is both a substantive critique of the field of Islamic studies and a radical reconceptualization of ‘Islam’/‘Islamic’ that seeks to account for the manifold and often mutually contradictory ways in which Muslims have understood, expressed, and enacted Islam. . . . A valiant first step towards an etic and panemic conceptualization of Islam, and must be further built upon to truly account for the mosaic that is the Muslim experience across space and time."—Khalil Andani, Islam and Christian Muslim Relations

"Ahmedʼs proposal, no matter its implications or overall meaning, is able to build intellectual bridges that open Islamic studies to the concerns and findings of the outside and as such allow for mutual enrichment."—Orientalist Literature

"This tome will one day be recognized as a classic text. – Damian Howard, Heythrop Journal"

"Ahmed brings a vast and impressive array of learning to his project, and What is Islam? is a milestone in efforts to theorize Islam in the modern academy."—Jon Hoover, Jerusalem Studies in Arabic and Islam

"Not merely field changing, but the boldest and best thing I have read in any field in years."—Noah Feldman, Felix Frankfurter Professor of Law, Harvard Law School

"This book seeks to offer nothing short of a new way of looking at Islam, and it succeeds admirably at so doing…. I know of no book on the question of how to approach Islam that comes close to this study in its learning, breadth, and sophistication. It should be read not only by students and scholars of Islam, but by all those interested in the broad questions about conceptualizing religion, culture, and history that it raises."—Muhammad Qasim Zaman, Princeton University

"Strikingly original, wide-ranging in its engagement, subtle in its interpretations, and hard-hitting in its conclusions, this book will certainly provoke debate for a number of years. Ahmed's assertions are provocative, his analysis is sharp, and his own solution is both strong and creative. The book lays out a new and capacious basis for thinking about an Islamic humanism. It reconstructs basic scholarly paradigms, ranges across all fields of the Islamic humanities—literature, history, philosophy, art, music, et cetera—and will create potentials for new streams of scholarship in all these fields."—Engseng Ho, Professor of Cultural Anthropology and Professor of History, Duke University

"Lucid and compelling, beautifully constructed and powerful, important and brave. What Shahab Ahmed has accomplished in this book is to create a postcolonial ontology of Islam, one that provincializes the Euro-American categories of analysis that up to now have been applied to Islam, both by Western scholars as well as by scholars from the Muslim world who have appropriated these categories."—Robert Wisnovsky, James McGill Professor of Islamic Philosophy, McGill University