A remarkable look at an understudied feature of the Iranian justice system, where forgiveness is as much a right of victims as retribution 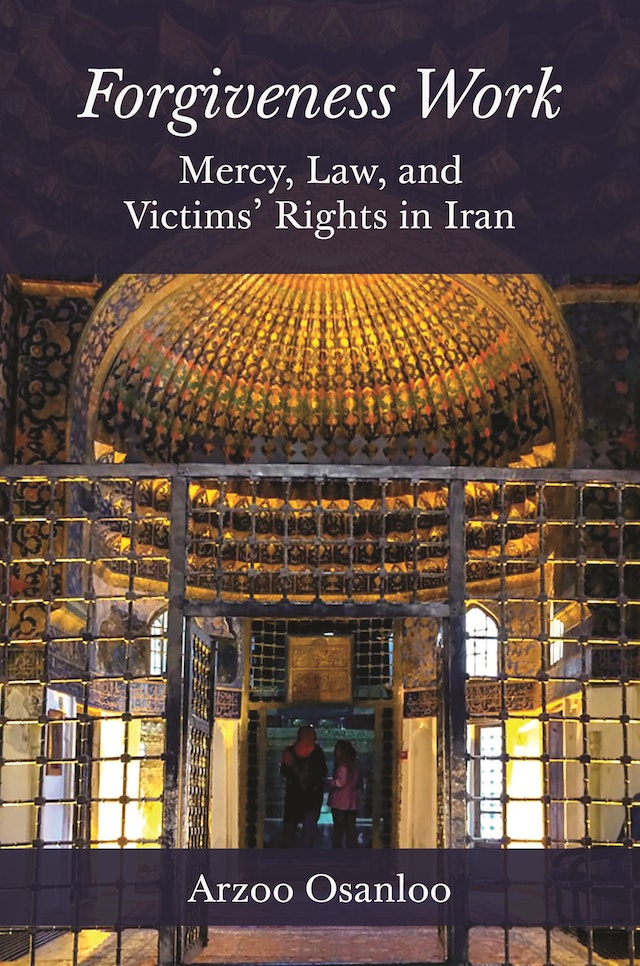 Iran’s criminal courts are notorious for meting out severe sentences—according to Amnesty International, the country has the world’s highest rate of capital punishment per capita. Less known to outside observers, however, is the Iranian criminal code’s recognition of forgiveness, where victims of violent crimes, or the families of murder victims, can request the state to forgo punishing the criminal. Forgiveness Work shows that in the Iranian justice system, forbearance is as much a right of victims as retribution. Drawing on extended interviews and first-hand observations of more than eighty murder trials, Arzoo Osanloo explores why some families of victims forgive perpetrators and how a wide array of individuals contribute to the fraught business of negotiating reconciliation.

Based on Qur’anic principles, Iran’s criminal codes encourage mercy and compel judicial officials to help parties reach a settlement. As no formal regulations exist to guide those involved, an informal cottage industry has grown around forgiveness advocacy. Interested parties—including attorneys, judges, social workers, the families of victims and perpetrators, and even performing artists—intervene in cases, drawing from such sources as scripture, ritual, and art to stir feelings of forgiveness. These actors forge new and sometimes conflicting strategies to secure forbearance, and some aim to reform social attitudes and laws on capital punishment.

Forgiveness Work examines how an Islamic victim-centered approach to justice sheds light on the conditions of mercy.

Arzoo Osanloo is associate professor in the Department of Law, Societies, and Justice and the director of the Middle East Center at the University of Washington. She is the author of The Politics of Women’s Rights in Iran (Princeton).

"The value of Arzoo Osanloo’s book lies in improving our understanding of the legal system and the nuances of Iranian criminal law. . . . [Osanloo] also makes us ask if we can learn from the Iranian experience, and if mercy and forgiveness could be applied elsewhere. The book is an invitation to grasp such notions and their functionality."—Usman Butt, Middle East Monitor

"Suppose someone close to you were murdered and you had the power to end the death penalty for the alleged killer. Or, suppose you had the power to withhold leniency, insuring the culprit’s execution if found guilty. What would guide your decision? This excellent and unique account of a contemporary system of criminal law explores how forgiveness can be achieved in any culture and what the state’s role in its encouragement should be."—Lawrence Rosen, author of Islam and the Rule of Justice

"Through a rich ethnography of the roles of mercy and retribution in the practice of law, this fascinating book shows how forgiveness emerged in the Iranian legal system, and how this developed from the moral codes of forbearance within Islam and Iranian culture. Forgiveness Work is essential reading for those who wish to better understand Iranian society, and the intersections of law, culture, and religion."—Sally Engle Merry, New York University

"Forgiveness Work provides a deep appreciation for notions of justice that Anglophones rarely get to hear about when thinking of Iran. It shows readers the moral basis of the judicial system, located not only in scripture and legal codes, but also in the deeply humanistic ethos of the criminal courts centered around forgiveness and mercy."—Michael M. J. Fischer, Massachusetts Institute of Technology