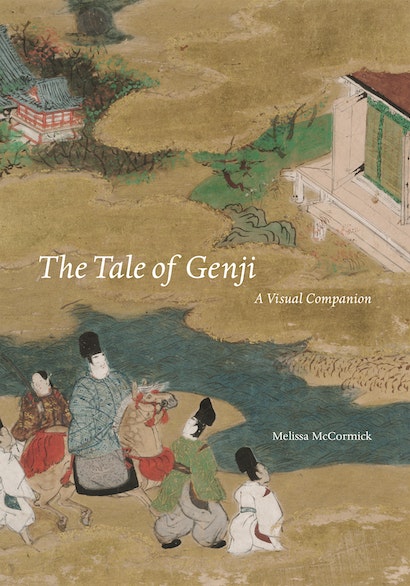 Written in the eleventh century by the Japanese noblewoman Murasaki Shikibu, The Tale of Genji is a masterpiece of prose and poetry that is widely considered the world’s first novel. Melissa McCormick provides a unique companion to Murasaki’s tale that combines discussions of all fifty-four of its chapters with paintings and calligraphy from the Genji Album (1510) in the Harvard Art Museums, the oldest dated set of Genji illustrations known to exist.

In this book, the album’s colorful painting and calligraphy leaves are fully reproduced for the first time, followed by McCormick’s insightful essays that analyze the Genji story and the album’s unique combinations of word and image. This stunning compendium also includes English translations and Japanese transcriptions of the album’s calligraphy, enabling a holistic experience of the work for readers today. In an introduction to the volume, McCormick tells the fascinating stories of the individuals who created the Genji Album in the sixteenth century, from the famous court painter who executed the paintings and the aristocrats who brushed the calligraphy to the work’s warrior patrons and the poet-scholars who acted as their intermediaries.

Beautifully illustrated, this book serves as an invaluable guide for readers interested in The Tale of Genji, Japanese literature, and the captivating visual world of Japan’s most celebrated work of fiction.

Melissa McCormick is Professor of Japanese Art and Culture and Harvard College Professor at Harvard University. She is the author of Tosa Mitsunobu and the Small Scroll in Medieval Japan. She lives in Cambridge, Massachusetts. 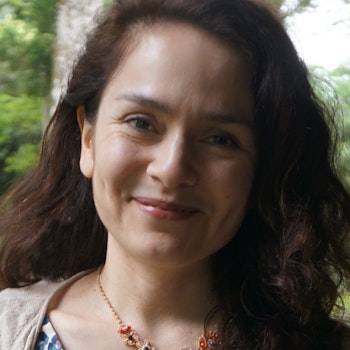 "[A] beautiful book. . . . An exquisite work of art in its own right. . . . [The Tale of Genji] is a fascinating way to immerse oneself not only in Genji’s world but also in the refined culture of 16th-century Japan, through both words and pictures."—Lesley Downer, Literary Review

"Written in the 11th century by the Japanese noblewoman Murasaki Shikibu, The Tale of Genji is a masterpiece of prose and poetry that is widely considered the world’s first novel. This stunning compendium combines discussions of all 54 of its chapters with paintings and calligraphy from the Genji Album (1510) in the Harvard Art Museums, the oldest dated set of Genji illustrations known to exist, here fully reproduced for the first time. English and Japanese transcriptions of the album’s calligraphy are included."—Publishers Weekly

"[Tale of Genji: A Visual Companion] serves equally well as a thorough introduction to a work of great literary and art-historical importance, and a deep dive into the book’s cultural and narrative subtleties for those who are already students of The Tale of Genji. . . . McCormick’s elucidation of the sprawling, dramatic, and beautiful Tale of Genji makes this book an educational experience for those of us without access to a Harvard survey course on the subject."—Hyperallergic

"McCormick here provides a condensed version of the novel ….[Her] commentary provides not only synopses of the corresponding chapters in the original novel, but also an interpretation of the album’s calligraphy, which often includes some symbolic meaning….McCormick also analyses the paintings, all of which are phenomenal works of art."—Claire Kohda Hazelton, Times Literary Supplement

“Almost from the moment of its creation in the eleventh century, Murasaki Shikibu’s Tale of Genji has inspired visual artists. Now Melissa McCormick has brought forth a compelling and beautiful edition of the Genji Album, the oldest complete suite of illustrations of this masterpiece of world literature. This is an achievement to be celebrated and savored by anyone who has ever been touched by Murasaki’s genius.”—Stephen Greenblatt, author of The Rise and Fall of Adam and Eve

“This is a remarkable presentation of the whole sweep of Genji in both text and image, one that will open up Murasaki’s tale to a wider audience than ever before, and still deeply satisfy specialists. McCormick’s exquisite book is beautifully written—a real pleasure to read.”—Andrew M. Watsky, Princeton University

“Reading McCormick’s book is as illuminating as it is pleasurable, not only on account of the insightful ways in which it illustrates the subtle relationships between word and image in the late medieval album that it focuses on, but also on account of its capacity for identifying new narrative symmetries and patterns within the seemingly endless possibilities afforded by the original Tale of Genji.”—Gustav Heldt, translator of The Kojiki: An Account of Ancient Matters, author of The Pursuit of Harmony: Poetry and Power in Early Heian Japan