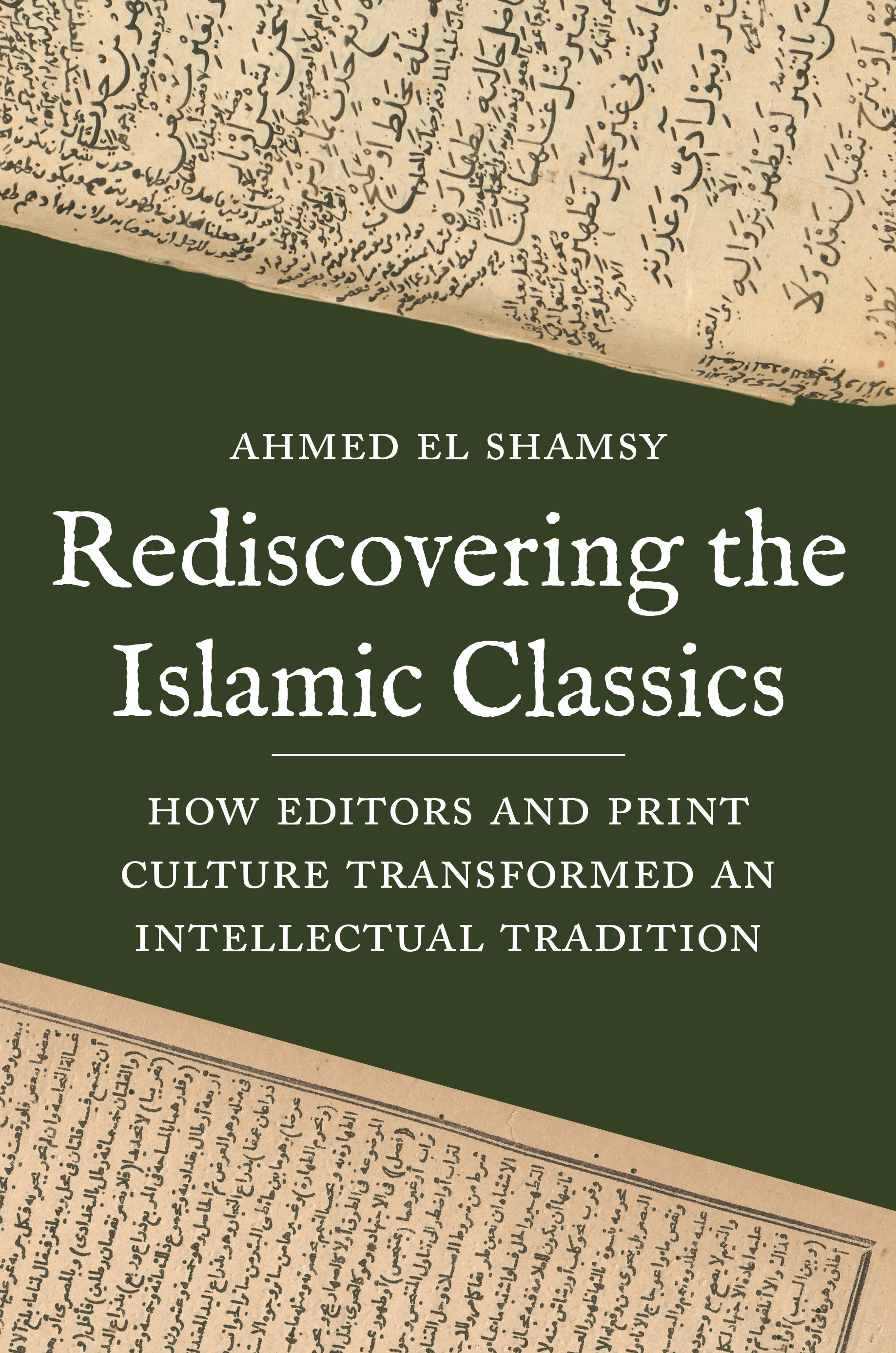 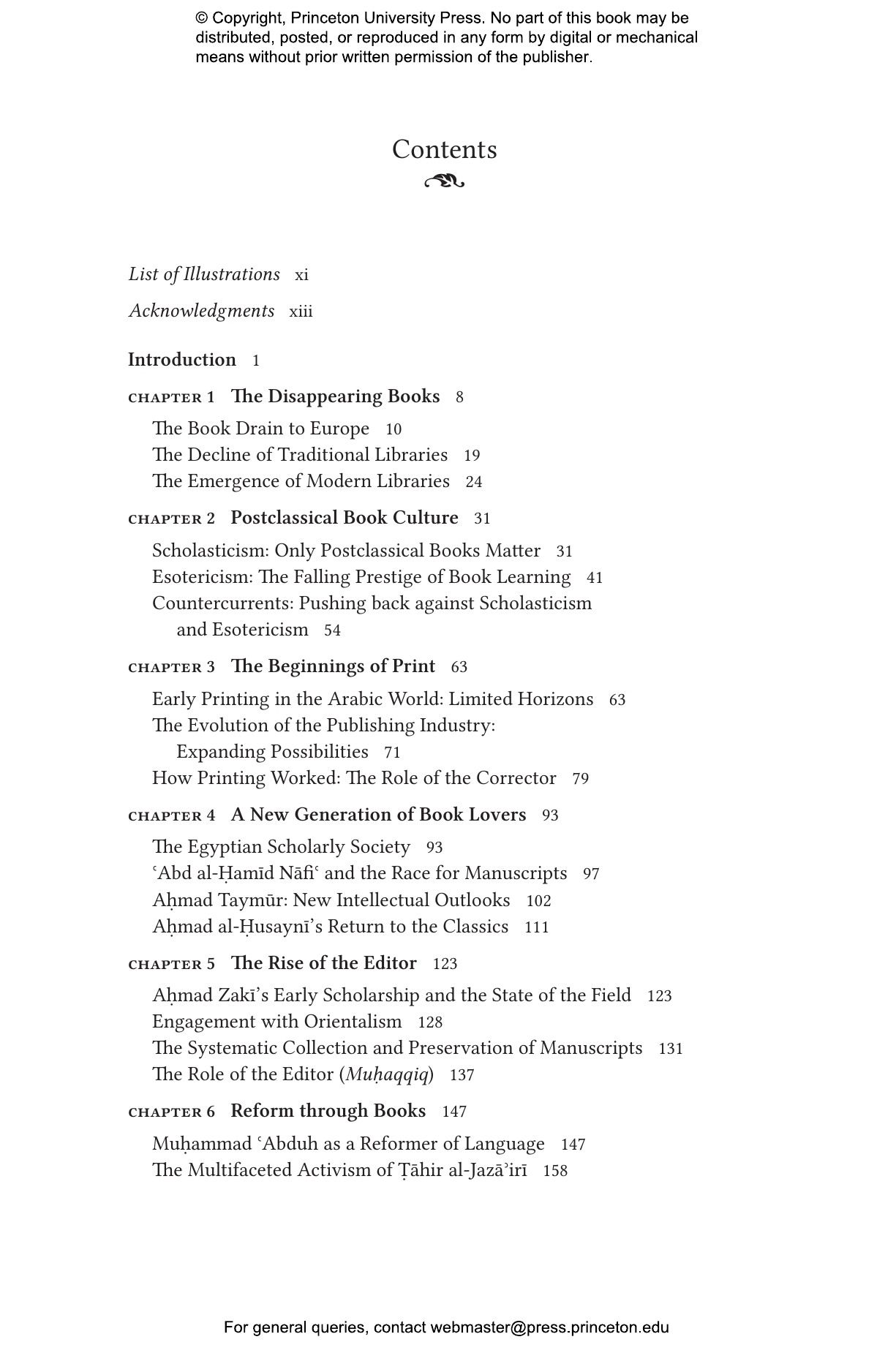 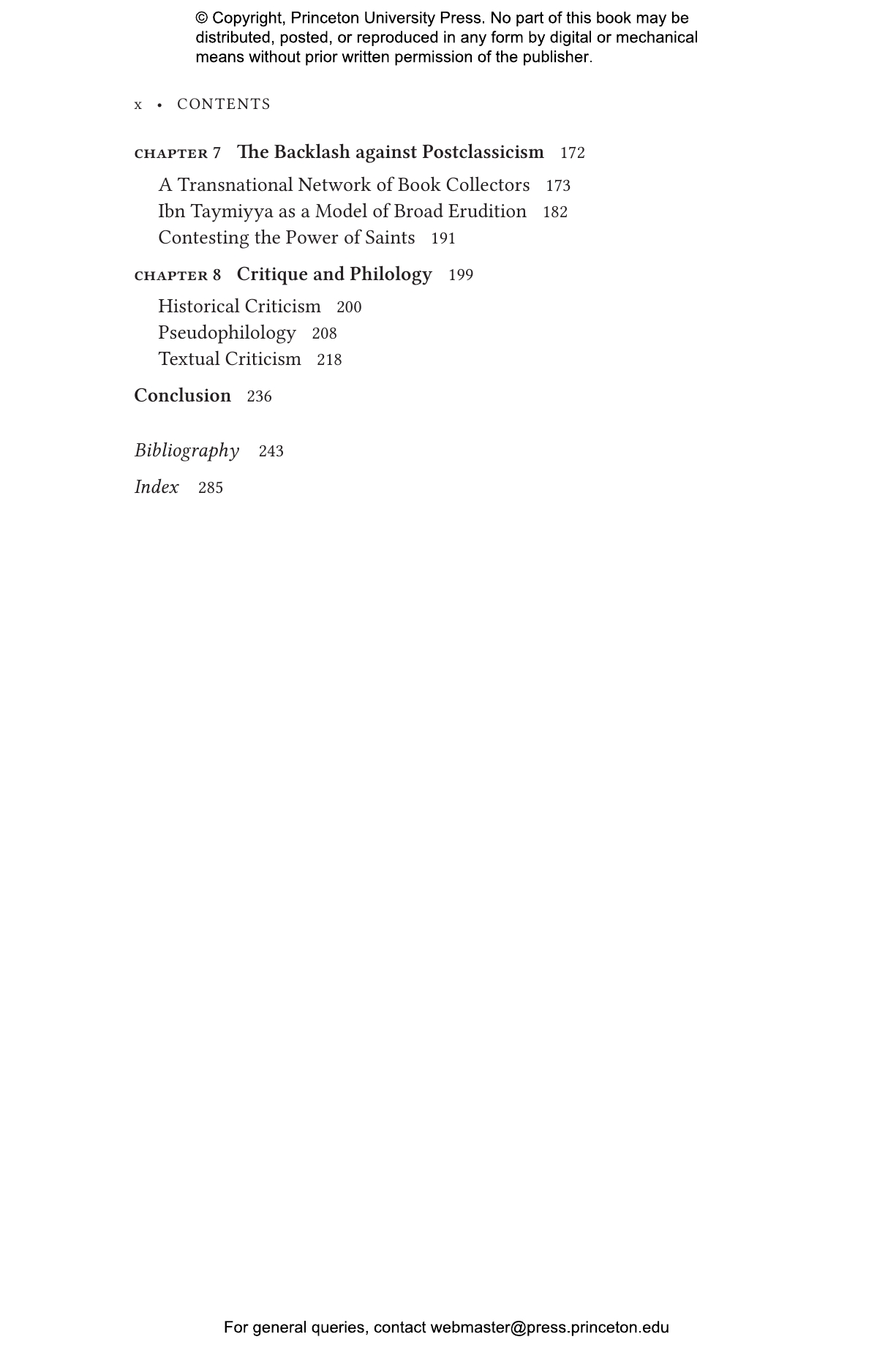 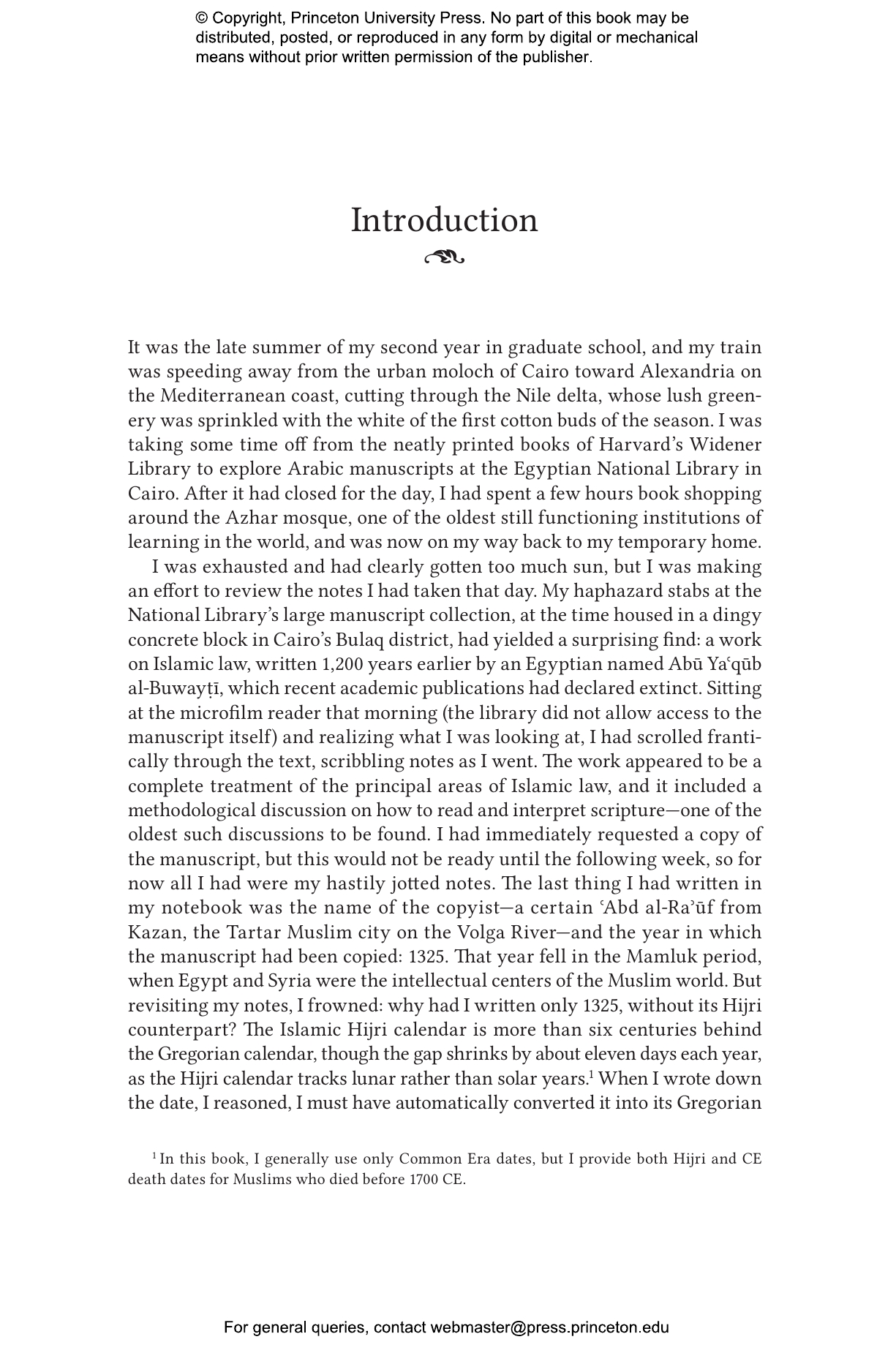 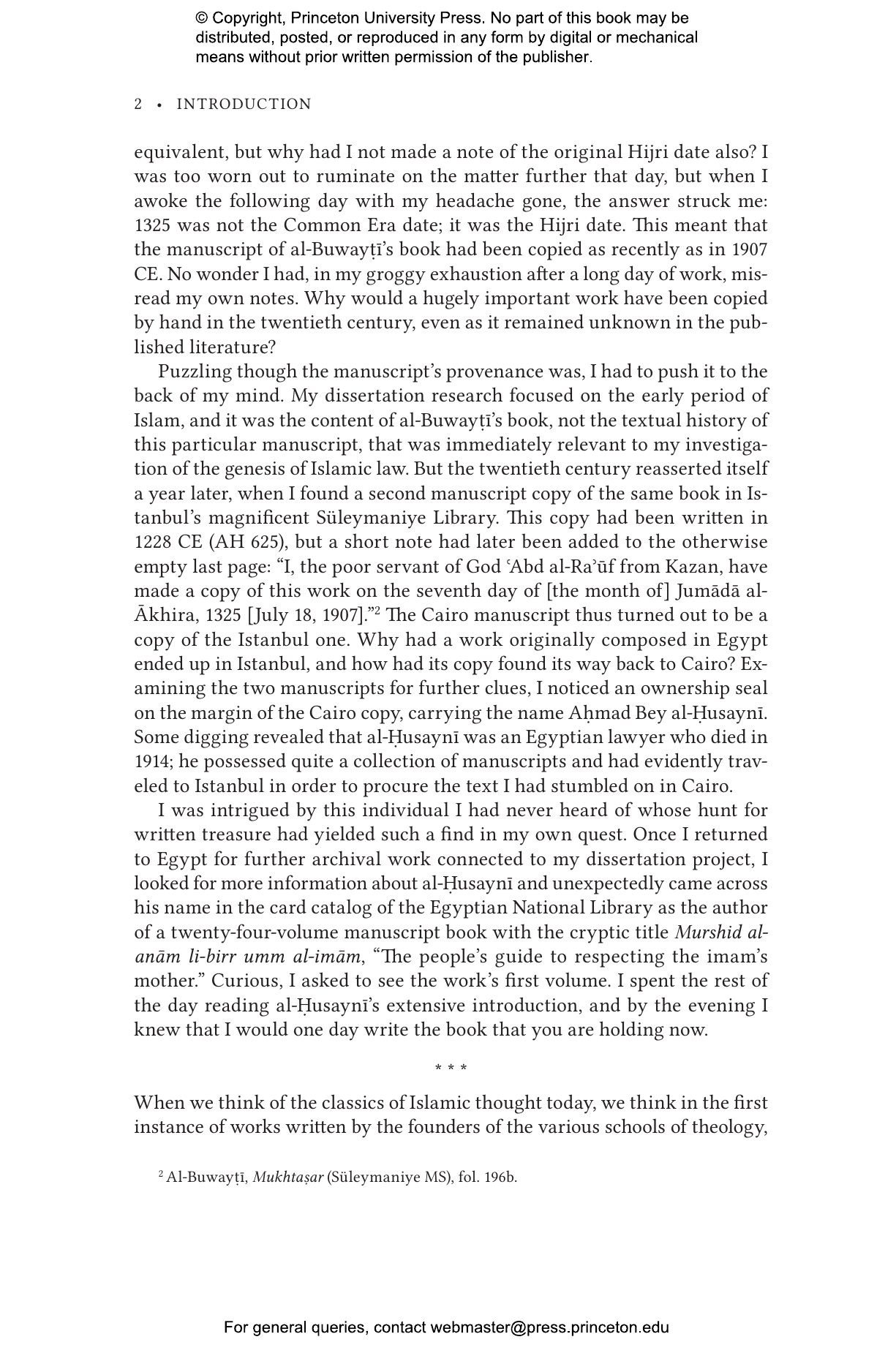 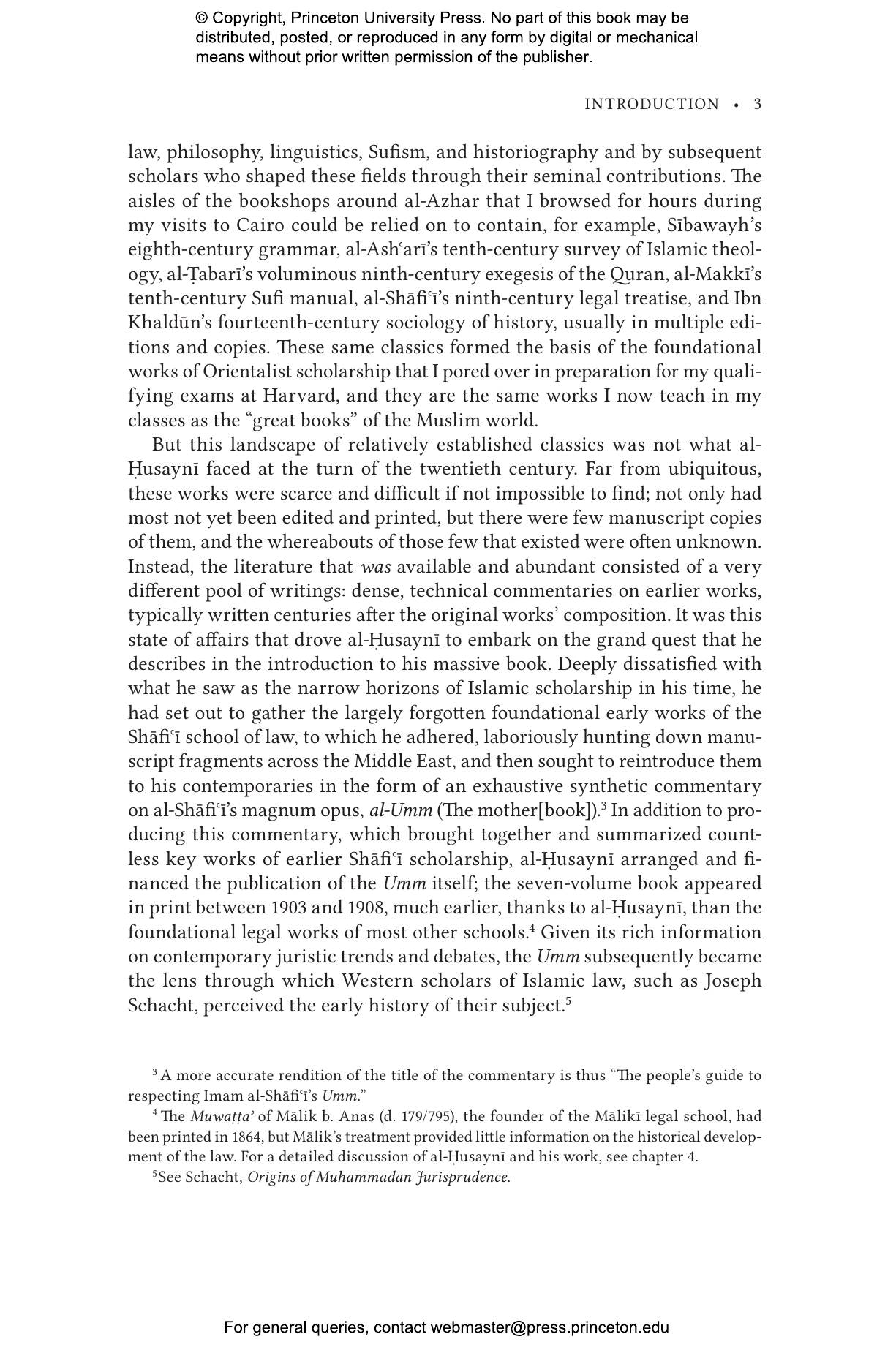 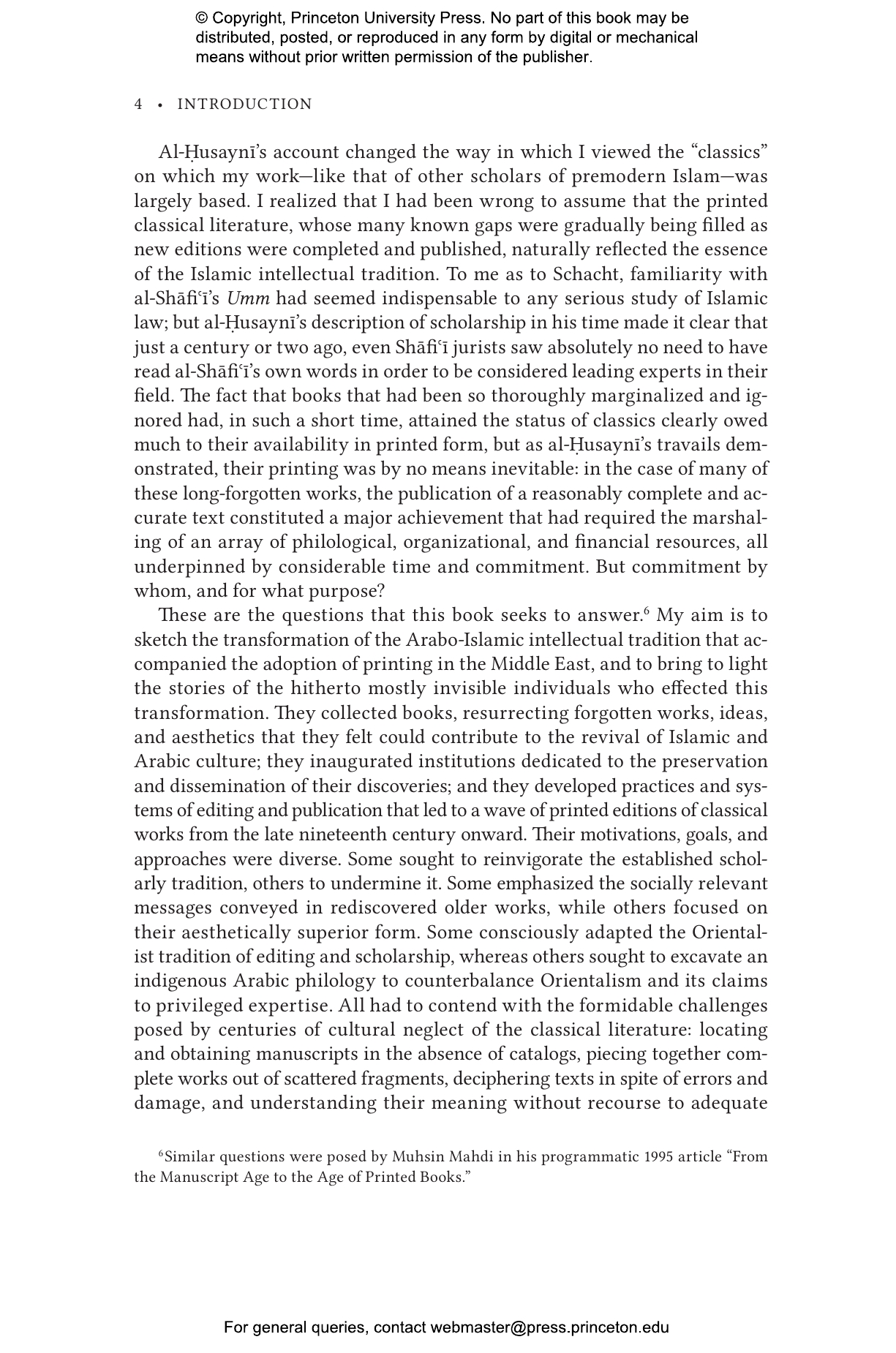 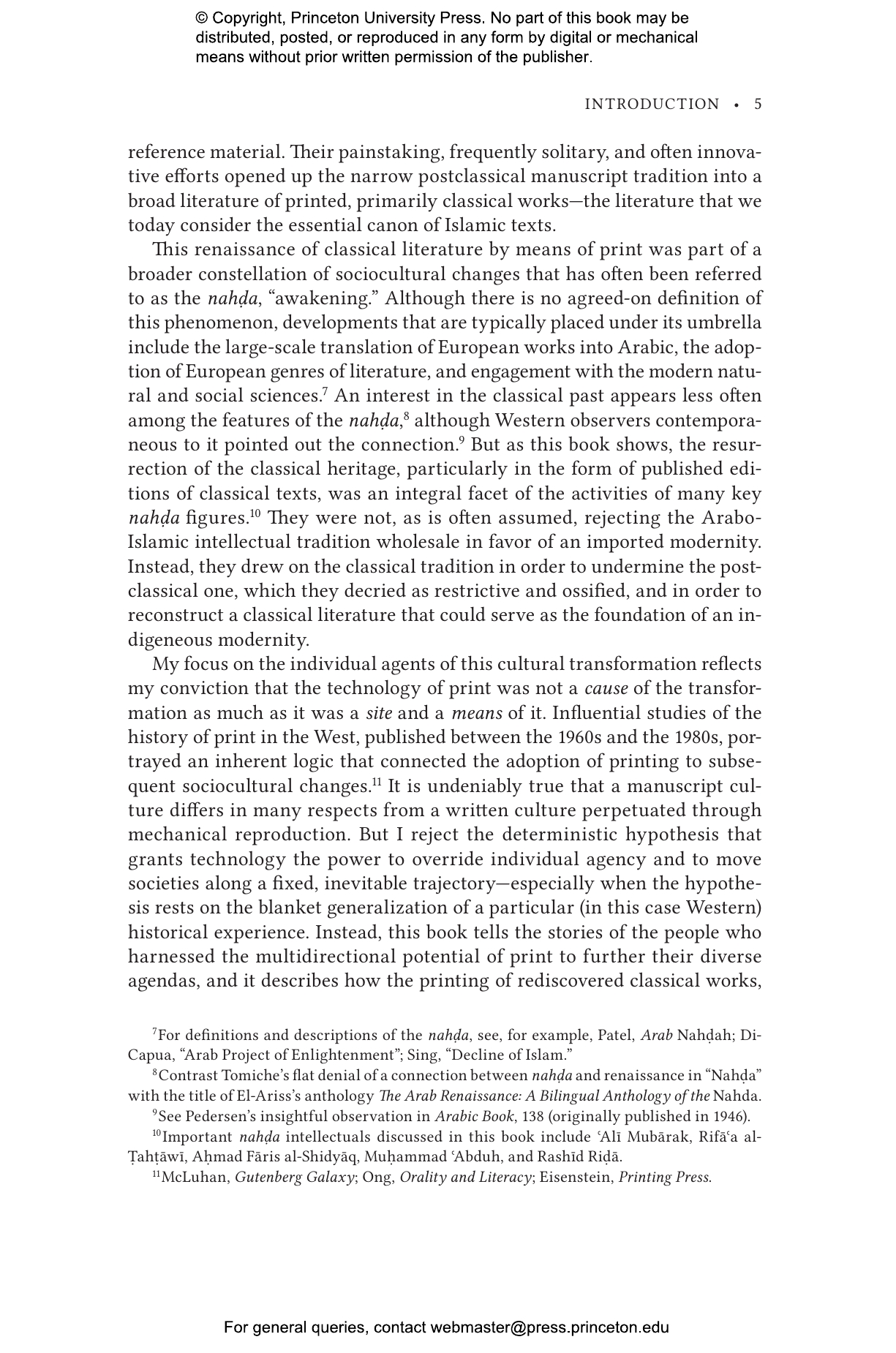 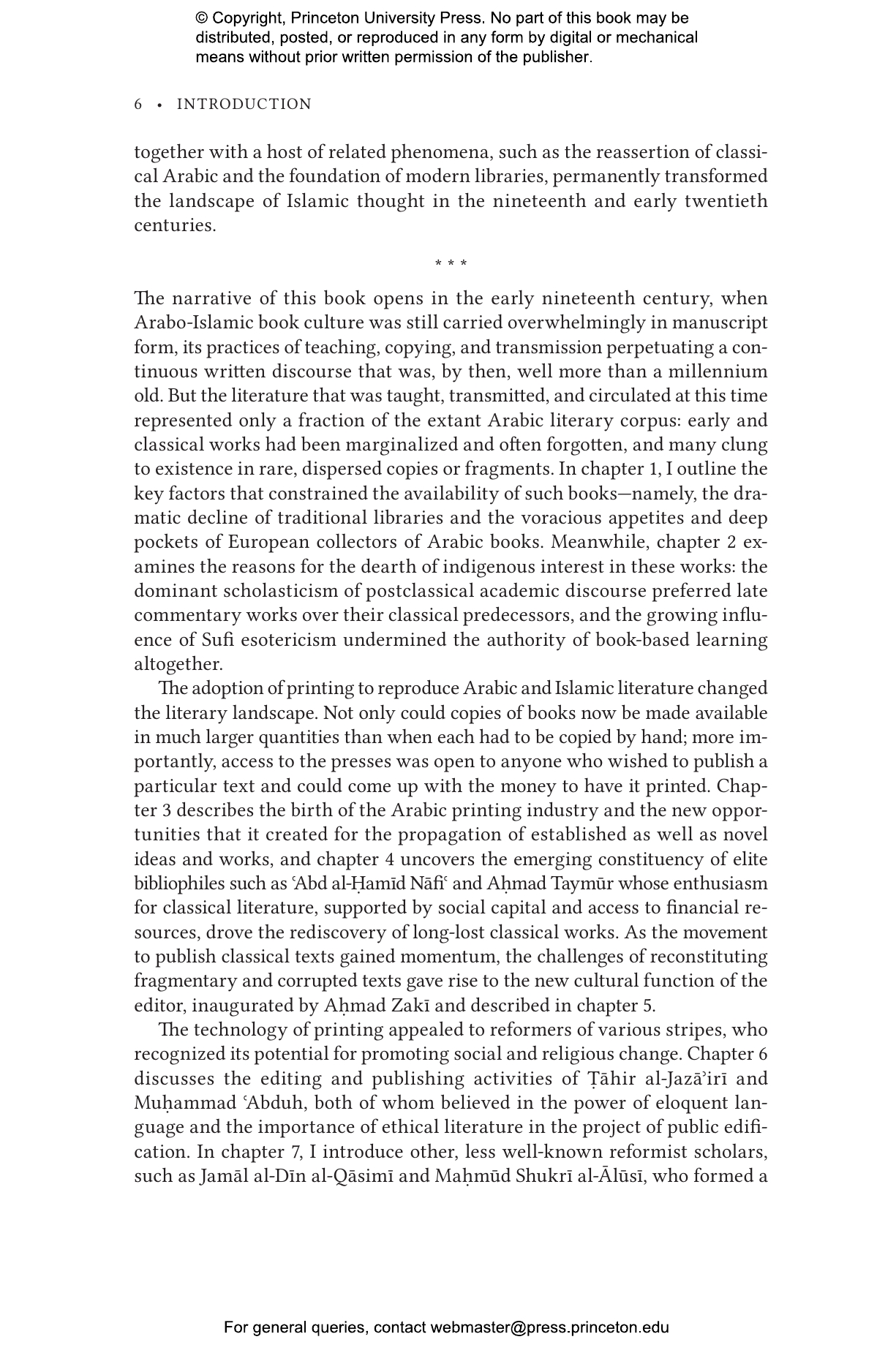 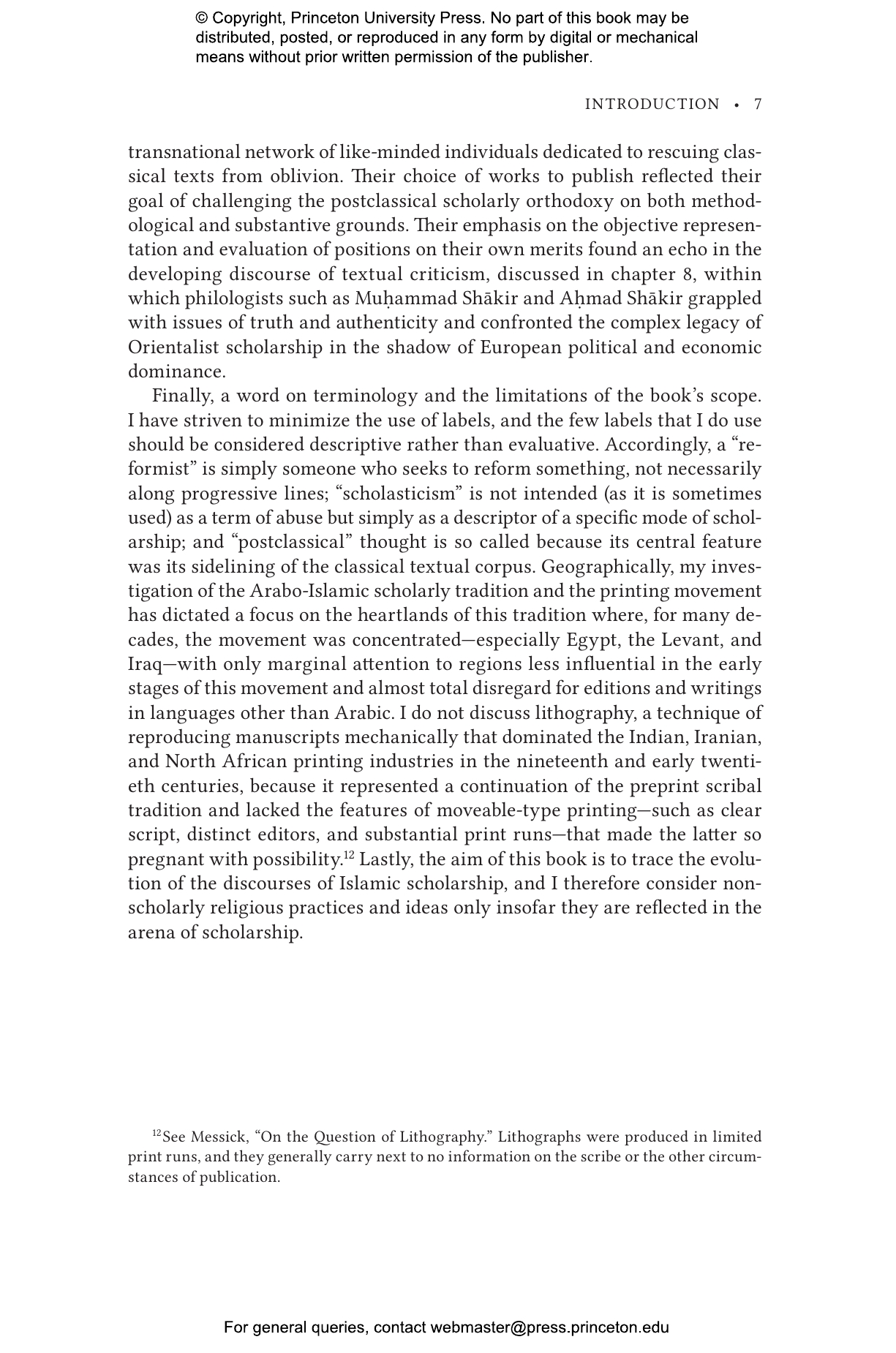 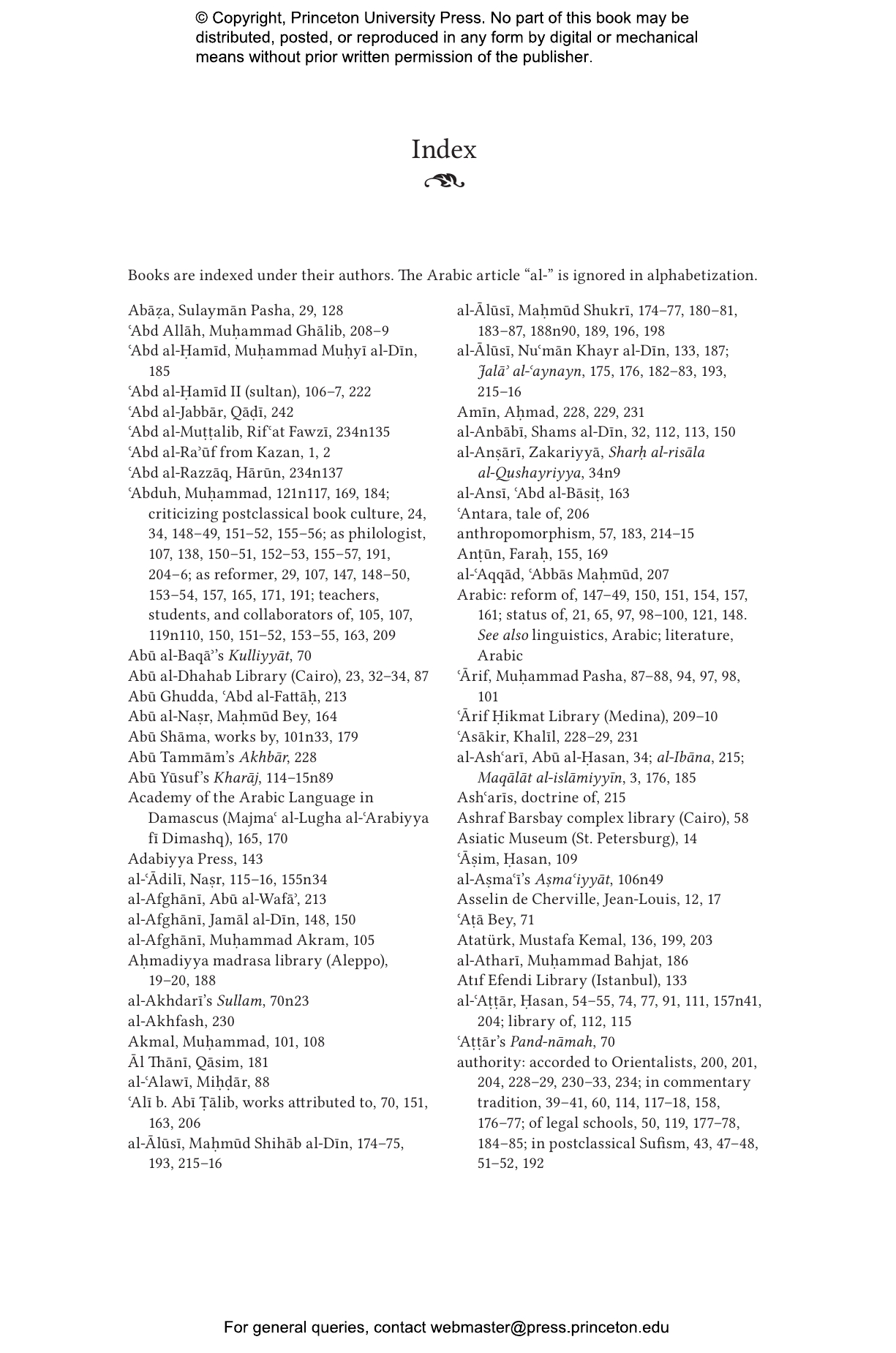 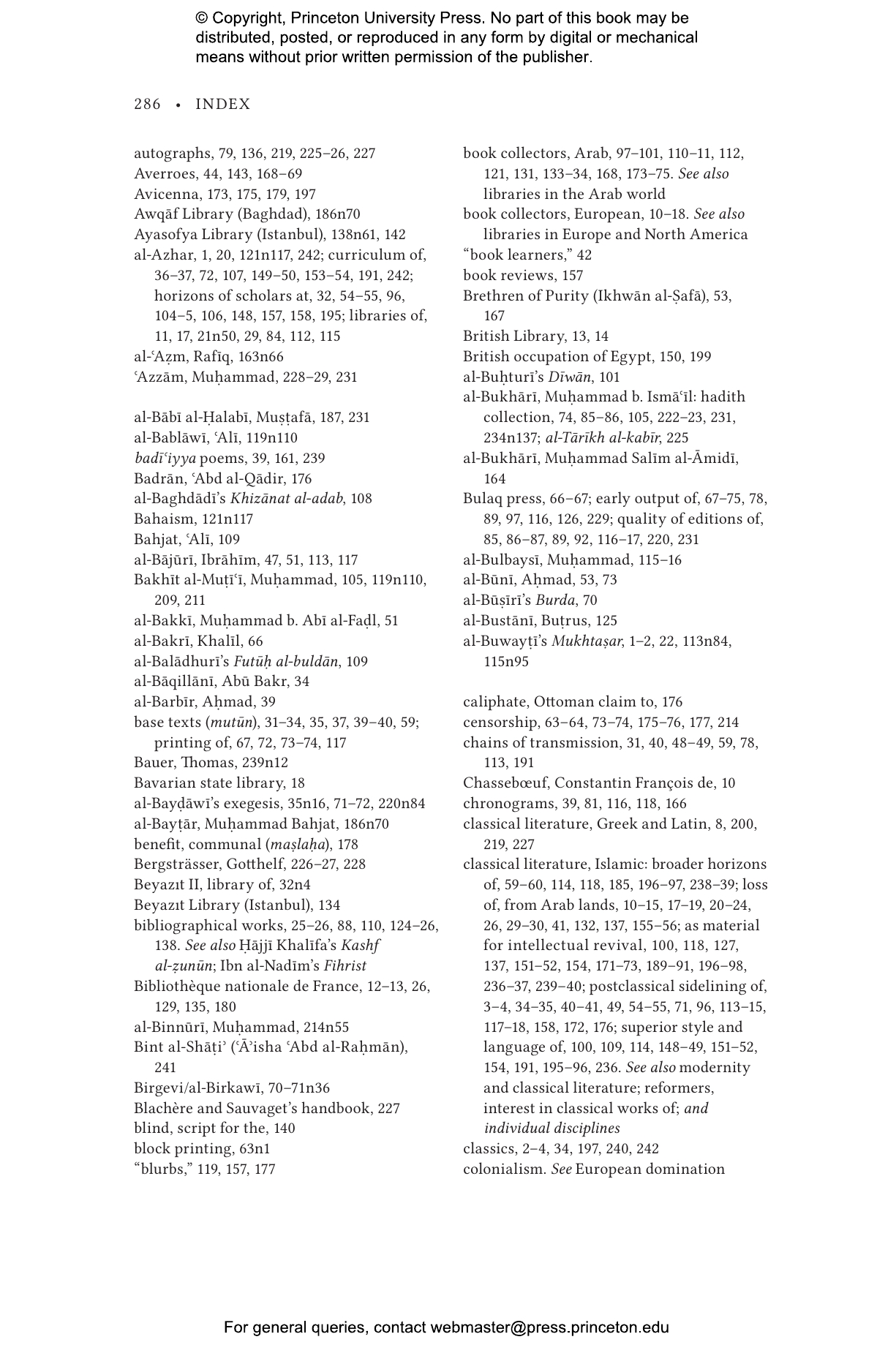 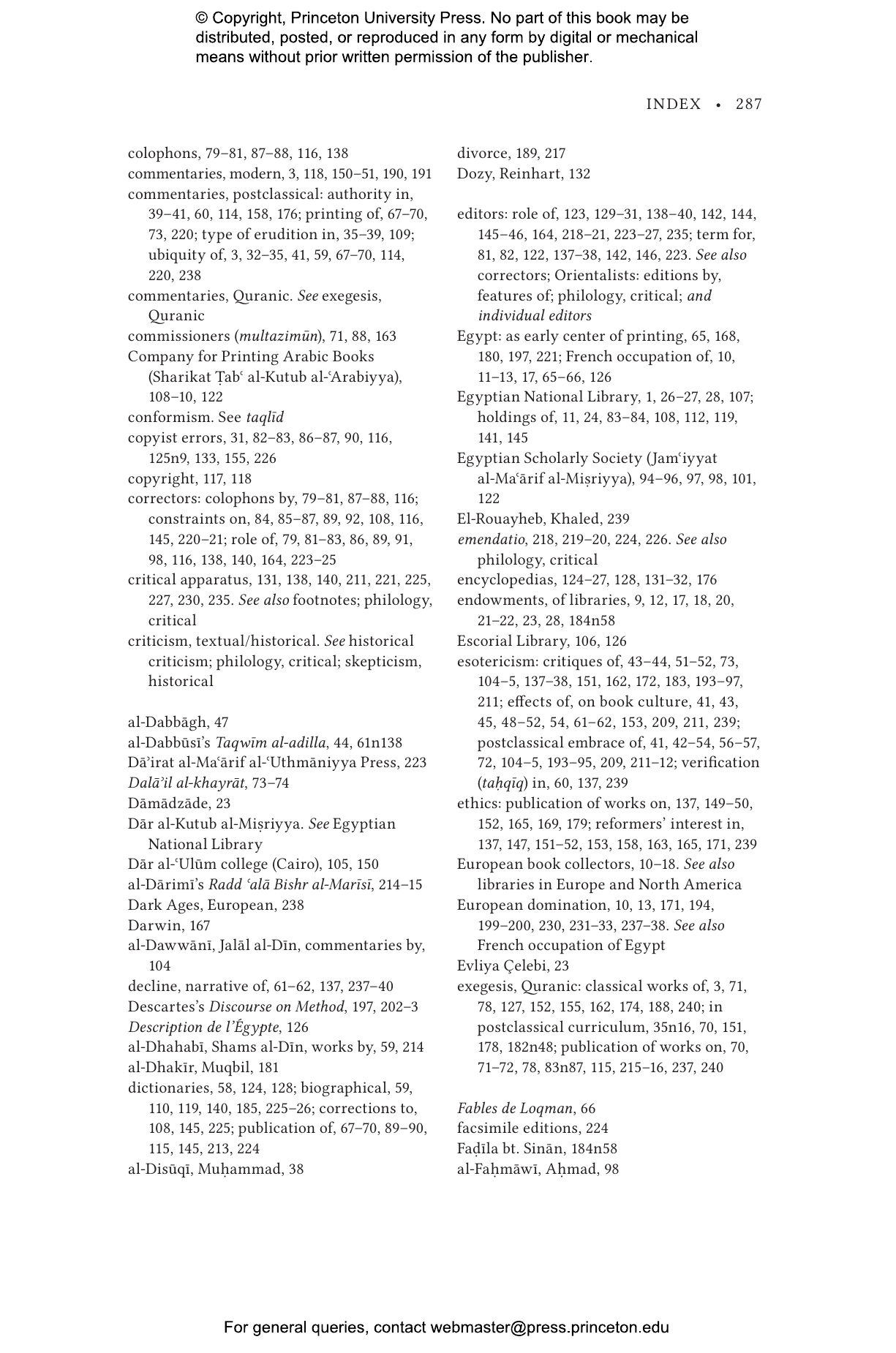 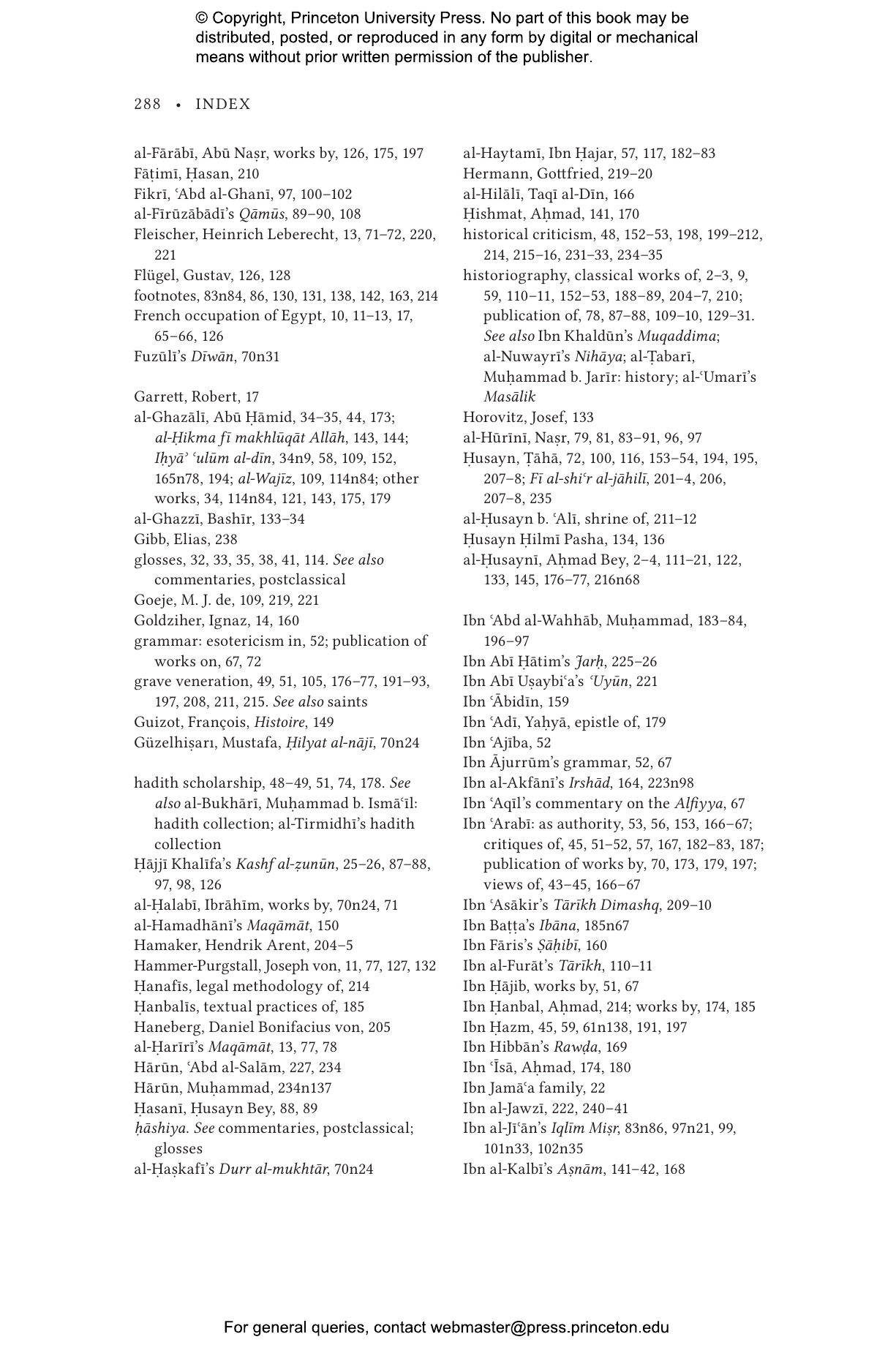 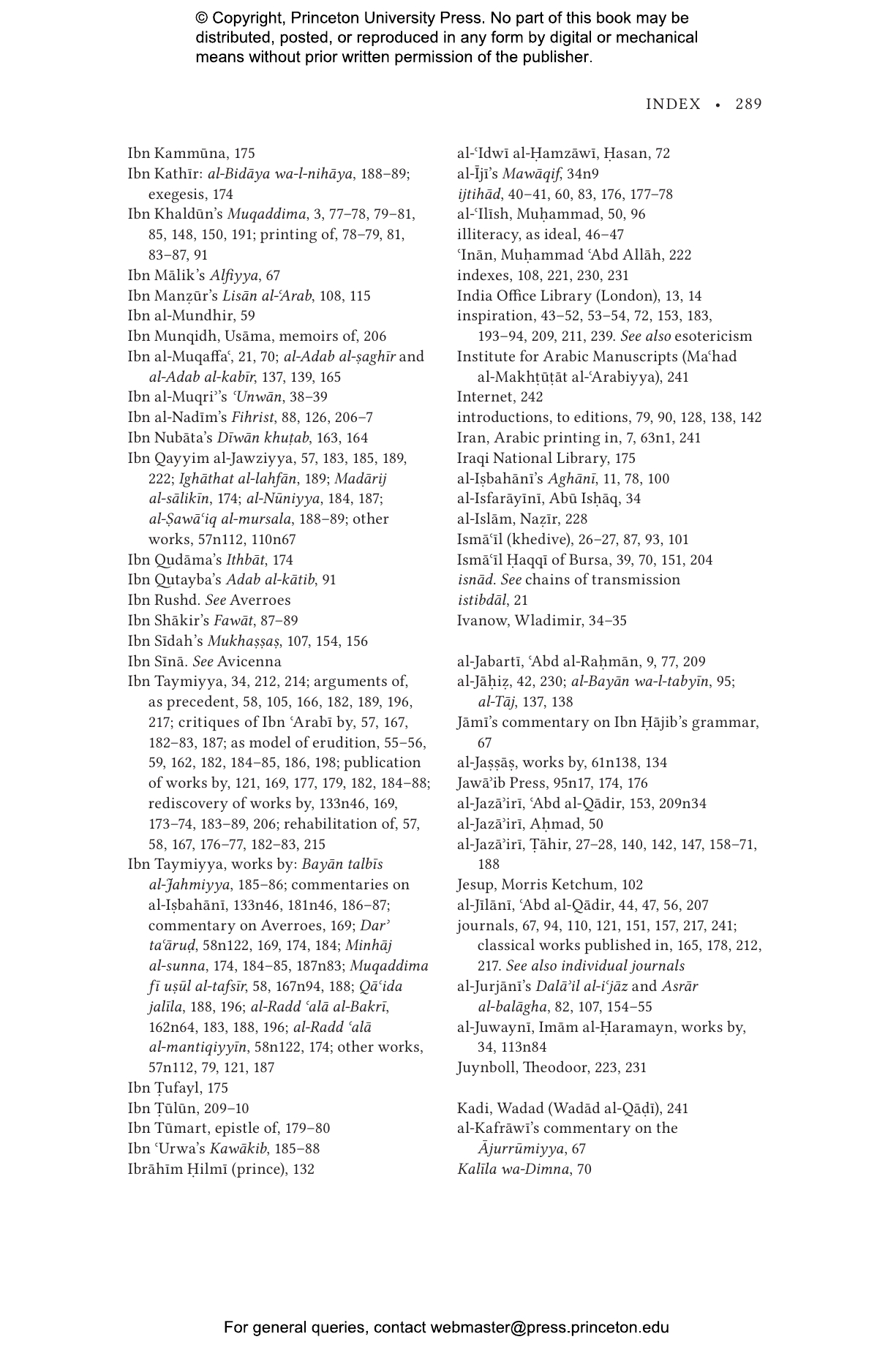 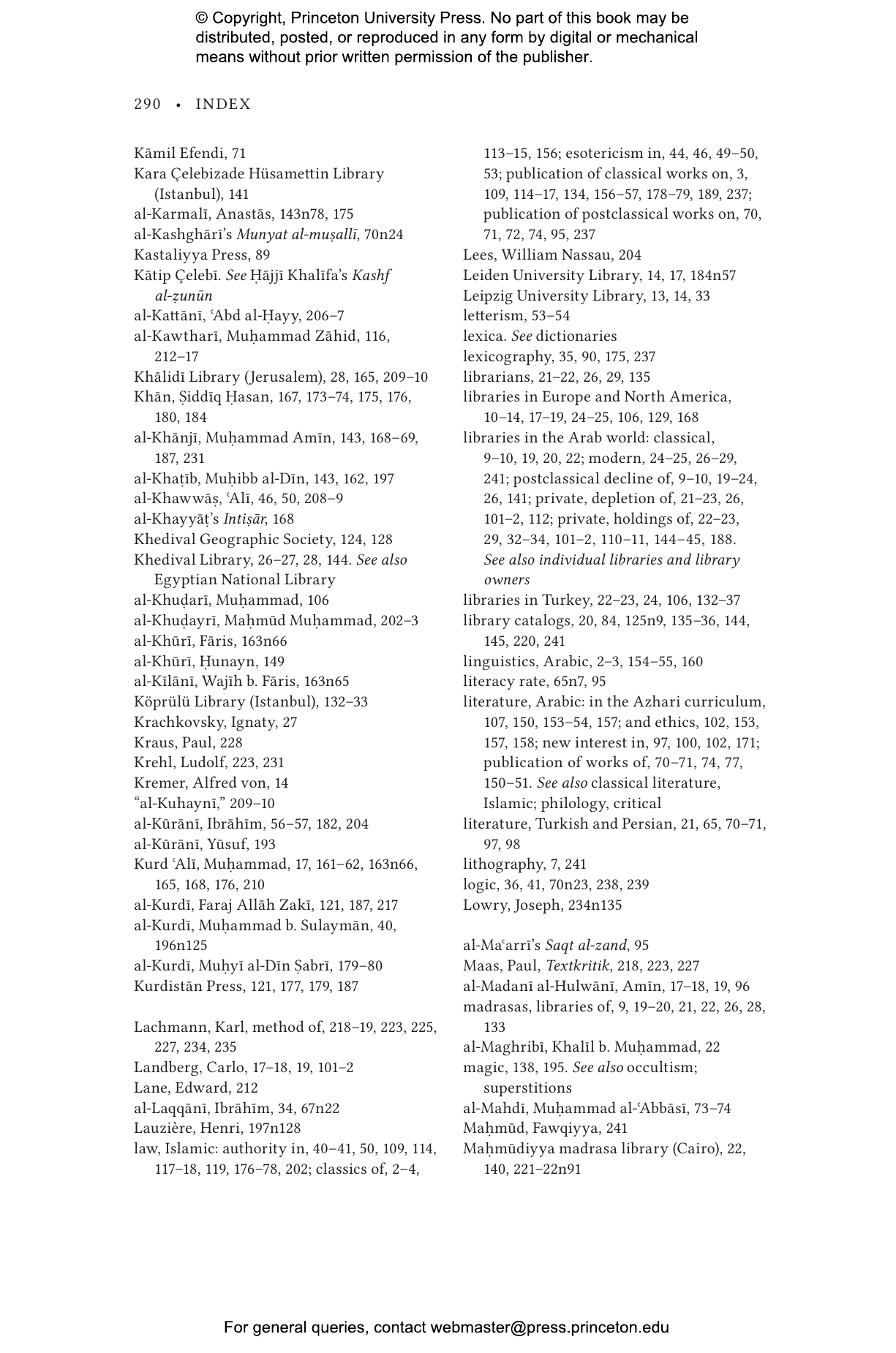 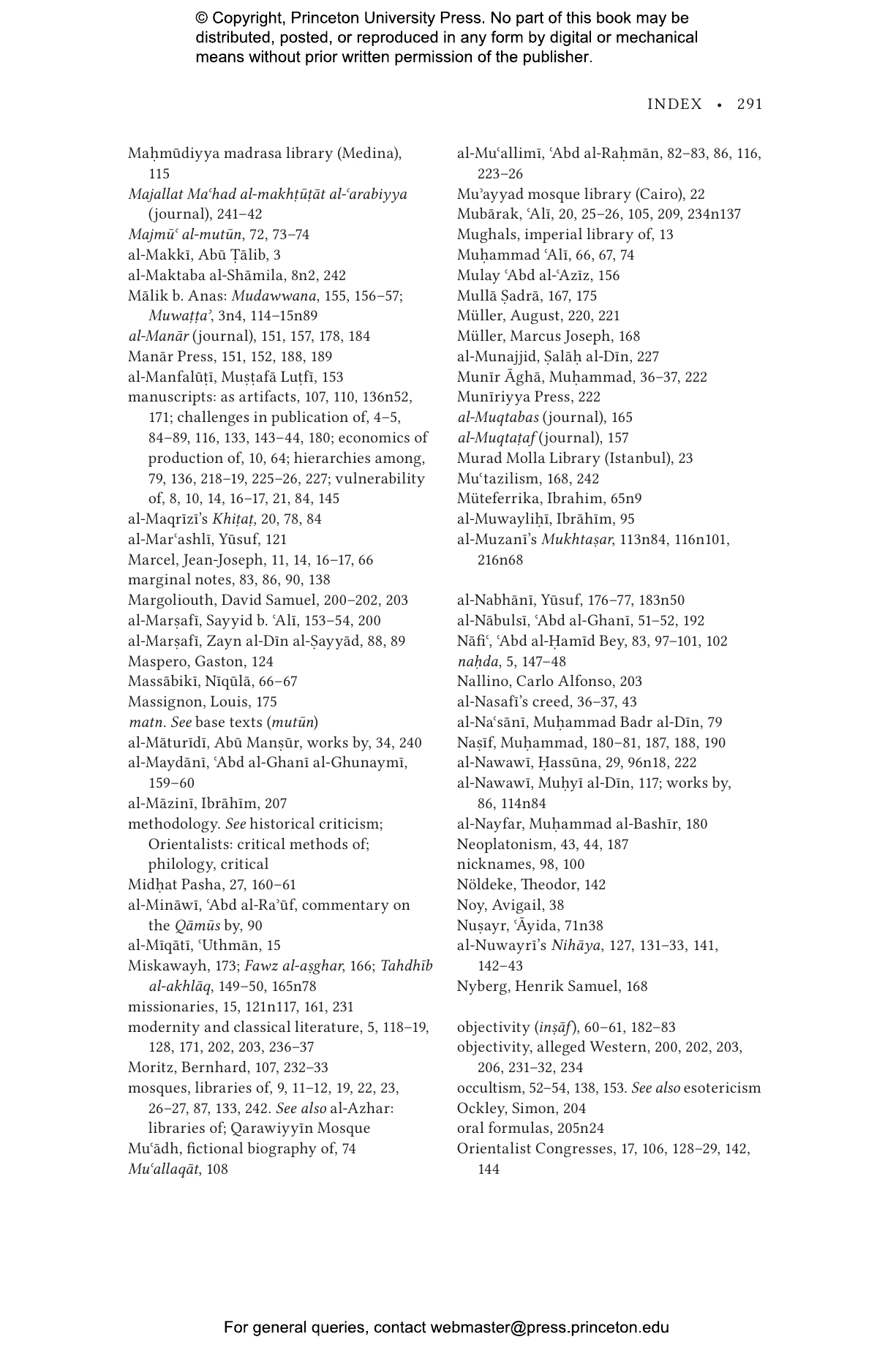 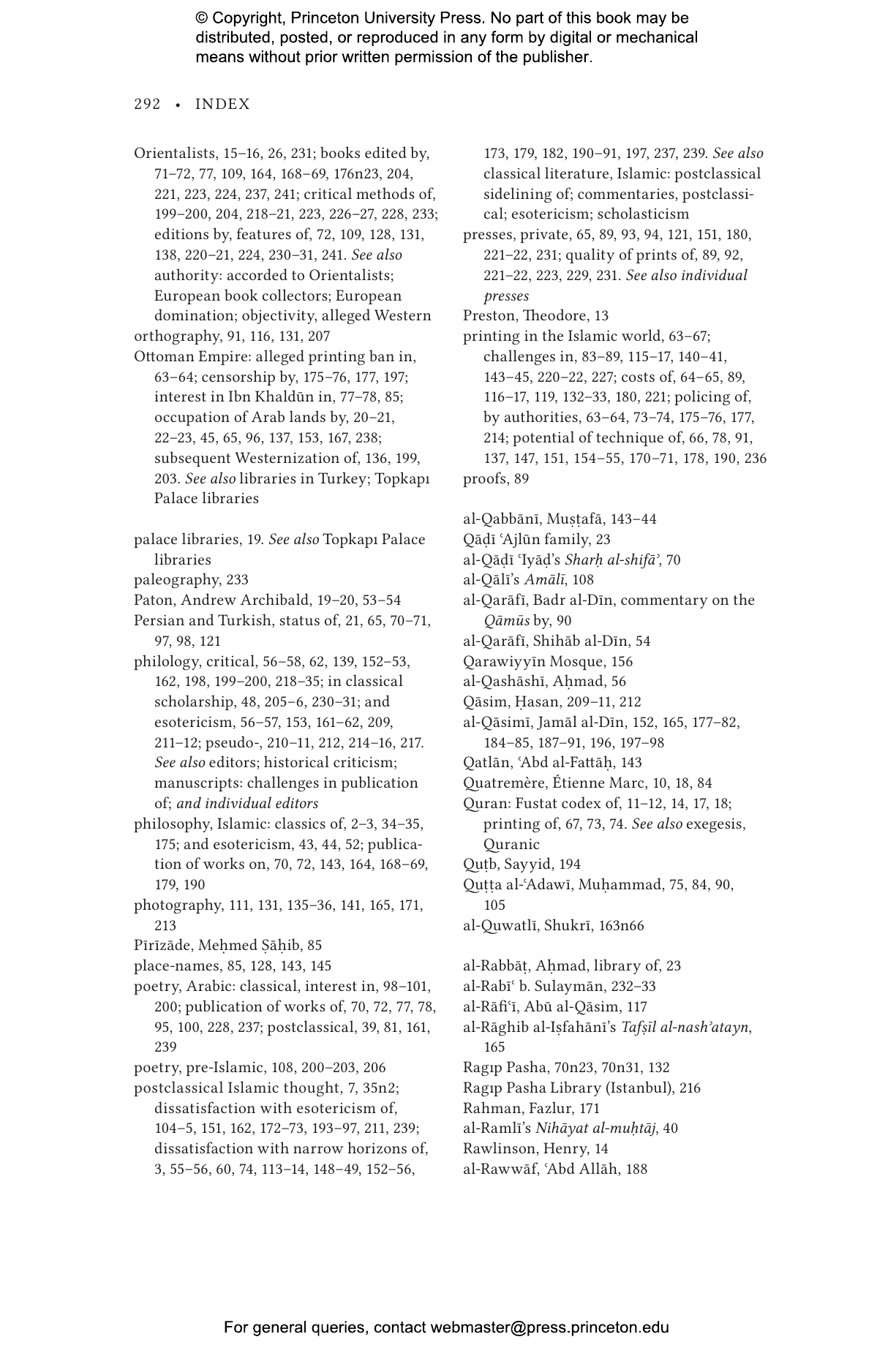 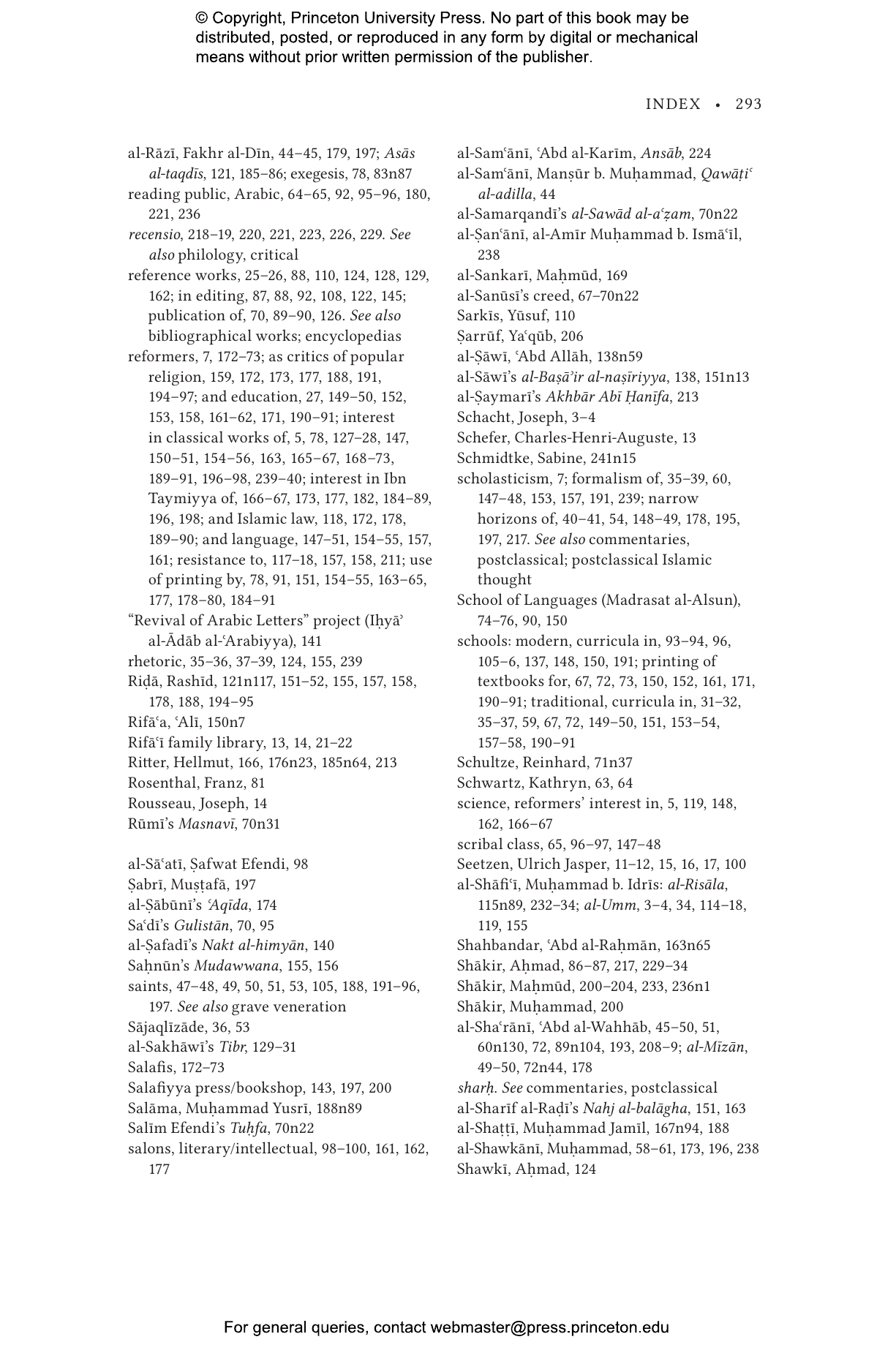 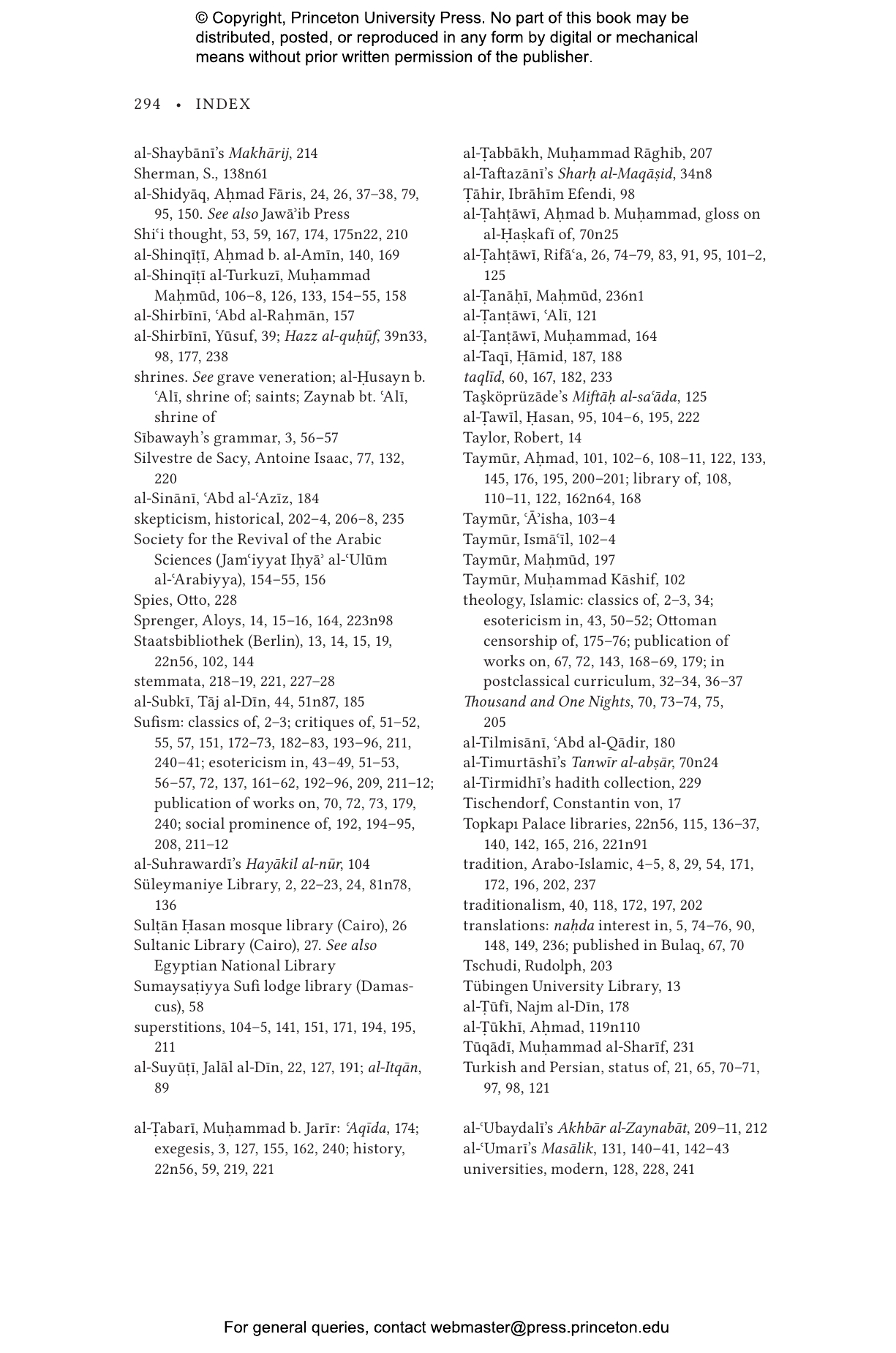 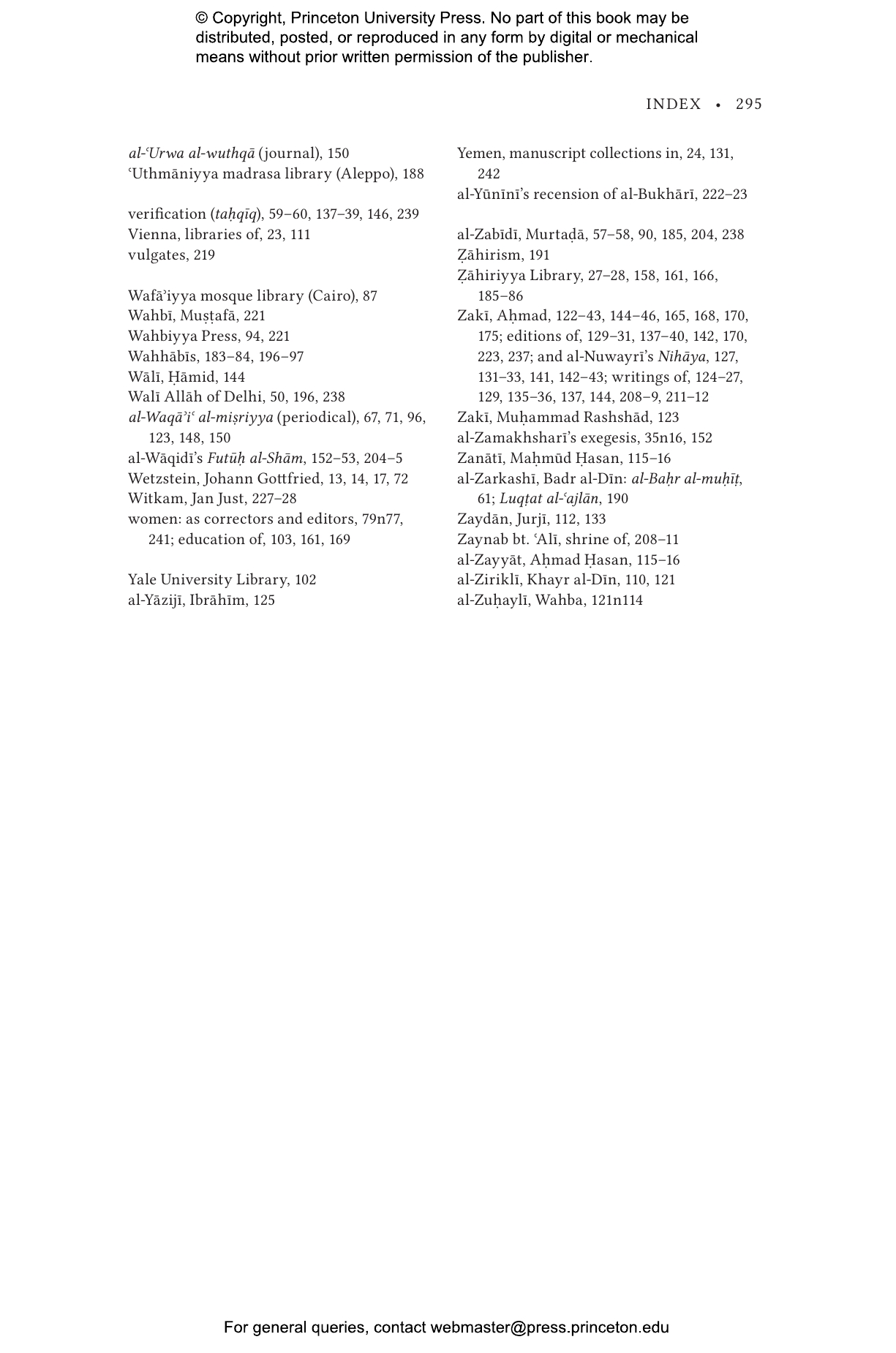 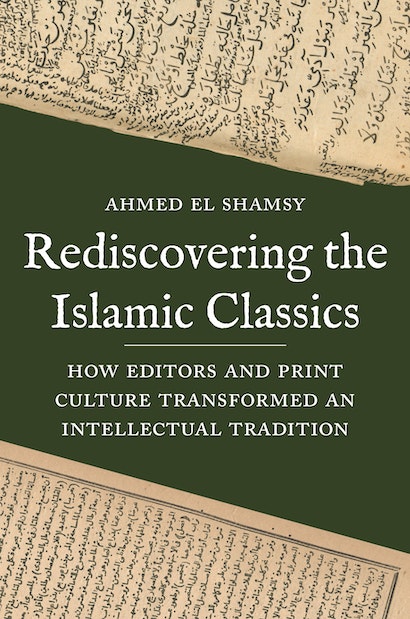 Islamic book culture dates back to late antiquity, when Muslim scholars began to write down their doctrines on parchment, papyrus, and paper and then to compose increasingly elaborate analyses of, and commentaries on, these ideas. Movable type was adopted in the Middle East only in the early nineteenth century, and it wasn’t until the second half of the century that the first works of classical Islamic religious scholarship were printed there. But from that moment on, Ahmed El Shamsy reveals, the technology of print transformed Islamic scholarship and Arabic literature.

In the first wide-ranging account of the effects of print and the publishing industry on Islamic scholarship, El Shamsy tells the fascinating story of how a small group of editors and intellectuals brought forgotten works of Islamic literature into print and defined what became the classical canon of Islamic thought. Through the lens of the literary culture of nineteenth- and twentieth-century Arab cities—especially Cairo, a hot spot of the nascent publishing business—he explores the contributions of these individuals, who included some of the most important thinkers of the time. Through their efforts to find and publish classical literature, El Shamsy shows, many nearly lost works were recovered, disseminated, and harnessed for agendas of linguistic, ethical, and religious reform.

Bringing to light the agents and events of the Islamic print revolution, Rediscovering the Islamic Classics is an absorbing examination of the central role printing and its advocates played in the intellectual history of the modern Arab world.

Ahmed El Shamsy is associate professor of Islamic thought at the University of Chicago and the author of The Canonization of Islamic Law: A Social and Intellectual History. 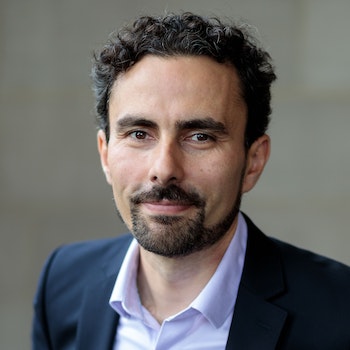 "Rediscovering the Islamic Classics . . . contains fascinating insights, which anyone with even a vague interest in Islam’s intellectual history will enjoy."—Usman Butt, Middle East Monitor

"Rediscovering the Islamic Classics is one of the most important books that have been published in Islamic studies in recent years. It skillfully and convincingly tells the story of how the printing press transformed access to 'Islamic classics' in the nineteenth and first third of the twentieth centuries; and in doing so, it fundamentally reshapes our perspective on virtually any field of Islamic scholarship."—Johanna Pink, Die Welt des Islams

"Not only a story of how Islamic classics were rediscovered, but also a story that invites us to rethink these Islamic classics and the canonizing forces (read: real people) that have shaped them and continue to do so. This story had to be told, and El Shamsy has done so in a most lucid yet entertaining way. . . . I can only recommend everyone to expose him- or herself to it."—Kristof D'hulster, Global Literary Theory

"The transition from manuscript to print in the Arabo-Islamic world of the nineteenth and early twentieth century and its implications for intellectual history is a topic that has barely been explored up until now. El Shamsy's fine piece of scholarship transforms this field entirely, setting a new benchmark for any future study of Islamic intellectual history during the modern period."—Sabine Schmidtke, Institute for Advanced Study, Princeton

"A revelatory study about the invisible class of editors, book collectors, librarians, and publishers who brought the vast manuscript legacy of the Islamic world into print. Elegantly written, and groundbreaking in its conclusions, El Shamsy's work brings to light the fascinating journeys that many medieval texts took en route to becoming modern classics."—Elias Muhanna, Brown University

"This is simply a marvelous book."—Frank Griffel, Yale University

"A brilliant and captivating book."—Walid Saleh, University of Toronto