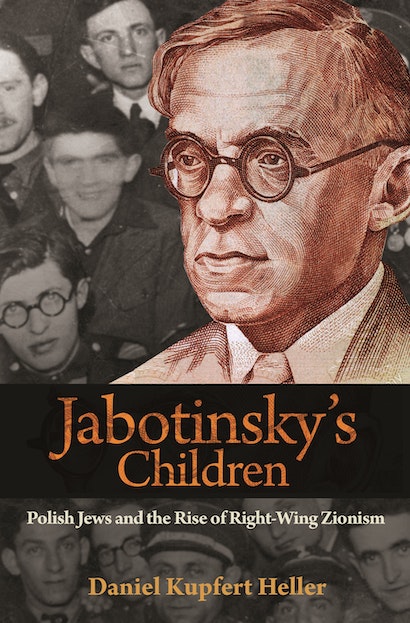 By the late 1930s, as many as fifty thousand Polish Jews belonged to Betar, a youth movement known for its support of Vladimir Jabotinsky, the founder of right-wing Zionism. Poland was not only home to Jabotinsky’s largest following. The country also served as an inspiration and incubator for the development of right-wing Zionist ideas. Jabotinsky’s Children draws on a wealth of rare archival material to uncover how the young people in Betar were instrumental in shaping right-wing Zionist attitudes about the roles that authoritarianism and military force could play in the quest to build and maintain a Jewish state.

Recovering the voices of ordinary Betar members through their letters, diaries, and autobiographies, Jabotinsky’s Children paints a vivid portrait of young Polish Jews and their turbulent lives on the eve of the Holocaust. Rather than define Jabotinsky as a firebrand fascist or steadfast democrat, the book instead reveals how he deliberately delivered multiple and contradictory messages to his young followers, leaving it to them to interpret him as they saw fit. Tracing Betar’s surprising relationship with interwar Poland’s authoritarian government, Jabotinsky’s Children overturns popular misconceptions about Polish-Jewish relations between the two world wars and captures the fervent efforts of Poland’s Jewish youth to determine, on their own terms, who they were, where they belonged, and what their future held in store.

Shedding critical light on a vital yet neglected chapter in the history of Zionism, Jabotinsky’s Children provides invaluable perspective on the origins of right-wing Zionist beliefs and their enduring allure in Israel today. 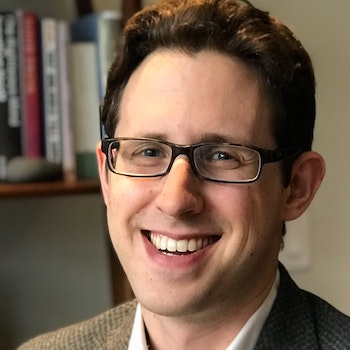 "Heller has used rare archival sources in Polish, Yiddish and Hebrew to reclaim little-known events in Poland before the Shoah and to produce a highly original work. Jabotinsky's Children is a tremendous contribution to our understanding of the origins of the Zionist Right."—Colin Shindler, Times Literary Supplement

"This is a most provocative, solid scholarly work on a heretofore little-explored topic in 20th-century Polish-Jewish and Zionist history."—Publishers Weekly

"A meticulously researched and elegantly crafted monograph, not the least virtue of which is its deep mining of sources in several languages across several continents."—Geoffrey Alderman, Times Higher Education

"Heller works tirelessly to uncover the voices of ordinary Betar members through their letters and diaries and autobiographies in an attempt to understand the distinctively Polish roots of right‐wing Zionism and how it developed between the two world wars in Poland under Jabotinsky's leadership."—Elaine Margolin, Jerusalem Post

"Heller's account offers a corrective, shining new light on how Jews, especially Jewish youth, in Poland actually perceived their political and social options, and how they made sense of their shifting world."—Sarah Zarrow, Yiddish Studies

"This book really does shine something of an illuminating light on the spectre of ever increasing right-wing fundamentalism throughout Europe and the U.S. . . . Jabotinsky's Children will undoubtedly trigger much debate, which, to varying degrees, can only be a good thing."—David Marx, David Marx Book Reviews

"Drawing on a broad array of impressive sources, including private correspondence, party journals and publications, police reports, and autobiographies, Heller provides a new and refreshing approach to Zionist history by focusing on Jabotinsky’s followers, rather than the man himself."—Rachel Rothstein, H-Poland

"[Heller’s] objective tone throughout the volume assures the reader of his analytical talent and gives the reader confidence that the author’s future work will be as comprehensive and compelling."—Sean Martin, H-Net Reviews

"An excellent study. . . . The author emerges as an extremely skilled historian with a penchant for acute analysis and objective interpretation of facts. His work deserves the highest praise."—Piotr Puchalski, Polish Review

"In this brilliant and pioneering book, Daniel Heller has produced the first social history of right-wing Zionism. Decentering the Revisionist Zionist leader Vladimir Jabotinsky, Heller presents Revisionism in interwar Poland and Palestine as in constant negotiation between the leader and his base, and between youth and their elders. Heller's analysis of the conditions under which Zionists come to embrace the authoritarian Right has striking contemporary as well as historical relevance."—Derek J. Penslar, author of Jews and the Military: A History

"An exceptionally valuable, innovative, and original work, Jabotinsky's Children is a very important contribution to the history of Zionism, Polish Jewry, and the Israeli Right. Heller writes with great sophistication and historical intuition."—Anita Shapira, author of Ben-Gurion: Father of Modern Israel

"An original work on the Zionist Right and a real contribution to this expanding area of scholarship. Heller teases out interpretations of Jabotinsky's political behavior that have hitherto been shrouded in a fog."—Colin Shindler, author of The Rise of the Israeli Right