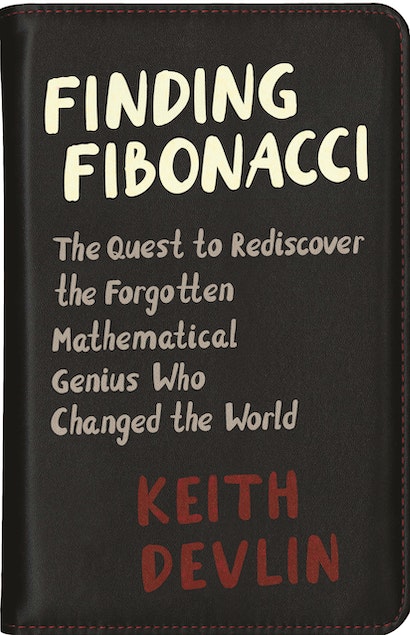 In 2000, Keith Devlin set out to research the life and legacy of the medieval mathematician Leonardo of Pisa, popularly known as Fibonacci, whose book Liber abbaci has quite literally affected the lives of everyone alive today. Although he is most famous for the Fibonacci numbers—which, it so happens, he didn’t invent—Fibonacci’s greatest contribution was as an expositor of mathematical ideas at a level ordinary people could understand. In 1202, Liber abbaci—the “Book of Calculation”—introduced modern arithmetic to the Western world. Yet Fibonacci was long forgotten after his death, and it was not until the 1960s that his true achievements were finally recognized.

Finding Fibonacci is Devlin’s compelling firsthand account of his ten-year quest to tell Fibonacci’s story. Devlin, a math expositor himself, kept a diary of the undertaking, which he draws on here to describe the project’s highs and lows, its false starts and disappointments, the tragedies and unexpected turns, some hilarious episodes, and the occasional lucky breaks. You will also meet the unique individuals Devlin encountered along the way, people who, each for their own reasons, became fascinated by Fibonacci, from the Yale professor who traced modern finance back to Fibonacci to the Italian historian who made the crucial archival discovery that brought together all the threads of Fibonacci’s astonishing story.

Fibonacci helped to revive the West as the cradle of science, technology, and commerce, yet he vanished from the pages of history. This is Devlin’s search to find him.

Keith Devlin is a mathematician at Stanford University and cofounder and president of BrainQuake, an educational technology company that creates mathematics learning video games. His many books include The Unfinished Game: Pascal, Fermat, and the Seventeenth-Century Letter That Made the World Modern. He is "the Math Guy" on National Public Radio. He lives in Palo Alto, California.

"Devlin leads a cheerful pursuit to rediscover the hero of 13th-century European mathematics, taking readers across centuries and through the back streets of medieval and modern Italy in this entertaining and surprising history. . . . Devlin relates Leonardo's adventures with brio and charm. Readers will enjoy this deft and engaging mix of history, mathematics, and personal travelogue."—Publishers Weekly

"Finding Fibonacci showcases Devlin's writerly flair. My favourite passages are the incredible story of how Liber Abaci (or at least, the edition he wrote in 1228, the sole surviving one) became available in English for the first time - to this day the only modern-language translation."—Davide Castelvecchi, Nature

"[Devlin] talks his way into Italian research libraries in search of early manuscripts, photographs all 11 street signs on Via Leonardo Fibonacci in Florence and strives to cultivate a love for numbers in his readers."—Andrea Marks, Scientific American

"Finding Fibonacci [does] much to restore Leonardo to his proper place in contemporary Western culture."—Dan Friedman, Los Angeles Review of Books

"All in all a book to be recommended. If you already read The Man of Numbers it is most informative to read this 'behind the scenes' version and know how it came about (and what happened after its publication). If you didn't know The Man of Numbers, you at least get a summary of what is in there too. Only it is told in a much more personal and lively version."—Adhemar Bultheel, European Mathematical Society

"Readers will enjoy this charming account of the inevitable hitches familiar to anyone pursuing historical research . . . There is much here to enjoy. Devlin's enthusiasm for his subject is infectious, and this reader, at least, has been inspired to return to Sigler’s translation of Leonardo’s important book."—Tony Mann, Times Higher Education

"What would make you write a book about writing a book you recently published on a 13th-century mathematician? When you're Stanford University’s Keith Devlin (aka, NPR’s 'The Math Guy') and the mathematician is Leonardo of Pisa (aka, 'Fibonacci'), the story of researching the first book, The Man of Numbers, becomes an incredible story in itself: Finding Fibonacci: The Quest to Rediscover the Forgotten Mathematical Genius Who Changed the World. What makes Devlin’s story so compelling is that it involves many other people, multiple countries, 900+ years, and enough setbacks, twists and turns, courage, and fortitude to rival fictional adventure. Throw in the idea that Leonardo’s work helped revolutionize the world forever, parallels with another earth-shaking revolutionary, Steve Jobs, sprinkle well with the best-known number sequence of all time, and you have yourself a real page-turner."—Math-Blog

"Finding Fibonacci is a tale not just about Devlin's work on Leonardo of Pisa. It is also about the seminal contemporary efforts of others in making Leonardo’s work better known. . . . Like his earlier work, Man of Numbers, this latest book can be appreciated by anyone with a modest background in mathematics and an interest in how mathematics helps shape the world we live in."—MAA Reviews

"How Fibonacci came to write a work that has astounding relevance to the present day makes for exciting reading. . . . Accessible and enjoyable, even for those among us who tend generally to be able to appreciate the artistic side of life more than the scientific. . . . Highly recommended."—Book Pleasures

"Written in the alert and attractive style characteristic to all popular writings of the author, [Finding Fibonacci] will attract a large audience interested to know the story of this genius of the Middle Ages whose books influenced so much development of the modern Western civilization up to our days."—S. Cobzas, Studia Mathematica

"One is left with a deep appreciation of not only Fibonacci's dedication to making his discovery accessible but also Devlin’s efforts in illuminating for us the far-reaching impact of the genius that was Fibonacci."—Mary Goetting, Mathematics Teacher

"[A] very readable book . . . the excitement of the quest . . . comes over in a vivid and at times moving way."—Owen Toller, Mathematical Gazette

"This book is a memoir or research in an honest attempt to discover the life and legacy of the medieval mathematician Leonardo Pisano (Leonardo of Pisa), popularly known as Fibonacci, whose mammoth book Liber Abaci has quite literally affected the lives of everyone alive today."—Keith Devlin, Mathematics Today

"Though most of us only know about Leonardo of Pisa (aka Fibonacci) because of the numbers named after him, he was in fact the Steve Jobs of the thirteenth century who ushered in a revolution—as we learn from this fascinating book that reads by turns as a detective novel, a moving personal journey, and a meditation on the fate of modernity. Highly recommended to all lovers of math and history."—Edward Frenkel, professor of mathematics at the University of California, Berkeley, and author of Love and Math

"An unusual and fascinating personal account of a modern mathematician's quest to separate truth from myth and show us the real ‘Fibonacci.'"—Ian Stewart, author of Professor Stewart's Incredible Numbers

"Interesting and engaging. Devlin succeeds in making the reader care about his quest to understand Leonardo the person. He conveys the sense of awe and reverence at holding in your hands a document that has come to you straight from centuries before."—Dana Mackenzie, author of The Universe in Zero Words: The Story of Mathematics as Told through Equations

"[A] good beach read for the nerdier among us."—Math Frolic