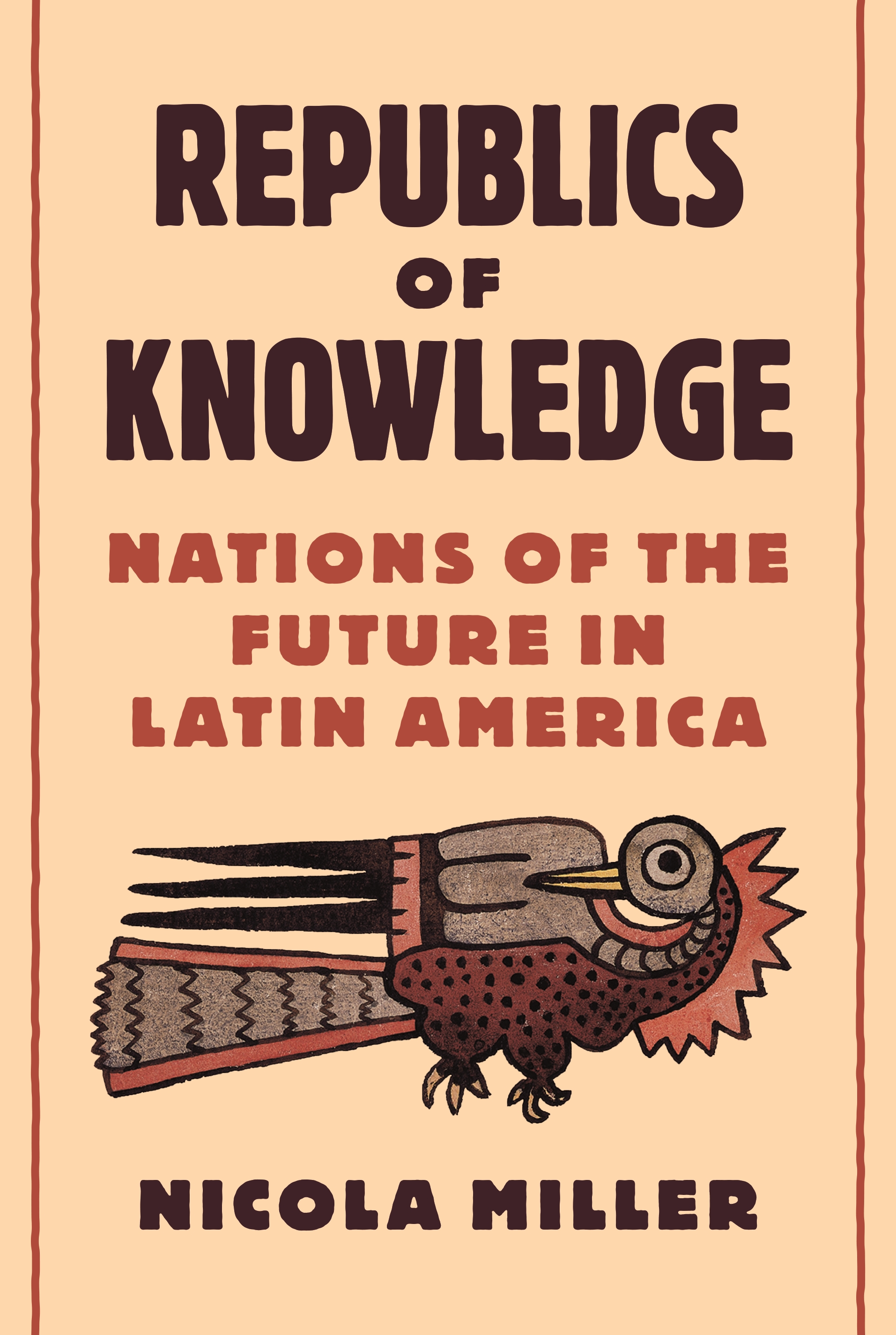 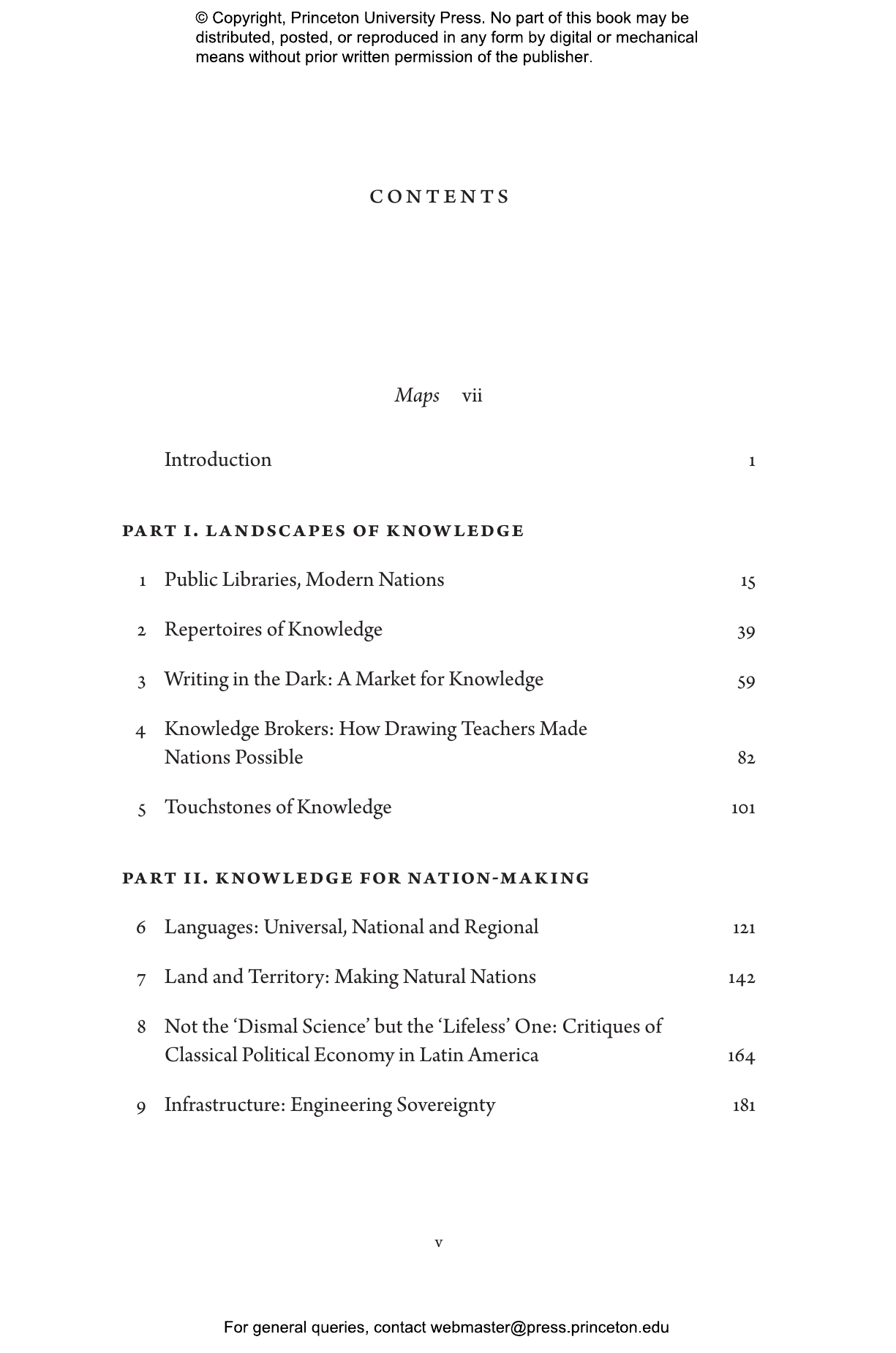 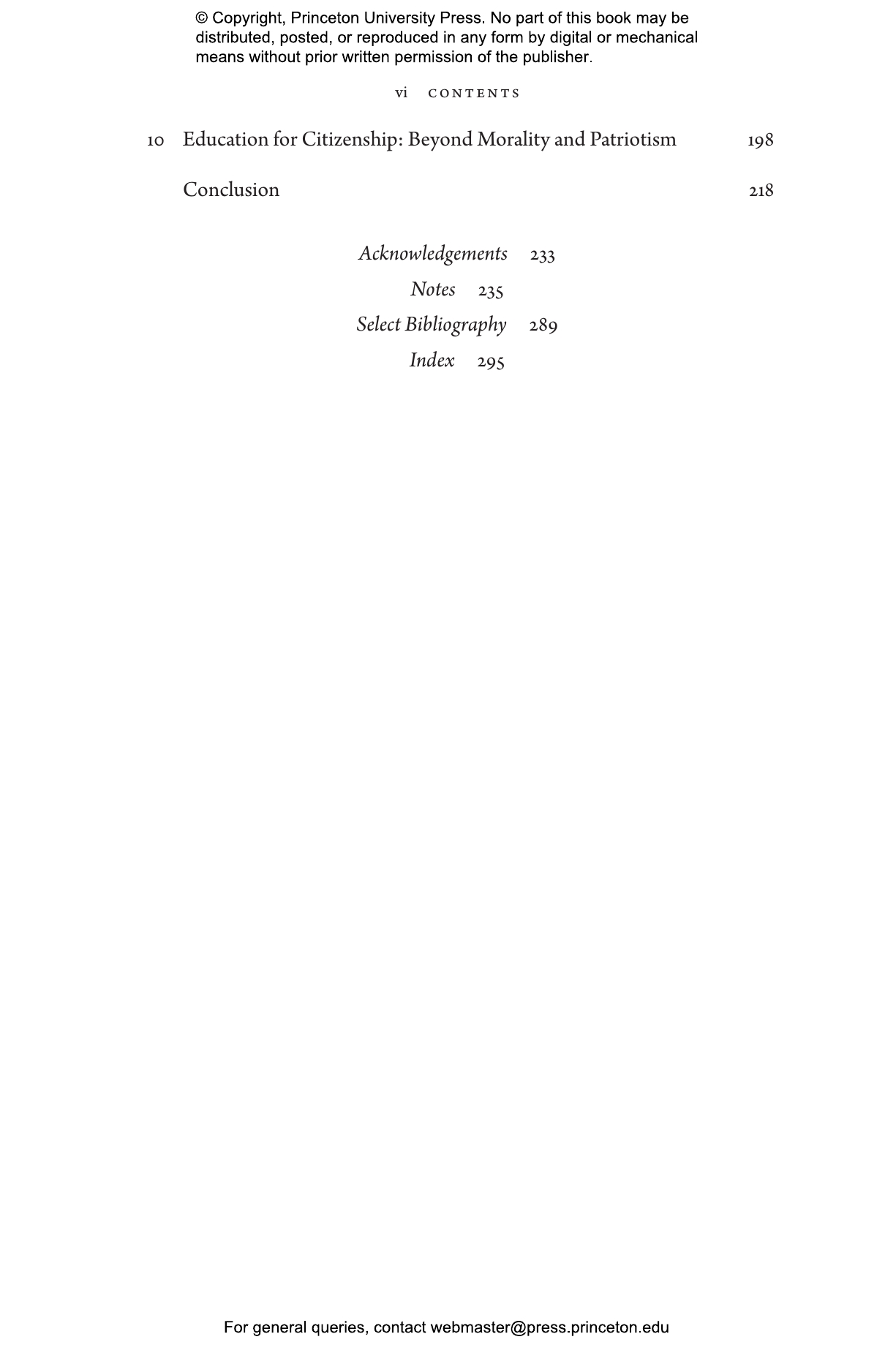 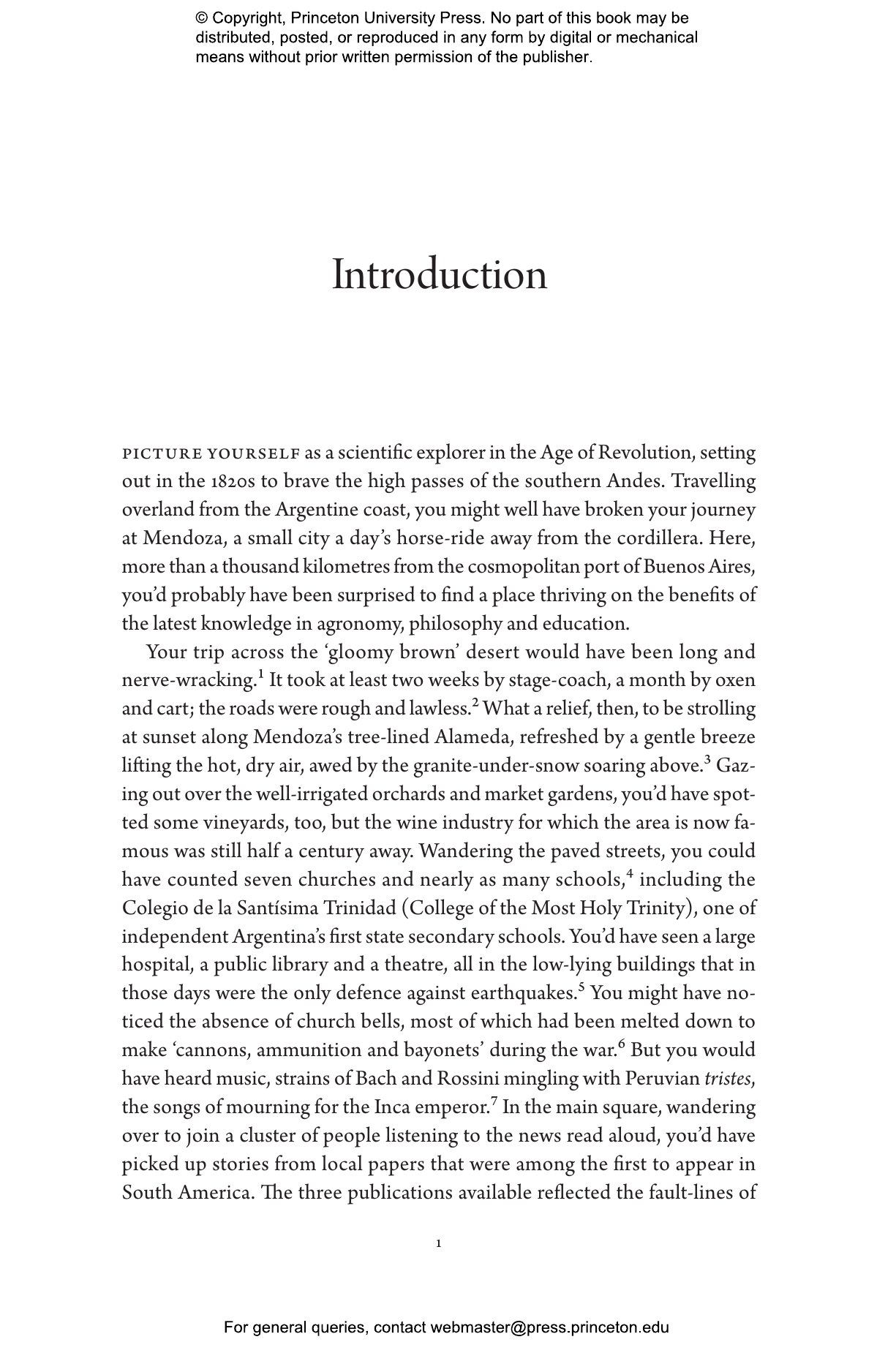 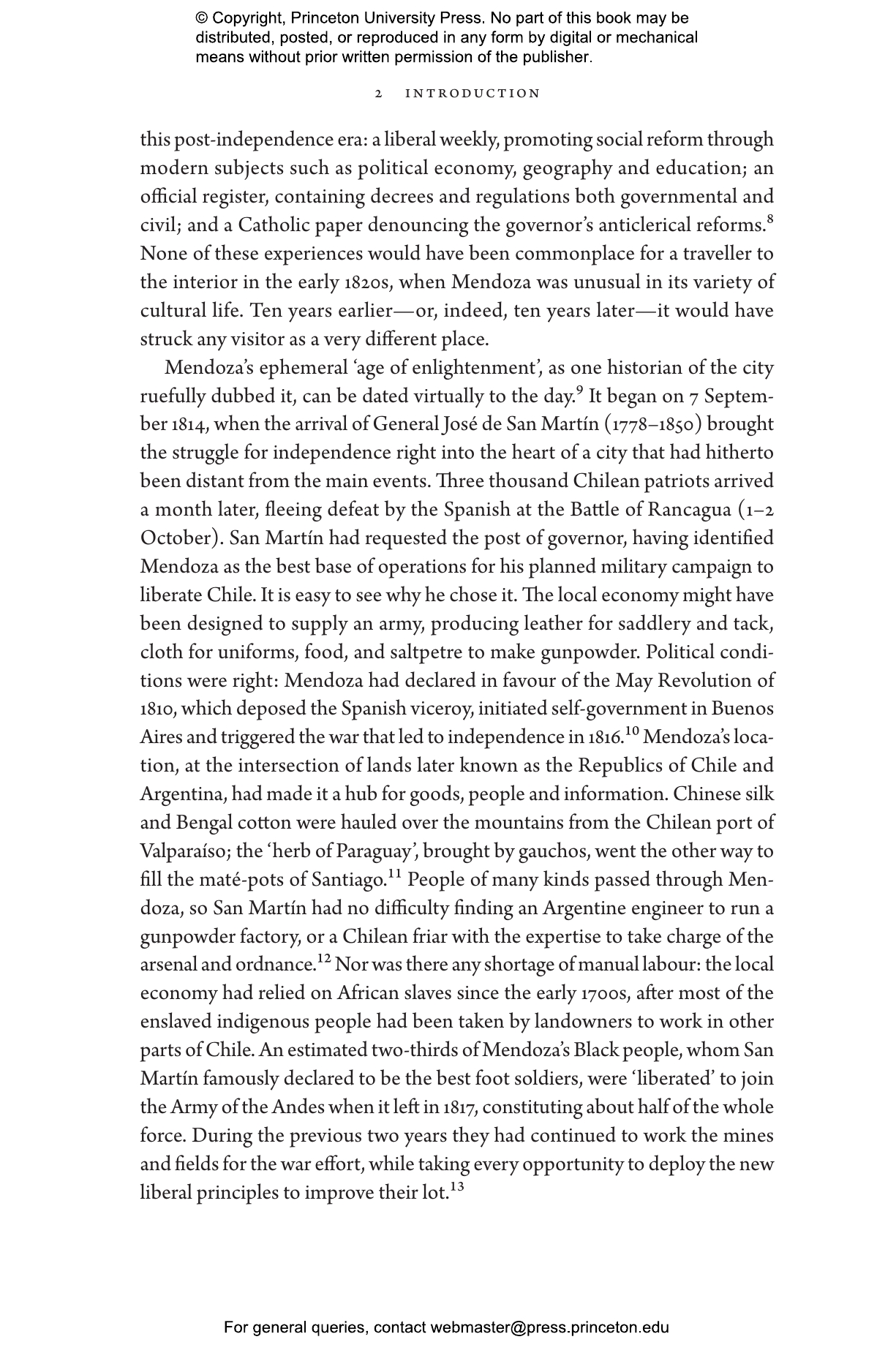 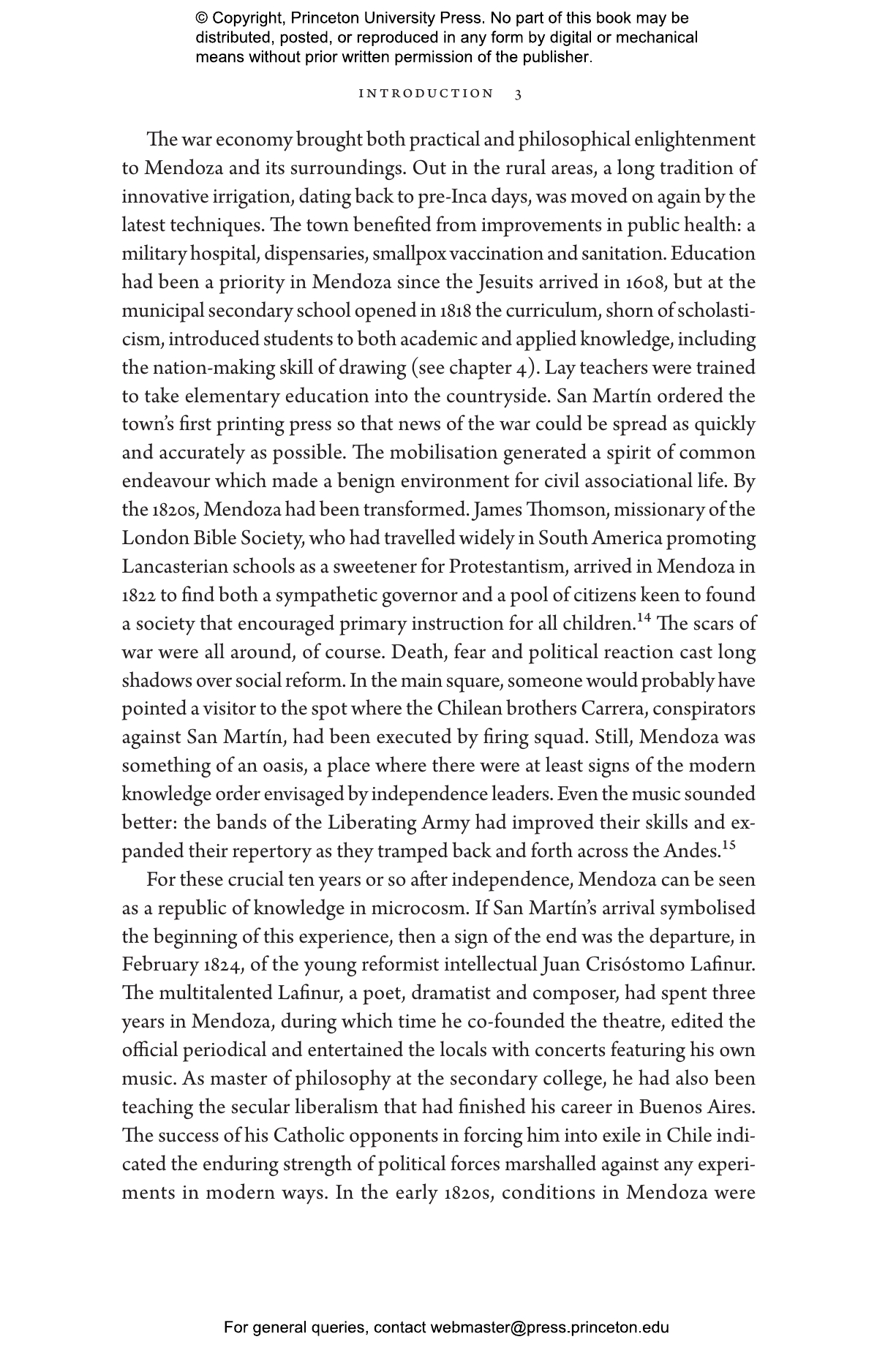 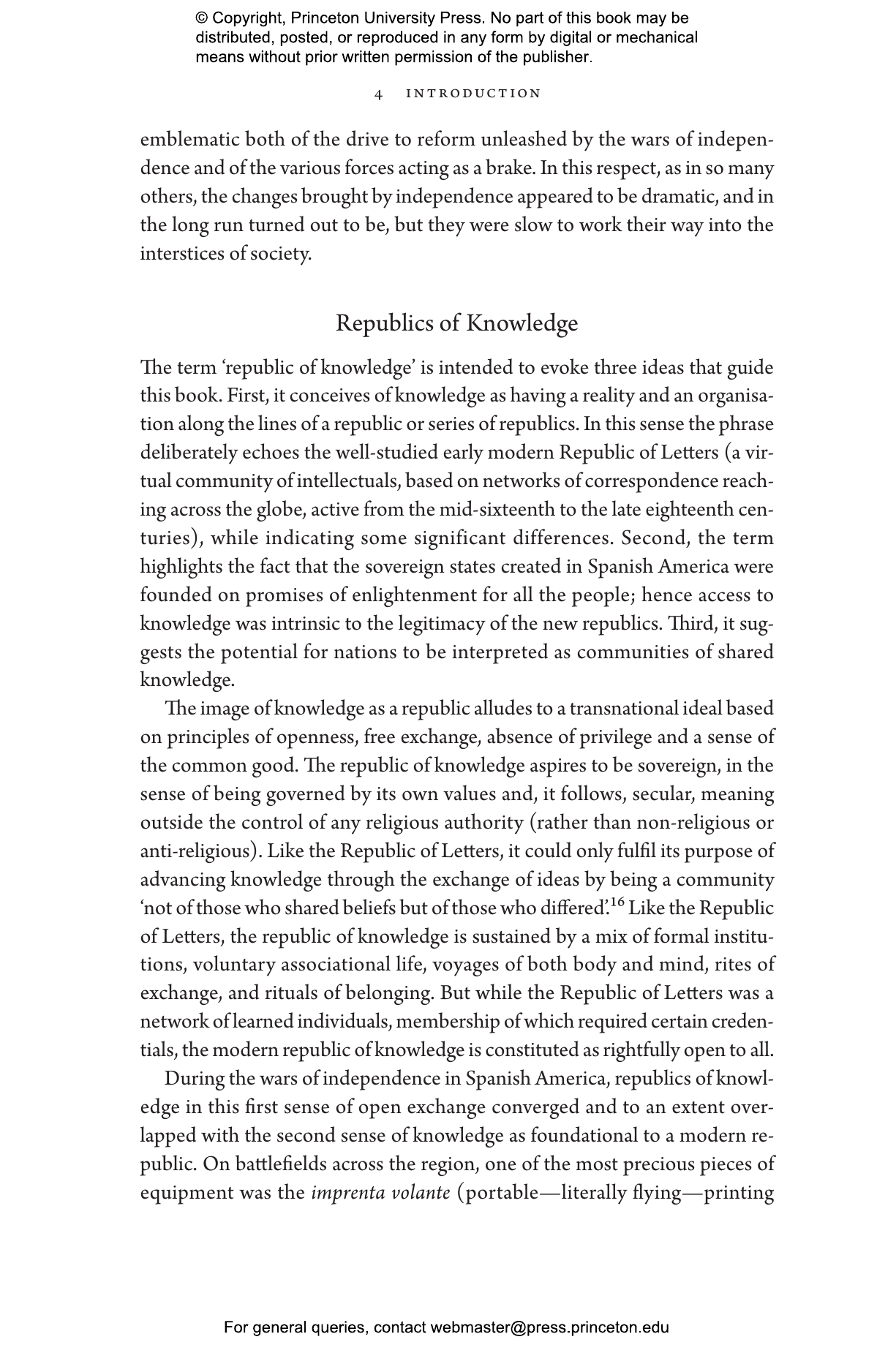 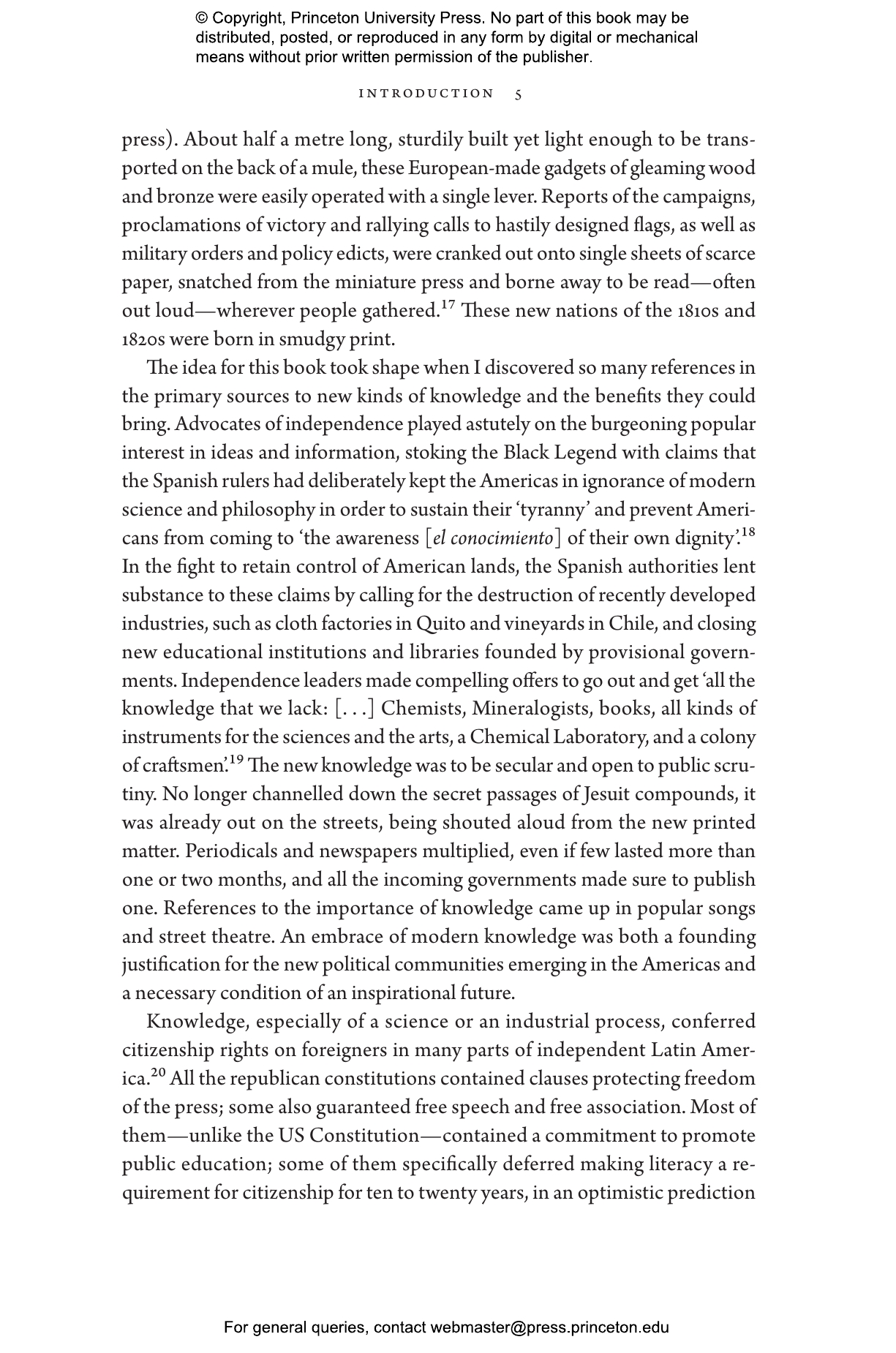 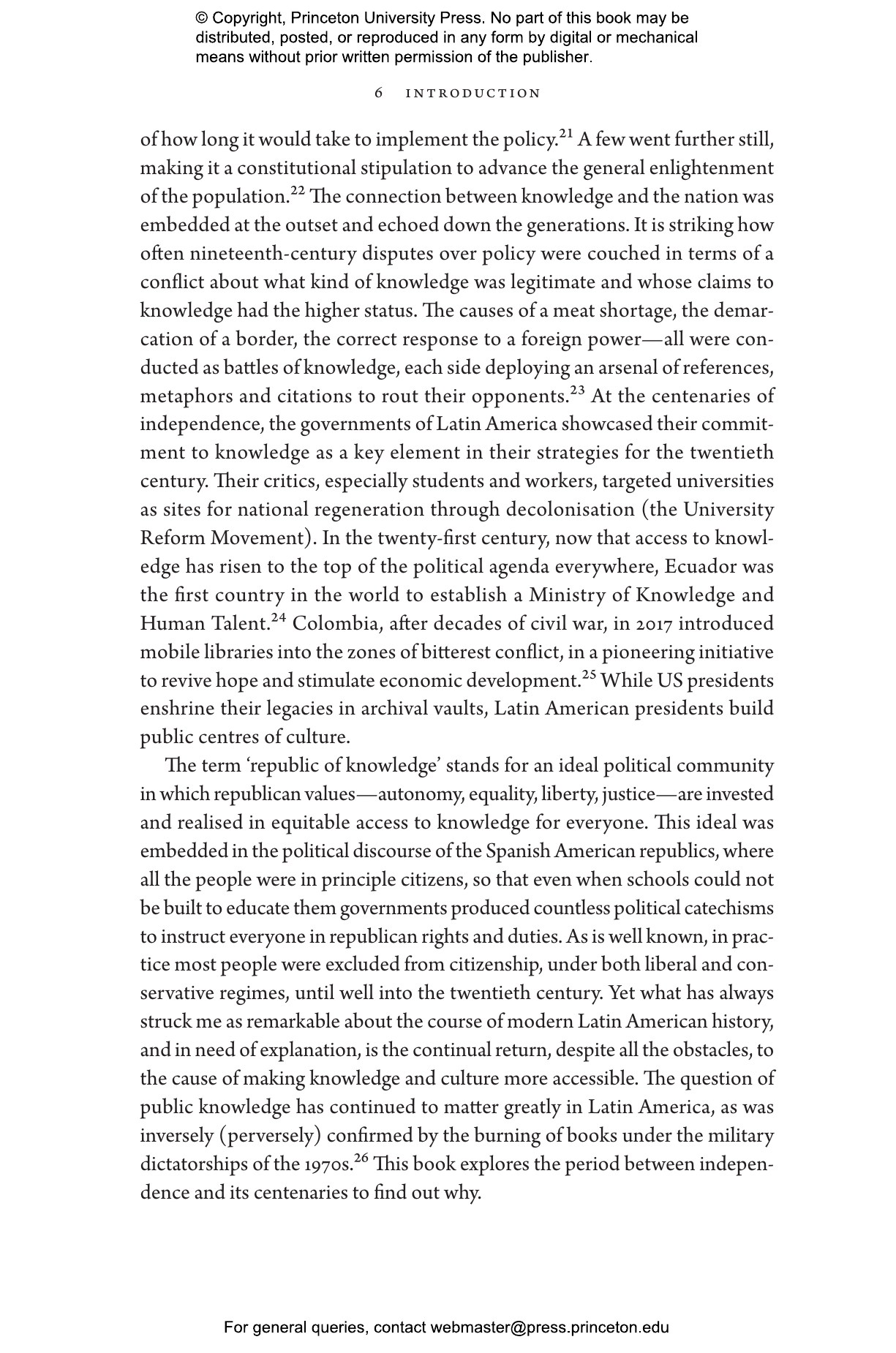 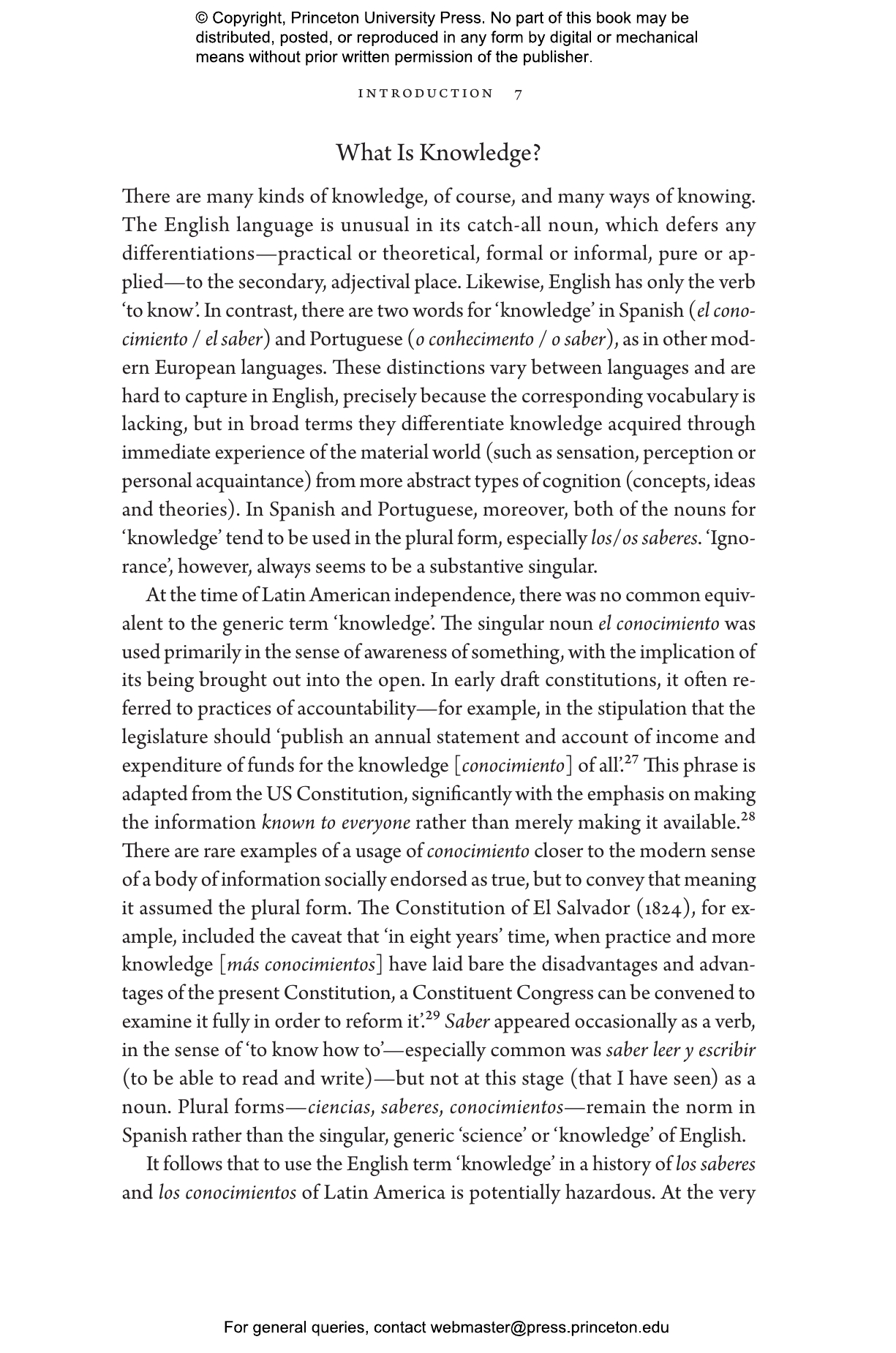 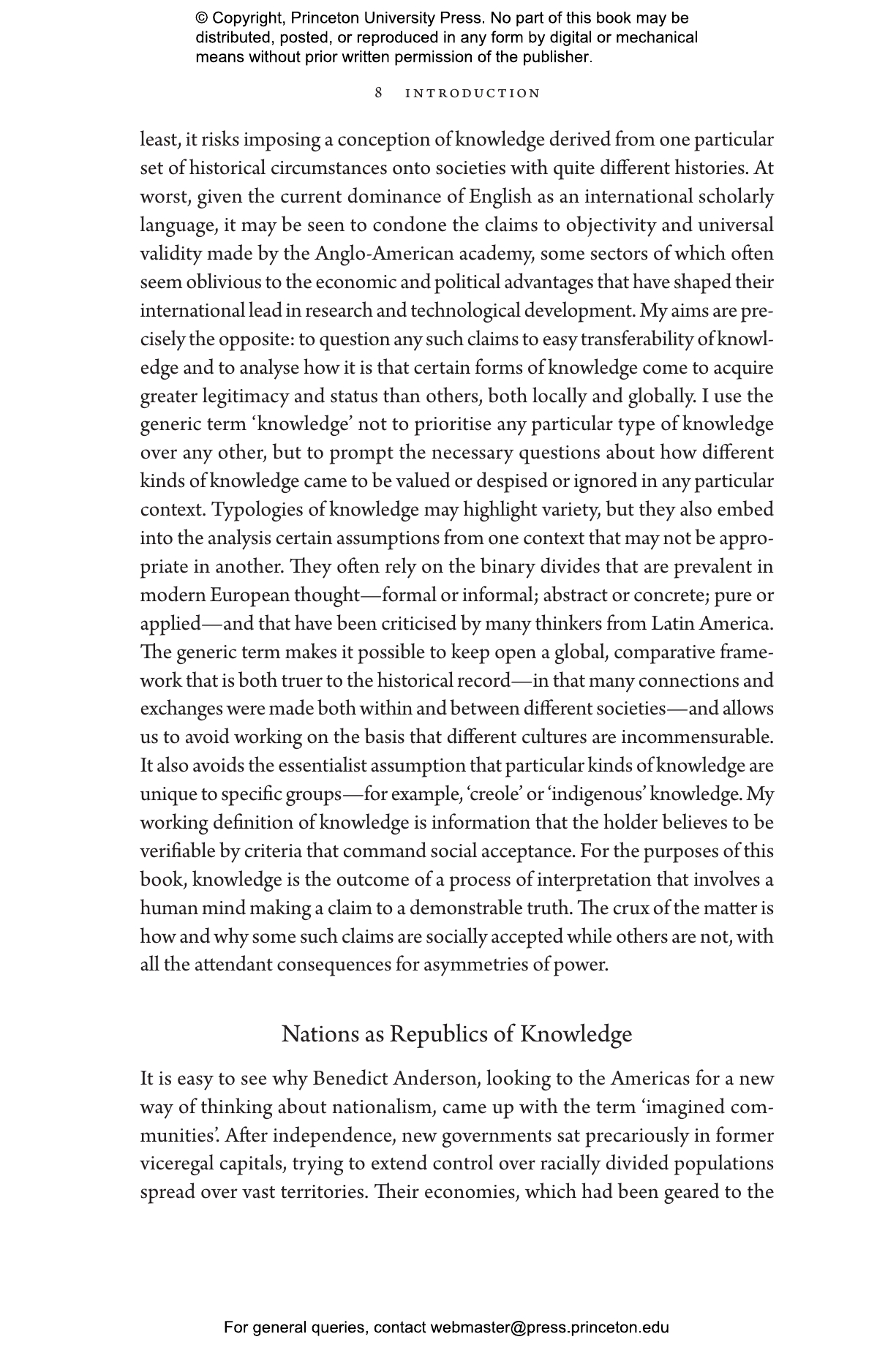 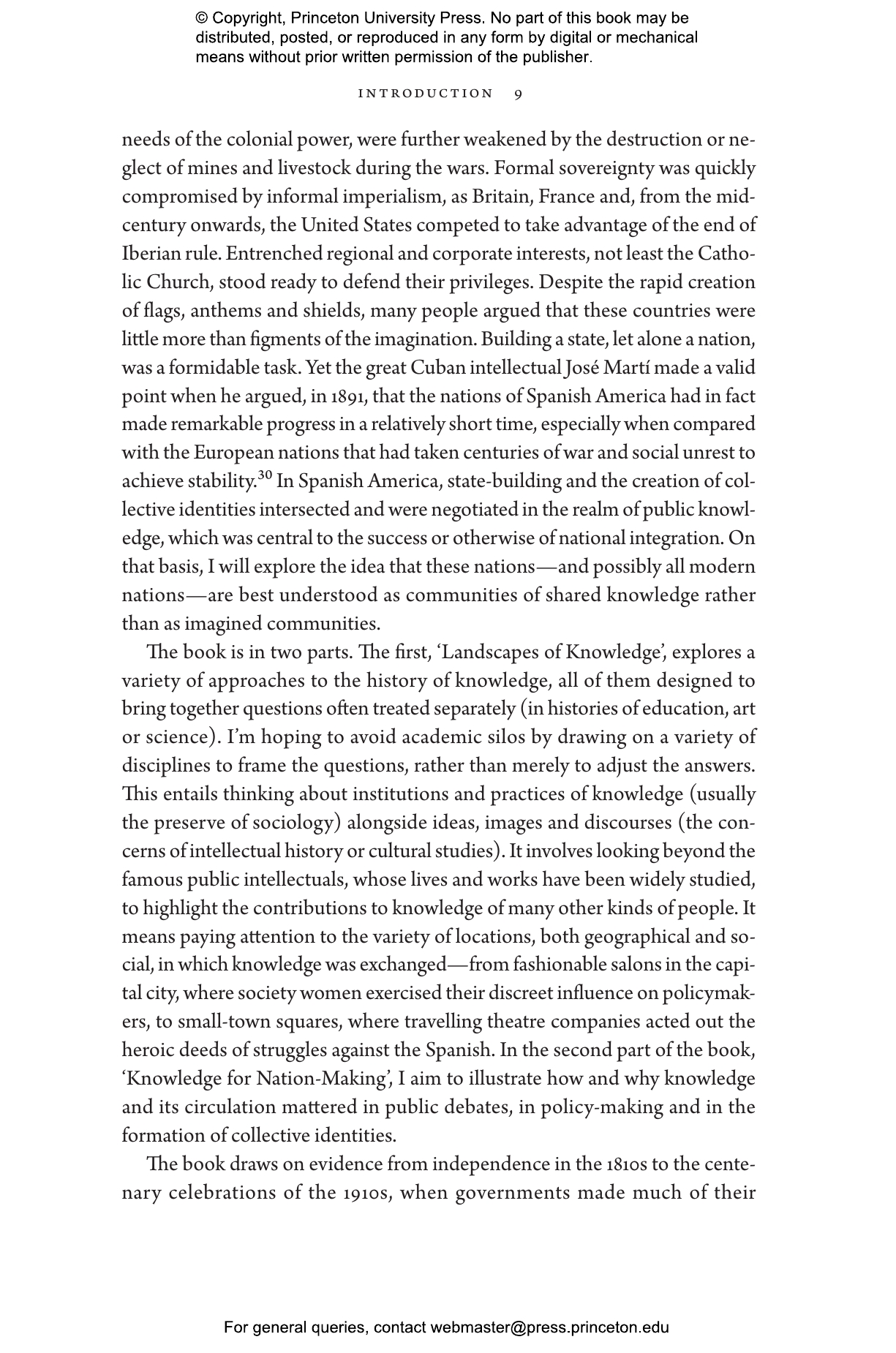 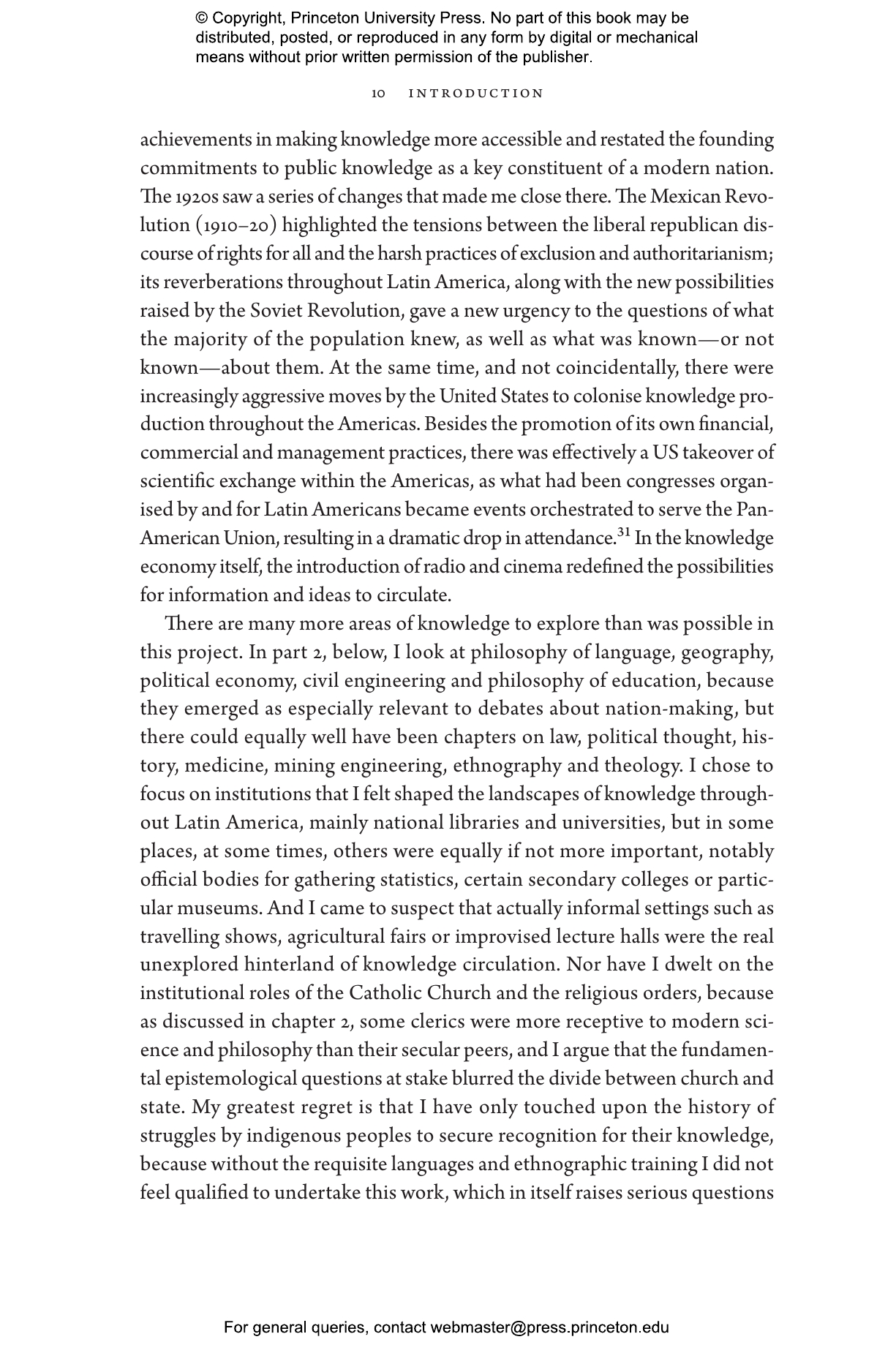 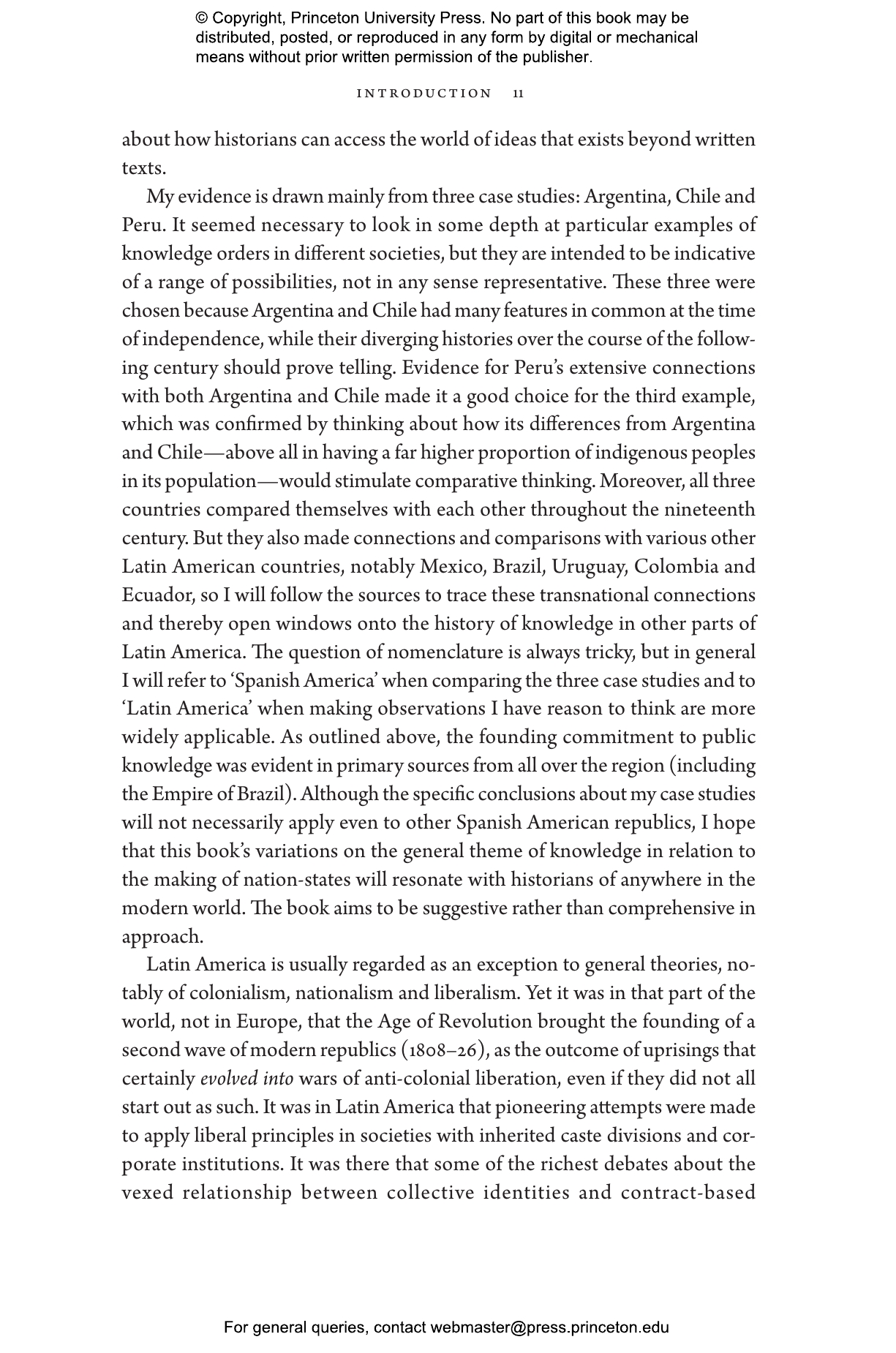 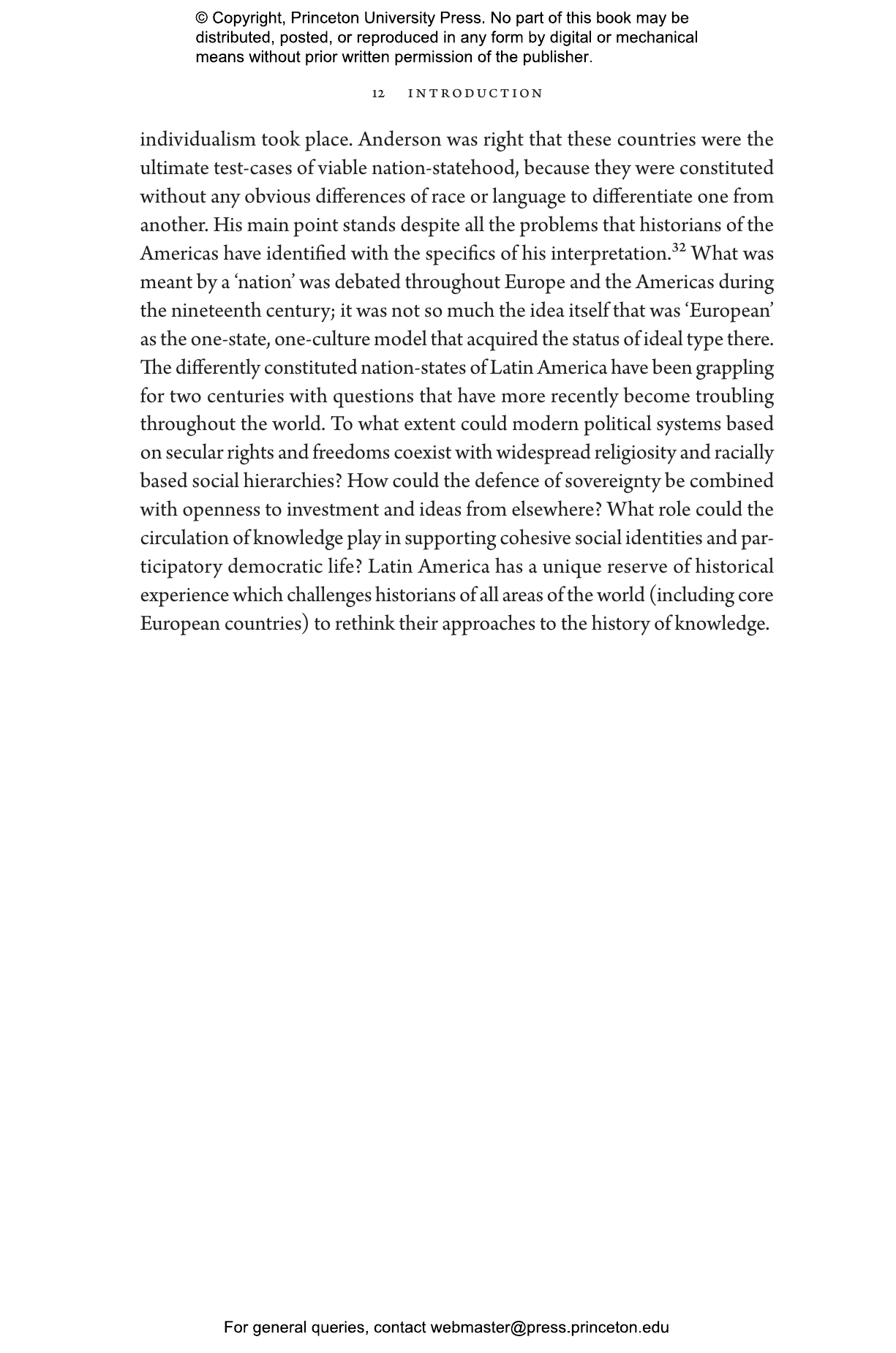 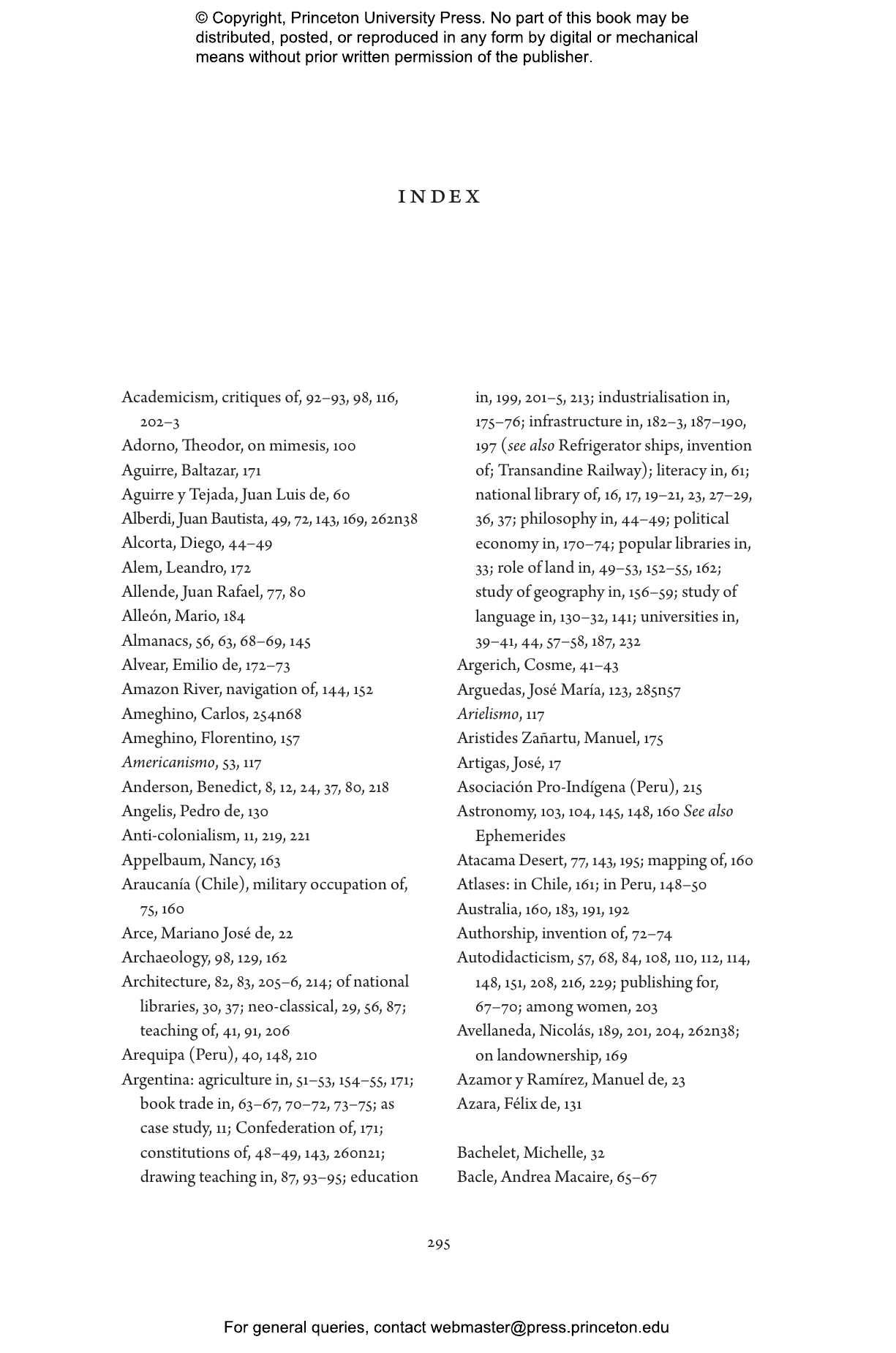 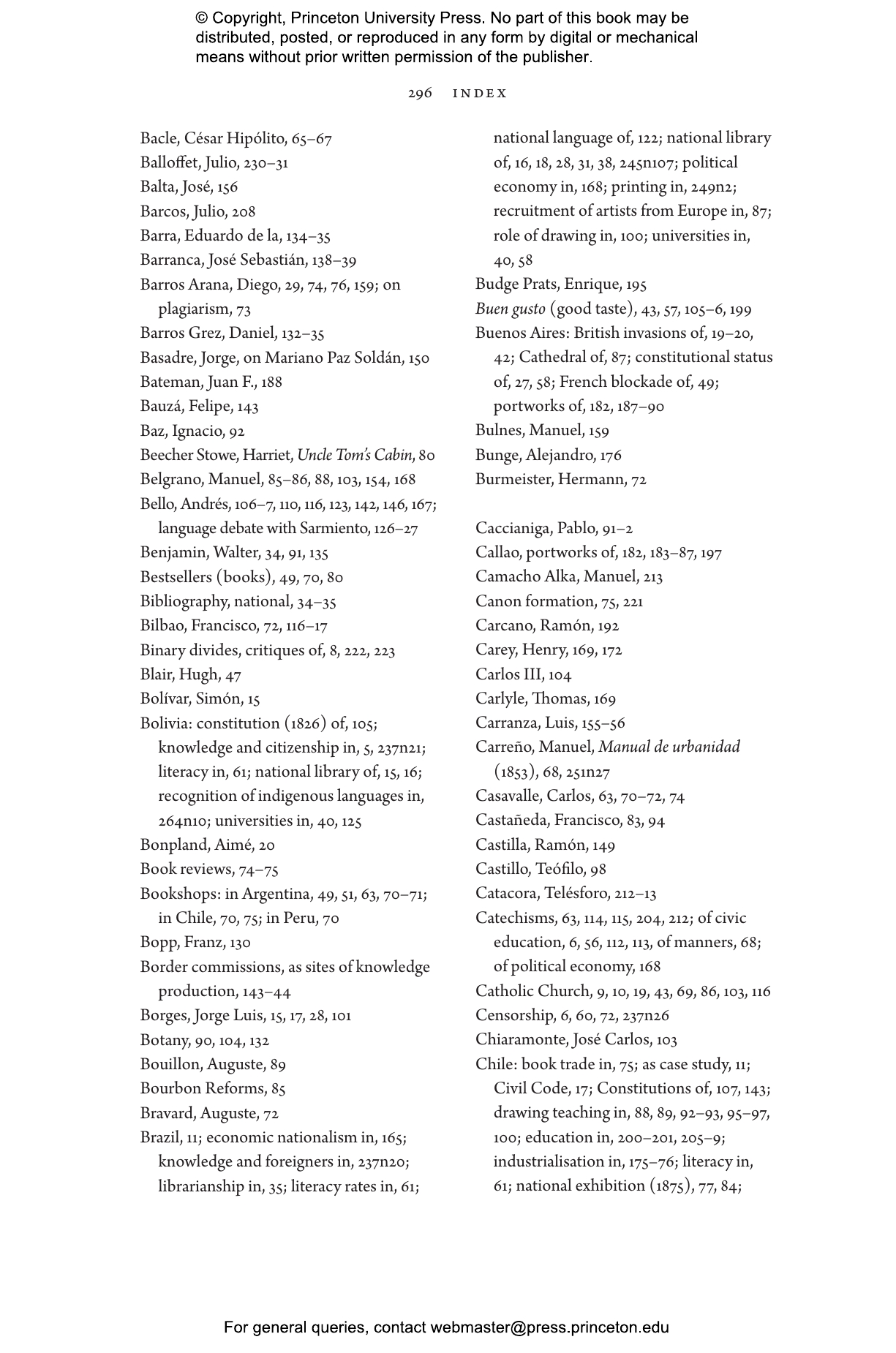 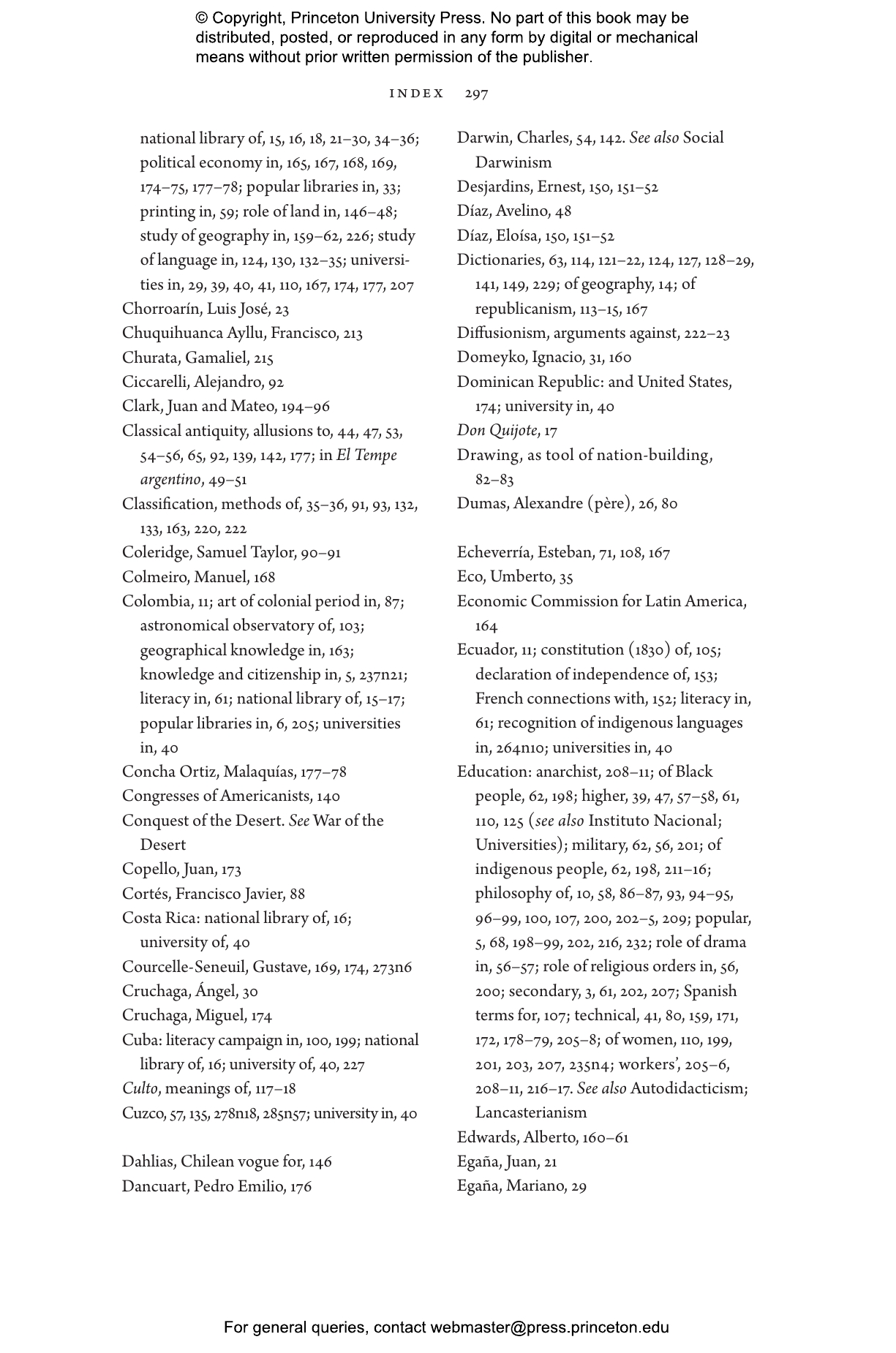 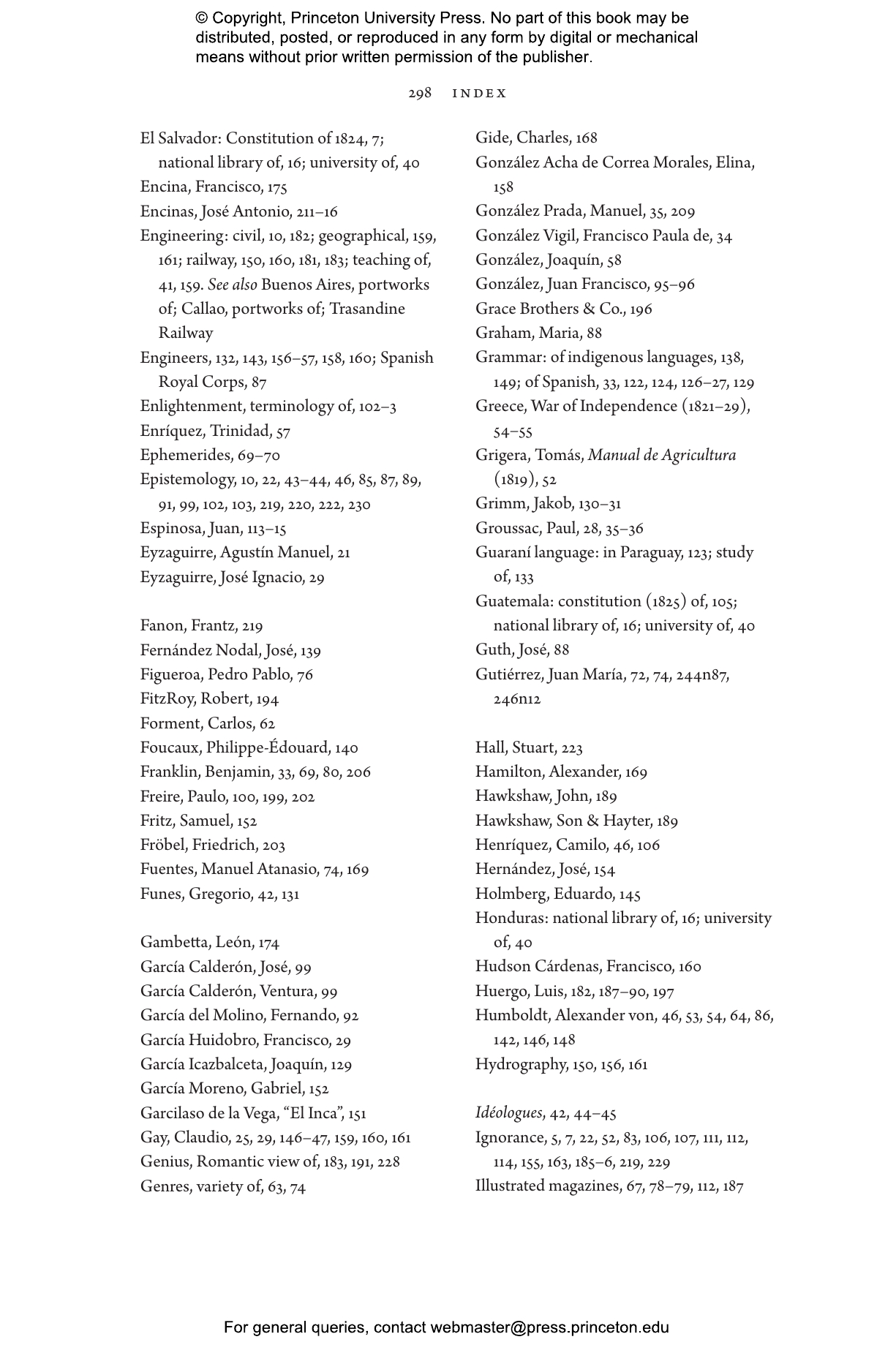 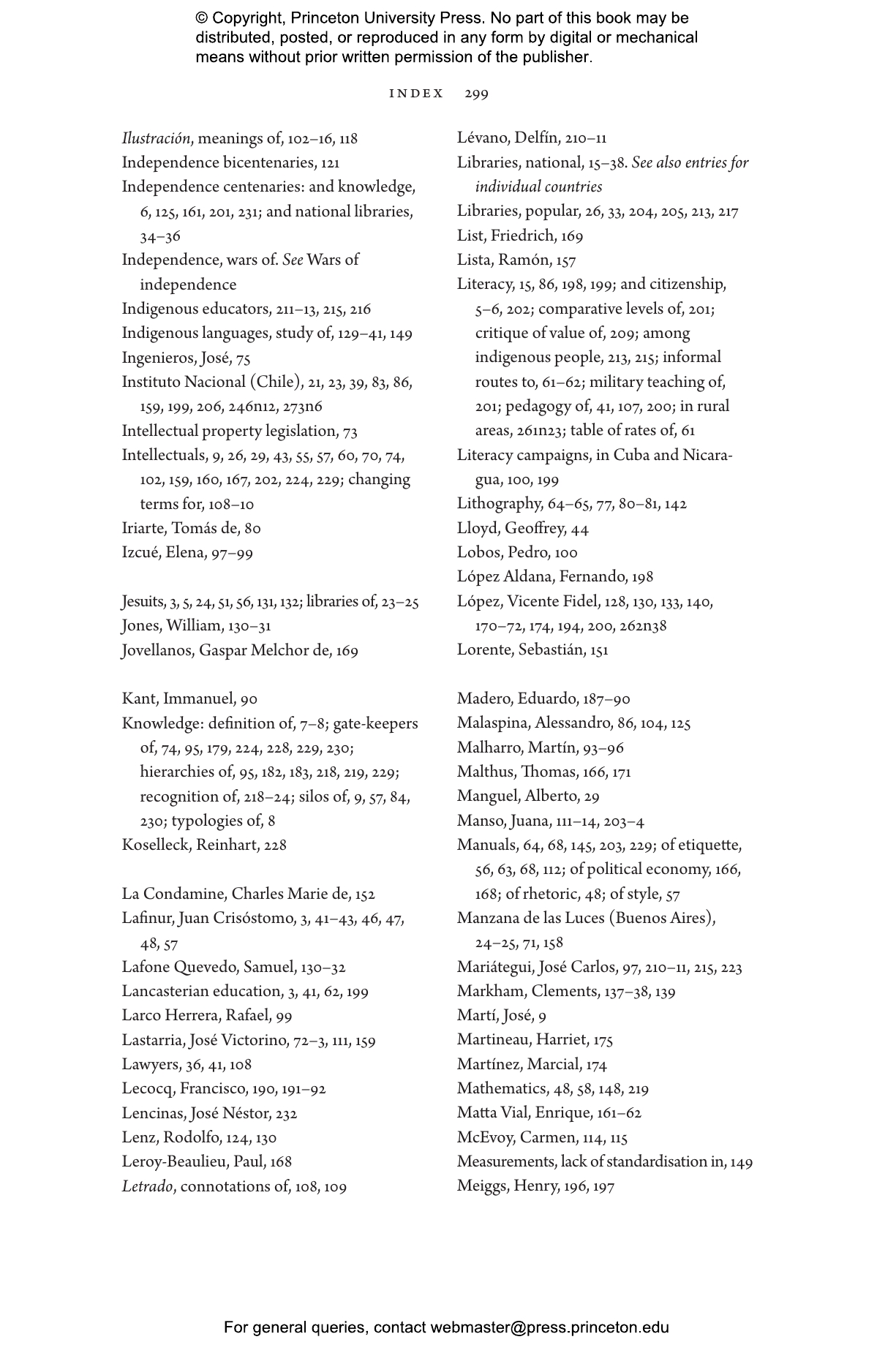 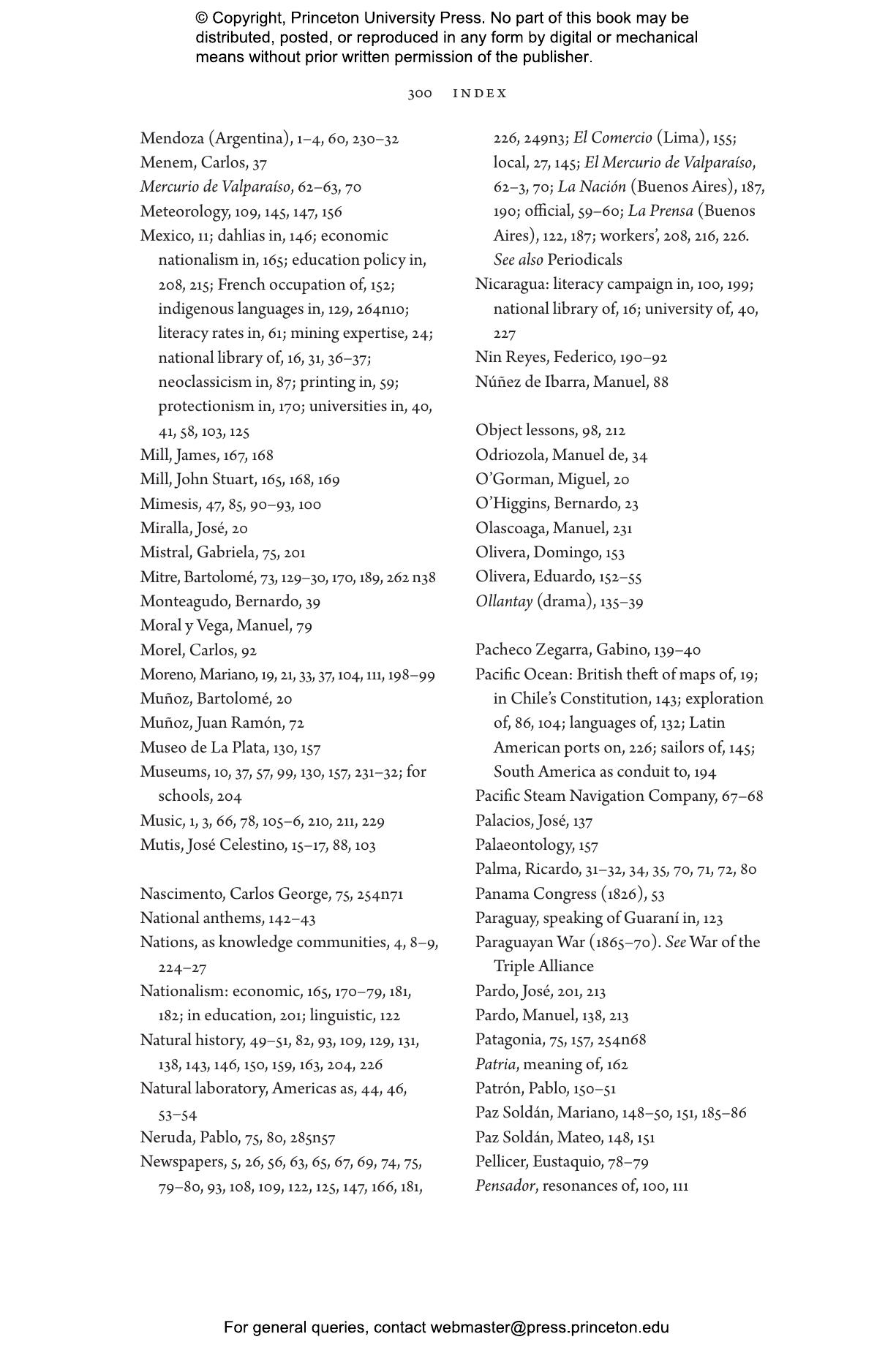 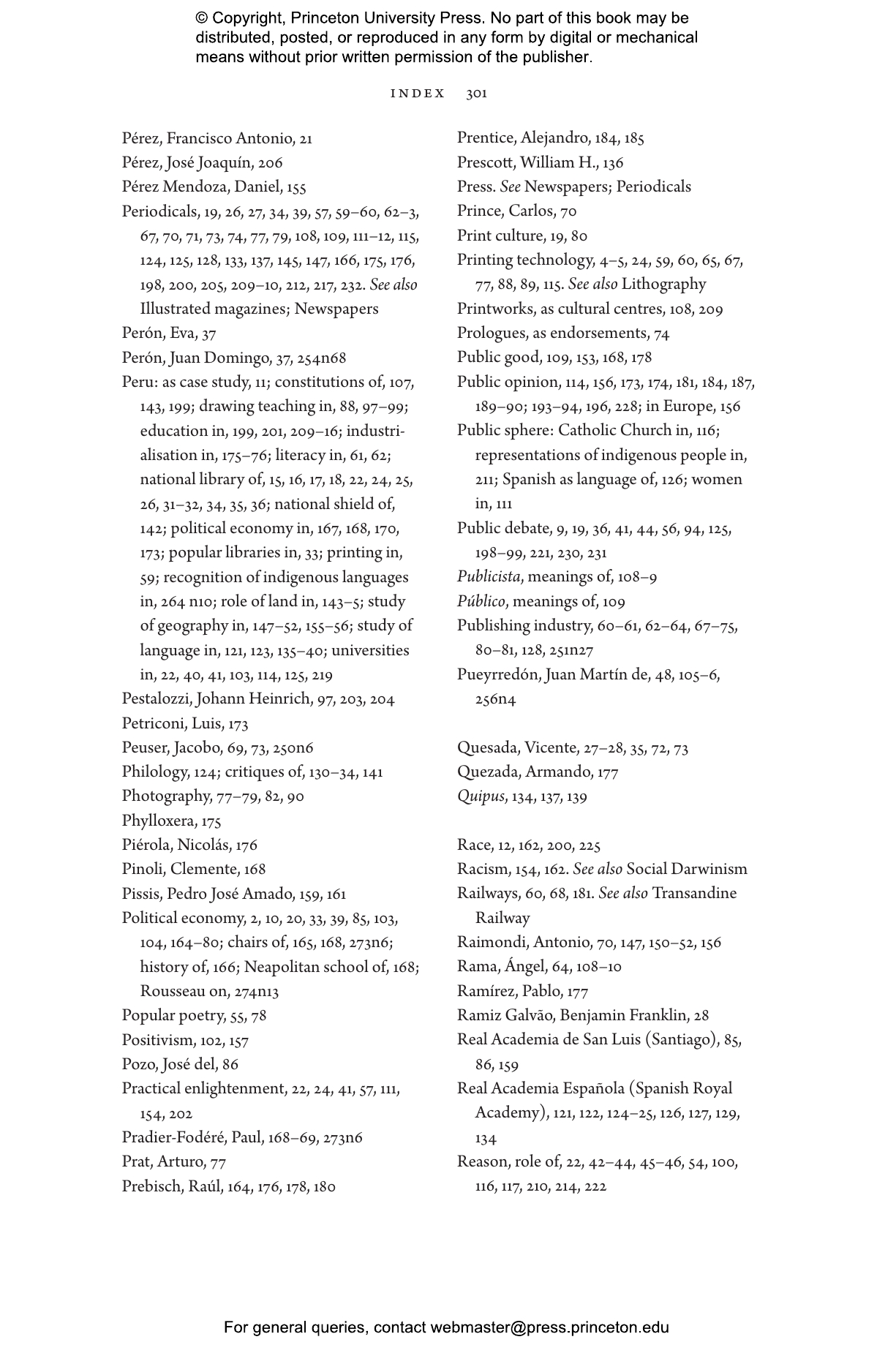 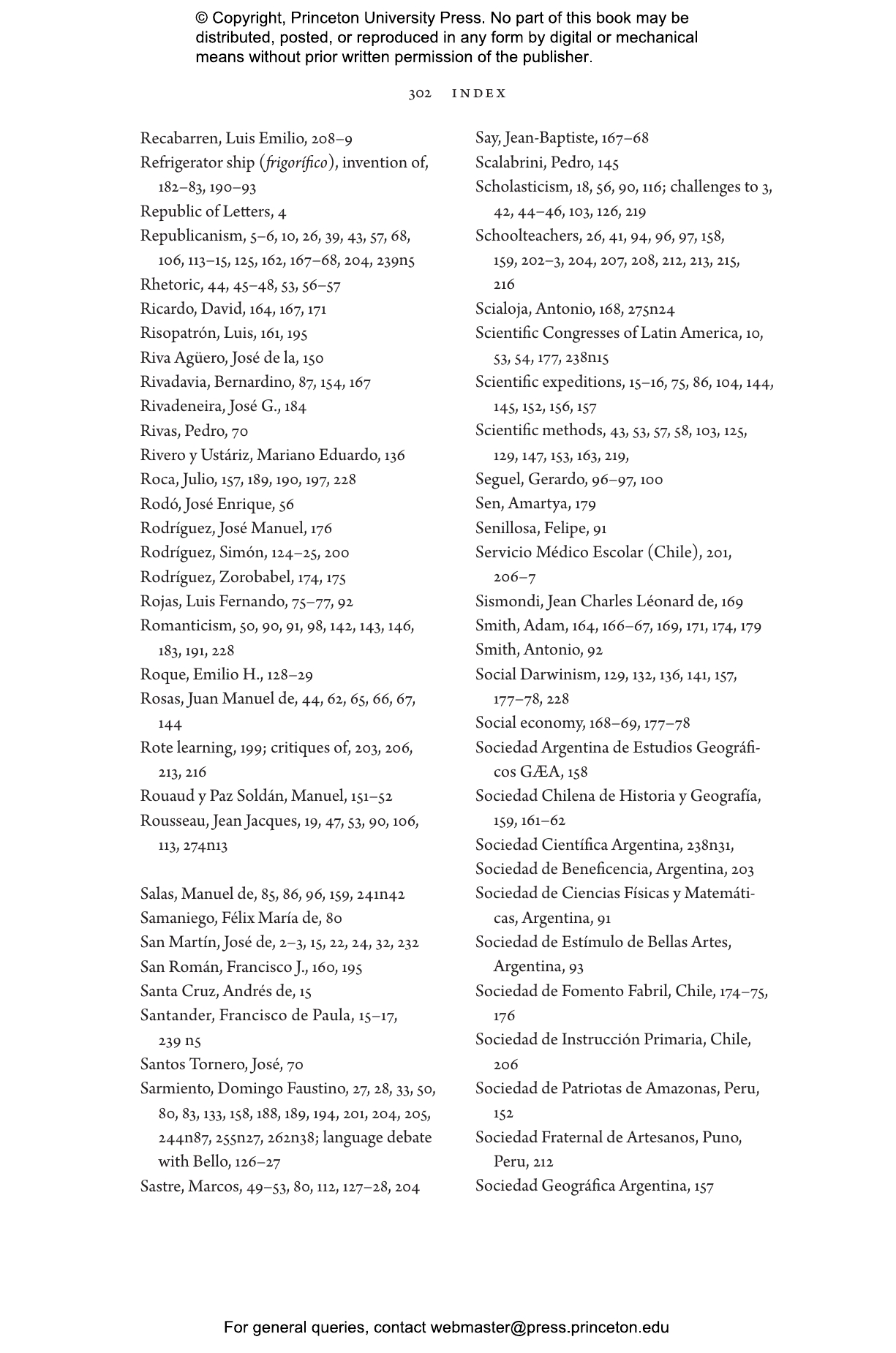 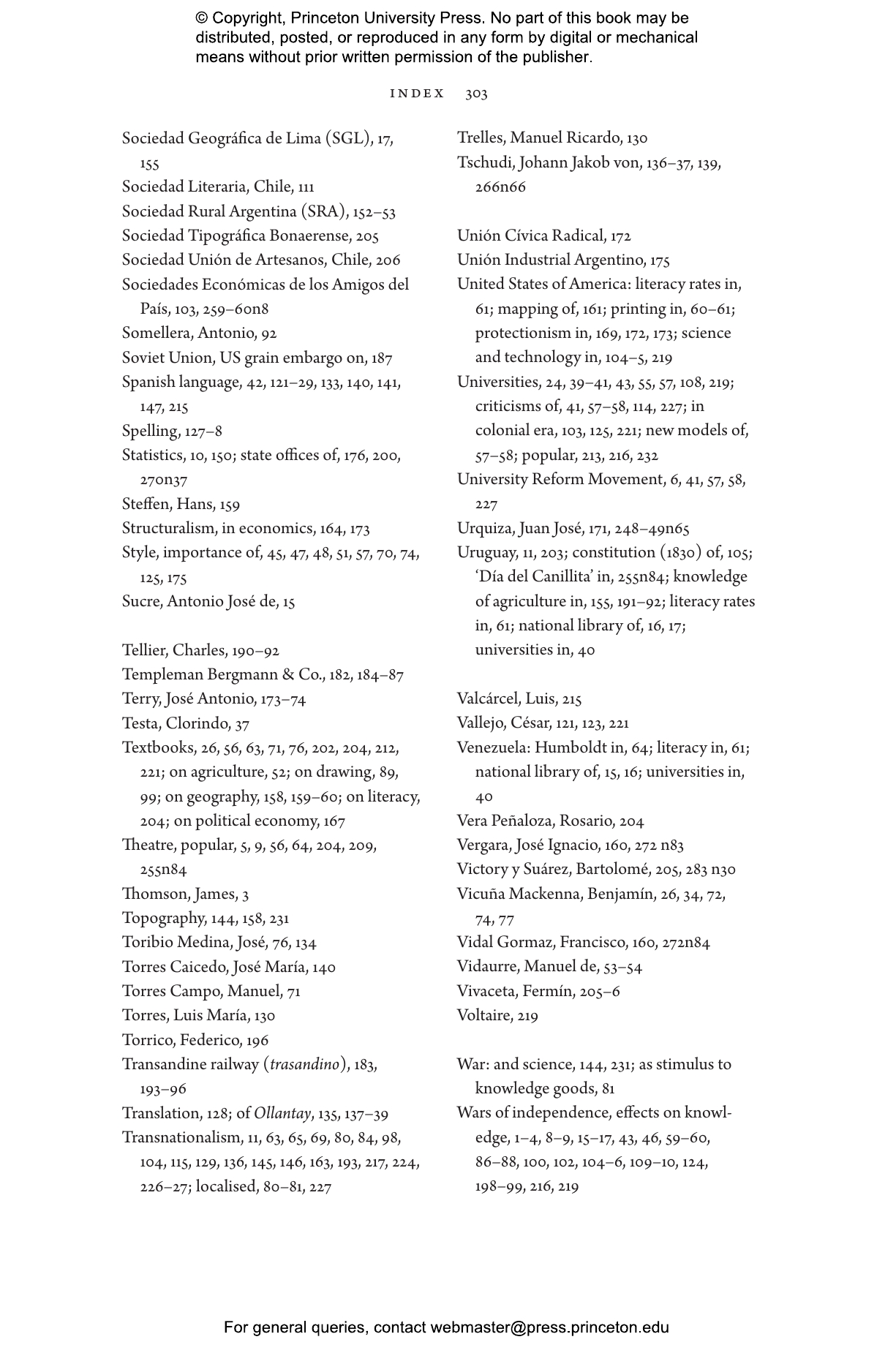 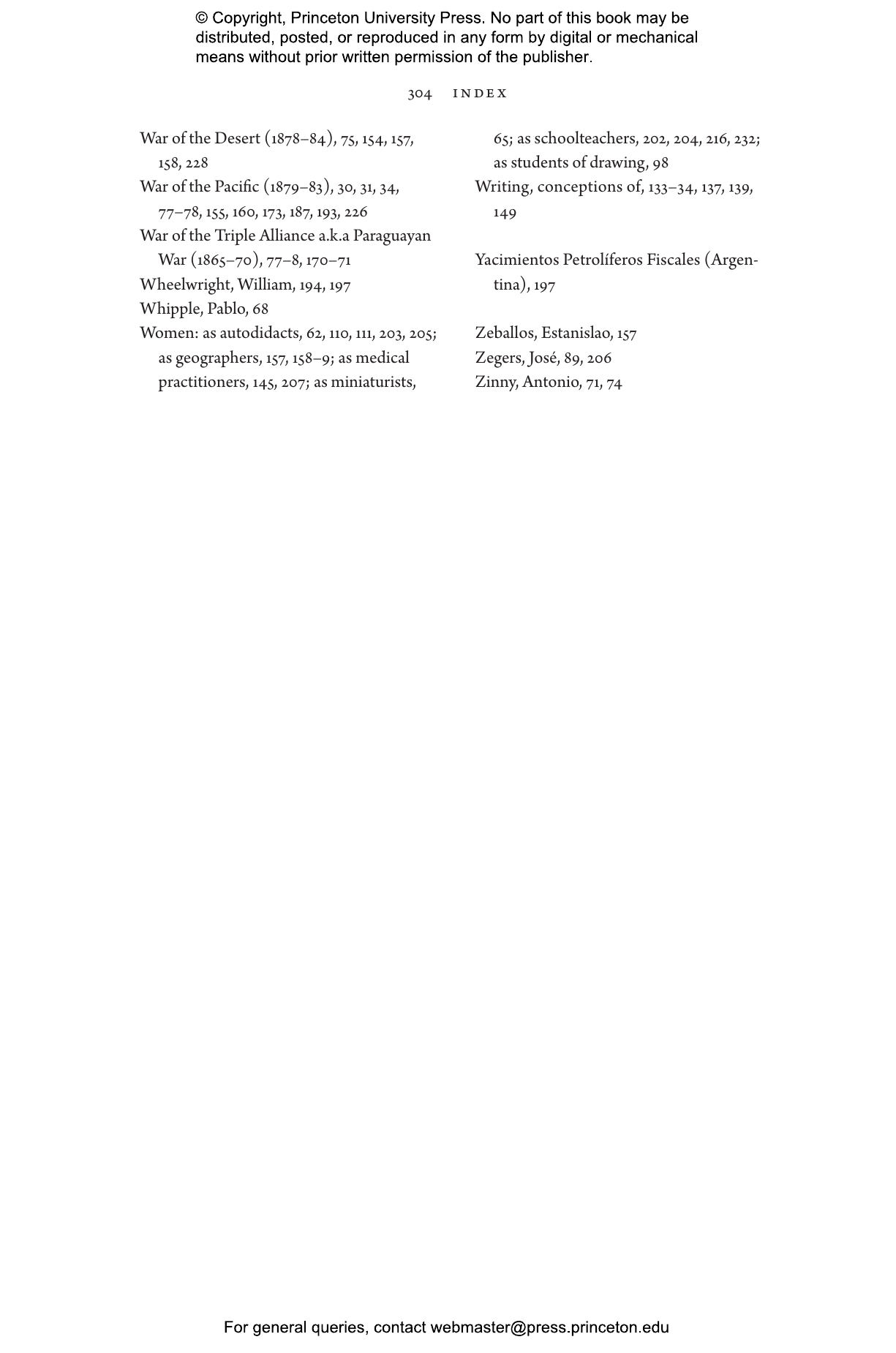 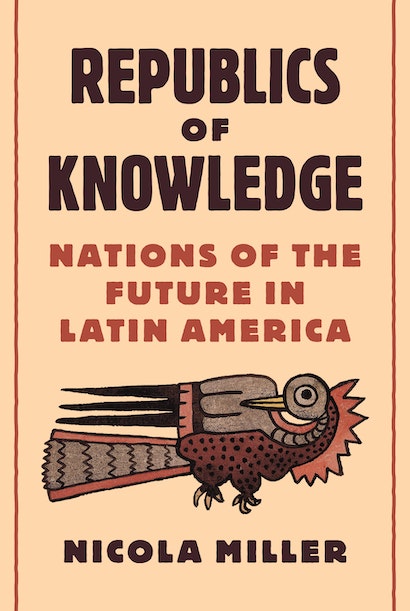 The rise of nation-states is a hallmark of the modern age, yet we are still untangling how the phenomenon unfolded across the globe. Here, Nicola Miller offers new insights into the process of nation-making through an account of nineteenth-century Latin America, where, she argues, the identity of nascent republics was molded through previously underappreciated means: the creation and sharing of knowledge.

Drawing evidence from Argentina, Chile, and Peru, Republics of Knowledge traces the histories of these countries from the early 1800s, as they gained independence, to their centennial celebrations in the twentieth century. Miller identifies how public exchange of ideas affected policymaking, the emergence of a collective identity, and more. She finds that instead of defining themselves through language or culture, these new nations united citizens under the promise of widespread access to modern information. Miller challenges the narrative that modernization was a strictly North Atlantic affair, demonstrating that knowledge traveled both ways between Latin America and Europe. And she looks at how certain forms of knowledge came to be seen as more legitimate and valuable than others, both locally and globally. Miller ultimately suggests that all modern nations can be viewed as communities of shared knowledge, a perspective with the power to reshape our conception of the very basis of nationhood.

With its transnational framework and cross-disciplinary approach, Republics of Knowledge opens new avenues for understanding the histories of modern nations—and the foundations of modernity—the world over.

Nicola Miller is professor of Latin American history at University College London. Her books include Reinventing Modernity in Latin America: Intellectuals Imagine the Future, 1900–1930 and In the Shadow of the State: Intellectuals and the Quest for National Identity in Twentieth-Century Spanish America.

“Republics of Knowledge is outstanding. One of the strengths of this clear and accessible book is Miller’s interest in important issues that have dropped into the gaps between disciplines. A distinguished contribution to the field.”—Peter Burke, author of A Social History of Knowledge

“Engagingly written, this thought-provoking book will appeal to a wide range of readers interested in the histories of science, knowledge, art, education, economic thought, and national identity. A deeply insightful and impressive book.”—Teresa Cribelli, author of Industrial Forests and Mechanical Marvels: Modernization in Nineteenth-Century Brazil