What accounts for the enduring power of the Catholic Church, which withstood widespread and sustained anticlerical opposition in Mexico? Margaret Chowning locates an answer in the untold story of how the Mexican Catholic church in the nineteenth century excluded, then accepted, and then came to depend on women as leaders in church organizations.

But much more than a study of women and the church or the feminization of piety, the book links new female lay associations beginning in the 1840s to the surprisingly early politicization of Catholic women in Mexico. Drawing on a wealth of archival materials spanning more than a century of Mexican political life, Chowning boldly argues that Catholic women played a vital role in the church’s resurrection as a political force in Mexico after liberal policies left it for dead.

Shedding light on the importance of informal political power, this book places Catholic women at the forefront of Mexican conservatism and shows how they kept loyalty to the church strong when the church itself was weak.

Margaret Chowning holds the Muriel McKevitt Sonne Chair in Latin American History at the University of California, Berkeley. She is the author of Rebellious Nuns: The Troubled History of a Mexican Convent, 1752–1863 and Wealth and Power in Provincial Mexico: Michoacán from the Late Colony to the Revolution. 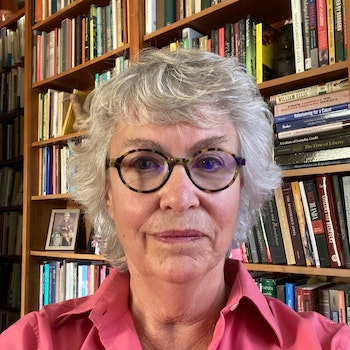 “This sweeping history reveals how the changing nature of Mexican Catholic lay associations created a parallel, non-secular civil society that offered women a space to gain a political education and assert their political voice in decision making at both the local and national levels. Chowning’s study transforms how we understand nineteenth-century political conflicts and women’s roles in shaping them.”—Jocelyn Olcott, author of Revolutionary Women in Postrevolutionary Mexico

“Monumental. Chowning’s important book provides a persuasive account of why gender matters to a religious history of Mexico, and why in so many ways the power of the church is, and for centuries has always been, the power of churchwomen. This is a mighty work.”—Matthew Butler, author of Popular Piety and Political Identity in Mexico’s Cristero Rebellion

“This book transforms our understanding of Mexico by revealing how Catholic women were pivotal, enduring actors in the country’s political life. Chowning’s analysis leaves untenable the long-prevailing emphasis portraying Mexican politics as affairs of men only.”—John Tutino, author of The Mexican Heartland: How Communities Shaped Capitalism, a Nation, and World History, 1500–2000