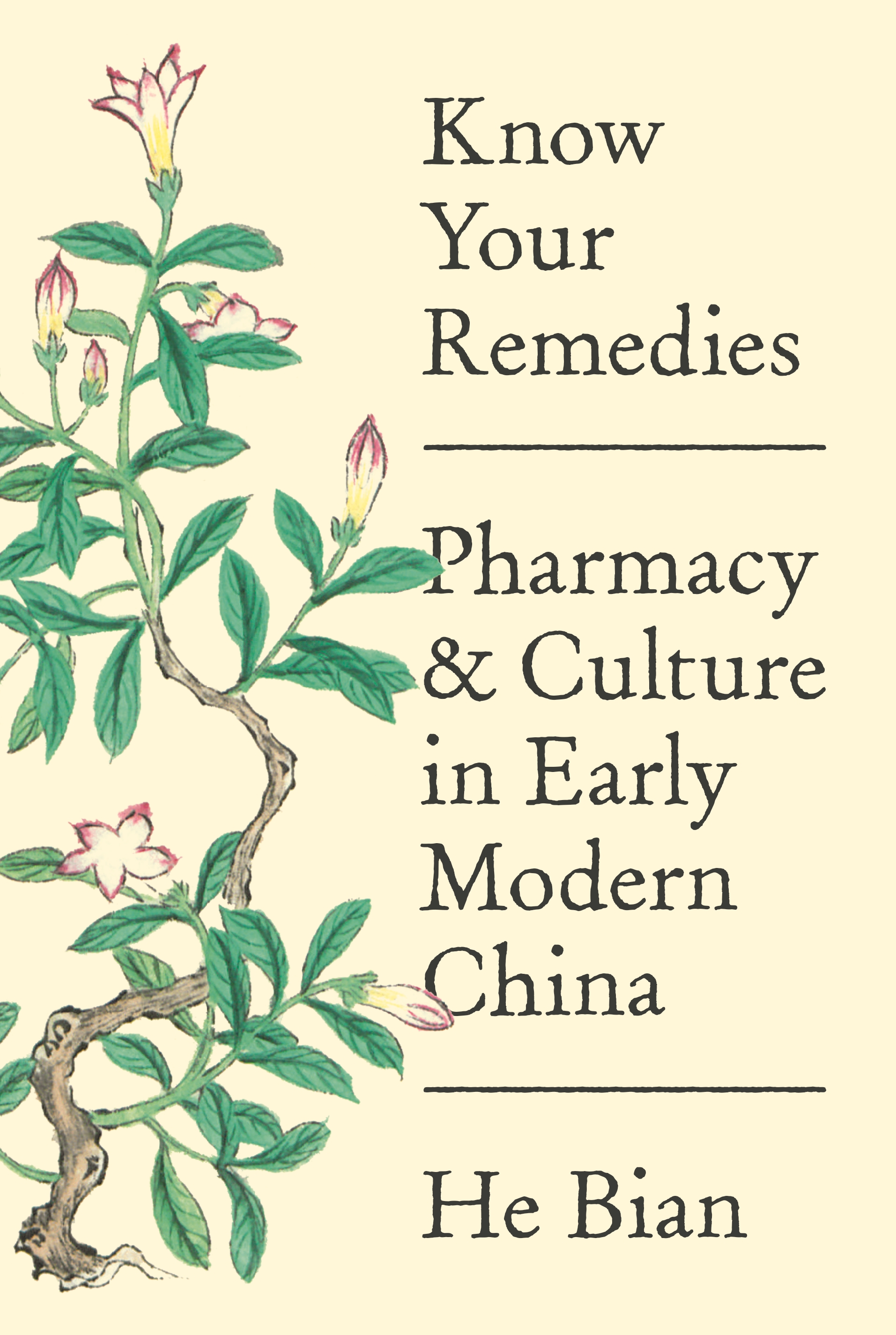 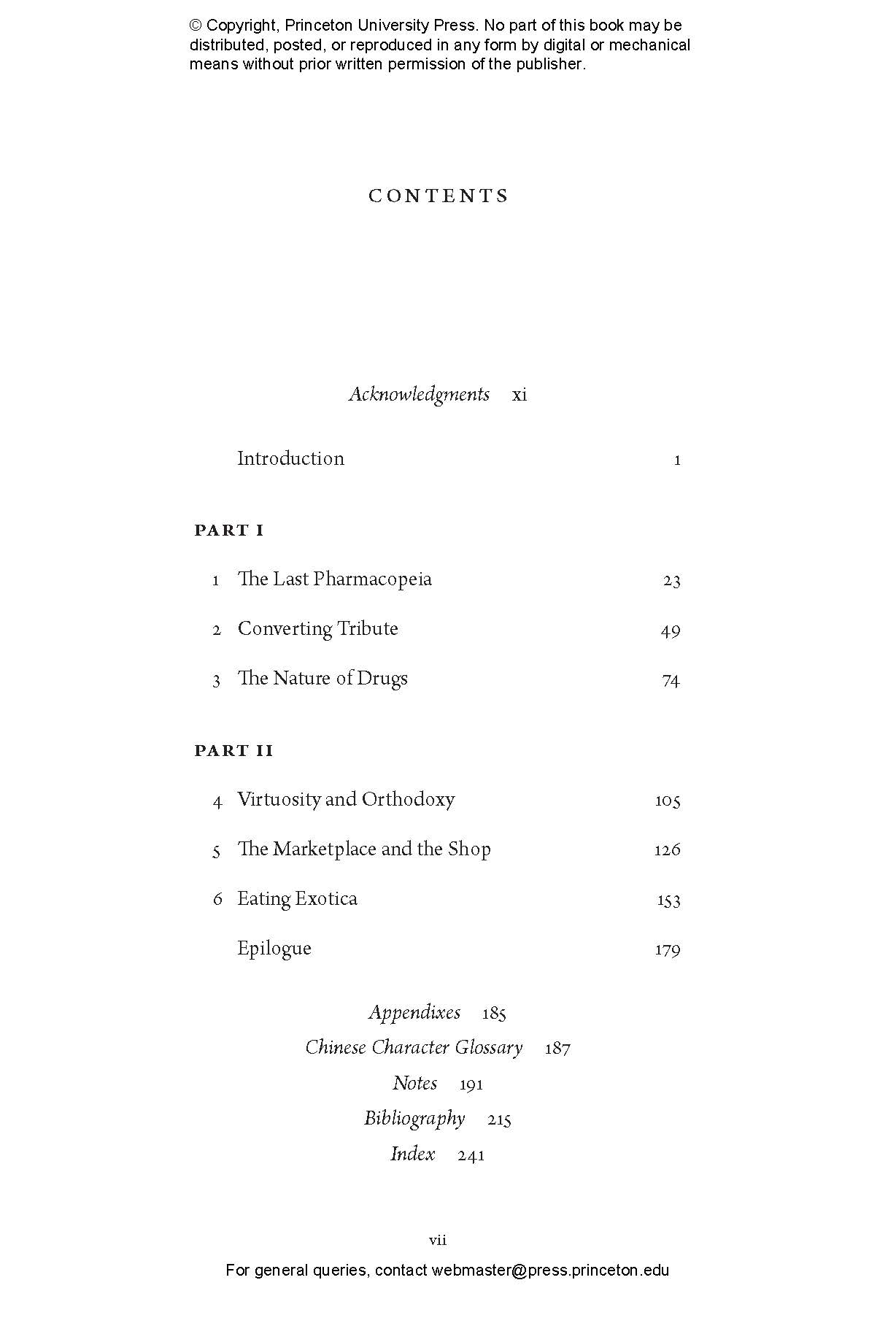 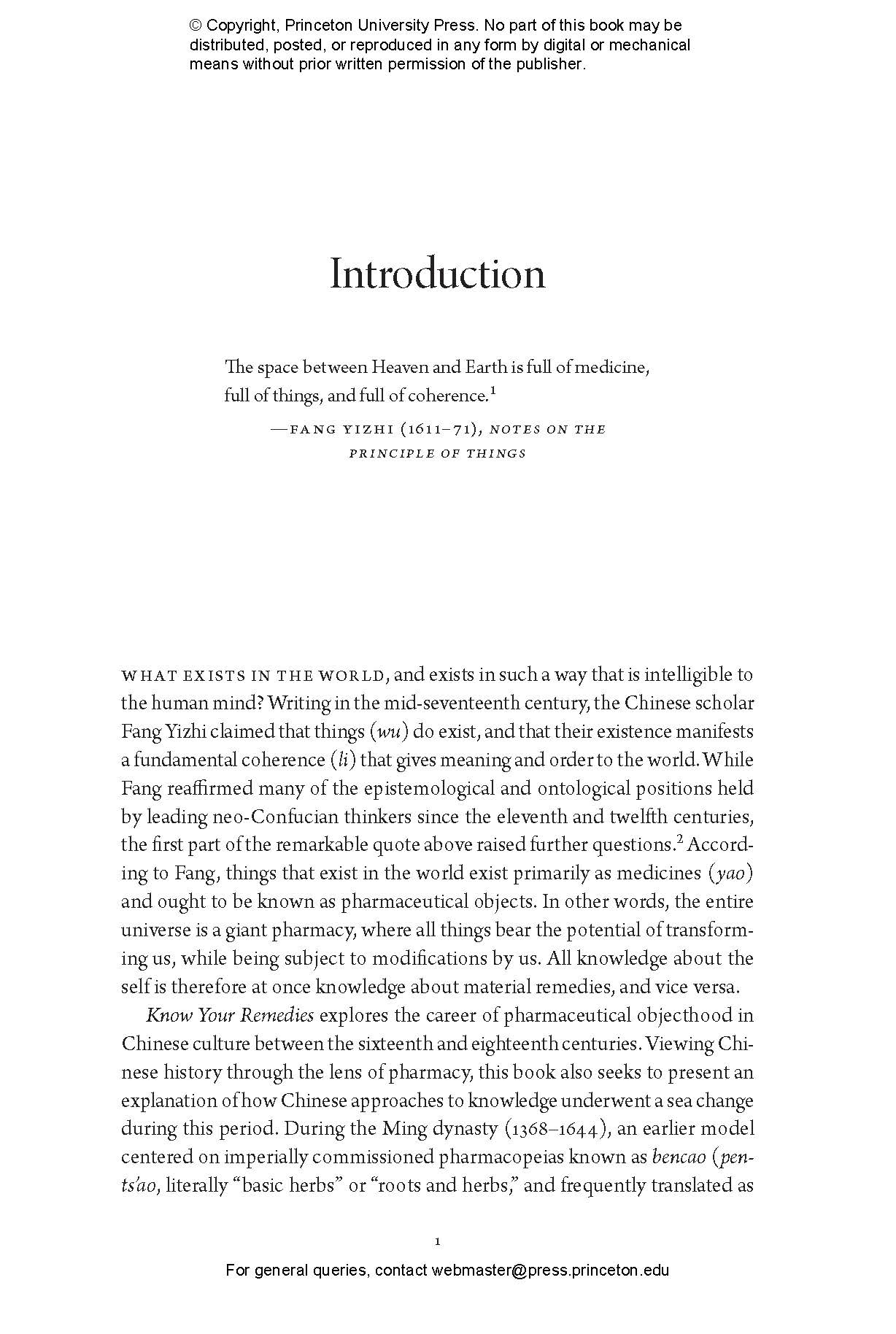 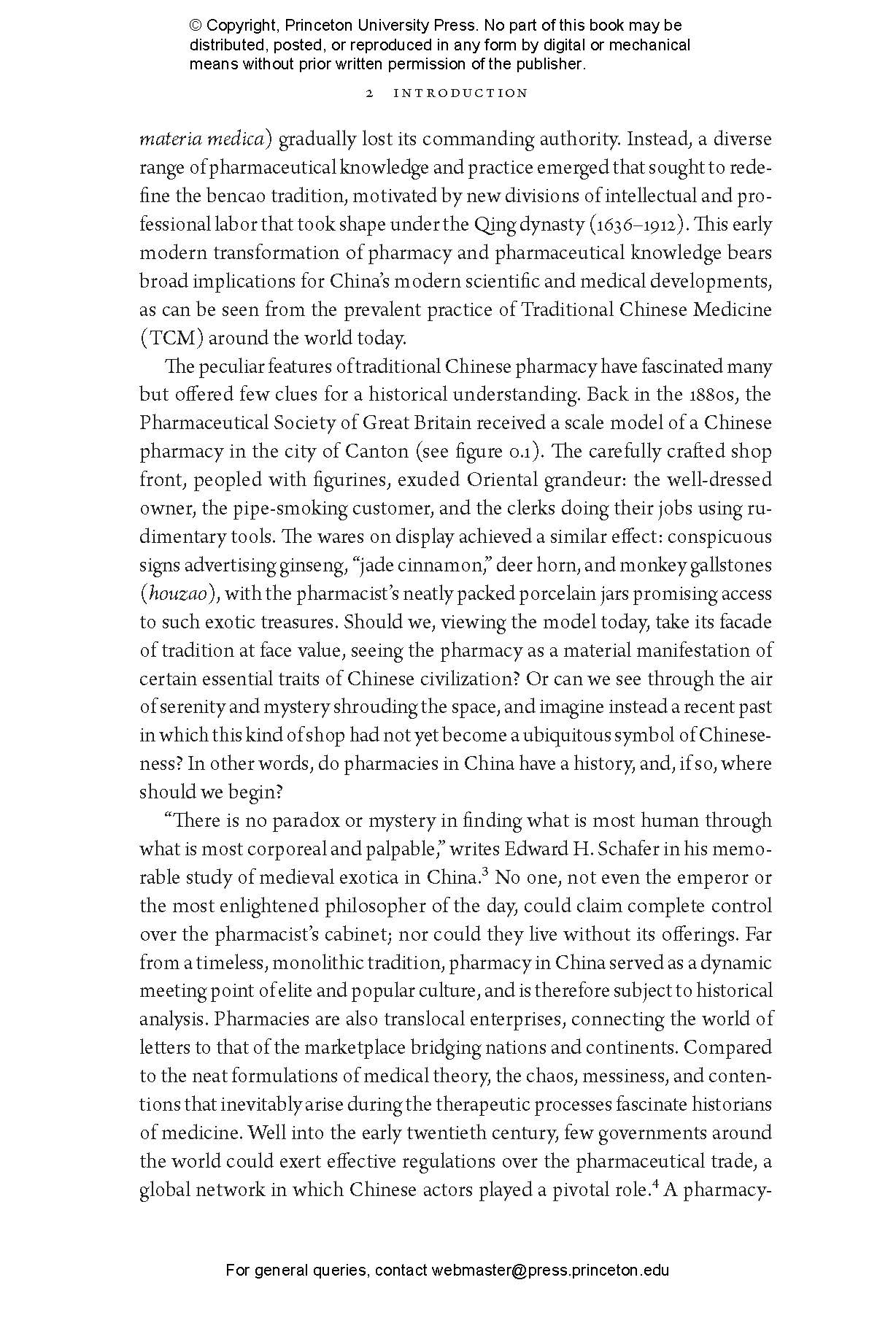 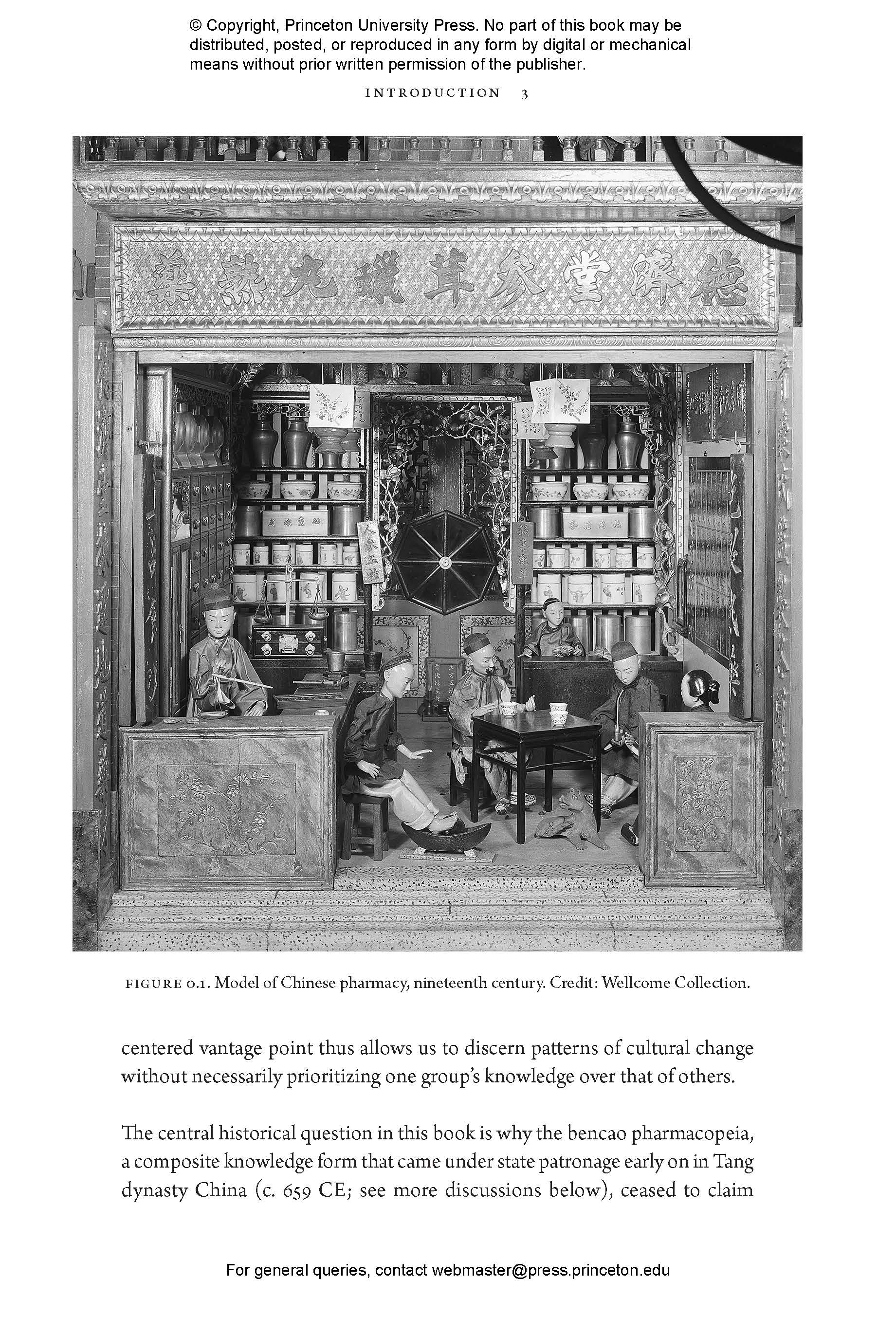 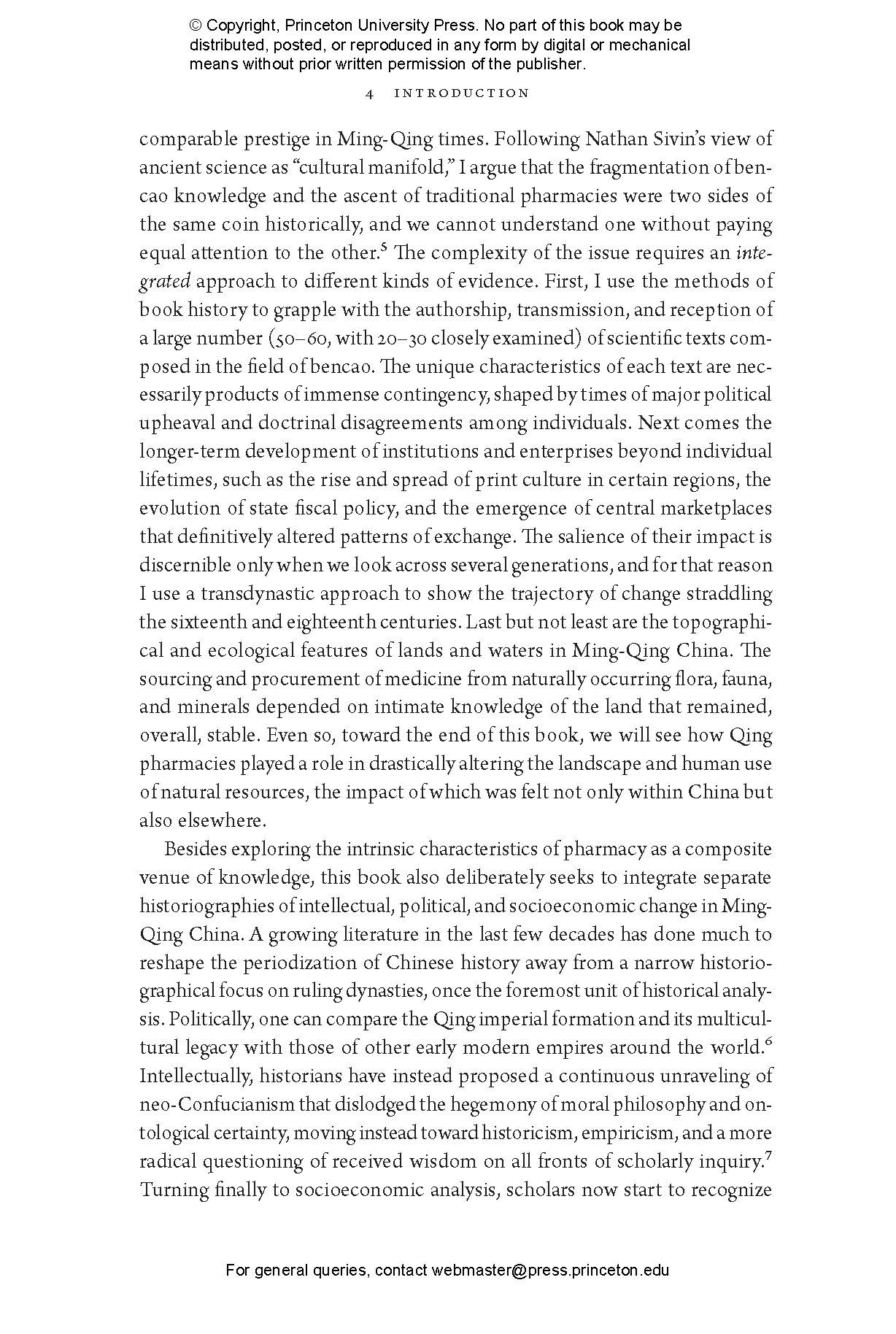 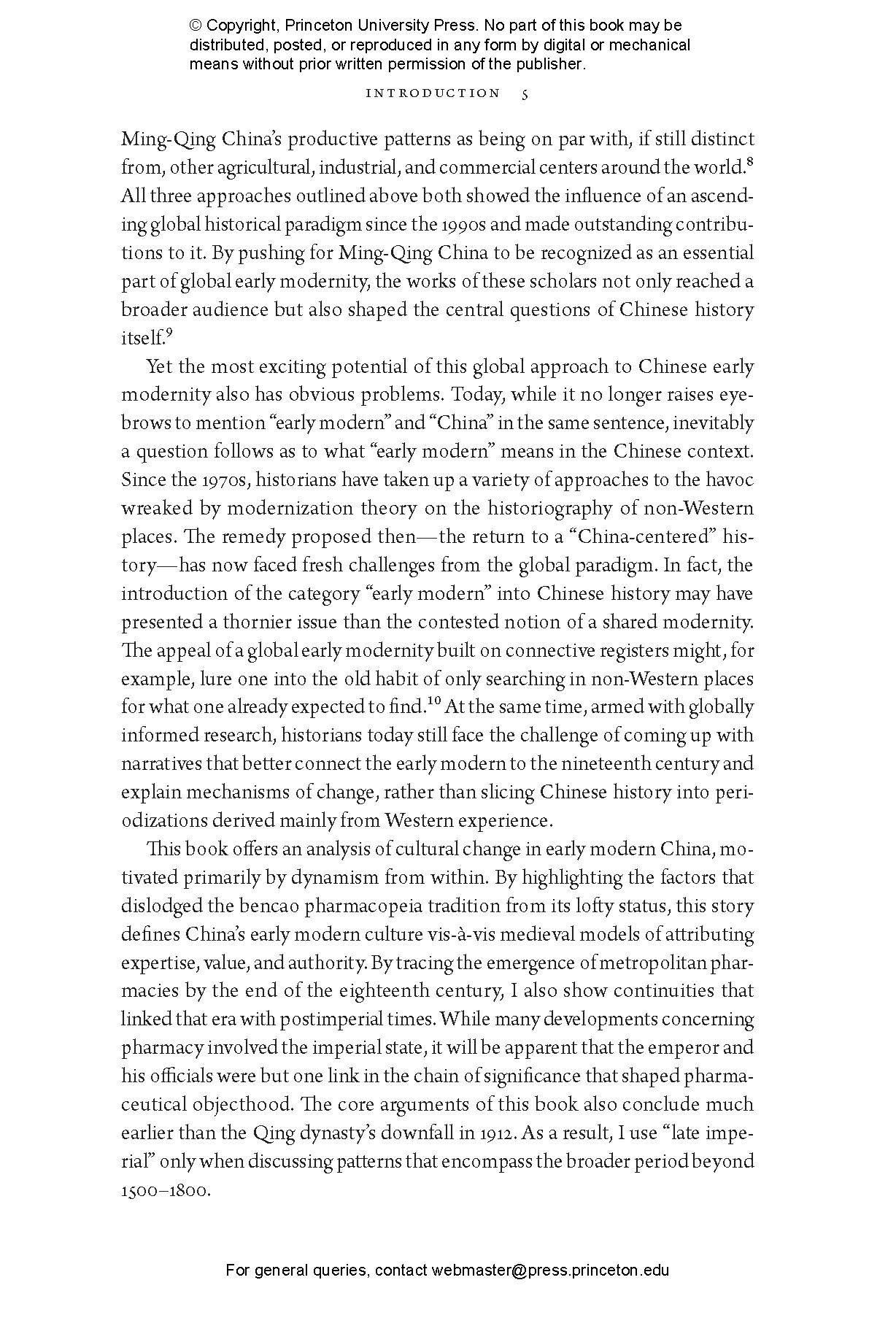 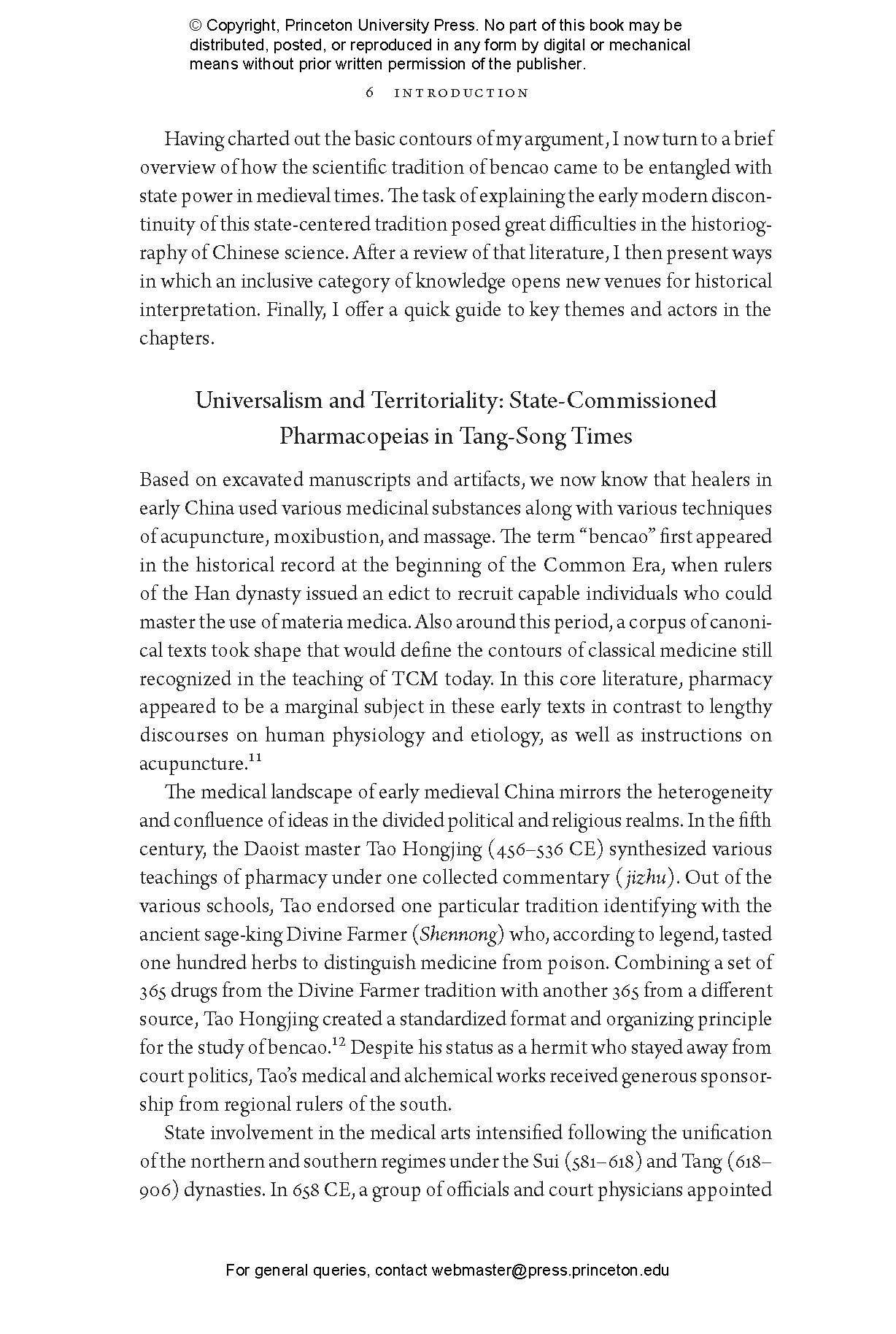 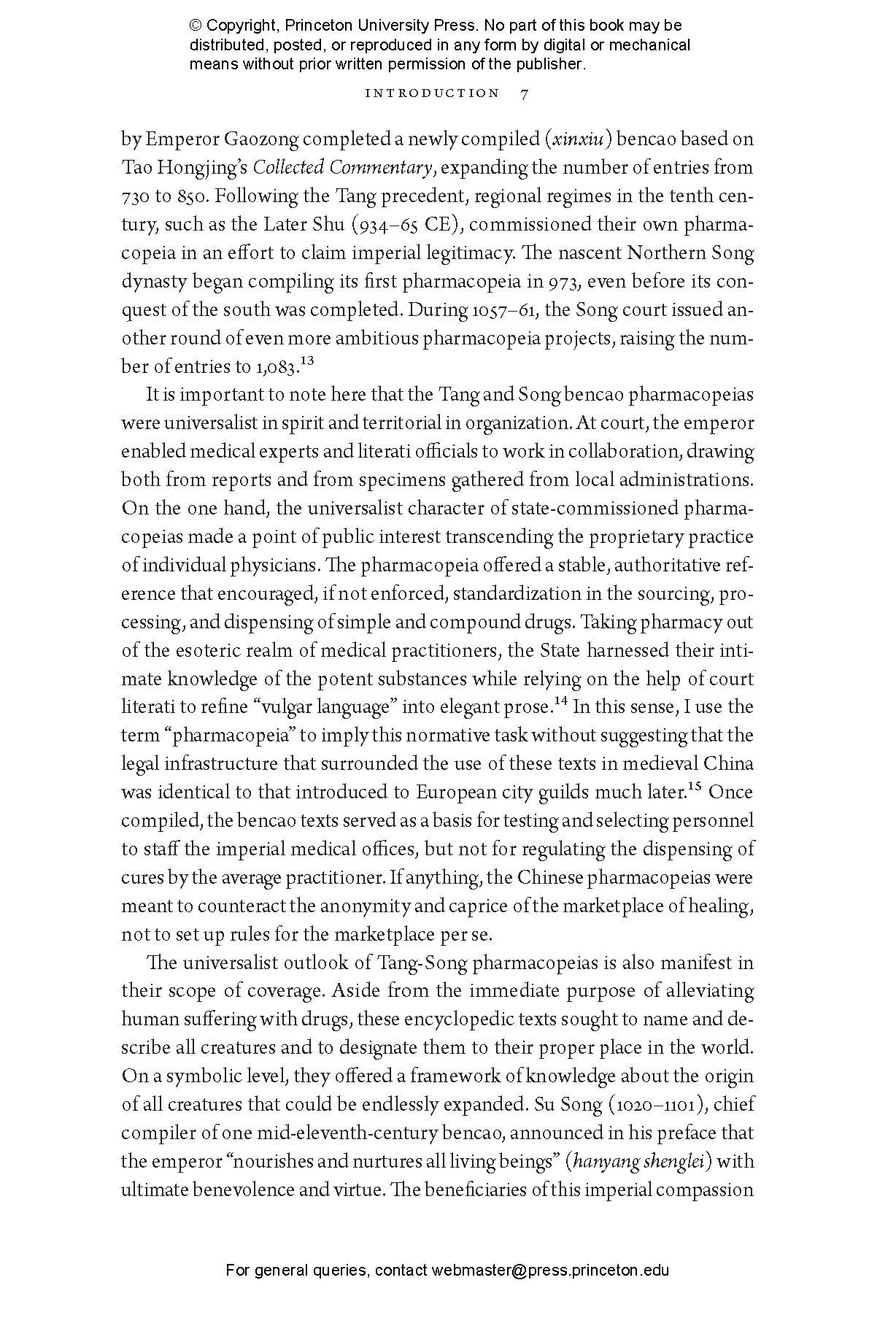 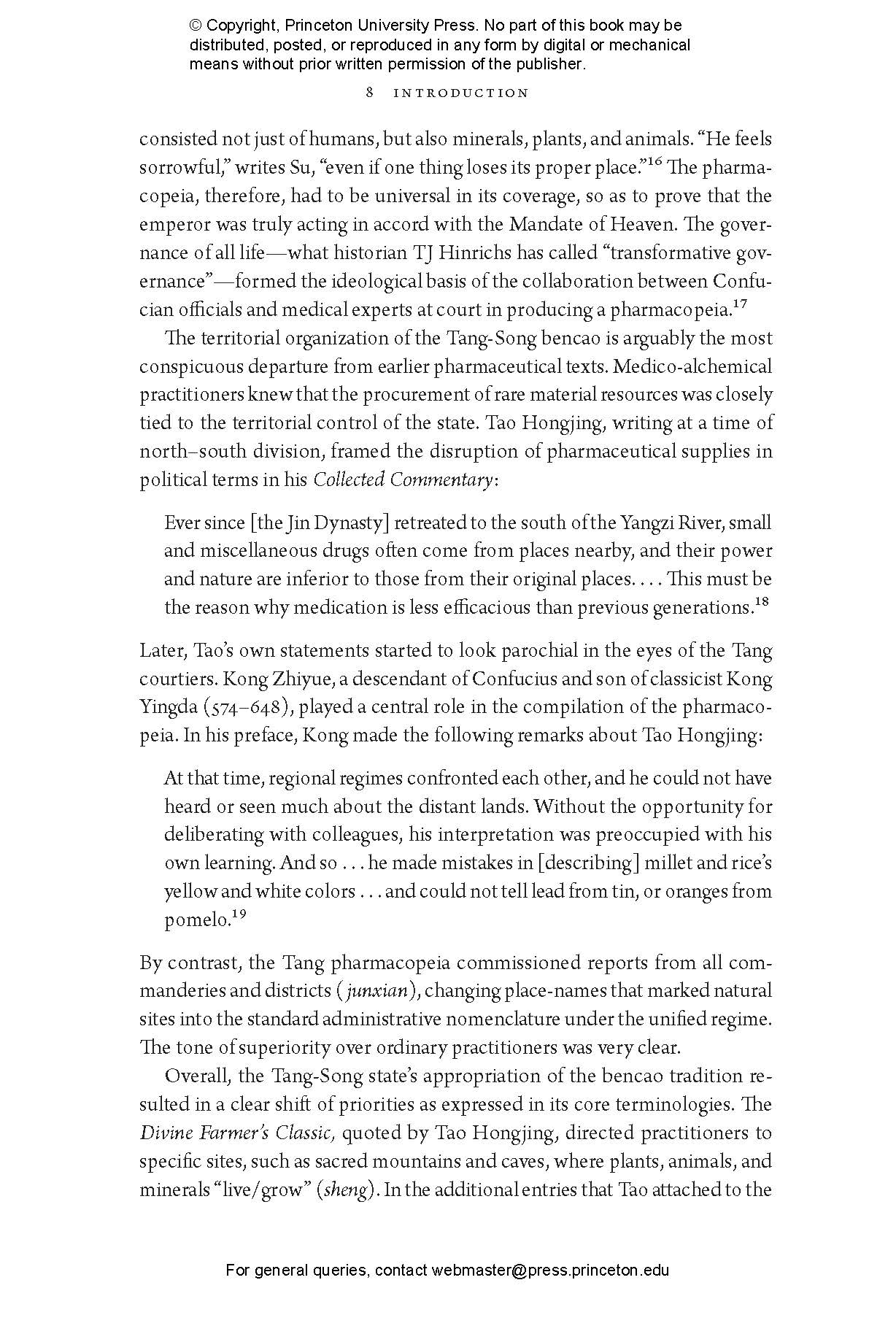 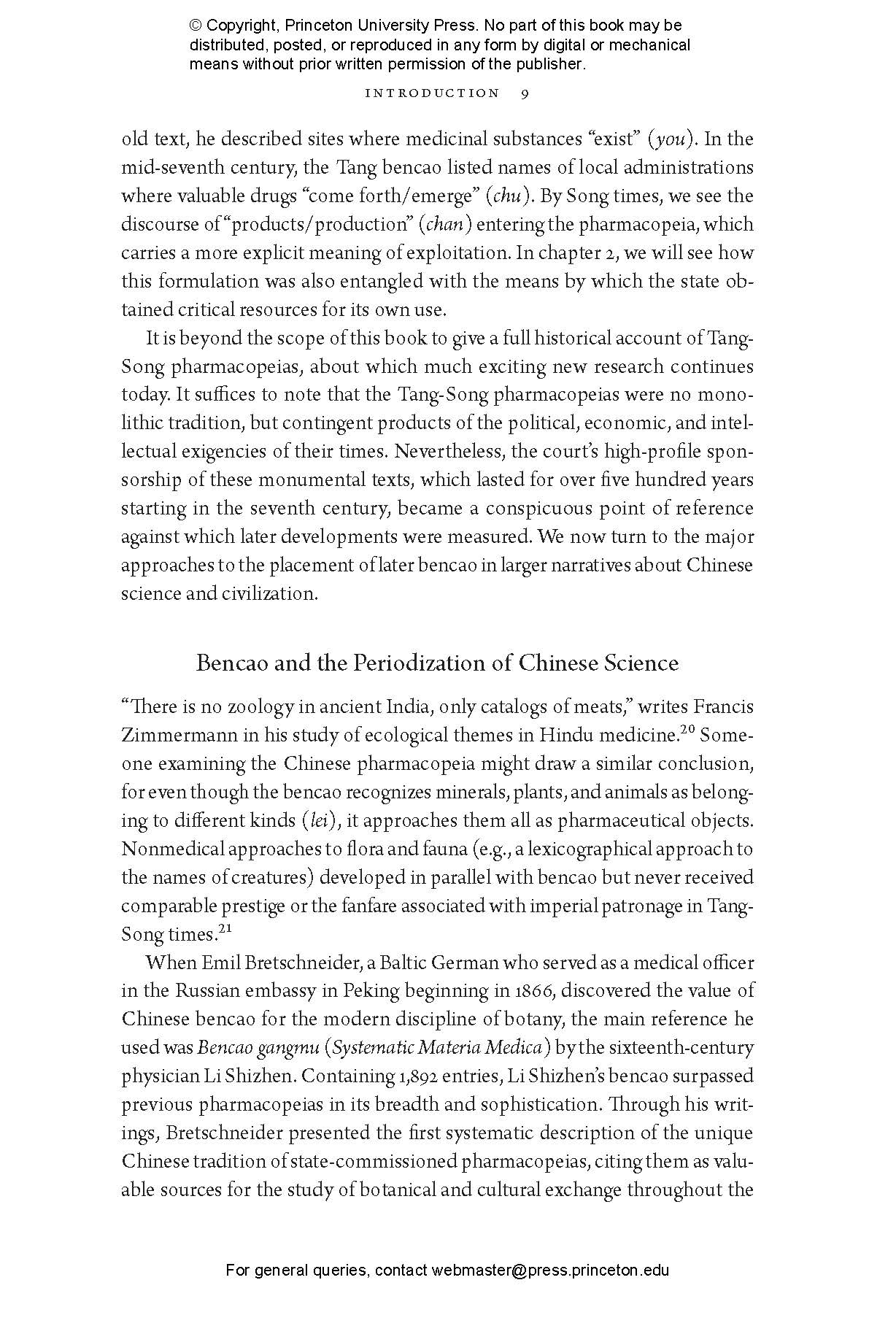 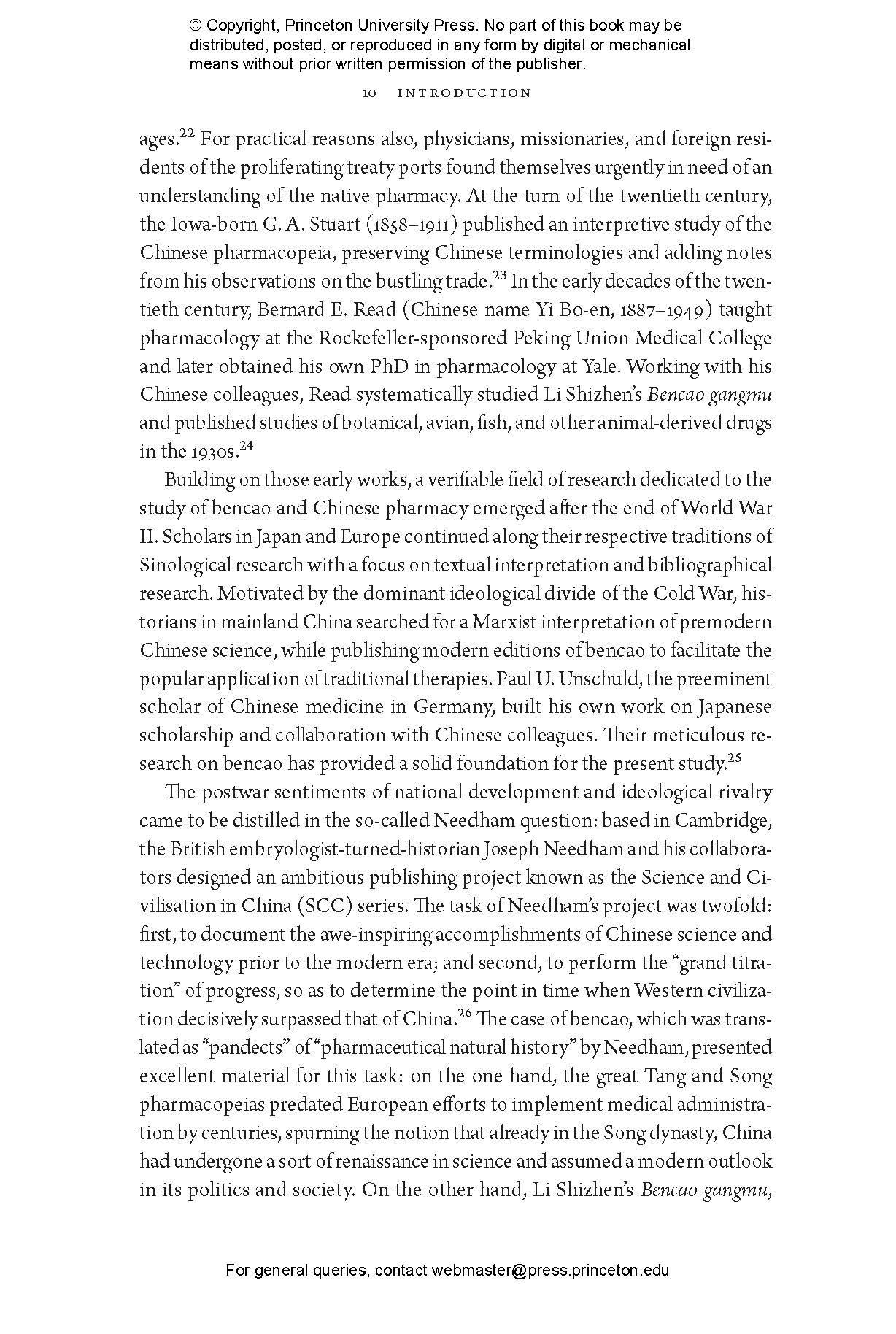 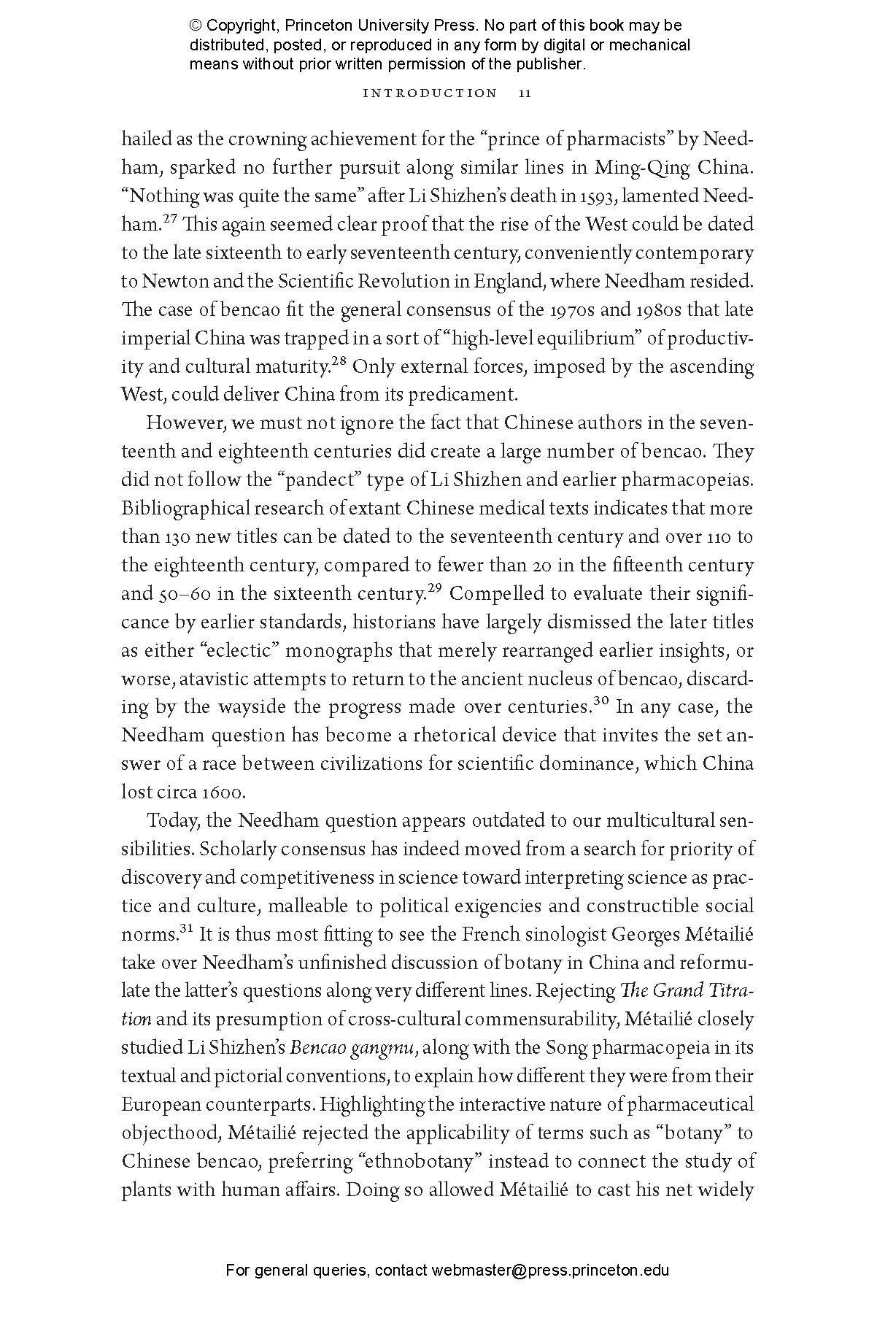 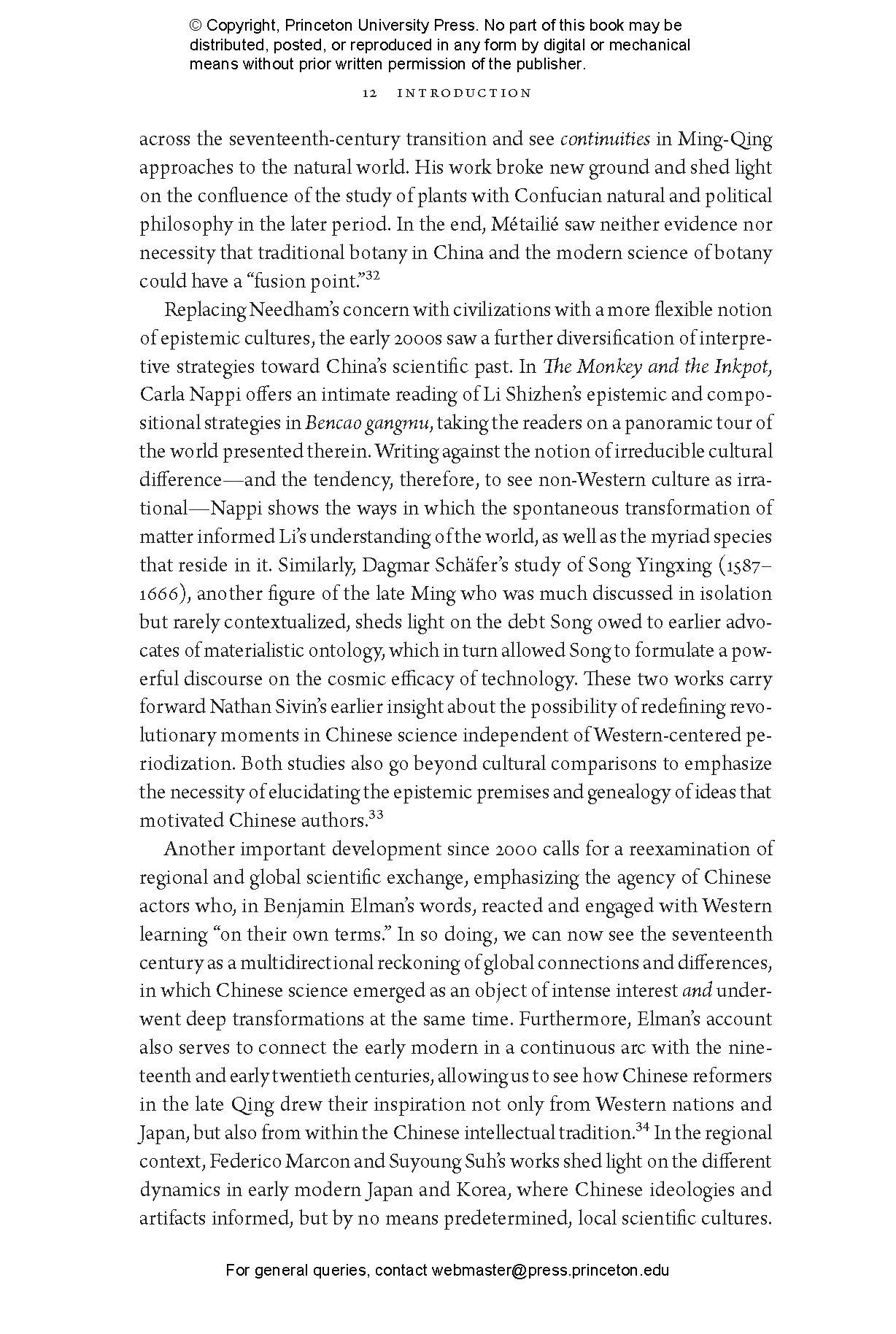 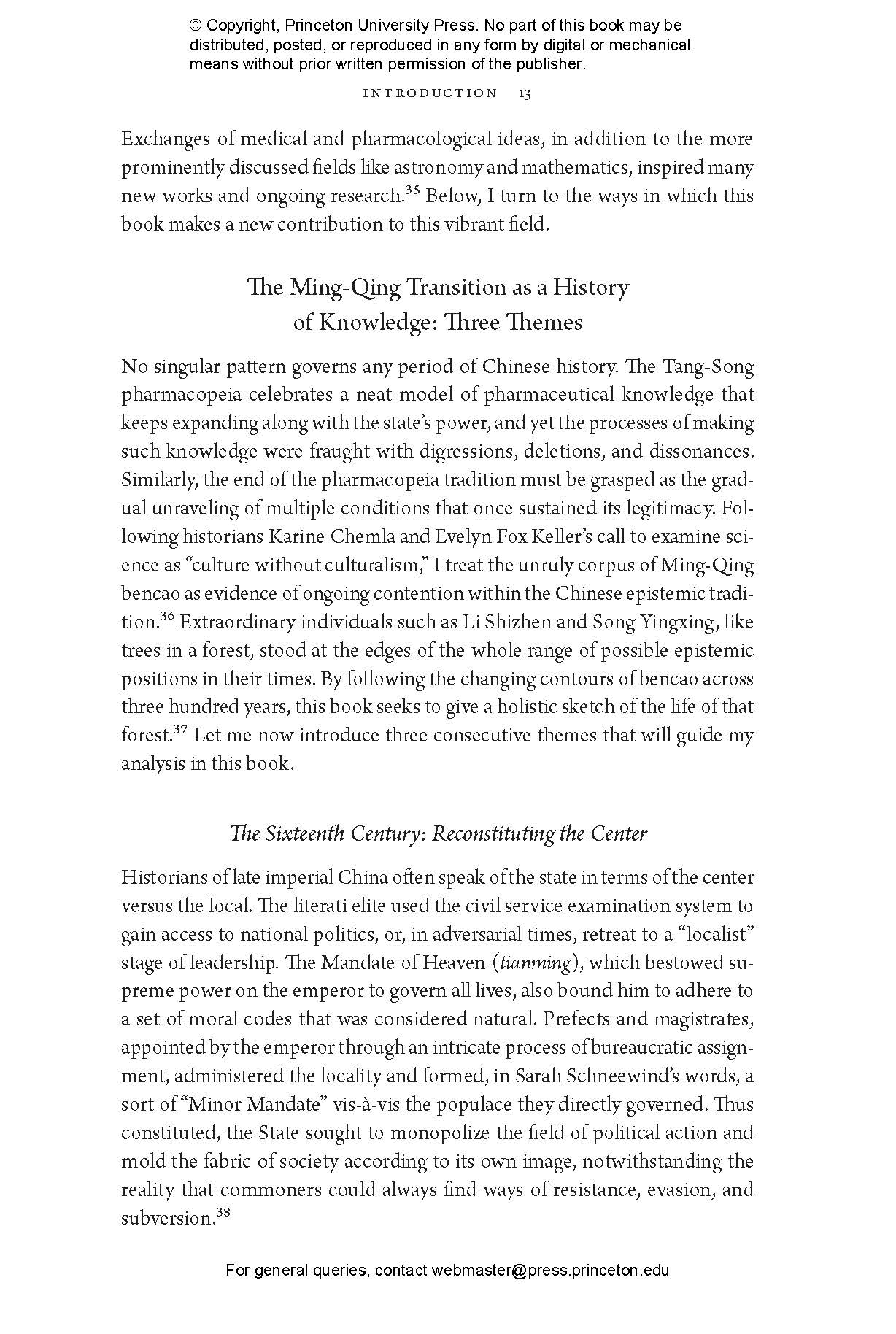 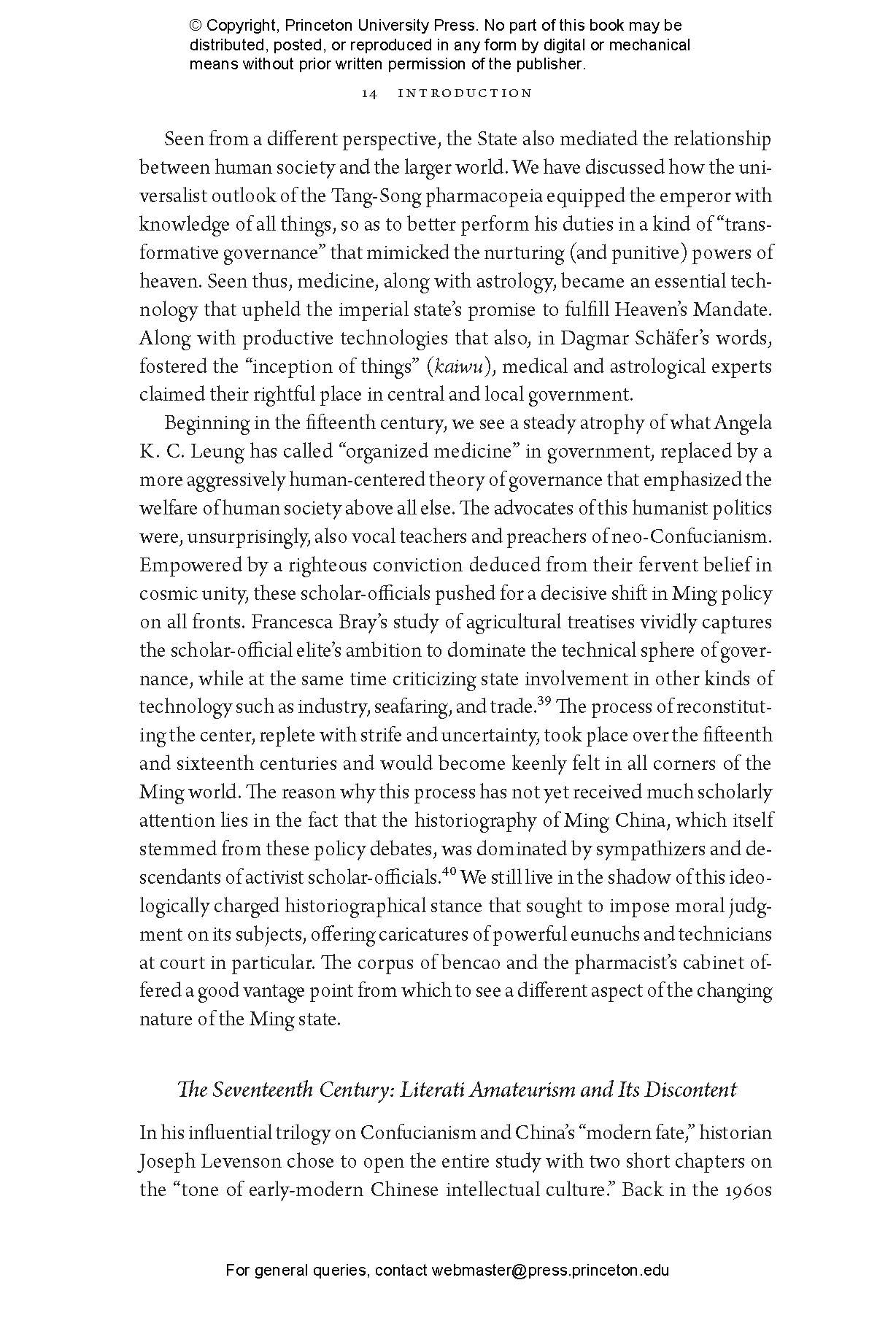 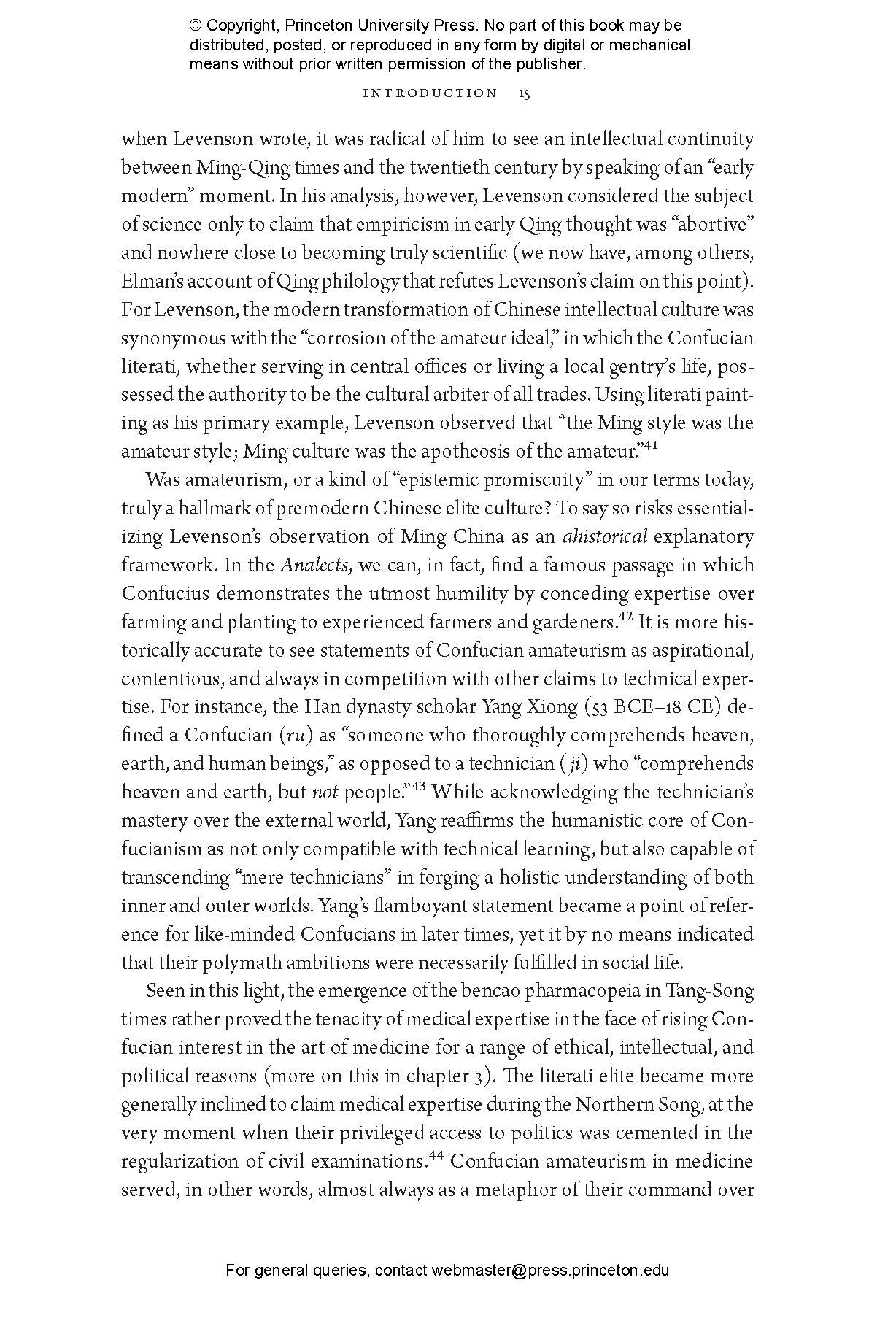 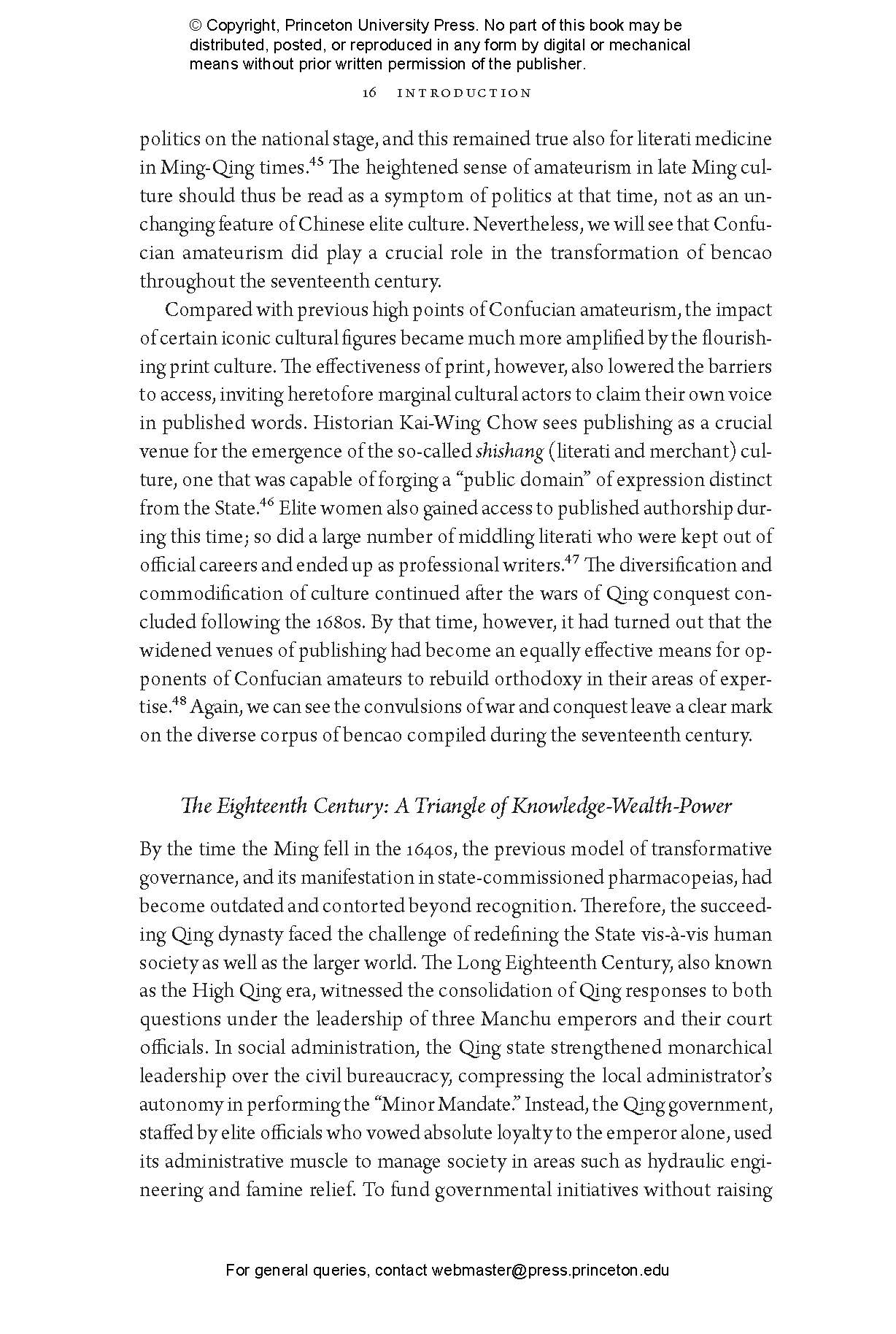 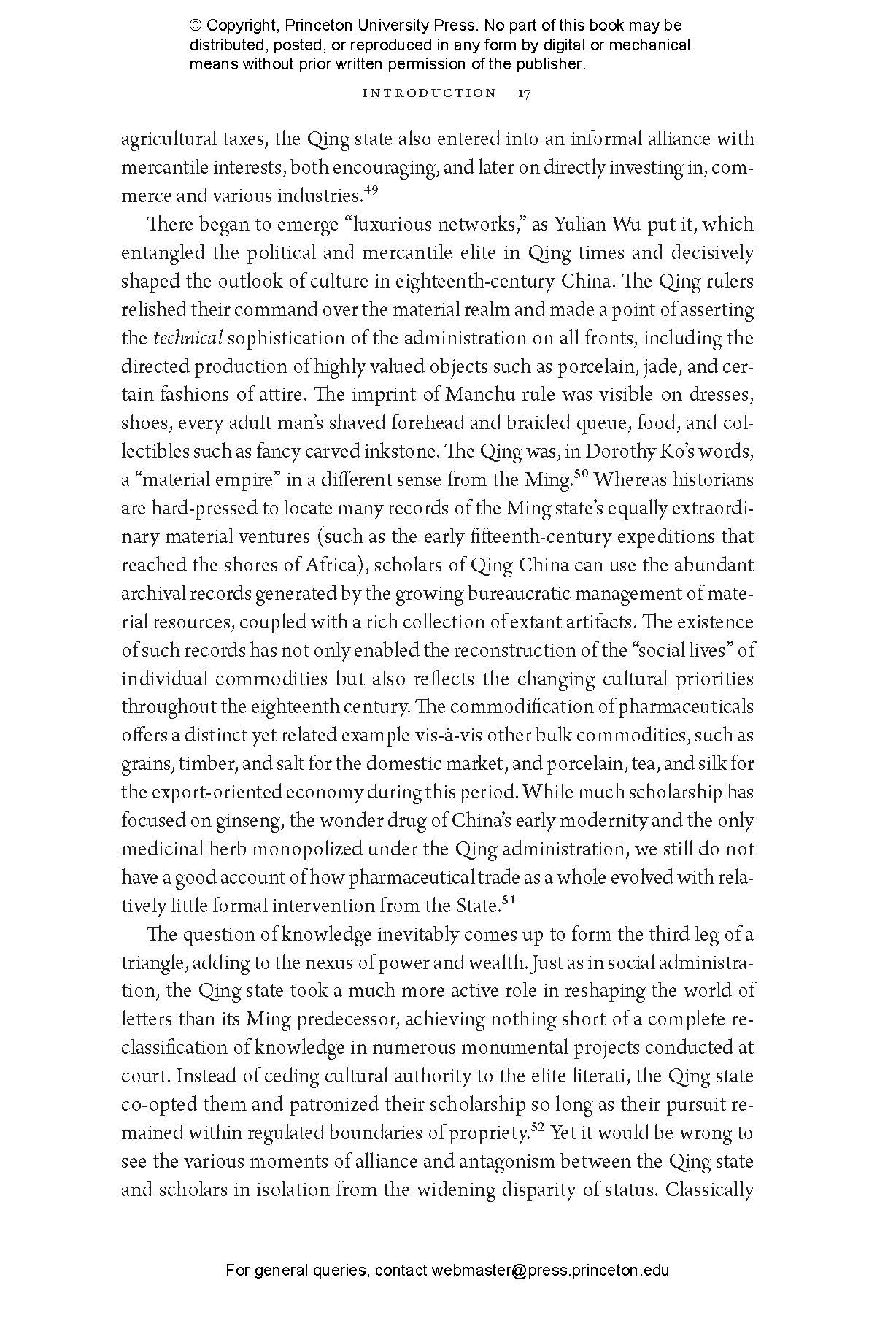 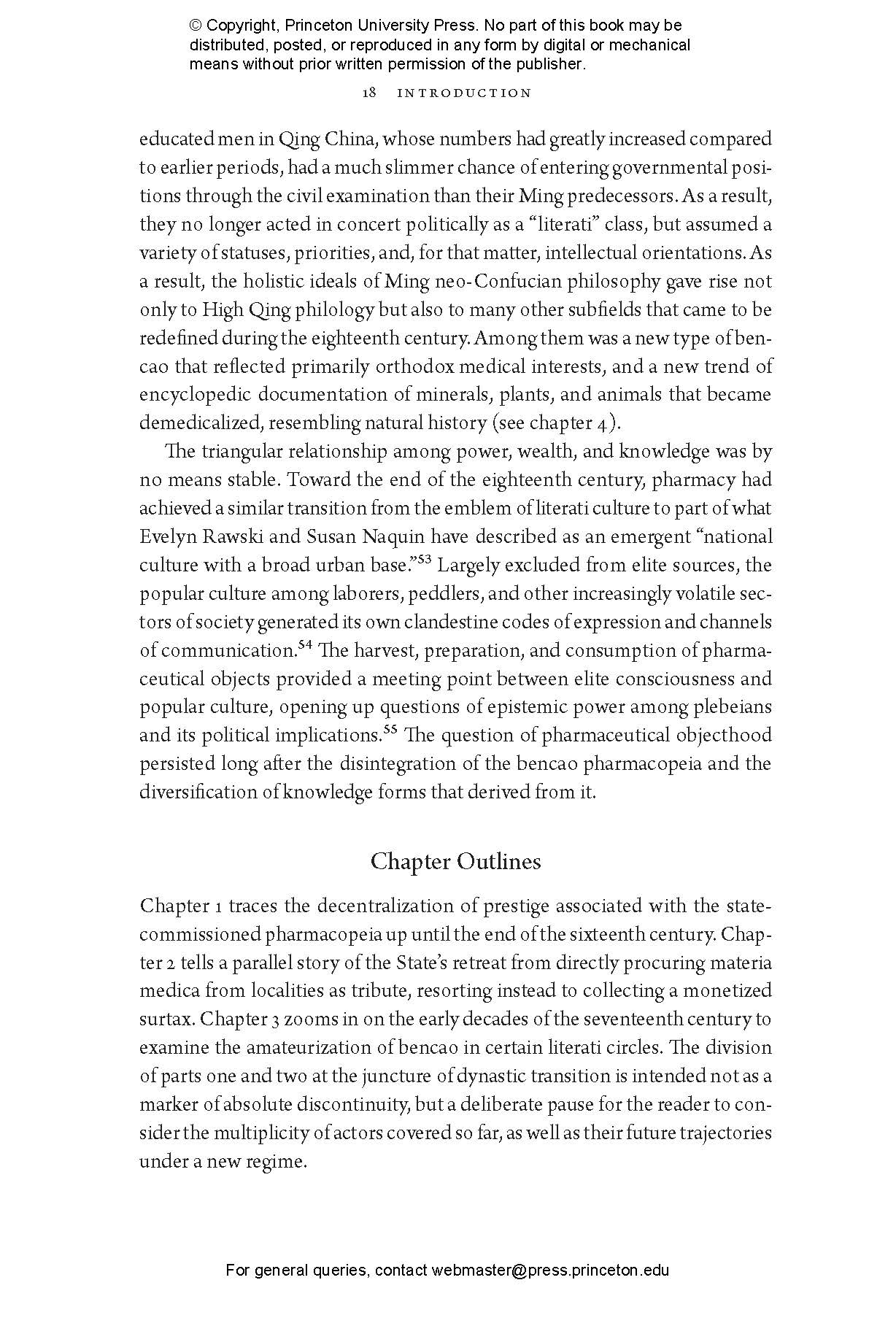 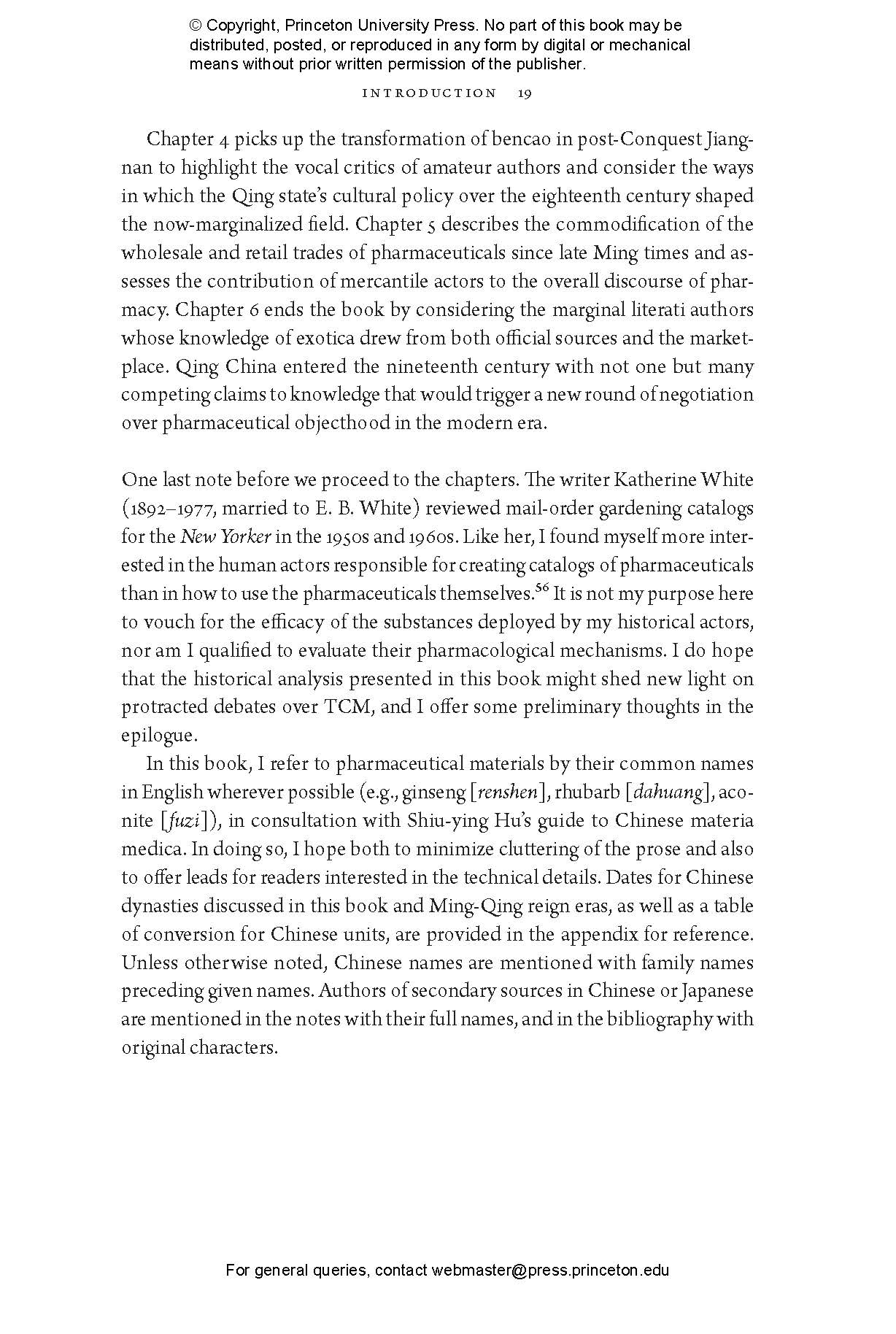 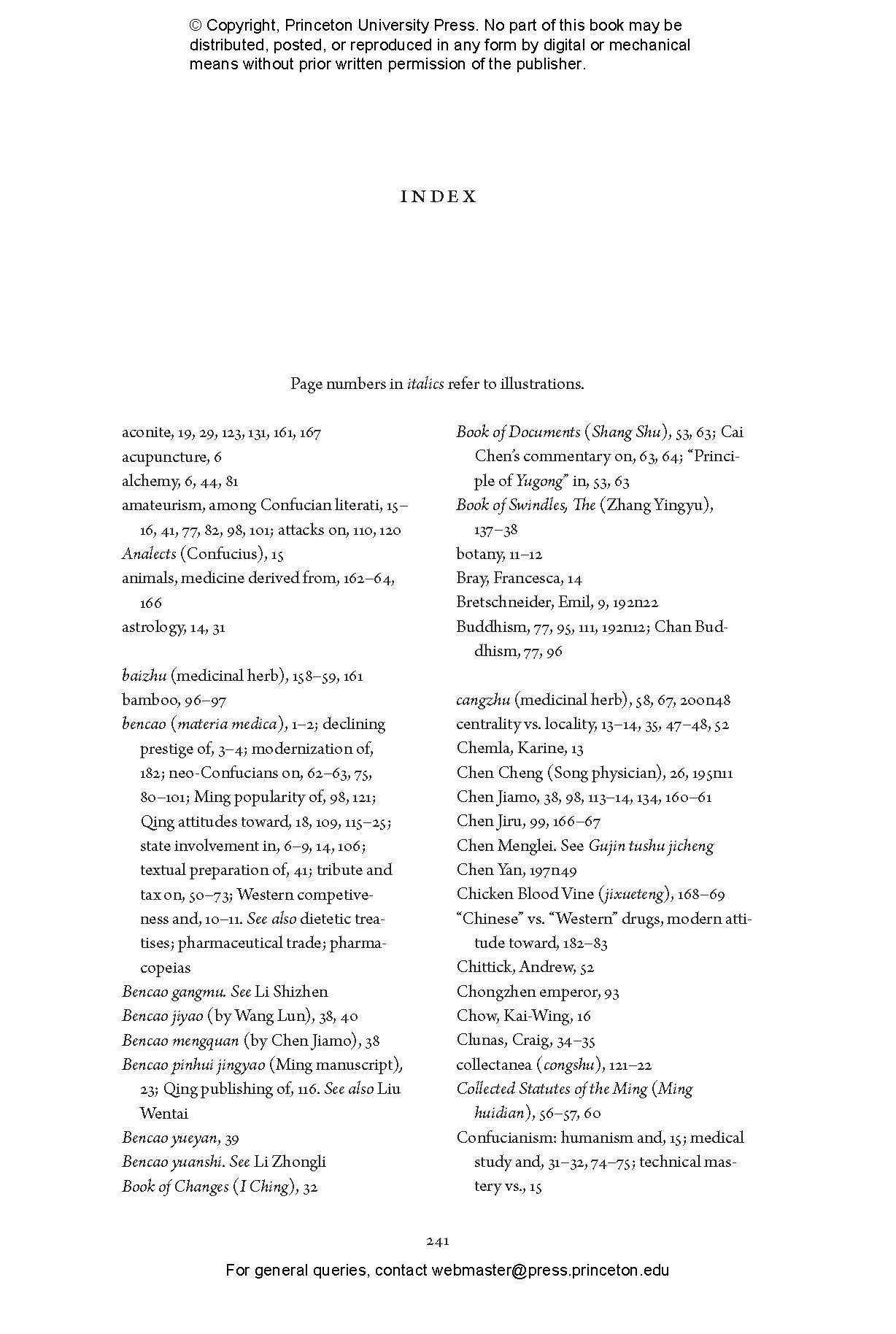 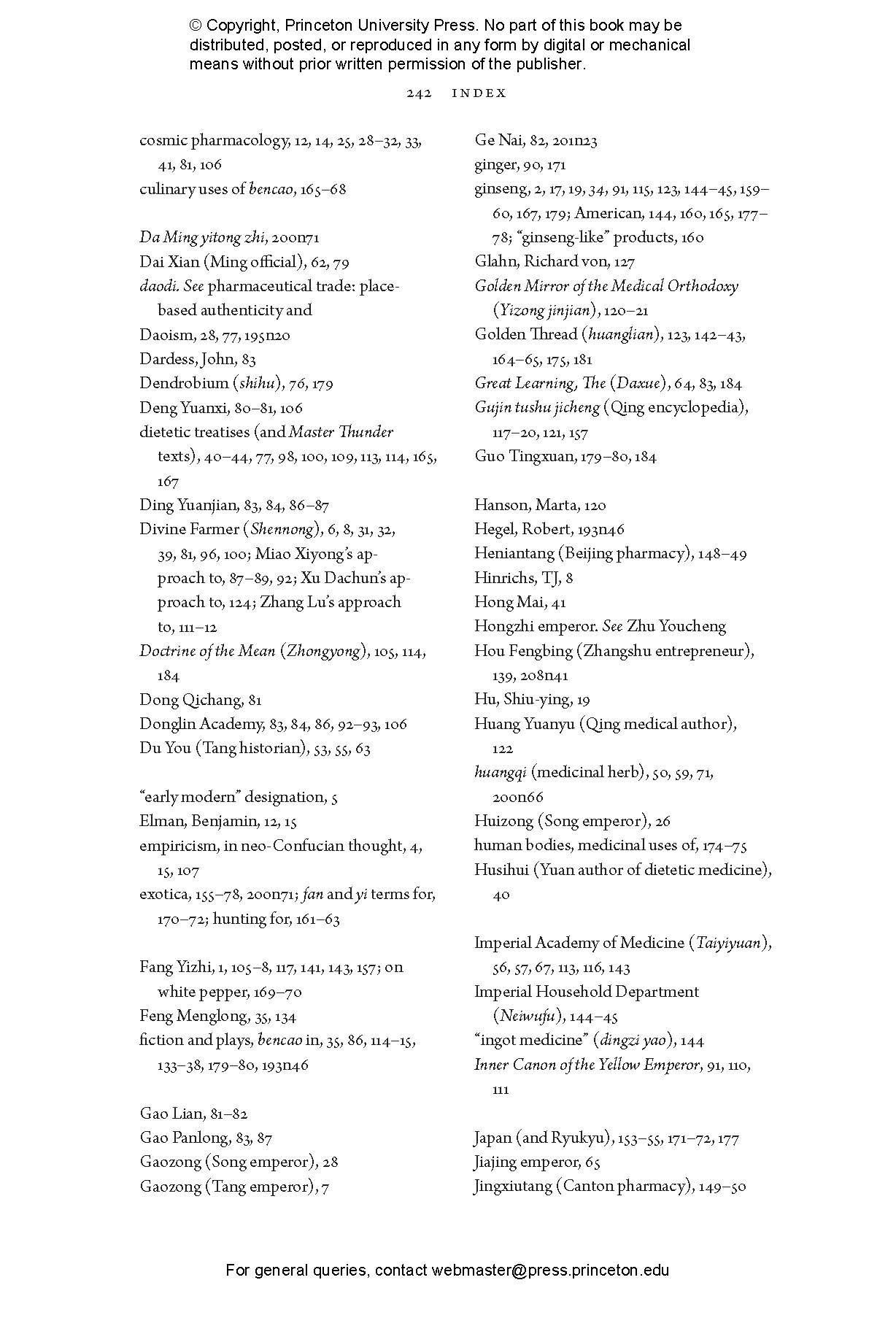 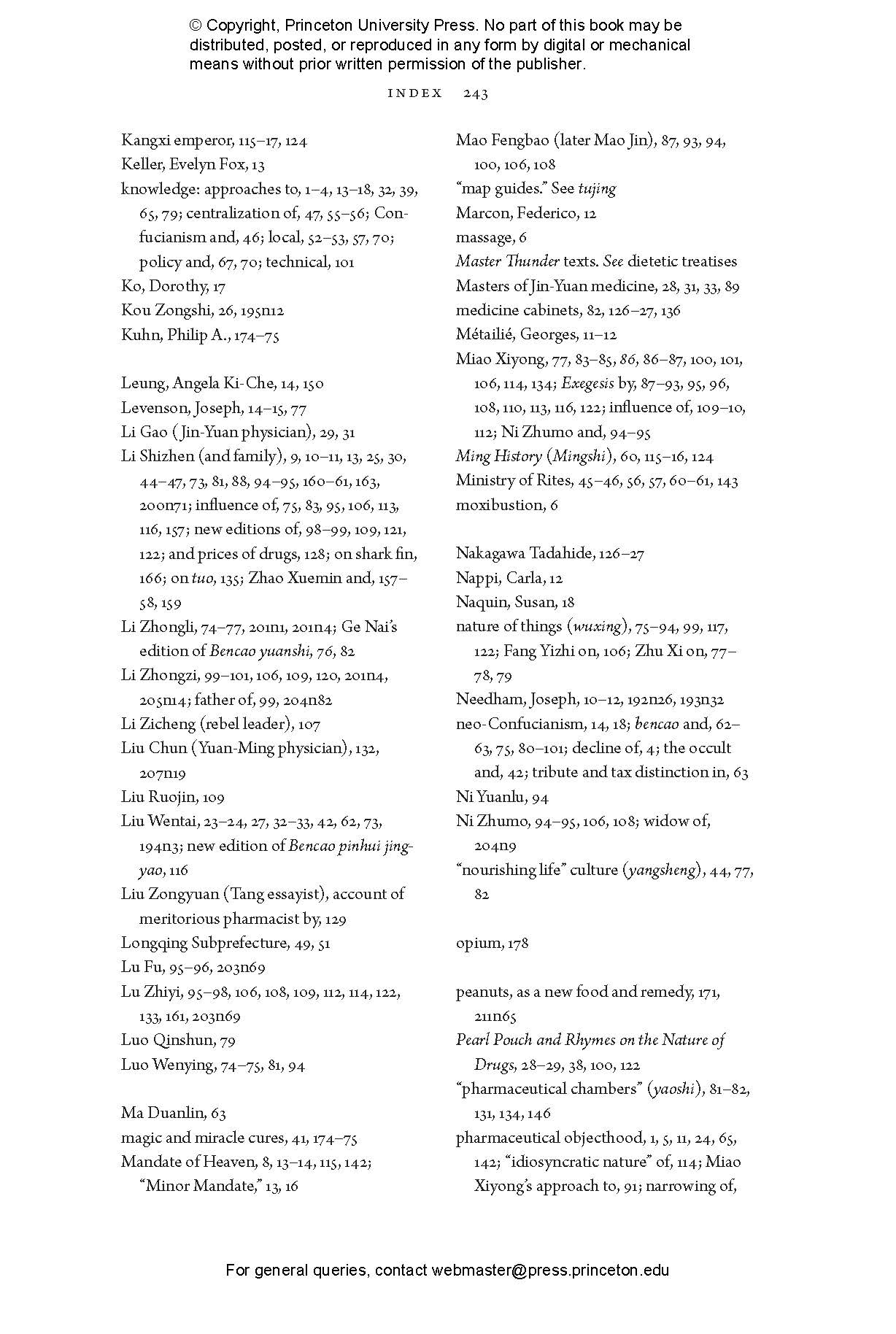 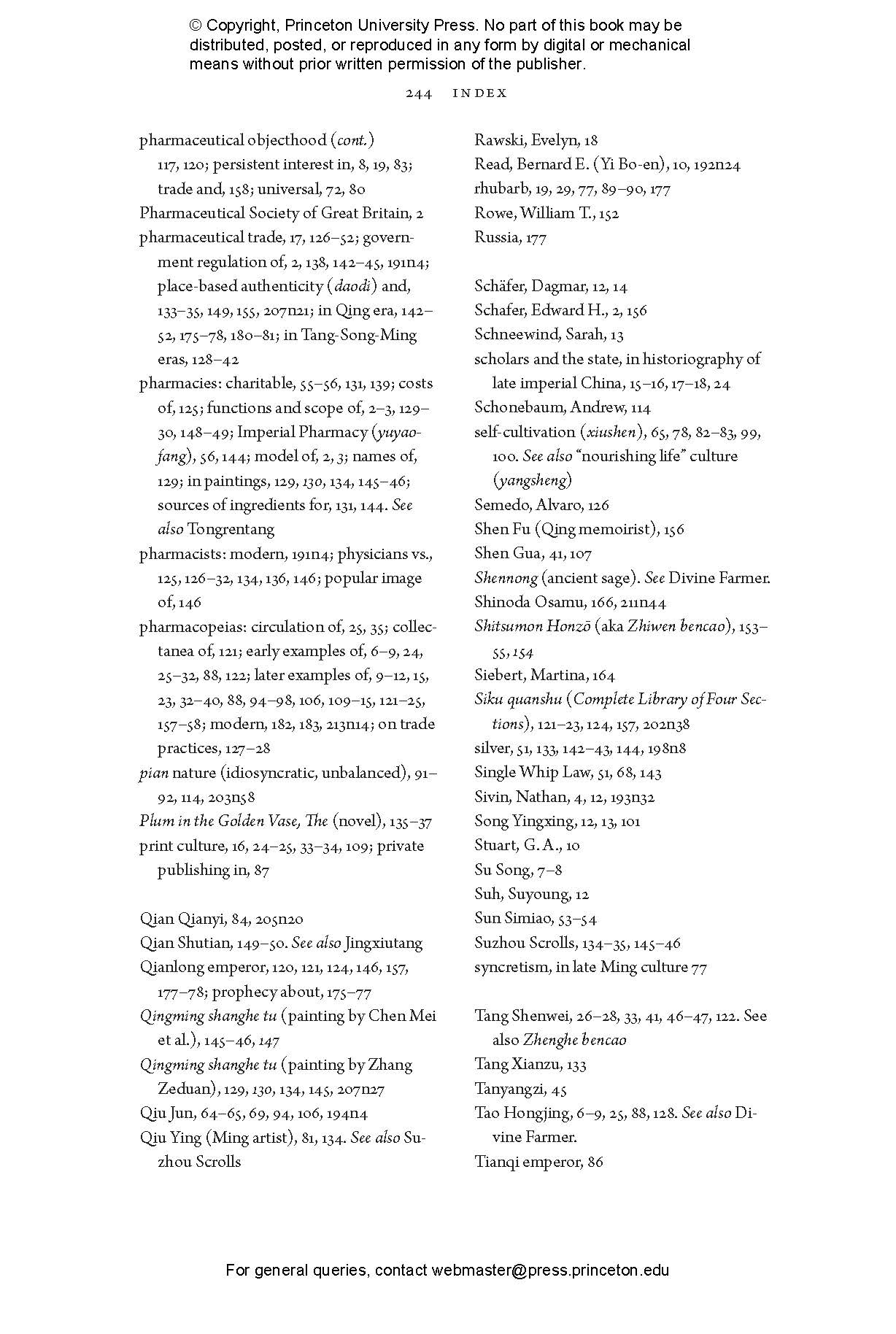 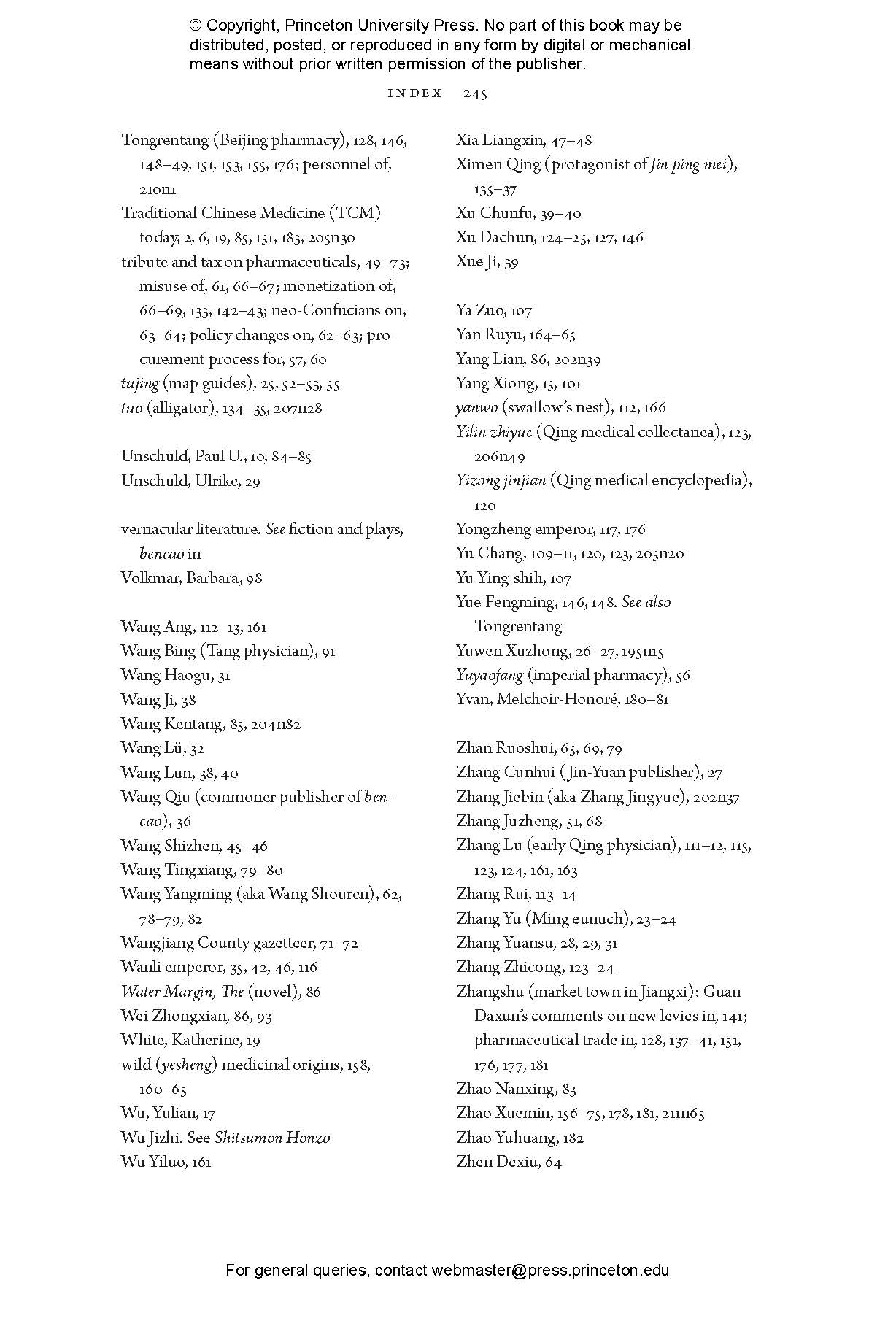 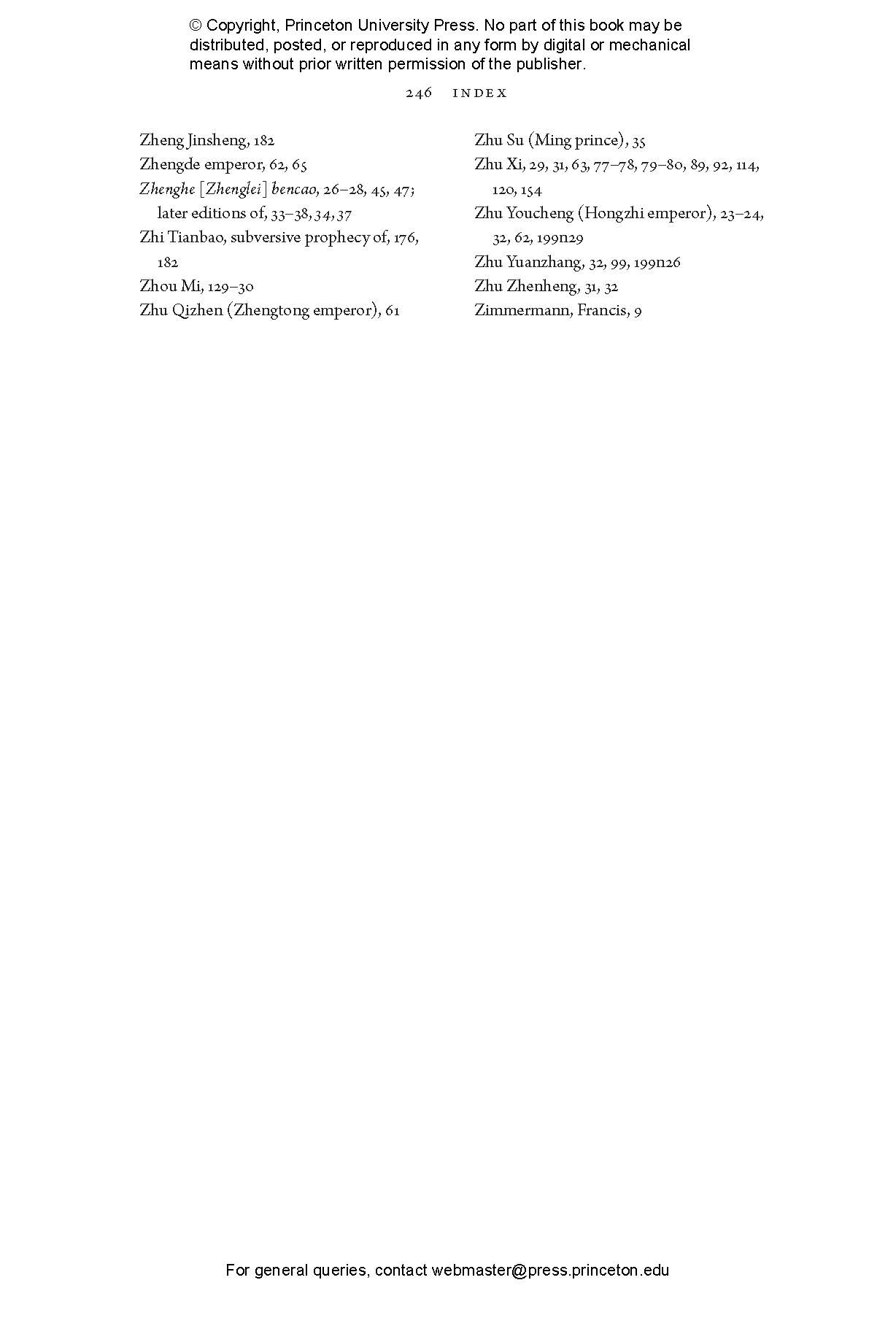 A cultural history of the concept of pharmacy, both the material nature of drugs and the trade in medicine, in early modern China 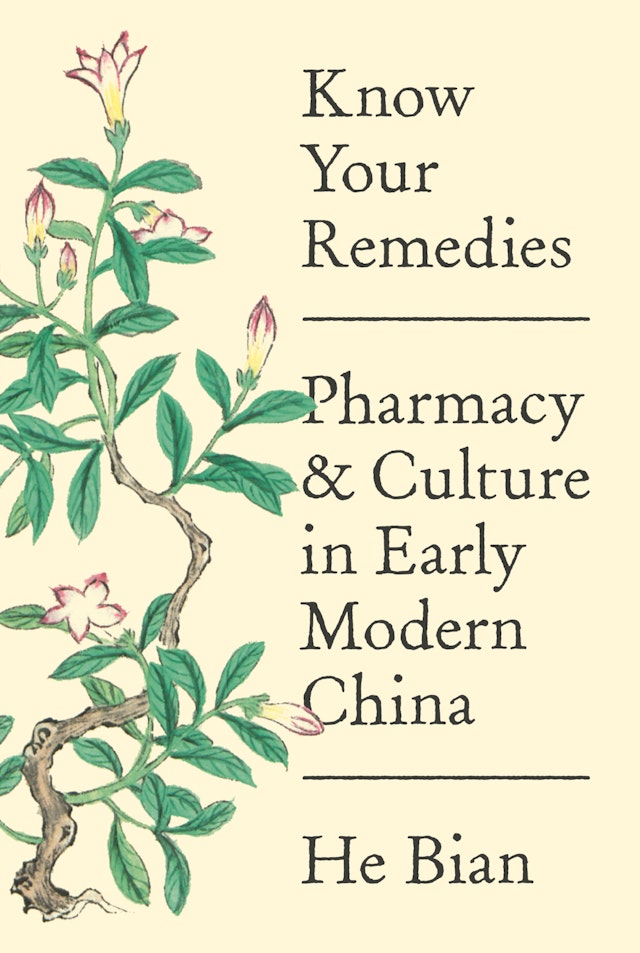 Know Your Remedies presents a panoramic inquiry into China’s early modern cultural transformation through the lens of pharmacy. In the history of science and civilization in China, pharmacy—as a commercial enterprise and as a branch of classical medicine—resists easy characterization. While China’s long tradition of documenting the natural world through state-commissioned pharmacopeias, known as bencao, dwindled after the sixteenth century, the ubiquitous presence of Chinese pharmacy shops around the world today testifies to the vitality of Traditional Chinese Medicine. Rejecting narratives of intellectual stagnation or an unchanging folk culture, He Bian argues that pharmacy’s history in early modern China can best be understood as a dynamic interplay between elite and popular culture.

Beginning with decentralizing trends in book culture and fiscal policy in the sixteenth century, Bian reveals pharmacy’s central role in late Ming public discourse. Fueled by factional politics in the early 1600s, amateur investigation into pharmacology reached peak popularity among the literati on the eve of the Qing conquest in the mid-seventeenth century. The eighteenth century witnessed a systematic reclassification of knowledge, as the Qing court turned away from pharmacopeia in favor of a demedicalized natural history. Throughout this time, growth in long-distance trade enabled the rise of urban pharmacy shops, generating new knowledge about the natural world.

Bringing together a wealth of primary sources, Know Your Remedies makes an essential contribution to the study of Chinese history and the history of medicine.

He Bian is assistant professor of history and East Asian studies at Princeton University.

"An entirely novel approach to a known topic. . . . Read this book with interest and pleasure to begin to appreciate the development of a complex nation over two thousand years of conquering, and being conquered by, people of diverse faiths and national structures."—Tony Dayan, British Society for the History of Medicine

"Bian presents us with a rich trove of fascinating material taken from an impressive volume of primary sources, from which she constructs an intimate analysis of how medical knowledge was made and understood in its own context."—Timothy Brook, author of Great State: China and the World

"Know Your Remedies makes the pharmacy—both pharmaceutical knowledge and the manufacture and sale of medicines—a persuasive and entertaining guide to major transformations in the conceptualization and production of knowledge in early modern China. Bian skillfully employs the methods of book history and political history, as well as science and technology and material culture studies, to reconstruct the evolution of new categories and hierarchies of knowledge in the late Ming and early Qing."—Cynthia Brokaw, Brown University

"In this ambitious book, Bian invites readers to discover how the regulation of markets, the governance of political subjects, and the ordering of the world of things intersect in the pharmacopoeia of Ming and Qing China. Elegantly structured and accessible to the nonspecialist, Know Your Remedies is a powerful study of pharmaceutical knowledge as a way of knowing the world."—Jeremy Greene, Johns Hopkins University

"This magnificent book is destined to become a classic. Meticulously researched and written with verve, Know Your Remedies offers a new picture of the centrality and dynamic nature of pharmacy in early modern China. Bian’s research is deep and authoritative and her methods exemplary."—Dorothy Ko, Barnard College

"This dazzling historical work takes us through the conduits of a world that healed through complex, compound remedies. In Know Your Remedies, we learn of states and markets, of herbs given as tributary wares to the Ming court and sold as exotic food and drugs by the Qing. This is an indispensable book for all those interested in the history and science of late imperial Chinese medicine."—Dagmar Schäfer, Max Planck Institute for the History of Science