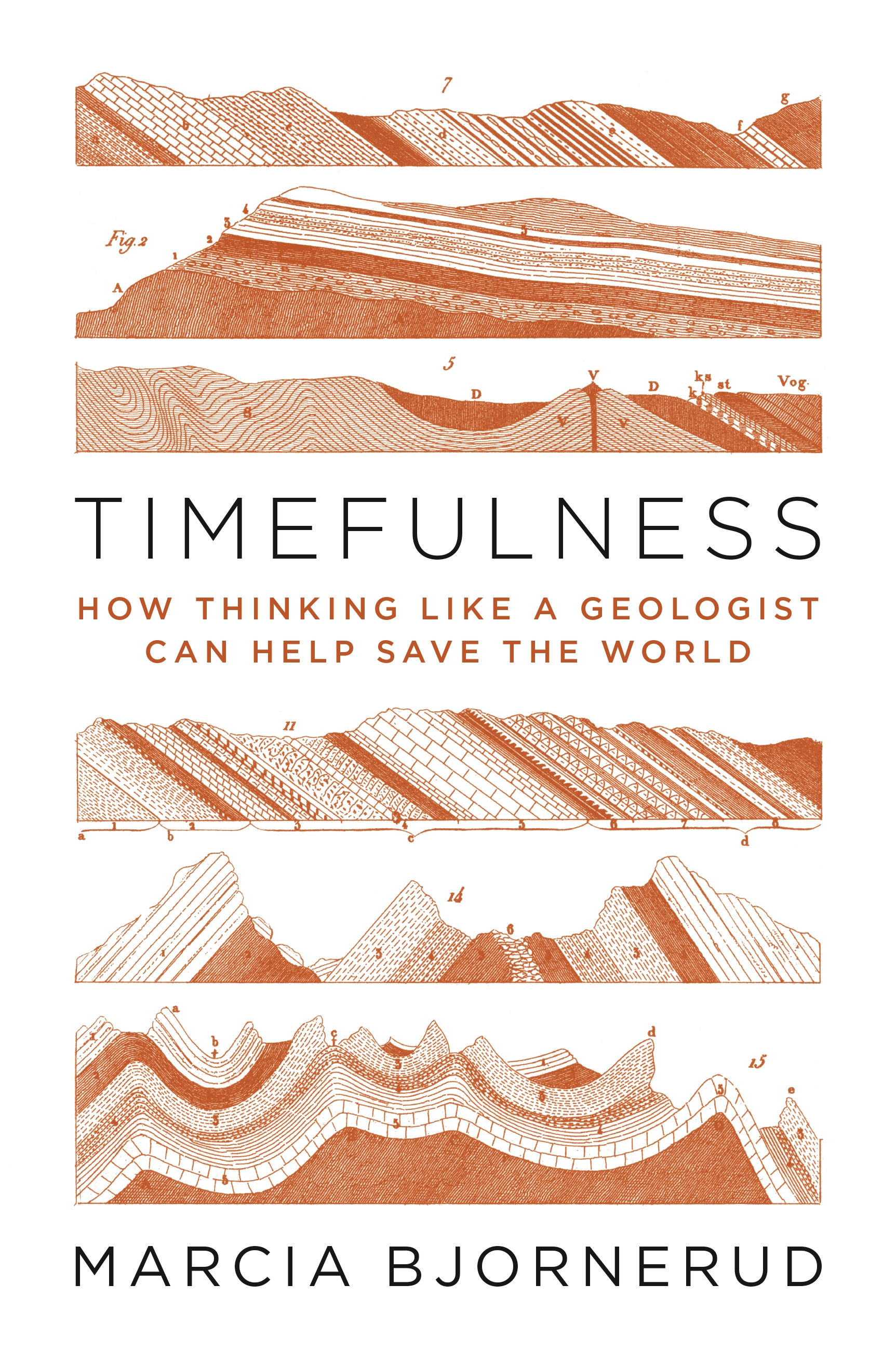 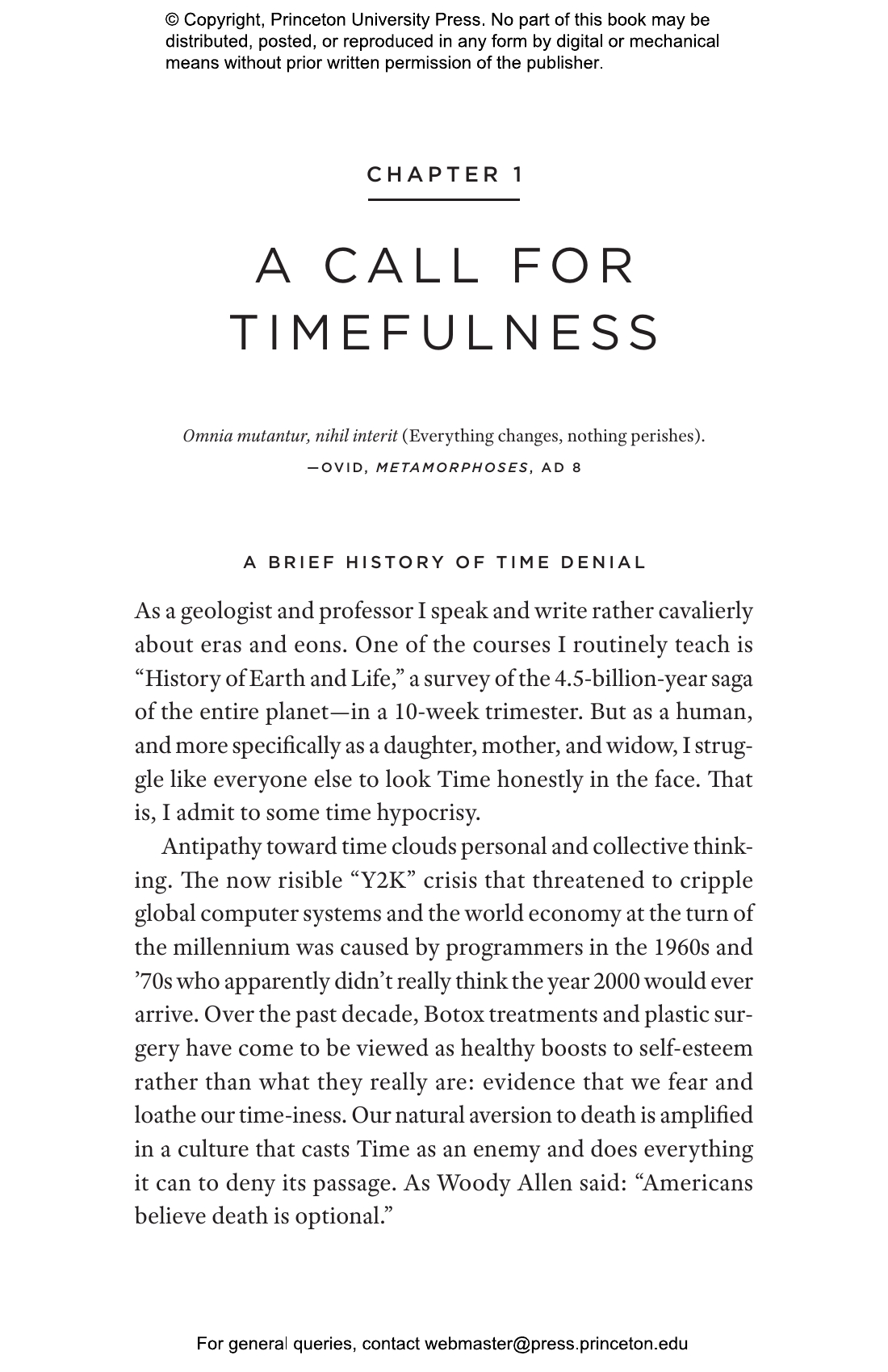 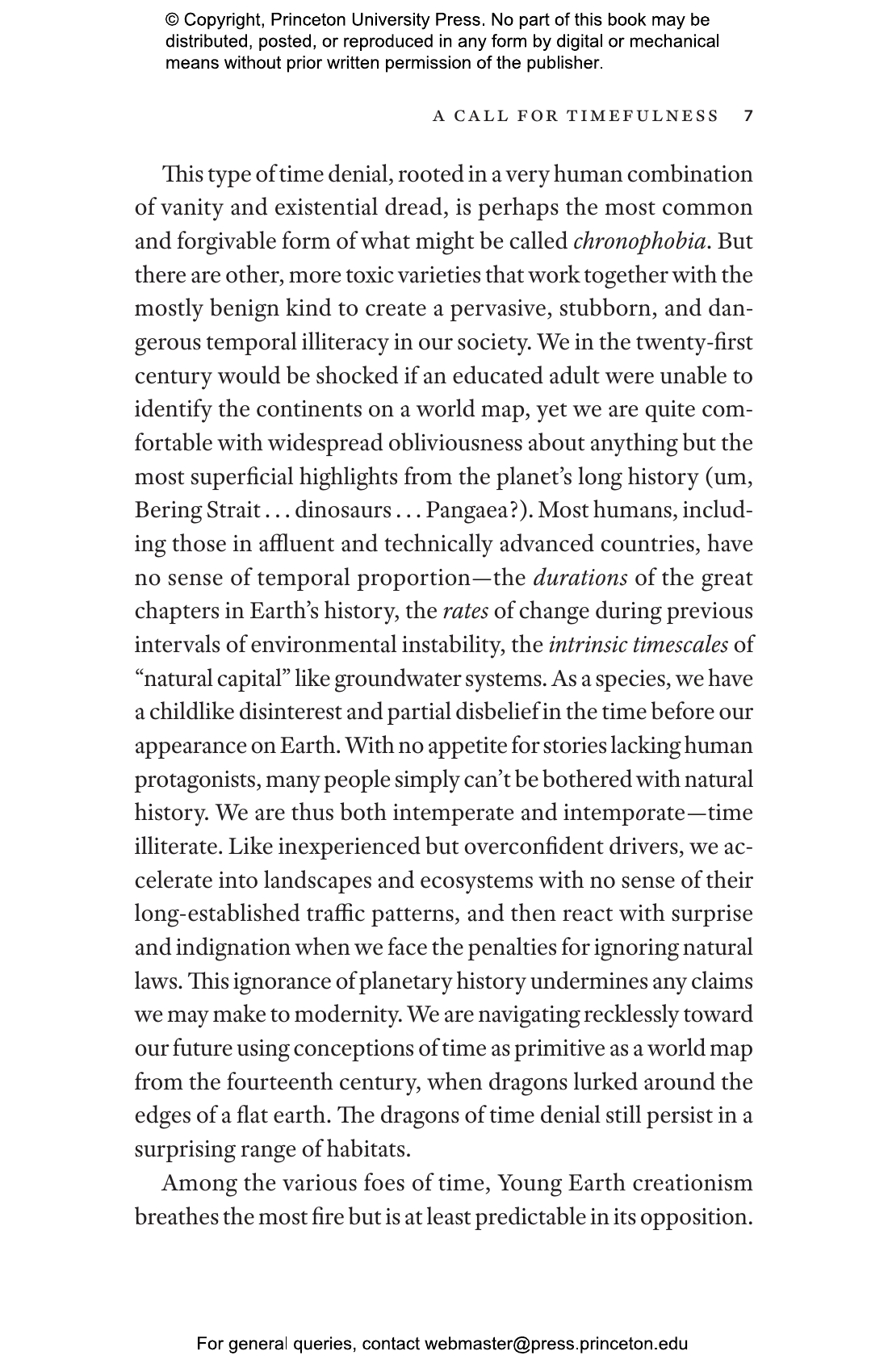 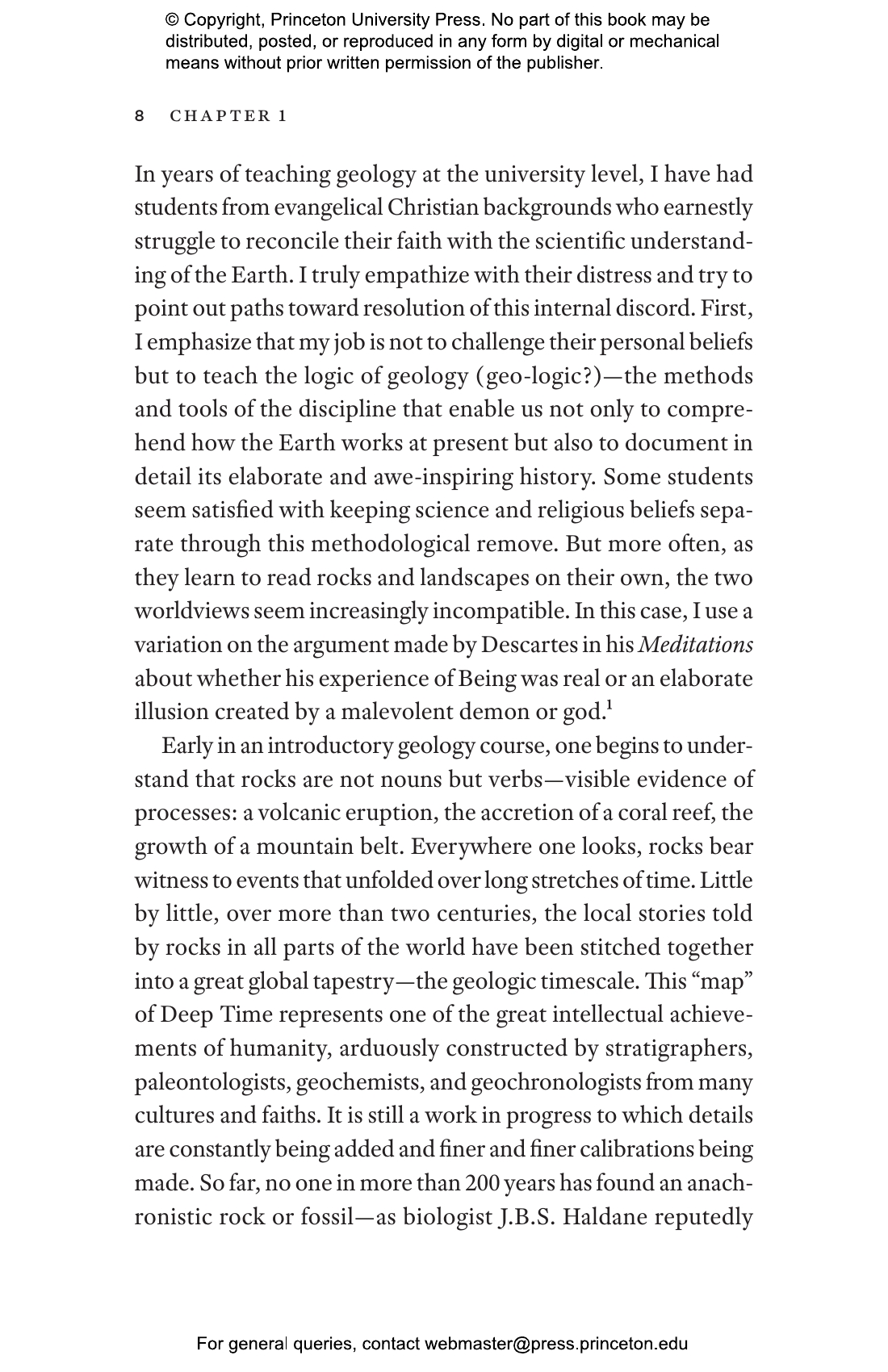 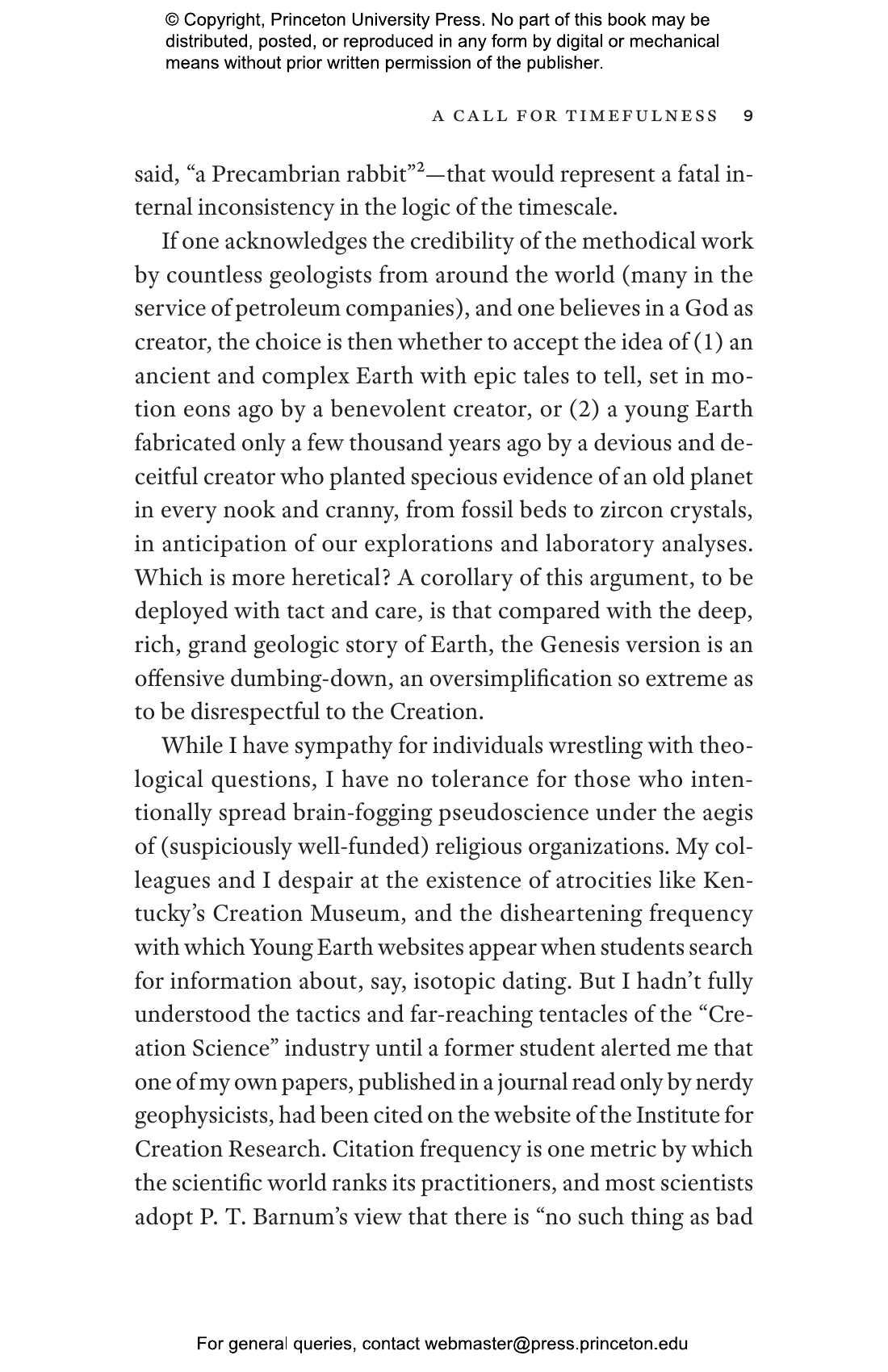 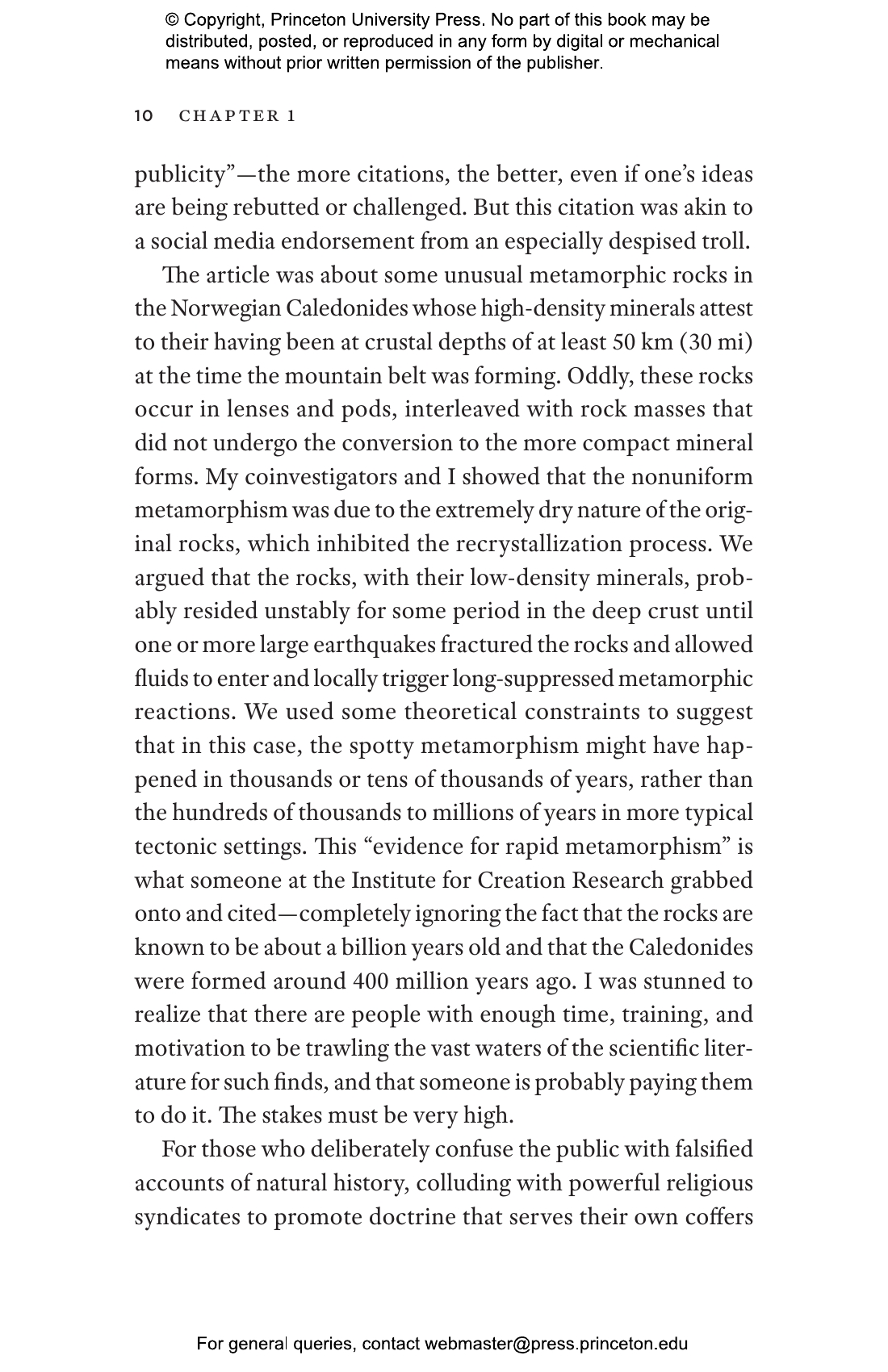 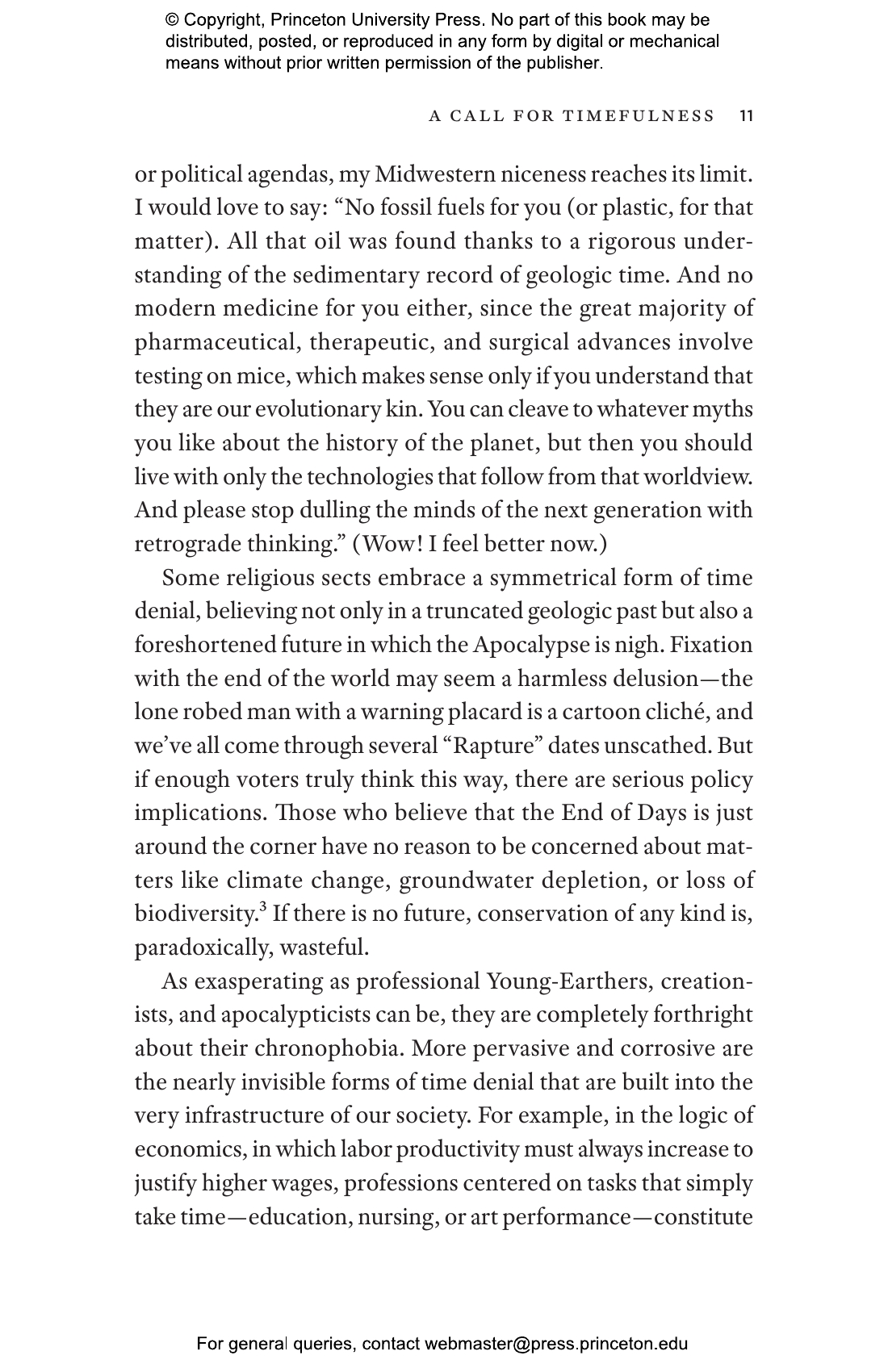 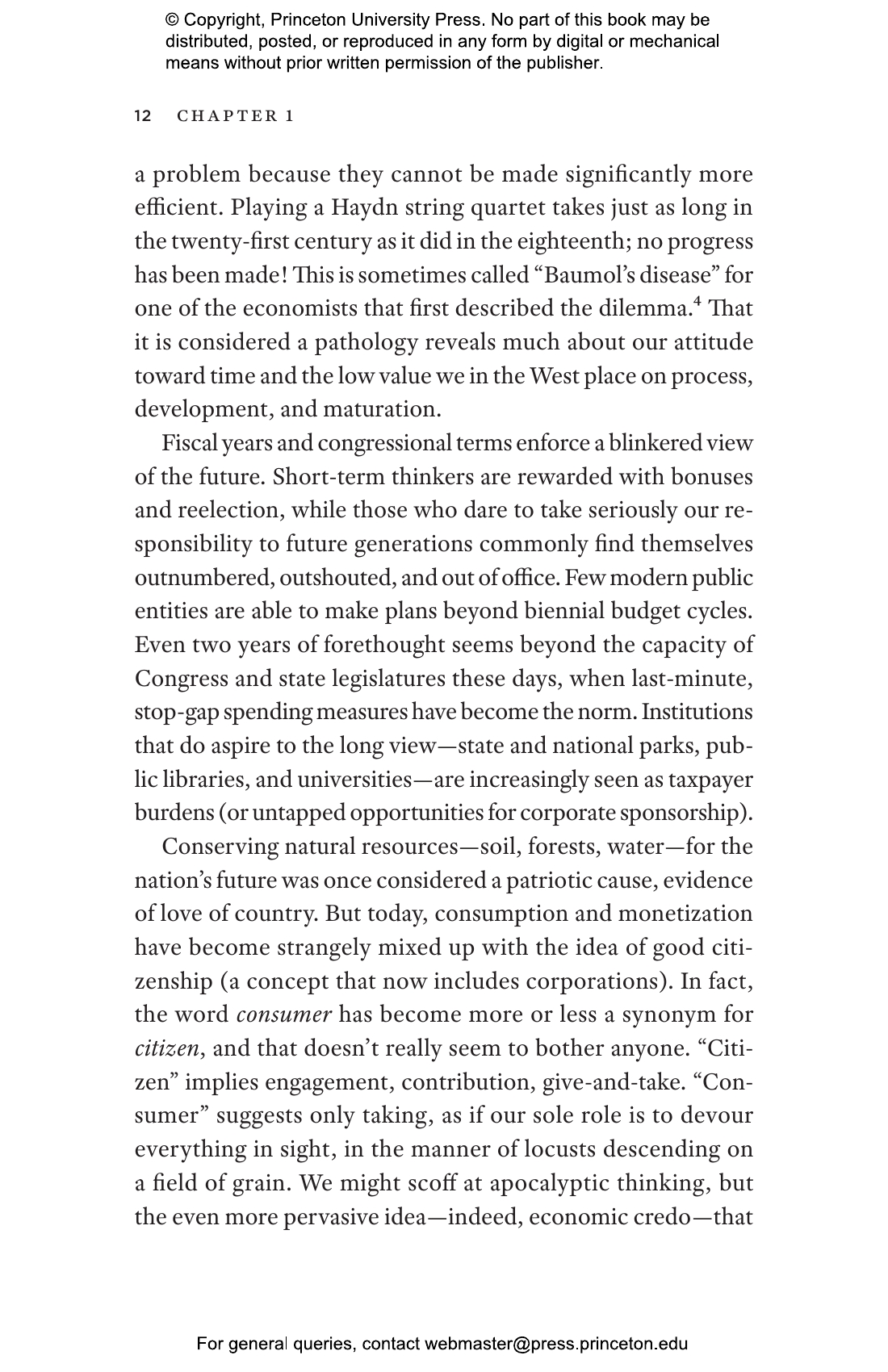 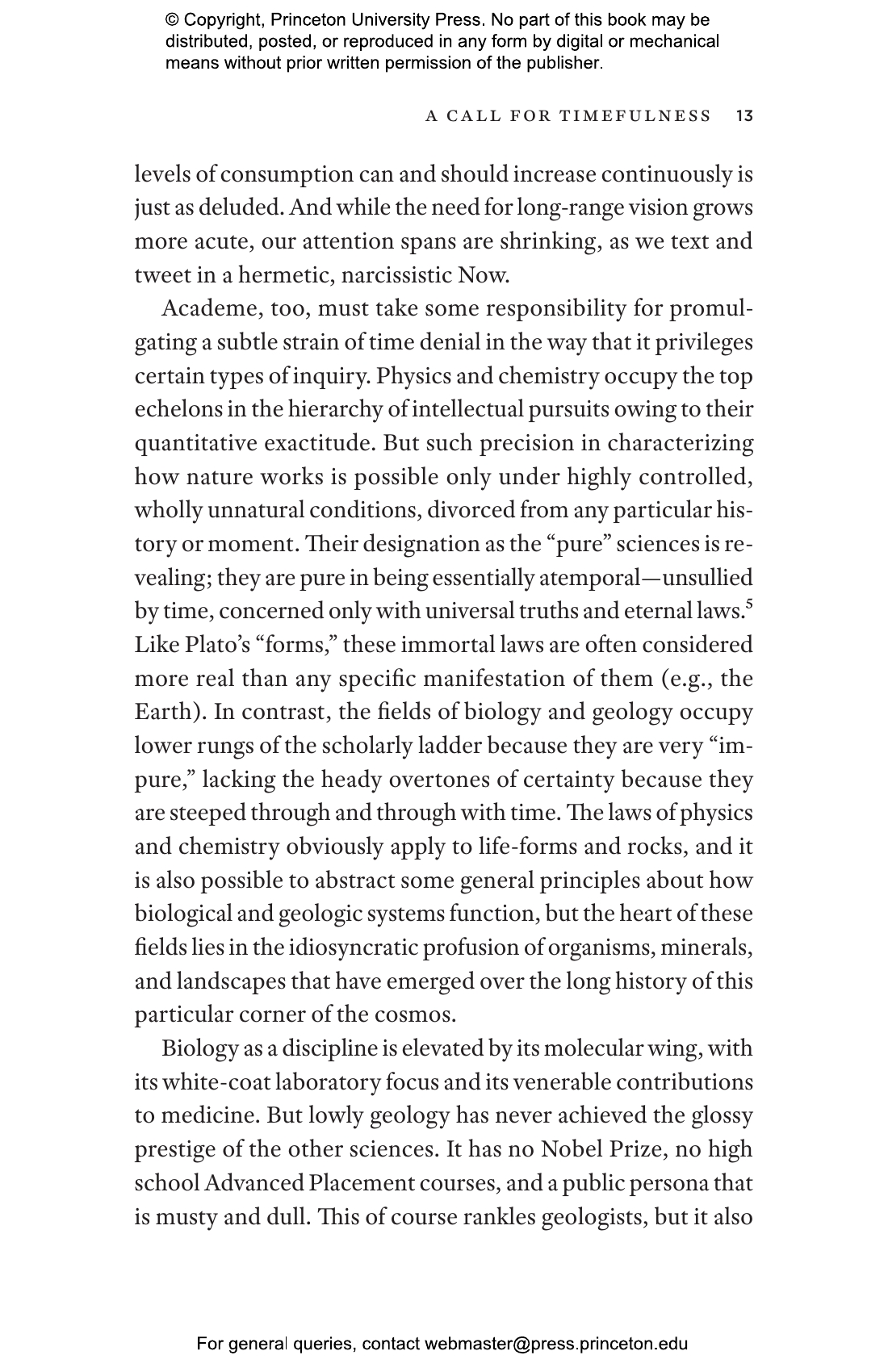 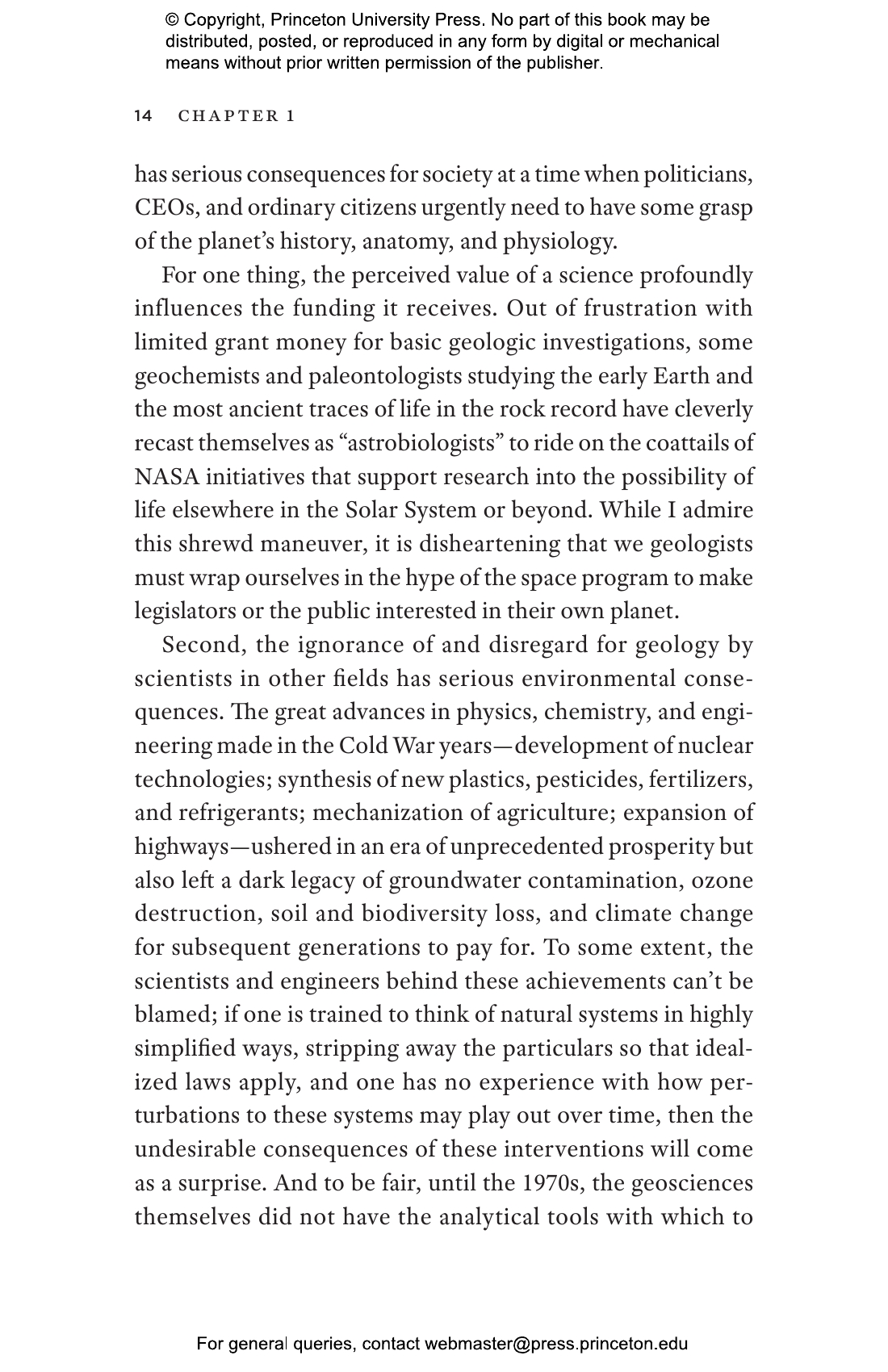 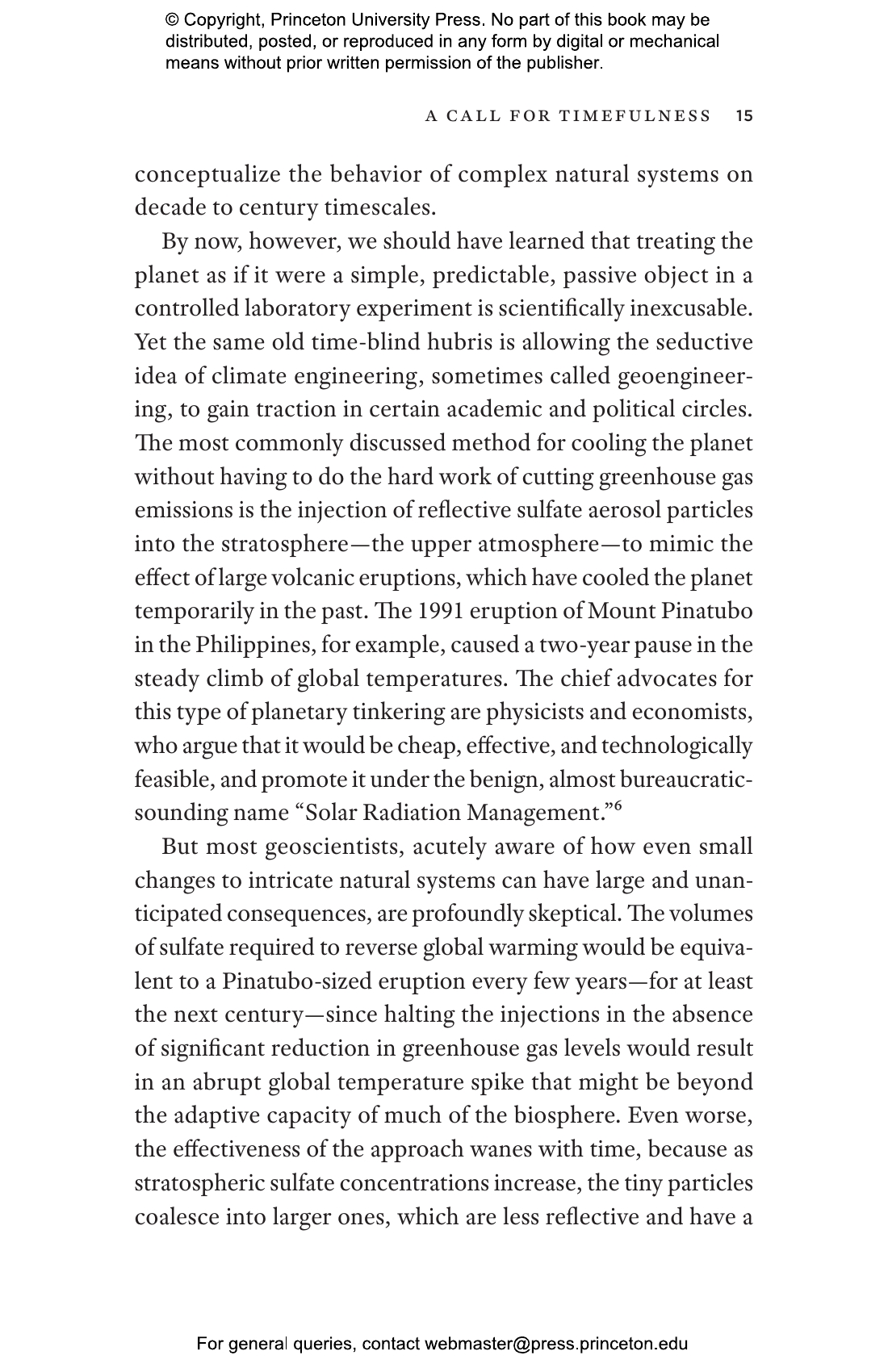 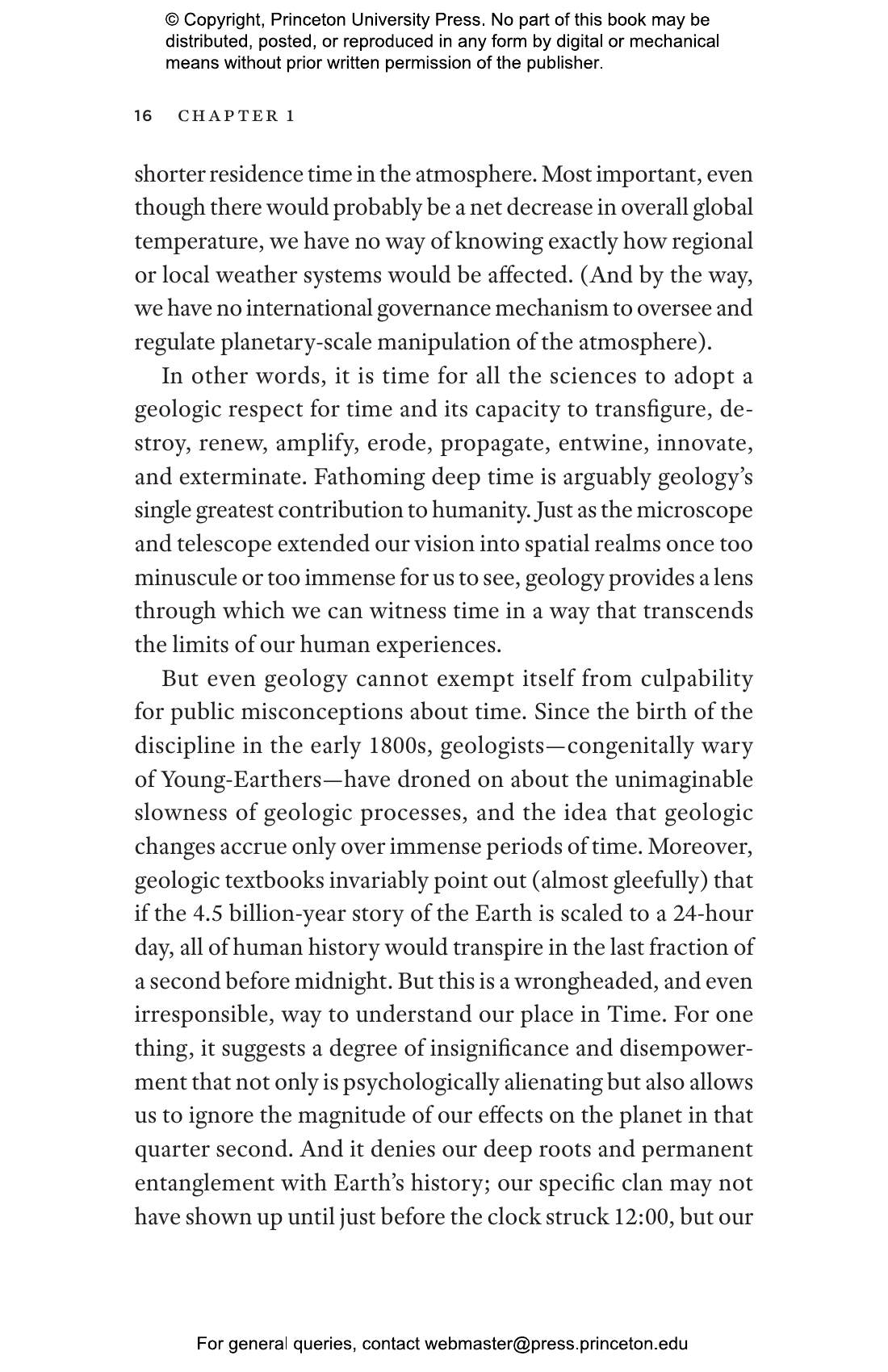 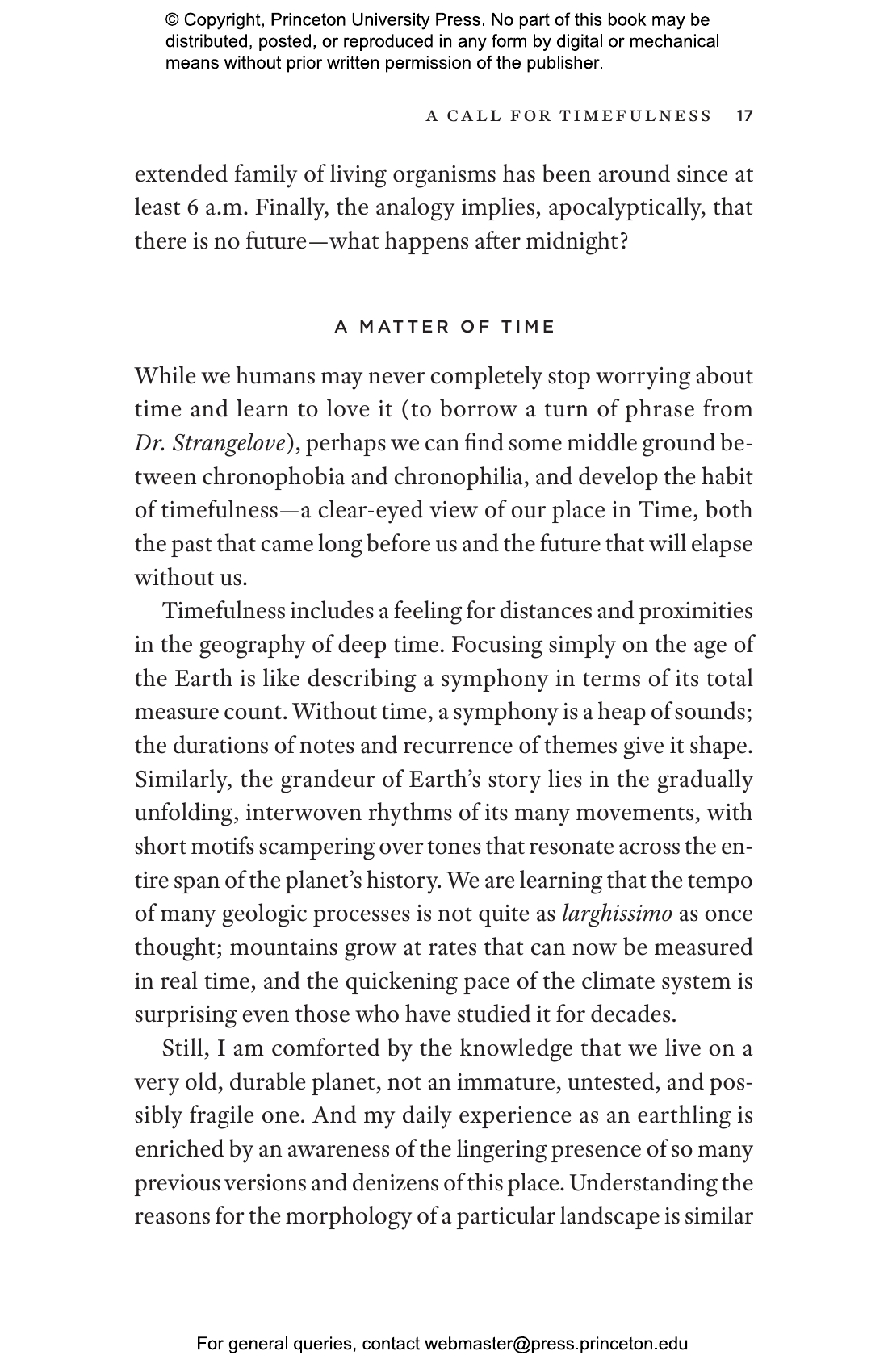 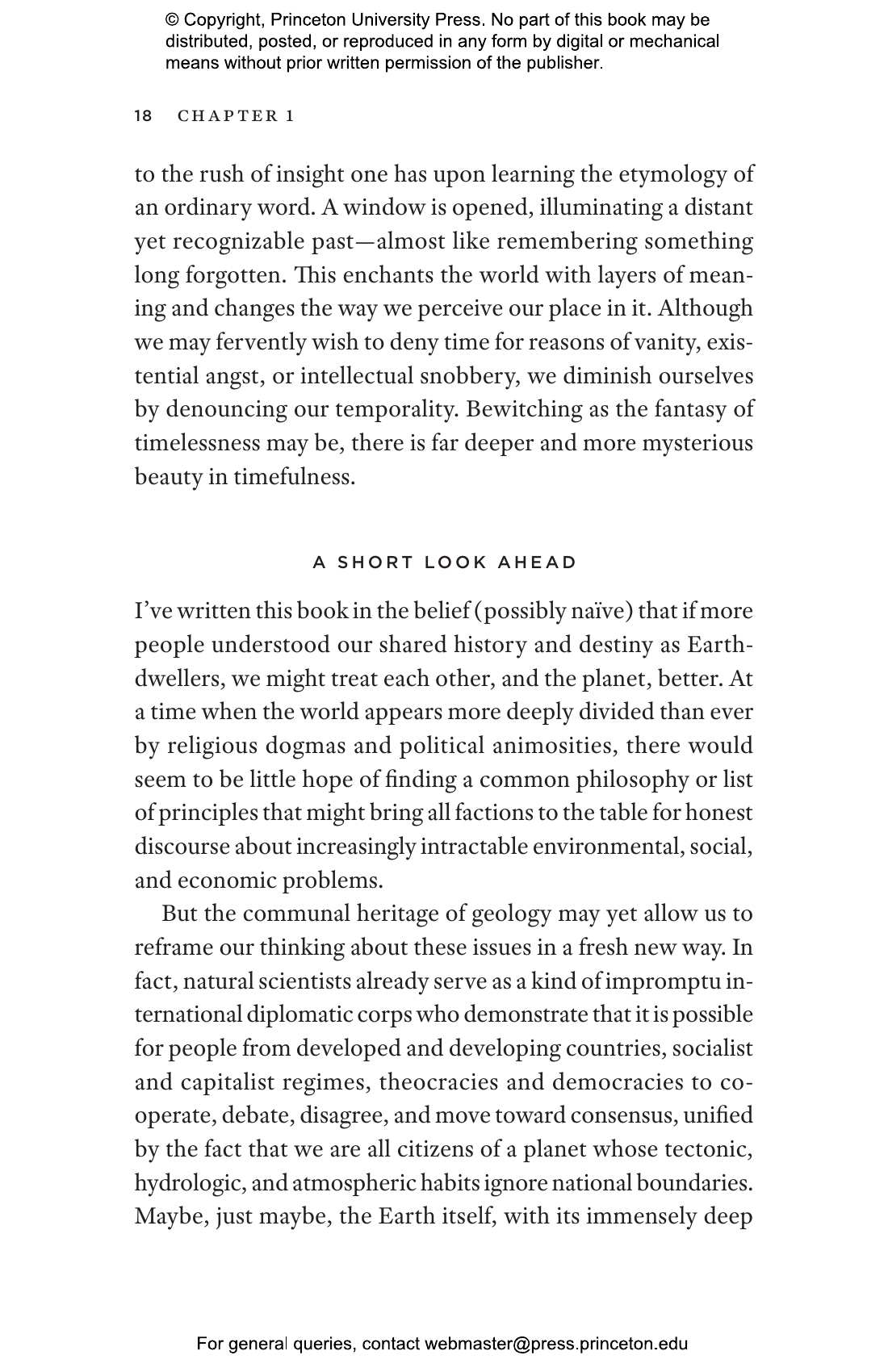 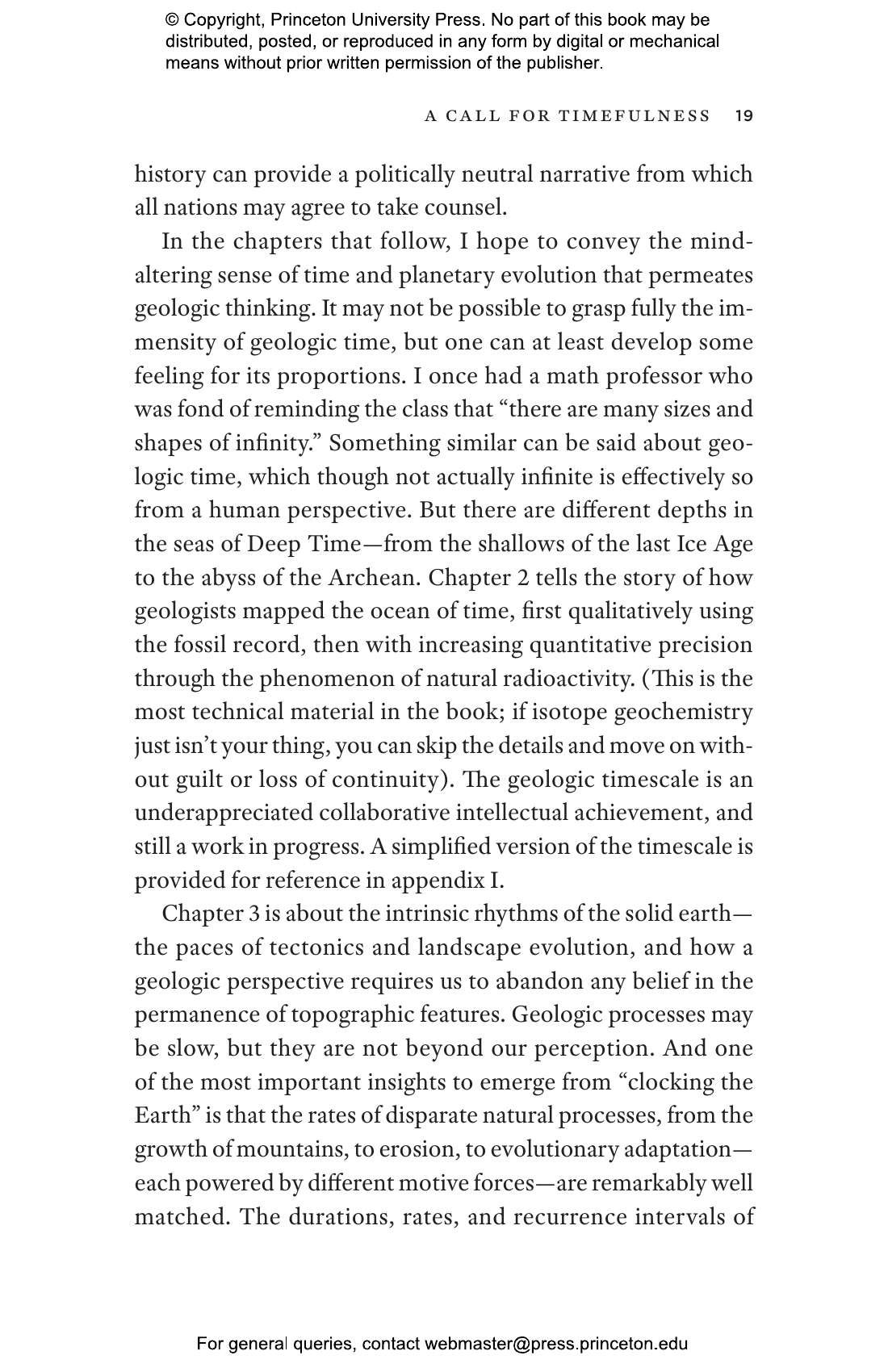 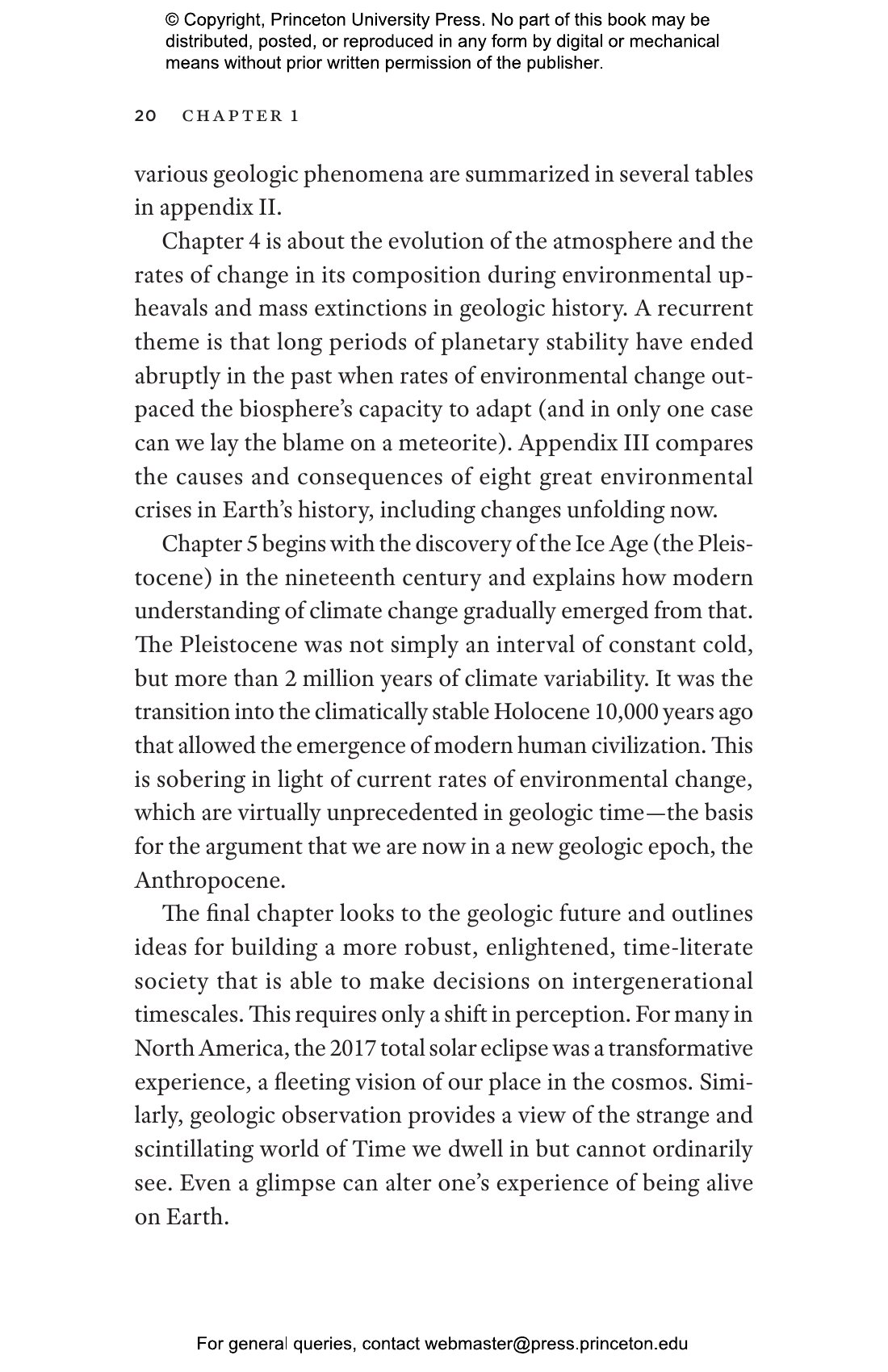 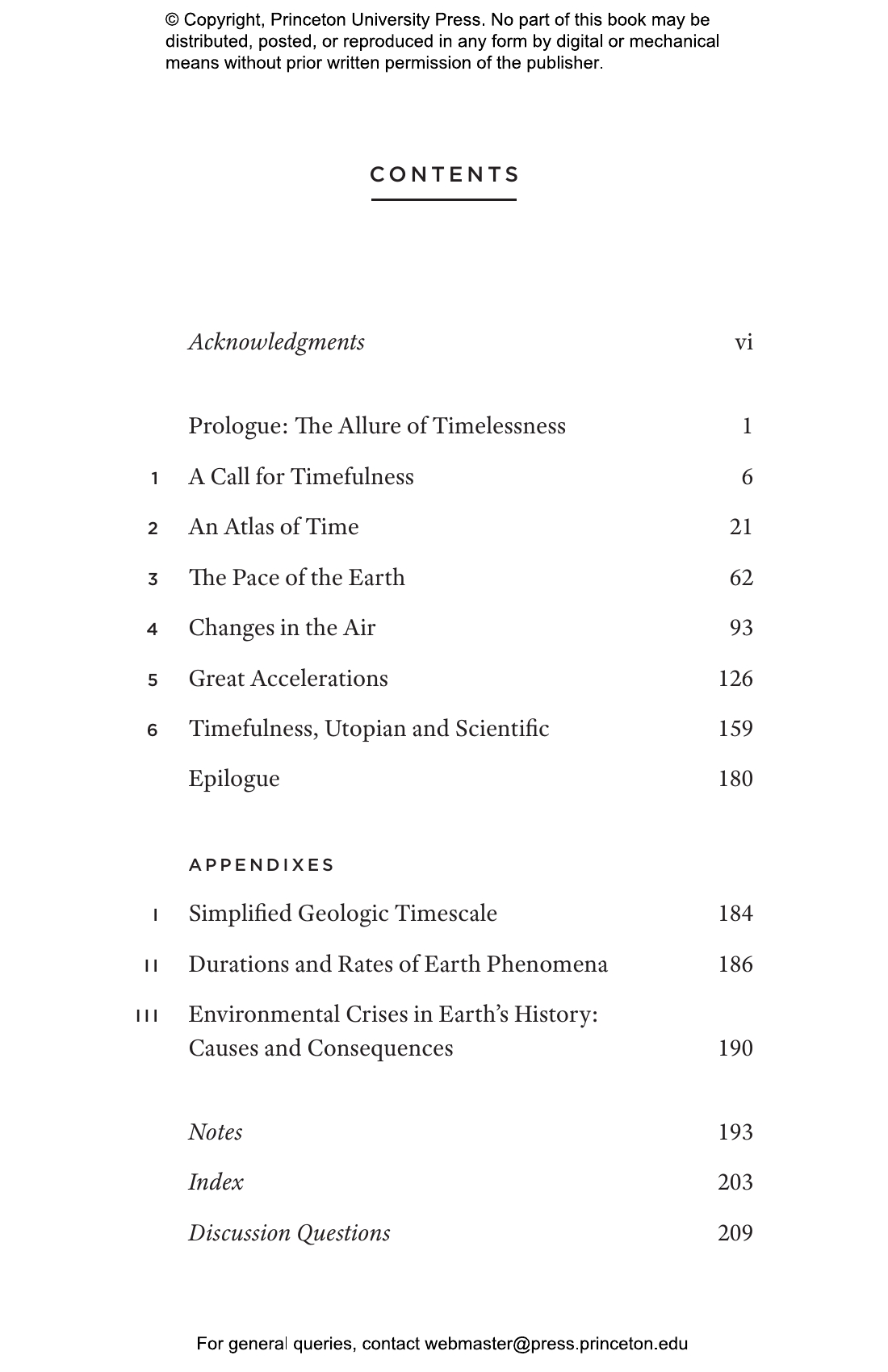 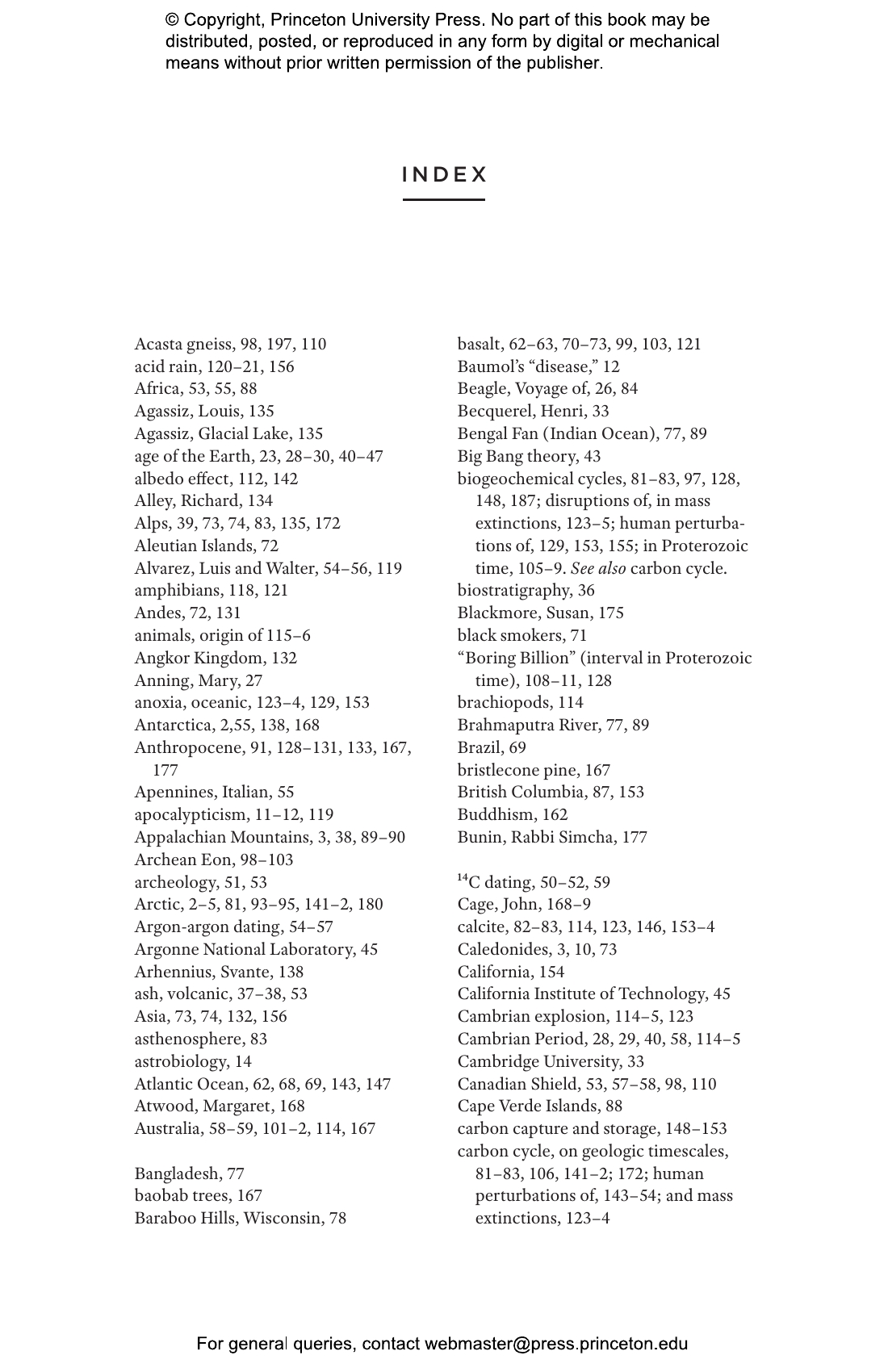 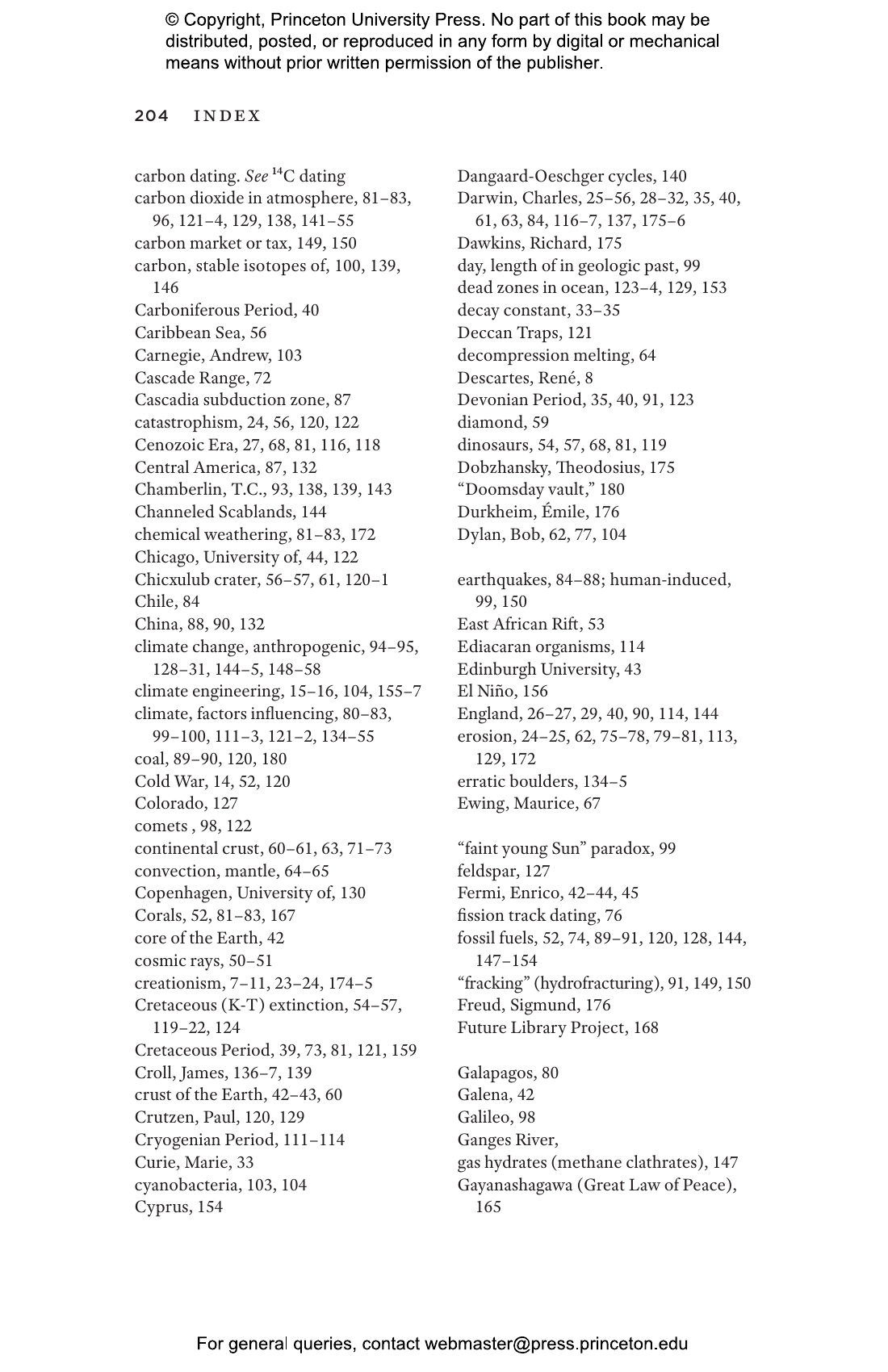 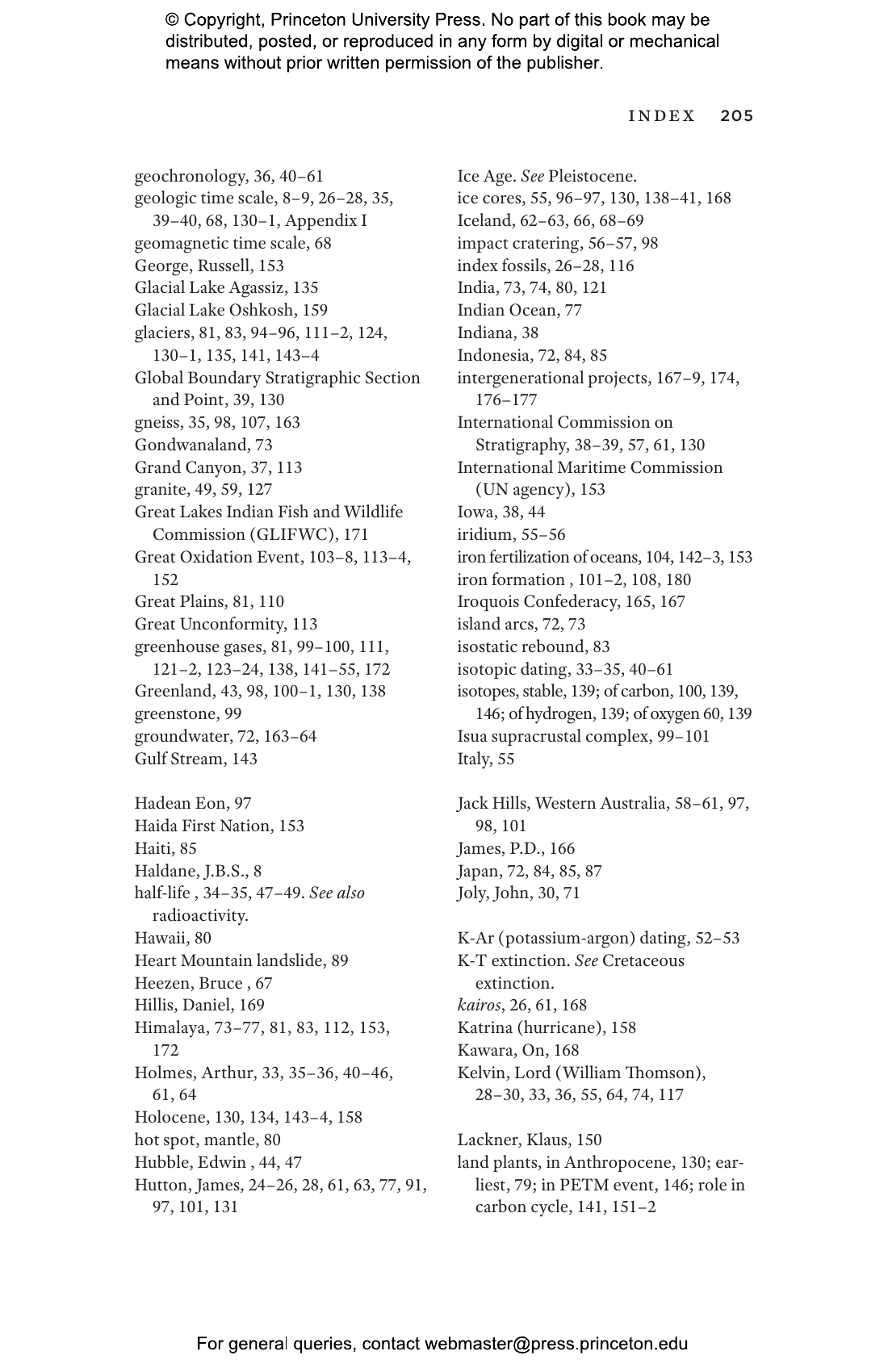 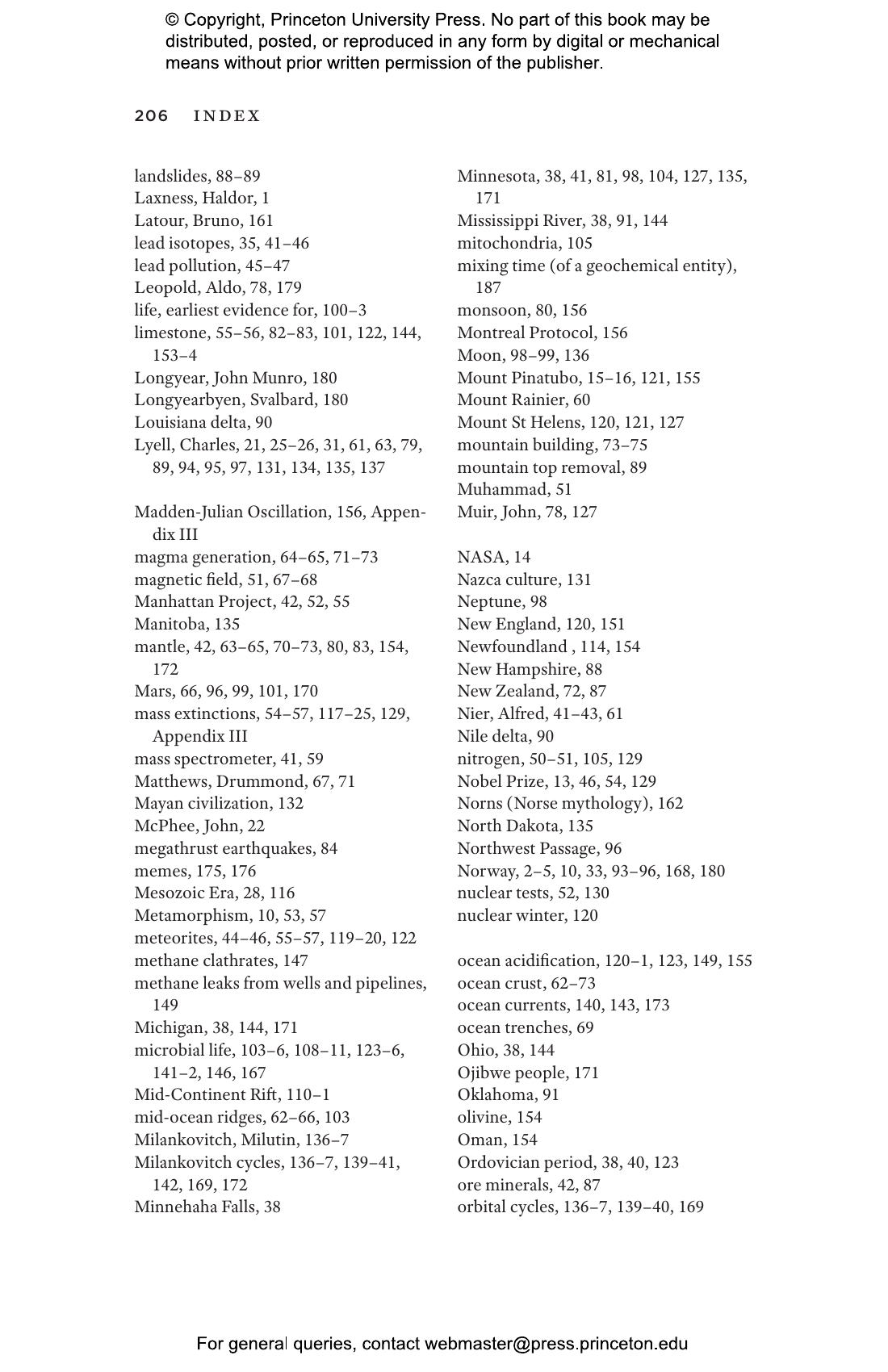 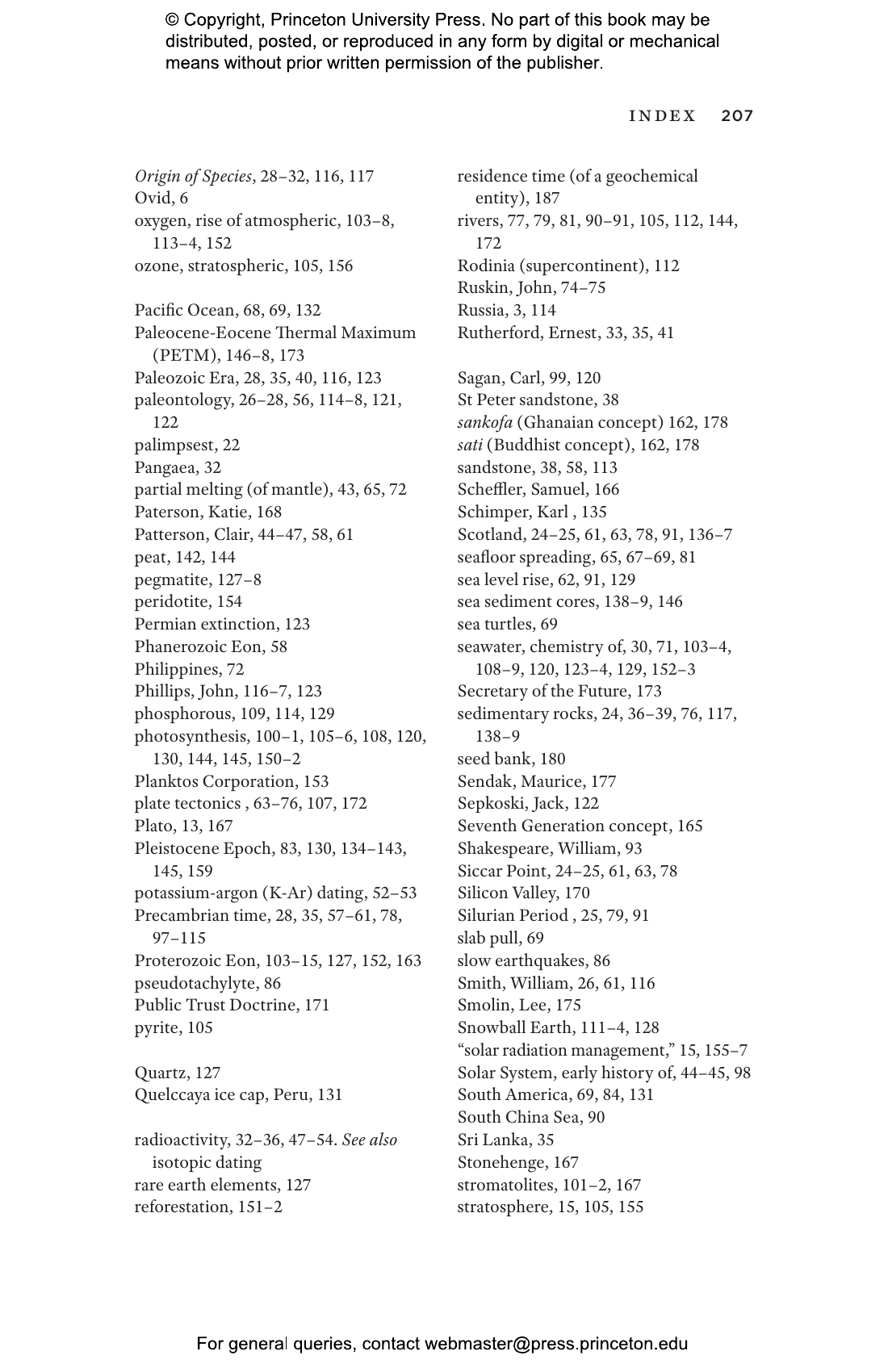 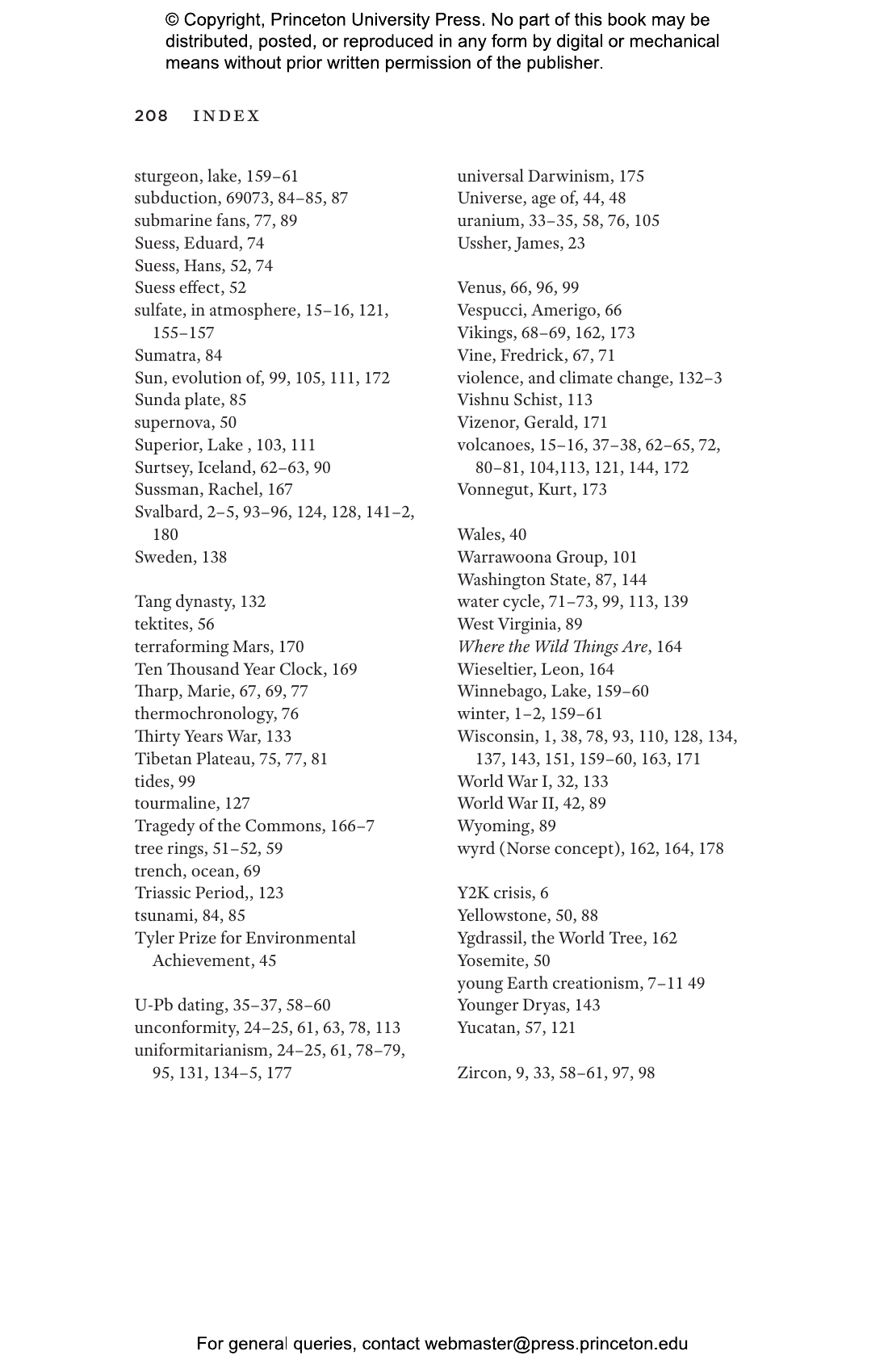 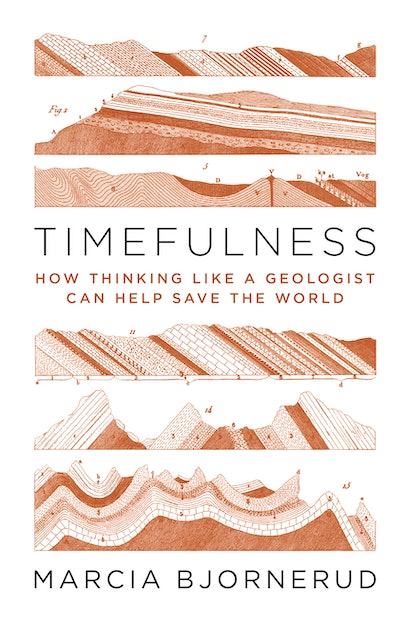 Marcia Bjornerud shows how geologists chart the planet’s past, explaining how we can determine the pace of solid Earth processes such as mountain building and erosion and comparing them with the more unstable rhythms of the oceans and atmosphere. These overlapping rates of change in the Earth system—some fast, some slow—demand a poly-temporal worldview, one that Bjornerud calls “timefulness.” She explains why timefulness is vital in the Anthropocene, this human epoch of accelerating planetary change, and proposes sensible solutions for building a more time-literate society.

This compelling book presents a new way of thinking about our place in time, enabling us to make decisions on multigenerational timescales. The lifespan of Earth may seem unfathomable compared to the brevity of human existence, but this view of time denies our deep roots in Earth’s history—and the magnitude of our effects on the planet.

Marcia Bjornerud on Grandmothers of Geoscience 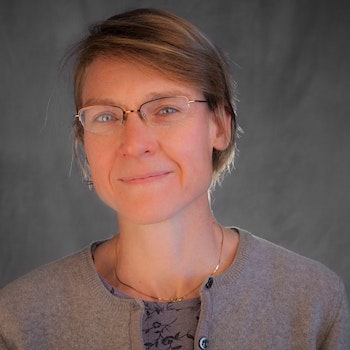 "This is, frankly, the most poetic rendering of geology I have read since Darwin’s Origin of Species. "—Christiana Zenner, America Magazine

"I fear I cannot give justice to this eloquent presentation of how important geologic knowledge is to an intellectually healthy society. I thoroughly enjoyed Timefulness and, more importantly, have been affected by this book. Timefulness: How Thinking Like a Geologist Can Help Save the World has pushed to the front of my mind the importance of looking after the environmental health of my grandchildren and their grandchildren. It is now my desire to find a way to influence people to be environmentally involved and what should be done to assure a healthy planet for our current and future well-being."—Roy Van Arsdale, Environmental & Engineering Geoscience

“Bjornerud gives lyrical voice to the rocks that tell the story of our wondrous planet. Engaging and eloquent, Timefulness reminds us that the present is only a link between past and future, a reality too often forgotten in the modern world’s obsession with the here and now.”—Ruth DeFries, author of The Big Ratchet: How Humanity Thrives in the Face of Natural Crisis

“A passionate and timely plea for the urgency of geo-literacy.”—David R. Montgomery, author of Dirt: The Erosion of Civilizations and Growing a Revolution: Bringing Our Soil Back to Life

“This book is a masterpiece of superb writing and accurate, up-to-date science. It places modern climate change in a geological context and makes an eloquent plea for action. Timefulness is one of the best science books I have ever read.”—James Lawrence Powell, author of Four Revolutions in the Earth Sciences: From Heresy to Truth

“This succinct and engaging book covers the history of Earth from its birth some 4.5 billion years ago to the problem of human-induced climate change. Bjornerud’s message is that we need to understand geological time to appreciate—and deal with—the impact we are having on our planet.”—Simon Lamb, author of Devil in the Mountain: A Search for the Origin of the Andes