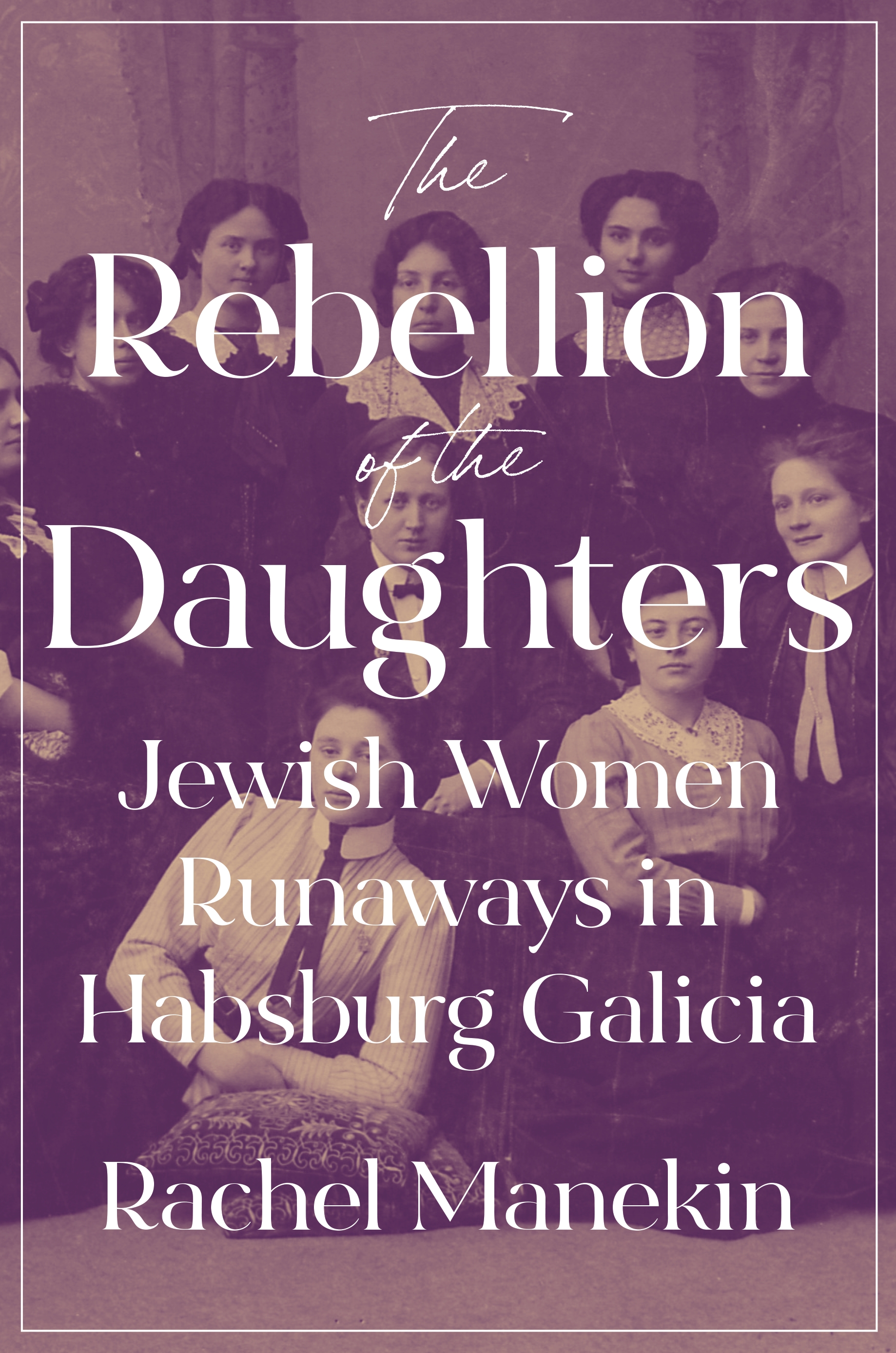 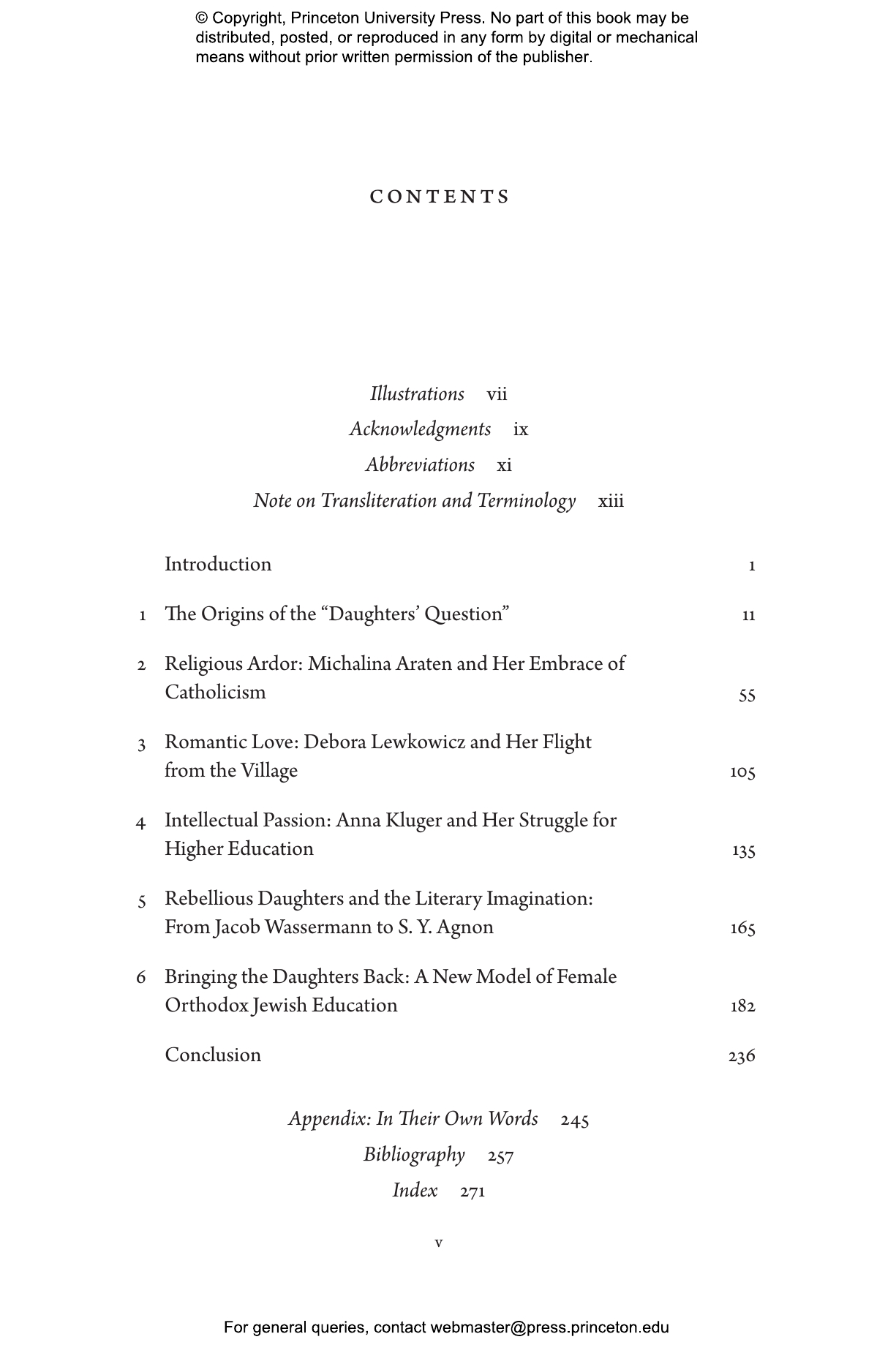 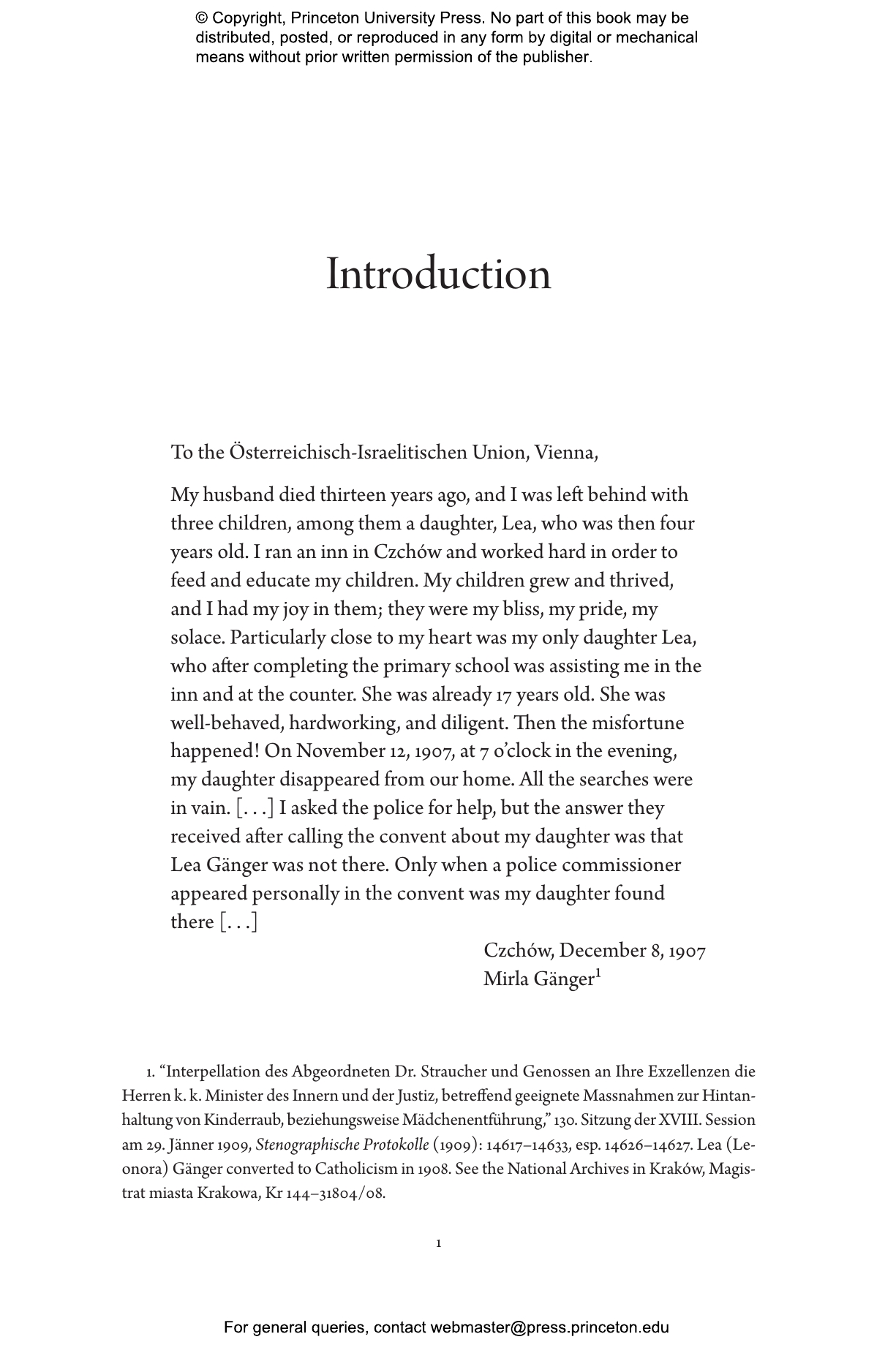 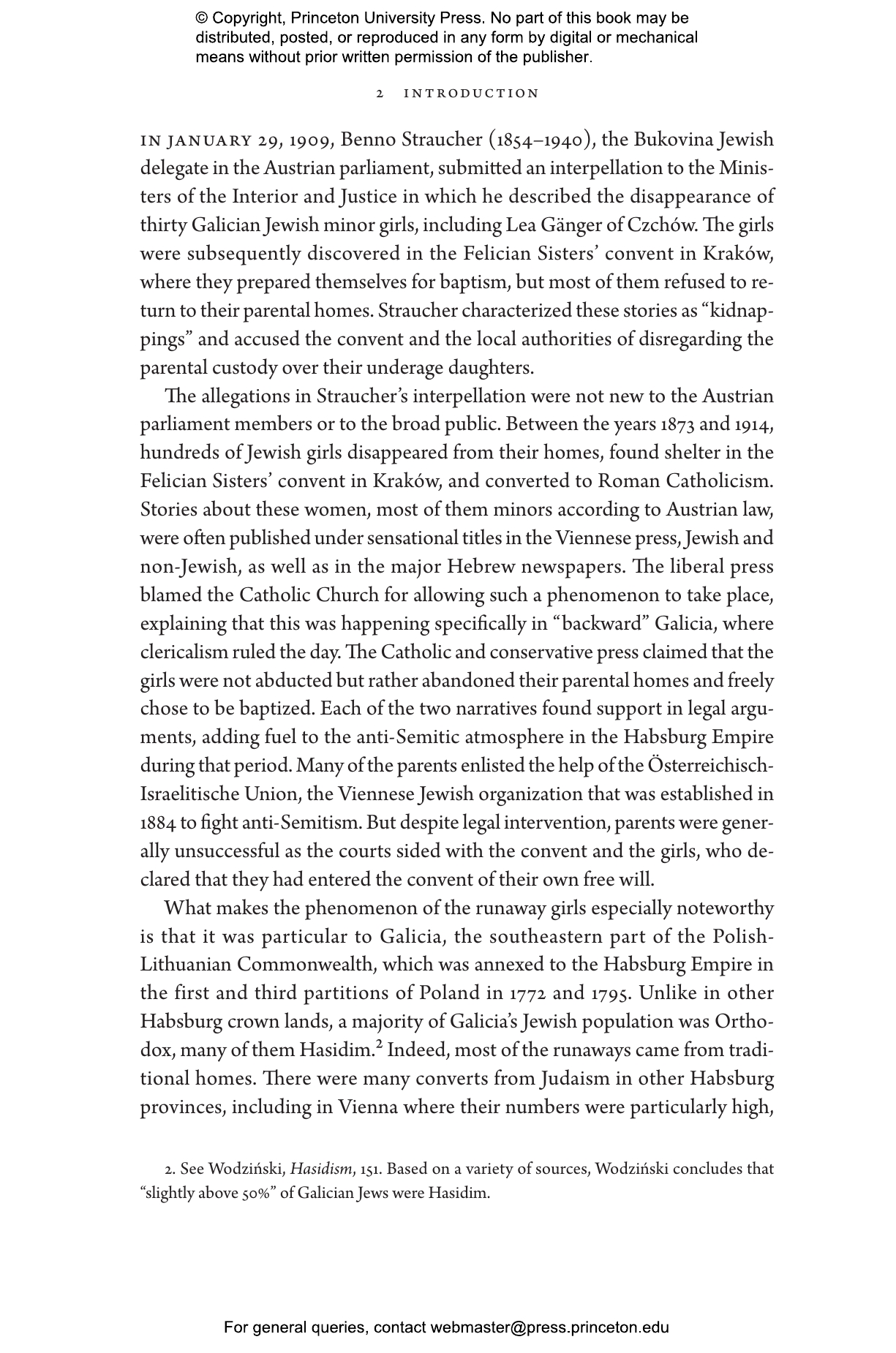 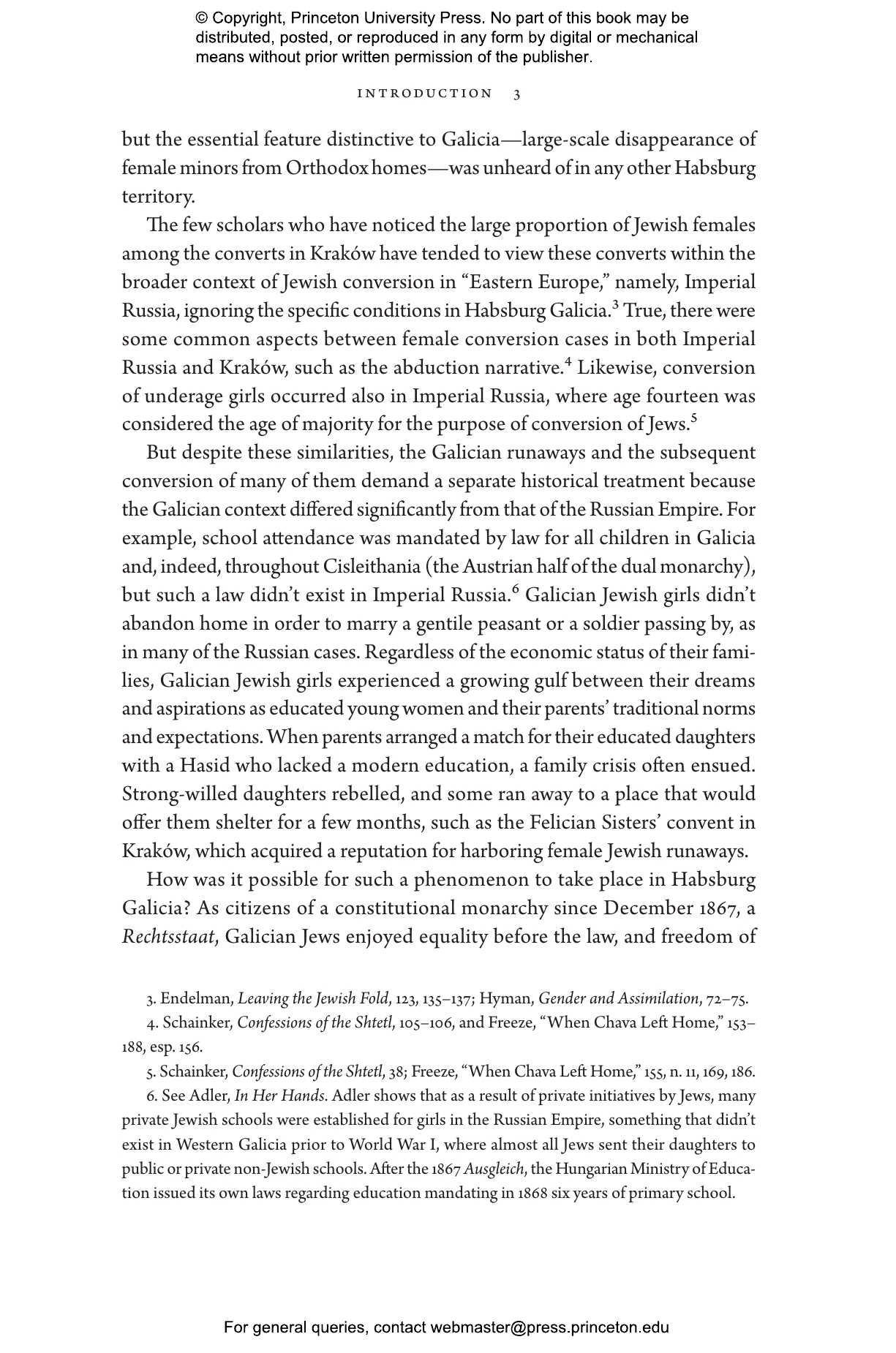 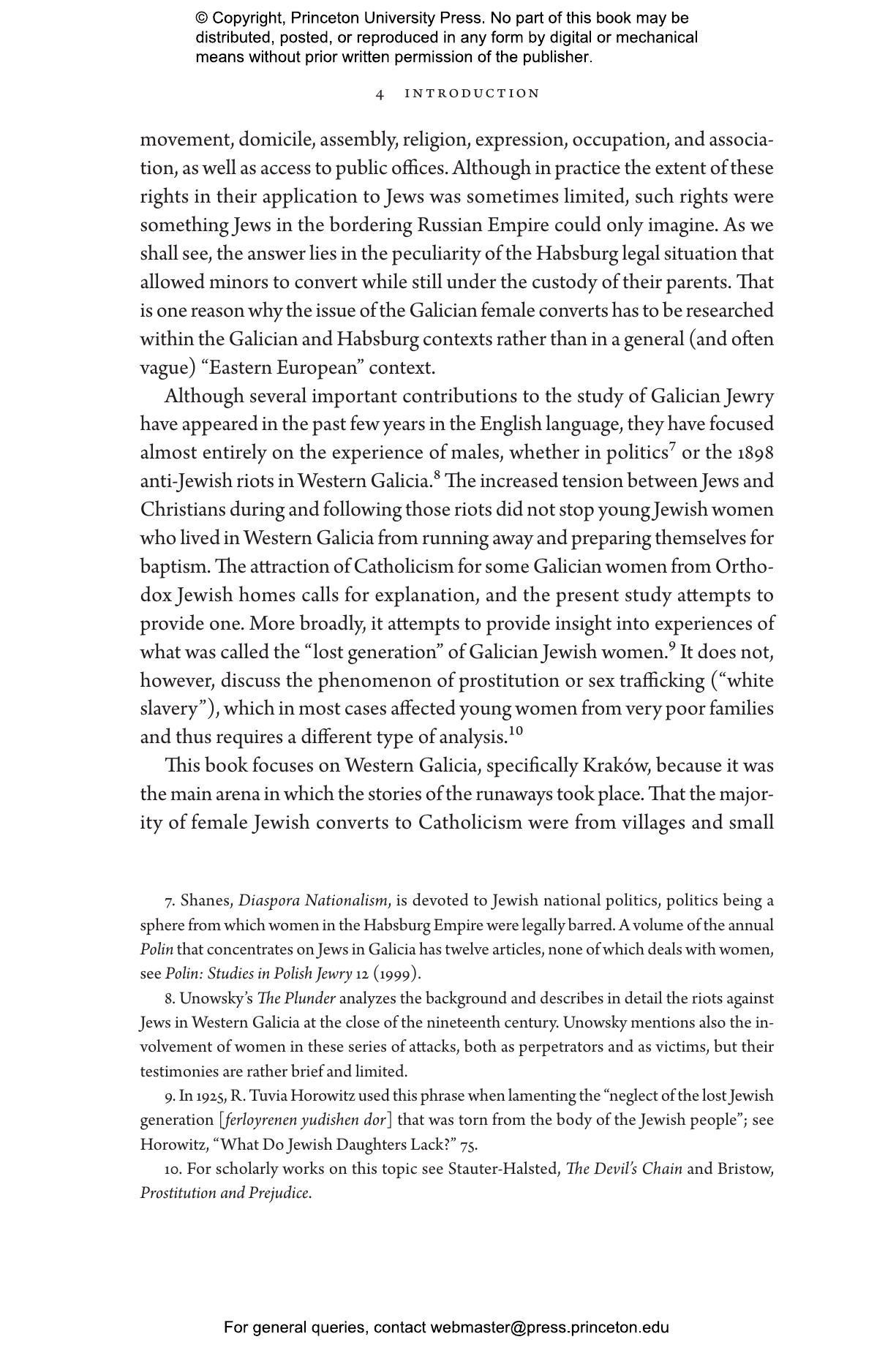 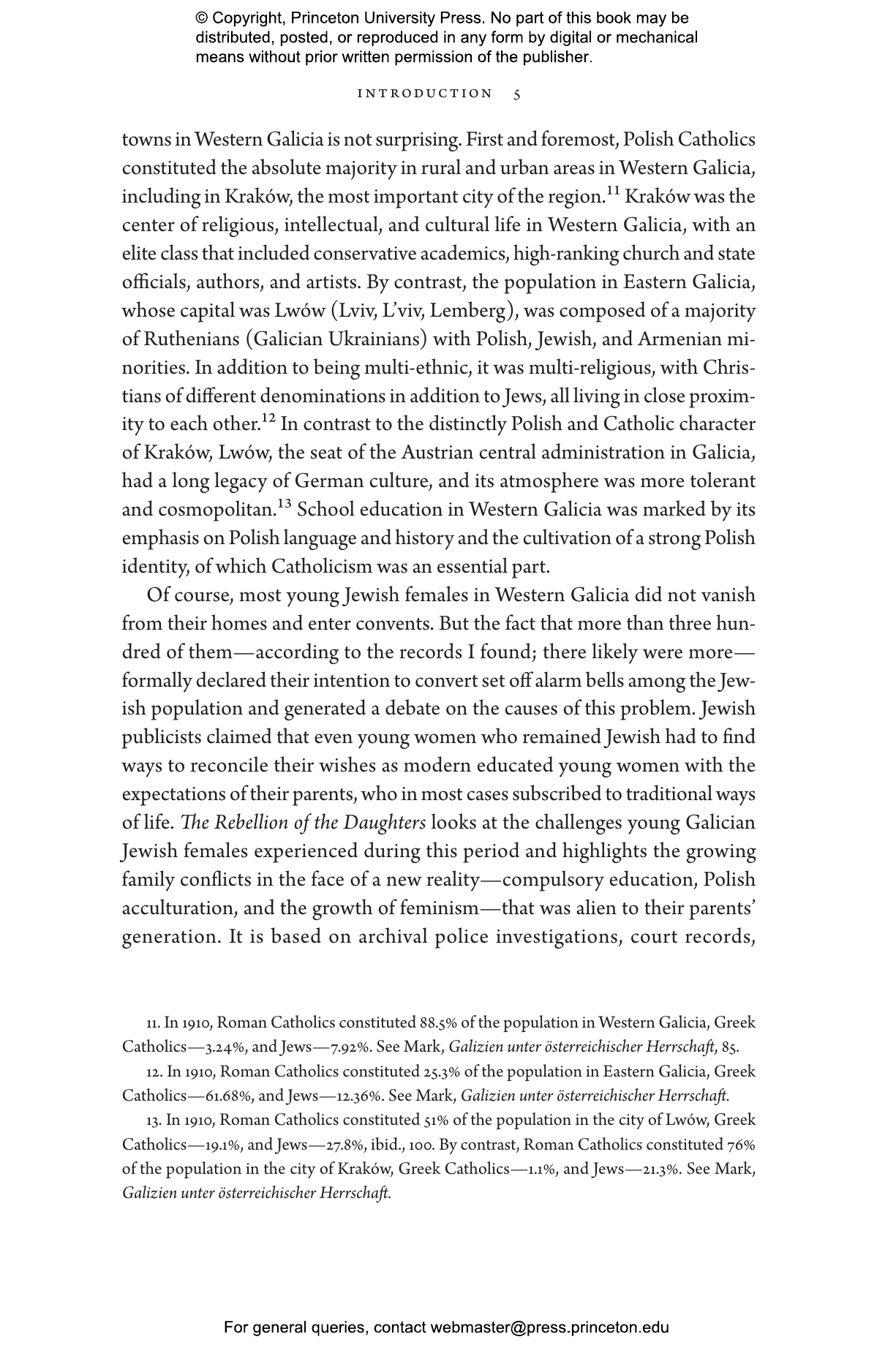 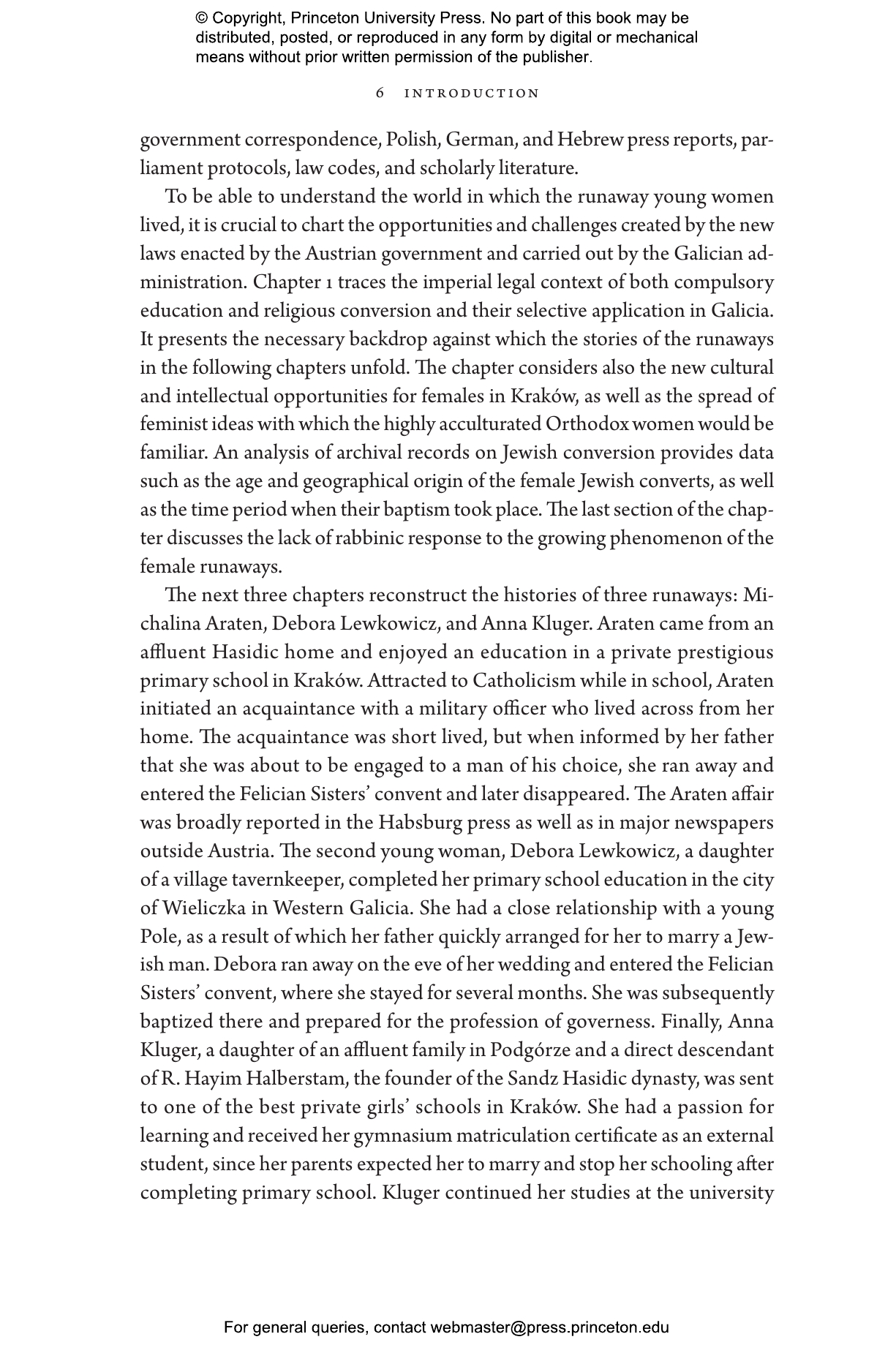 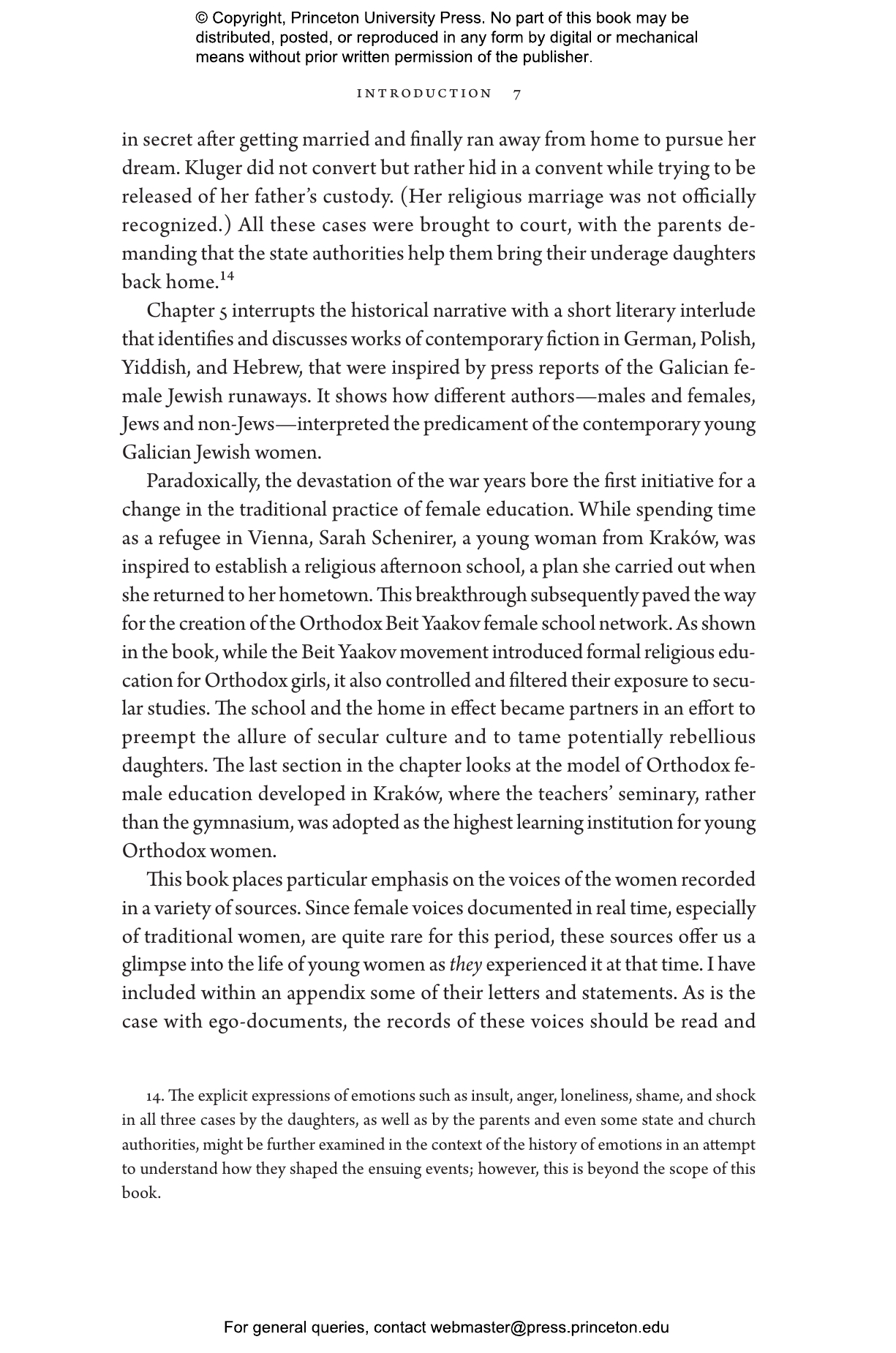 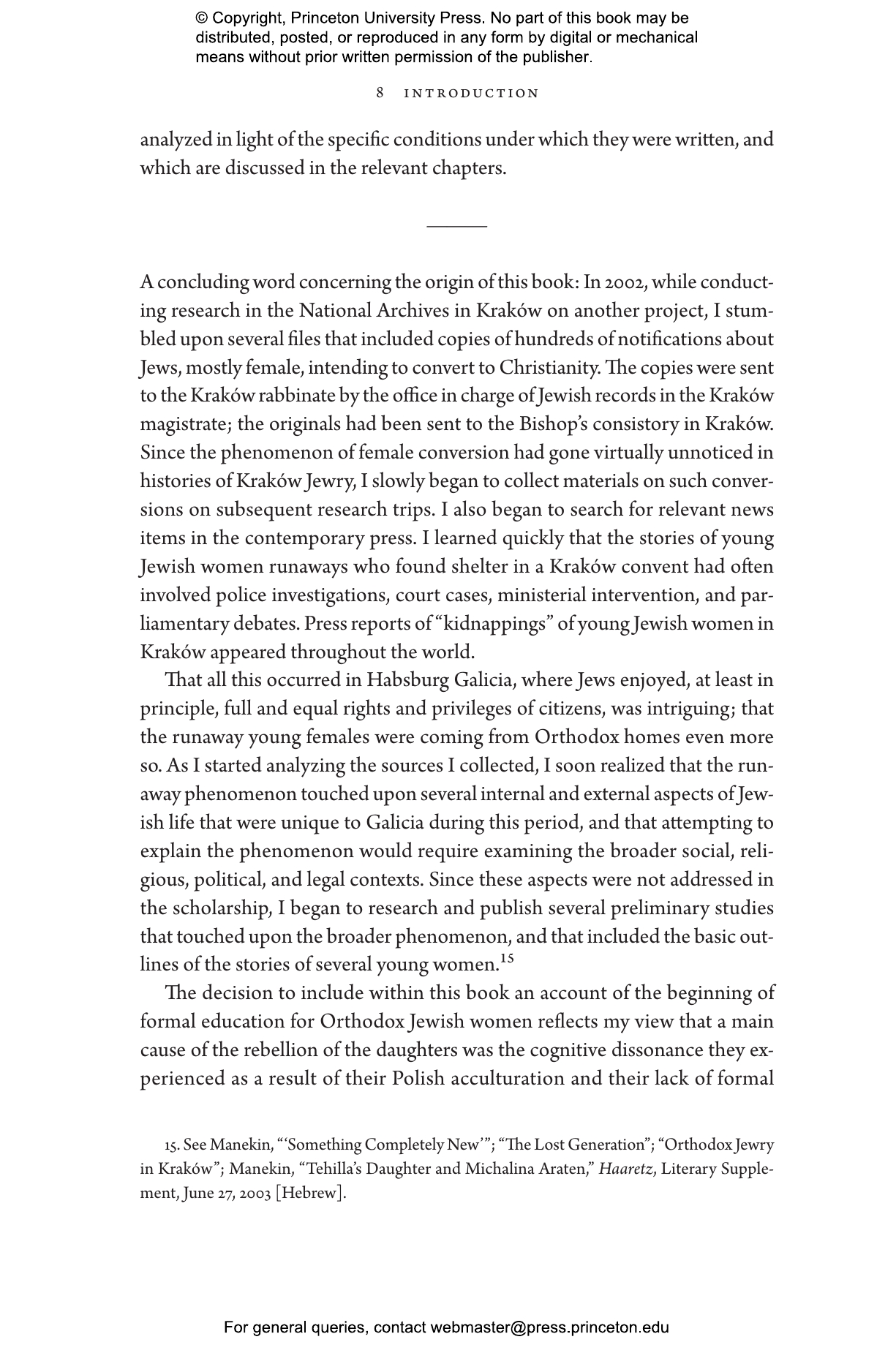 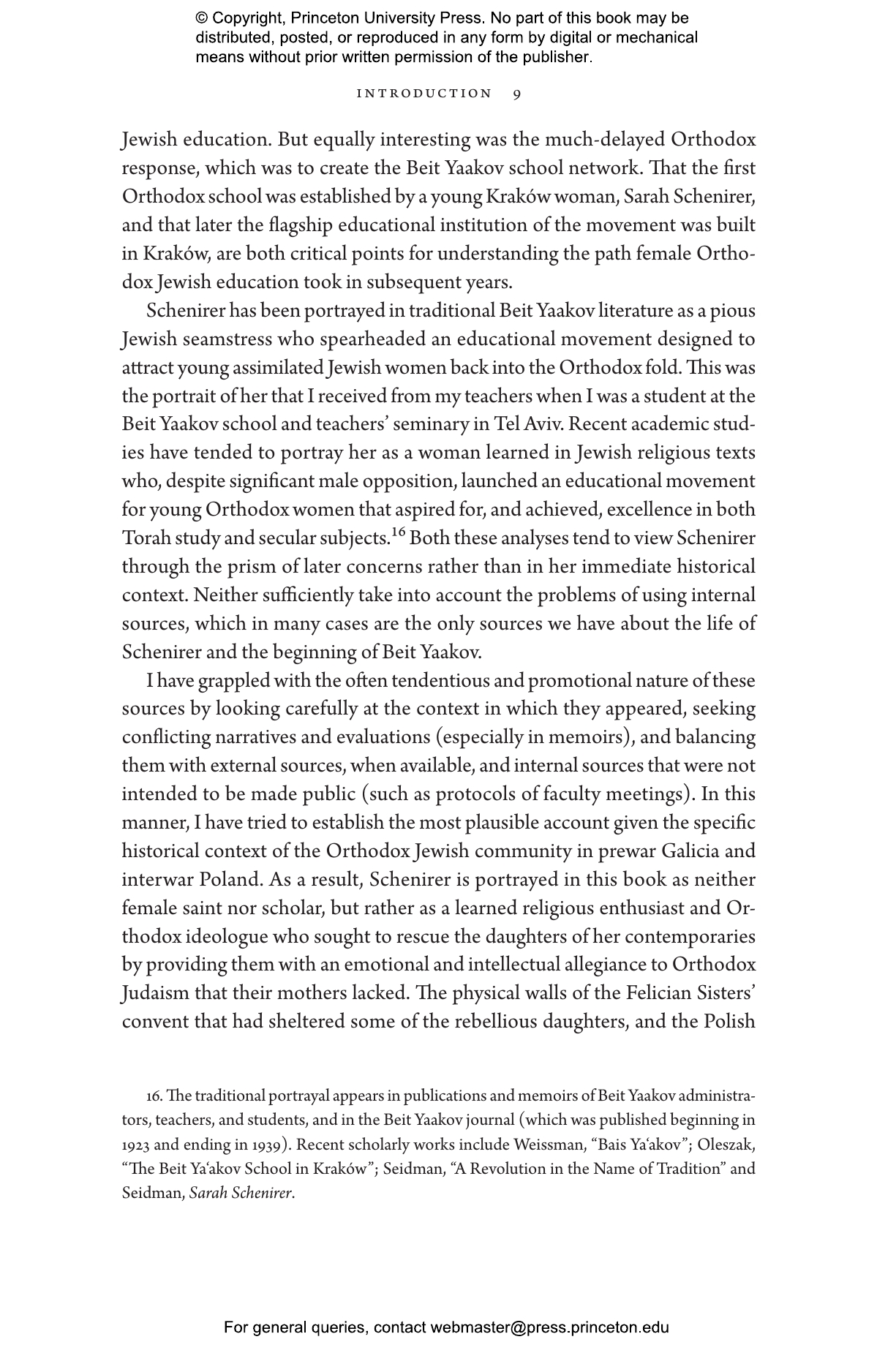 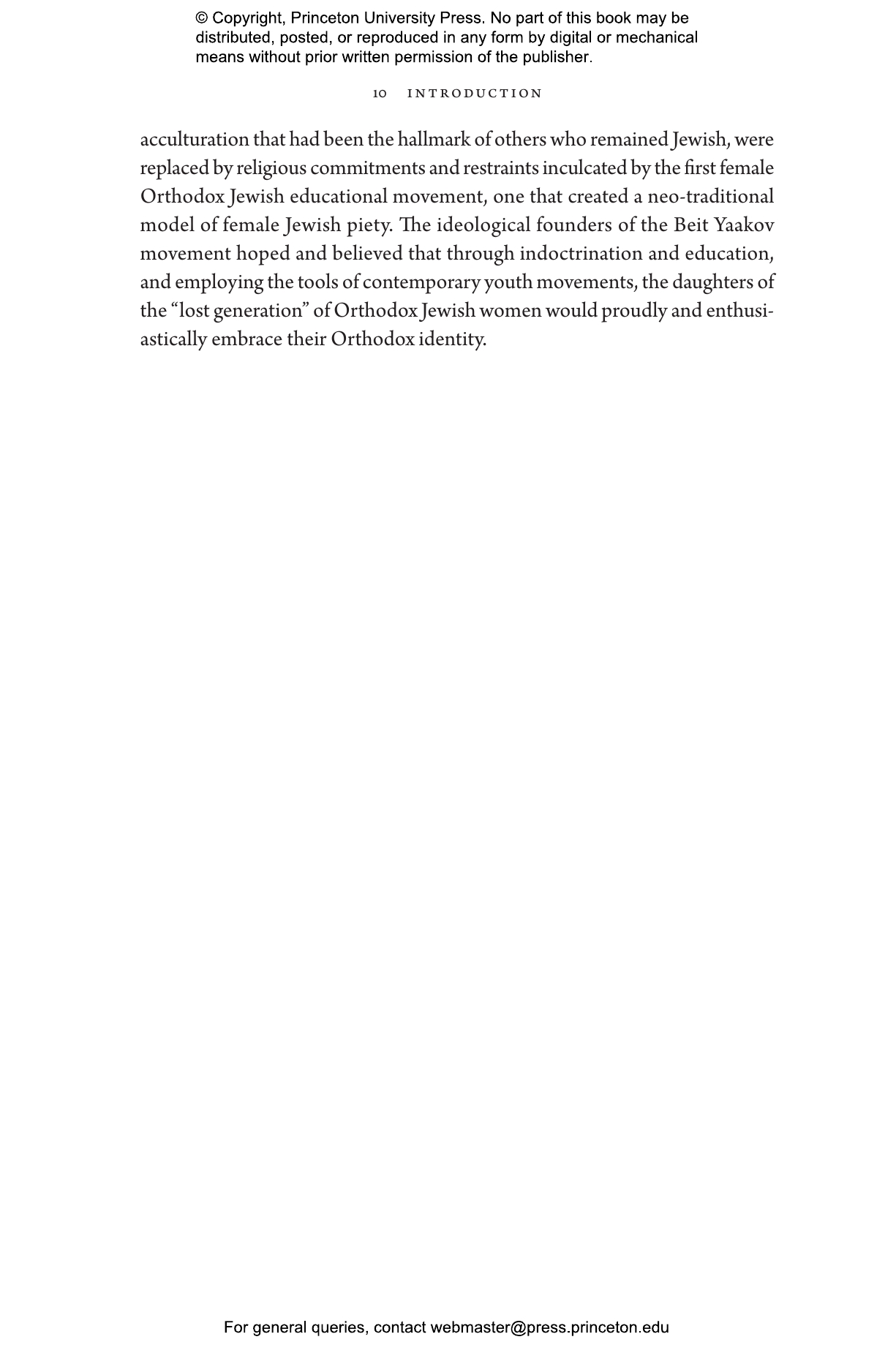 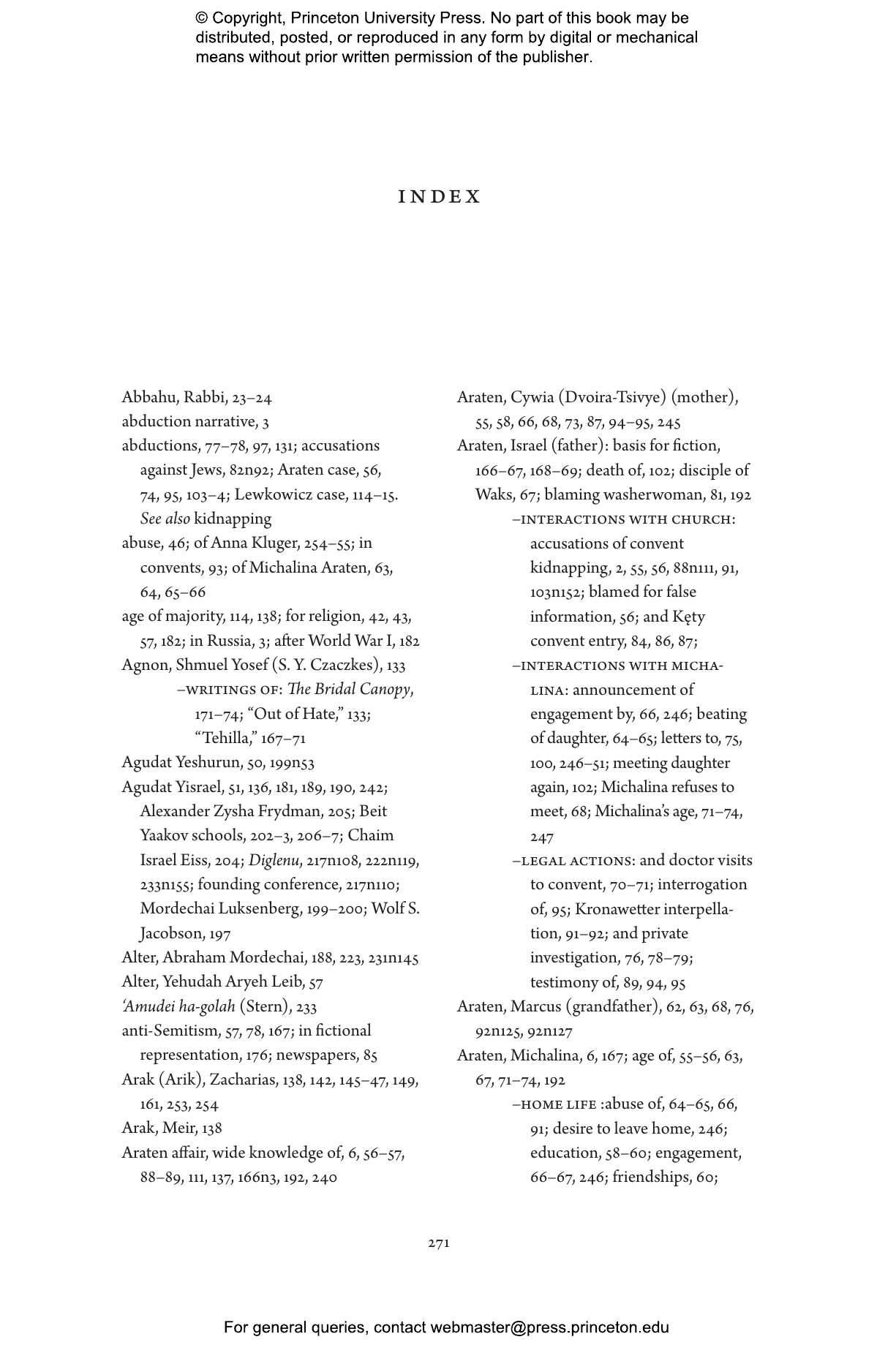 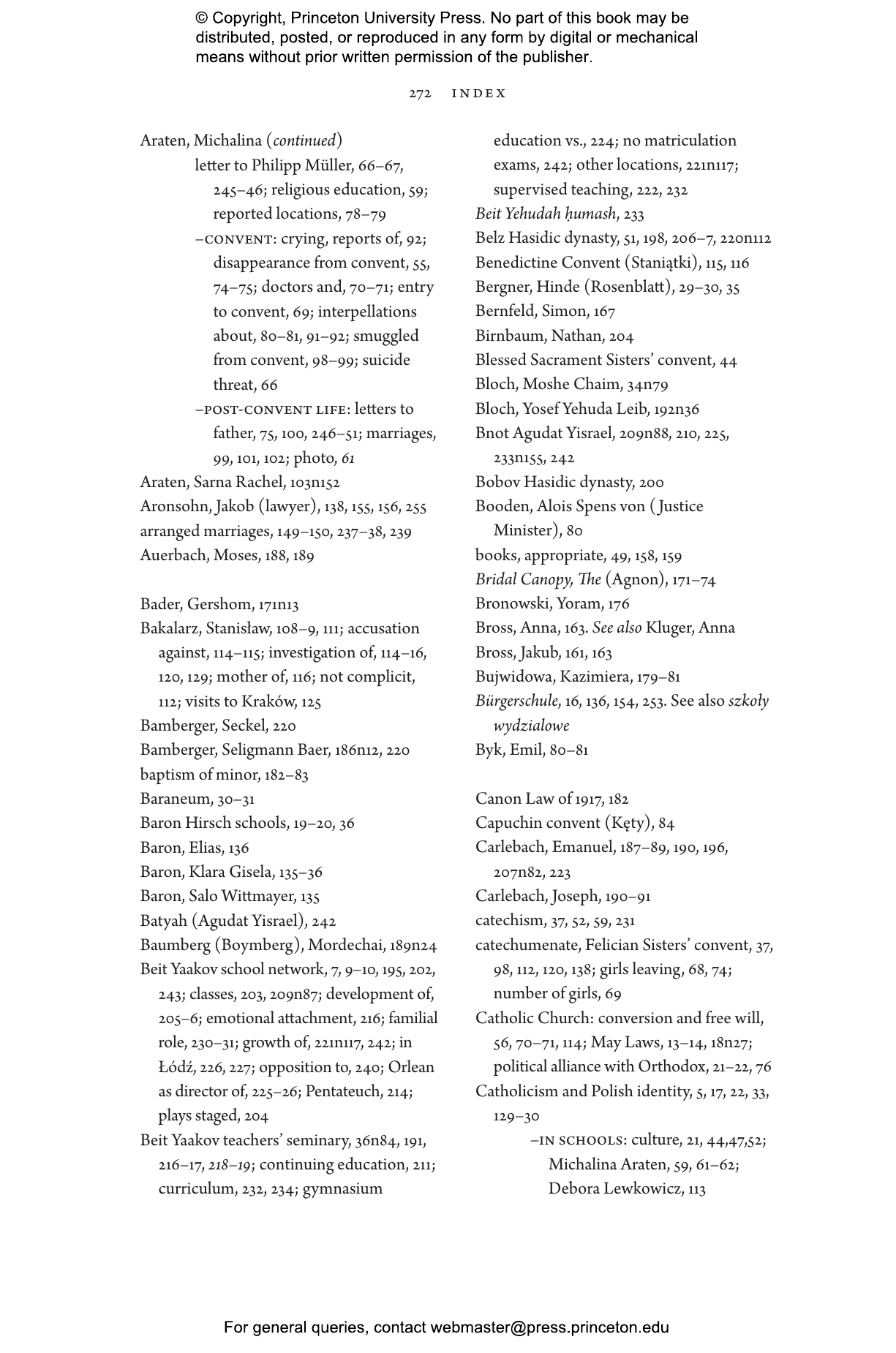 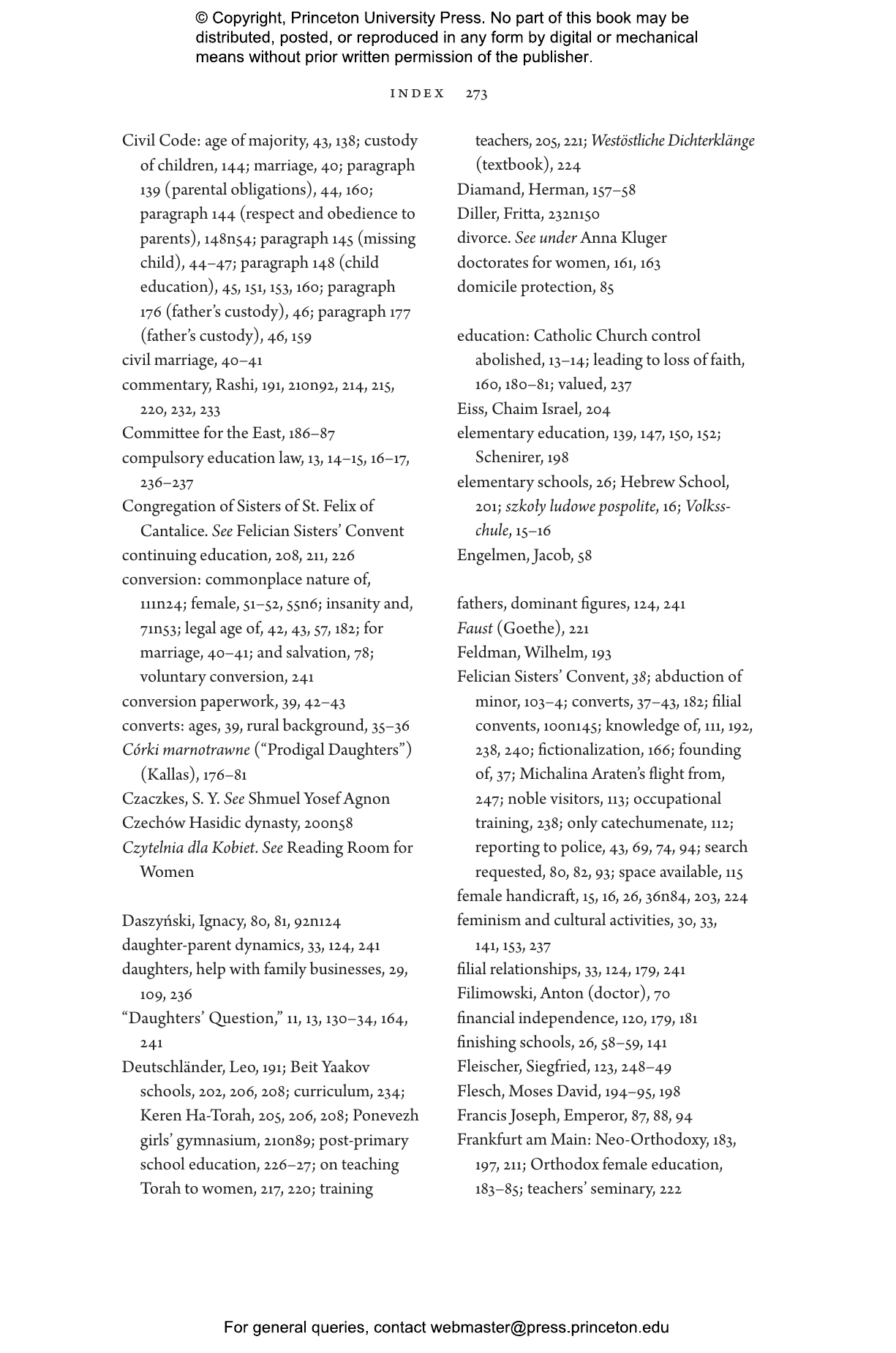 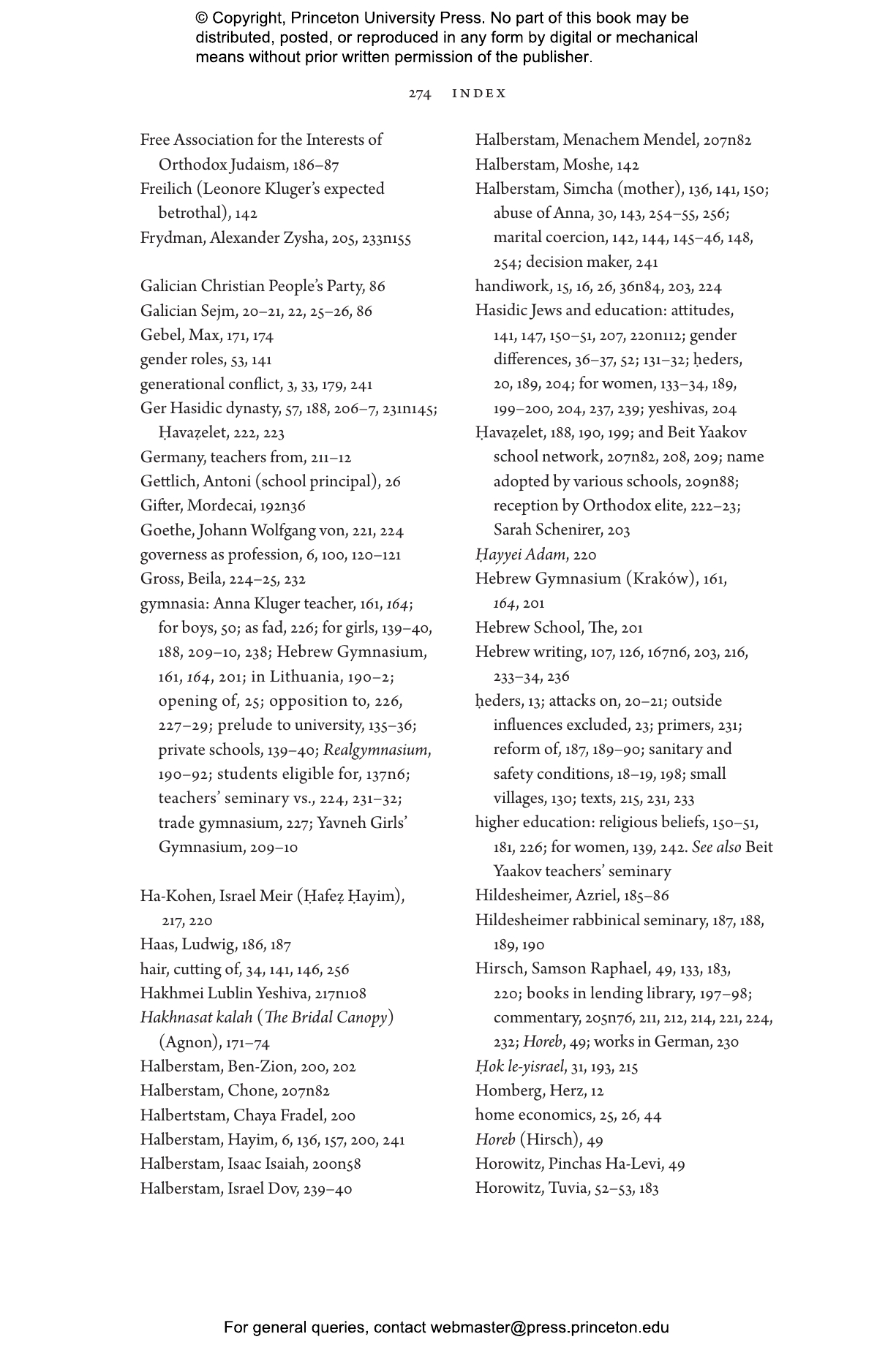 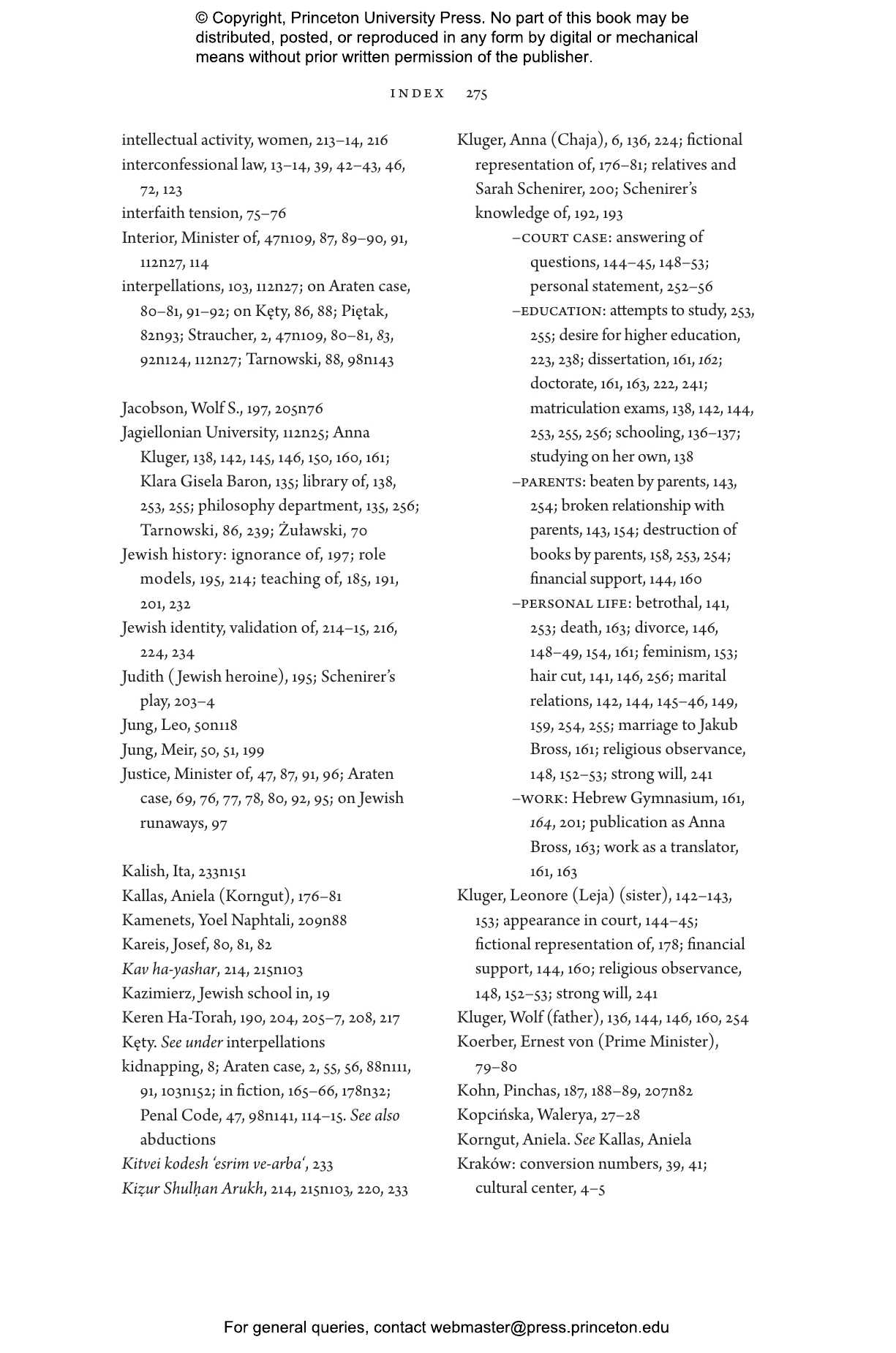 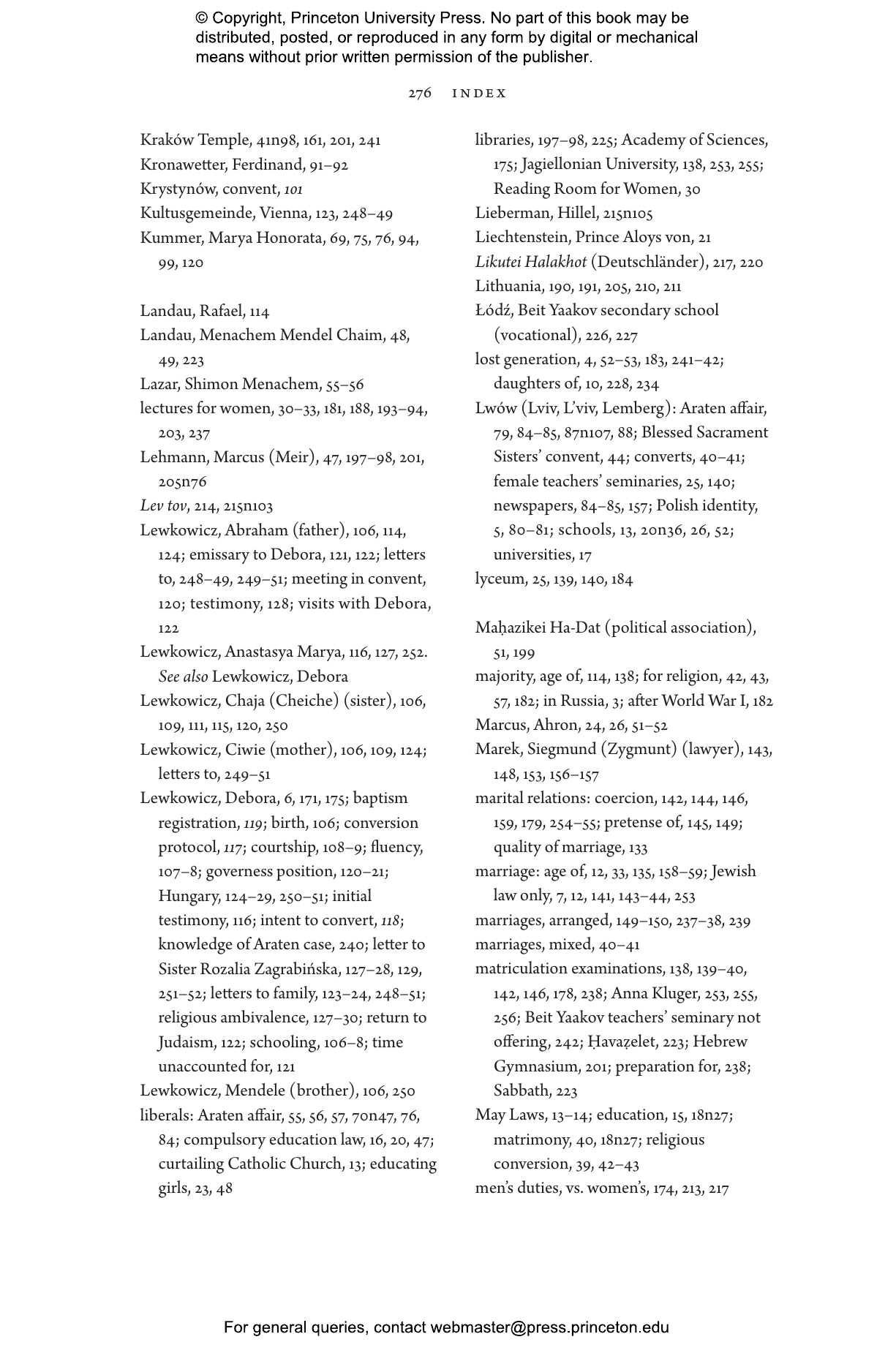 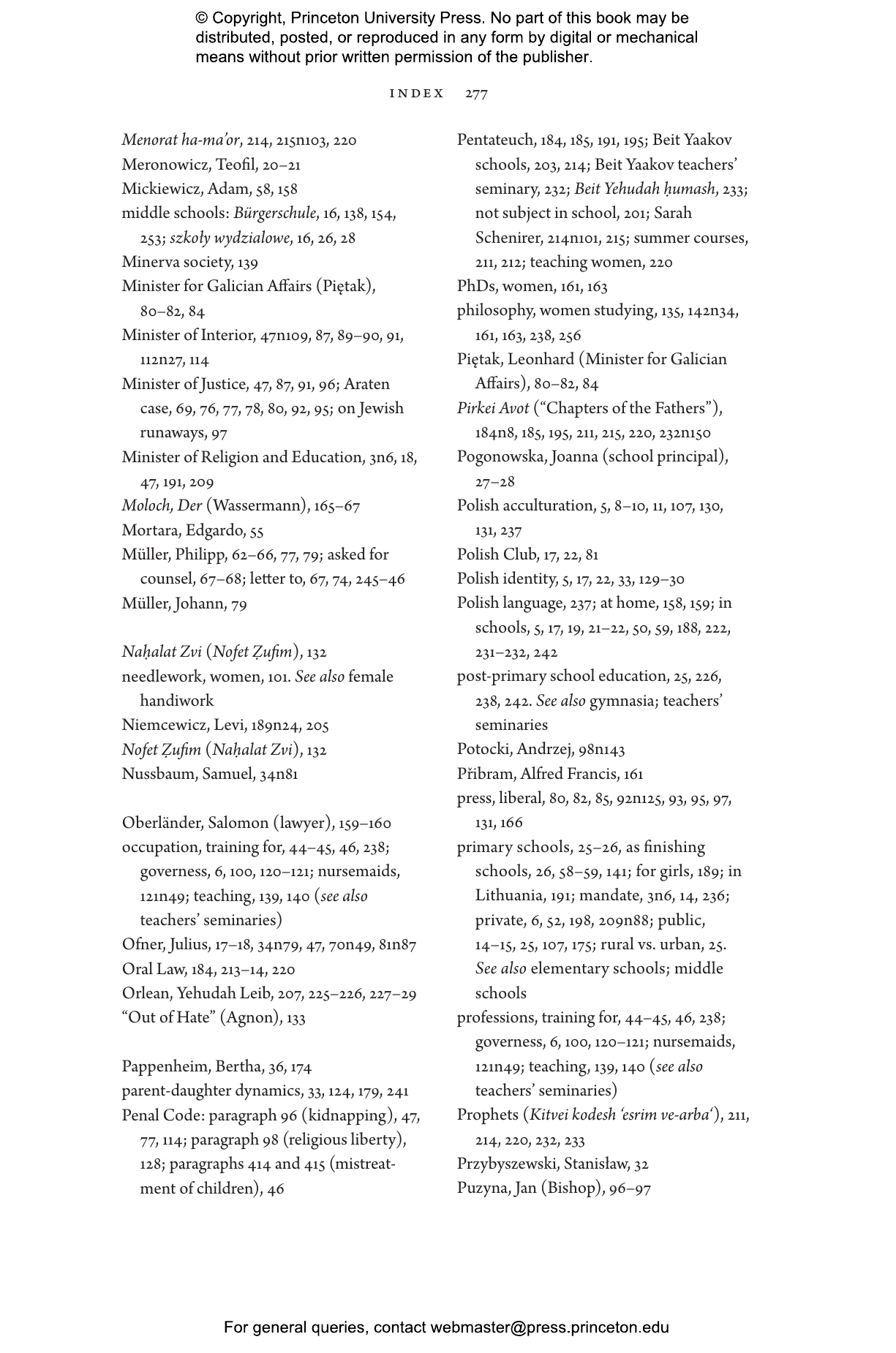 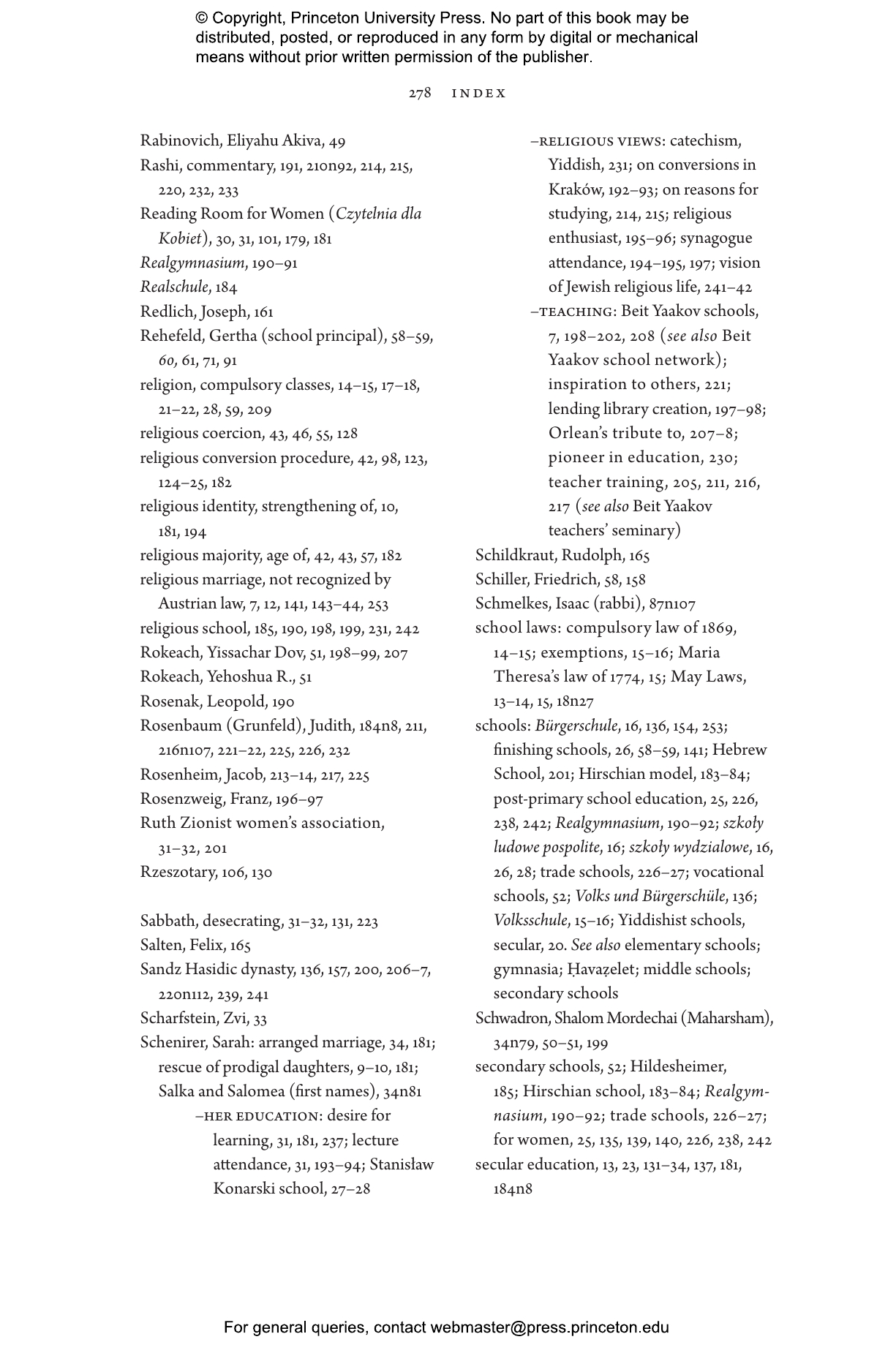 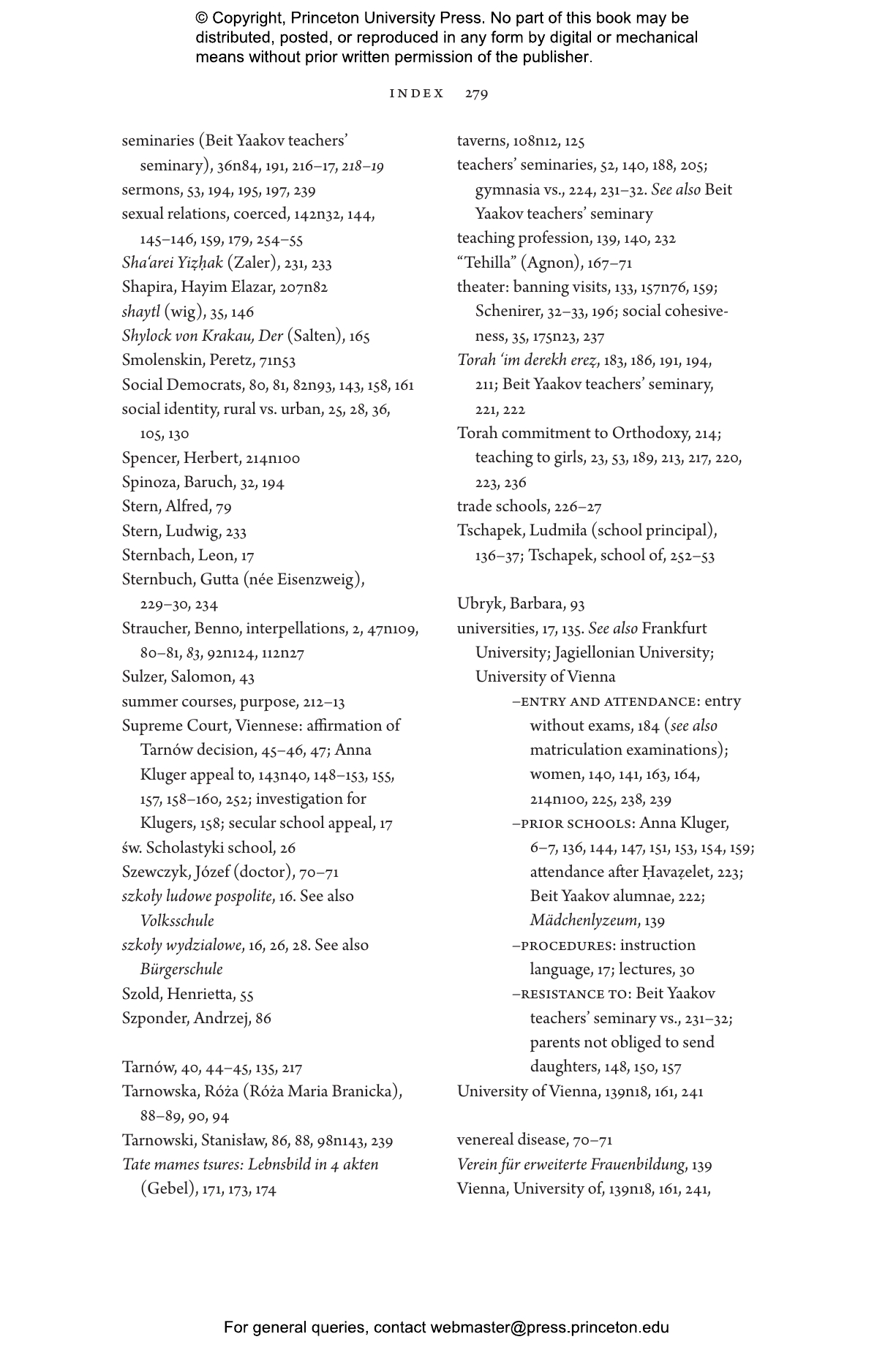 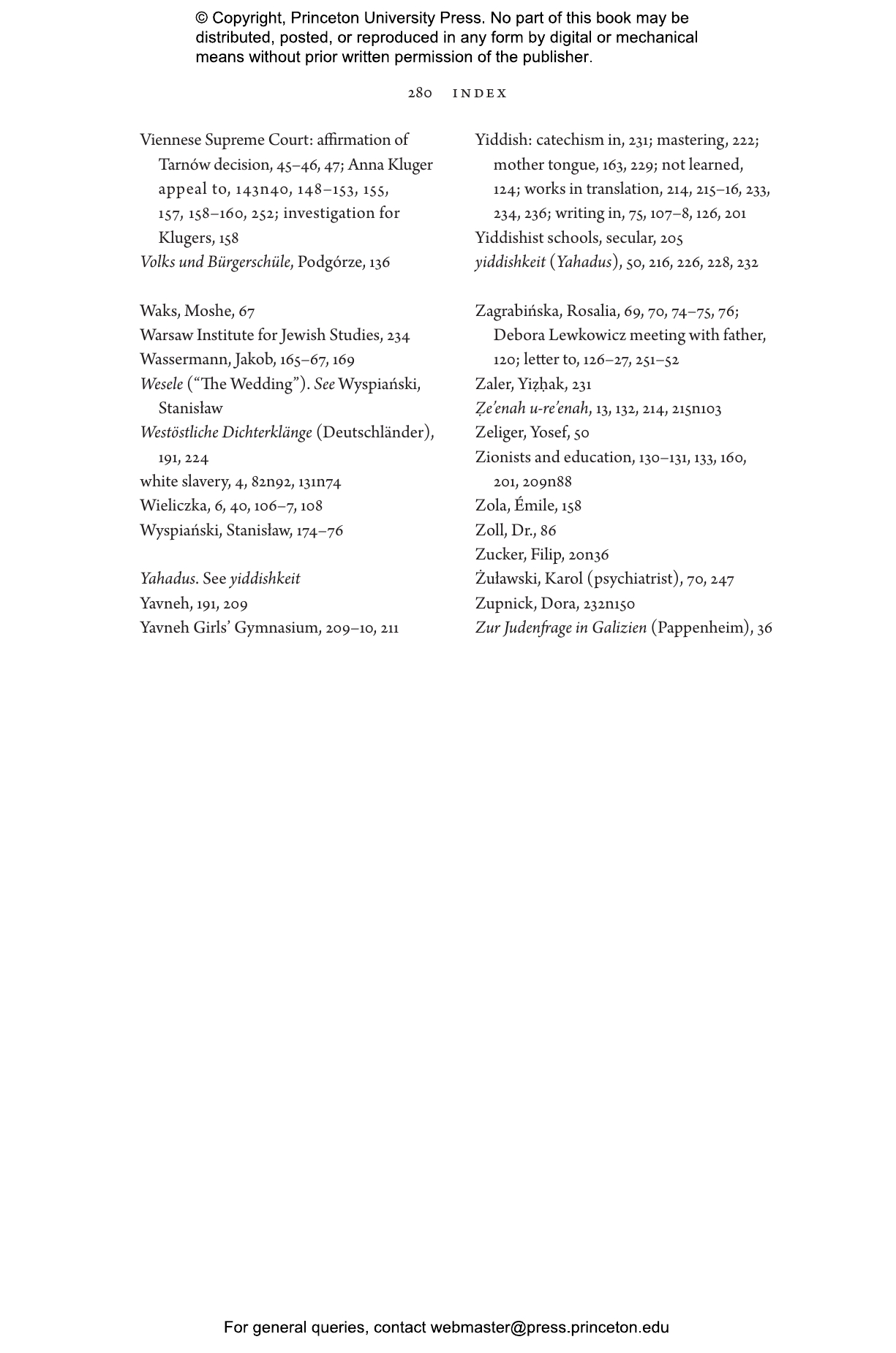 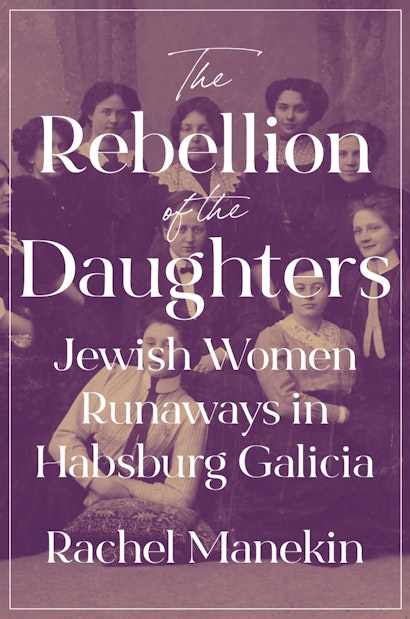 The Rebellion of the Daughters investigates the flight of young Jewish women from their Orthodox, mostly Hasidic, homes in Western Galicia (now Poland) in the late nineteenth and early twentieth centuries. In extreme cases, hundreds of these women sought refuge in a Kraków convent, where many converted to Catholicism. Those who stayed home often remained Jewish in name only.

Relying on a wealth of archival documents, including court testimonies, letters, diaries, and press reports, Rachel Manekin reconstructs the stories of three Jewish women runaways and reveals their struggles and innermost convictions. Unlike Orthodox Jewish boys, who attended “cheders,” traditional schools where only Jewish subjects were taught, Orthodox Jewish girls were sent to Polish primary schools. When the time came for them to marry, many young women rebelled against the marriages arranged by their parents, with some wishing to pursue secondary and university education. After World War I, the crisis of the rebellious daughters in Kraków spurred the introduction of formal religious education for young Orthodox Jewish women in Poland, which later developed into a worldwide educational movement. Manekin chronicles the belated Orthodox response and argues that these educational innovations not only kept Orthodox Jewish women within the fold but also foreclosed their opportunities for higher education.

Exploring the estrangement of young Jewish women from traditional Judaism in Habsburg Galicia at the turn of the twentieth century, The Rebellion of the Daughters brings to light a forgotten yet significant episode in Eastern European history.

Rachel Manekin is associate professor of Jewish studies at the University of Maryland. She is the author of The Jews of Galicia and the Austrian Constitution: The Beginning of Modern Jewish Politics.

"The Rebellion of the Daughters deftly examines the profound crisis that tore apart Jewish families in Austrian Galicia at the turn of the century, one that underscored the true social costs of the neglect of Jewish education for young women and girls. This is an indispensable contribution to the social and cultural history of Jews in Central Europe."—Hillel J. Kieval, Washington University in St. Louis

"Well-researched and compelling, The Rebellion of the Daughters is one of the few books to elucidate the lives of Jewish women in Galicia and contributes to our understanding of the relationship among Jews, the state, and the Catholic church."—ChaeRan Freeze, Brandeis University

"Using an impressive range of primary sources, The Rebellion of the Daughters fills an important gap in the scholarship on Eastern European Jewry."—Elissa Bemporad, Queens College and CUNY Graduate Center