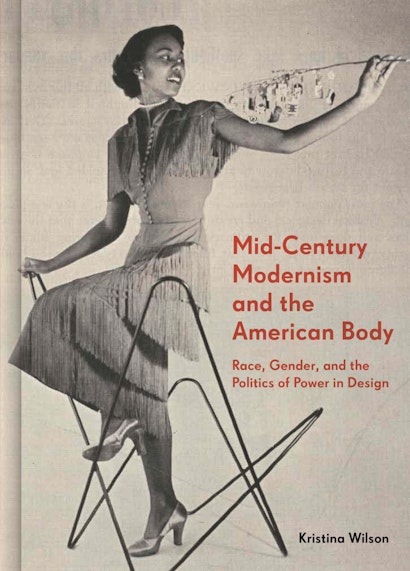 In the world of interior design, mid-century Modernism has left an indelible mark still seen and felt today in countless open-concept floor plans and spare, geometric furnishings. Yet despite our continued fascination, we rarely consider how this iconic design sensibility was marketed to the diverse audiences of its era. Examining advice manuals, advertisements in Life and Ebony, furniture, art, and more, Mid-Century Modernism and the American Body offers a powerful new look at how codes of race, gender, and identity influenced—and were influenced by—Modern design and shaped its presentation to consumers.

Taking us to the booming suburban landscape of postwar America, Kristina Wilson demonstrates that the ideals defined by popular Modernist furnishings were far from neutral or race-blind. Advertisers offered this aesthetic to White audiences as a solution for keeping dirt and outsiders at bay, an approach that reinforced middle-class White privilege. By contrast, media arenas such as Ebony magazine presented African American readers with an image of Modernism as a style of comfort, security, and social confidence. Wilson shows how etiquette and home decorating manuals served to control women by associating them with the domestic sphere, and she considers how furniture by George Nelson and Charles and Ray Eames, as well as smaller-scale decorative accessories, empowered some users, even while constraining others.

A striking counter-narrative to conventional histories of design, Mid-Century Modernism and the American Body unveils fresh perspectives on one of the most distinctive movements in American visual culture.

Kristina Wilson is professor of art history at Clark University. She is the author of The Modern Eye and Livable Modernism. Instagram @kristinawilsonartdesign 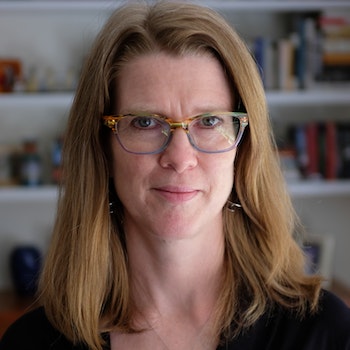 "A provocative analysis of race and gender during the Modernist movement in postwar America. Written in accessible language, yet supported by notable scholarly sources, Mid-Century Modernism and the American Body is a compelling read for the design student, mid-century enthusiast, and those interested in historical revisionism…A fascinating and important read for a popular audience."—Erika Balcombe, Spacing Vancouver

"Tantalizingly illustrated with over 150 images taken from diverse design sources, Wilson’s book offers a beautiful and destabilizing “counter-history” of modernism that forces us to reconsider the sources and motivations behind the decorative revivalisms we hold dear."—Kate Burnett Budzyn, Decorative Arts Trust Bulletin

"Wilson’s deep knowledge of and scholarship in modern design are evident in this book’s precisely articulated argument. . . . Wilson’s archival research and careful interrogation of relevant texts and images compels readers to see the powerful messages embedded in marketing materials in a fresh way. . . . Essential reading for students of sociology as well as design. "—Library Journal

"Mid-Century Modernism and the American Body serves as a timely corrective. . . . [The book] emphatically succeeds in the difficult task of unearthing hitherto concealed biases that undergirded the design of the period. . . . [It] can serve as a fruitful model for much of the urgent work that remains to be carried out in the field of design history."—Shane Morrissy, caa.reviews

"Wilson’s brilliant analysis provides an urgent corrective to conventional accounts of Modern design. Through close studies of rich contextual material, including design drawings and advertising imagery, she takes us from commercial showrooms to intimate domestic spaces, unpicking the racialized and gendered strategies that sought to define and control consumers throughout the postwar period. This timely work acts as a clarion call to encourage further explorations of parallel design histories that have remained for far too long in the shadows."—Abraham Thomas, Daniel Brodsky Curator of Modern Architecture, Design, and Decorative Arts, The Metropolitan Museum of Art

"For generations, the history of Modern design has been treated as if it had nothing to do with race. No longer: Wilson’s deeply researched and beautifully written book shows us how Modernism was deployed to reinforce exclusionary conceptions of Whiteness, while also attending to the experiences of Black designers and consumers. Timely and necessary, this work makes an essential contribution to our understanding of design history and postwar America."—Glenn Adamson, author of Fewer, Better Things: The Hidden Wisdom of Objects

"Brilliantly examining the role of Modernism in the creation of American values after the Second World War, Wilson brings to light the parallel histories that emerged in a segregated society obsessed with forging racial and gender difference through architecture and design. This pathbreaking book demonstrates the astonishing ways in which contrasting Black and White identities were created through the use of African art and non-Western objects as decorative elements that established notions of racial otherness."—Gwendolyn Dubois Shaw, author of Seeing the Unspeakable: The Art of Kara Walker

"In this insightful and pointed investigation, Wilson deftly reveals the linkage between the sanitized and whitewashed Modernist design creed of the mid-twentieth century and vital issues of the body, particularly race. With an overwhelming wealth of visuals, this book makes us look again at designed objects and reconsider our interiors—and way of living—then and now. It will be a touchstone on the subject for years to come."—Elizabeth Guffey, author of Retro: The Culture of Revival

"This important book addresses a large gap in the literature by rereading Modernism through the lens of race and ethnicity and their intersection with issues of gender. Showing how Modernism is not only not neutral but also actively promotes whiteness while eliding matters of race, this work makes a significant contribution. Readers will appreciate the caliber of Wilson’s accessible and authoritative analysis."—Grace Lees-Maffei, author of Design at Home: Domestic Advice Books in Britain and the USA since 1945