Songs, barks, roars, hoots, squeals, and growls: exploring the mysteries of how animals communicate by sound 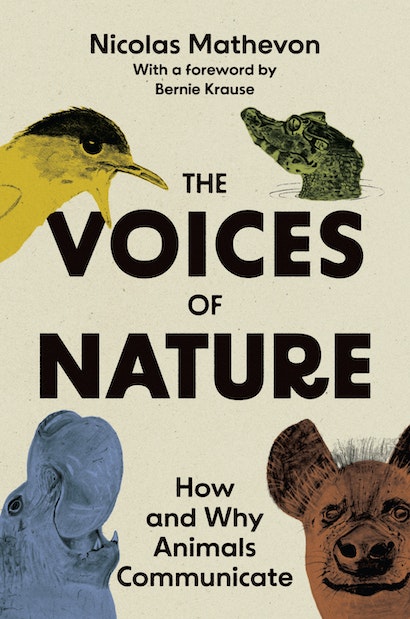 What is the meaning of a bird’s song, a baboon’s bark, an owl’s hoot, or a dolphin’s clicks? In The Voices of Nature, Nicolas Mathevon explores the mysteries of animal sound. Putting readers in the middle of animal soundscapes that range from the steamy heat of the Amazon jungle to the icy terrain of the Arctic, Mathevon reveals the amazing variety of animal vocalizations. He describes how animals use sound to express emotion, to choose a mate, to trick others, to mark their territory, to call for help, and much more. What may seem like random chirps, squawks, and cries are actually signals that, like our human words, allow animals to carry on conversations with others.

Mathevon explains how the science of bioacoustics works to decipher the ways animals make and hear sounds, what information is encoded in these sound signals, and what this information is used for in daily life. Drawing on these findings as well as observations in the wild, Mathevon describes, among many other things, how animals communicate with their offspring, how they exchange information despite ambient noise, how sound travels underwater, how birds and mammals learn to vocalize, and even how animals express emotion though sound. Finally, Mathevon asks if these vocalizations, complex and expressive as they are, amount to language.

For readers who have wondered about the meaning behind a robin’s song or cicadas’ relentless “tchik-tchik-tchik,” this book offers a listening guide for the endlessly varied concert of nature. 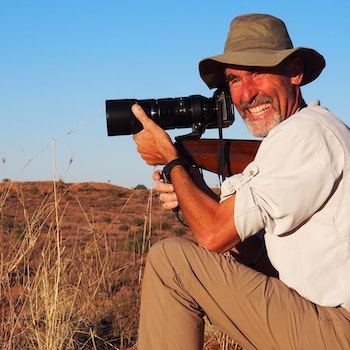 “Why do birds sing? How far do elephant rumbles travel? What does the golden rocket frog do to lure females? If you ever wanted answers to these and many other questions about animal acoustic communication, then join Nicolas Mathevon on his grand tour around the world. Sharing his encyclopedic knowledge as if you were his companion, he weaves explanations of the intricacies of sound production and perception with vivid accounts of his travels. A gem of a science book.”—Julia Fischer, University of Göttingen

“Globe-trotting field biologist Nicolas Mathevon takes us on a wonderful and educational journey around the world studying animal communication. It’s an inspiring and intimate journey from a world expert on bioacoustics.”—Daniel T. Blumstein, author of The Nature of Fear: Survival Lessons from the Wild