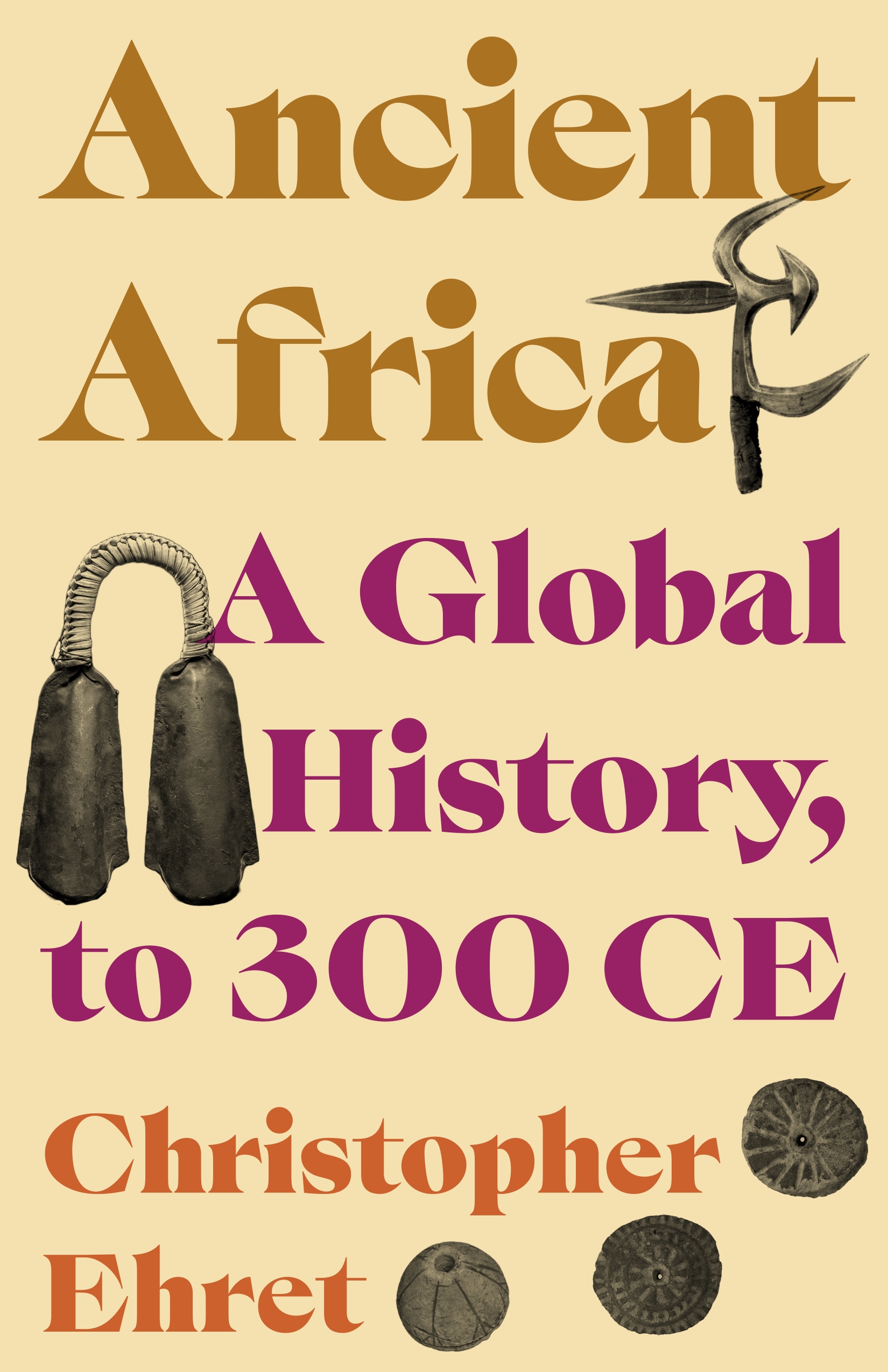 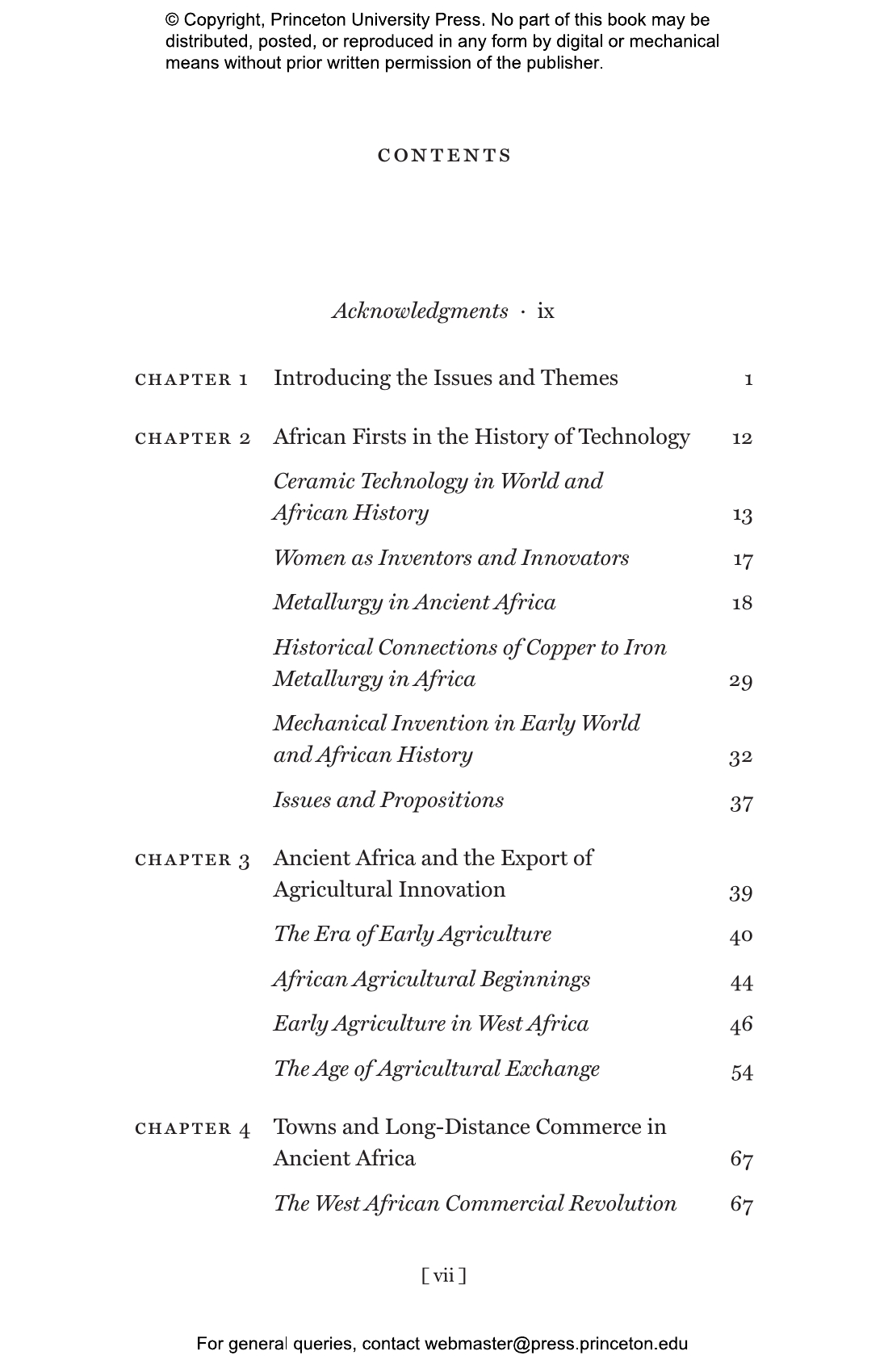 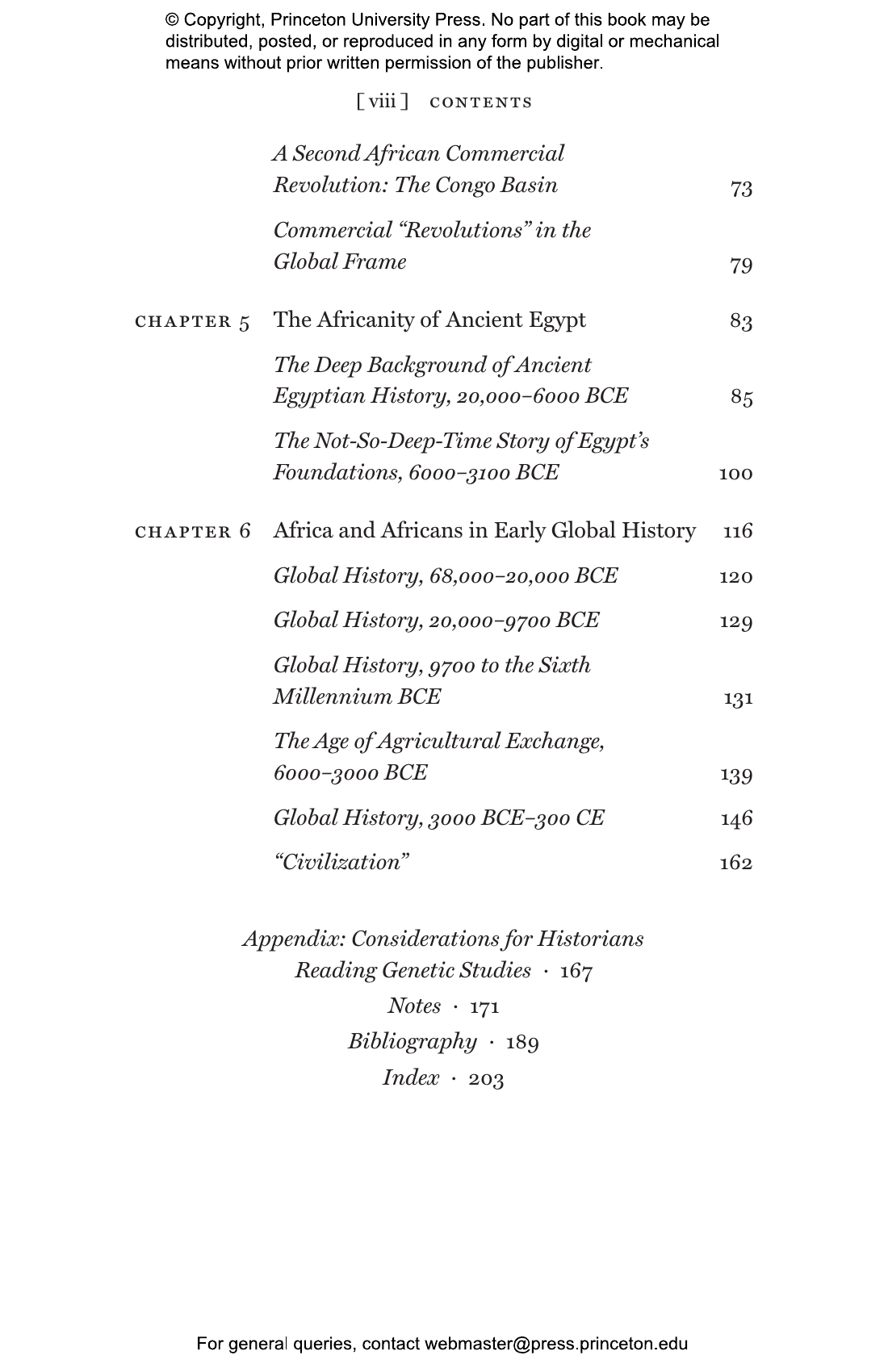 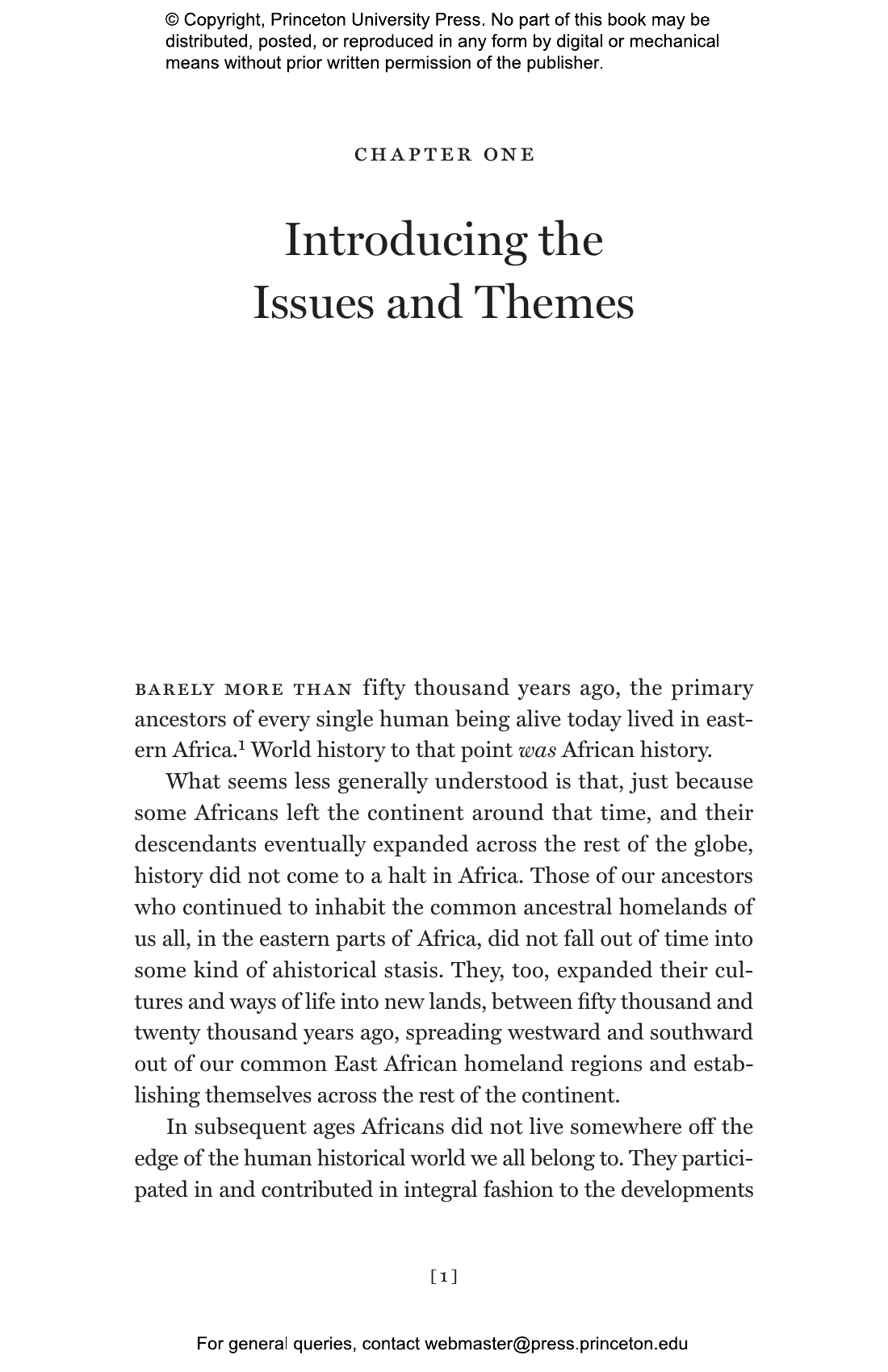 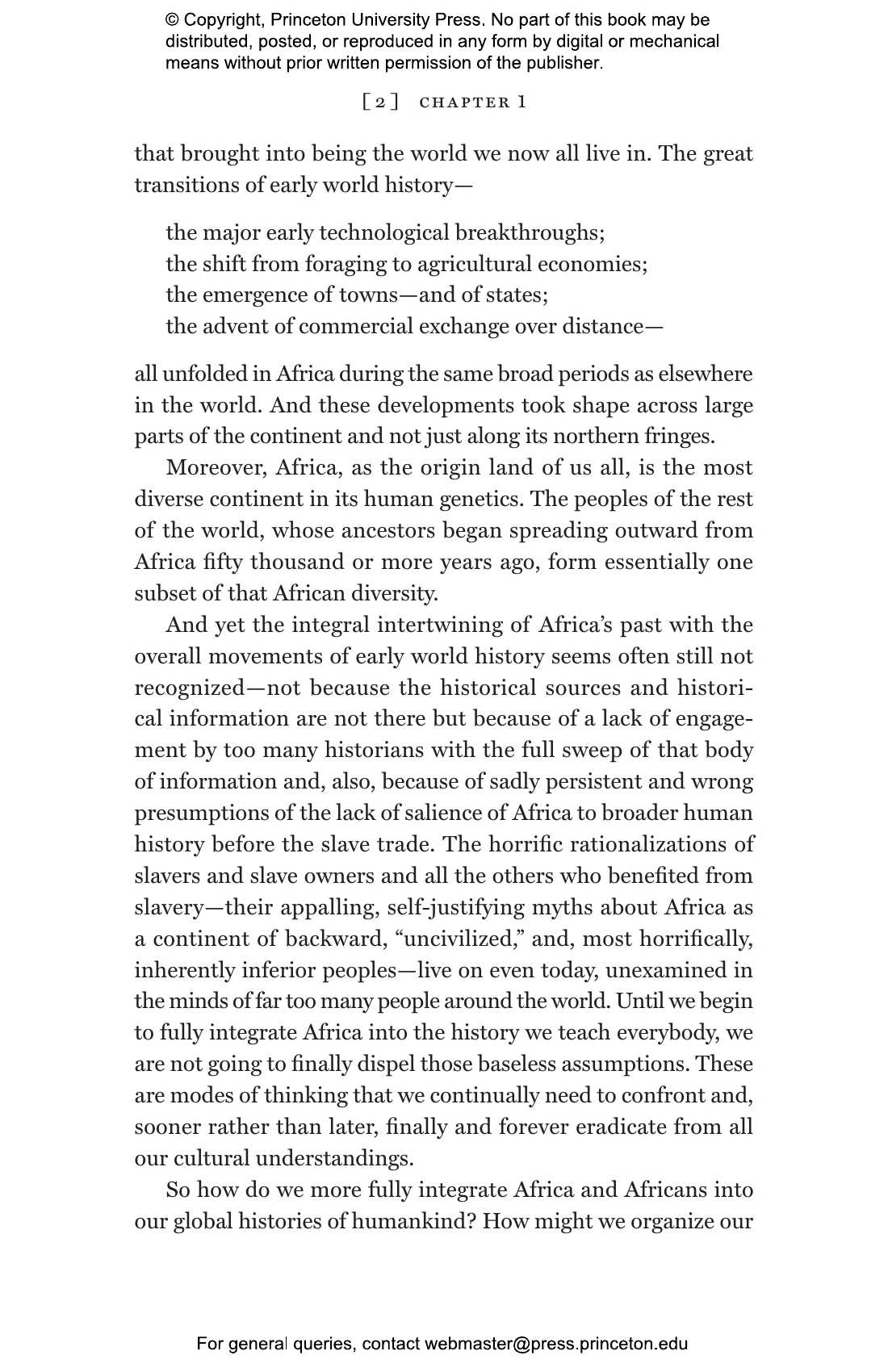 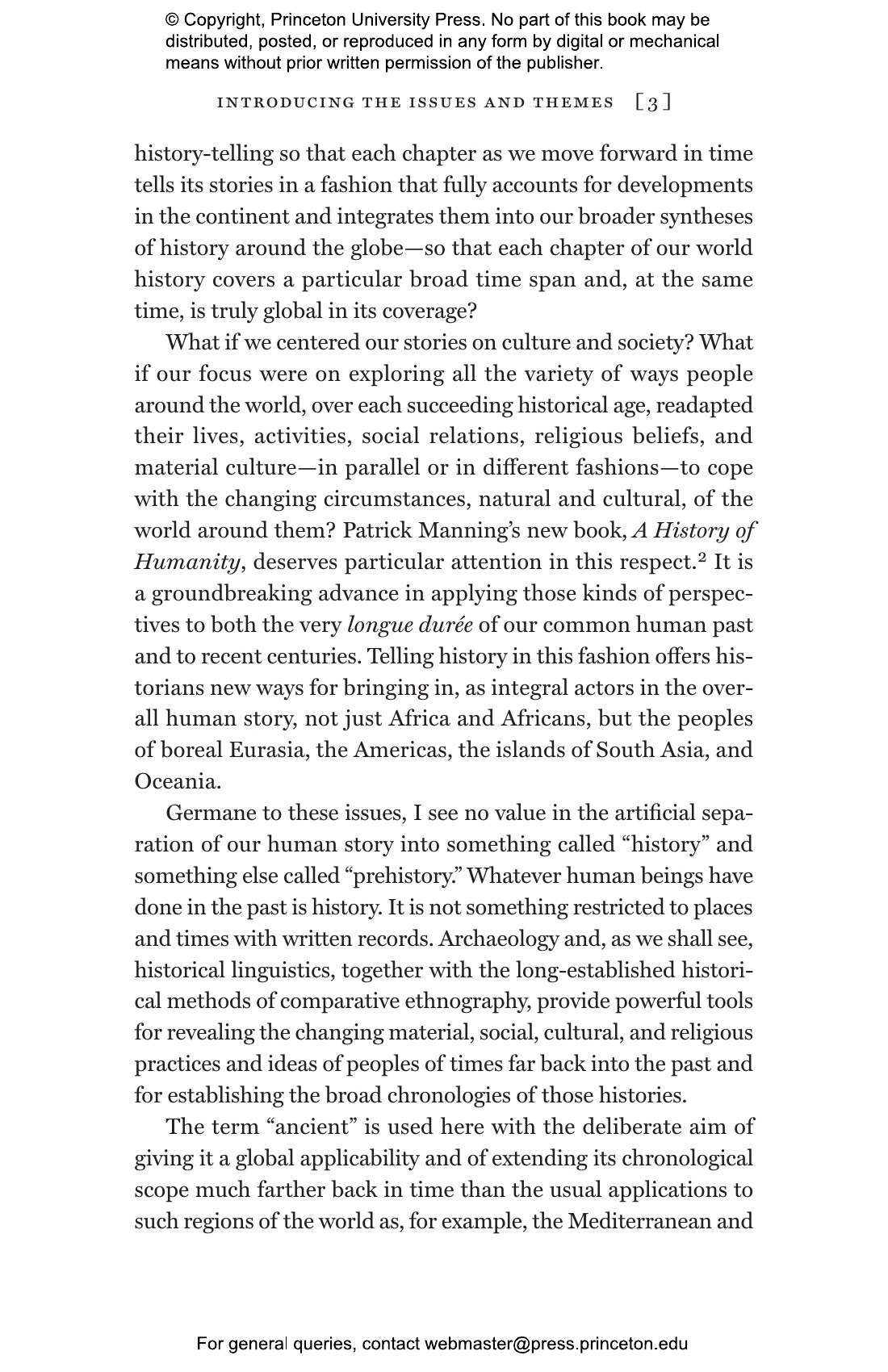 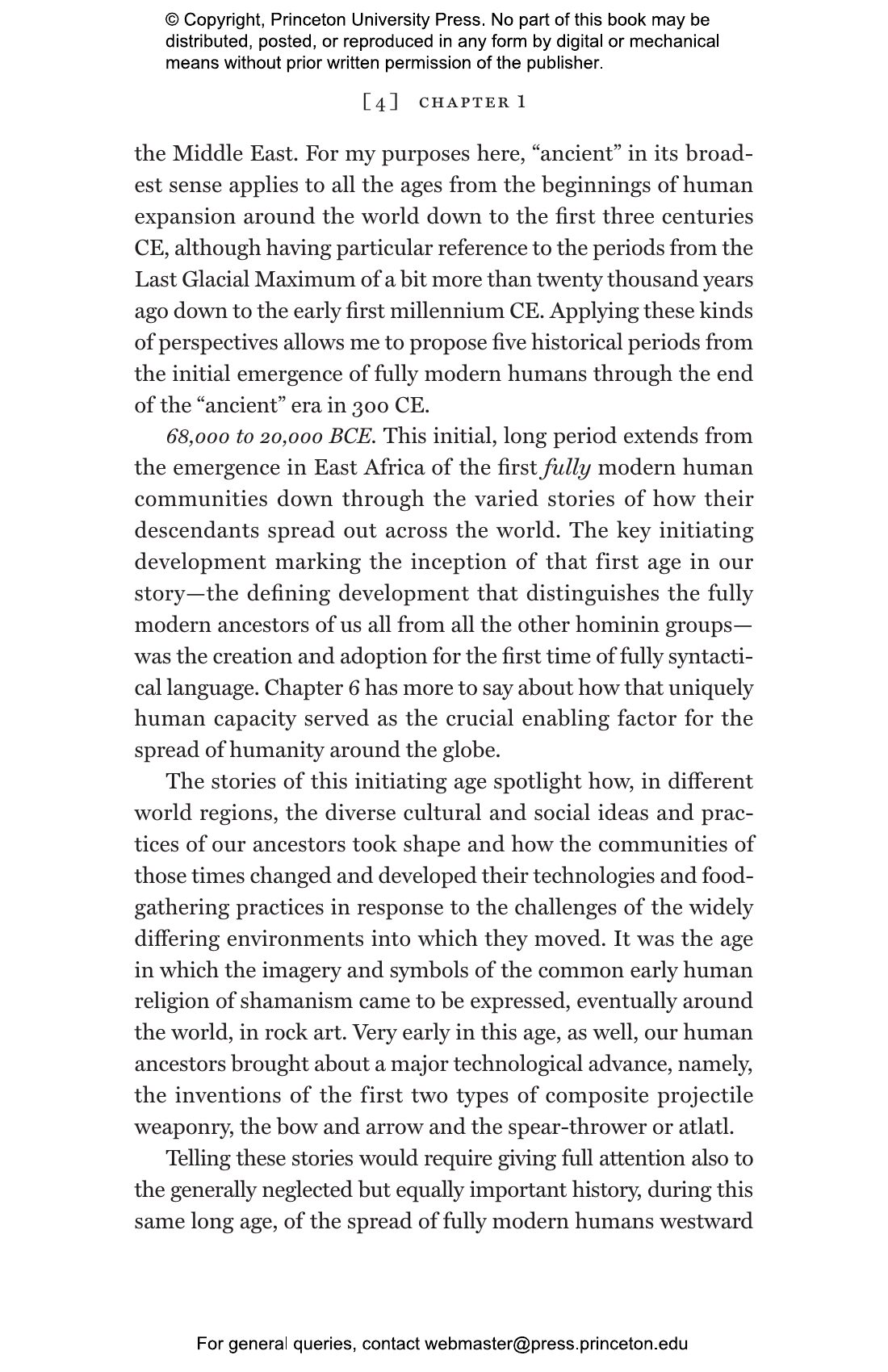 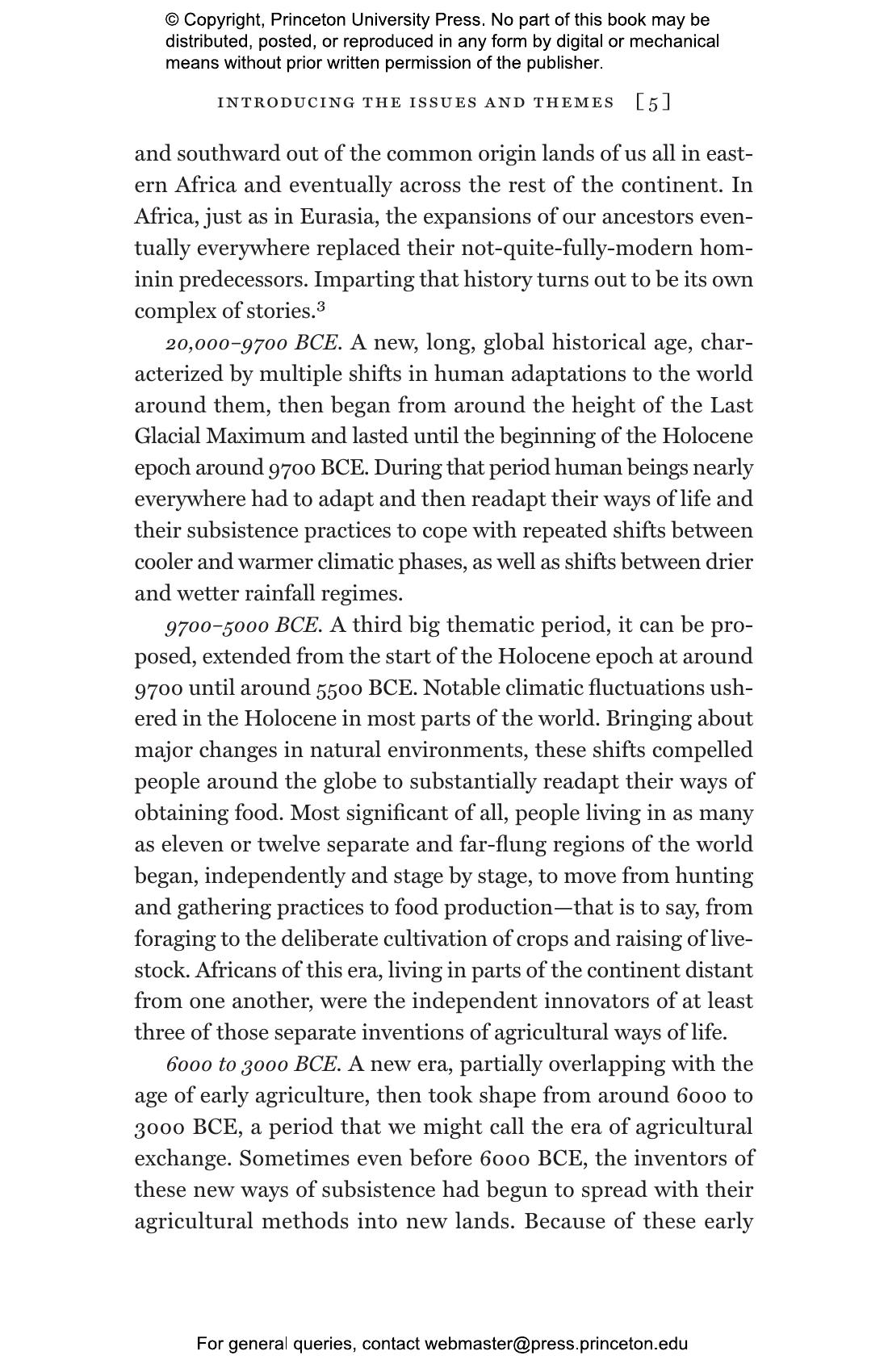 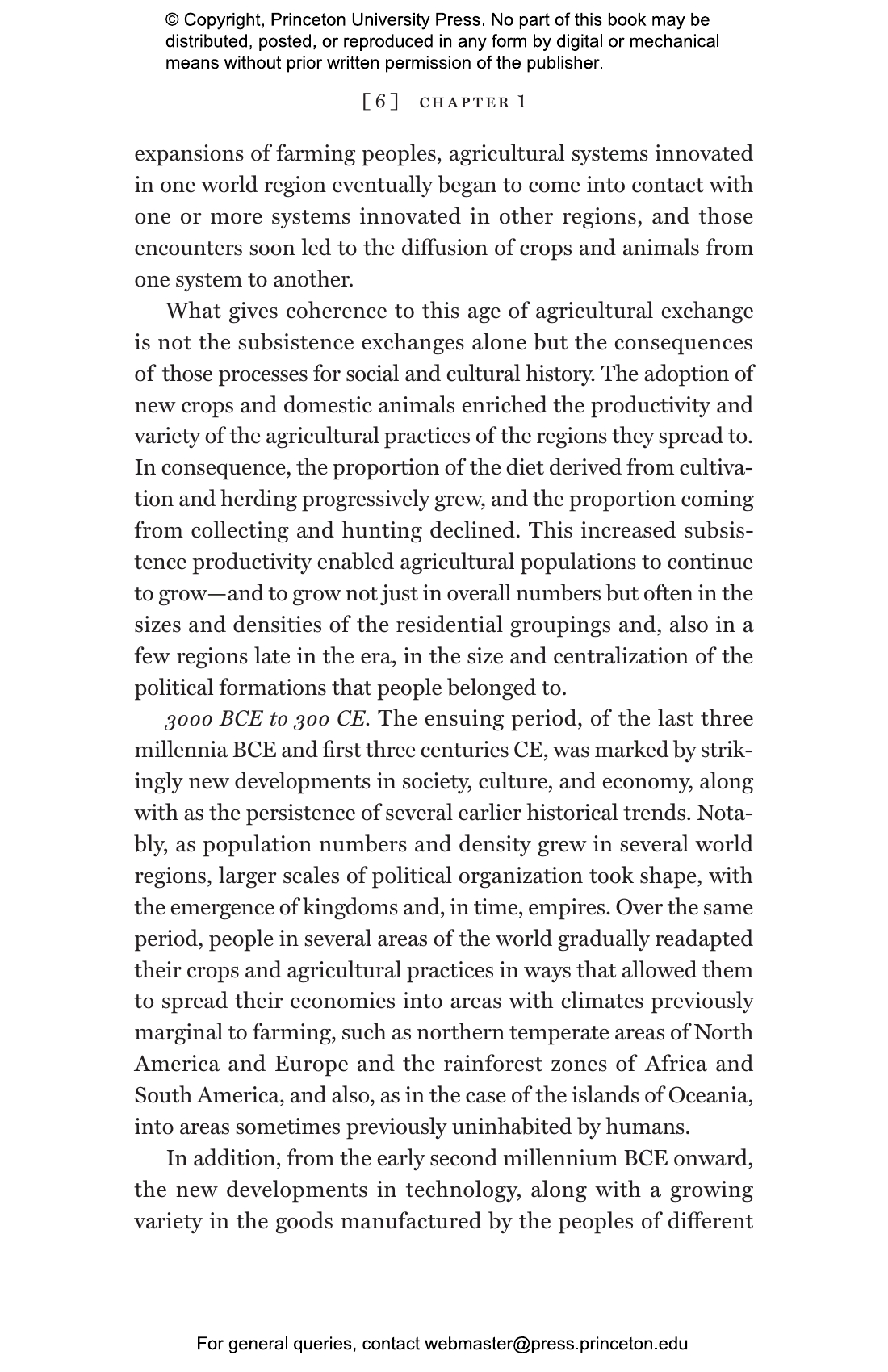 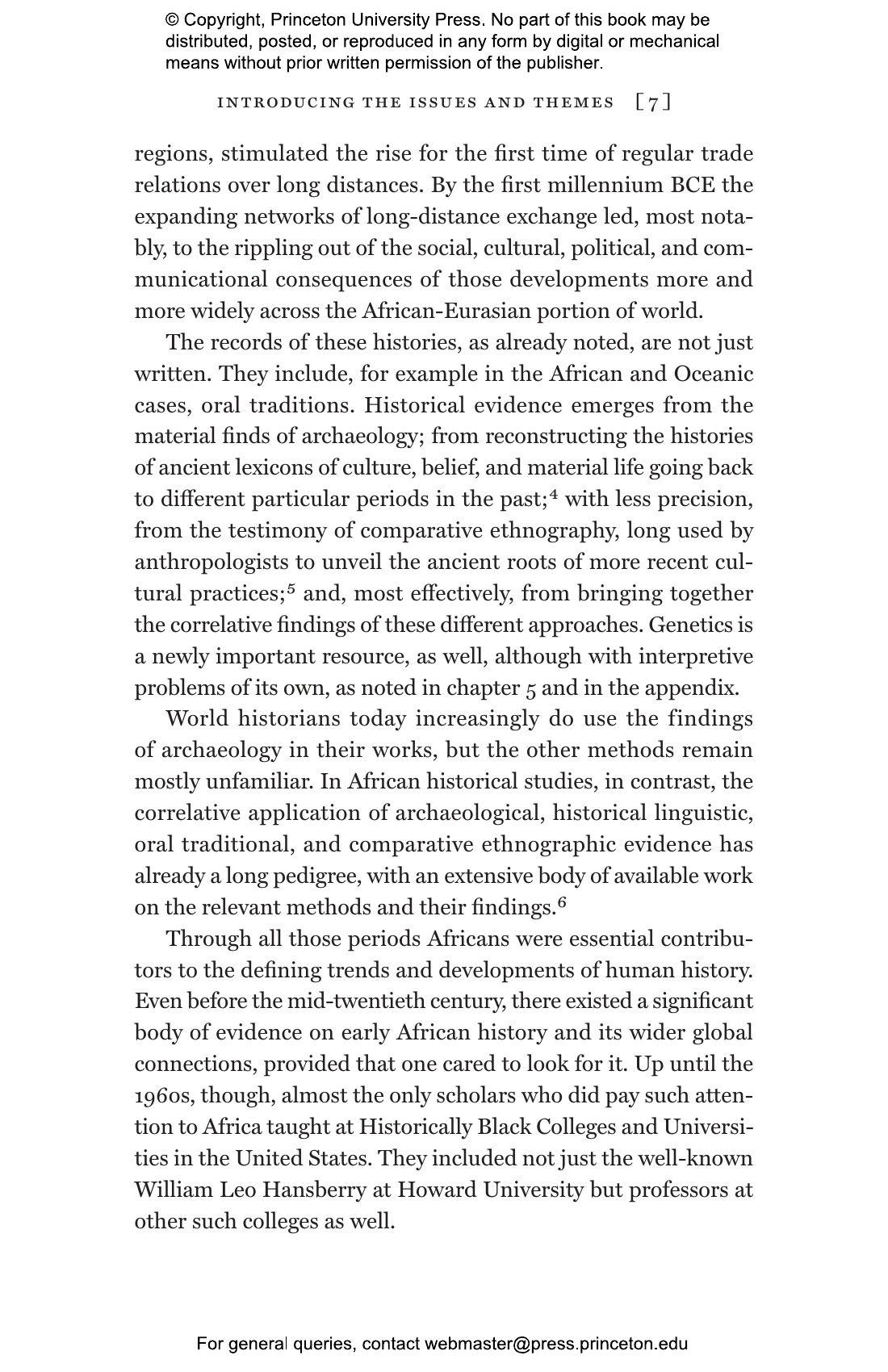 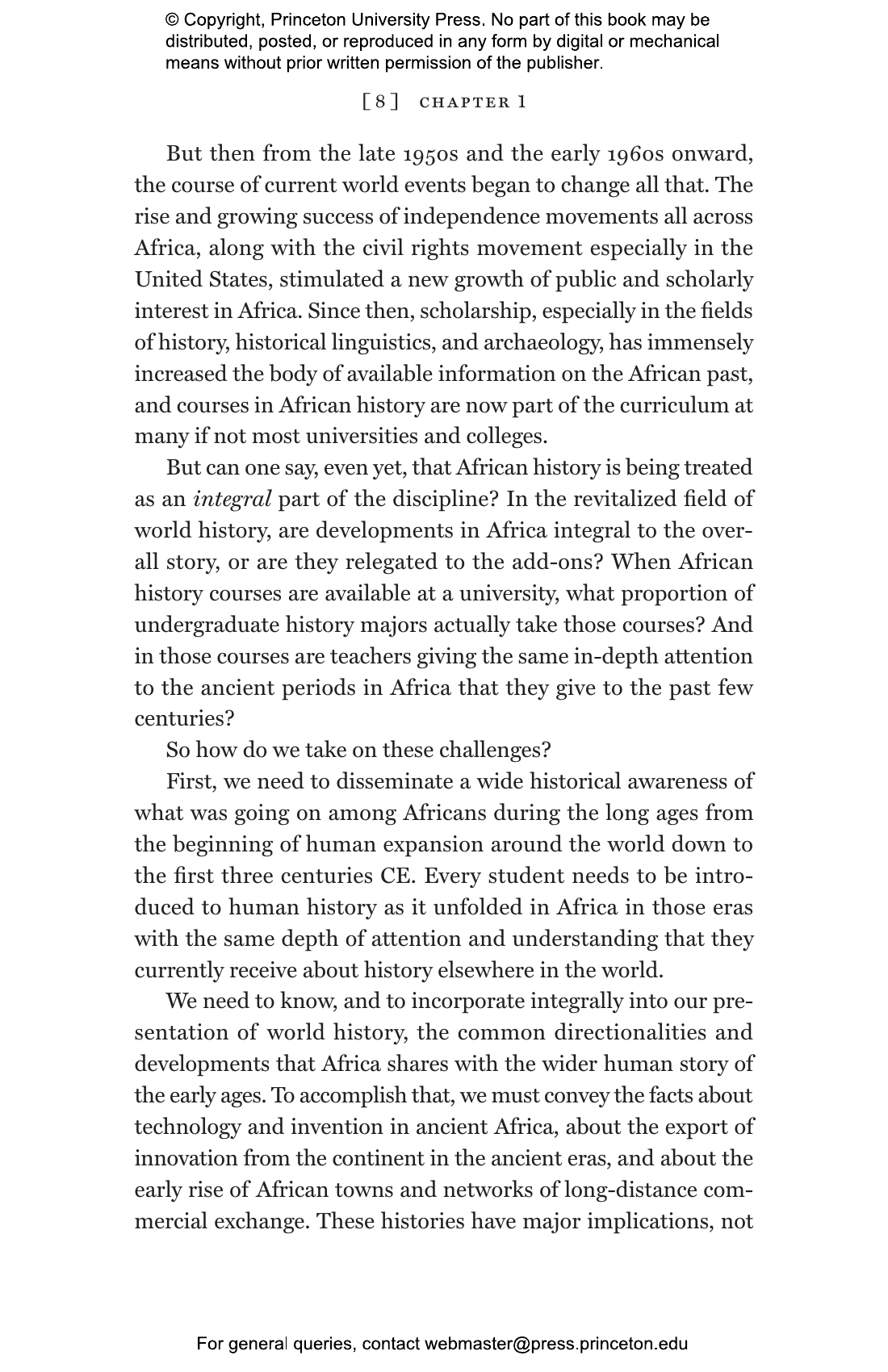 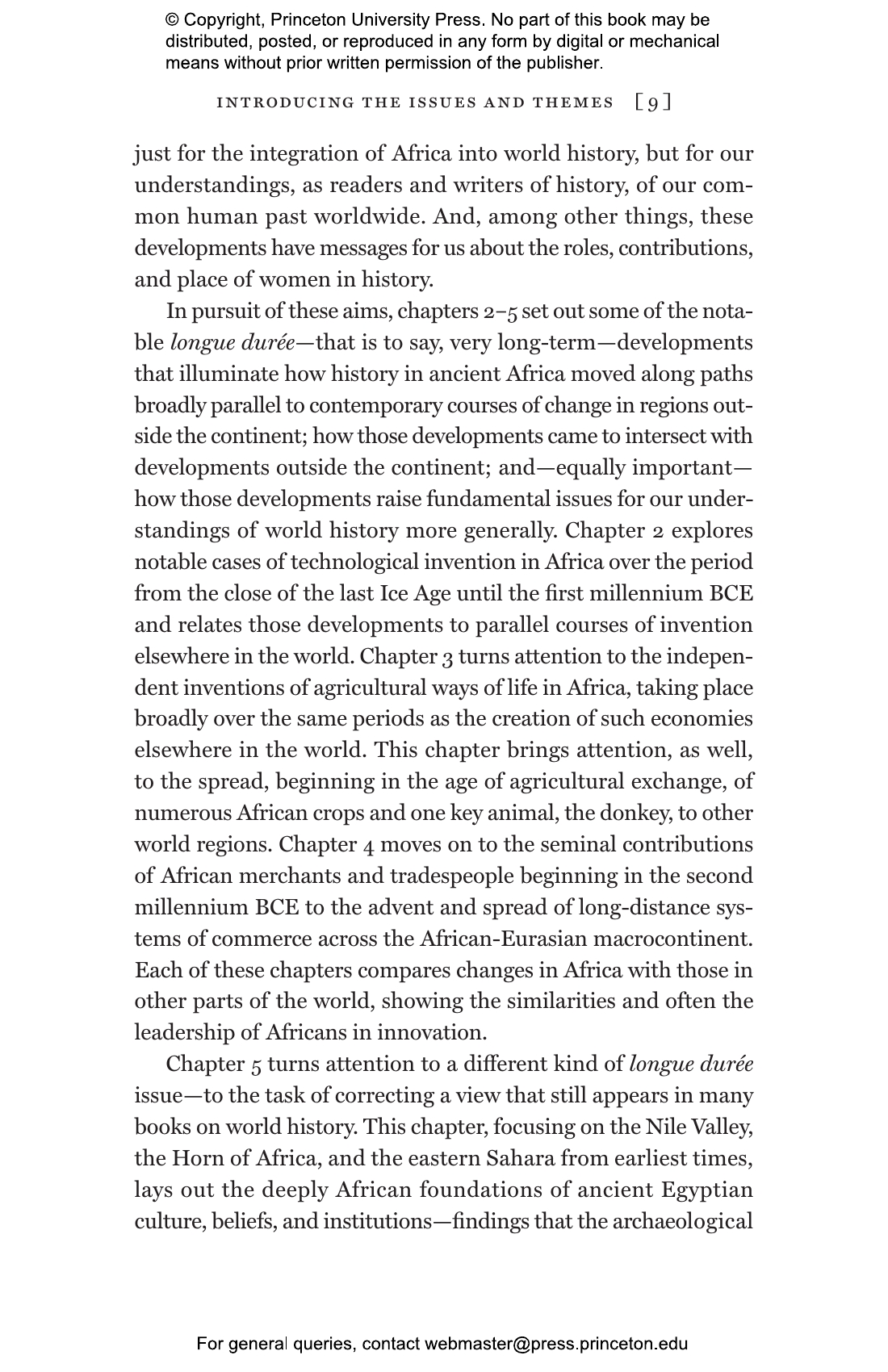 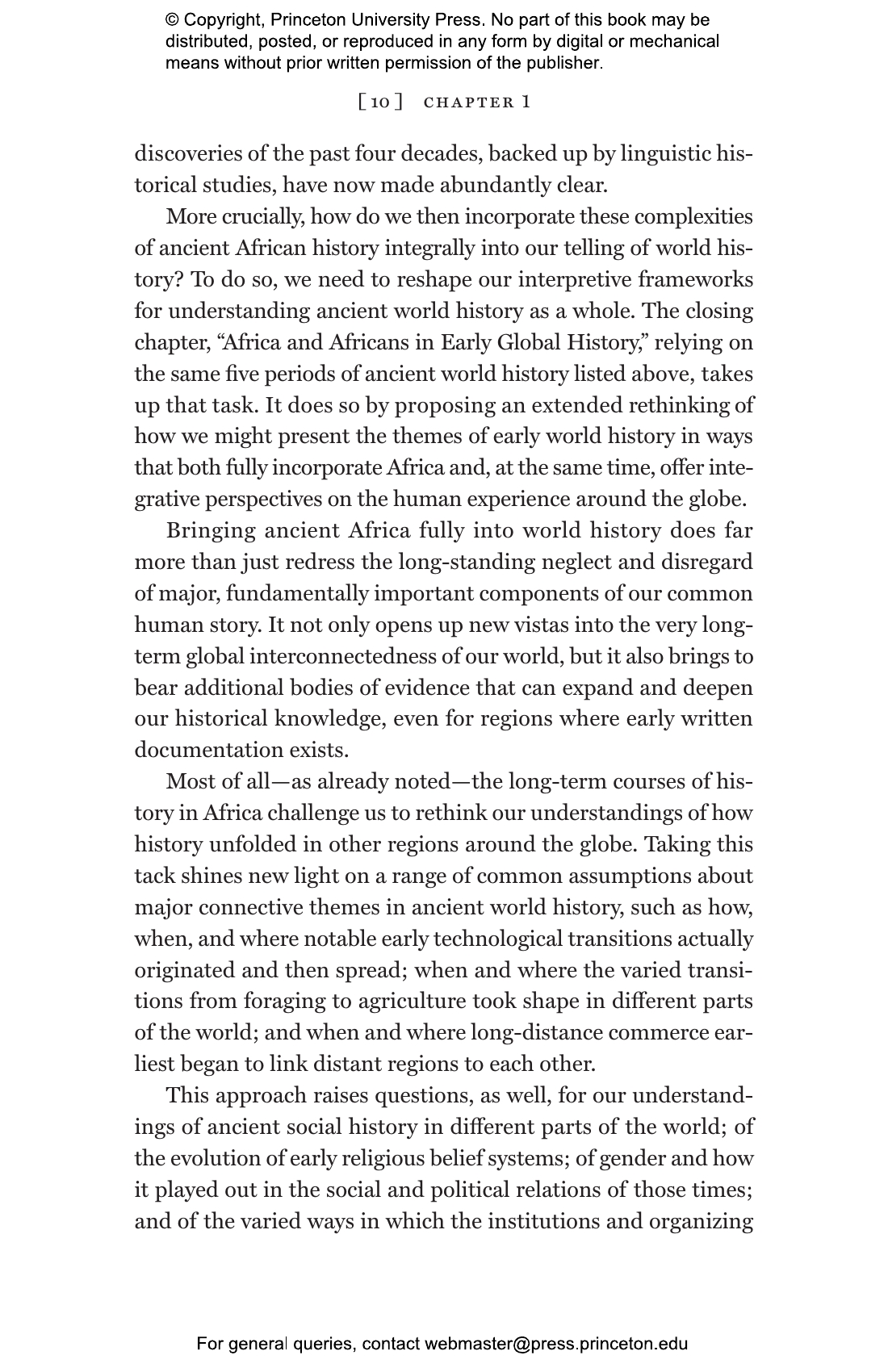 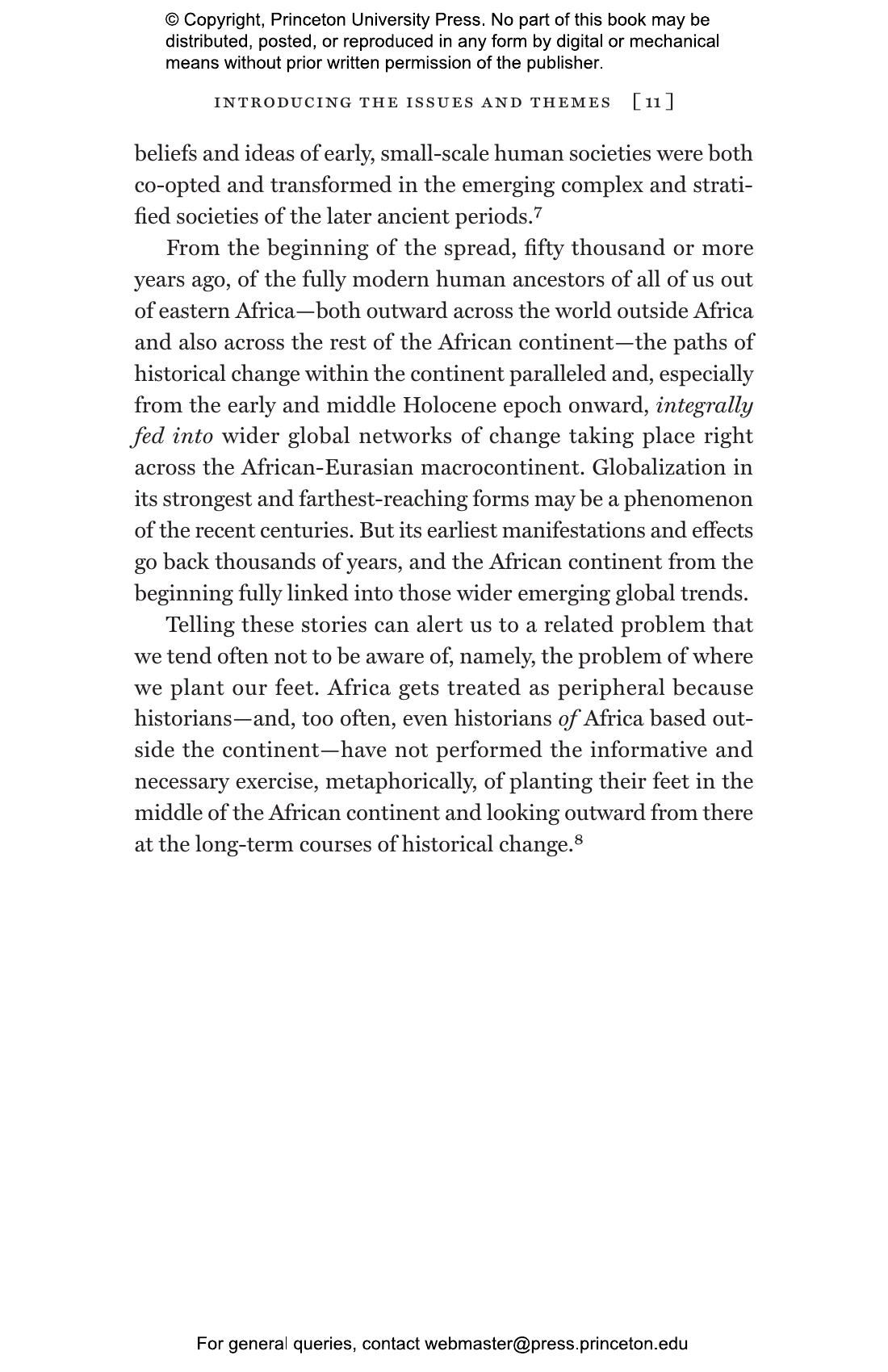 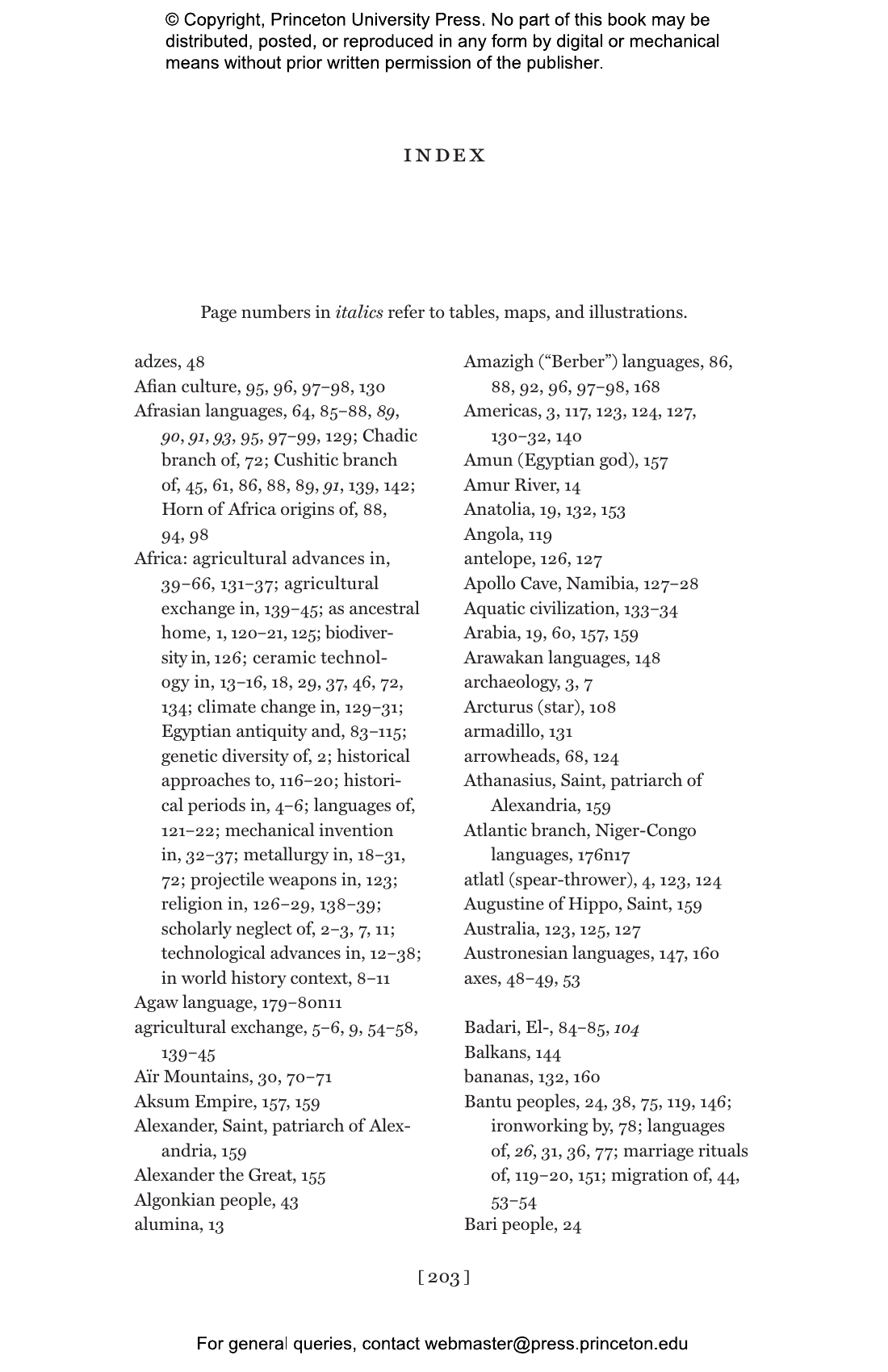 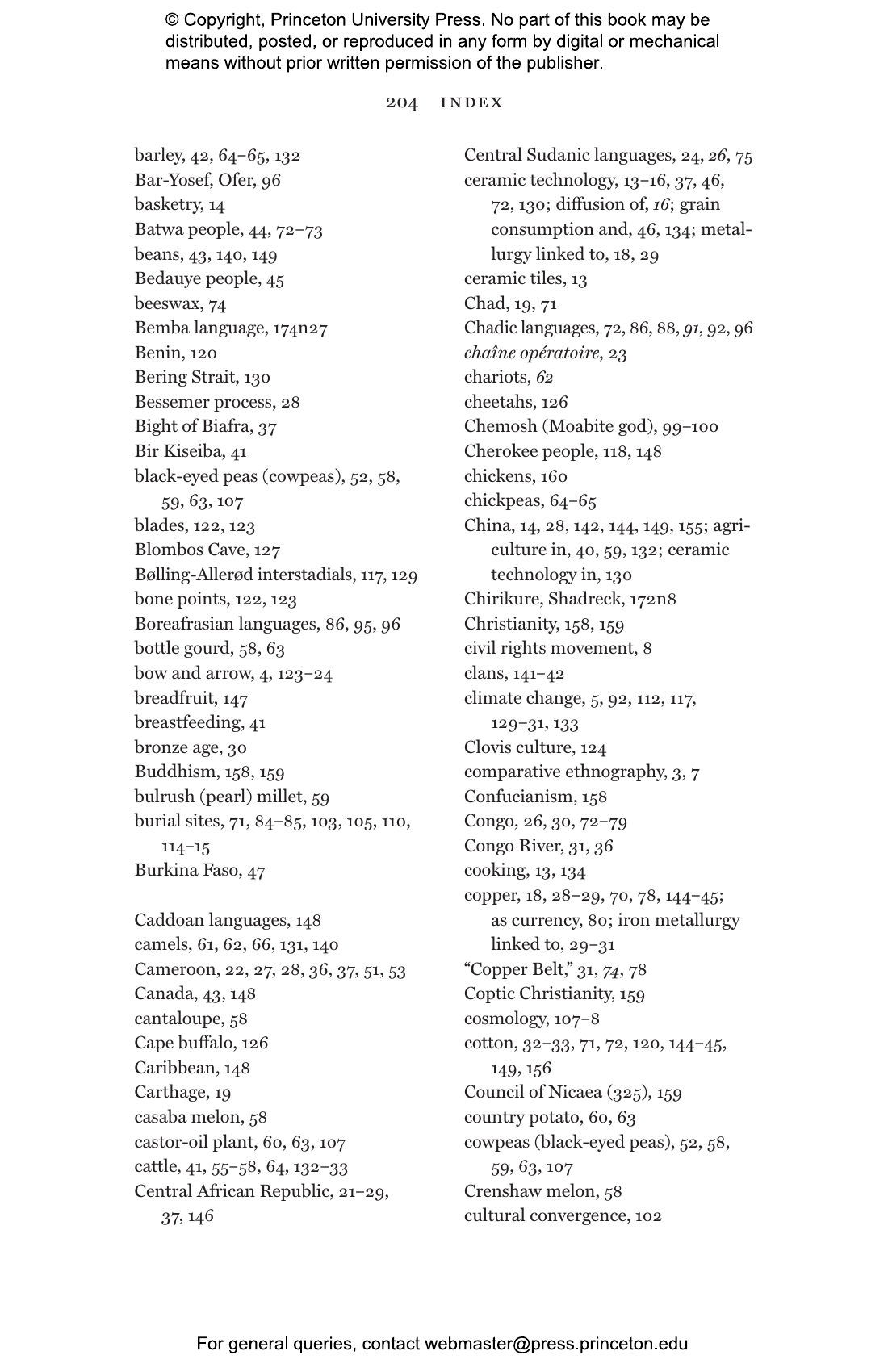 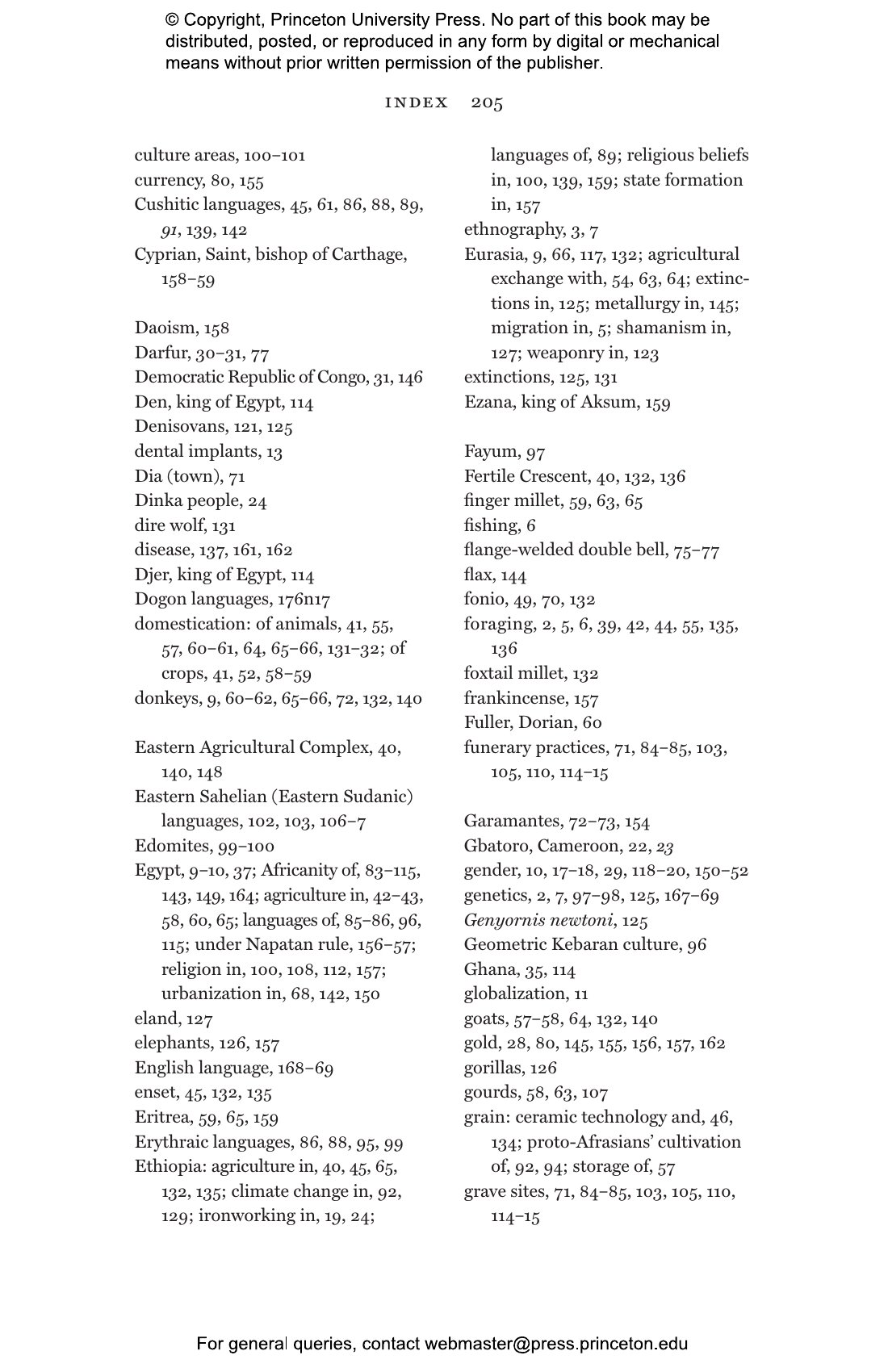 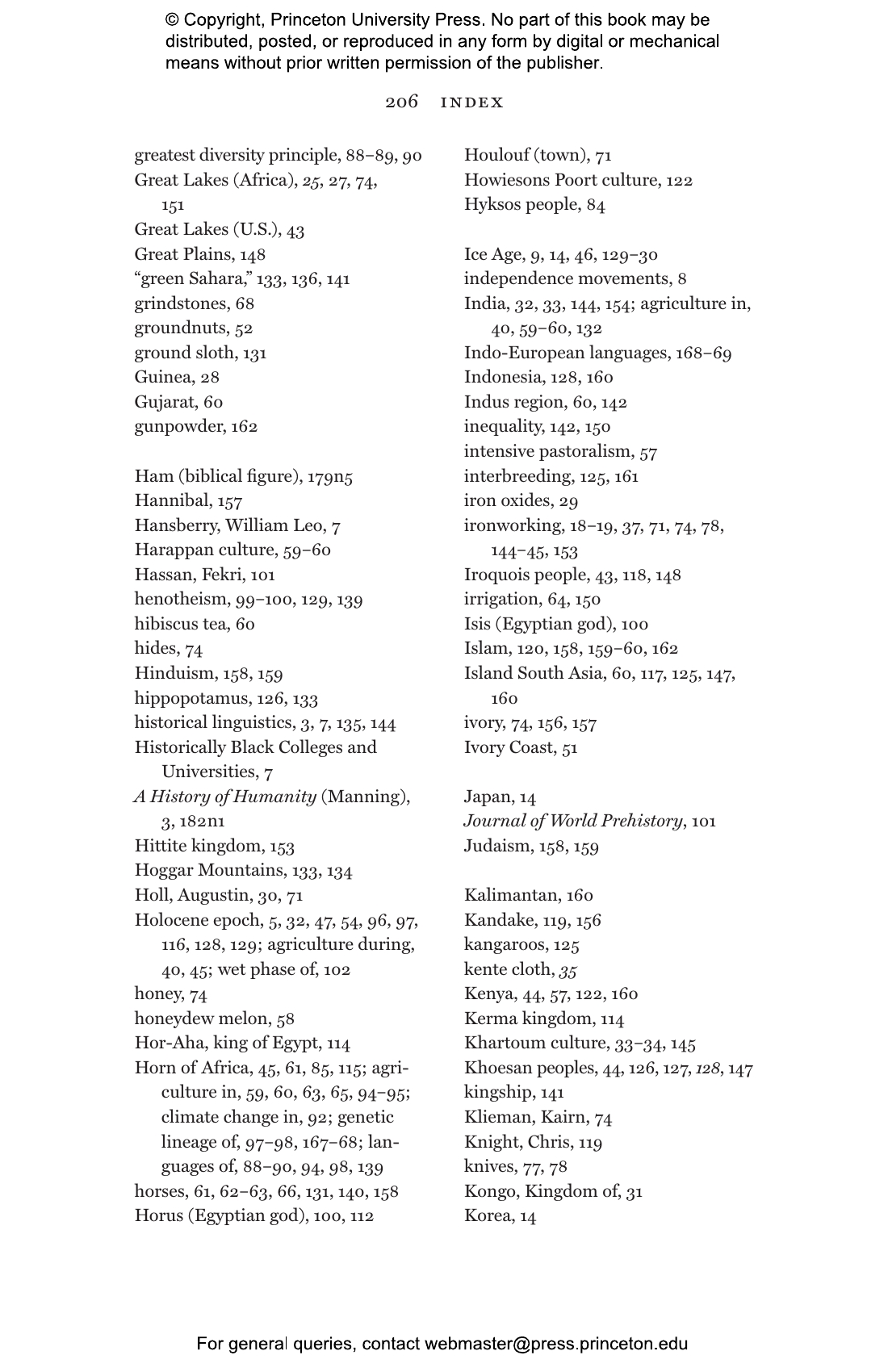 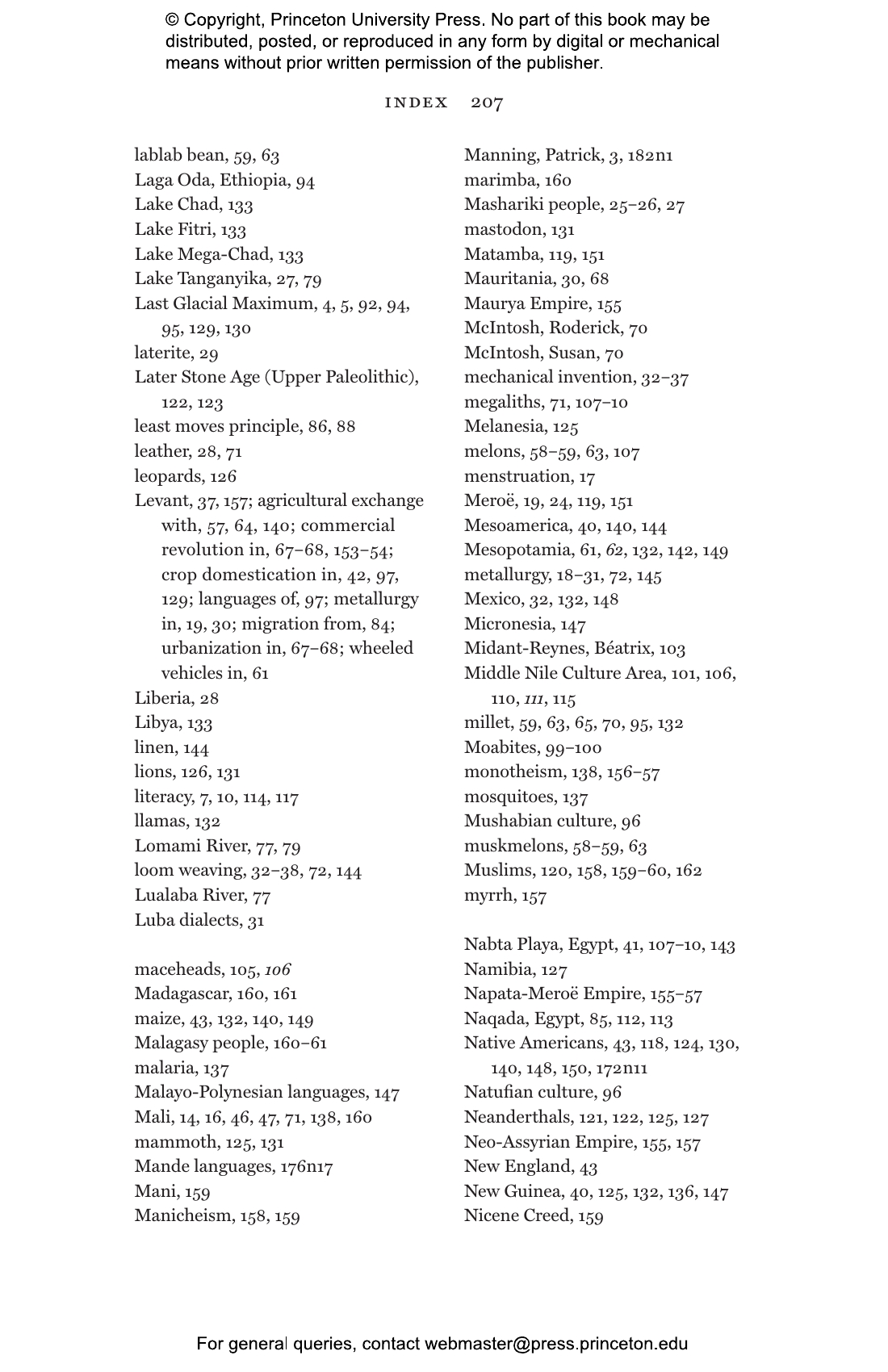 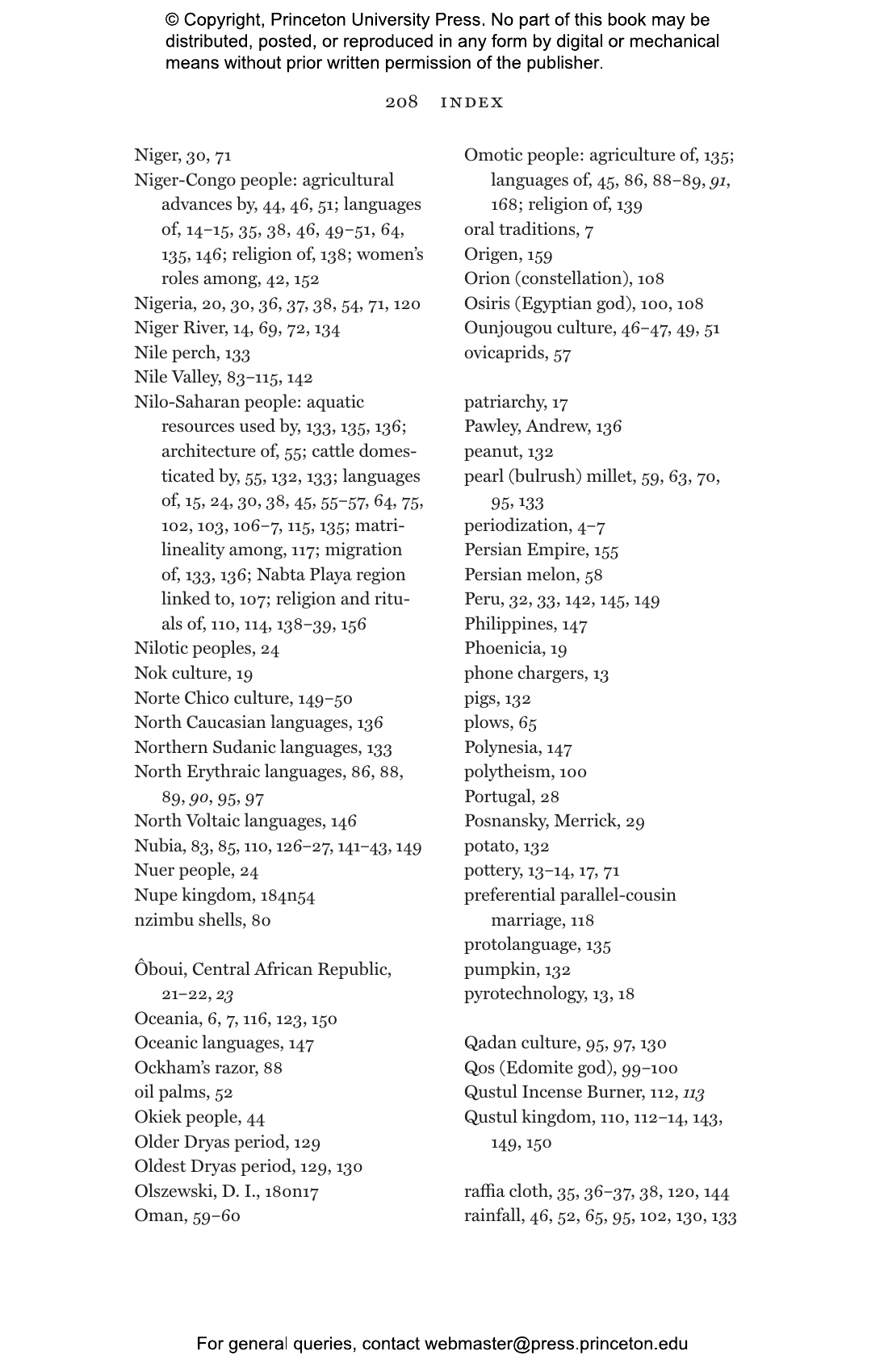 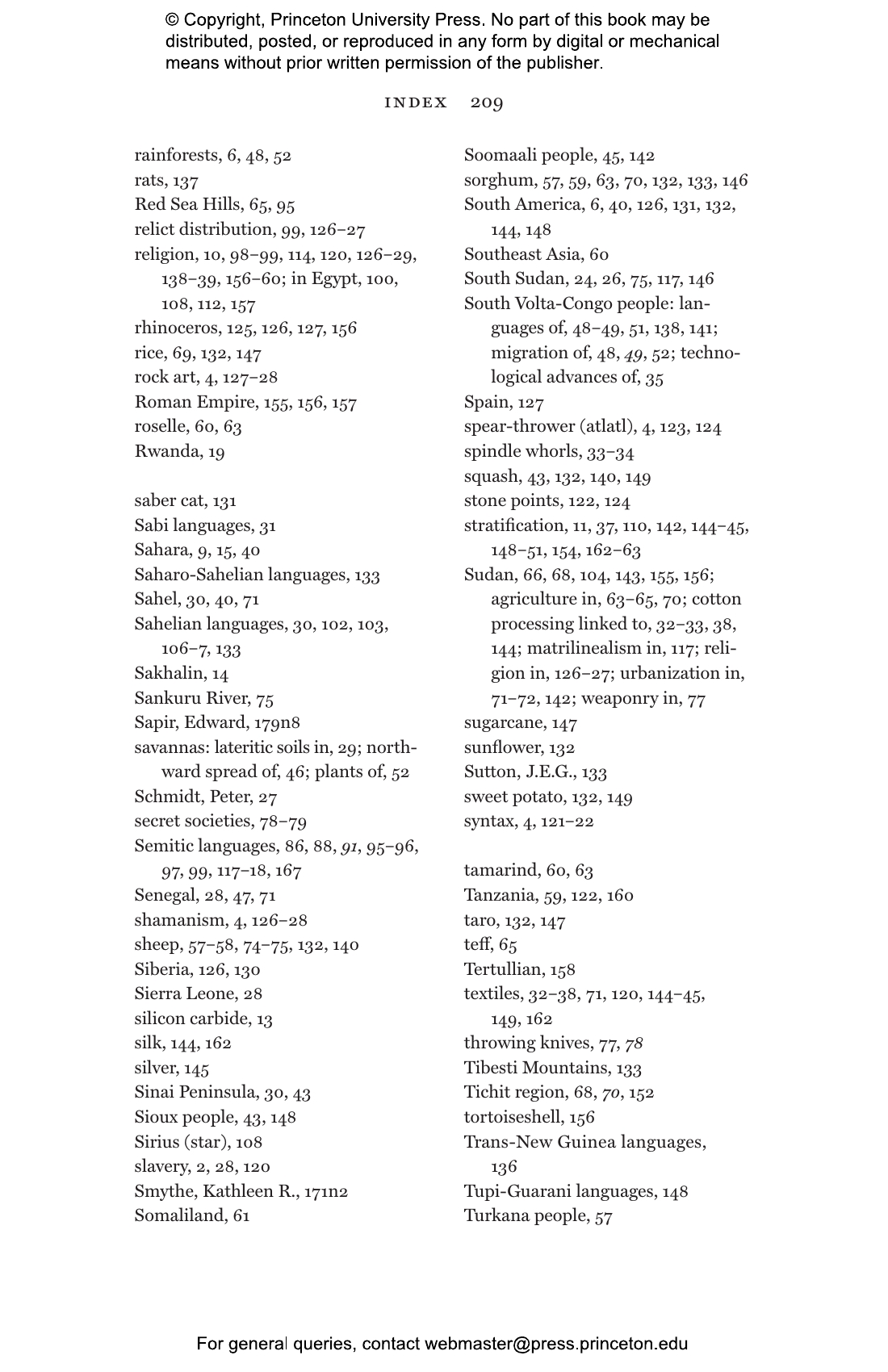 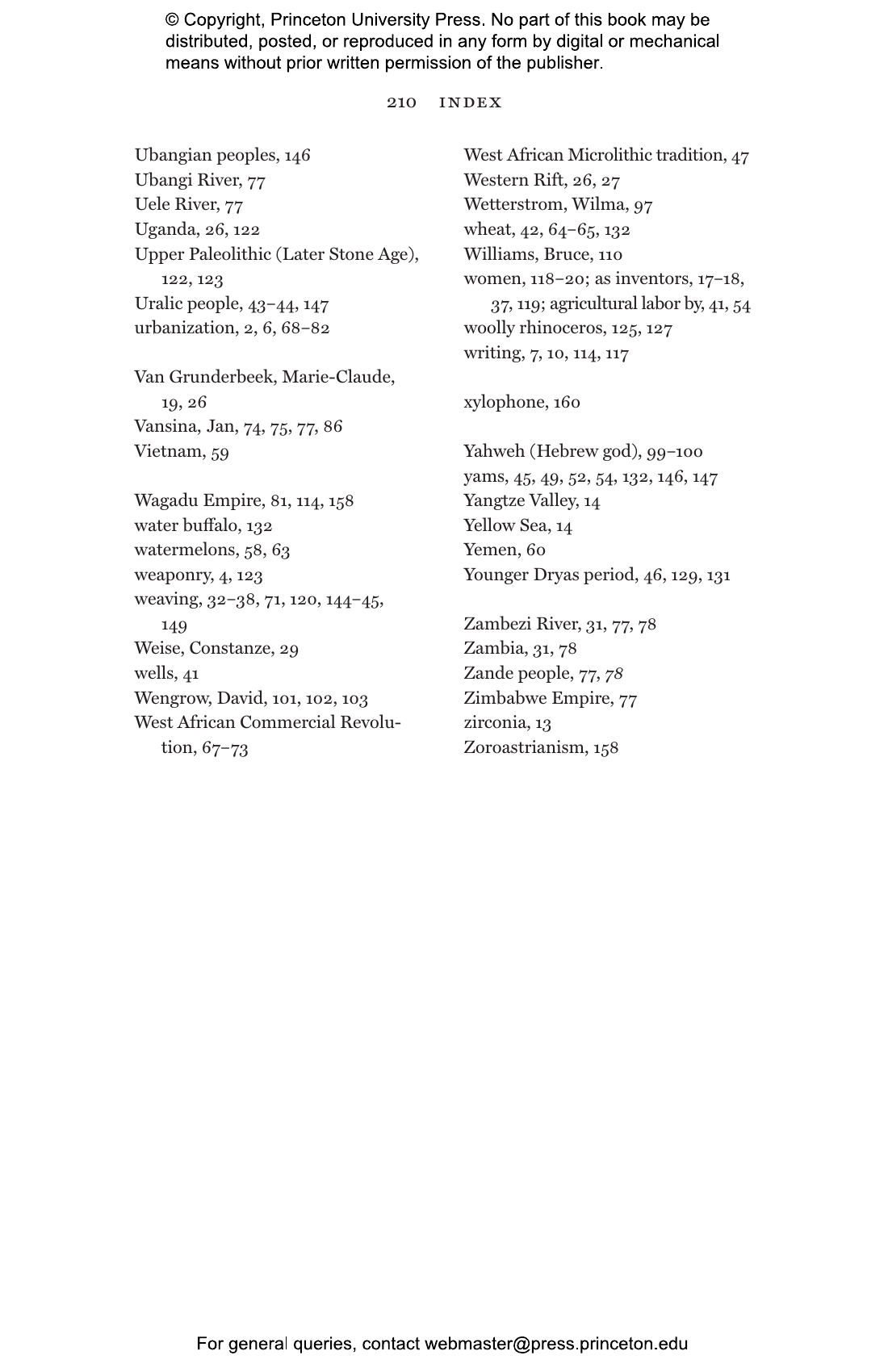 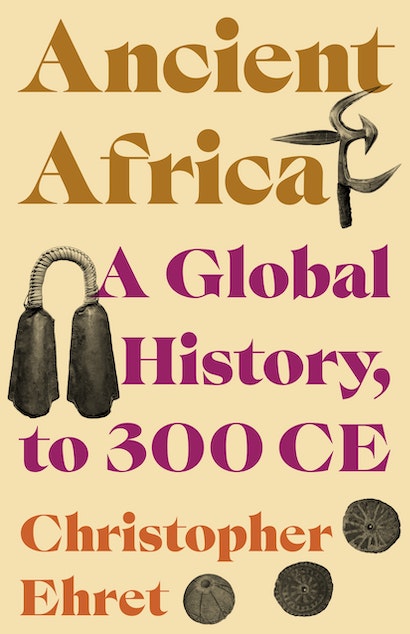 This book brings together archaeological and linguistic evidence to provide a sweeping global history of ancient Africa, tracing how the continent played an important role in the technological, agricultural, and economic transitions of world civilization. Christopher Ehret takes readers from the close of the last Ice Age some ten thousand years ago, when a changing climate allowed for the transition from hunting and gathering to the cultivation of crops and raising of livestock, to the rise of kingdoms and empires in the first centuries of the common era.

Ehret takes up the problem of how we discuss Africa in the context of global history, combining results of multiple disciplines. He sheds light on the rich history of technological innovation by African societies—from advances in ceramics to cotton weaving and iron smelting—highlighting the important contributions of women as inventors and innovators. He shows how Africa helped to usher in an age of agricultural exchange, exporting essential crops as well as new agricultural methods into other regions, and how African traders and merchants led a commercial revolution spanning diverse regions and cultures. Ehret lays out the deeply African foundations of ancient Egyptian culture, beliefs, and institutions and discusses early Christianity in Africa.

A monumental achievement by one of today’s eminent scholars, Ancient Africa offers vital new perspectives on our shared past, explaining why we need to reshape our historical frameworks for understanding the ancient world as a whole.

Christopher Ehret is Distinguished Research Professor in the History Department at the University of California, Los Angeles. His many books include The Civilizations of Africa: A History to 1800 and History and the Testimony of Language. 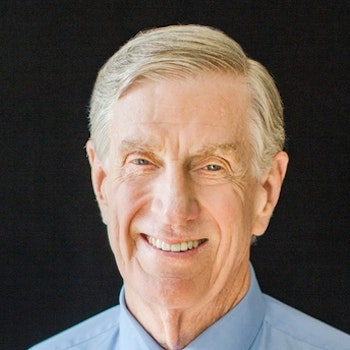 “Ehret illustrates how one can be a historian of deep time by using languages, artifacts, and genes as documents from the past. A culmination of this approach, this book is a masterful synthesis on the history of African societies in the past twenty thousand years and beyond.”—François-Xavier Fauvelle, author of The Golden Rhinoceros: Histories of the African Middle Ages

“This magisterial book presents Africa’s history from our earliest fully human ancestors to the African kingdoms of the first millennium, discussing along the way the independent invention of ceramics, agriculture, cotton weaving, iron smelting, and monotheism in Africa. Ehret’s volume restores Africa to its rightful place in global history.”—Solange Ashby, author of Calling Out to Isis: The Enduring Nubian Presence at Philae

“Ehret delivers a wide-ranging social history that provides an important corrective to the perception of Africa as a continent without history, including a clear and persuasive argument for ancient Egypt’s Africanity. He makes a compelling case for the significance of Africa in major human developments through independent invention and mutual influence rather than dependency, and takes a significant step toward fully integrating African accomplishments into world history.”—Stuart Tyson Smith, University of California, Santa Barbara

“In this brilliantly written and highly engaging volume, esteemed historian Christopher Ehret challenges the reader to reimagine early history through his masterful interweaving of Africa into the whole of global history, while also emphasizing women’s roles as innovators and inventors. Ancient Africa provides a compelling and accessible primer for anyone interested in early African history.”—Henry Louis Gates, Jr., coeditor of Who’s Black and Why? A Hidden Chapter from the Eighteenth-Century Invention of Race