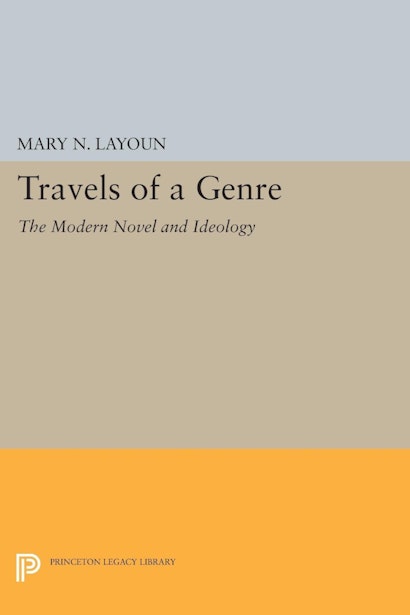 If the modern Western novel is linked to the rise of a literate bourgeoisie with particular social values and narrative expectations, to what extent can that history of the novel be anticipated in non-Western contexts? In this bold, insightful work Mary Layoun investigates the development of literary practice in the Greek, Arabic, and Japanese cultures, which initially considered the novel a foreign genre, a cultural accoutrement of “Western” influence. Offering a textual and contextual analysis of six novels representing early twentieth-century and contemporary literary fiction in these cultures, Layoun illuminates the networks of power in which genre migration and its interpretations have been implicated. She also examines the social and cultural practice of constructing and maintaining narratives, not only within books but outside of them as well. In each of the three cultural traditions, the literary debates surrounding the adoption and adaption of the modern novel focus on problematic formulations of the “modern” versus the “traditional,” the “Western” and “foreign” versus the “indigenous,” and notions of the modern bourgeois subject versus the precapitalist or precolonial subject. Layoun textually situates and analyzes these formulations in the early twentieth-century novels of Alexandros Papadiamandis (Greece), Yahya Haqqi (Egypt), and Natsume Soseki (Japan) and in the contemporary novels of Dimitris Hatzis (Greece), Ghassan Kanafani (Palestine), and Oe Kenzaburo (Japan).

"[A] considerable accomplishment of Layoun's investigation, which forcefully explores a literary comparison whose adoption time in 'the West' has come."—Comparative Literature Studies